Science & Tech
Igor Rozin
70 years ago, Russia created the AK-47 that quickly became the most popular assault rifle in the world. Even the world's most famous people - pop stars, politicians and sportsmen have posed with AKs in their hands. 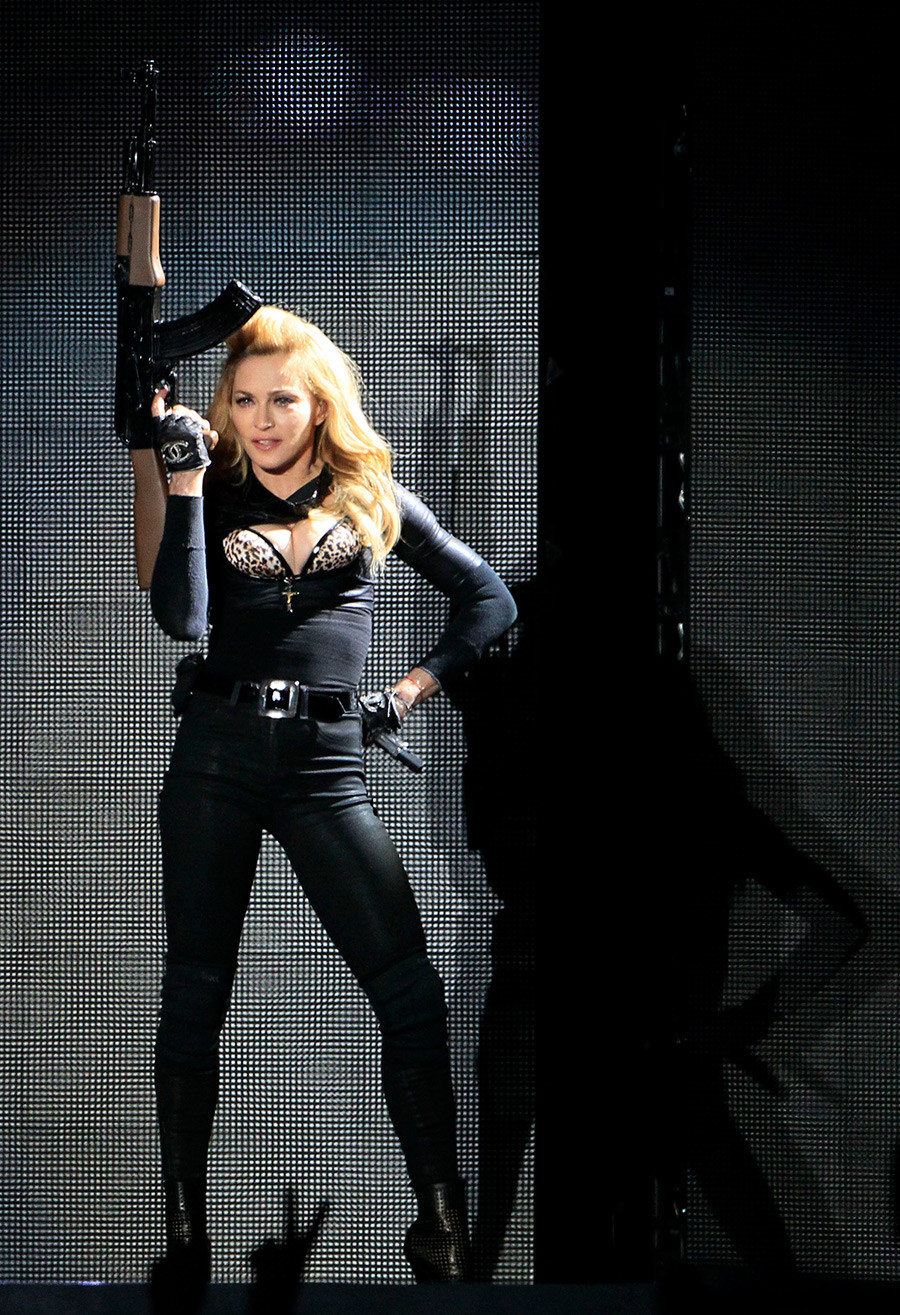 Madonna wielding an AK-47, used by modern-day insurgents, during her concert in 2012 in Israel. She told the crowd: “If there is peace here in the Middle East, there can be peace in the whole world.”

The AK-47 has become a symbol of that even the most influential people, like Madonna, love to incorporate with their image or in their shows. However, this gun turned into an integral part of pop and movie culture for a particular reason 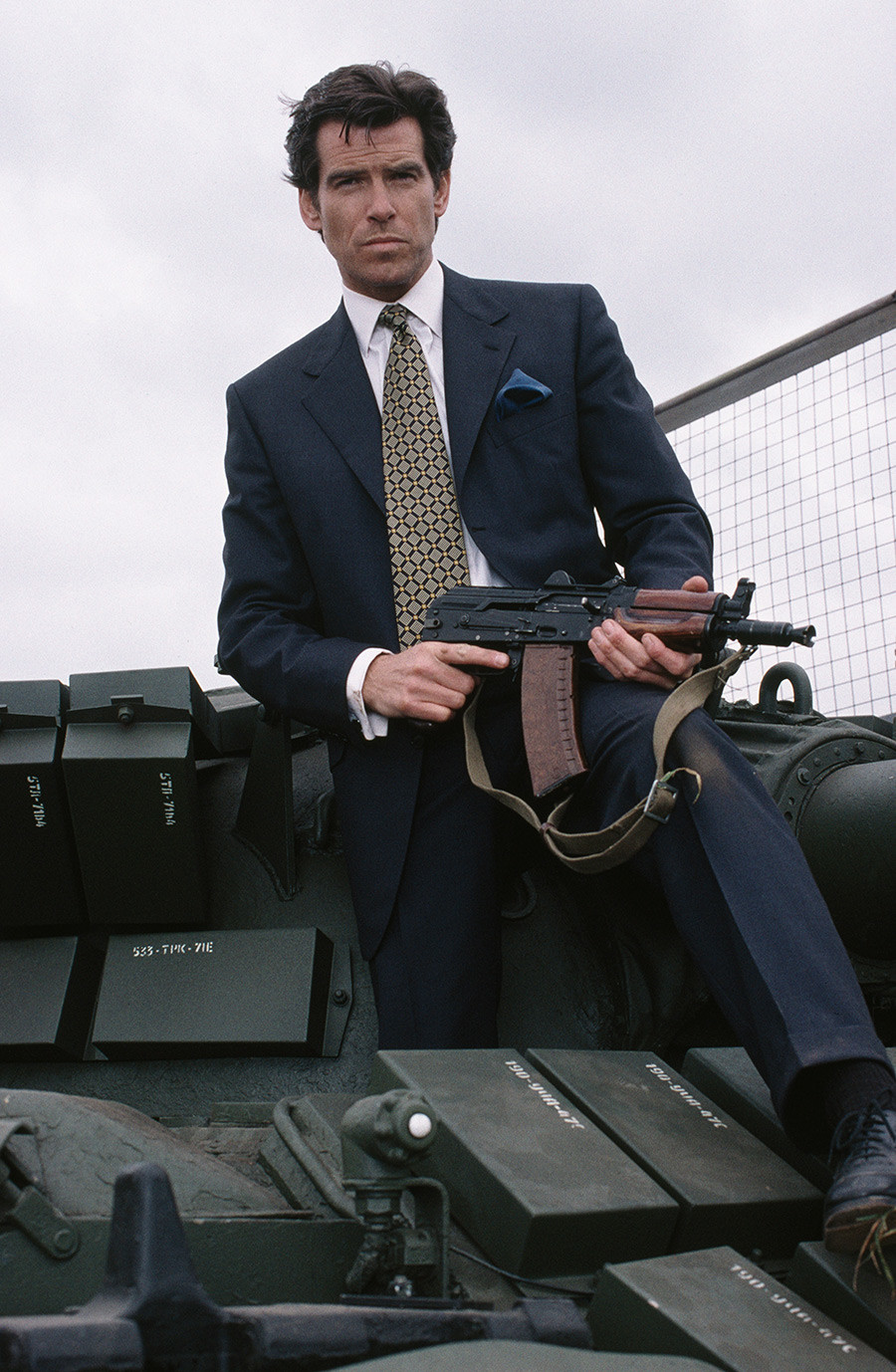 Pierce Brosnan with an AK in the 'Golden Eye’ movie from the James Bond series.

early 1940s saw the emergence of a new class of small arms: assault rifles. They first appeared in the hands of Nazi troops and would go on to effectively revolutionize the world of weapons production. And the Soviet Union was no exception to adopting such a new, effective weapon. 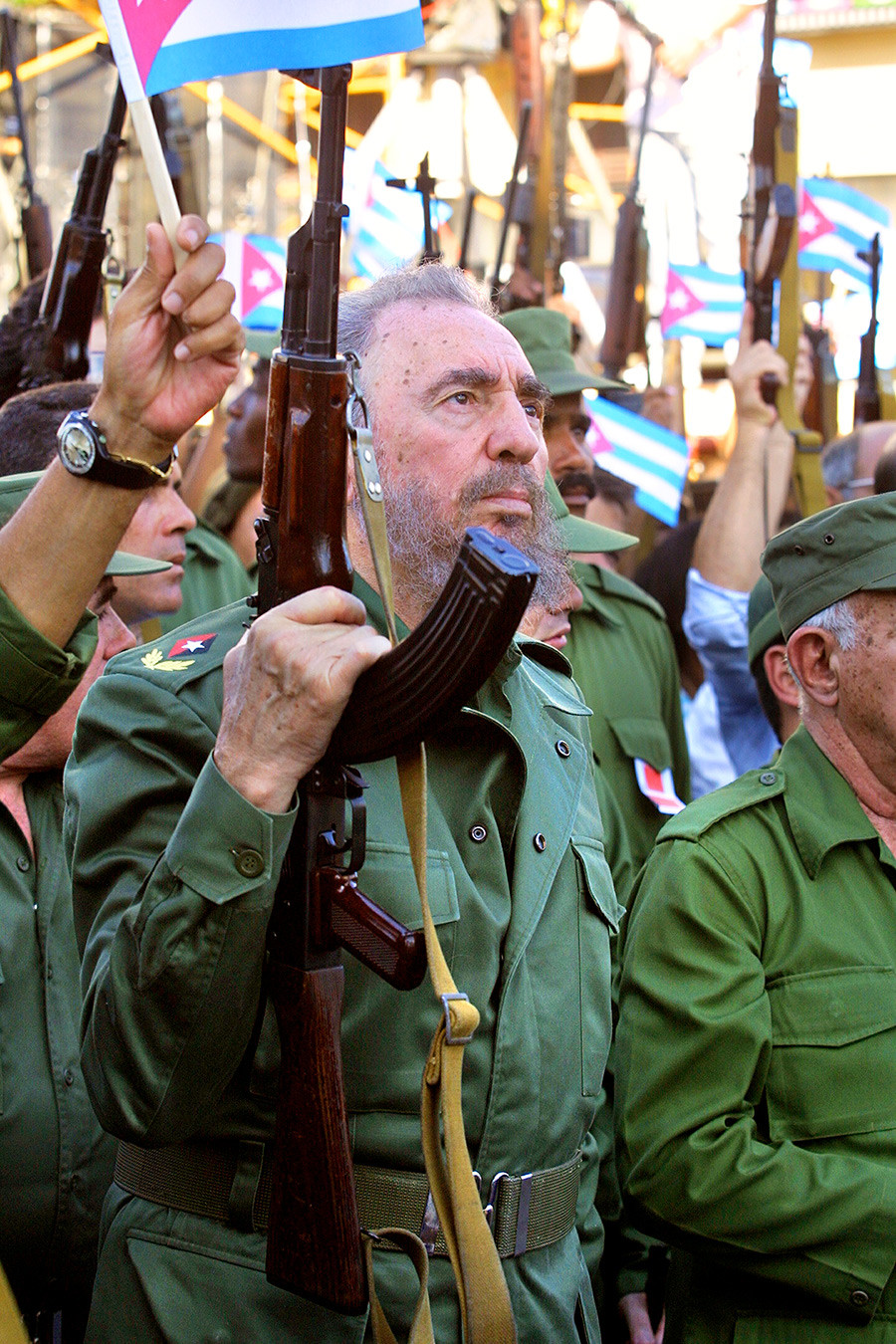 Cuban president Fidel Castro wielding an AK as a symbol of revolution during an annual revolution anniversary in 2001.

In a couple of years, the country produced its first AK-47 assault rifle, with a unique cartridge that stuck out in the middle, between where a standard rifle and a pistol one was located. The new round design allowed manufacturers to enhance the submachine gun potential of that age and turn them into one of the most powerful forces to reckon with. 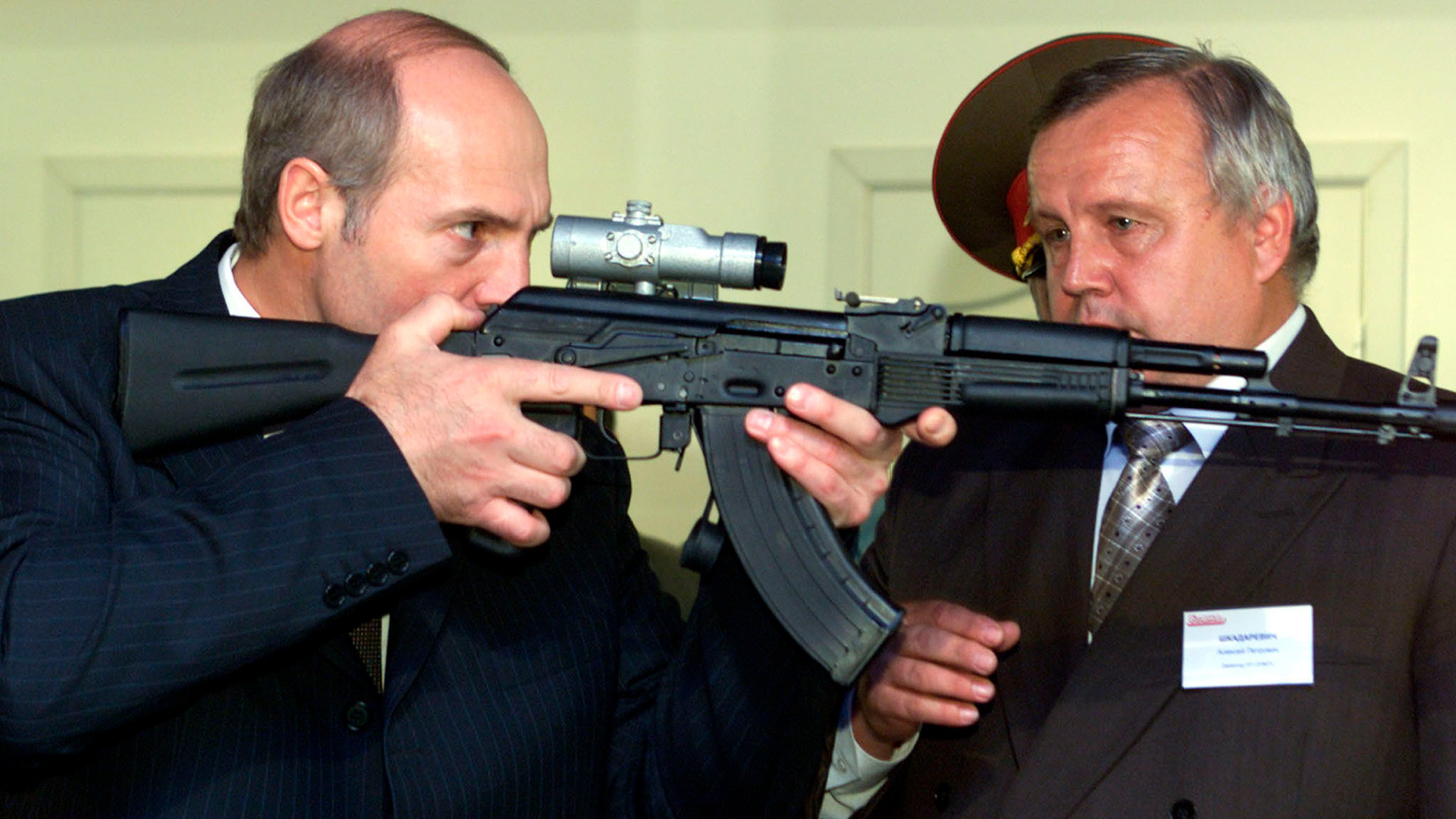 Belorussian president Alexander Lukashenko testing an AK at a manufacturing factory in Minsk in 2001.

So, the new AK-47 allowed shooters to fire in bursts and eliminate enemies at distances of up to 200 meters with powerful 7,62x39 mm rounds, which were able to penetrate brick walls. 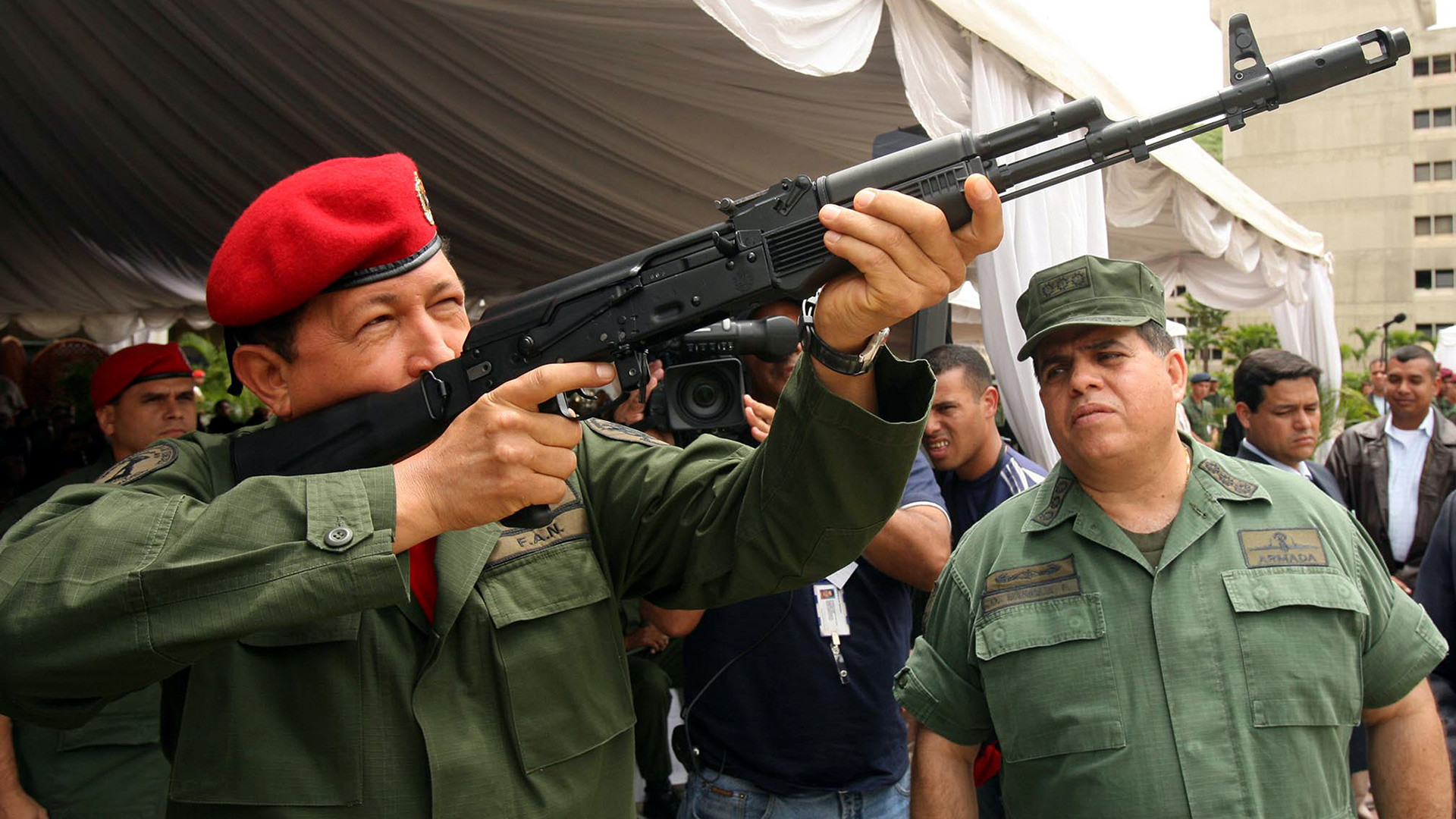 Venezuelan president Hugo Chavez with an AK-103 during a military exhibition in Caracas in 2006.

Nevertheless, this new Soviet gun still had to undergo a number of modifications to become one of the most widespread weapons in the world. Its main issue at an early stage of production was its fire accuracy, or more precisely, the total lack of it. 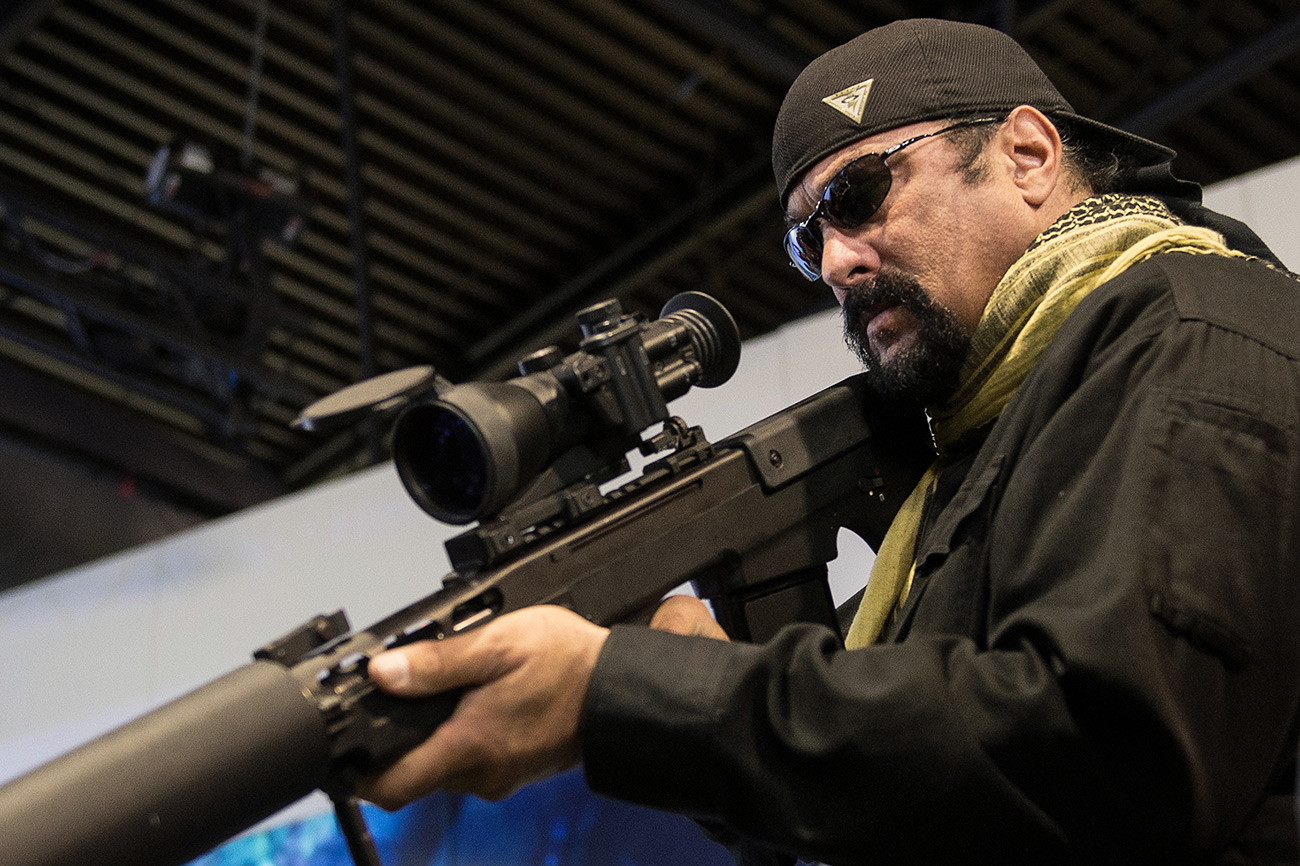 Actor Steven Seagal checking an AK during a military exhibition in Russia in 2006.

With the help of captured German engineers from the Schmeisser concern during World War II, Moscow fixed the issue and produced one of the most reliable gun platforms ever created. It could withstand sand, dirt water and could shoot in any weather conditions - something not many rifles, and weapons in can boast about. 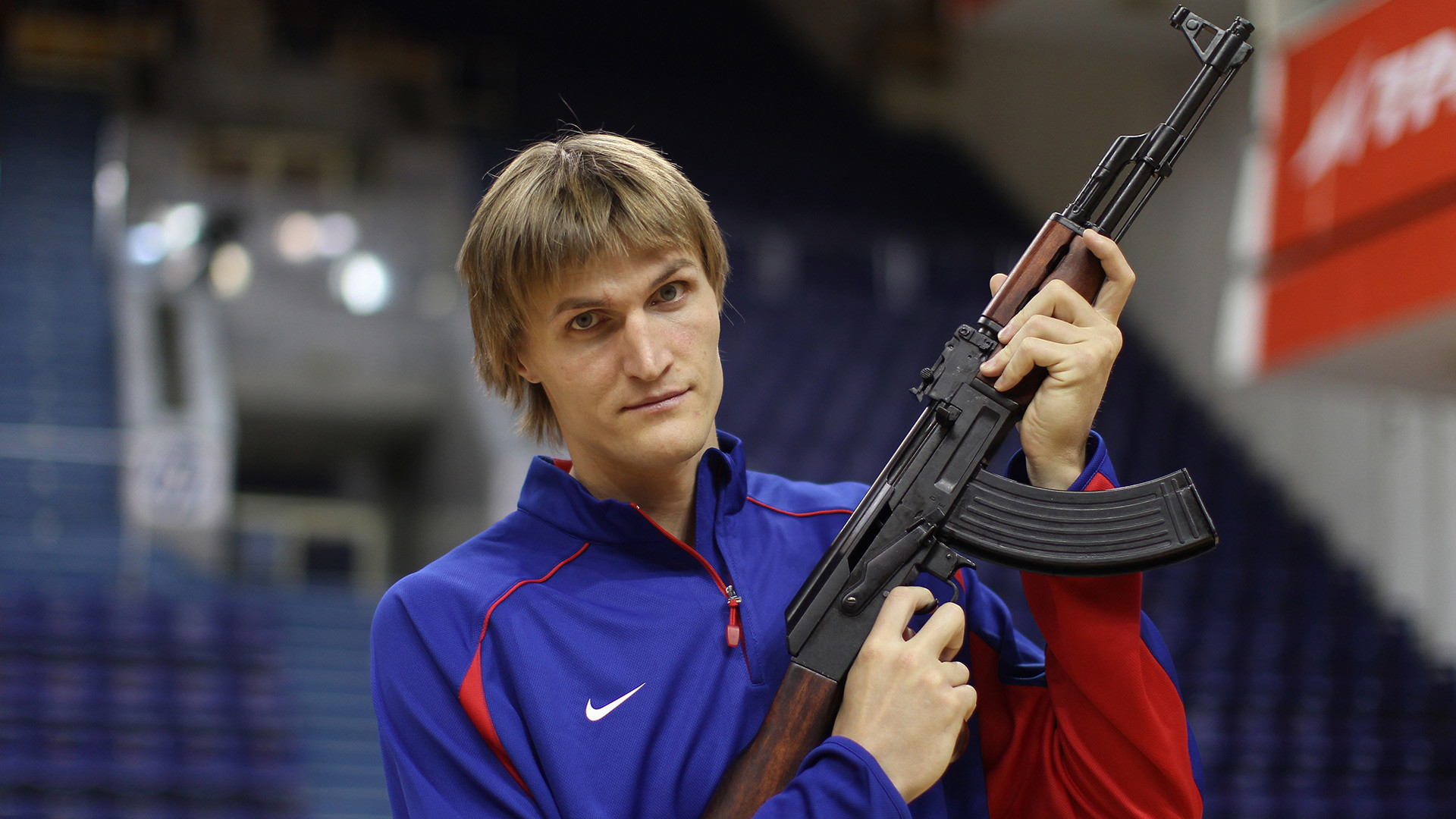 Basketball superstar Andrei Kirilenko wielding an AK in a photoshoot for his new basketball club.

This reliability, alongside ease of production, became the secret of global success. 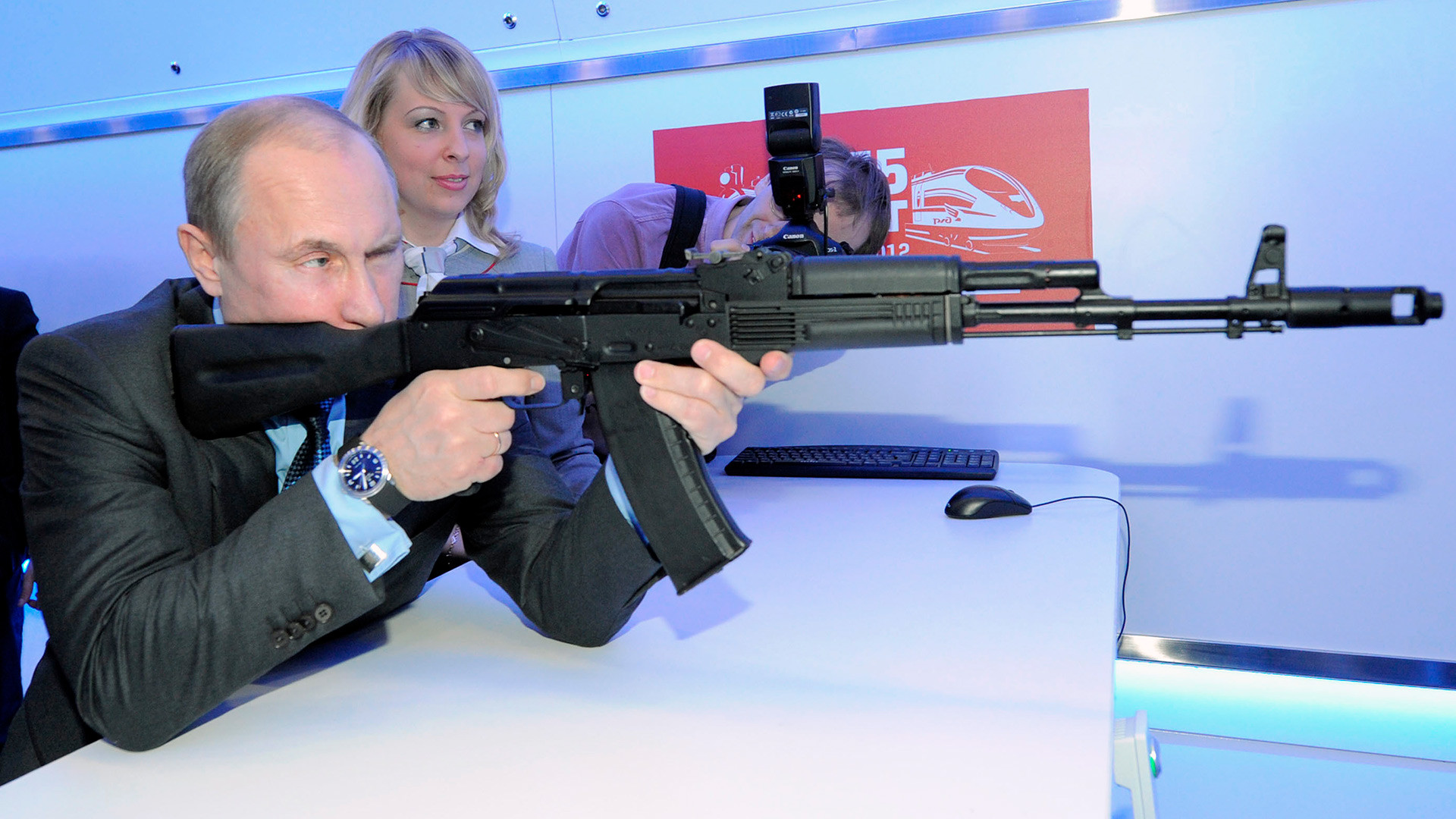 Russian president Vladimir Putin testing an AK-74 during a military exhibition in Russia.

Nowadays, there are around 100 million officially produced AK rifles around the world. And there are probably even more reverse-engineered copies in third world countries. These backyard-manufactured weapons can often be seen in the hands of so-called ‘freedom fighters’ or ‘partisans’. 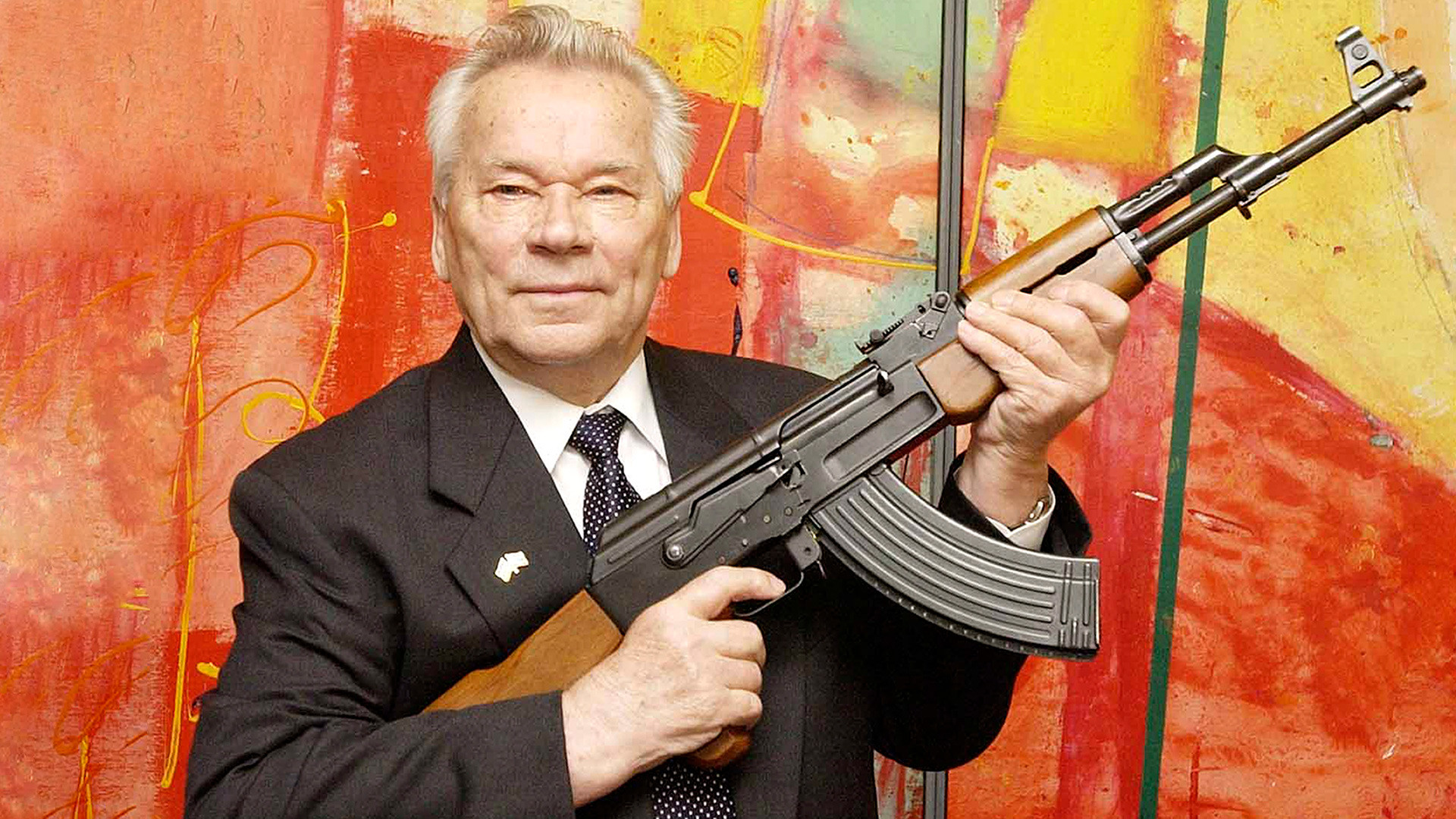 Besides that, AKs are simply cheaper than its direct competitors. For example, a basic AK-47 carries a price tag of around $300-500, while an American AR-15 gun will cost no less than $1000.