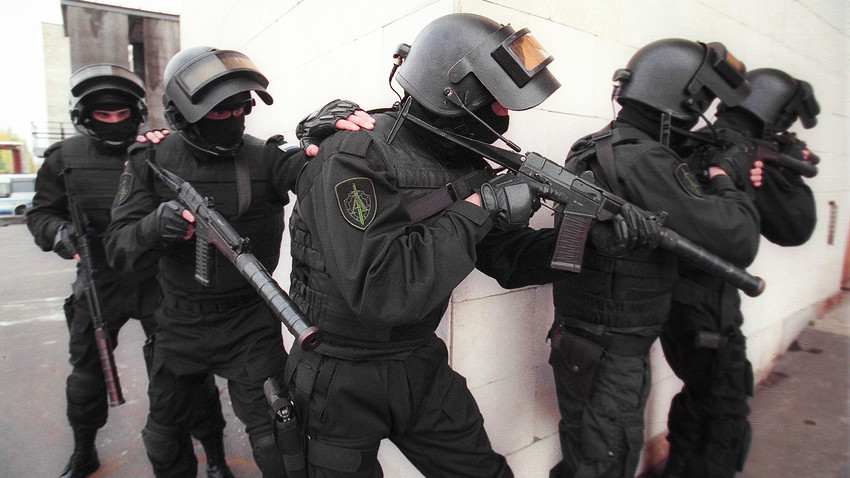 SpetsnazAlpha (CC BY-SA 3.0)
The Federal Security Service’s (FSB) Alpha Group have eliminated dozens of terrorists while saving the lives of thousands of civilians. Here are three of the most intense operations which cemented the group as of one of the most effective counter-terrorism forces in the world. 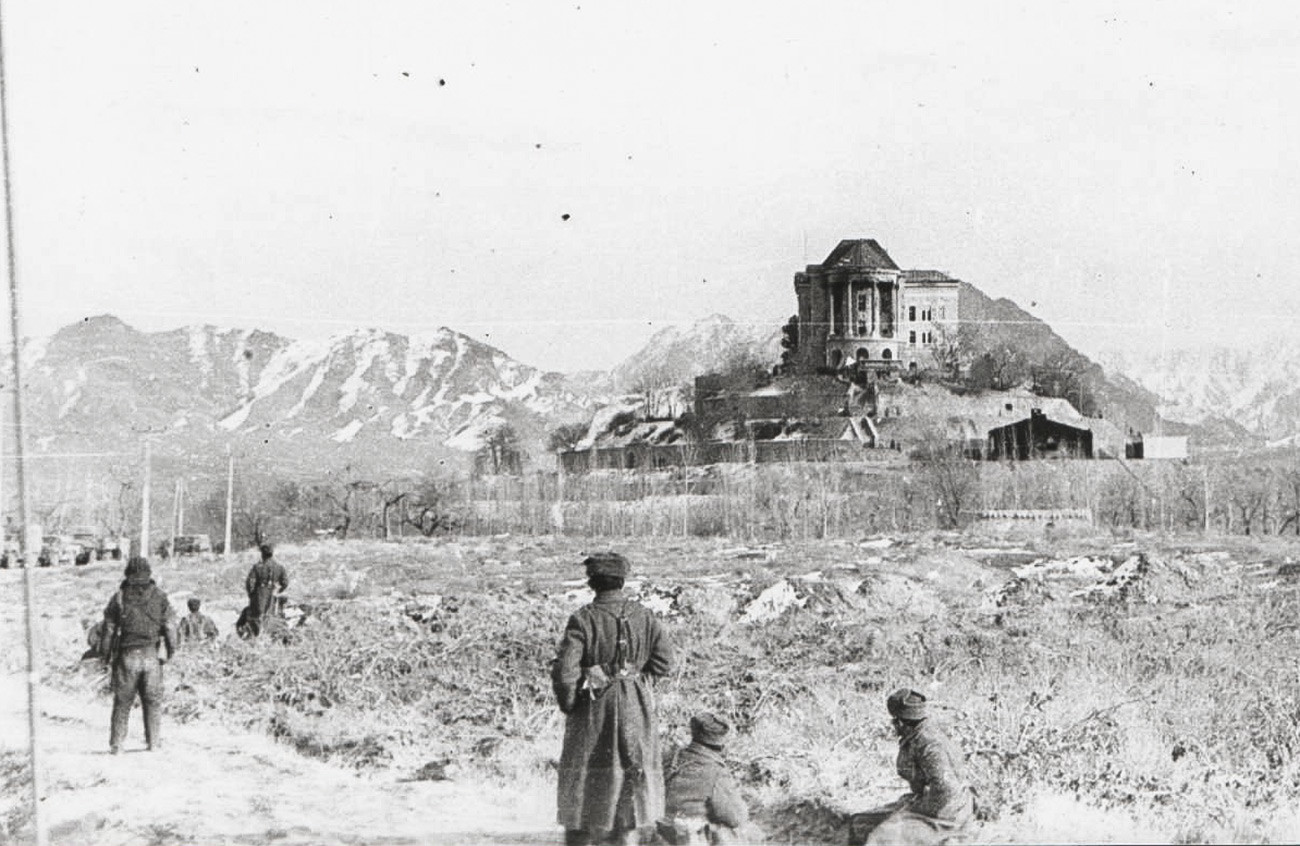 One of Alpha Group’s first operations became its most known ever. In 1979, the Soviet leadership decided to eliminate Afghan leader Hafizullah Amin and replace him with another head, more willing to collaborate.

Alpha Group officers, along with colleagues from the GRU spetsnaz and soldiers of the 9th Guards Airborne Company (in total ca. 700 men), had been given an almost impossible task: to mount an assault on the well-protected Tajbeg Palace in Kabul, where Amin was hiding under the protection of almost 2,000 guards.

Under heavy enemy fire, the Soviet soldiers crossed the only road to the Palace in several APCs and managed break inside. Amid fierce shootouts, they cleared room after room, floor after floor.

After just 43 minutes, the officers terminated most of Amin’s guards and took several hundred as prisoners.

During Operation Storm-333, as the assault became known, 20 Soviet Spetsnaz fighters and paratroopers were killed. The Afghan side lost up to 400 men, including the main target - Hafizullah Amin.

“This was the first such operation for the Soviet Union,” Alpha veteran Alexey Philatov recalls. “It contradicted the whole military strategy, which states attackers should always outnumber opponents 3 or 4 to one. Here, everything was vice versa.” 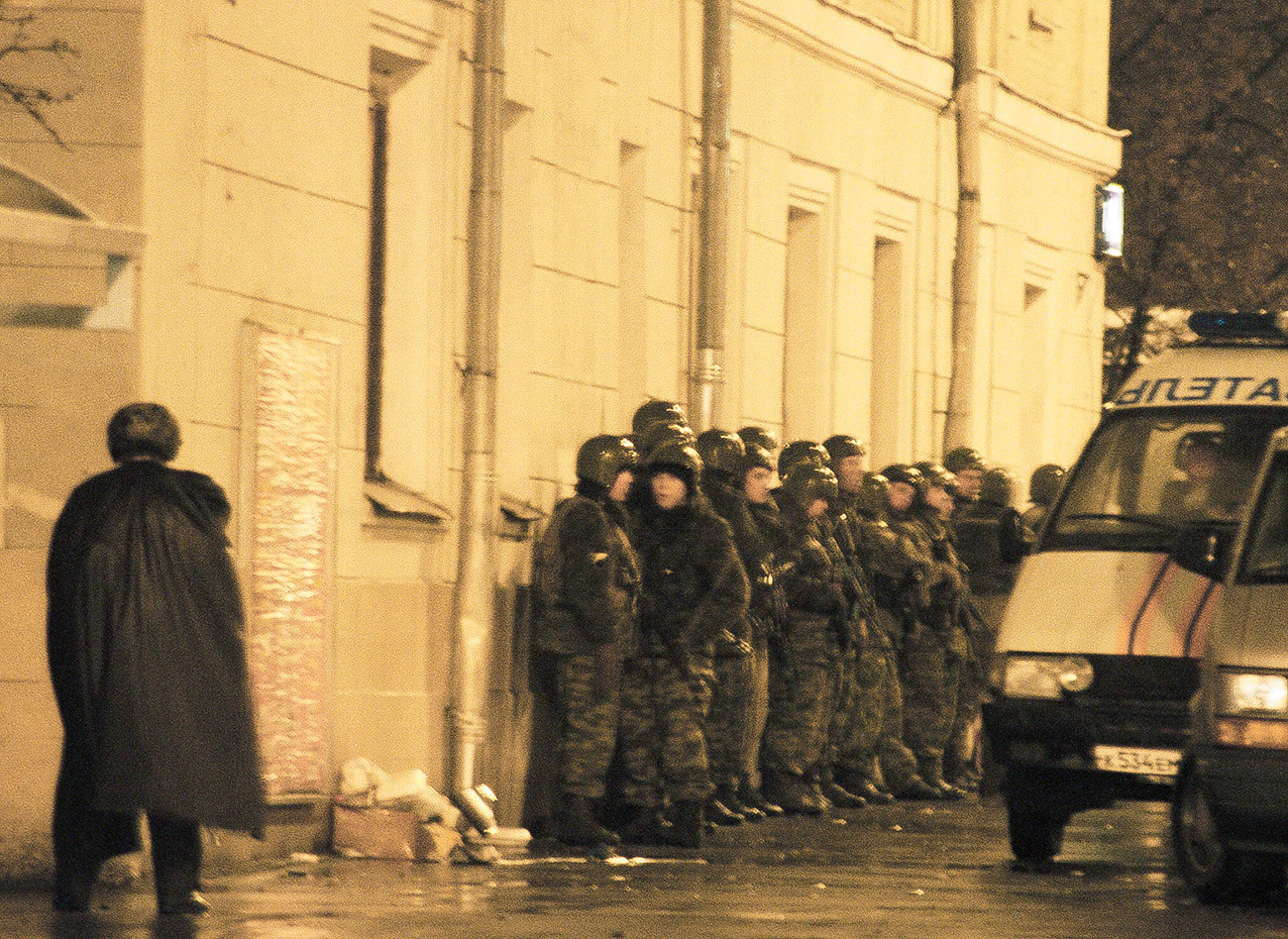 On October 23, 2002, 40 Chechen terrorists seized a concert hall in Moscow during the performance of the Nord-Ost musical. As a result, 916 people were taken hostage.

After days of negotiations had failed, the decision was made to launch an assault with FSB’s Alpha and Vympel Groups. It began early in the morning on October 26.

The biggest problem for Spetsnaz officers was the fact that the whole concert hall was mined, and at the slightest sign of attack, could be detonated by the terrorists, killing everybody inside.

Because of the circumstances, authorities decided to pump a nerve gas through the ventilation system to stop the terrorists. After Alpha and Vympel fighters quietly snuck into the building, they only had a few minutes to complete the operation.

“With precise fire from the silenced weapons, all terrorists in the hall were eliminated. We shot without fail - hitting the body could lead to the explosives’ detonation. That’s why we aimed for their heads,” an anonymous former Alpha officer recalls.

It took 5 minutes to eliminate all terrorists inside the hall and 10 minutes more to finish off those who managed to hide in adjacent rooms.

The Nord-Ost assault was a hard challenge, even for the professional Alpha and Vympel officers: an area full of hundreds of civilians with a very real risk of triggering an explosive somewhere among them. Still, their fast, efficient and well-coordinated actions saved the lives of 750 hostages.

As a result of the operation, all terrorists, including female suicide bombers, were eliminated. Unfortunately, 67 civilians were killed during the assault and 63 died later in hospitals. Many believe the nerve gas caused the deaths of most of the hostages. Ambulances turned out to be unready to provide a proper assistance for those who suffered from it. 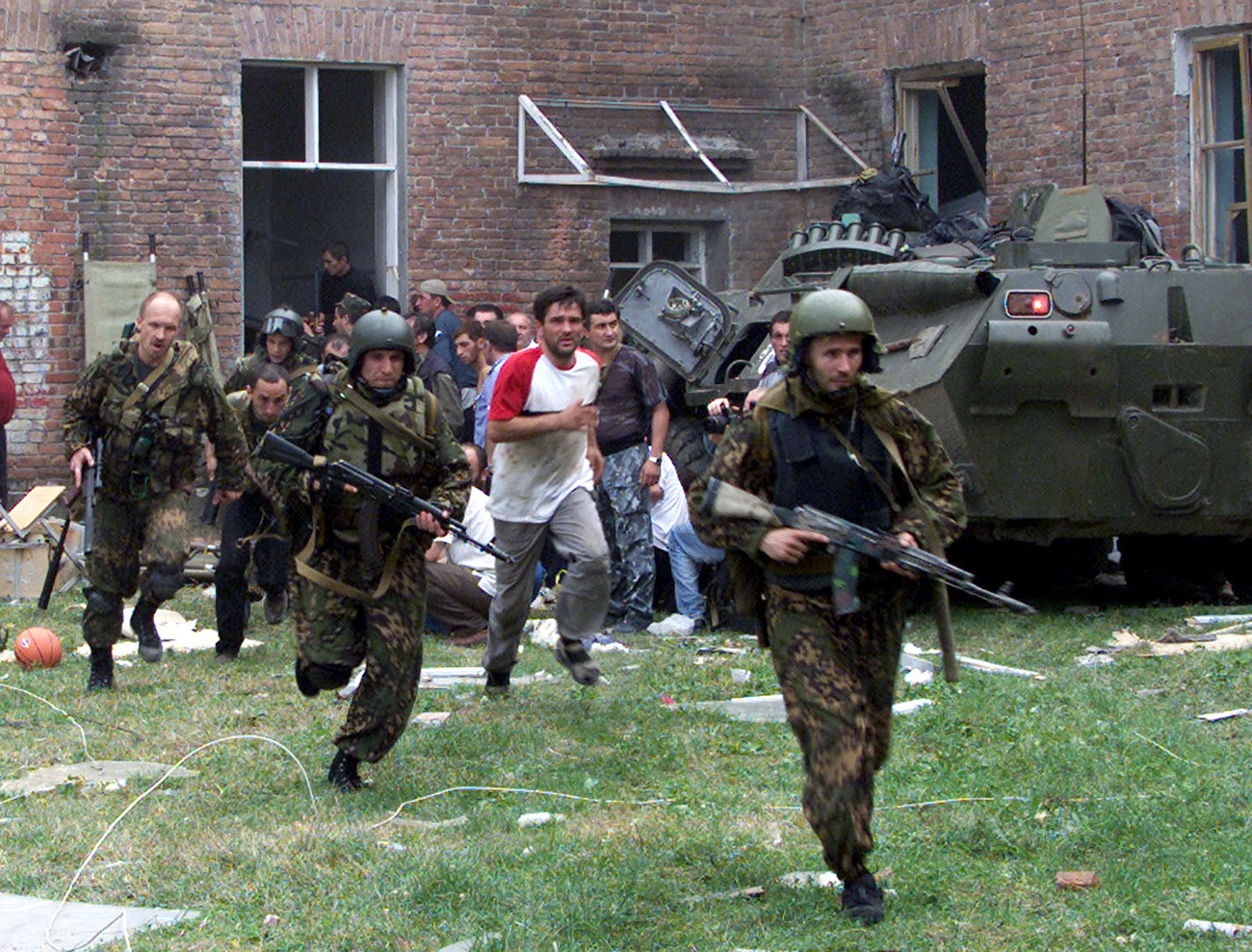 This was one of the most heroic and tragic pages in the history of the Alpha Group. On September 1, 2004, 32 Chechen terrorists seized a school in the town of Beslan in North Ossetia.

1,128 people, most of whom were children, became hostages and were kept in unbearable and cruel conditions.

On the third day of the siege a denouement began: several explosions unexpectedly shook the building, and many hostages tried to escape the school through the blasted holes in the walls. Alpha and Vympel Groups were instantly ordered to assist them.

Terrorists began firing at the fleeing hostages and some officers were literally covering them with their bodies. After saving those who fled, Spetsnaz fighters rushed towards the building to save those who had been left behind.

There was a fierce battle in each room, corridor, and on every floor. Alpha and Vympel fighters sacrificed themselves several times to save the lives of the remaining children and teachers.

“A Spetsnaz fighter was crawling inside through the cut lattice,” one of the hostages recalled. “Seeing this, one of the terrorists threw something into our crowd. I didn’t instantly get what it was. But a Spetsnaz fighter jumped right from a nearby window and covered it with his body. What happened next was a blast. The name of the soldier who saved us all was Andrey Turkin.”

During the Beslan school siege 314 civilians, including 186 children, were killed. 31 terrorists were eliminated and one was taken alive.

Alpha and Vympel Groups lost 10 fighters. This was the largest casualty number suffered by the Russian Special Forces in one battle during their entire history.