Science & Tech
Igor Rozin
Kremlin.ru
Russia held its 80th Navy Day celebrations by showcasing its newest and latest additions to the fleet in cities across the country.

The focus of the celebrations was in St. Petersburg, Russian President Vladimir Putin's home city. Traditionally, the Russian leader himself makes a salute as the parade rolls by 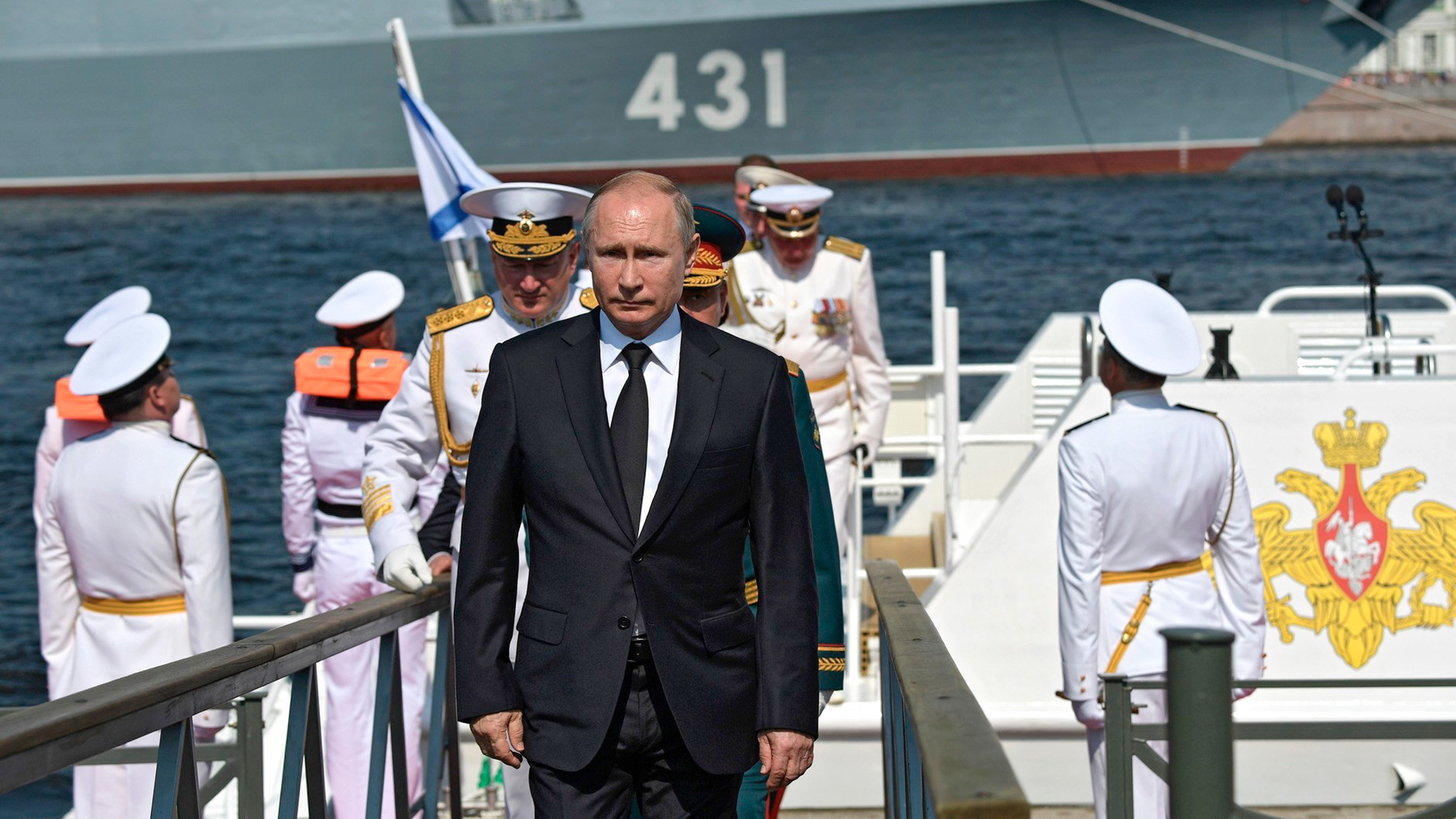 year, citizens and visitors of St. Petersburg were able to witness the biggest - and heaviest - nuclear submarine in the world - the ‘Dmitry Donskoy’. Armed with ‘Bulava’ intercontinental ballistic missiles, this submarine is the last from the fallen Soviet nuclear empire. These days, ‘Dmitriy Donskoy’ class submarines are to be replaced with fourth-generation class underwater monsters called ‘Borei’, that you can read all about here. 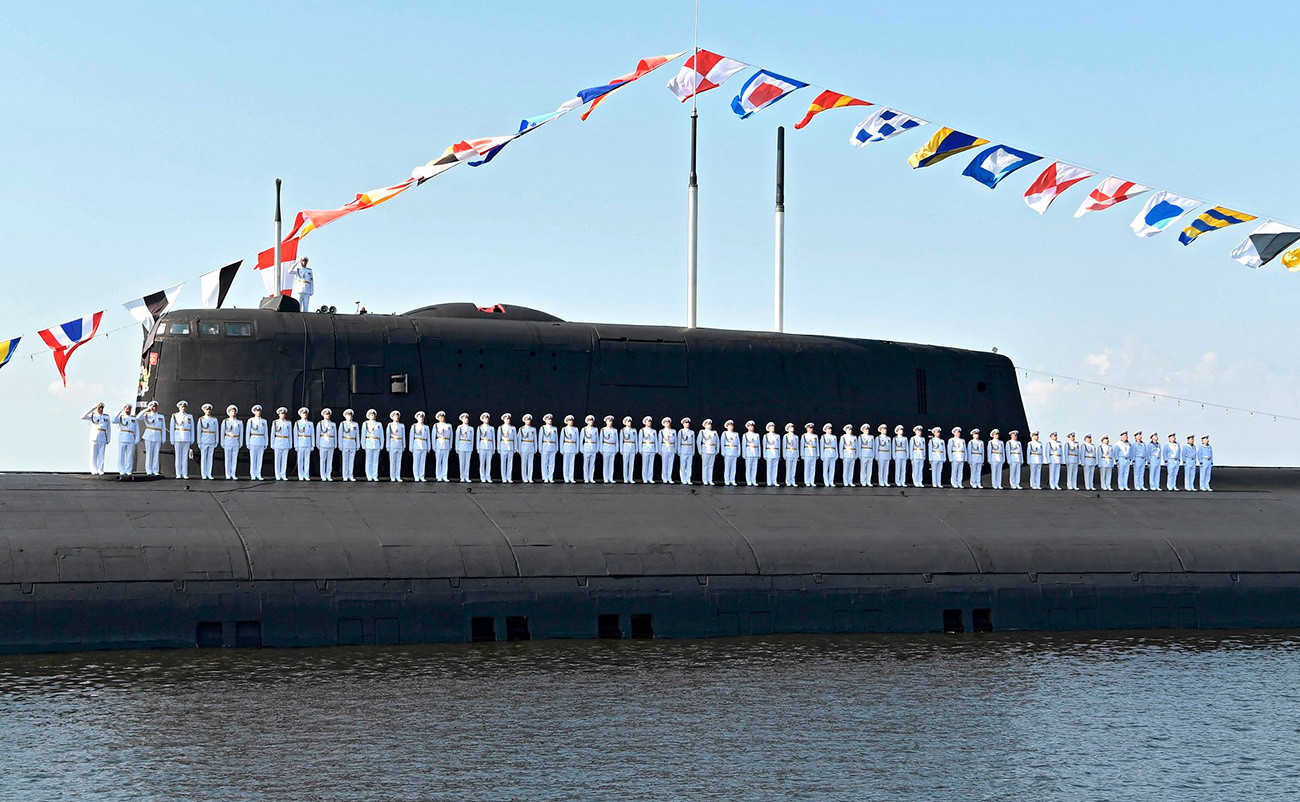 This ship is one of the latest additions to the fleet - the 22350 project frigate, ‘Admiral Gorshkov’. It’s a part of the Russian Navy’s Northern and is armed with the latest guided missiles, such as the ‘Kalibr' and ‘Onyx’. It’s also that these particular frigates are the first in line to receive the world's first hypersonic ‘Zircon' missiles that travel eight times the speed of sound (about 2.5 km per second) 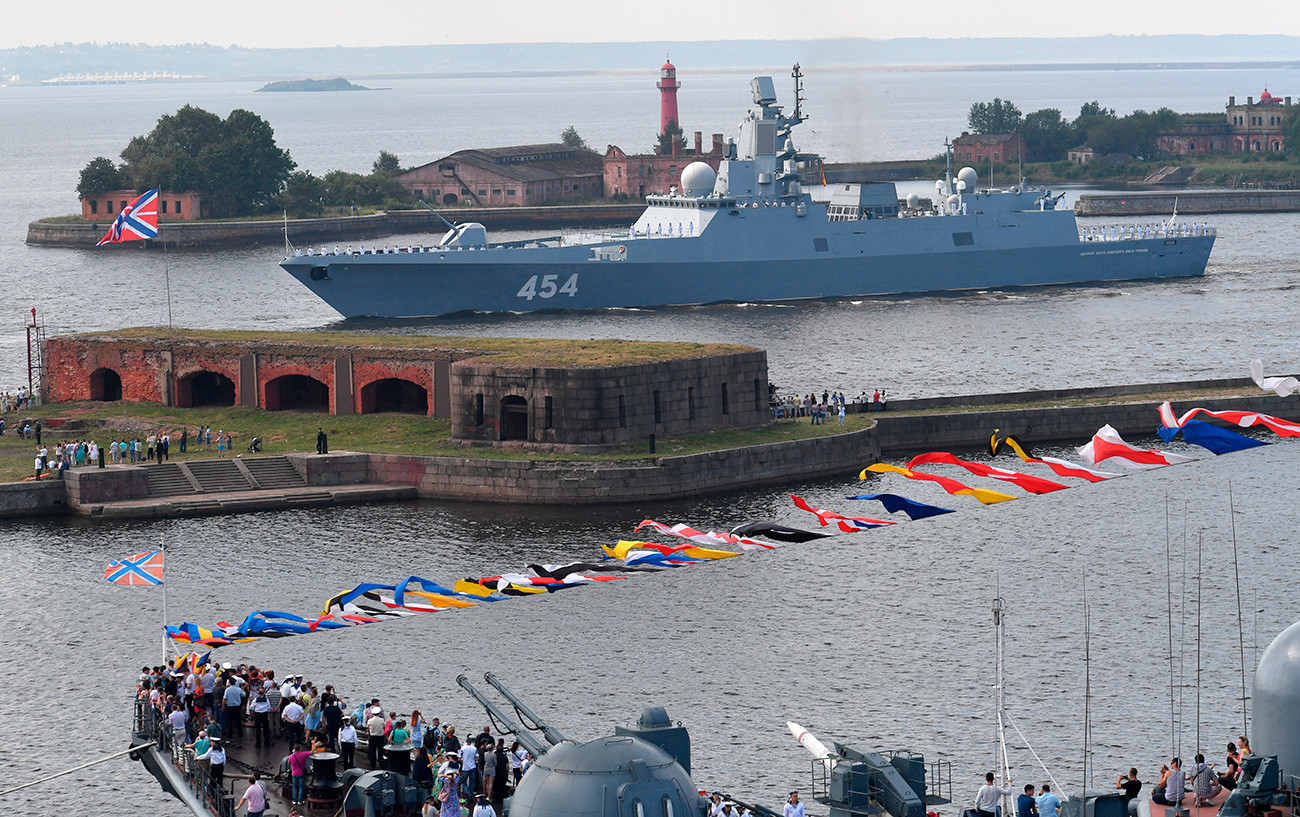 Putin himself passed on a speedboat along the battleship frontline and stepped aboard a couple of battleships to check out the latest ships and their crews personally. 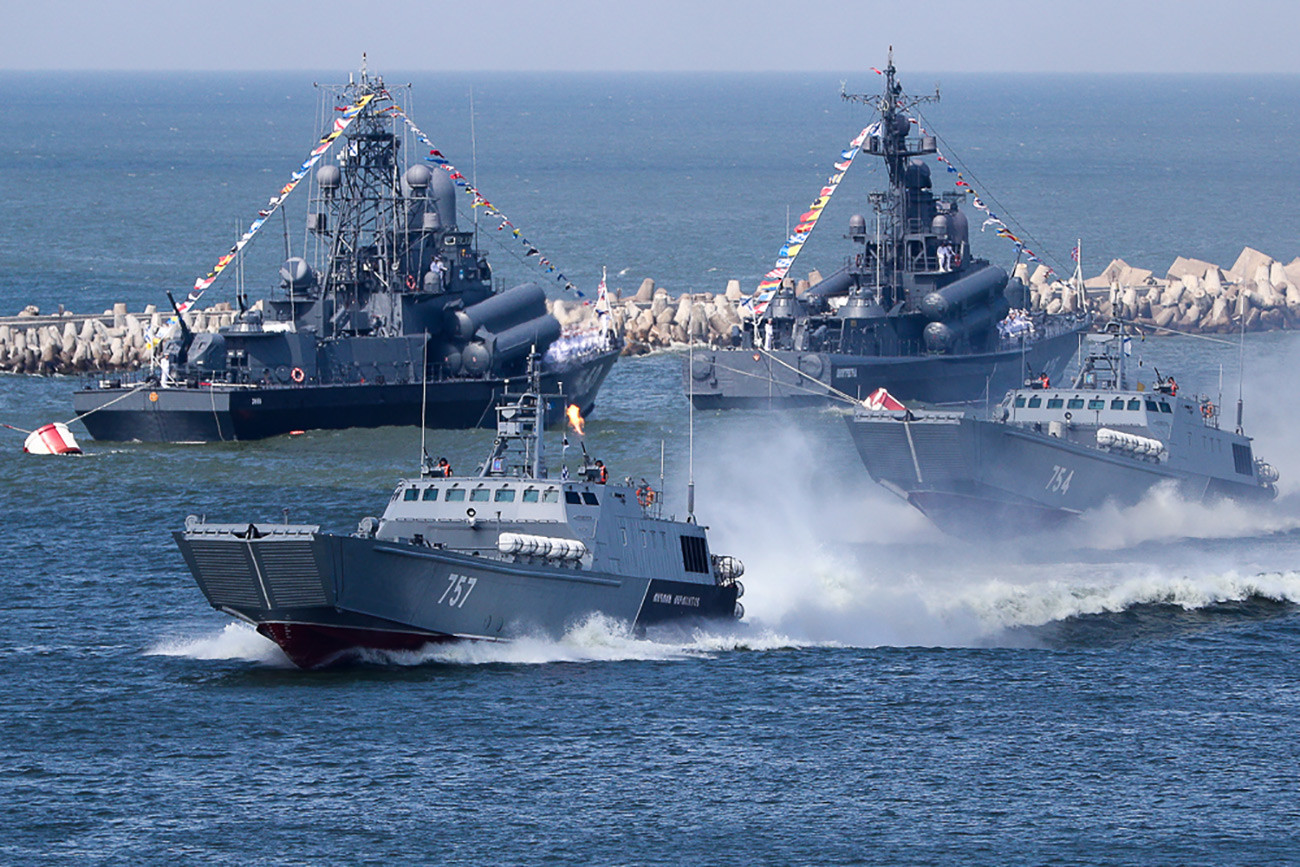 St. Petersburg's visitors could also witness a number of the country’s stealthiest submarines armed with Kalibr cruise missiles - such as the Project 636.6 ‘Kolpino’ submarine. They’re even “Black Holes” by NATO for their stealth and underwater capabilities of detecting targets at a distance of three to four times exceeding the range of radar systems of the potential enemy 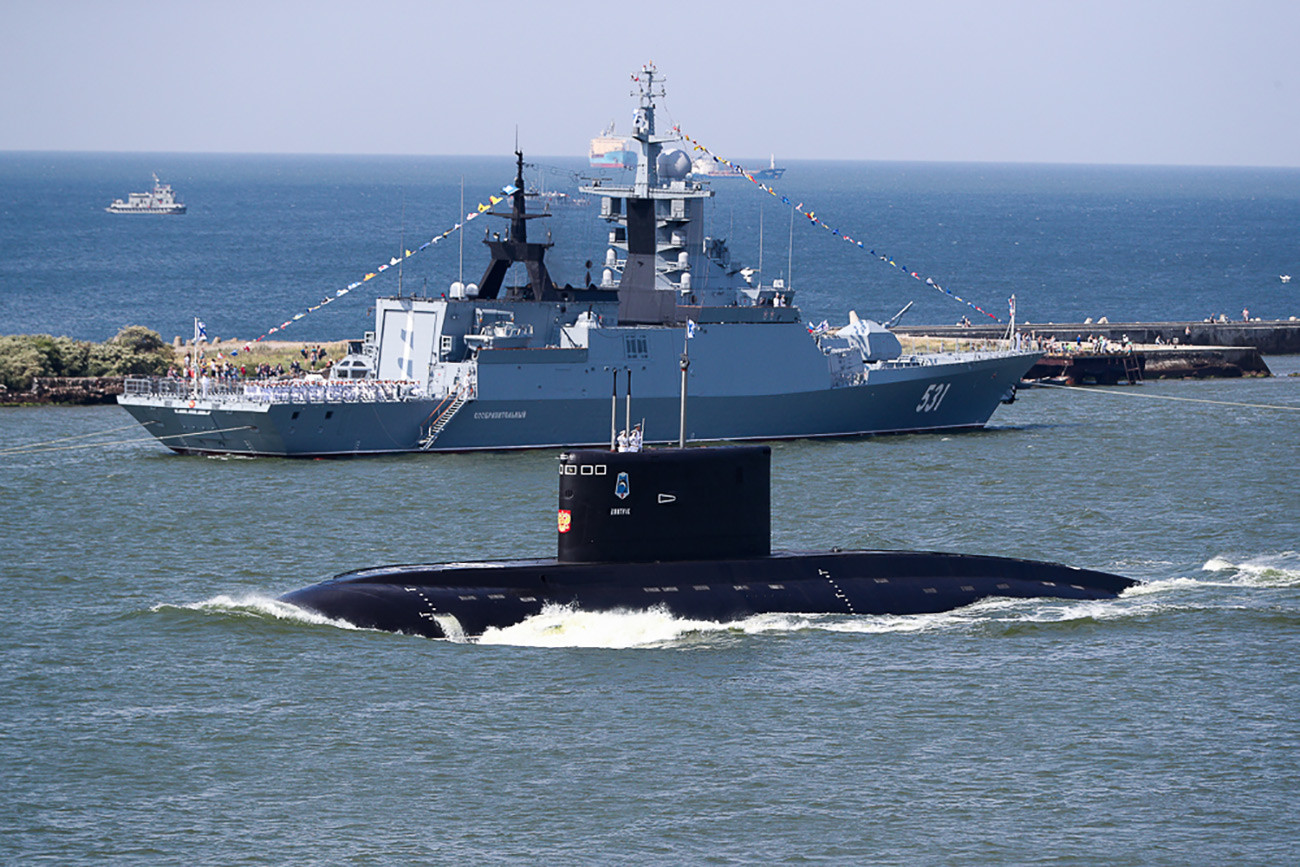 year’s parade in St. Petersburg was one of the biggest in Russia’s history, as more than 4,000 sailors on 43 battleships, submarines and aircraft took part in the event across the country 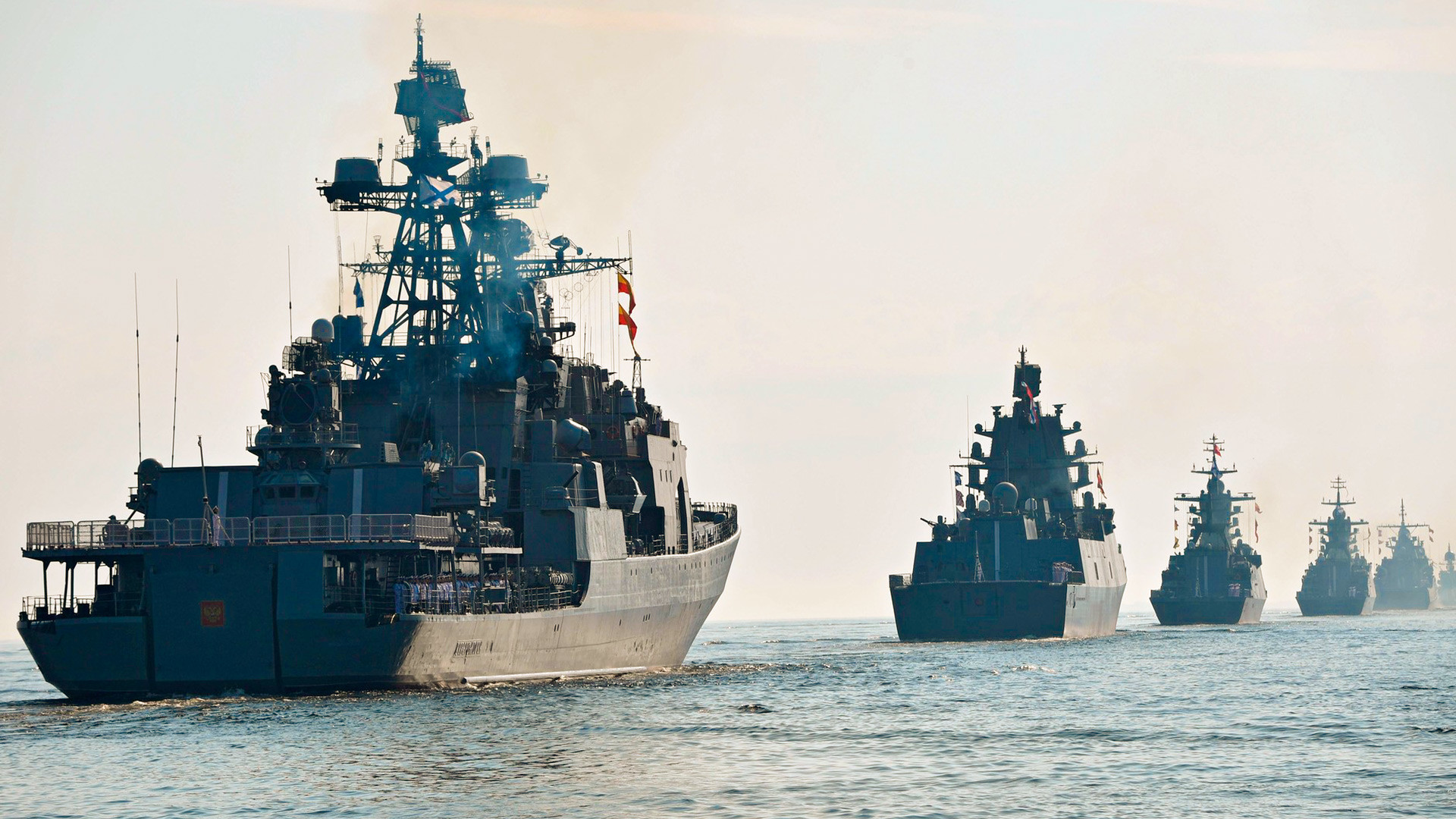 St. Petersburg, the Russian Navy was joined by its Chinese counterparts, who presented their ‘Hefei’ destroyer, the ‘Yuncheng’ frigate ‘Lomako’ support vessel 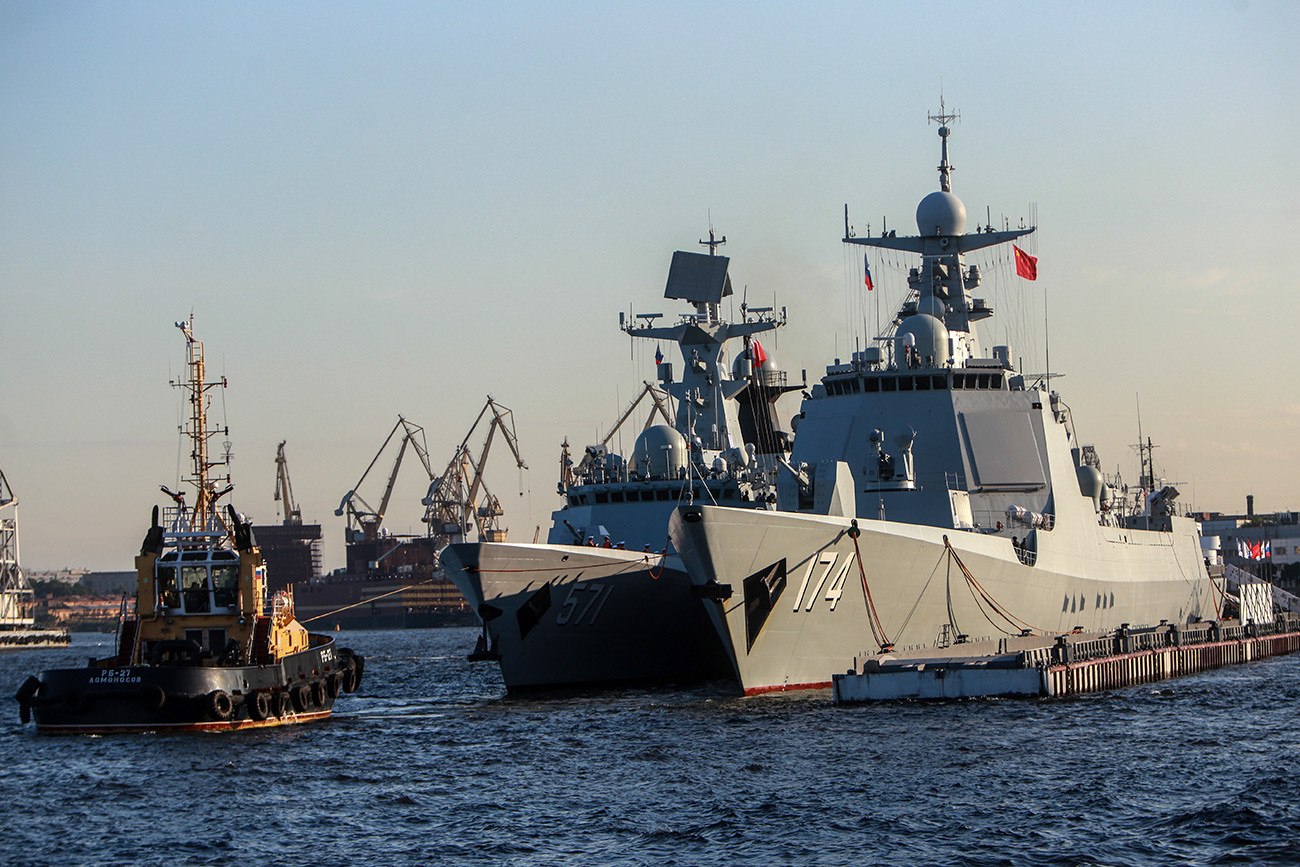 a part of the festivities, Russian naval officers also showed off their new white uniform. Conscripts passing their military service on battleships were dressed in the historical uniform of the Russian Imperial fleet. 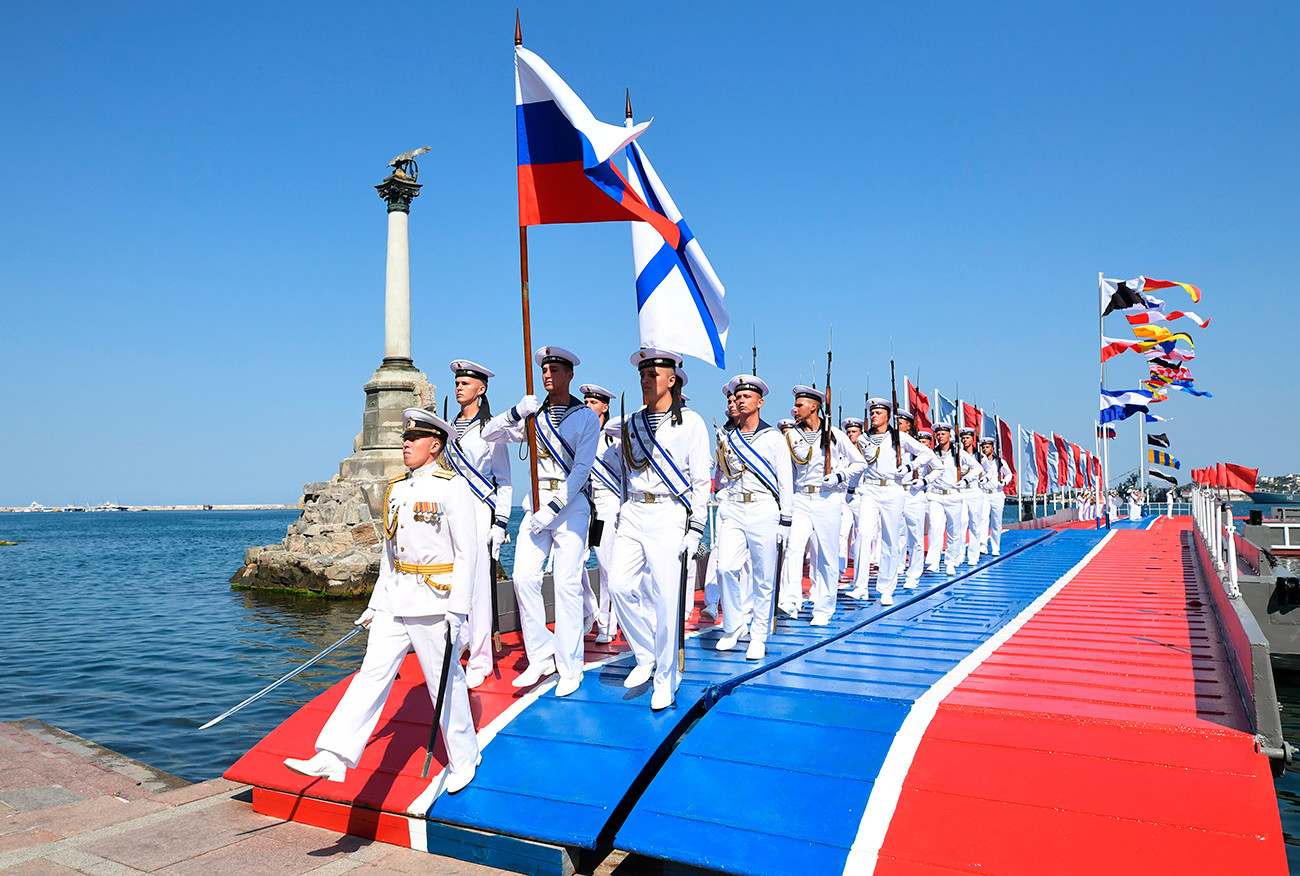 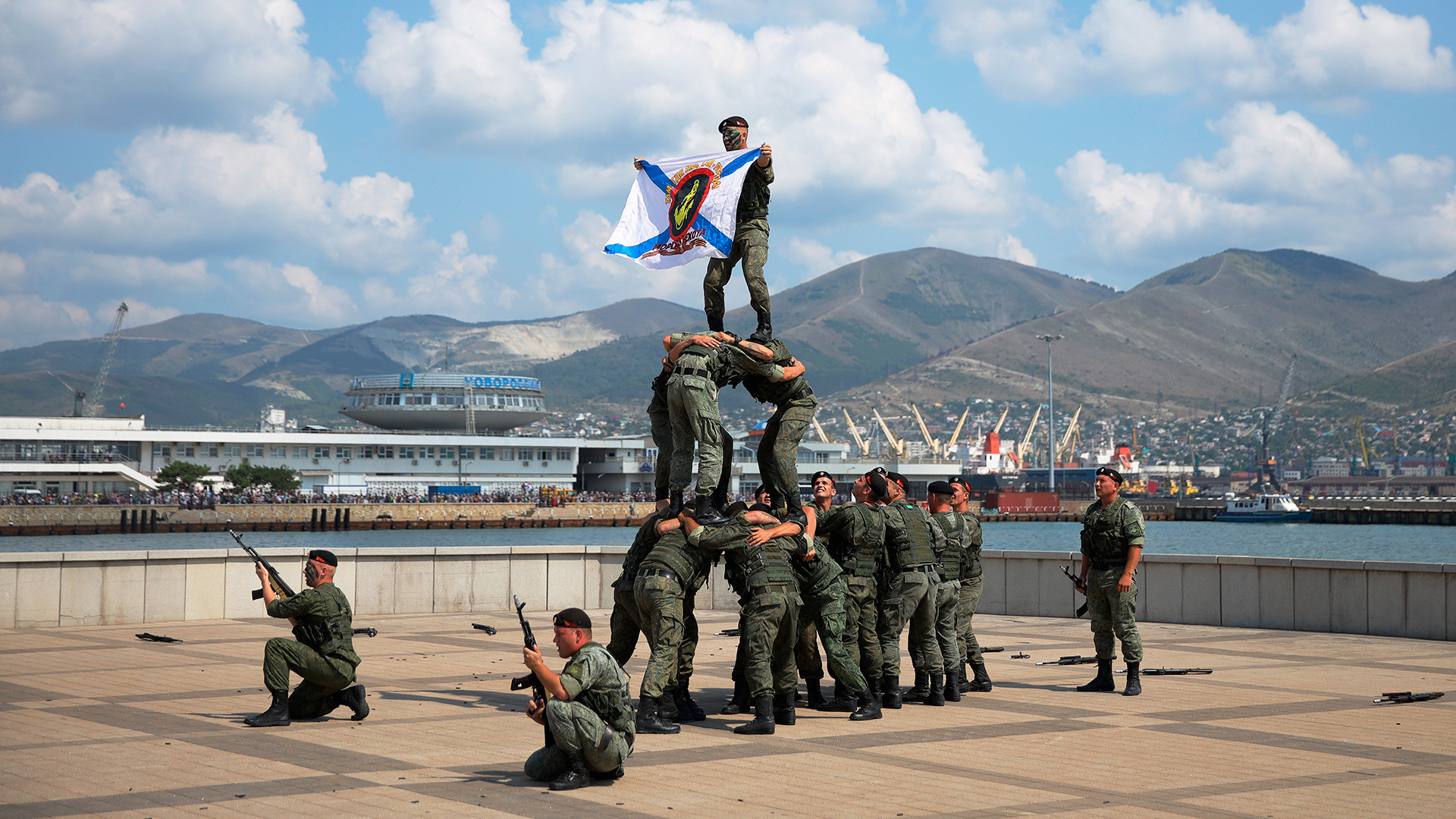 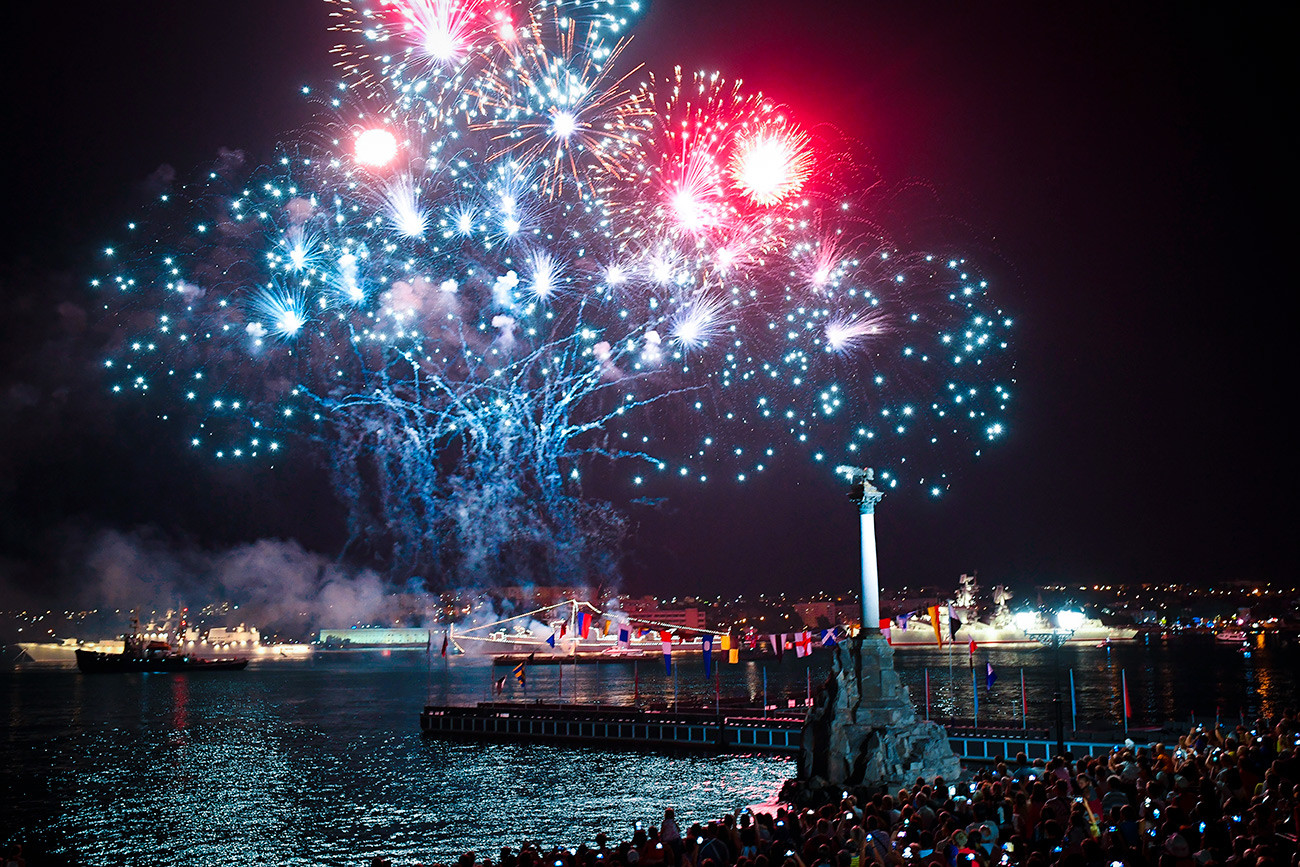