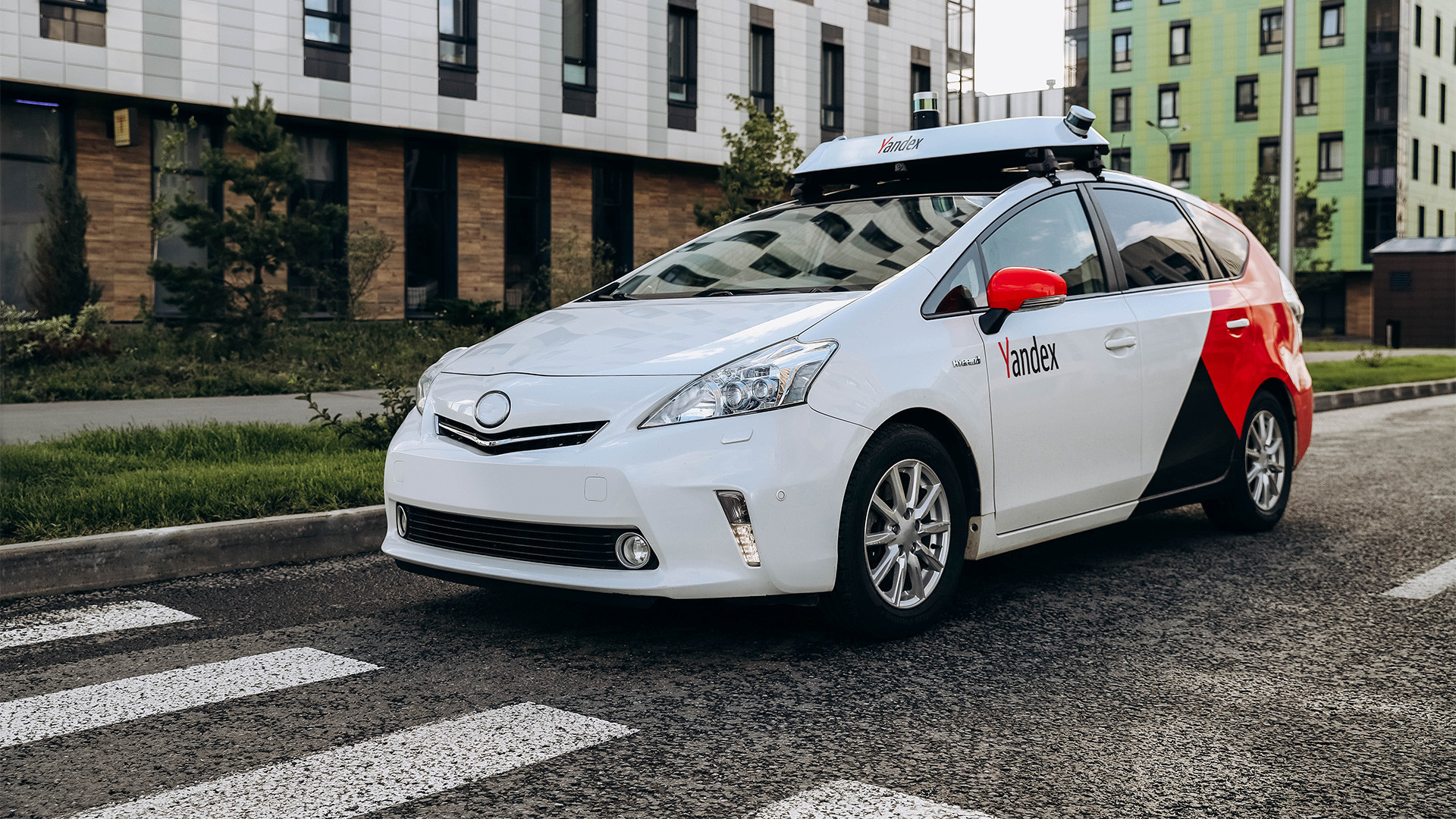 Yandex
Yandex has created an entire army of driverless cars that need only one thing from humans – fuel. Everything else they can do by themselves.

Driverless cars from Yandex, Russia’s largest IT firm, have already clocked up a million kilometers on Russian roads. As the taxis of tomorrow, they will render human drivers obsolete, allowing everyone to sit back and enjoy the ride.

The vast majority of Yandex’s self-driving fleet is based on the Toyota Prius hatchback. On the road, it is easy to spot by its bright red-and-white body. Yandex buys used cars with automatic transmission produced in 2014-2017 – so far the company has bought around 90 such vehicles, 50 of which have already been made driverless. 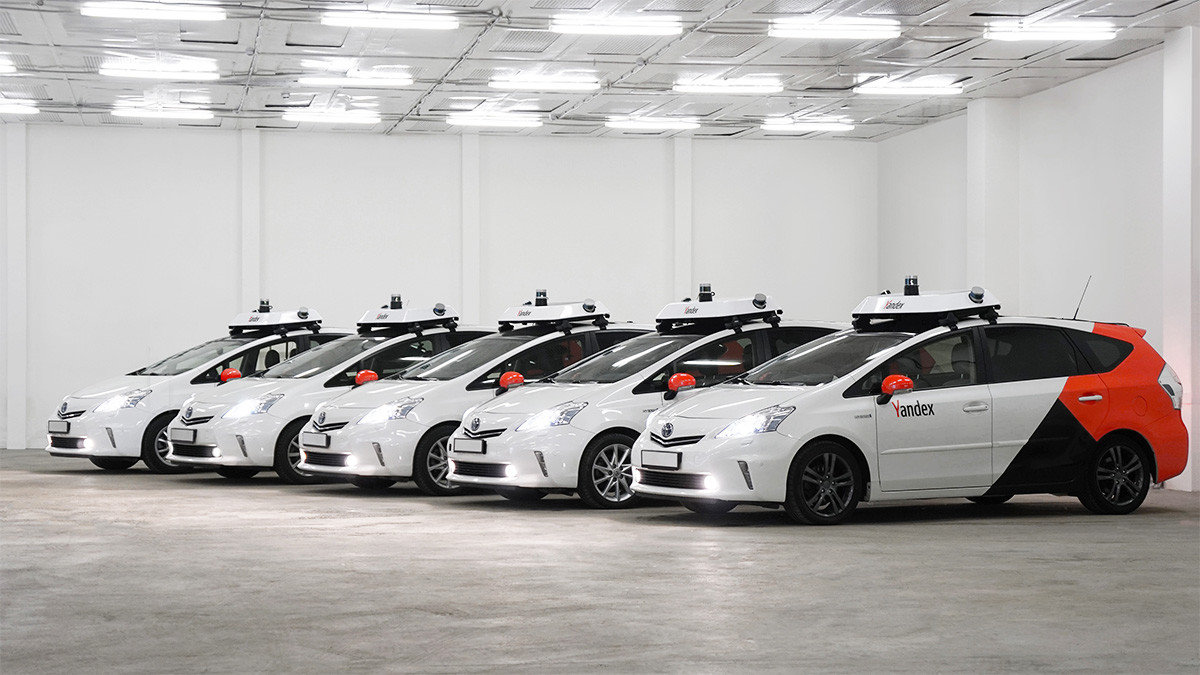 “The conversion process takes only a couple of days,” said Yulia Shveiko, spokesperson for Yandex Self-Driving Cars. “By end 2021, there will be a thousand such vehicles.” Hitting this target requires cooperation with manufacturers, so this spring Yandex signed a contract with Hyundai Mobis, a Hyundai Motors subsidiary that handles spare parts and maintenance, to develop driverless cars. A driverless Sonata sedan is ready to go already, but Yandex wants to produce different types of vehicles too, such as SUVs or minibuses. 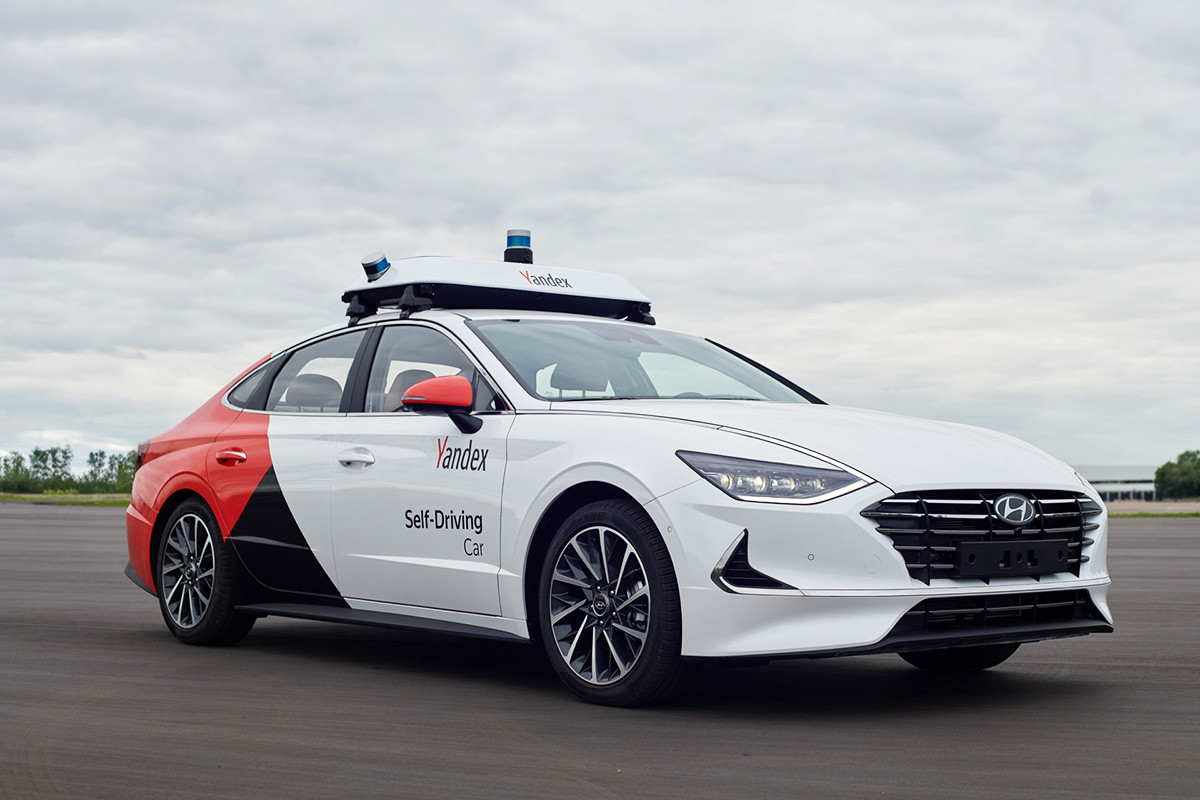 Every car has a name. The initial source of inspiration was Westworld and its cast of android robots: Wyatt, Bryan, Christopher, Dolores. “But there weren’t enough of them, so our engineers devised a special neural network that learned to generate new names resembling the existing ones. So now a robot comes up with names of robots for robots,” says Yulia.

Where do they drive?

Yandex tests its vehicles in Tatarstan, Moscow, and Tel Aviv. First, the cars are tested at a private track in suburban Moscow that simulates city conditions with tunnels, traffic lights, and various road situations. The cars cruise around 24/7, rolling up to a human operator only when they run out of fuel. They cannot yet refuel themselves, but even that is only a matter of time. In practice, the vehicles have SAE Level 4 autonomy, requiring a person only in an emergency (according to the generally accepted classification of the Society of Automotive Engineers (SAE) International, ranging from Level 0 to 5).

This is how Yandex tests its self-driving cars

Russian authorities allowed autonomous cars to drive in a real city in the fall of 2018. To get such permission, the car must go through a long state certification process. Out of 50 Yandex vehicles, 35 have so far done it. One other proviso is that a quality assurance engineer must sit in the driver’s seat throughout the trip, ready to take control at any moment.

Automated cars first hit the road in Skolkovo (Moscow Region) and Innopolis (Tatarstan), where there is little traffic. And it was in Innopolis that Yandex launched a driverless taxi in August 2018 – the first in Europe. Anyone can call it absolutely free of charge via the Yandex.Taxi app, used by many Russians. The coverage area is still small, but the service is developing rapidly: at the start of summer 2019 there was only one such car, but in the fall the number is set to rise to seven. Unlike in other test towns, in Innopolis the engineer sits as a passenger, leaving the driver’s seat vacant. 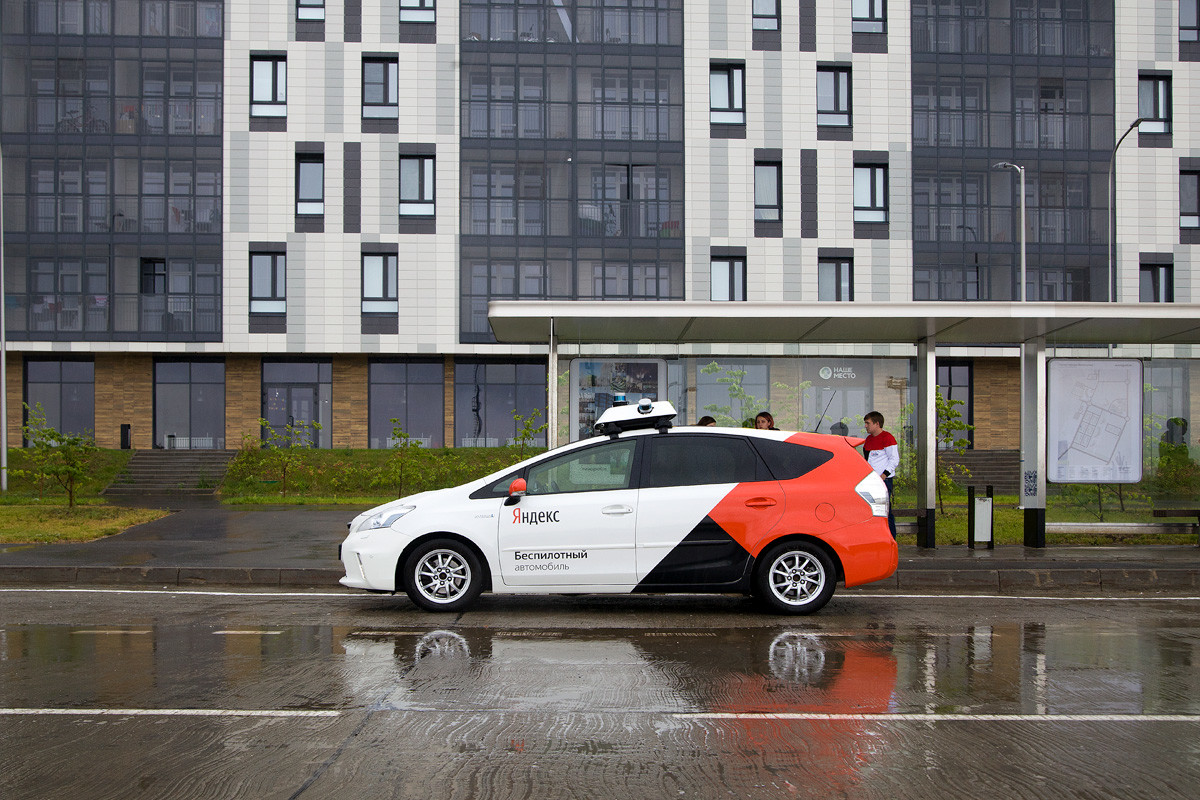 In Moscow, driverless cars have been in testing since summer 2019: in the region of Kuntsevskaya subway station, on several streets in the center, and in the dormitory districts of Butovo, Yasenevo, and Kommunarka. The company plans to take its car to other cities as well, including St Petersburg and Nizhny Novgorod. 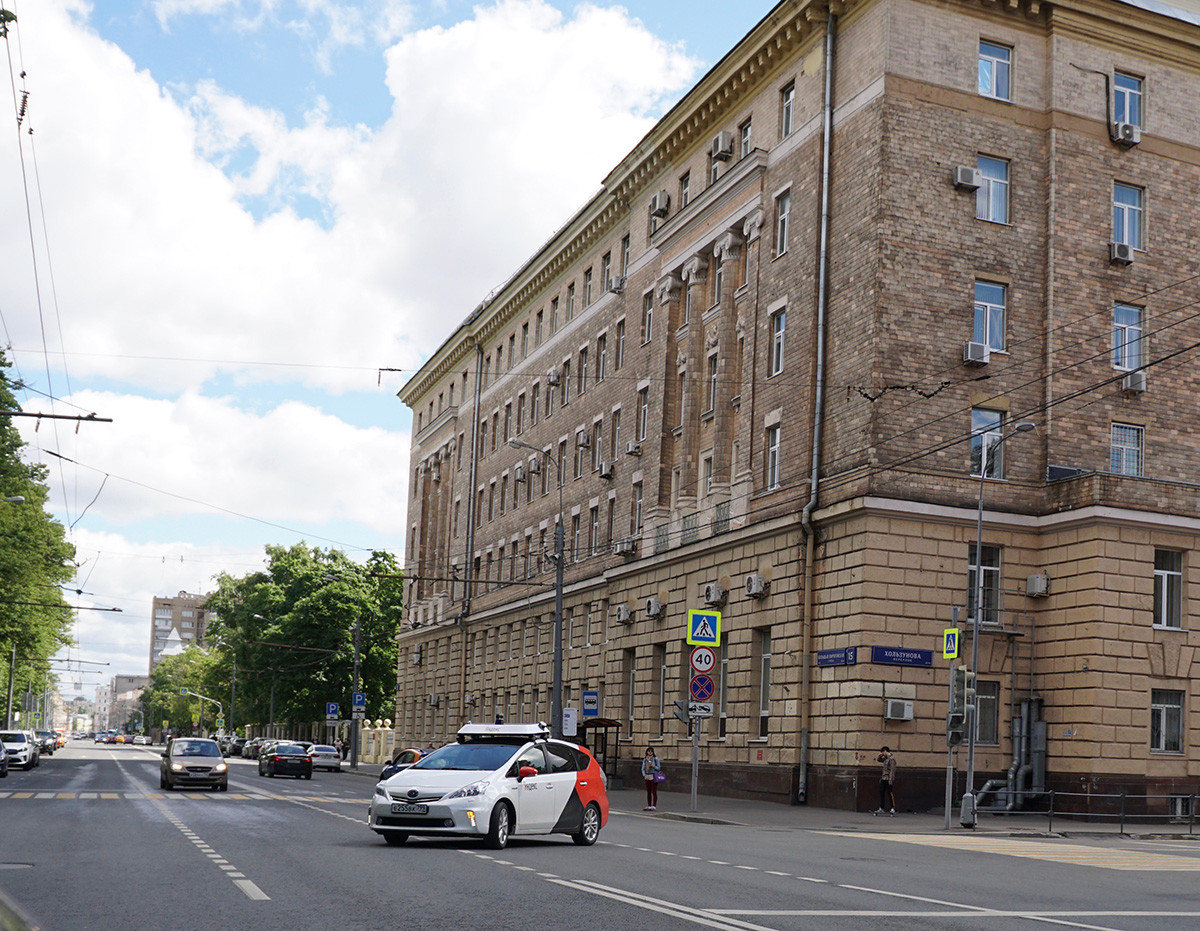 In January 2019, Yandex presented a driverless vehicle at the Consumer Electronics Show in Las Vegas, having assembled it from a Prius bought locally. It took two weeks for the car to adapt to Nevada driving conditions, says Artem Fokin, head of business development at Yandex Self-Driving Cars: “When we worked out the route, we realized we could safely move the engineer to the passenger seat. And there were lots of people willing to ride in it – the car operated for 10 hours every day.” 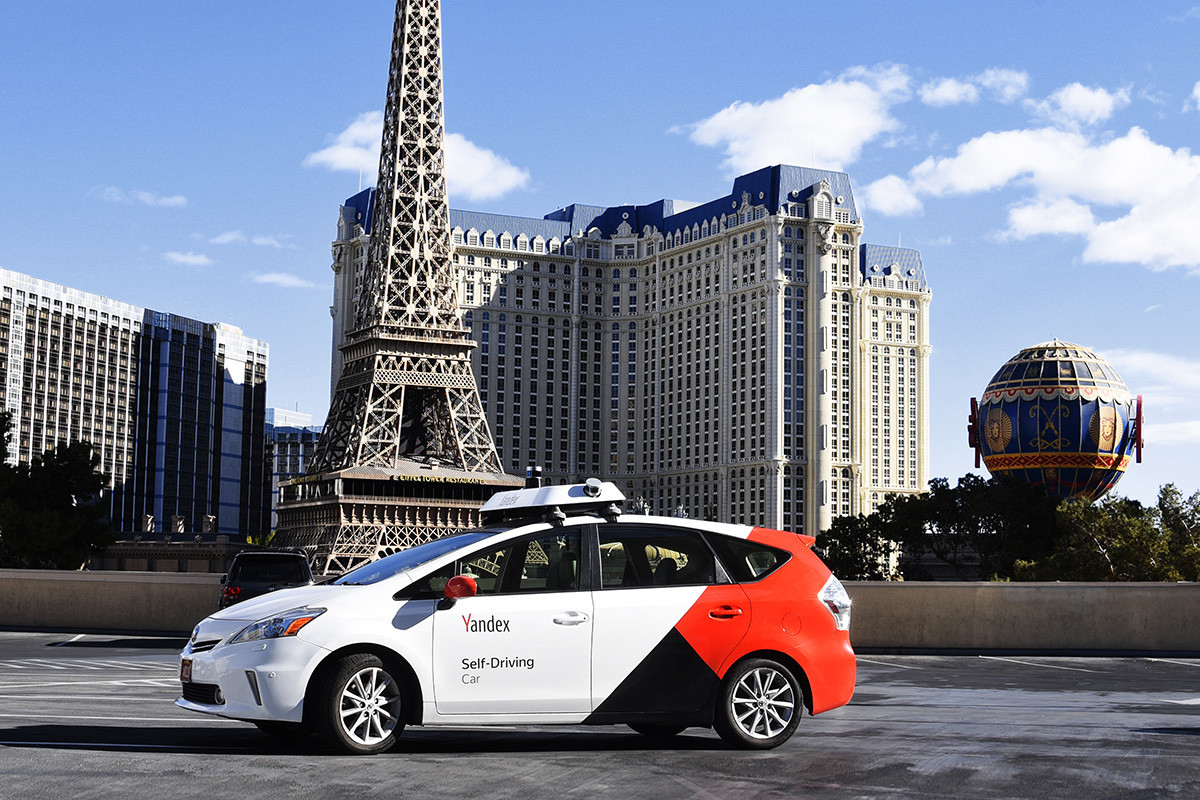 In June 2019, a driverless taxi arrived in Israel, where it now circles around Tel Aviv in test mode. As in Moscow, there is an engineer at the wheel ready to take over if necessary. This has nothing at all to do with obstacles – the vehicle breezes past holes in the road and other cars, etc. The reason is that the robot driver adheres too strictly to the traffic rules. If it senses that it cannot continue moving without violating them, it simply stops. 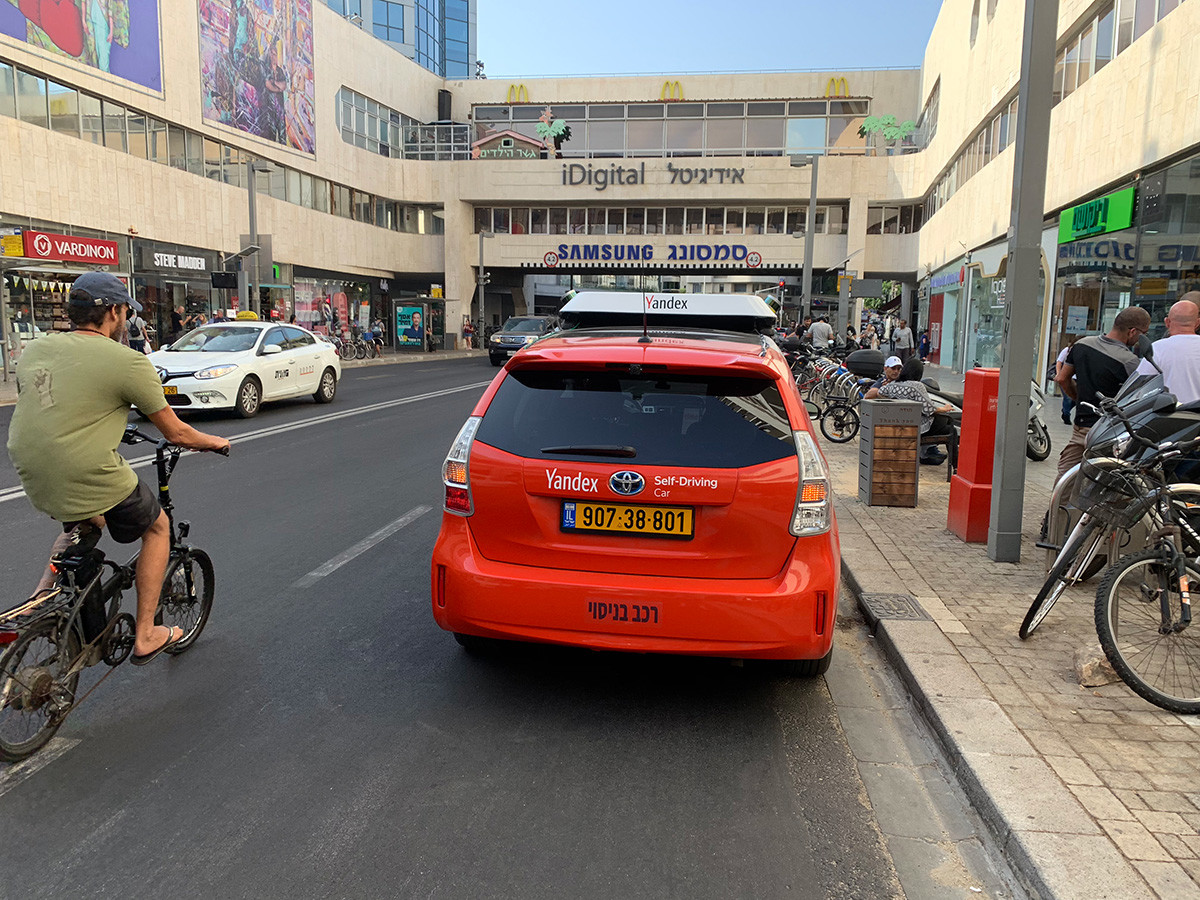 “Say a car in front broke down and you need to move into the oncoming lane to go round, the self-driving car won’t do this because it’s against the rules,” says Yulia. Such situations require an engineer to take control.

How do Russian self-driving cars differ?

Technically, all the world’s driverless vehicles are more or less the same. Sensors, cameras, and lidars (short for light detection and ranging) attached to the vehicle scan the surroundings at a range of up to 300 meters dozens of times per second. In this way, the car determines its position relative to other objects and selects the optimal route, adjusting it depending on the traffic.

And then the fun starts – the car has to predict the actions of all moving objects in play. Will such-and-such pedestrian cross the street? Will such-and-such car change lanes without indicating? And most importantly, how will the motion trajectory of one affect the other? An experienced driver can often predict this innately. The driverless car, meanwhile, has to acquire similar experience by covering tens of thousands of kilometers and creating a behavorial database. 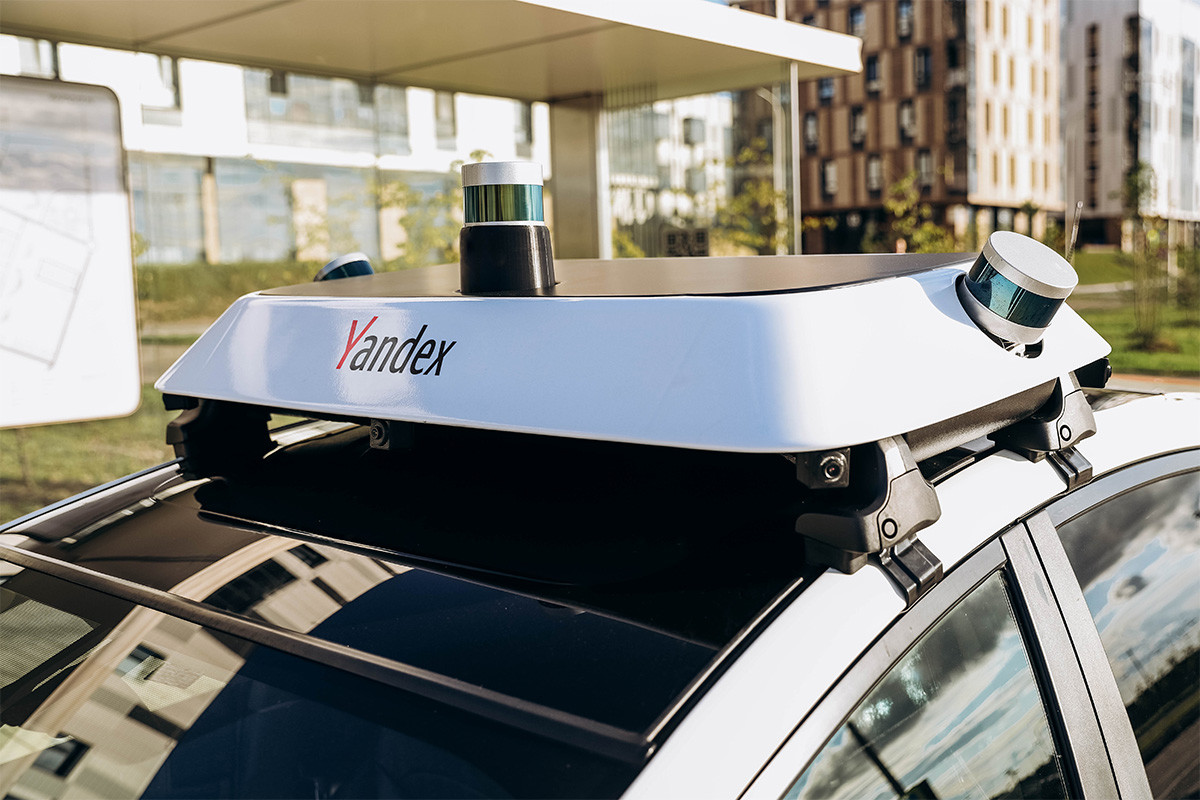 Yandex stresses that it is not developing an “automated driver help system, like Tesla, but a robot driver able to make decisions by itself.” Hence, the company tests cars in different road and weather conditions. The only accident involving a Yandex self-driving car, says Yulia, occurred in July 2018 on Trubetskaya Street in central Moscow, when an inattentive driver crashed into one at a traffic light, causing damage to the smart car’s rear bumper, fenders, and trunk.

In just two years, Yandex has clocked up a million driverless kilometers. Only the US companies Waymo and Uber, and China’s Baidu can boast such numbers. Besides Yandex, the Moscow Automobile and Road Construction State Technical University, Avrora Design Bureau (specializing in robotics), truck manufacturer KamAZ, and Innopolis and Taganrog universities are all testing vehicles in Russia, but as yet without major success – they only have a few prototypes.

According to the Yandex press service, the company plans to launch self-driving taxis in different cities in Russia over the coming five years, with taxis appearing in different regions of Moscow within two or three. “It will be cheaper for clients, journeys will happen 24/7, and the driver will not need to be paid a wage,” announced the company, underlining that the cost of an automated vehicle had fallen by a third in two years: “When we started out in 2017, our first driverless car cost RUB 9.5 million [including the cost of the “donor” car – Ed.], and now it’s RUB 6.5 million [about the same as Waymo spends – Ed.]. 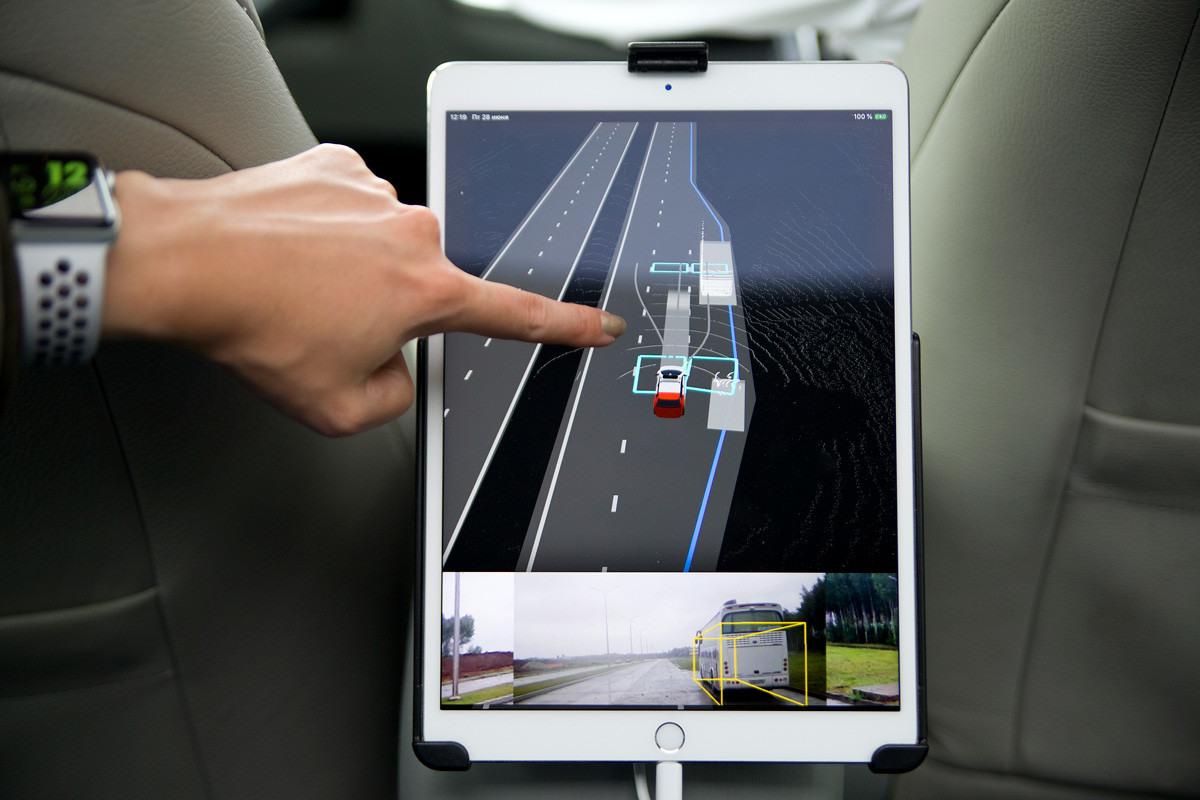 The equipment is getting cheaper; for example, lidars used to cost an astronomical amount, around $100,000. Today, the price is a fifth of that, and we can test different manufacturers.” The company does not disclose its total amount of investment, but says that it spends most of the money on development engineers. In addition, Yandex is eagerly awaiting a Russian version of the US Self Drive Act, that is, legislation governing the use of automated vehicles.

According to a recent study (in Russian) by USB Bank, by 2030 Yandex’s driverless transport business could be worth more than $6.4 billion. UBS believes that Yandex has the potential to develop both passenger and freight driverless transport, and monopolize the market in any event. “If successful, the project could turn Yandex into a far larger company, with revenues 85% higher in 2030 than in the year when self-driving cars were launched commercially,” the report says. Moreover, the entire driverless transport market in Russia by 2030 is set to amount to $9.5 billion if commercial self-driving freight vehicles are launched, or $4 billion if not.