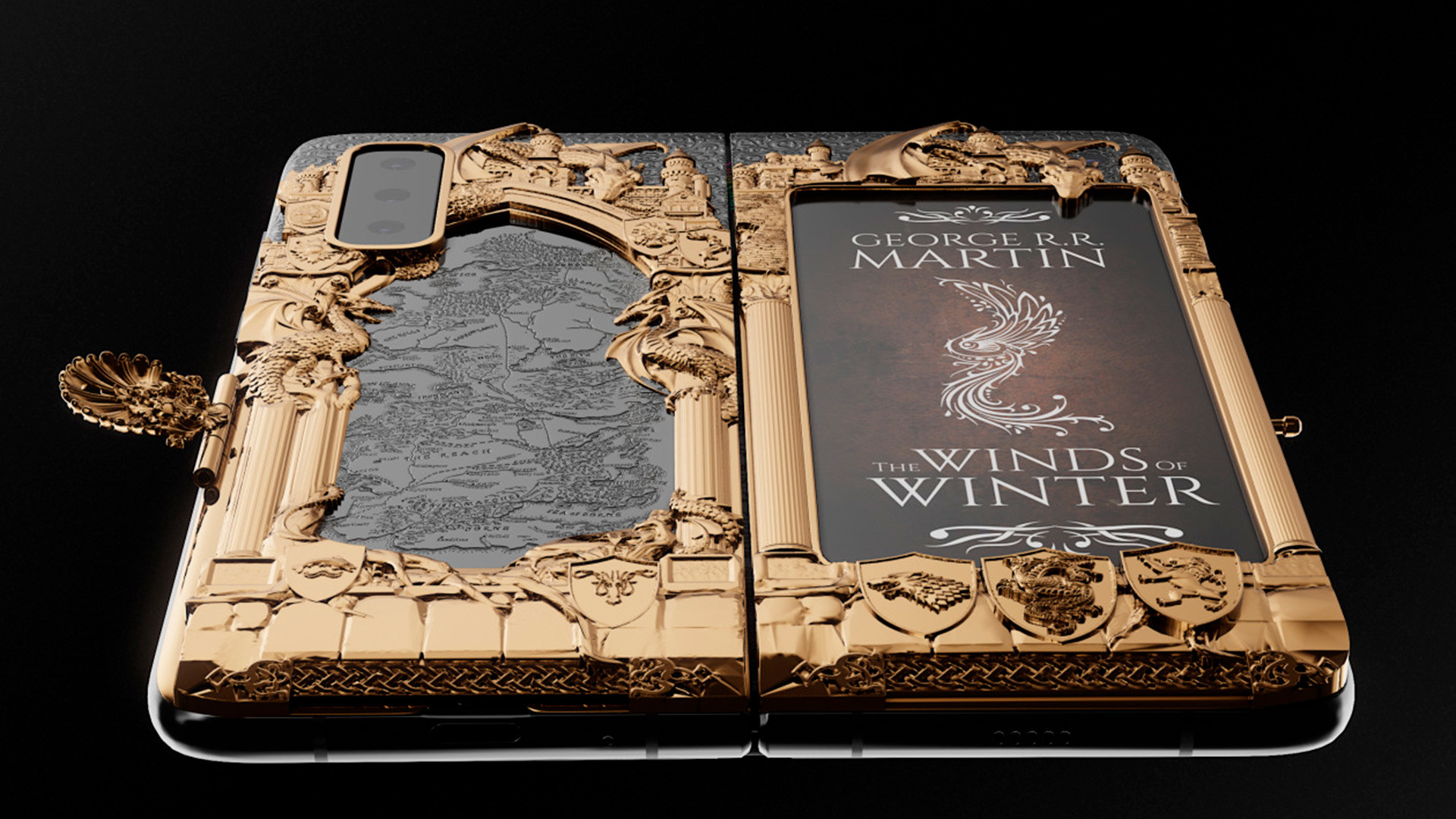 caviar-phone.ru
Even if it’s not your thing, these pimped phones and accessories coated with gold, alligator skin, and pieces of a hallowed Steve Jobs turtleneck are worth a look. 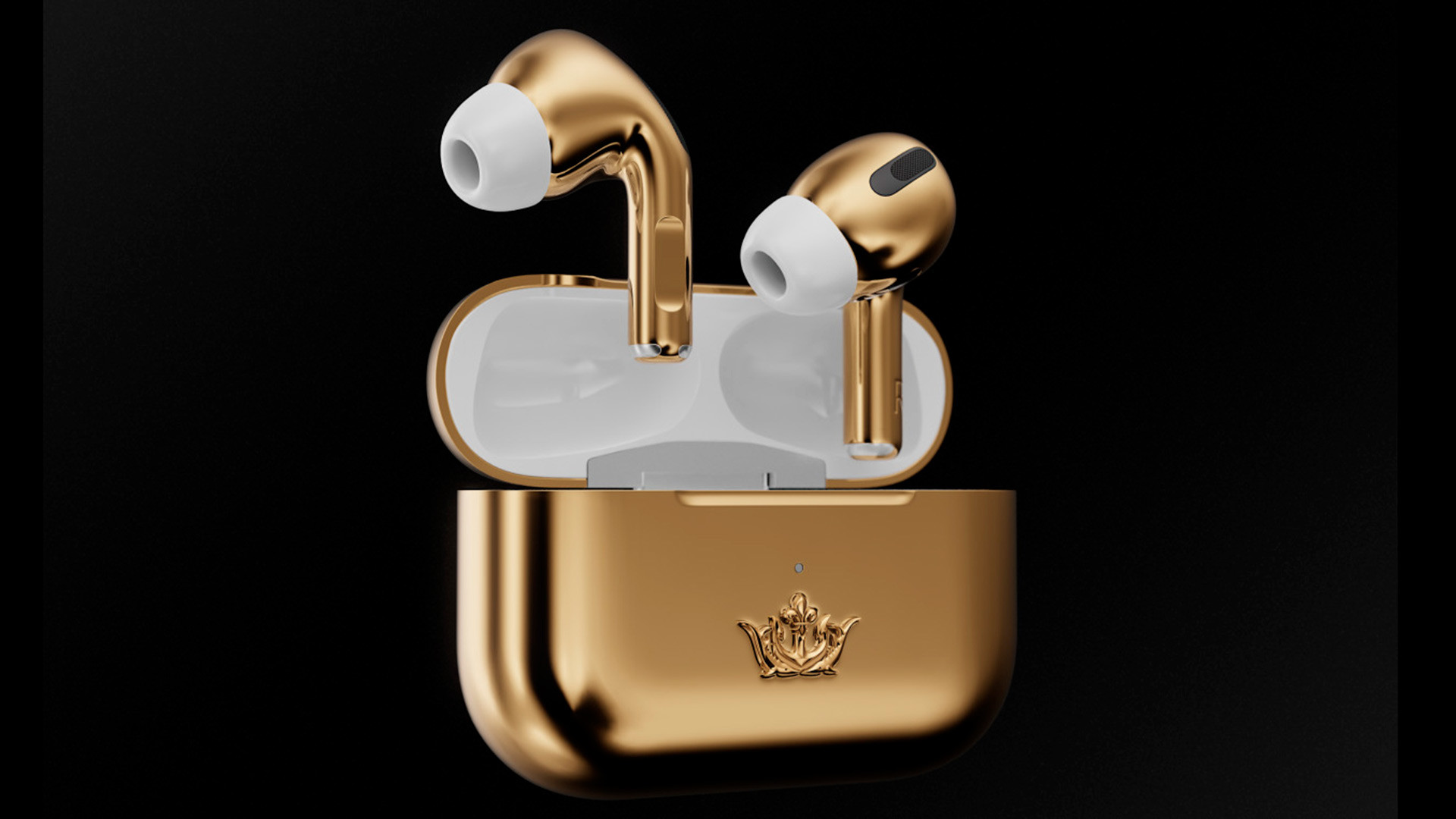 Gold is the new black. Thus decided the Russian-Italian firm Caviar, which modifies smartphones and accessories, when it came to the new AirPods Pro.

It created a new version of the earphones plus case, both arrayed in solid 750-content gold. The increase in weight only adds to the experience, say the creators, since “real works of jewelry are distinguished by a nice weightiness that highlights their exclusivity.” 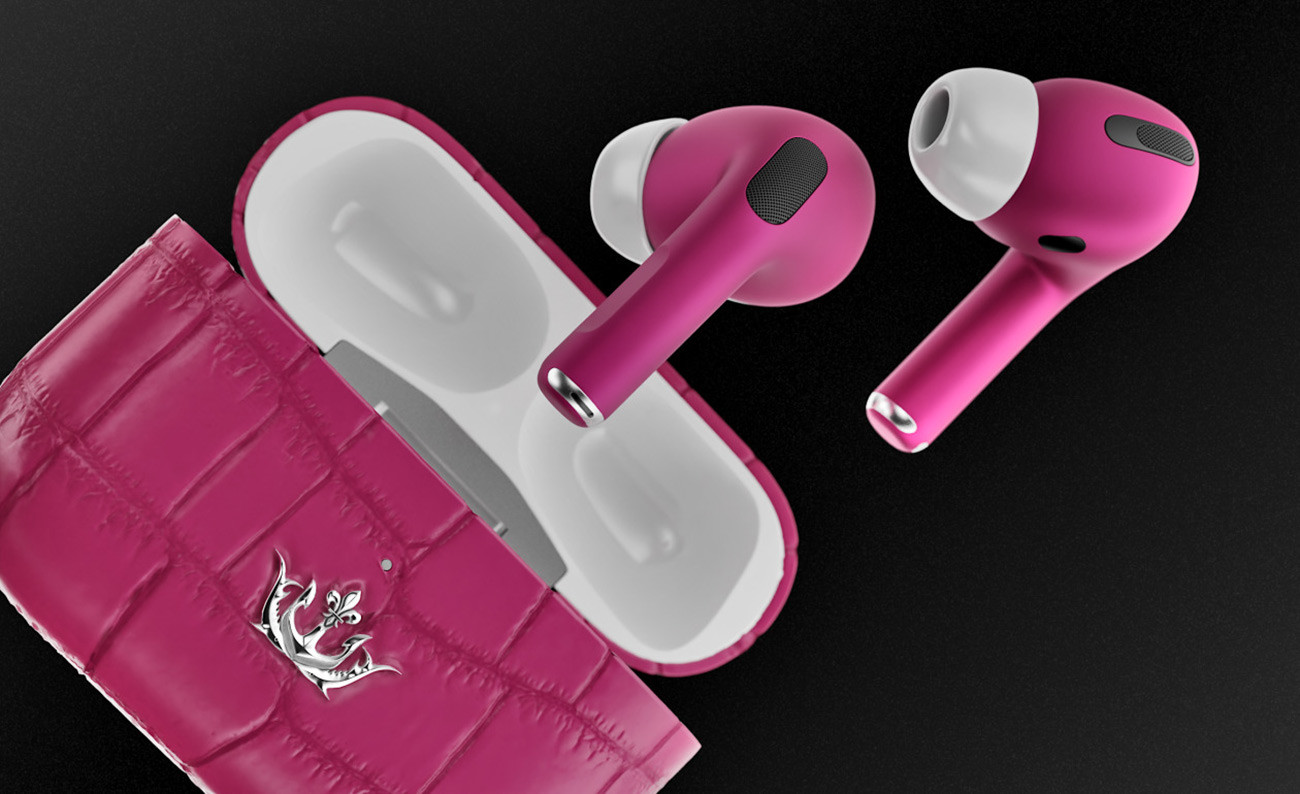 For slightly more modest pockets there is a version of Apple’s trademark earphones wrapped in python and alligator skin. There’s a choice of color too: white, indigo, green, or caramel pink. 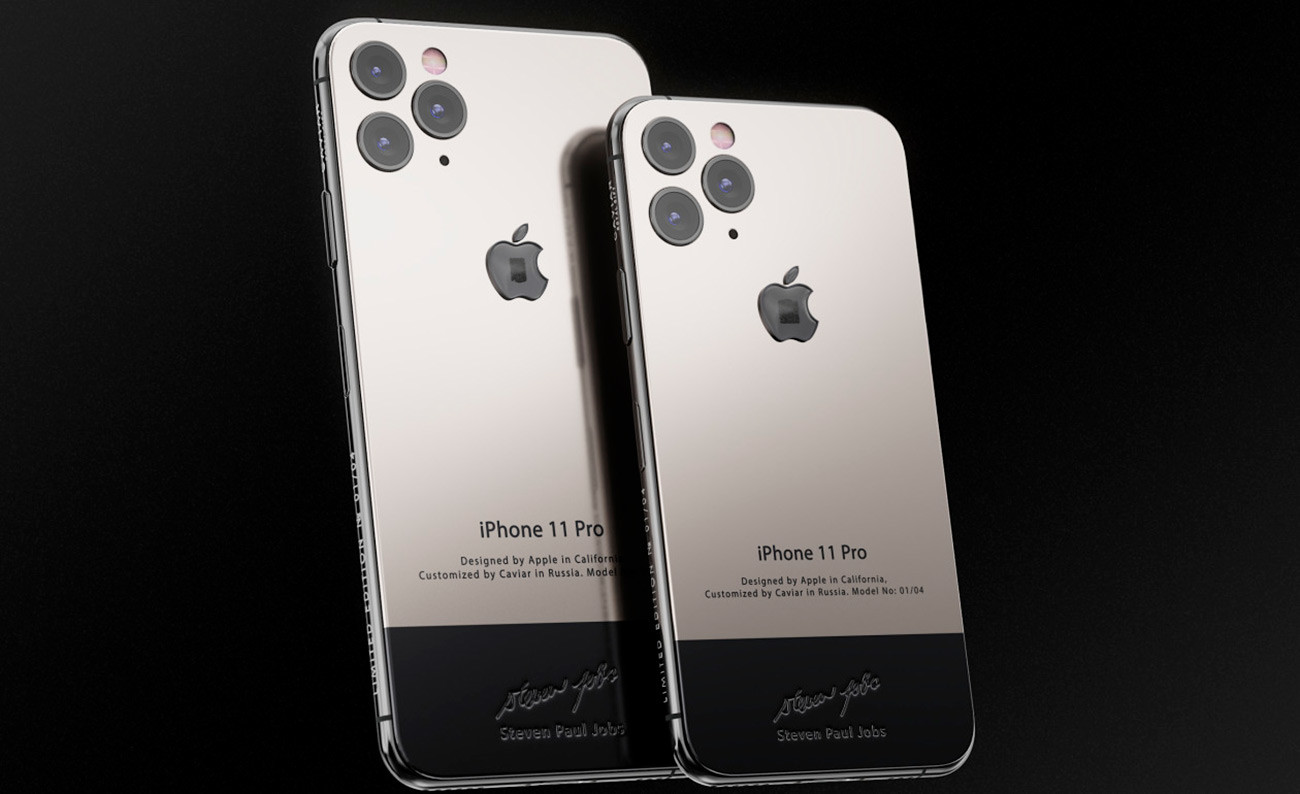 Each of these nine smartphones features an engraving of Steve Jobs’ autograph, plus the back of the case has been fashioned after the first iPhone model, and “a piece of the legendary turtleneck owned by Steve Jobs” has been inserted into the bitten-apple logo. The emblem itself is made of blackened titanium.

The company specifies neither how it got hold of the clothes of the former Apple CEO, nor the price of the device. 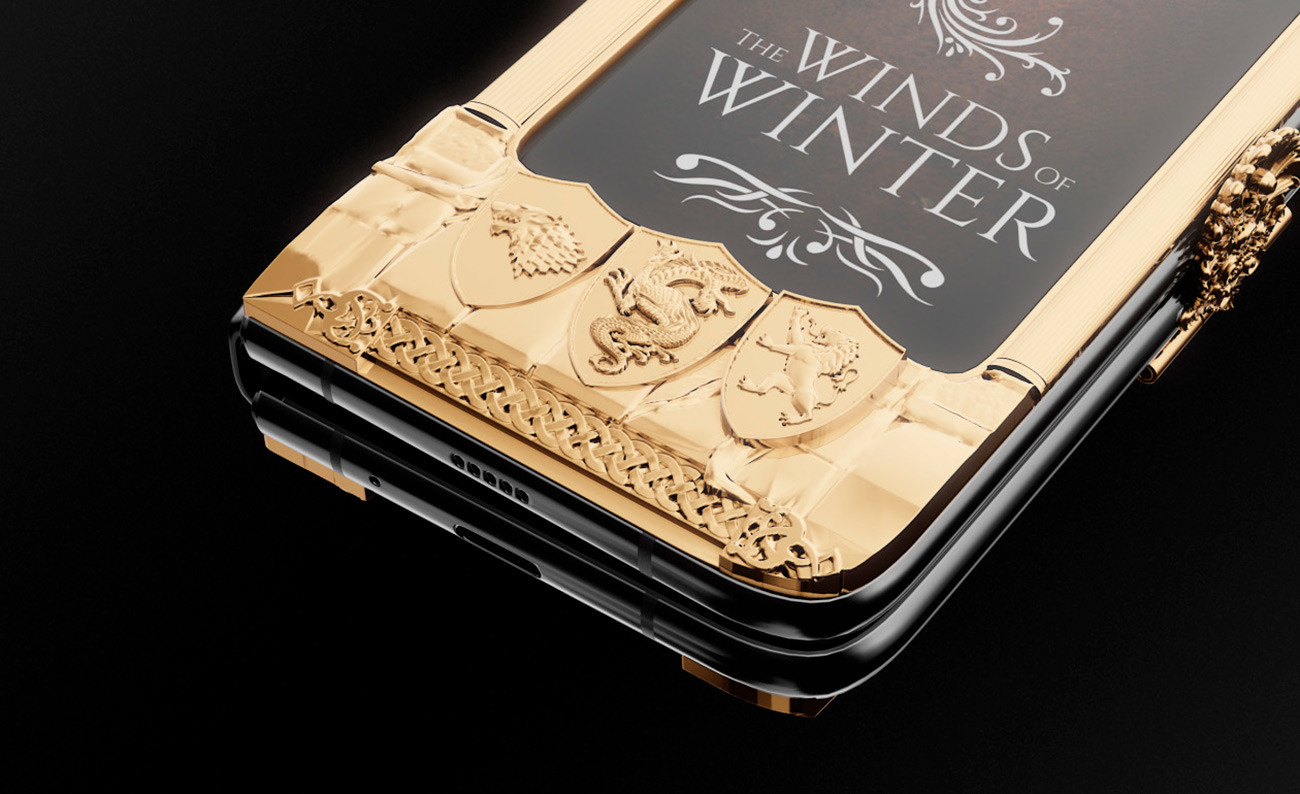 Caviar did not wait for the release of The Winds of Winter, George R.R. Martin’s long-awaited next instalment in his epic fantasy series. Instead, they put the cover of the forthcoming book on a modified Samsung Fold with bendable screen.

Depicted on the case are the symbols of the noble houses of Westeros, a map of the Seven Kingdoms, and gilded dragons. The price of the smartphone is an equally regal 649,000 rubles ($10,180). 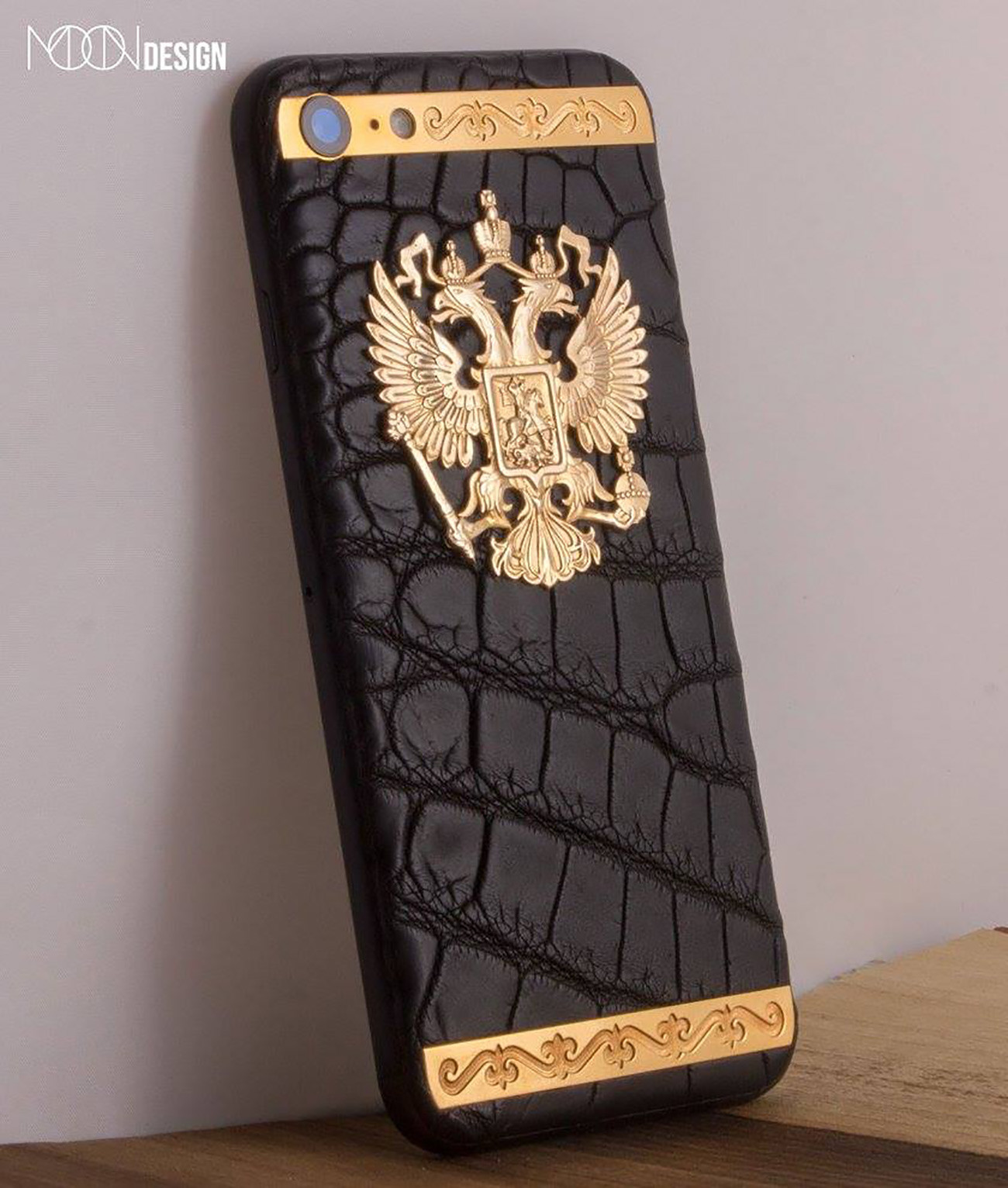 As conceived by the designers, patriotism is sure to be inspired by the alligator in Italian leather trim and the coat of arms of the Russian Federation, made of pure gold.

For an additional charge, the smartphone’s case can be engraved with the buyer’s initials, and the smartphone itself supplied in a luxury wooden box.

In 2015, renowned Russian designer Denis Simachev and design studio Feld&Volk released an iPhone 6 collection featuring a traditional Russian khokhloma pattern. The design concept sought to “unobtrusively emphasize the owner’s bold taste and non-standard view of everyday things.” The smartphone case is made of aluminum, with a back panel finished with sapphire crystal and decorated with gold print. A nice touch is the soft flicker of the Apple logo (which doesn’t drain the battery). 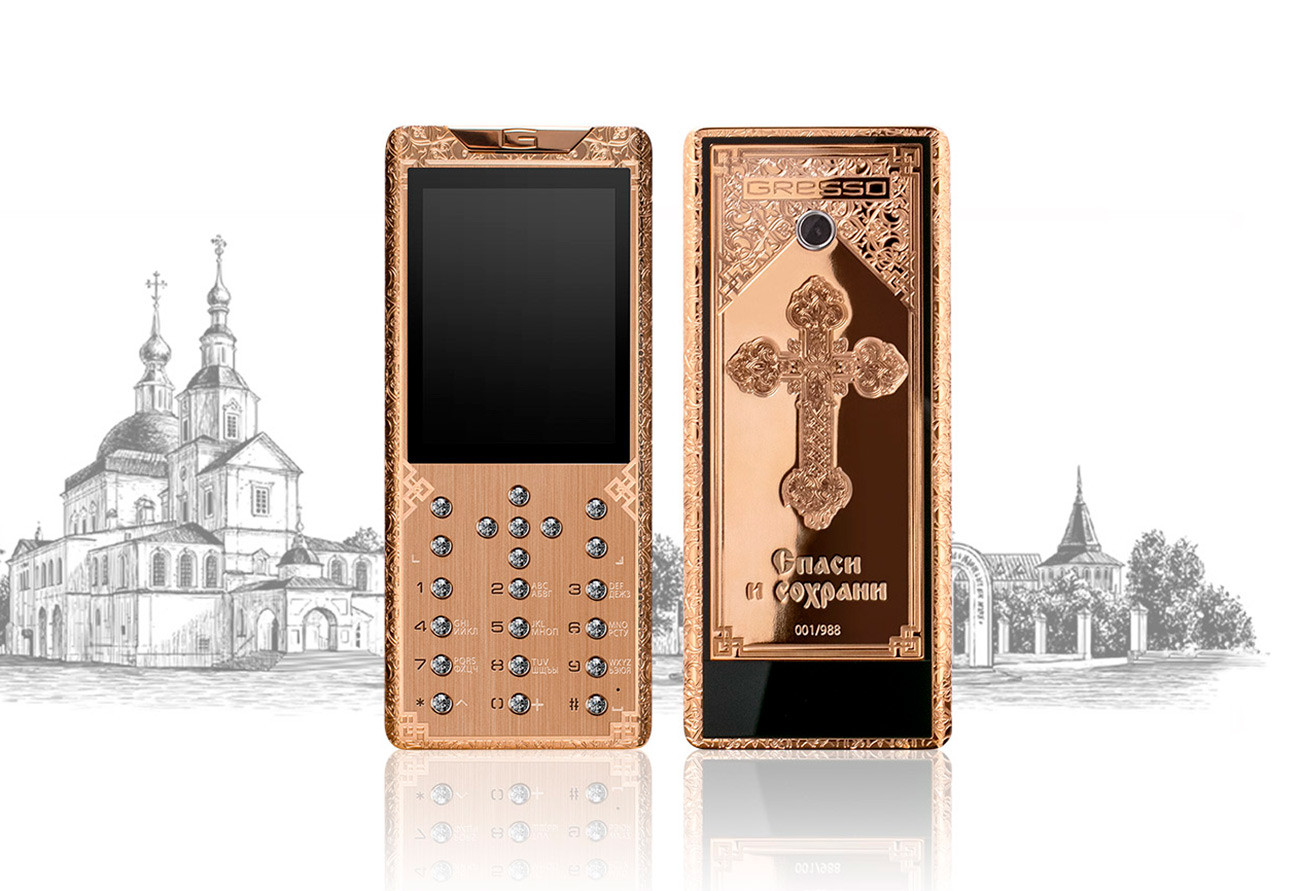 For those who prefer retro push-button devices to modern smartphones, and want to stand out from the crowd, Gresso has created a special limited “Orthodox” collection of phones. A total of 988 units were made, a nod to the year when Russia adopted Christianity.

The gold leaf-coated body likewise evokes thoughts of the Almighty — the same coating is used to adorn the domes of Orthodox churches. And the back of the phone bears an image of a cross with the inscription “Save and protect.”