Why KAMAZ trucks are the best in the world 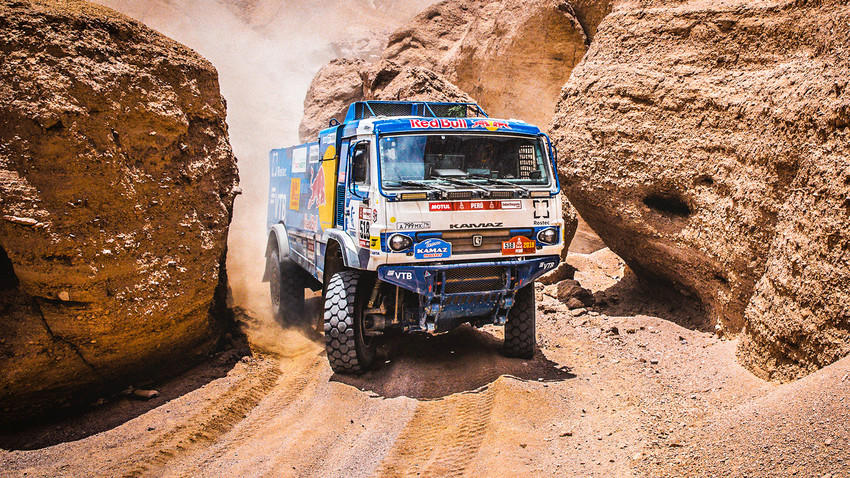 Red Bull Content/Global Look Press
Considered by many as one of the strongest trucks in the world, KAMAZ not only carries cargo. It’s an indispensable helper for the military and police, while also being a multiple champion of the DAKAR rally. 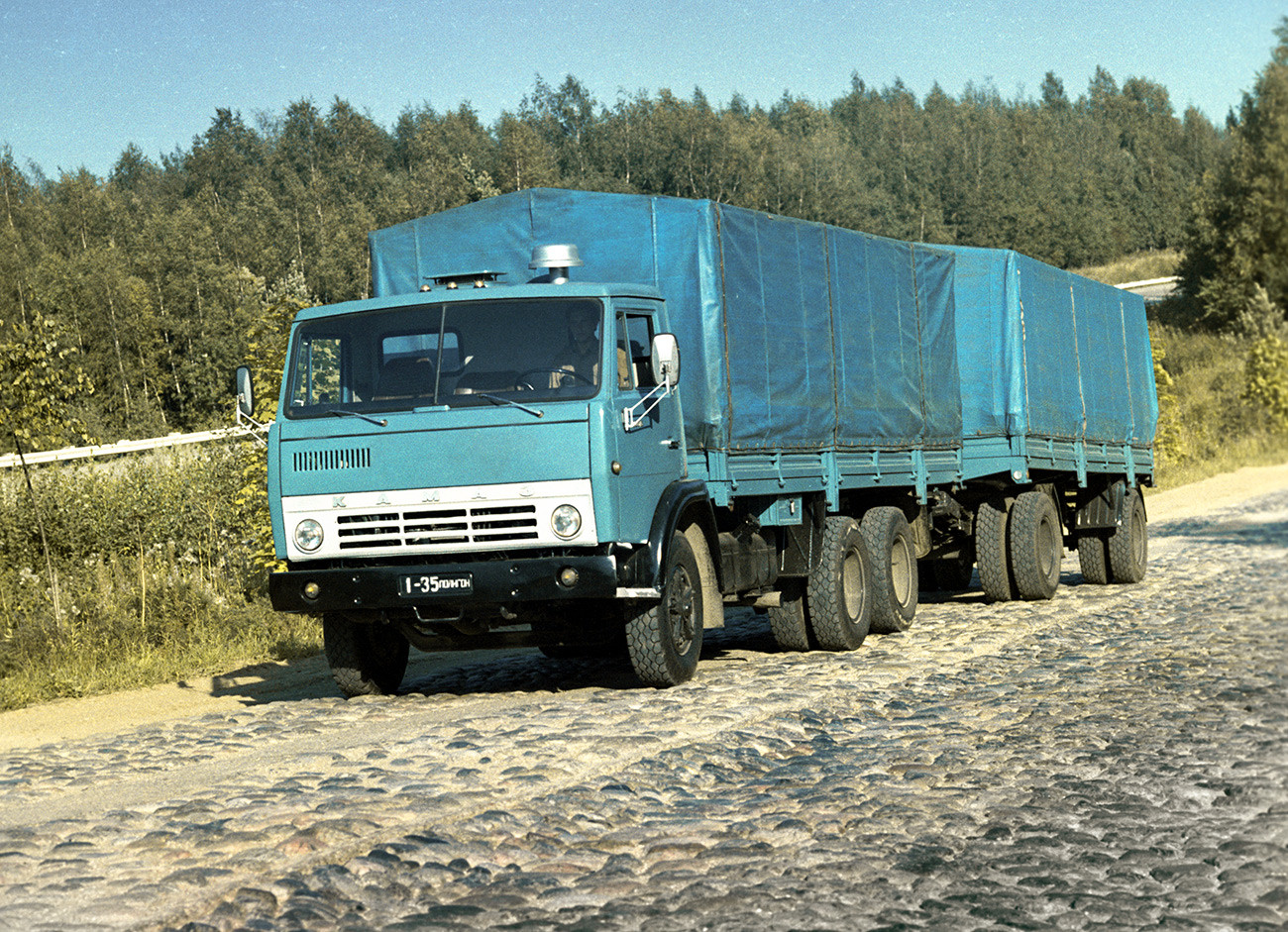 The first ever KAMAZ appeared in 1976. It was the legendary KAMAZ-5320, which stayed in production for almost 25 years. Soviet designers were in a hurry to satisfy the needs of the Soviet industry at the time. In the first year, 21 trucks were rolling off the assembly line each day. The truck was also commissioned to service the Soviet troops in East Germany.

The KAMAZ-5320 was easy to drive, had a more comfortable cabin compared with other trucks and performed well over rough terrain. However, the quality of details in the first trucks left a lot to be desired. This led to frequent breakdowns, where even repairs couldn’t help. This disadvantage was fixed in the next models. 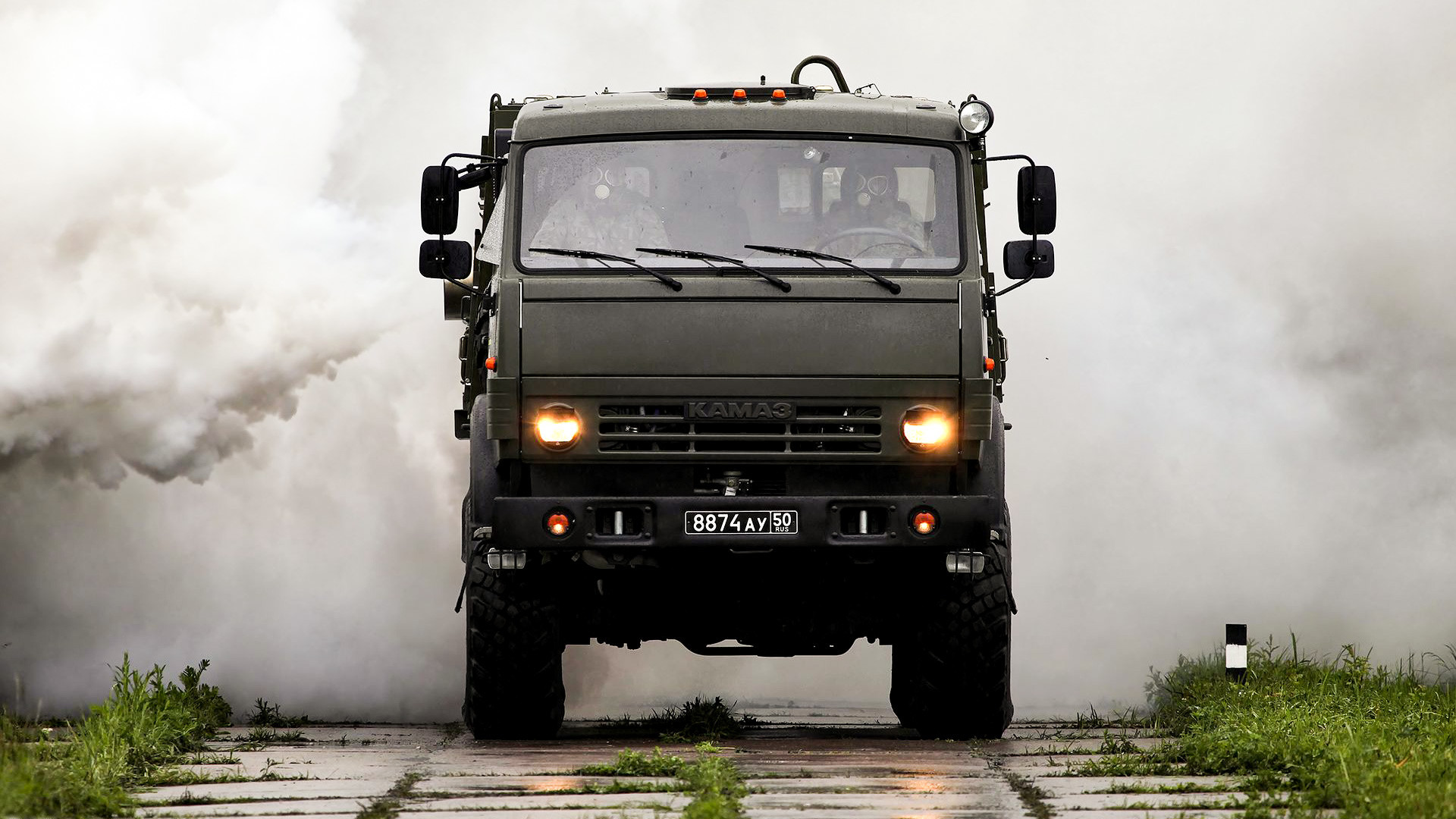 This workhorse of the Soviet Army has already been in production for 40 years. Especially pleased with the truck were troops stationed in Afghanistan. Reliable and comfortable, it was both good in transportation of cargo as well as soldiers. The KAMAZ-4310 with mounted anti-air gun became a powerful weapon, perfect in covering transport columns. 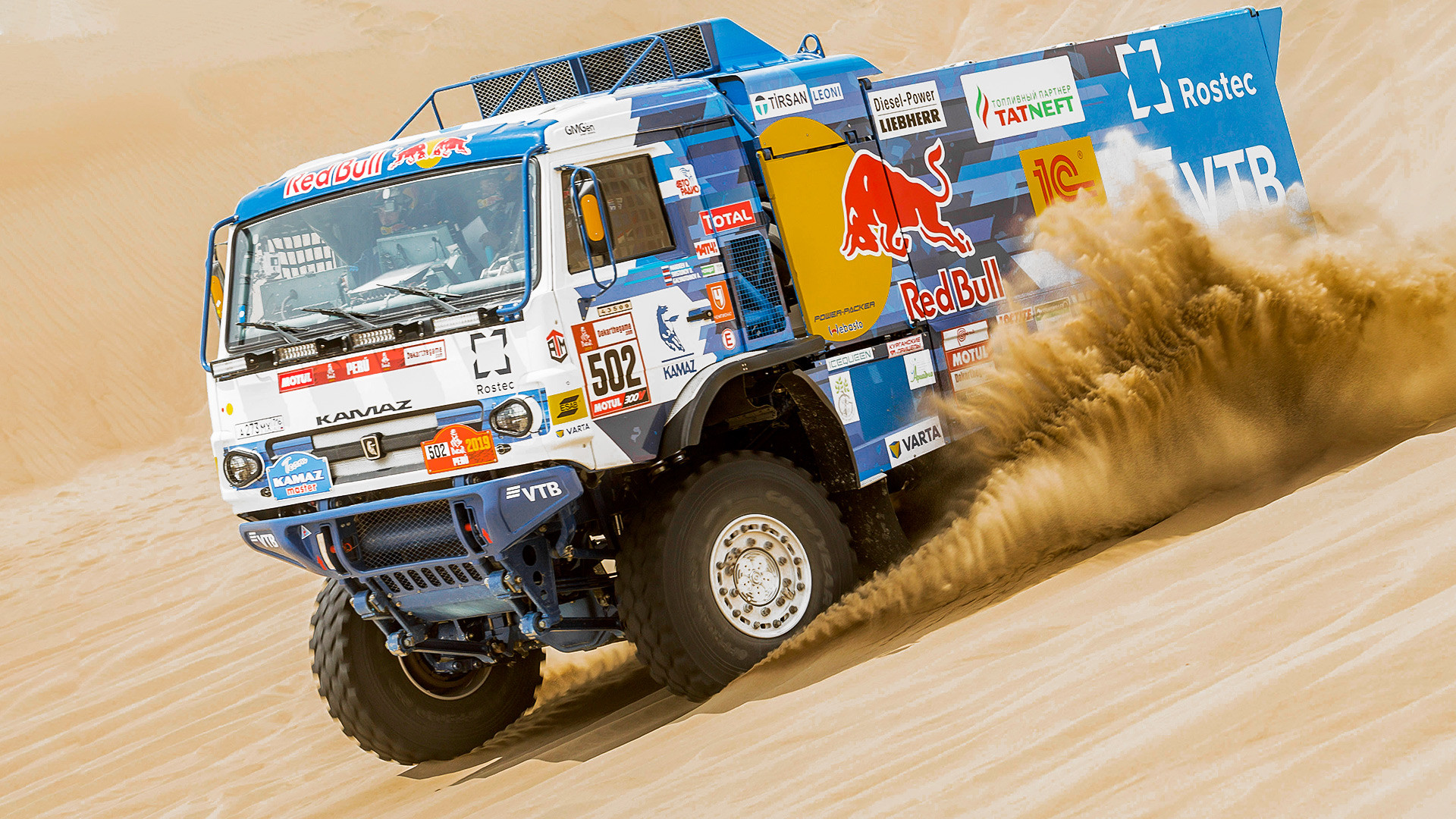 A multiple champion of numerous rally raids, the KAMAZ-4326-9 VK has been the main vehicle of the KAMAZ Master motorsport team for over 10 years. The 9-ton truck easily accelerates to a speed of 140 km/h on rugged terrain, while remaining surprisingly quiet in the process. 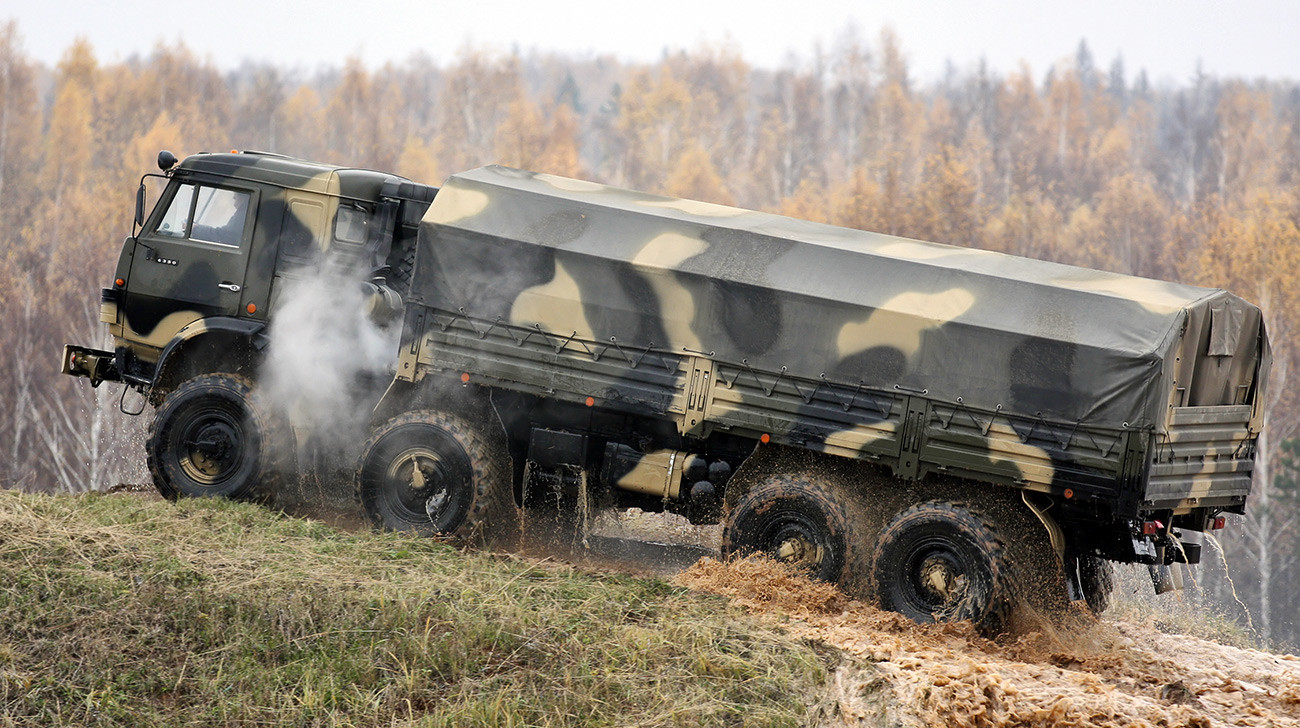 The KAMAZ-6350 is generally acclaimed as one of the most successful KAMAZ trucks ever. It effectively serves in both extreme cold and intense heat, which is why it’s very popular among the Russian Arctic Troops and Royal Saudi Armed Forces.

The truck’s 63501 modification, known as ‘Bear’, was designed to easily carry heavy artillery guns with a total weight of up to 12 tons, including ammunition and crew. 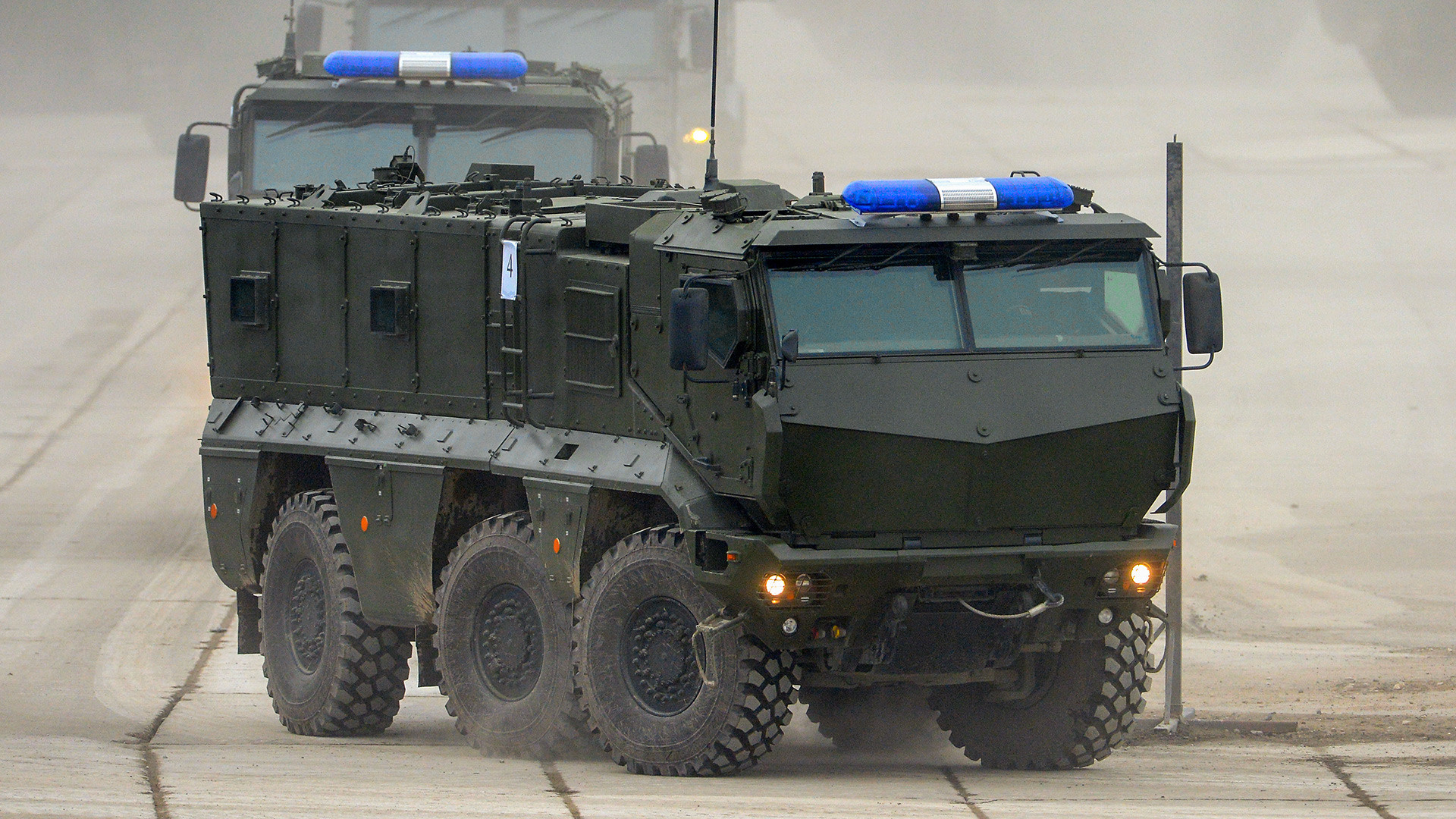 The bitter experience of the Afghan and Chechen wars demonstrated that transportation of soldiers in usual trucks can often lead to high casualties, in case these vulnerable vehicles are ambushed. That’s why KAMAZ designed the ‘Typhoon’ armoured vehicles, which are well-protected against high-explosive devices and heavy machine-guns.

The Typhoon is currently being used by the Russian military police, miners, military intelligence and special forces units.