Meet the Russian geneticist who wants to edit your children 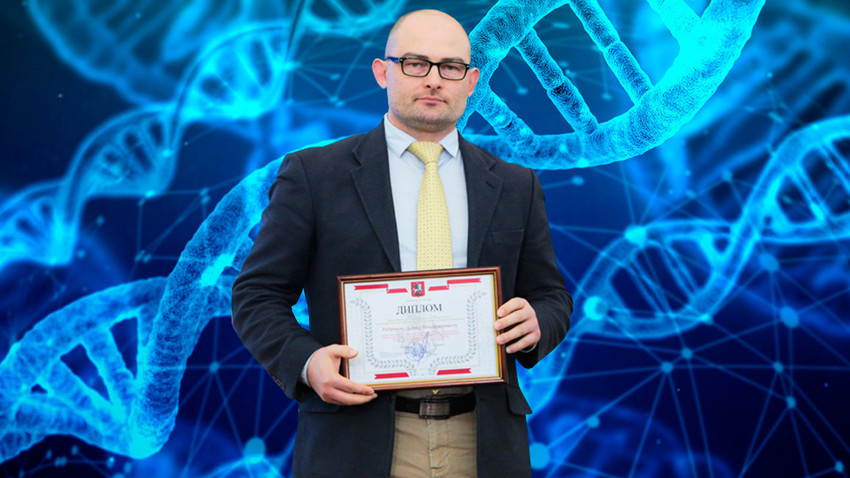 Mos.ru; Pixabay
CRISPR, a tool used to edit genes, has the power to shape the future of the human genome. The international community is wary of the technology, but a lone Russian scientist says we should already be doing more tests...on human embryos.

Denis Rebrikov would have been following the news with great interest when CRISPR, a method for editing the genes of living organisms, made international headlines last year.

It was reported that a Chinese geneticist named He Jiankui had edited the genomes of twin girls without consulting the global scientific community. Known to the world as Lulu and Nana, the babies had their CCR5 gene altered in the womb in the hope of improving their resistance to HIV. When He’s experiments were made public, the Chinese authorities cracked down on his research, and the resulting international uproar led to further restrictions on human testing using CRISPR. 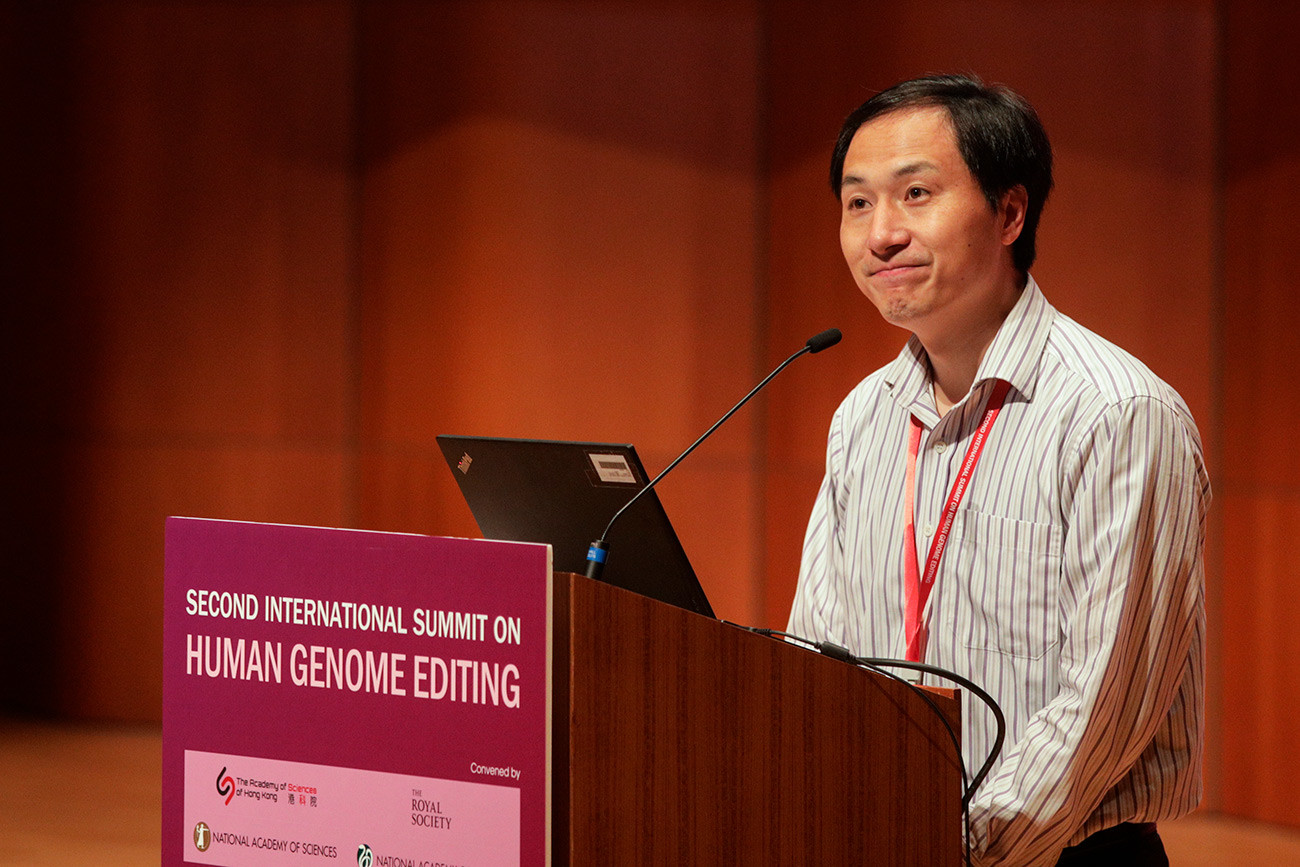 As it turned out, Rebrikov had already been planning his own tests for quite some time.

A Russian take on the problem

A geneticist himself, Rebrikov worked for years in relative obscurity at the Pirogov Russian National Research Medical University – that is, until he went public with his intentions last summer to pick up the torch where He left off. “When I see a new technology come forward,” he says, “I want to see how it works and how I can improve it.” Where Rebrikov’s vision differs from He’s is in whether or not experiments should be conducted openly or not. The Russian scientist believes everything should be done in the public eye, and with the involvement of the state.

Conversations over genome editing are nothing new for Russia. In fact, a public conversation on its national importance has been taking place over the past two years.

A watershed moment came in 2017 when President Vladimir Putin addressed a youth forum in Sochi. In some of his first public comments on the subject, the president described the technology’s potential applications, from the medicinal to the military, calling its use (and potential misuse) “as fearsome as the atomic bomb.” Elsewhere he confirmed it as a technology that will “determine the future of the whole world.”

Big hopes for a genetic future

Accordingly, Russia has been investing heavily into genetic research. $2 billion was reportedly spent on establishing official research programs in 2017, with an additional $3.3 billion invested this past April. The payoffs when they come will be enormous. Not only may the health of the nation be improved: as with any technology, innovation brings with it a geopolitical edge. Words like biodefense have circulated within the upper echelons of Russian society, and major figures like Mikhail Kovalchuk (director of the Kurchatov Institute, made famous by this year’s Chernobyl series) have pushed for Russia to become a global leader in genetics. 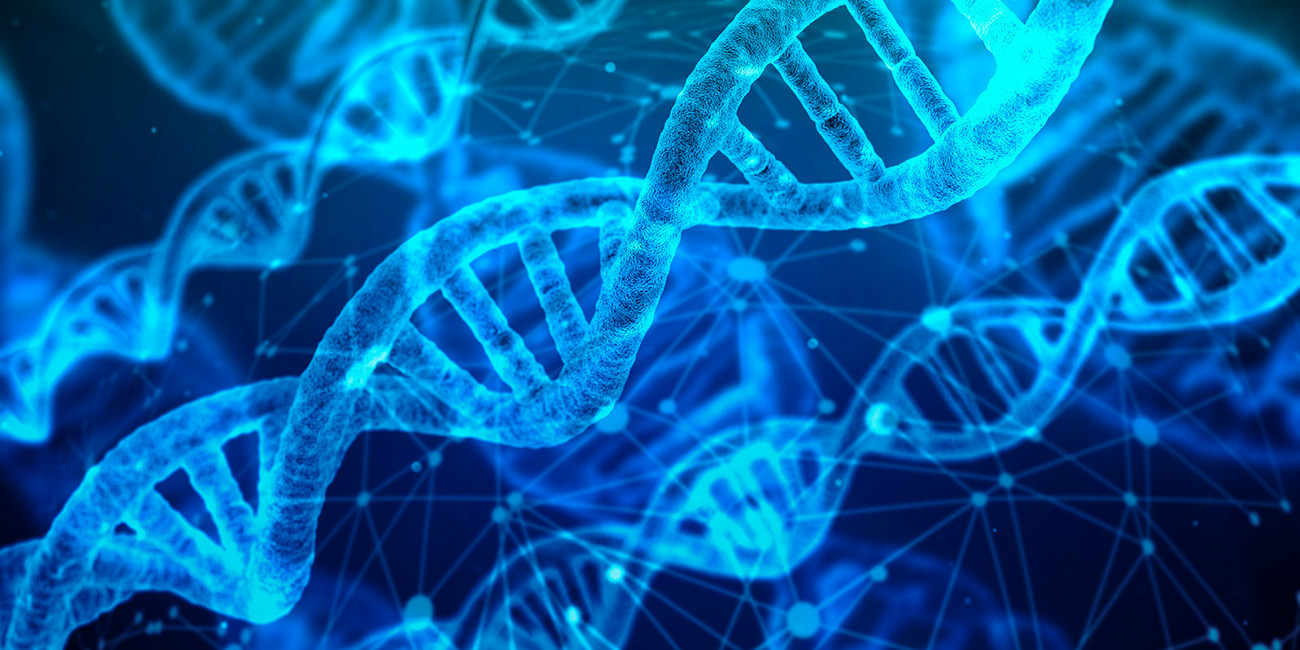 This kind of environment is encouraging for figures like Rebrikov, who decided to go public in June with his intention to continue working with genes affecting HIV transmission. But there was difficulty in finding parents who were willing to participate in such a study, so Rebrikov changed course and decided to work with genes connected to hearing loss in children. He found five couples who would qualify for the experiment; one of which met with the scientist to discuss potential risks and benefits. The couple as of yet has not decided on whether they want to participate, even in theory.

Rebrikov hadn’t gotten as far as He Jiankui before becoming an international sensation, but this was intentional: he may want the scientific community to know there are no secrets in his lab. For him, comparisons to nuclear weapons can be taken in his stride. “The situation is completely analogous to developing an atomic bomb,” he says. “Can bad people use technology for bad purposes? Of course, but did ethical concerns stop the Soviet Union from doing so?”

And what about ethics?

While international the reaction has not been as heated as it was with He, there have been numerous articles published in major journals like Nature and Science demanding that the international community pressure Rebrikov to stop any future applications of the technology. Some have gone as far as to call him ‘rogue.’

In contrast with policies in China and the United States, though, Russia’s response has been more cautiously optimistic. Whereas other global powers have placed effective moratoriums on embryonic genetic editing (with little chance of these policies changing any time soon), an official panel including leading Russian experts met in July to discuss the question. Figures ranging from Kovalchuk to prominent endocrinologist Maria Vorontsova were invited to speak at the gathering. 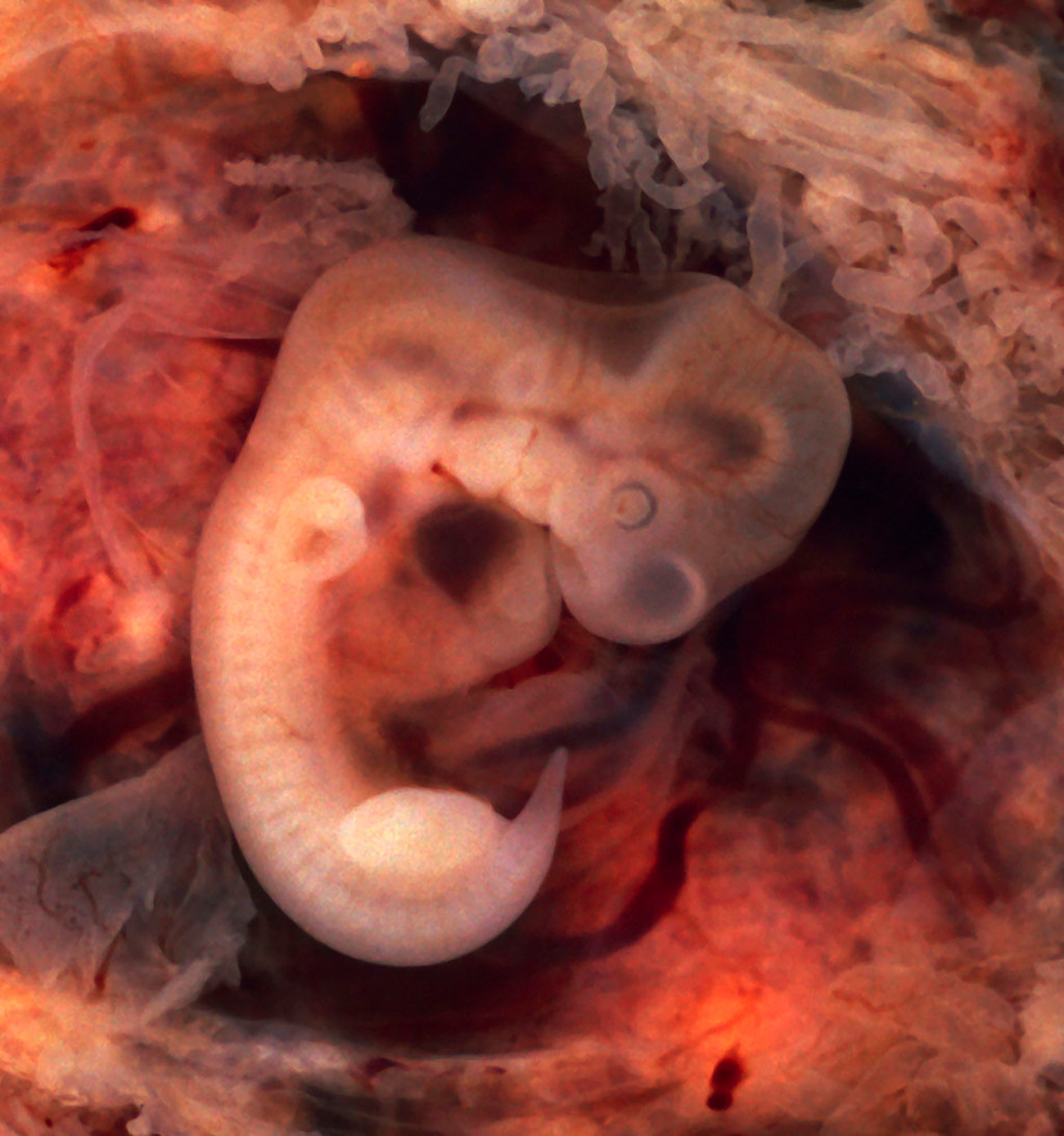 The scientist also receives support from the Pirogov Institute. Sergey Lukyanov, Rebrikov’s colleague and former PhD advisor, says that his intentions are admirable: “[He] is one of those people who takes action towards any imperfection of the universe that can, from his point of view, be corrected. For him, this is an opportunity to bring happiness to parents to have healthy children.”

Rebrikov is not without his critics, however. Prominent researchers like Pavel Tishchenko, a bioethicist at the Russian Academy of Sciences (RAS) Institute of Philosophy, have called for increased restrictions. Tishchenko organized an ethics panel in October 2019 to review the case and is concerned that parents might not be aware of all the risks involved, or that ethics and regulatory committees might not be as rigorous as necessary.

One of the main questions that needs answering, Tishchenko has said, is who will bear responsibility for possible complications down the line. The edited genes in the Chinese twins might have effects beyond HIV resilience (especially as the CCR5 gene is linked to memory formation), and he claims that today’s scientists are not equipped to make the necessary judgment calls.

Do we need these experiments at all?

The Russian Ministry of Health has since come out with an official statement calling genetic experimentation on humans ‘premature.’ Interesting enough, however, no concrete regulations have been introduced that would definitively prohibit experiments like the ones Rebrikov suggests. Under the current rules, a grey zone exists that may allow for certain experiments depending on whether or not the embryos were created for research purposes or previously discarded, or on whether the experiments are conducted for research purposes or for a clinical trial. 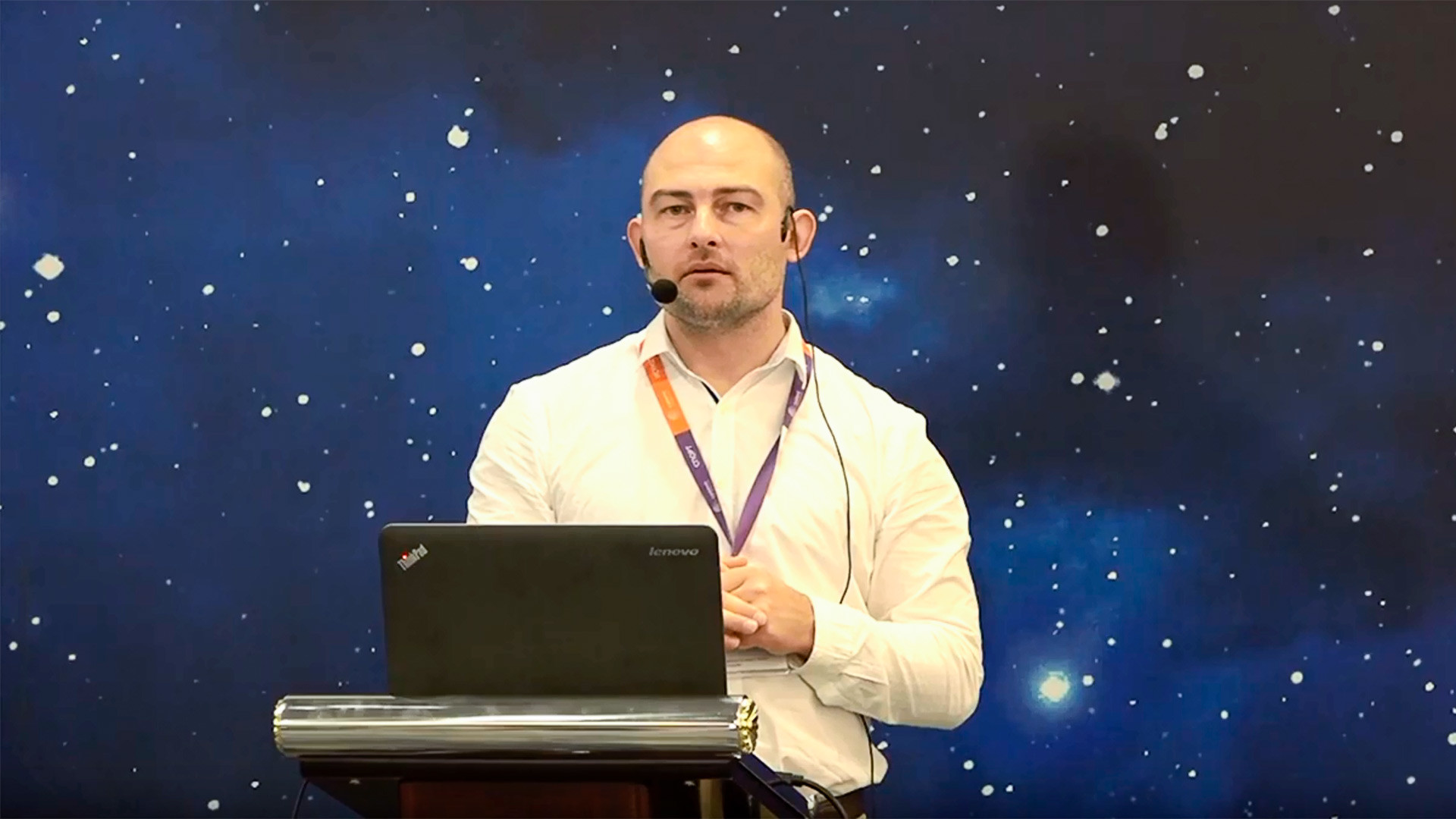 For now, it seems like Rebrikov has put some of his plans on hold. He has said publicly that he “will definitely not transfer an edited embryo without the permission of the regulator,” but all the same has expressed frustration with the delays. “I want the rules to be set,” he said, “but nobody is doing this.” Moreover, the couple which consulted with him has not yet expressed interested in progressing further, and the global attention paid to his research may make any future missteps into a potential international incident.

But temporary setbacks are no guarantee that the status quo is going to last. The current regulatory limbo, despite the rhetoric from Rebrikov’s critics, still allows for dramatic steps to be made in the future. And given the potential for genetic engineering to change the world, it may be that Russia may still allow Rebrikov and his team to develop their research further than any other scientist on the planet.

Only time will tell.