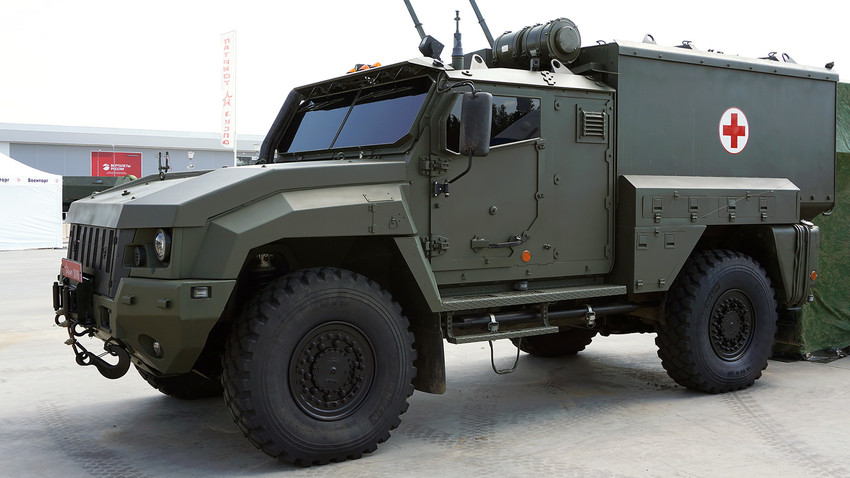 Vitaly V. Kuzmin/vitalykuzmin.net
These metal monsters will protect frontline doctors in the fight against terrorists.

Russia’s newest Linza armored car has been spotted at one of its military strongholds in Syria, according to Russian media.

The vehicles were sighted 45 km from Raqqa, which is currently under the control of the Syrian Democratic Forces.

What is the Linza 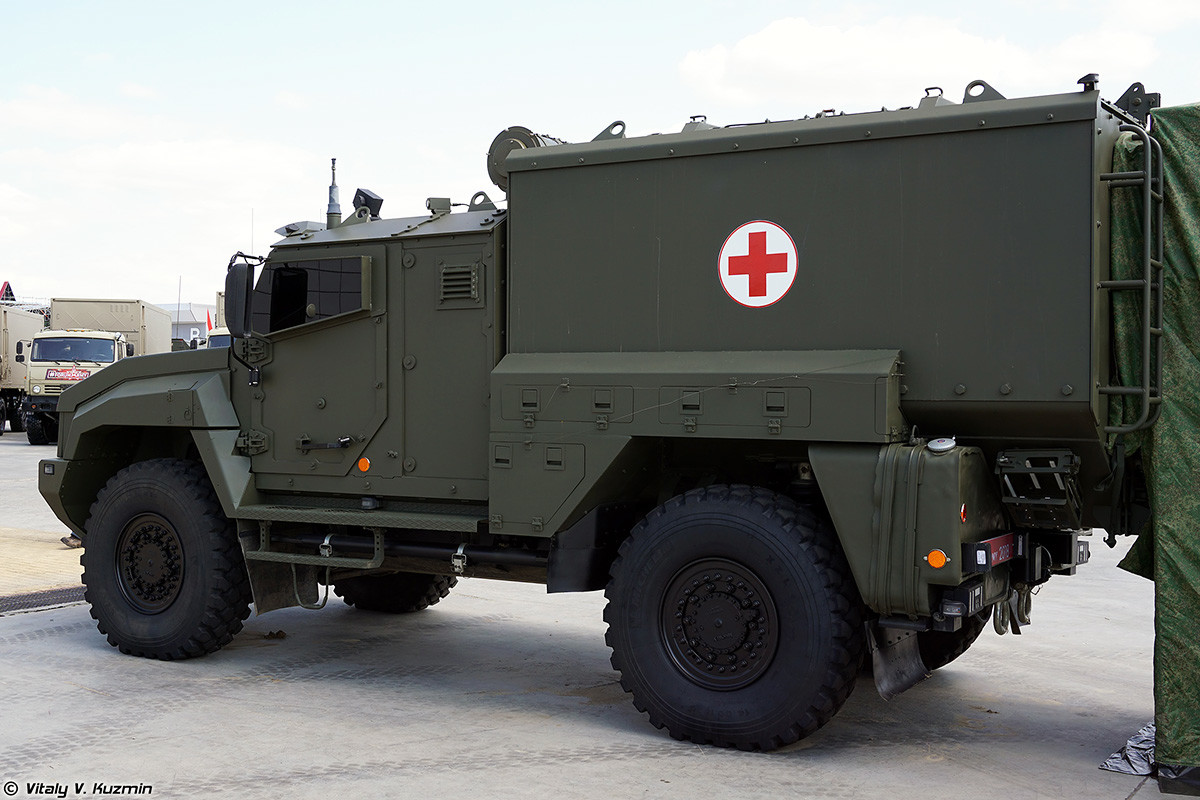 The project is still under wraps, so this article looks at non-sensitive data released by engineers and the Russian Defense Ministry.

The vehicle is an armored car for evacuating the wounded from the battlefield. At heart, it is an army ambulance, capable of withstanding shelling from all types of small arms as well as mine explosions.

The Linza was created on the basis of the Typhoon family of APCs (see link to our previous article), but unlike the latter, in the main compartment behind the driver’s cabin, doctors will be able to treat the injured. It can accommodate up to four people in a lying position, or six sitting.

A combination of positions is also possible, such as two lying, three sitting. The vehicle ensures a smooth ride, and can deliver the wounded over rough terrain in as much comfort as possible.

What’s more, the Linza features composite body armor (ceramic and steel), able to withstand a direct hit from a large-caliber sniper rifle even if armor-piercing incendiary ammunition is used.

In addition, the underside is resistant to anti-tank shells, and can withstand an explosion equivalent to 8 kg of TNT. And even with a wheel destroyed, the vehicle can move at 50 kph over rough terrain.

Five cameras installed around the perimeter ensure all-round visibility. And there is space for a roof-mounted machine gun, which the driver’s assistant operates remotely on a display from inside the armored compartment.