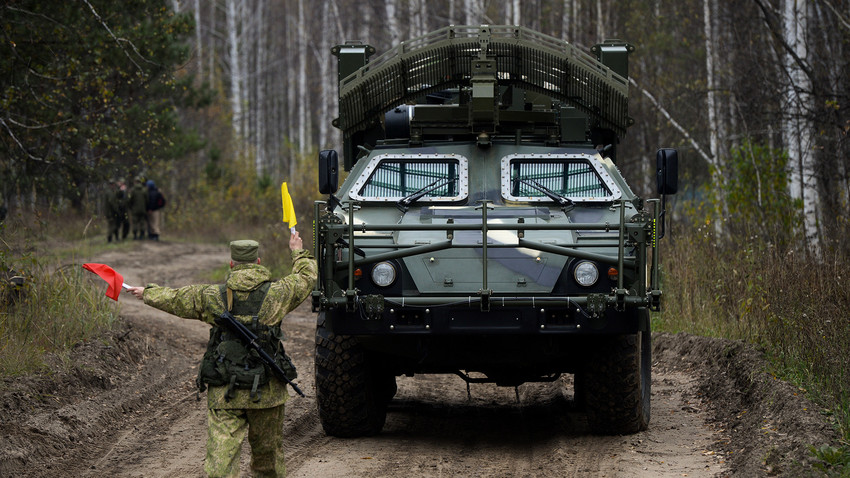 Alexandr Kryazhev/Sputnik
Due to be combat-tested in Syria, this new monster will protect Russian missile systems against mines.

At the next Victory Day parade on May 9, Russia is set to unveil to the world its new Listva demining vehicle. The system has been specially developed for the country's Strategic Missile Forces.

“The military needed a deminer to protect costly missile systems when moving in unfamiliar territory. So Russian engineers created an armored car that ‘sees’ all metal objects at a range of one hundred meters ahead,” Dmitry Safonov, former military analyst for Izvestia newspaper, told Russia Beyond.

As he explained, the Listva, advancing at a speed of 15 kph, can disable various explosive devices, and in some cases even remotely detonate enemy mines.

“The operating principle is as follows: the machine fires electromagnetic pulses at the electronic components inside explosive devices. It burns them up. as a result, the mine either remotely detonates or becomes unusable, because all its microcircuits are fried,” the analyst made clear. 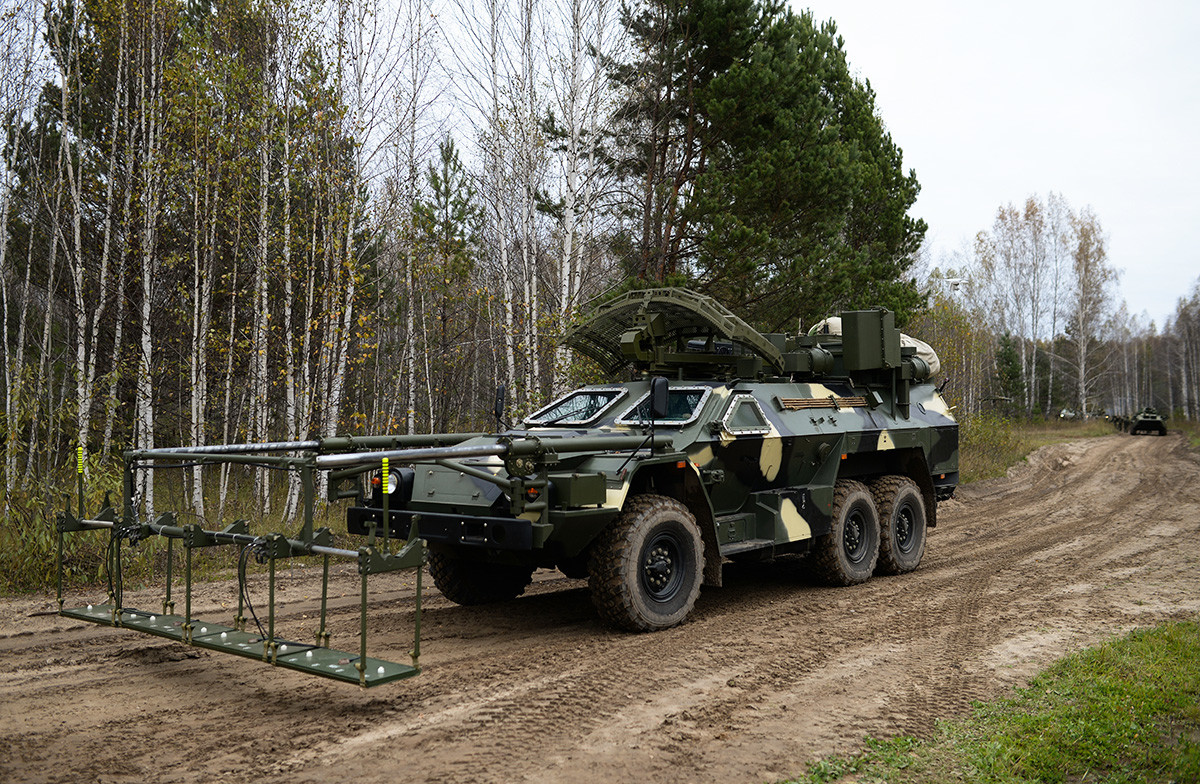 The Listva is a light-armored vehicle on an APC chassis; its body is coated with armor able to withstand a direct hit from an AK and shield against grenade fragments.

The vehicle has three combat compartments: the first houses the commander and driver; the second conceals the radio operator, who searches for mines and scans the surrounding terrain; the third is for a team of sappers, in case a mine needs to be finished off manually.

Since the Listva is an army vehicle, comfort had to be sacrificed. A significant part of the interior space is given over to electronic equipment, with the largest part installed on the roof and in the front section outside of the armored hull.

This includes 16 externally mounted sensors for locating objects at a range of one hundred meters and transmitting the information in real time to the operator at the control panel.

“The vehicle has already seen combat duty with the Strategic Missile Forces. At a later date, it will be sent on missions to Syria, where it will have to prove its mettle by locating and clearing mines in territories captured from militants,” Safonov summed up.