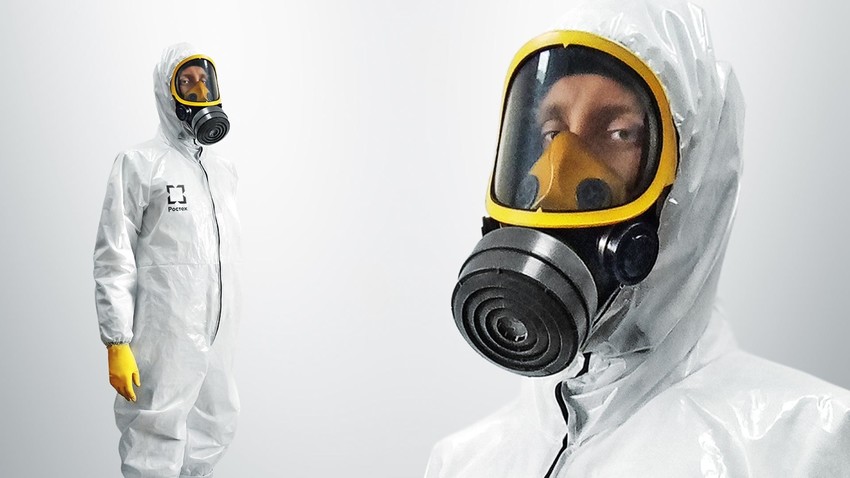 Rostec
The futuristic outfit is promised to be available to buy for just $25.

Russian company Rostec has begun the pilot production of a new antivirus suit that aims to protect from any biological threats. The 500-gram costume is made from durable, membranous material and covers the body from head to toe. The suit can additionally be supplemented with gloves and a respirator.

According to the company’s official website, it was created due to the ongoing coronavirus outbreak and primarily intended to protect health workers, however can also be used in degassing works in mines, for example.

“Unlike other analogues, these suits provide guaranteed protection against biological agents (viruses, bacterias, spores), as well as from dangerous chemicals (acids and alkalis),” the company said.

The overall will be able to buy for just 2,000 rubles (ca. $25). “It’s planned to deliver them both to enterprises and retailer chains,” the company explained. According to Rostec, the costume would be available not only to companies, but to individuals also.

These suits are made by Rostec’s subsidiary, Roskhimzaschita (Tambor Region, the Russian south).

Besides these suits, Rostec has announced the pilot production of respirators at its plant in Moscow Region.

The mask uses a photocatalyst filter (the technology is called: TIOKRAFT). The mask filters substances and breaks them into water and carbon dioxide under the influence of ultraviolet. The mask should protect a person from dangerous pathogens such as Koch’s wand, bacterias and fungal spores. Unfortunately, the exact date for the mass production and the price for the mask is not known.