‘Moskvitch’: the triumph and sad end of a famous Moscow car plant (PHOTOS) 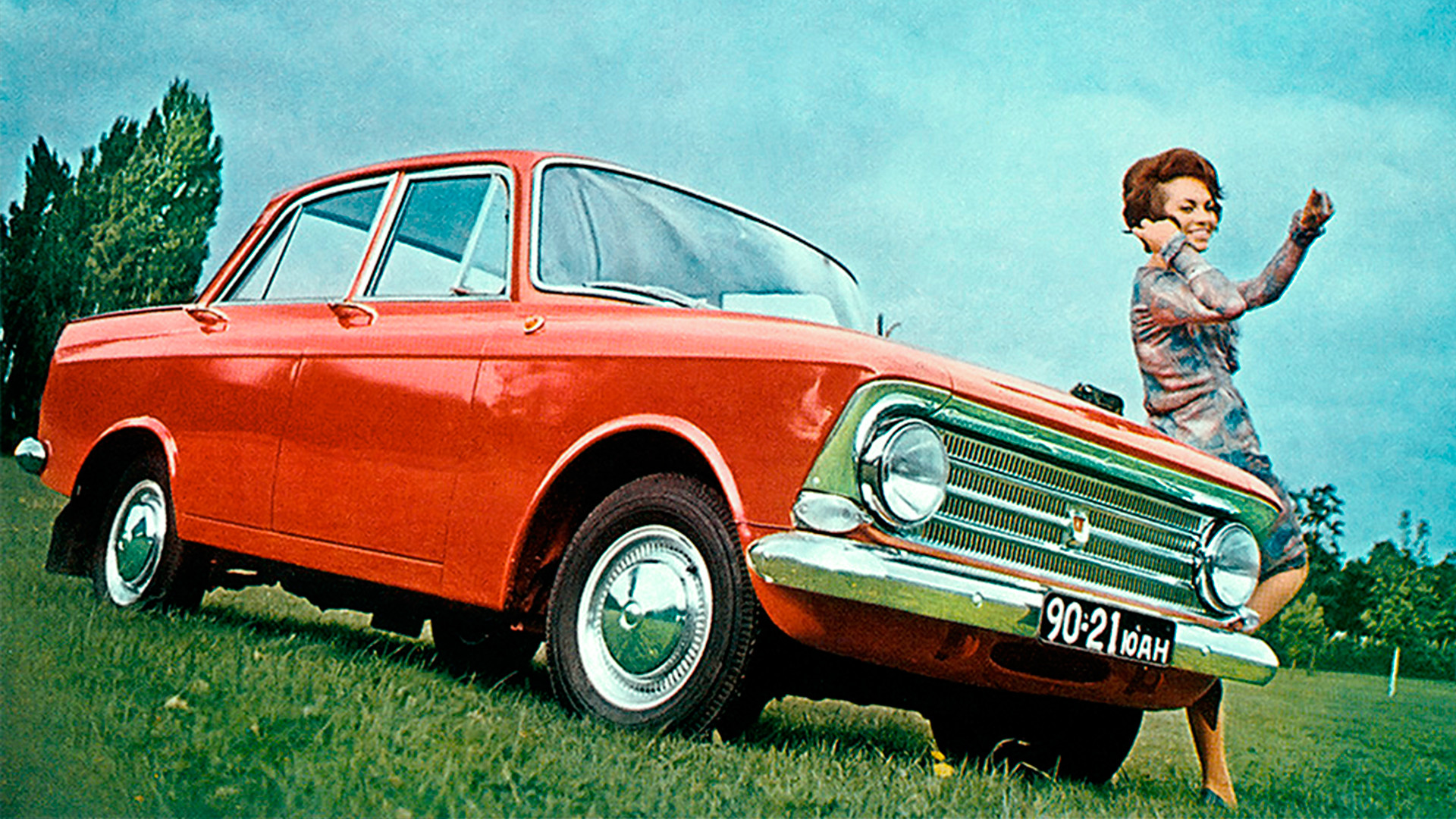 Archive photo
The famous car factory had changed names several times and seen different times before it’s unfortunate demise. This is the history of the ‘AZLK’ in a timeline photo gallery.

The building of the ‘Moskovskiy Avtosborochniy Zavod imeni Kommunisticheskogo Internatsionala Molodezhi’ (“Moscow Automotive Plant n. a. Communist Youth International”), also known as ‘KIM’. It began operating in 1930. KIM’s goal was to provide the Soviet people with cheap, but functional cars. The plant had occupied quite a big area along the Ostapovskoe Highway (now known as Volgogradskiy Avenue) in the south-east of Moscow.

One of the first Ford ‘Model A’ cars leaving KIM. At first, KIM didn’t design its own cars, because the Soviet engineers didn’t have enough knowledge and experience. The plant started putting together faeton type cars . The components were delivered from the USA under a license. There also was another model – the ‘Ford AA’, a cargo  type. In 1933, the plant became part of Gorkovskiy plant, located in Gorkiy (now known as Nizhny Novgorod, 400 km north-east of Moscow) where full-cycle production was set up. 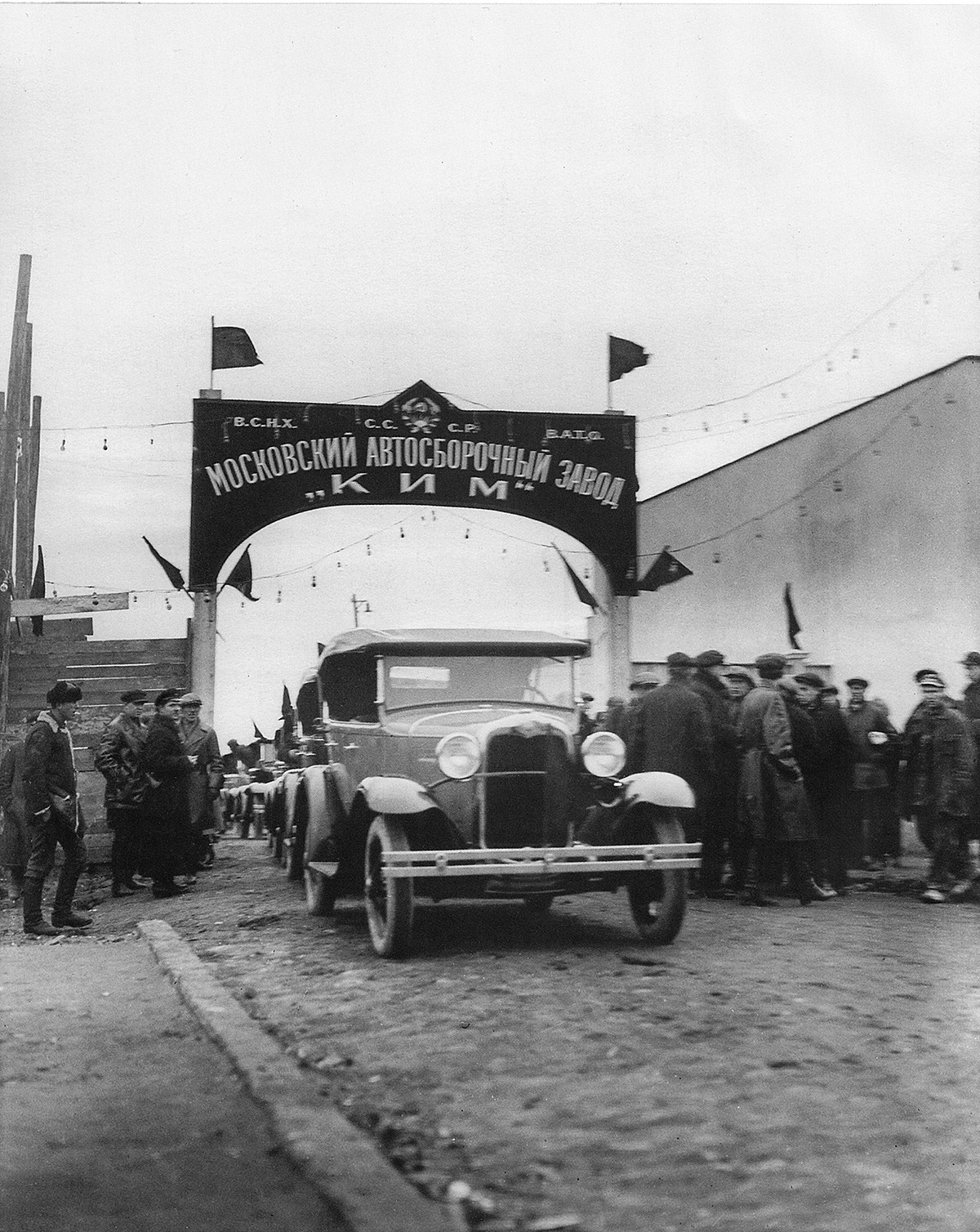 In 1940, a new era had arrived. After becoming a self-dependent organisation 5 years earlier, KIM had been through a large-scale reconstruction and began making its own models of cars. So, in 1940, the first ‘KIM 10-50’ (pictured) was produced. It was lighter than the Ford models with a maximum speed of 90 km/h. This car was a sedan-type inspired by the British Ford ‘Prefect 1938’. Then, a faeton-type ‘KIM 10-51’ was created, but both models never became a vehicle for the masses, as neither of them was cheap enough. And in 1941, the plant was restructured to produce war equipment. 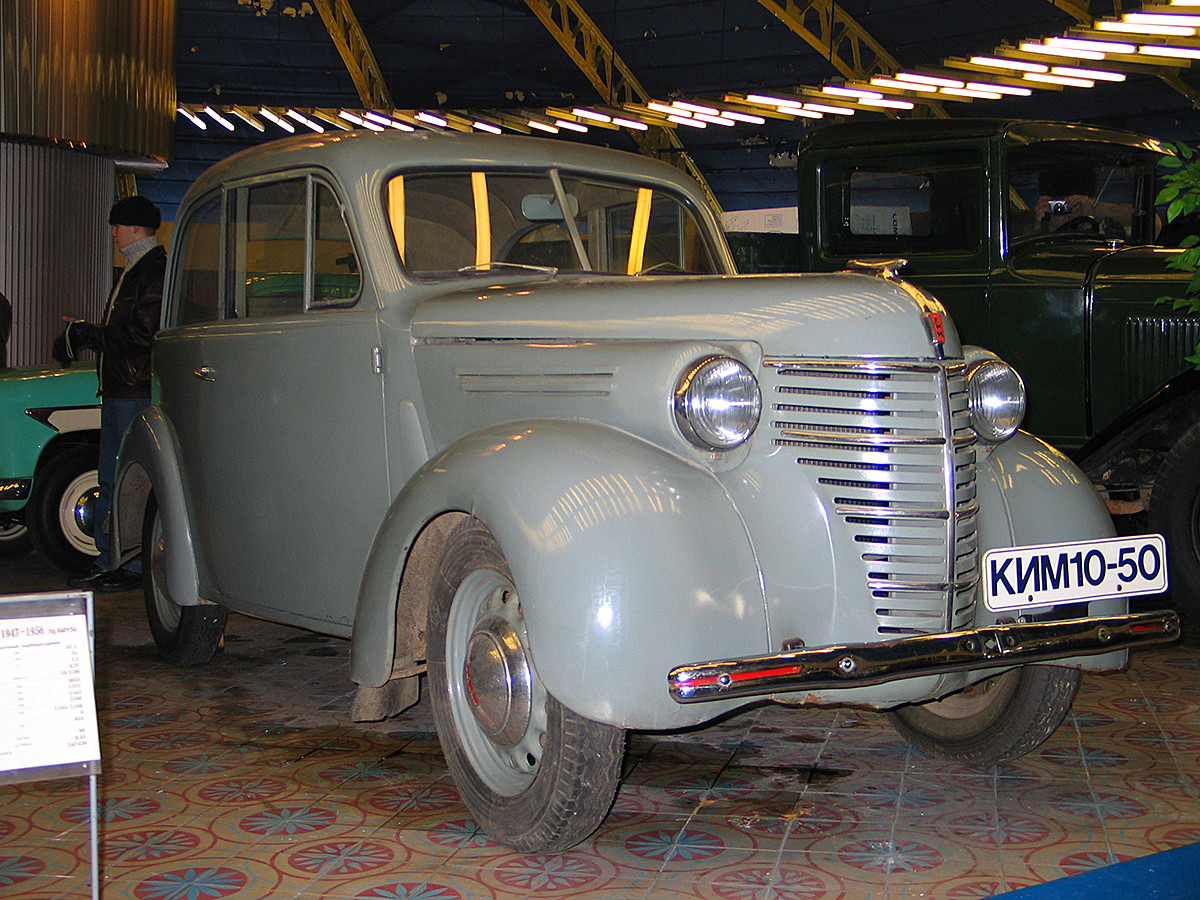 After the Great Patriotic war, the plant changed its name to ‘Moskovskiy Zavod Malolitrazhnikh Avtomobiley’  (“Moscow Small Car Factory”), also known as  ‘MZMA’, and started to produce a new car – the ‘Moskvitch-400’. It was named in honor of the 800th anniversary of the foundation of Moscow, celebrated in 1947. Again, this car wasn't an invention of Soviet engineers: the German car Opel ‘Kadett 1938’ was used as its basis. The ‘Moskvitch-400’ was well equipped. It was still quite expensive, but this car was now considered the first model affordable to the Soviet people. Its owners liked it, so in 1954, the plant created an updated version called the ‘Moskvitch-401’. It had a higher capacity motor and was more comfortable. Both models were even made for export. Later, other modifications appeared. 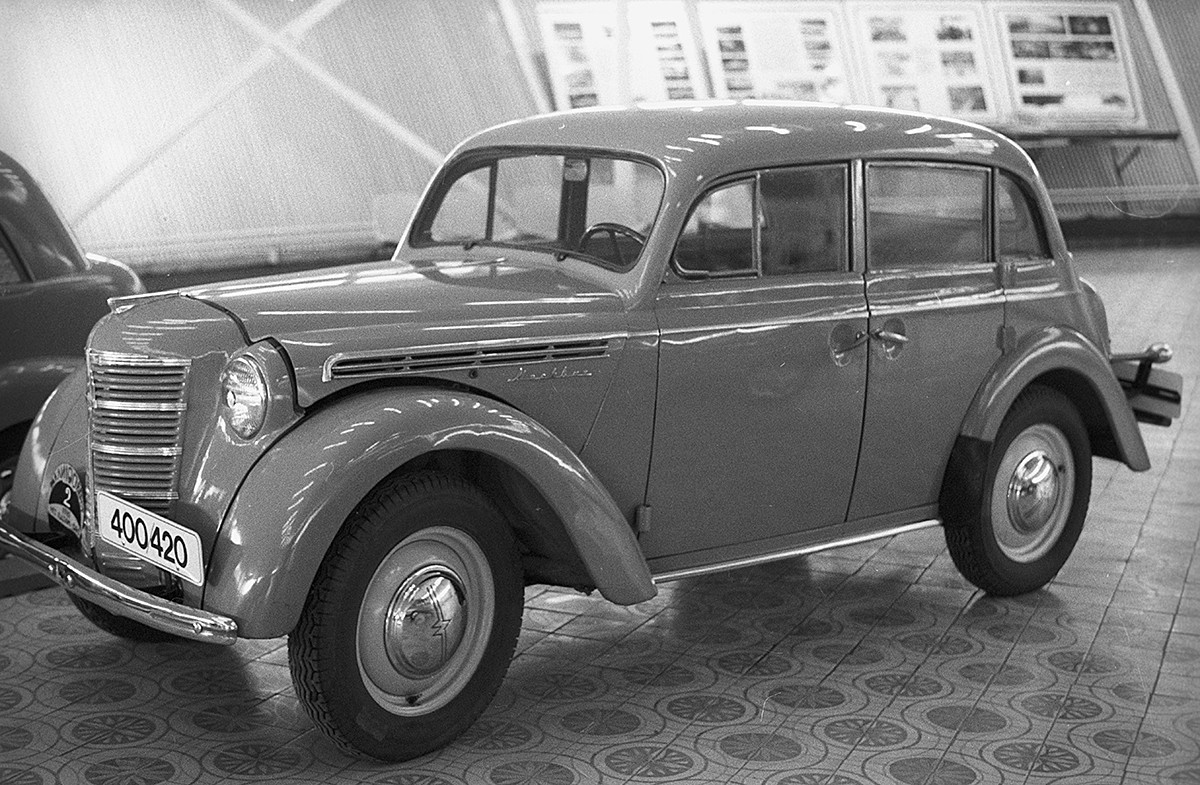 In 1957, MZMA engineers worked out a wagon car model called the ‘Moskvitch-423’. It was a brand-new car type for the USSR. This one was finally inspired by a Soviet experience – the ‘Moskvitch-423’ was based on one of the modifications of the ‘Moskvitch-400’. Of course, some construction changes had to be made for the needs of this car type. For example, it had special telescopic suspension. The trunk hatch opened to the left, unlike the models we have nowadays. The advertisements said this wagon car could carry 250 kg of weight.

‘Moskvitch-407’ became a real hit for  MZMA. It was produced from 1958 to 1963. It was equipped with a powerful motor. The car could reach a maximum speed of 115 km/h, which was considered a good performance at the time. Moreover, the ‘Moskvitch-407’ was a very comfortable and convenient model with a stylish design. At the same time, the plant had managed to lower the price of this car considerably, so it became affordable for many Soviet people. This model was also extremely popular abroad: lots of cars were exported to other socialist countries and even to Western Europe. The model won the Grand Prix of Expo 58 in Brussels in 1958, as a part of the Soviet exposition. 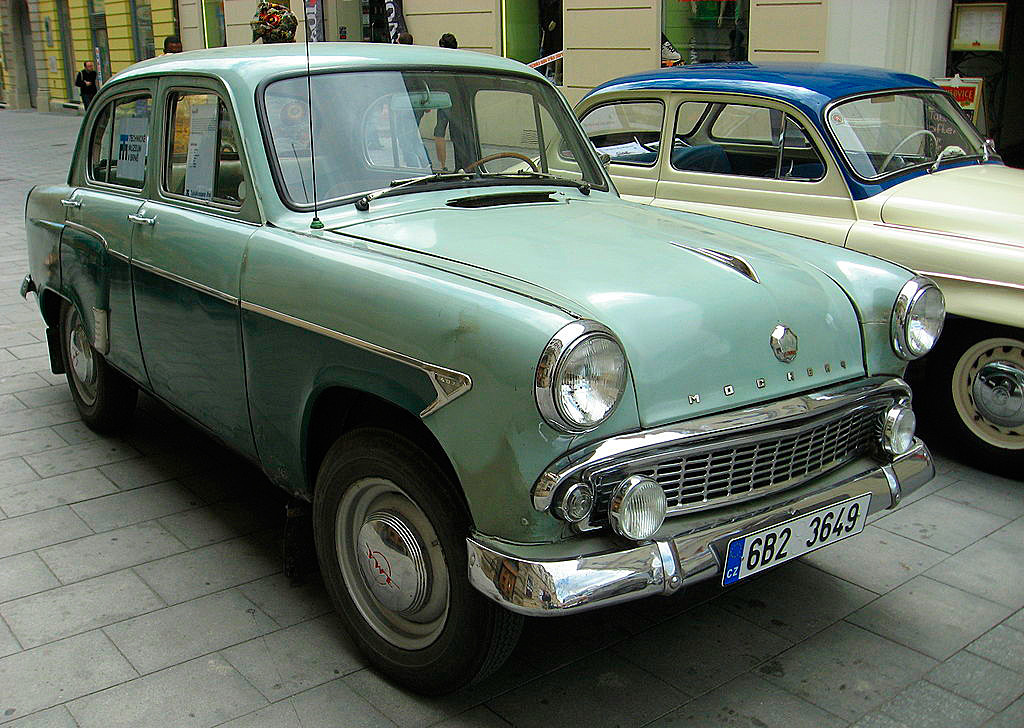 The ‘Moskvitch-408’ became the next successful model. First, it was presented at the British International Motor Show in 1964, and the following year, mass production was started. The car was powerful and reliable, and its modern design made the model even more likeable. The ‘Moskvitch-408’ could easily compete with foreign models like Opel’s ‘Kapitan A’. This is why it was extremely popular, not only in the USSR, but also in European countries. 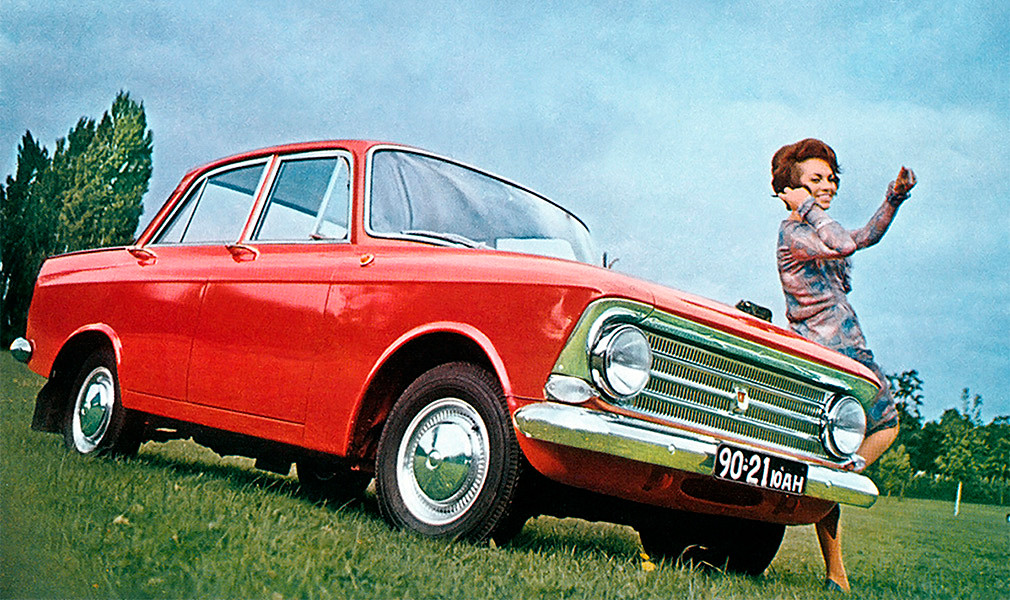 MZMA wasn’t just a plant making cars for everyday needs, it had also designed a number of racing models, too. ‘Moskvitch G-4’ (pictured) is an interesting example of them. It was first created in 1965. As it wasn’t a mass model, only three cars were ever produced. The construction of this racing car was based on the ‘Moskvitch-407’ like the previous one, the ‘Moskvitch G-3’. But the ‘Moskvitch G-4’ had less details, to reduce the width and overall weight of the car. The constructors wrote that the car itself without petrol and driver weighed just 512 kg and was only 710 mm wide.

In 1968, MZMA had changed its name to ‘Avtomobilny Zavod imeni Leninskogo Komsomola’ (“Lenin Komsomol Automobile Plant”), also known as ‘AZLK’, which is now remembered the best. Under the new name, it kept designing and producing new models until the ‘Mosckvitch-2141’, also known as the ‘AZLK-2141’ and ‘Aleko’, was designed in 1986. It was the last successful car made by AZLK and the first front-wheel drive car in the USSR. Different modifications of this model existed, but none of them had a motor made by AZLK. They were equipped, for example, with the motors made by VAZ (“Volzhskiy automotive plant”, located in Tolyatti, 800 km south-east of Moscow). 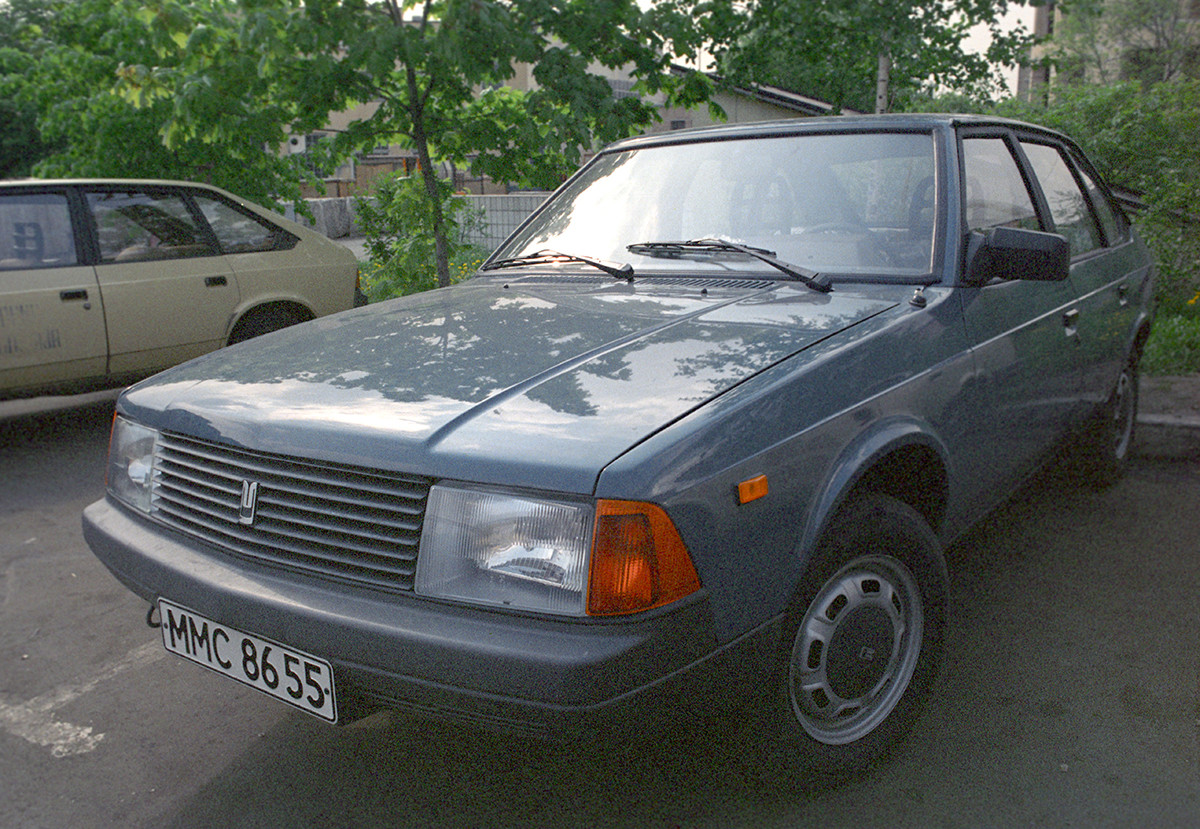 Valentin Kolomnikov was the long-standing director, first of MZMA and then of AZLK, from 1953 to 1992. He was the head of the plant during the times when it produced its best cars. Many AZLK workers considered him to be an extremely strict leader, but when he died in 1992, it seemed to them that they had become orphans. In 2015, one of the streets along the former territory of AZLK was named in his honor. 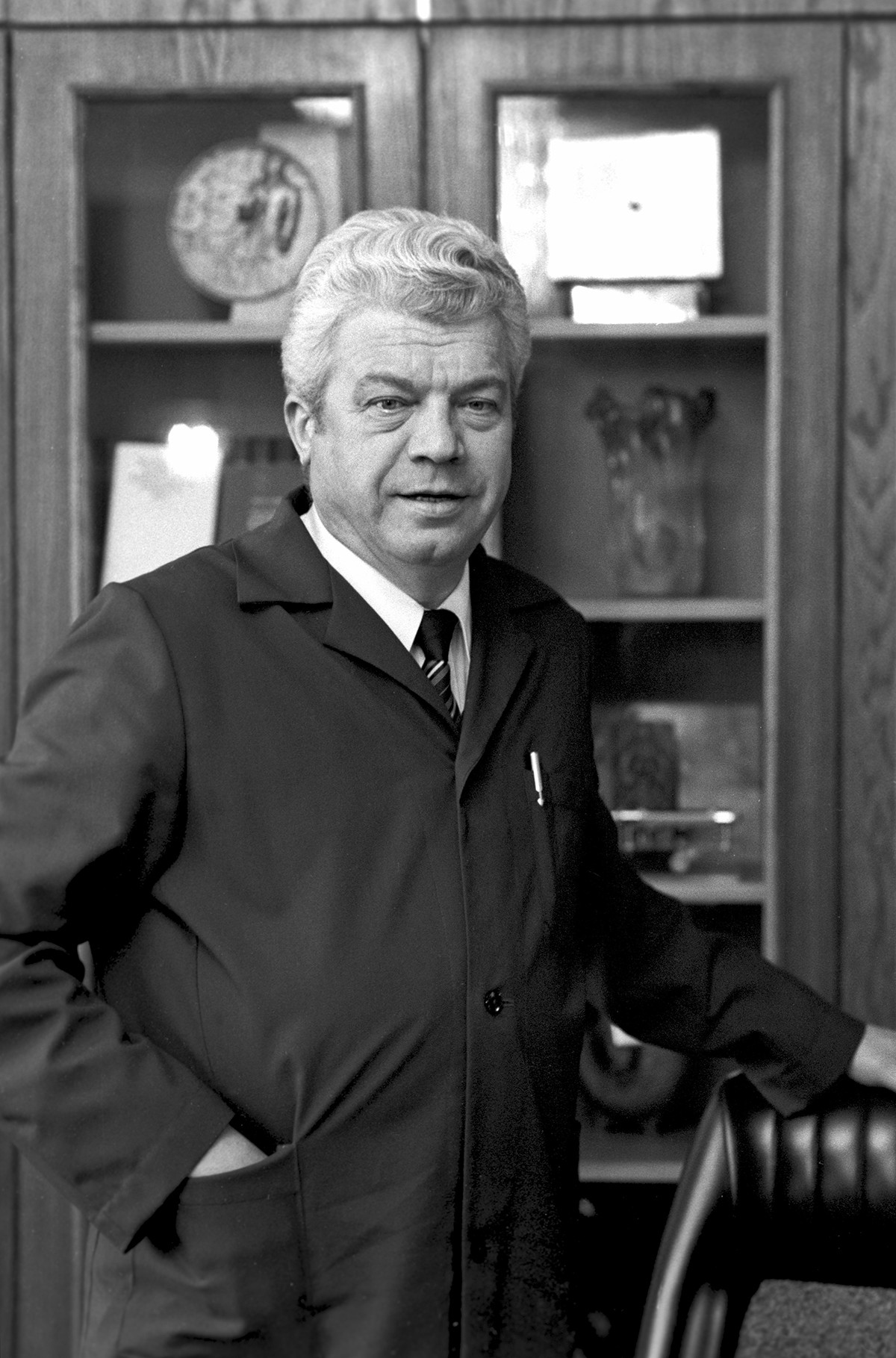 The death of Kolomnikov coincided with the difficulties the whole country faced after the breakup of the USSR. In 1992, AZLK changed its name for the last time: it became OAO ‘Moskvitch’ (‘Moskvitch’ Joint-Stock Company). First, problems had appeared even before the USSR’s breakup: it was too difficult for AZLK to compete with other plants like VAZ. In the 1990s, ‘Moskvitch’ kept working during a decline in demand, and in the second part of the decade, production was reduced. The workers were even paid in car parts instead of salary. 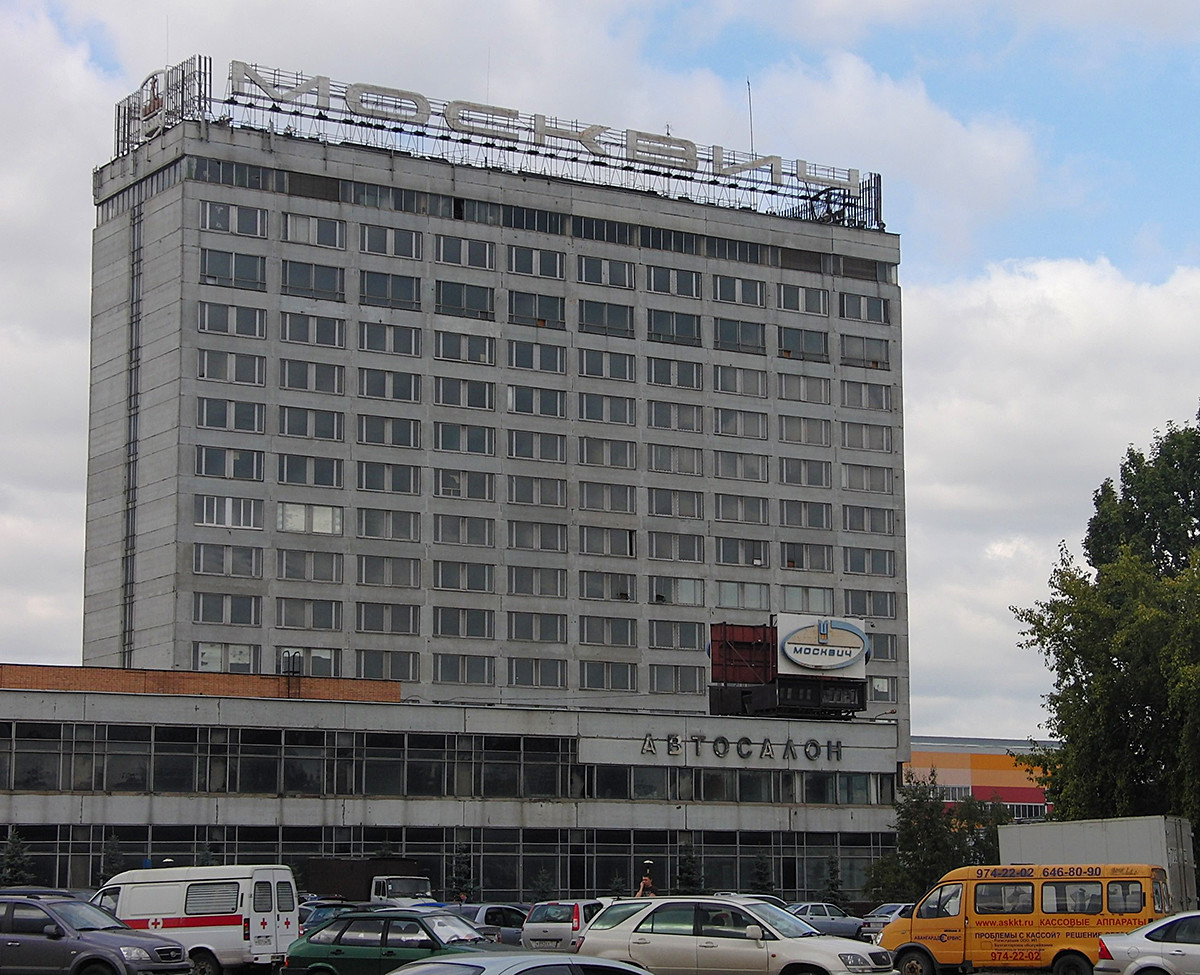 But in the end, nothing helped ‘Moskvitch’ solve its problems, so in 1998, the plant radically changed its concept: it stopped making cheap small cars and the engineers instead created a premium class model called ‘Ivan Kalita’ (after a famous Grand Duke of Moscow, who lived in 14th century). This car was based on the ‘Moskvitch-2141’. Its production ended in 2001, because the quality was considered to be not high enough for premium-class and buyers didn’t like it. Two years later, the plant started a bankruptcy procedure. It finished in 2006, and in 2010, ‘Moskvitch’ was officially closed. 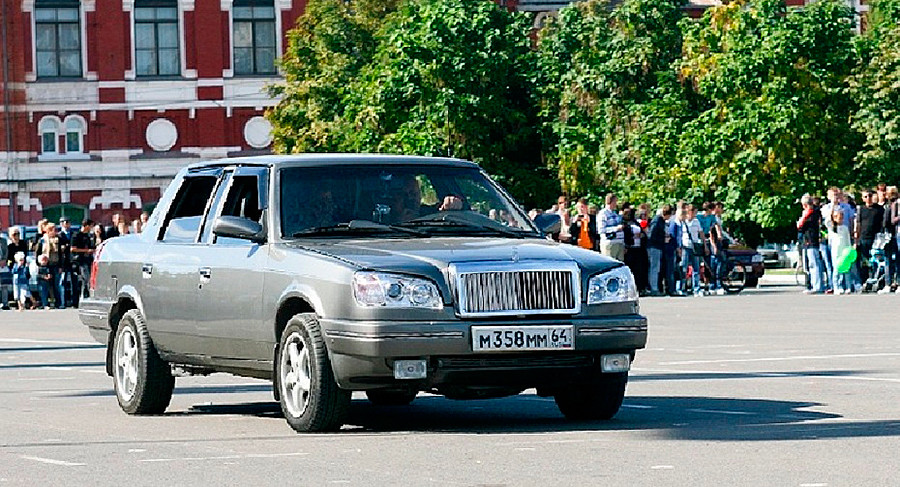 The museum of AZLK (since 1992 – the museum of ‘Moskvitch’) was opened in 1980. This UFO-shaped building became an exhibition place for discontinued car models. A lot of employees also contributed to the museum’s collection. They found old cars, repaired them and put them on display. This helped to preserve AZLK’s history. When the plant went bankrupt in 2006, the museum was closed, too. The cars were moved to other exhibition spaces. The museum building itself is now run by another organization. 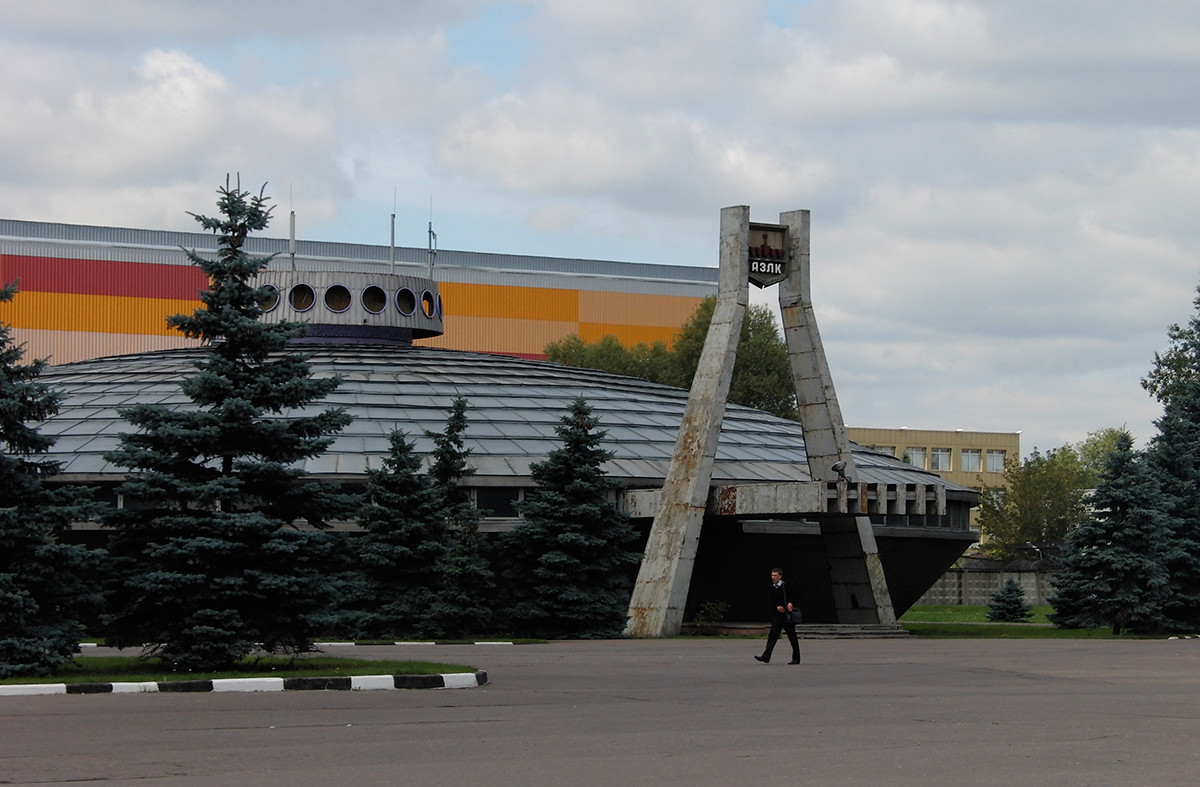 Interestingly, the name of the plant was only removed from the top of its office building in 2014. At the time, a part of the ‘Moskvitch’ territory was taken over by a Renault plant. Some buildings stood abandoned. Moreover, the Moscow government had decided to reorganize the industry zones of the city, so a technopolis called ‘Moskva’ was opened in AZLK’s former buildings. The unused sections were gradually demolished. 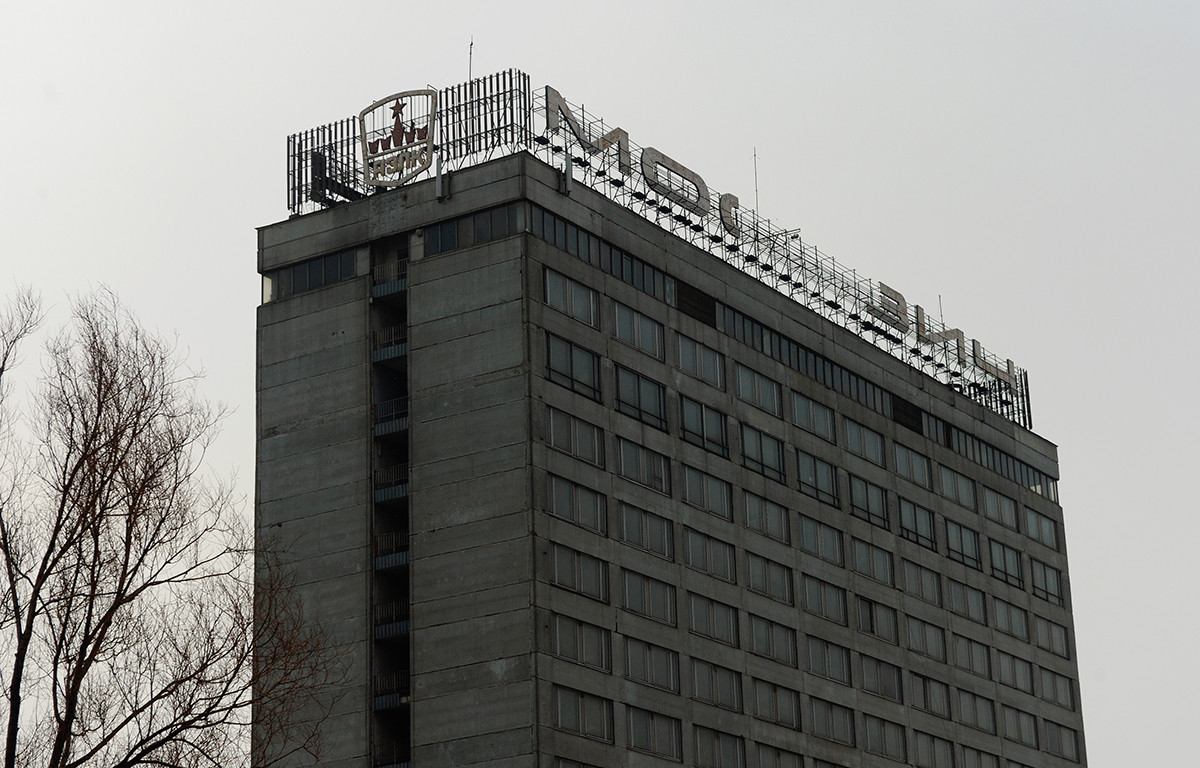 The other part of AZLK’s territory is being turned into a residential area with a shopping center. There are also a number of hardware stores and car service centers. There still remains a small abandoned plant section, but it has already been partly dismantled. The legacy of AZLK has come to its end. 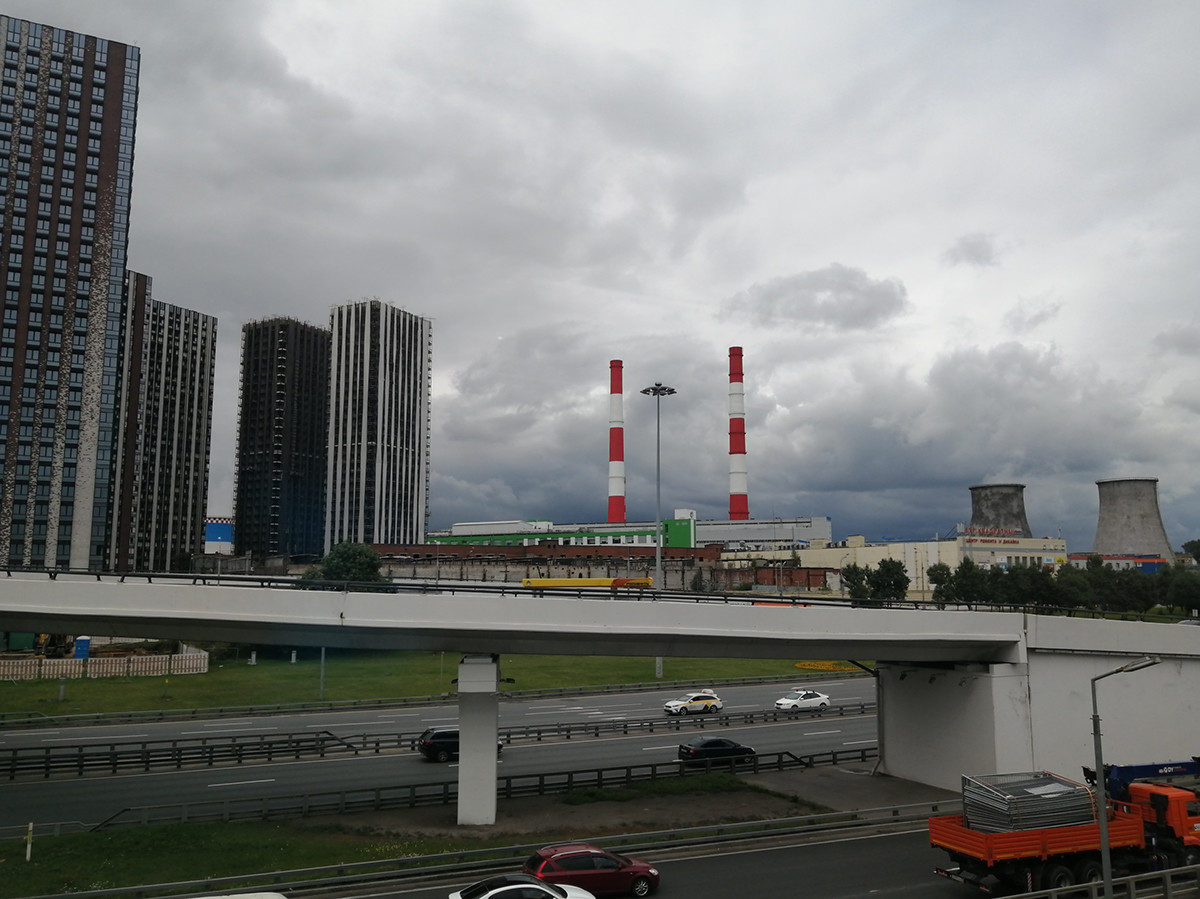