These GIANT holes are appearing across Siberia. But why? 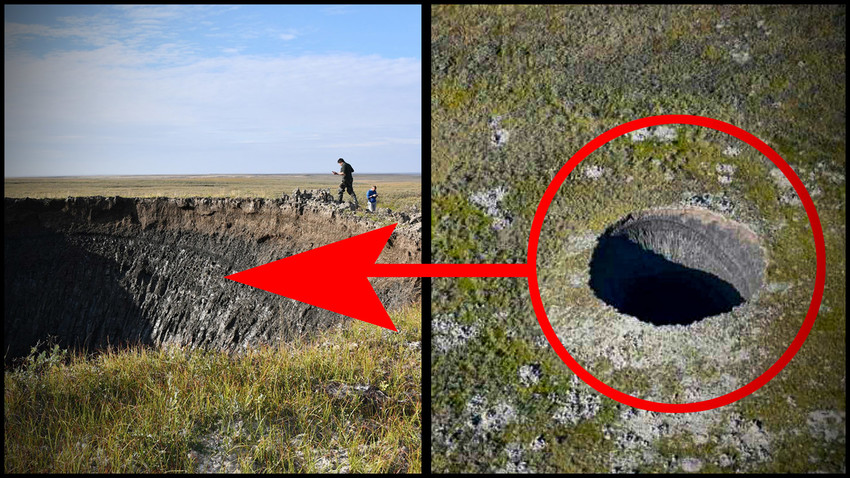 Evgeny Chuvilin
Scientists say the craters appear randomly and it’s hard to predict the location of the next ‘explosion’.

When a giant cavity — that from above looks like a hole leading to the Earth’s center — was first discovered in 2013 on the Yamal peninsula in the wilderness of Siberian tundra, speculations about its origins flourished. People attributed the mysterious object to the covert activity of the military, the impact of a meteorite and even a UFO landing.

Although, unlike locals, scientists may have abstained from attributing the origins of the mysterious holes to paranormal or extraterrestrial activities, they were puzzled, nonetheless. 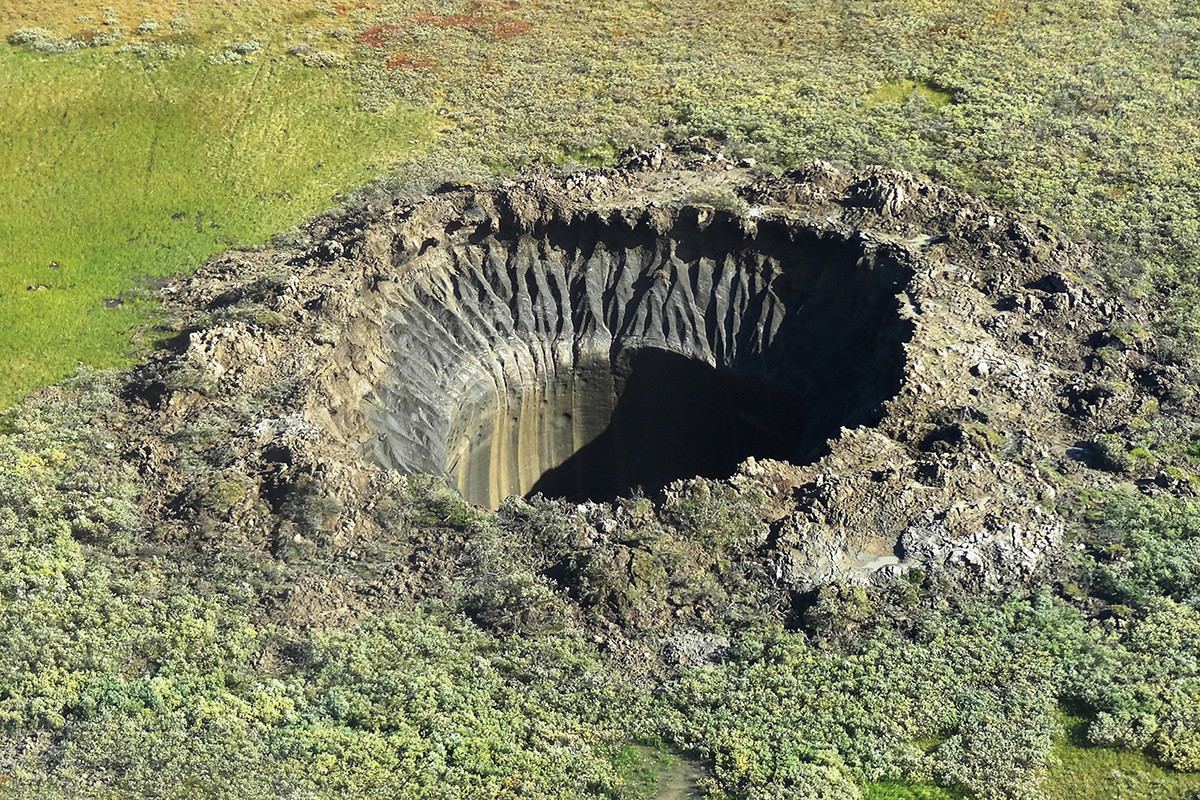 An aerial view from onboard a helicopter taken on August 25, 2014 shows a crater on the Yamal Peninsula, northern Siberia.

“When my colleagues first heard about all the debris lying hundreds of meters away from the crater, they could not believe it was [caused by] a natural process. [Some of them] thought that maybe it was a meteorite, a technogenic explosion or weapon trials. There had been all kinds of thoughts before we ascertained it was caused by a natural process,” said Evgeny Chuvilin, lead researcher at the Skolkovo Institute of Science and Technology's Center for Hydrocarbon Recovery, who recently visited the site of a crater that was discovered in summer of 2020.

The new hole, that was accidentally discovered in the summer of 2020 by a Russian TV crew flying over the Siberian tundra, was 30 meters deep and 20 meters wide. A casual observer must be surprised such a giant crater was discovered “accidentally”, yet most of the holes of the same kind in the area are indeed discovered unintentionally, either by local herders or scientists on expeditions that are not related to the craters. 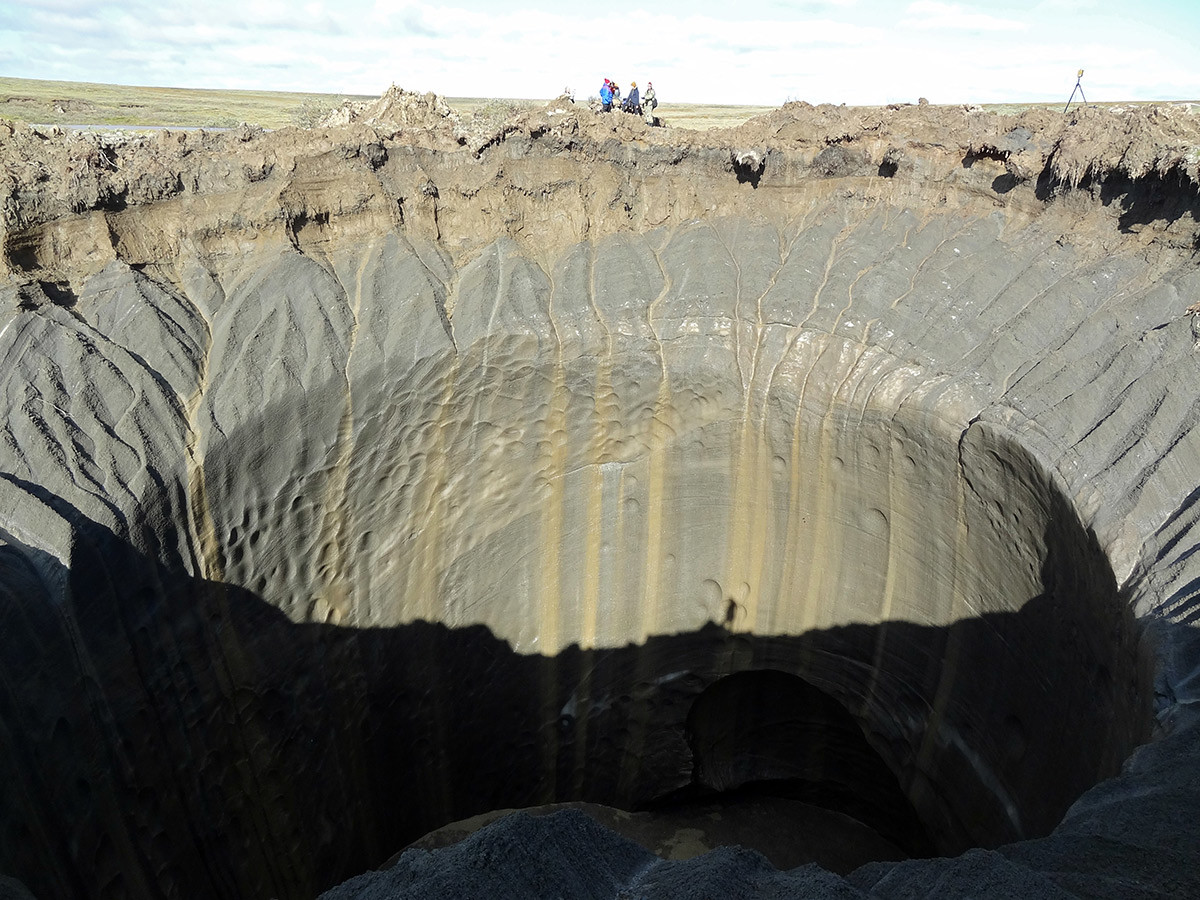 Scientists use satellite images to get rough estimations of the number of these holes in the area. “According to professor [Vasily] Bogoyavlensky  [professor at the Oil and Gas Research Institute of the Russian Academy of Sciences], who uses satellite photos to keep statistics, marked the newly discovered crater as [the] seventeenth,” said Chuvilin.

Scientists have a general understanding of how the holes appear. Essentially, these craters form when a substantial amount of methane fills huge natural cavities underneath the earth’s surface and explodes, due to a stray spark that is generated due to rock friction. 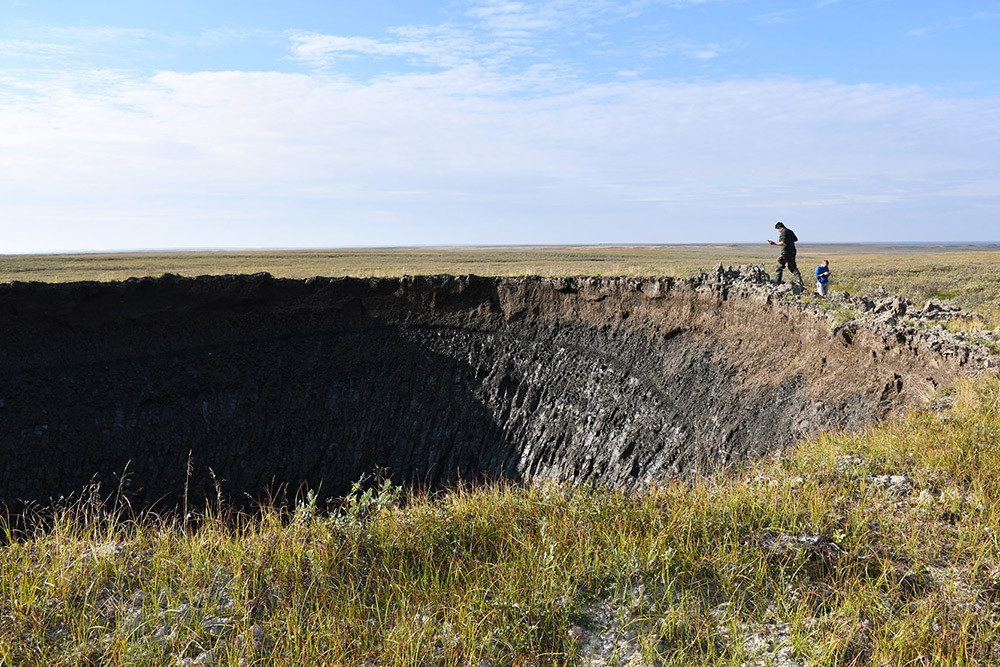 In August 2020, the RAS Institute of Oil and Gas Problems, supported by the local Yamal authorities, conducted a major expedition to the new crater. Skoltech researchers were part of the final stages of that expedition.

Climate change is also thought to contribute to the growing number of blasts in the area, scientists believe. As the average temperature in the region rises, a permafrost layer ceases to be as robust as before and in certain places it gives in to the pressure from within the earth. The surface of the earth deforms as a hill is formed under pressure from below the surface and then a suddenly provoked blast releases great energy that destroys the layer.

Predicting the next blast

Although scientists have a general understanding of this unique process, they find it hard to predict the future blasts — a shortcoming that could potentially be costly. Although the area scarred by the past blasts is largely uninhabited, gas extracting infrastructure and small local communities are present.

Science is exploring a possibility that one day it could be possible to pinpoint the future blasts by looking at hints the area lays out. “[Scientists] who studied satellite images have discovered that before a crater is formed a fast-growing hill appears [on the surface]. The hill grows up until some critical indicators are surpassed and then it explodes. Those mostly form in hard-to-reach areas and it’s hard to observe the full cycle,” said Chuvilin.

So far, scientists need to collect more samples from the ground and run tests to validate existing models — a process that is complicated by the fact that the studied craters quickly turn to lakes as underground waters fill them after blasts. 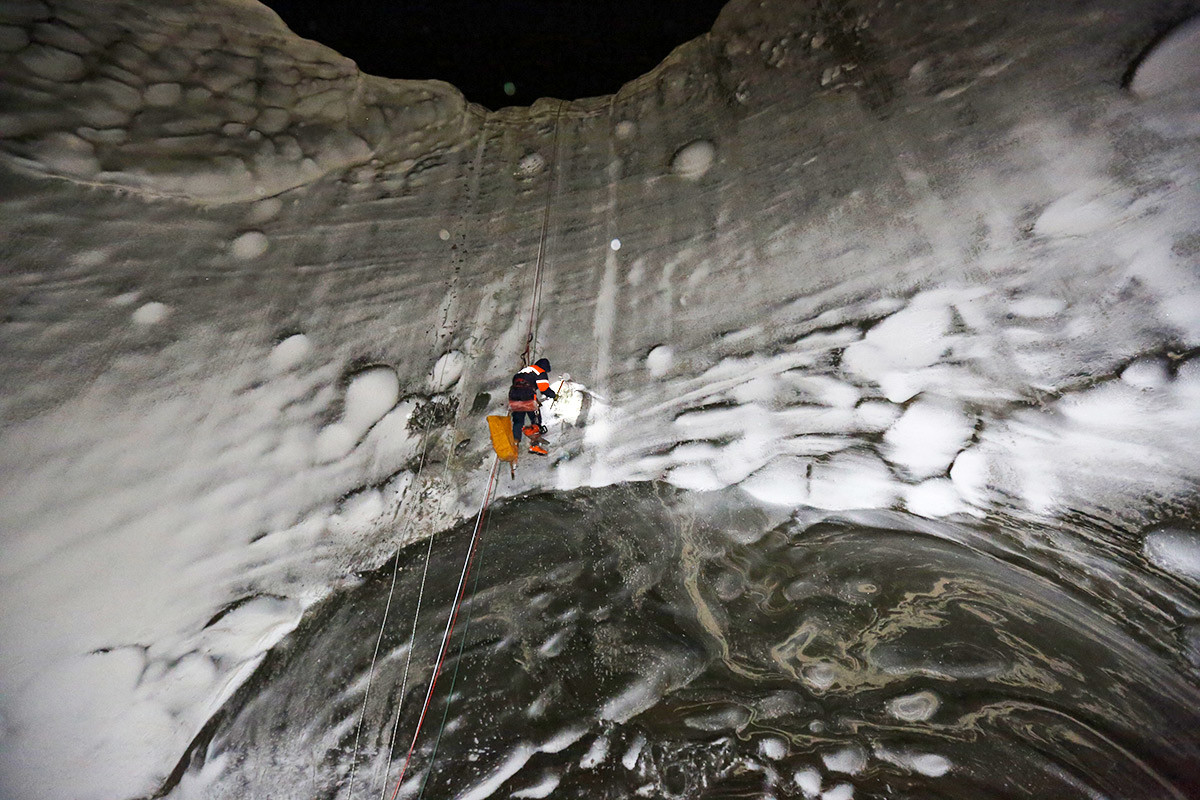 A scientist explores a crater on the Yamal Peninsula, northern Siberia on November 8, 2014.

Industrial companies that extract gas in the region and have their infrastructure present in the area are potential allies for scientists who study the craters. As random blasts pose some danger to their expensive infrastructure, it may be in their best interests to help advance the scientists’ cause.

“Gas hydrates (GH) are prospective energy sources, containing significantly more gas resources compared with conventional fields. GH pose a danger for exploration and production of hydrocarbon fields,” says a research paper in the open-access peer-reviewed journal Geoscience, where one of the first models designed to predict the future blasts was outlined.