5 GHOST stations of the Moscow Metro 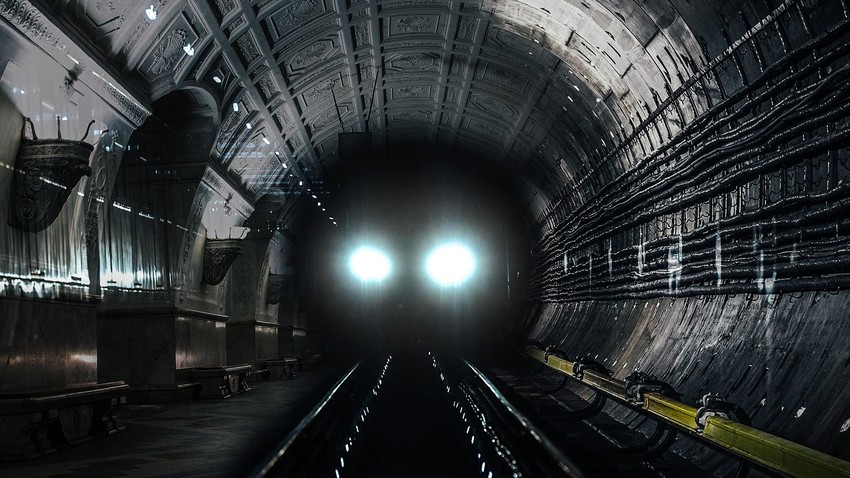 Alexey Kudenko/Sputnik, Legion media, Russia beyond
All were built but later changed their function, weren’t opened, or had technical issues – below are the ‘ghost stations’ of Moscow’s underground transport network. 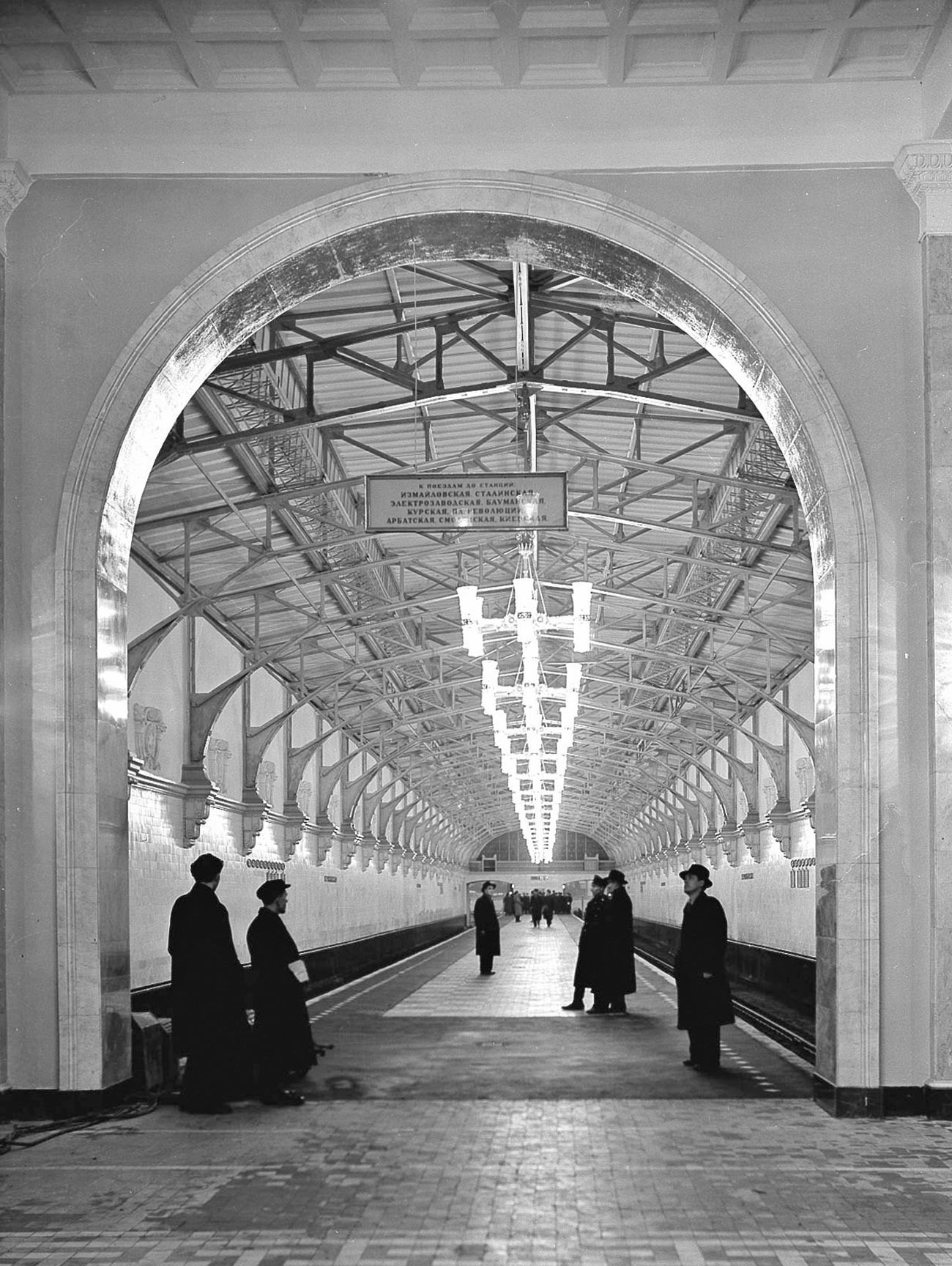 The old "Pervomayskaya" platform, view from the entrance

The old ‘Pervomayskaya’ was opened in 1954 – it was then the terminal eastern station on the Arbatsko-Pokrovskaya (Dark Blue) line, the first aboveground station of the Moscow Metro and its easternmost station. 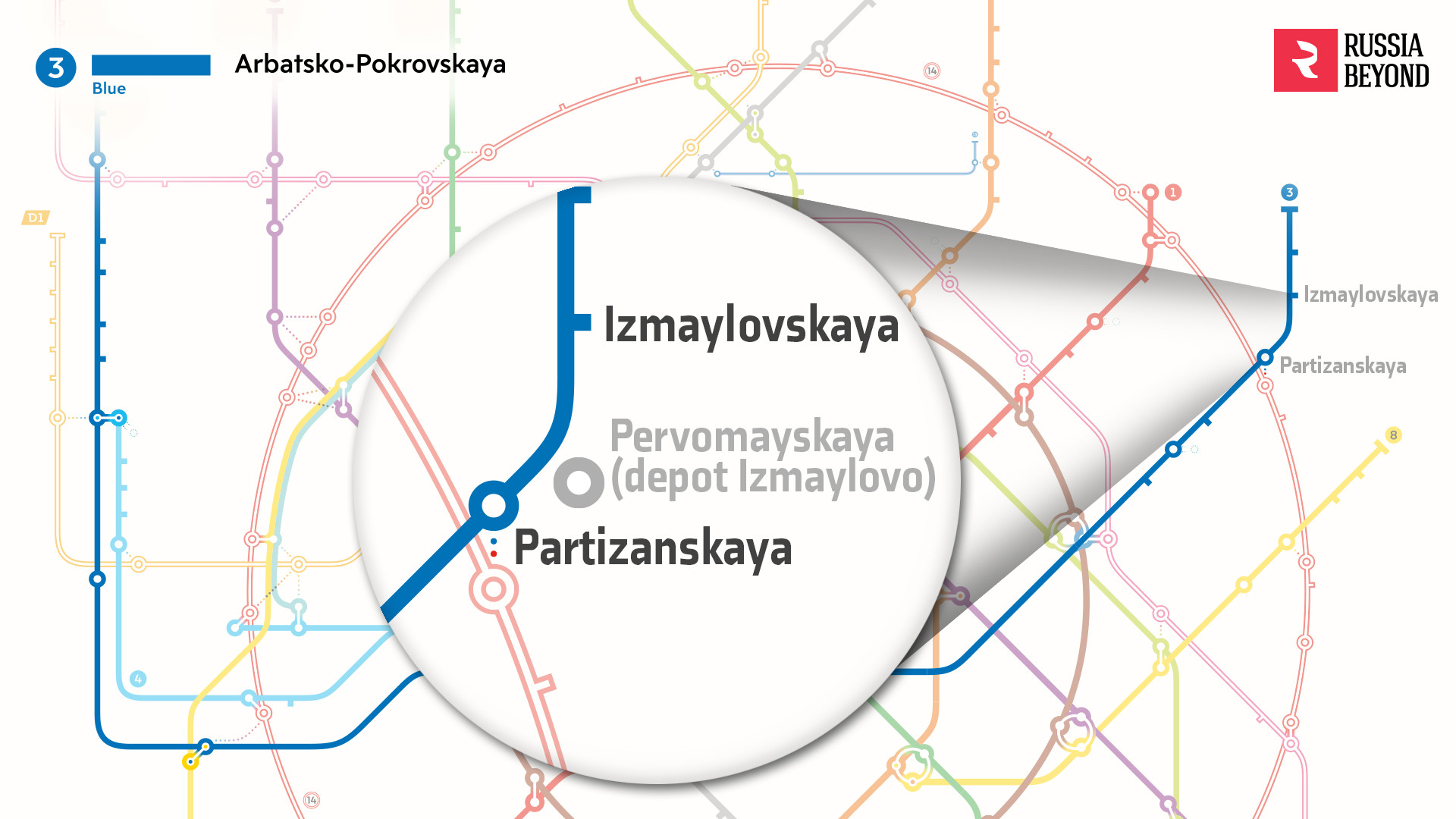 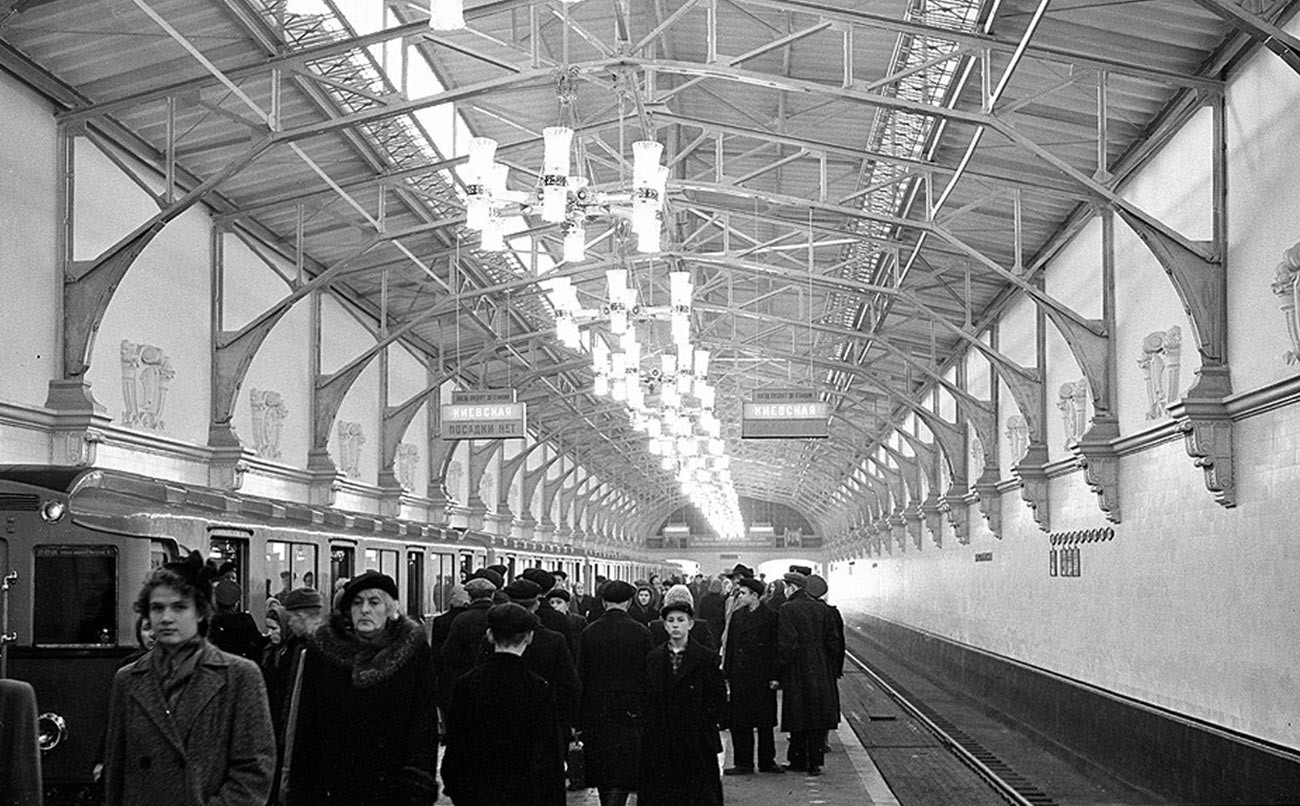 People exiting the train at the old "Pervomayskaya" platform

But, in 1961, the decision was made to extend the Arbatsko-Pokrovskaya line further with two new stations – ‘Izmailovskaya’ and ‘Pervomayskaya’ (a new one) to be built. 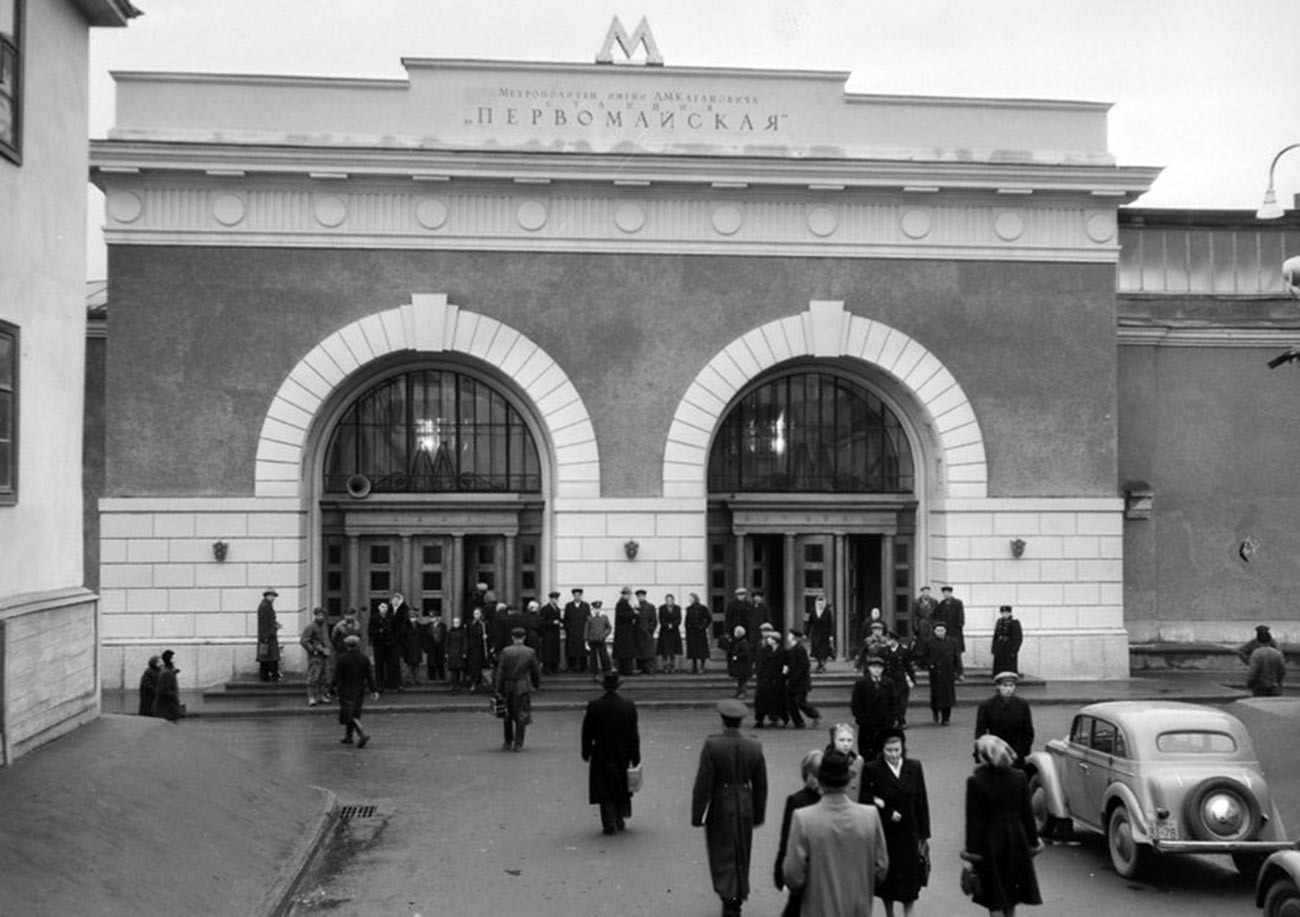 So the old ‘Pervomayskaya’ was closed and transformed into a part of the train depot that you can see while traveling in between ‘Partizanskaya’ to ‘Izmaylovskaya’. 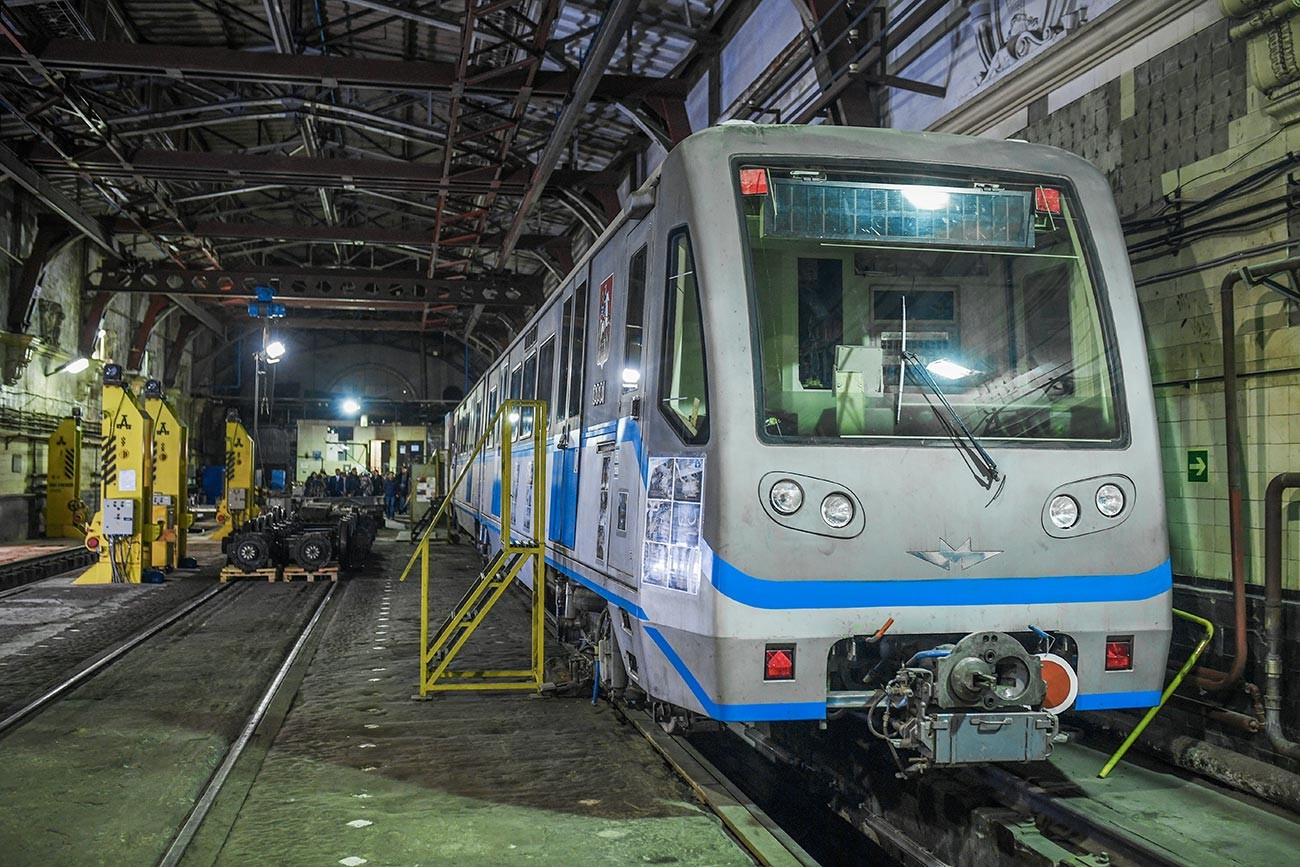 The hall of the old "Pervomayskaya" today, as the "Izmaylovo" train depot 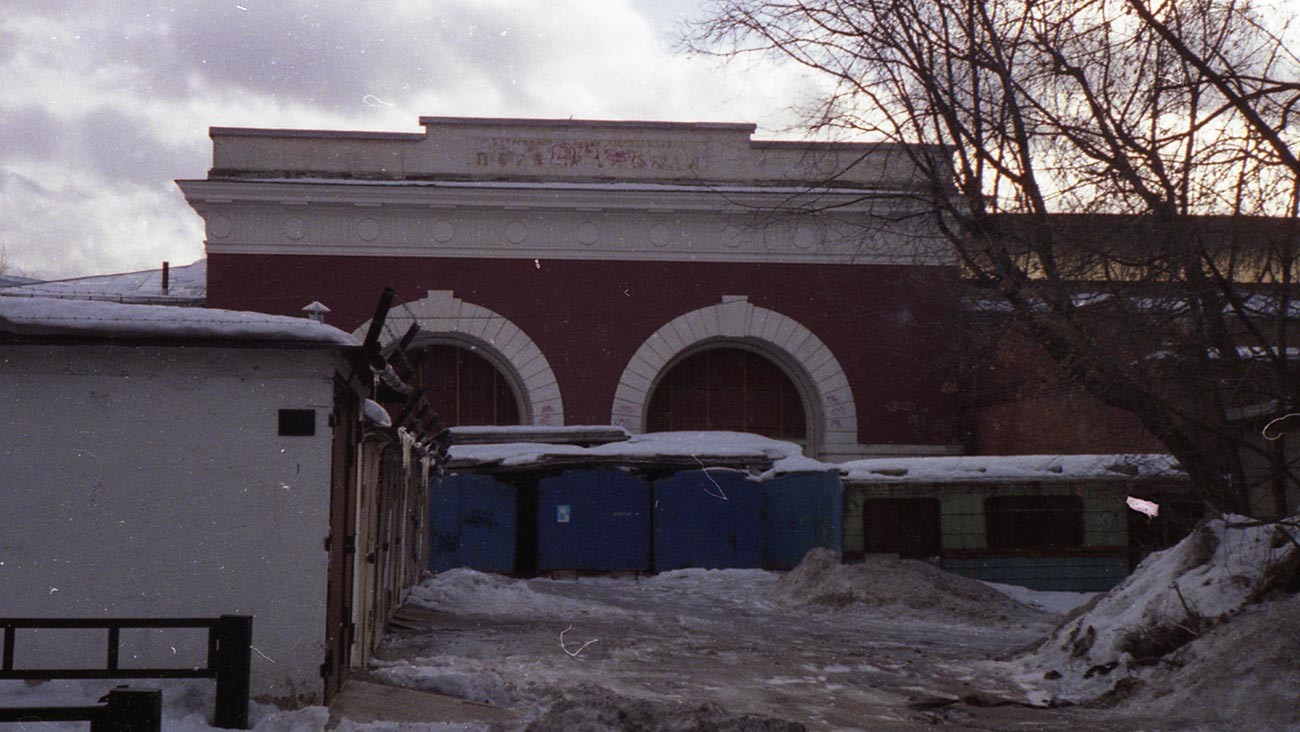 The entrance to the old "Pervomayskaya" today. 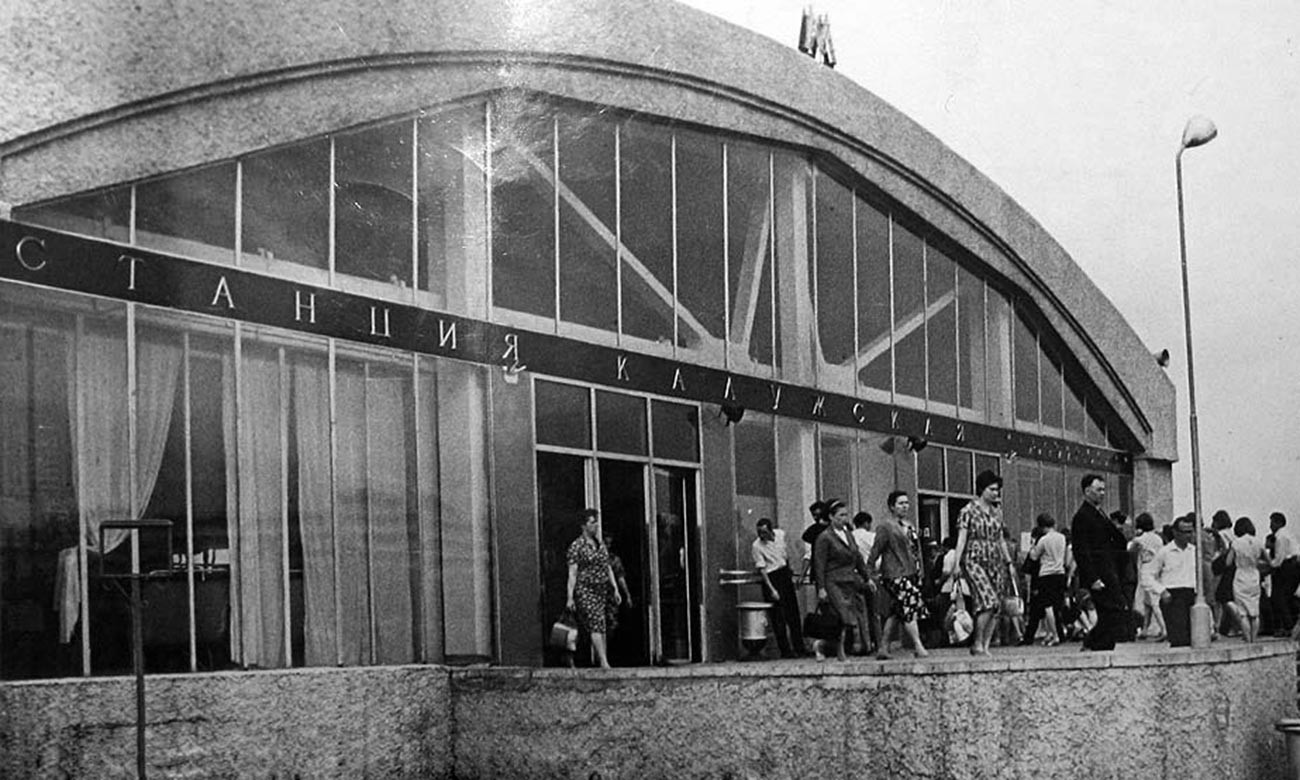 The old "Kaluzhskaya" entrance during its operation in 1964-1974

Between 1964-1974, the old ‘Kaluzhskaya’ station was the terminal southern stop on the Kaluzhsko–Rizhskaya (Orange) line. It was (and still is) an aboveground station. 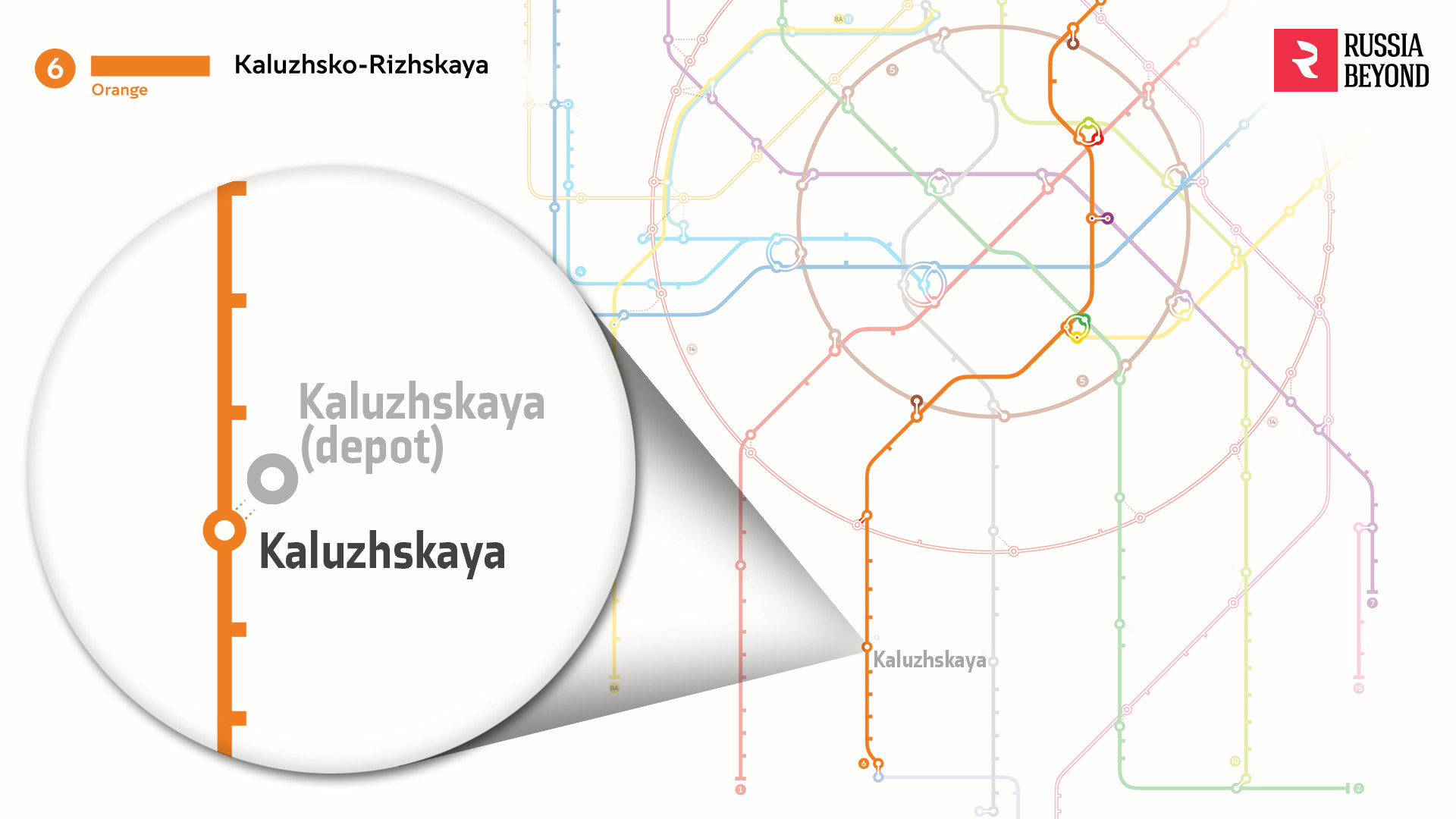 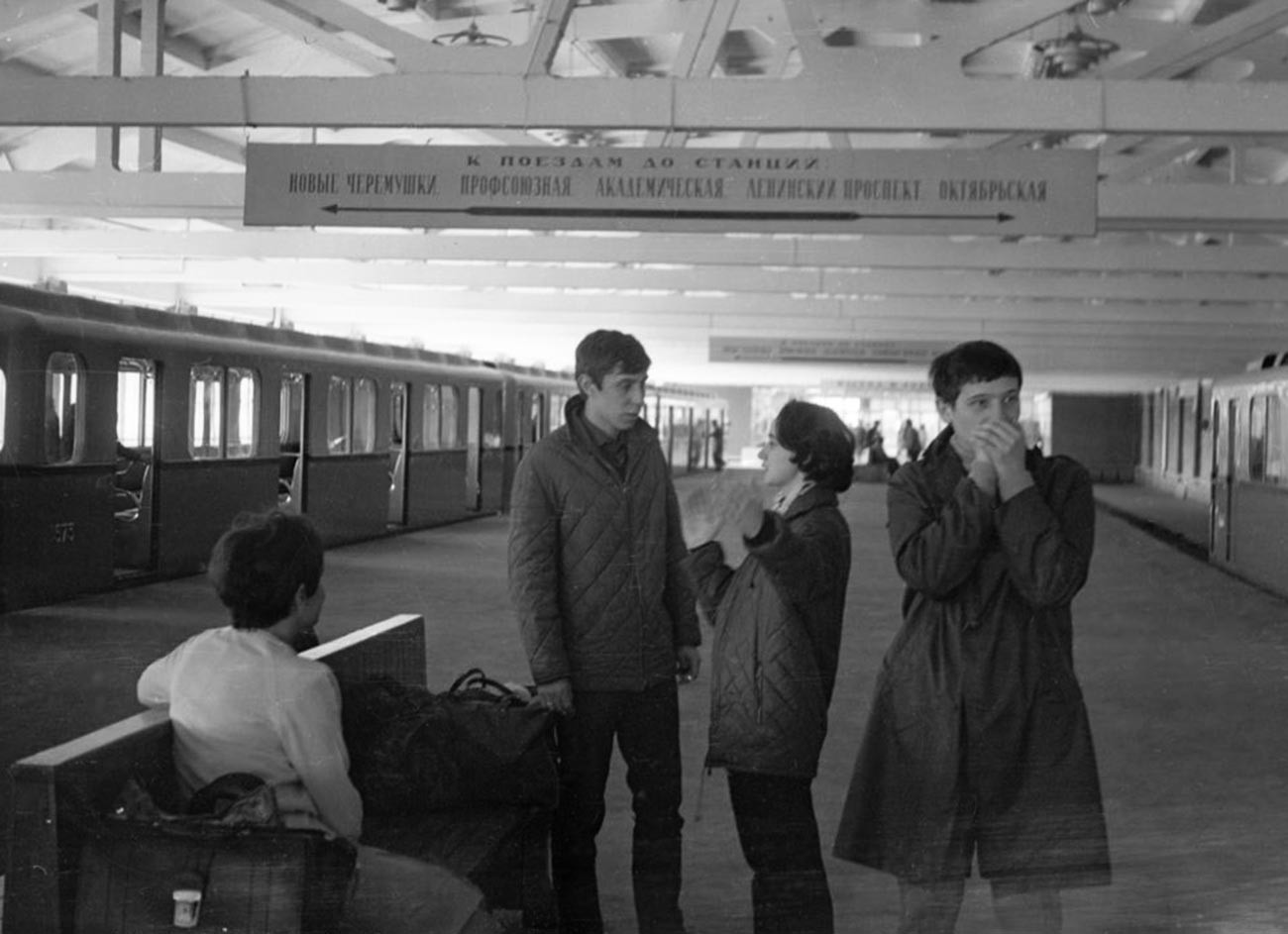 People on the platform of the old "Kaluzhskaya"

When the line was extended southward in 1974, a new ‘Kaluzhskaya’ station was built underground nearby (the one currently in operation), while the old one was transformed into a train depot. 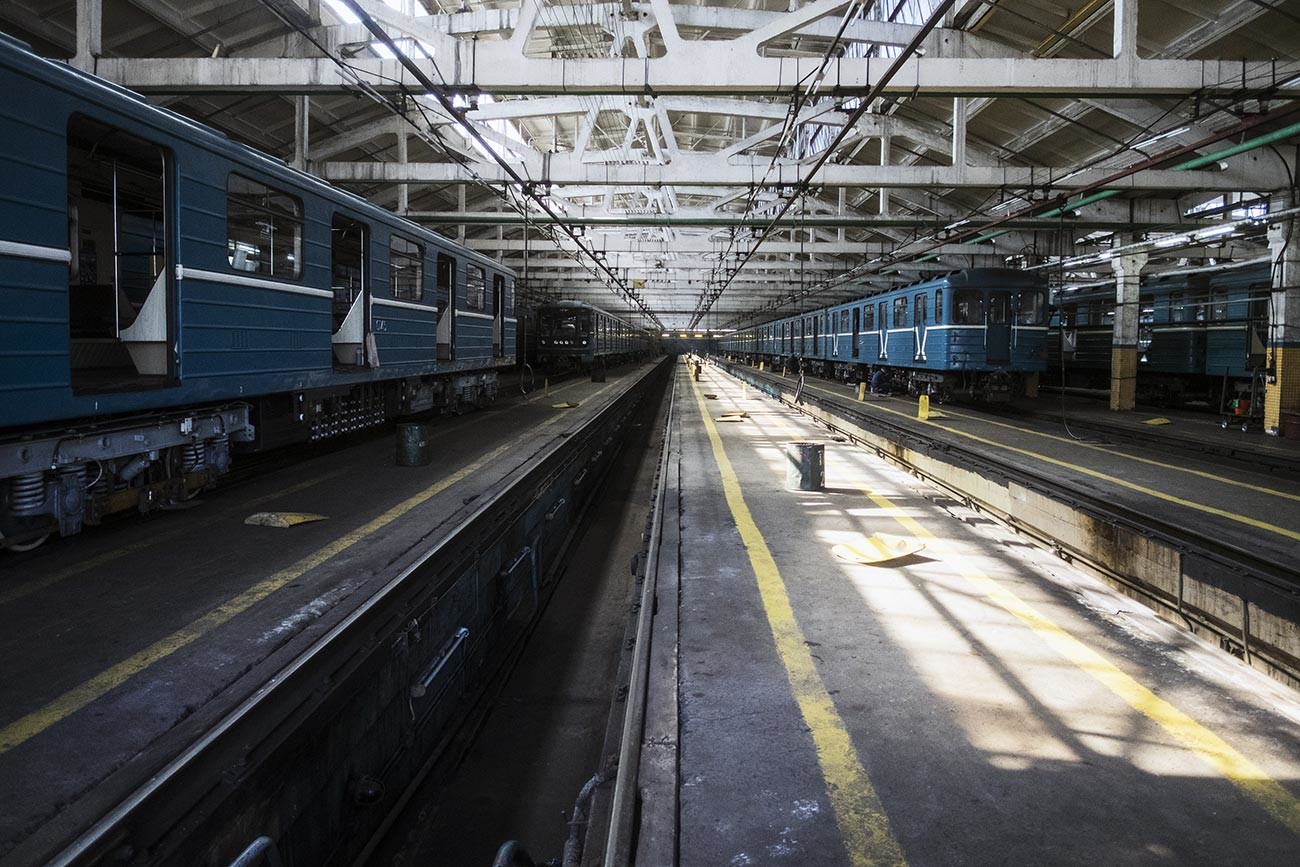 The old "Kaluzhskaya" now, as a depot

The depot building was later expanded eastward; one of the former platform tracks has been removed, the other houses trains at night, and the platform is used as a storage room.

3. Sovetskaya (constructed before 1934, exists as a bunker) 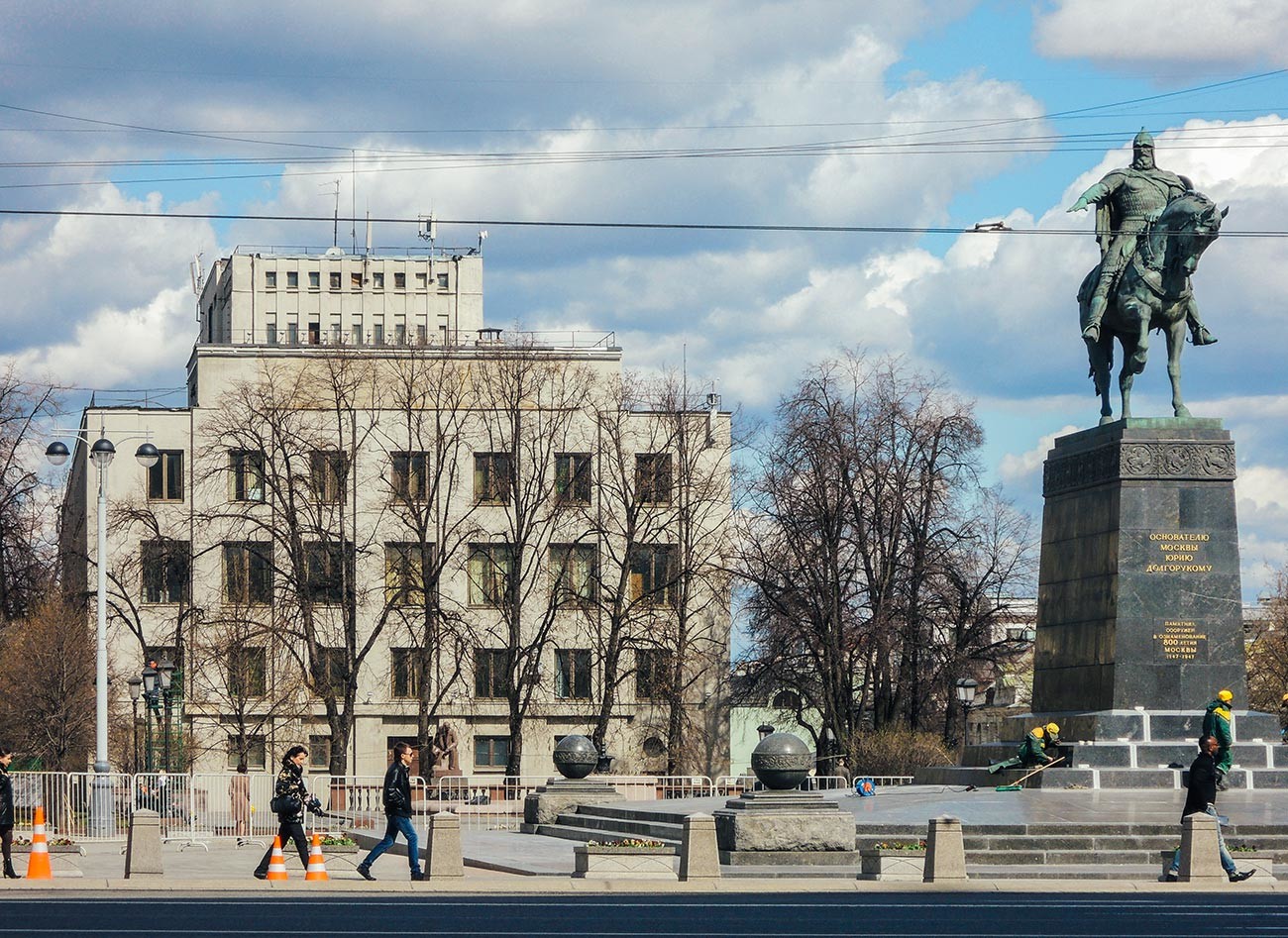 Tverskaya square in Moscow. Underneath it, the "Sovetskaya" bunker is located.

This station was to be located under Tverskaya Square, which was named Sovetskaya in Soviet times. However, in 1934, a decision was made to organize an underground defense bunker there instead.

On the square, important institutions are located. The main of them was the house of the city administration of Moscow (‘Mossovet’) at Tverskaya 13 (now, the main office for the Mayor of Moscow). And on the opposite side of the square stood the Vladimir Lenin institute with its high-secrecy archive. 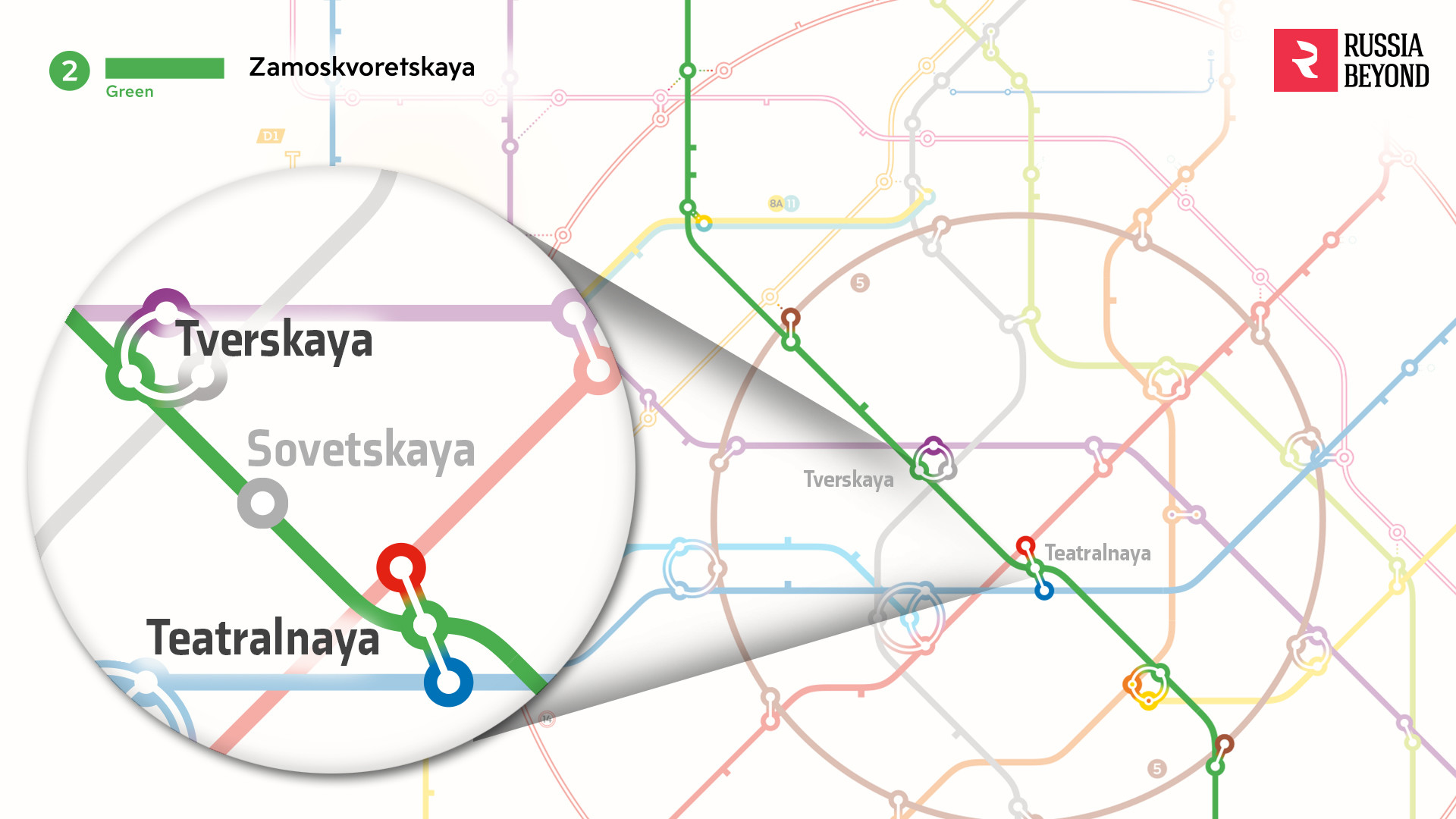 Both of these buildings needed safe underground exits and bomb shelters, so the ‘Sovetskaya’ bunker came in very handy. It also contained the underground headquarters of the Civil Defence system of Moscow. The classified installation is believed to be in full operation to this day.

After the decision was taken to make ‘Sovetskaya’ a bunker, there was still no metro station on the 2-kilometer stretch between the Teatralnaya and Mayakovskaya stations. Only in 1979, the Tverskaya station (then, Gorkovskaya) appeared. 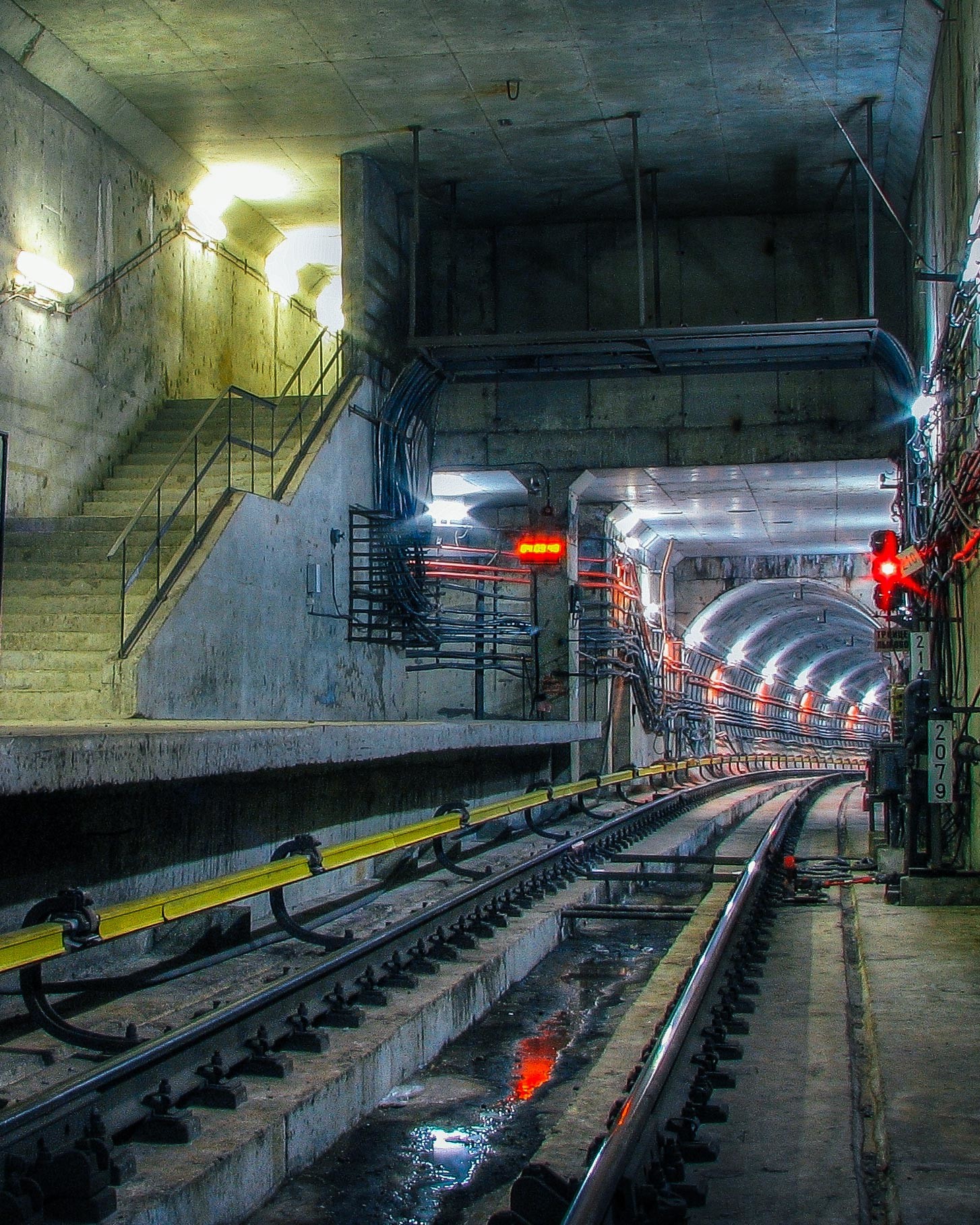 "Troitse-Lykovo," the 26-meter platform with a stairway exit

The shortest platform of the Moscow Metro (just 26 meters), the Troitse-Lykovo was meant to be a fully functional station on the stretch between ‘Krylatskoye’ and ‘Strogino’ stations of the Arbatsko-Pokrovskaya (Dark Blue) line, currently the longest stretch on the Moscow Metro (over 6 km). 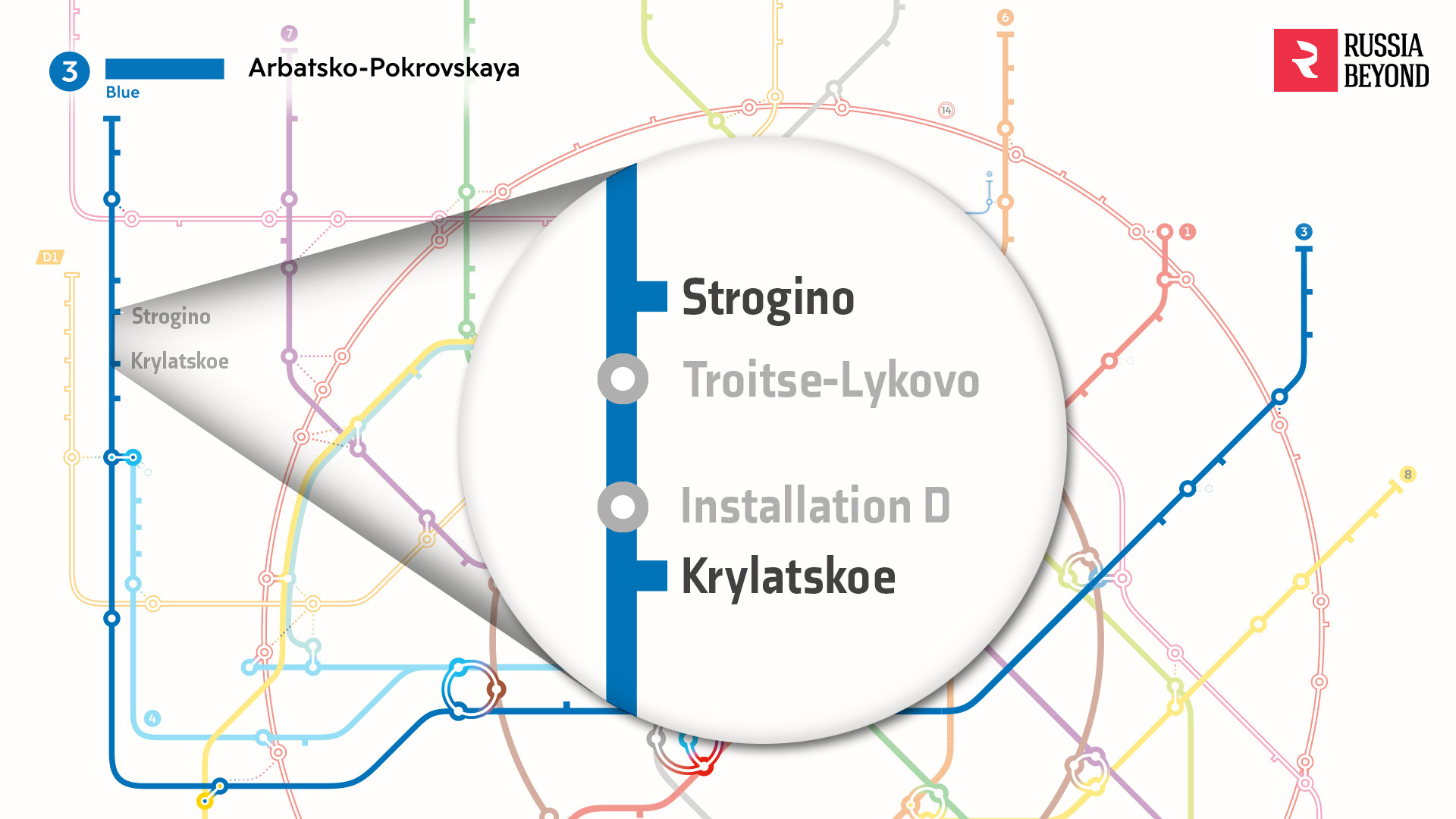 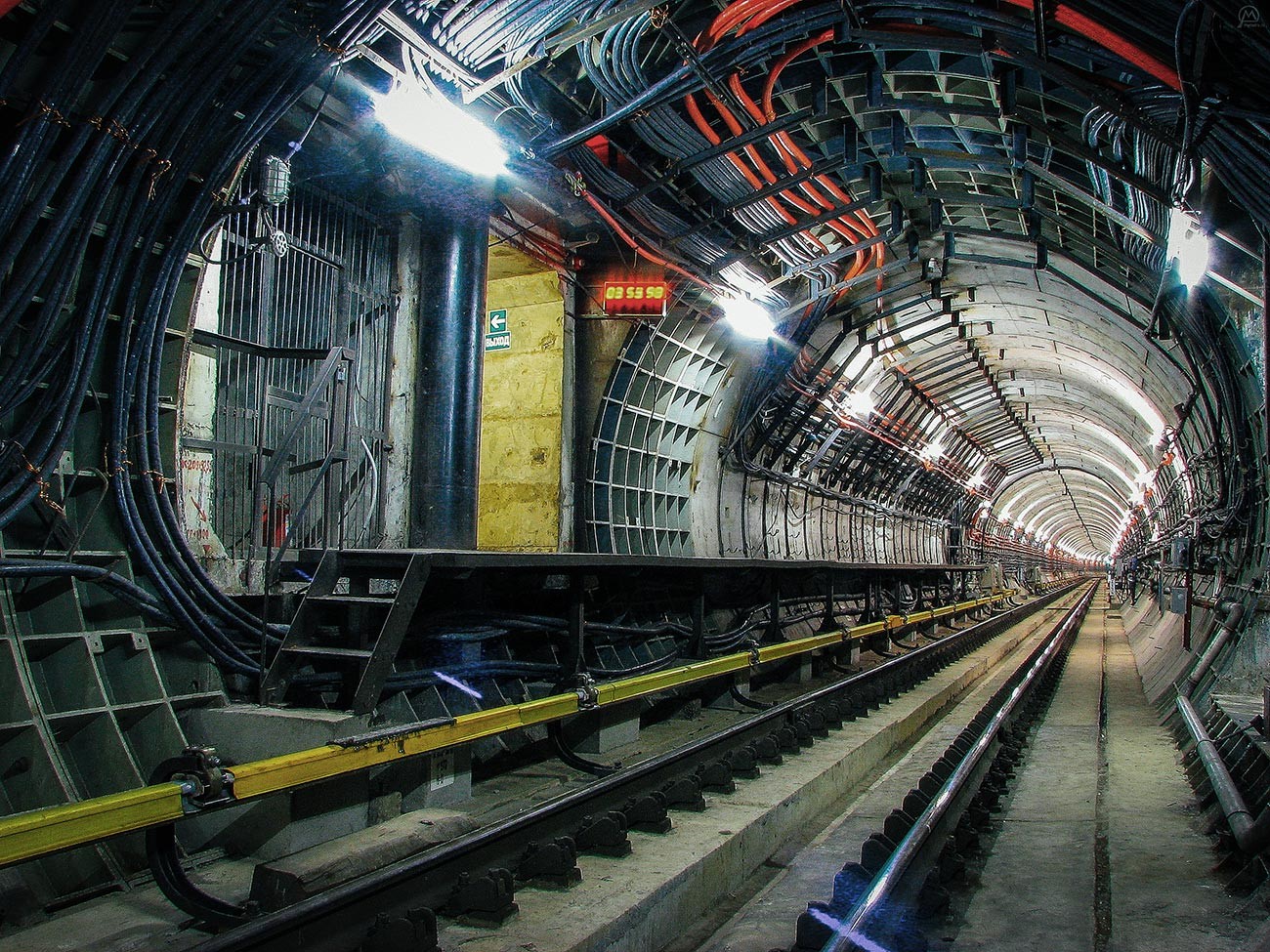 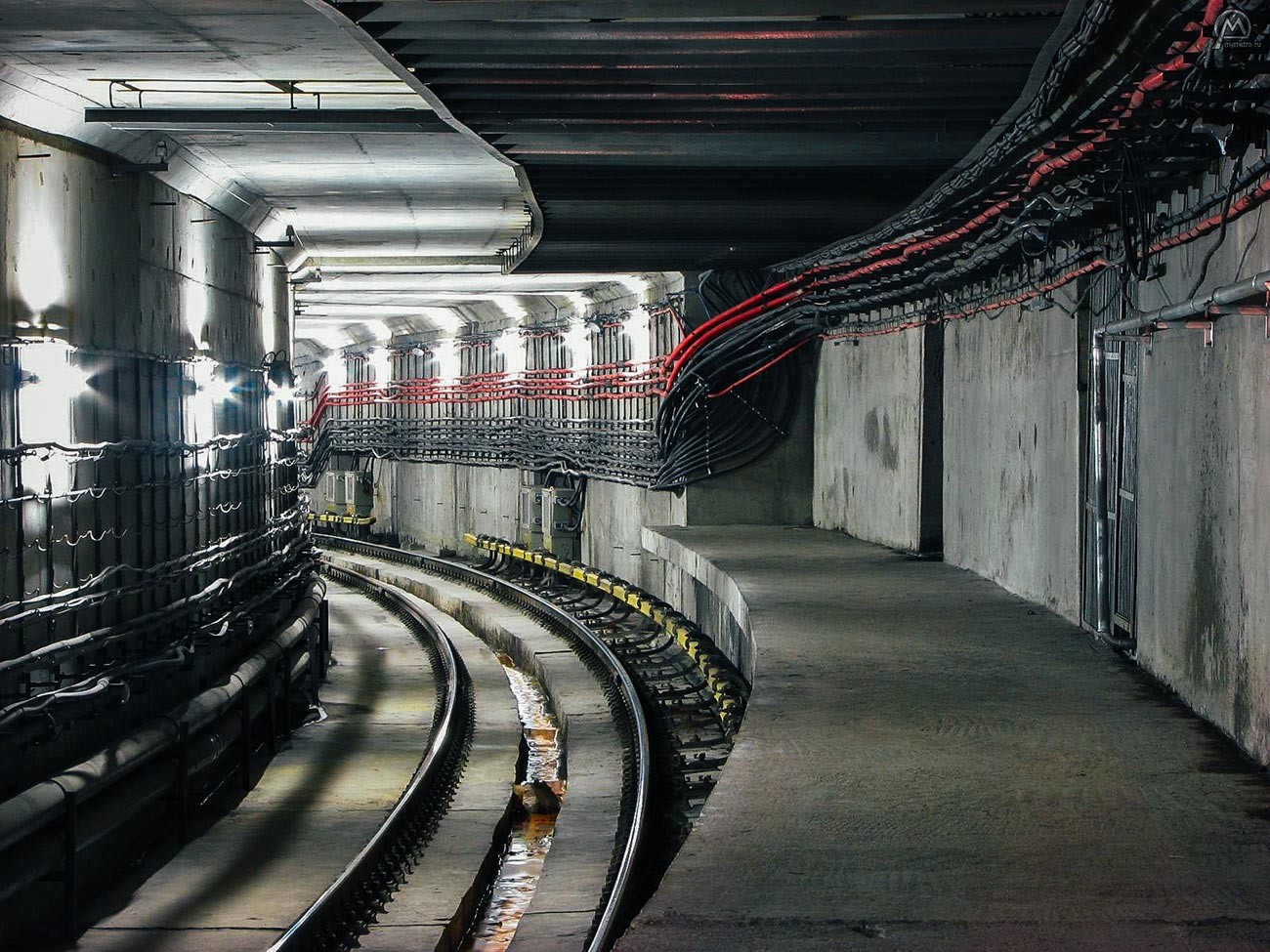 The platform of "Installation D"

Another technical stop on the Arbatsko-Pokrovskaya (Dark Blue) line, the ‘Installation D’ was never meant to be a station, just an emergency exit stop. As the length of the ‘Krylatskoye-Strogino’ stretch is over 6 kilometers, the safety norms require another emergency exit (besides Troitse-Lykovo) to exist along the line, in case of critical situations – for the evacuation of passengers and/or train crews.

The platform of "Installation D" with an exit

‘Installation D’ has two curved 40-meter platforms and a staircase exit above the ground. Underground, it is used for the shift changes of the train crews.