How Moscow is rescued from snow and ice every winter 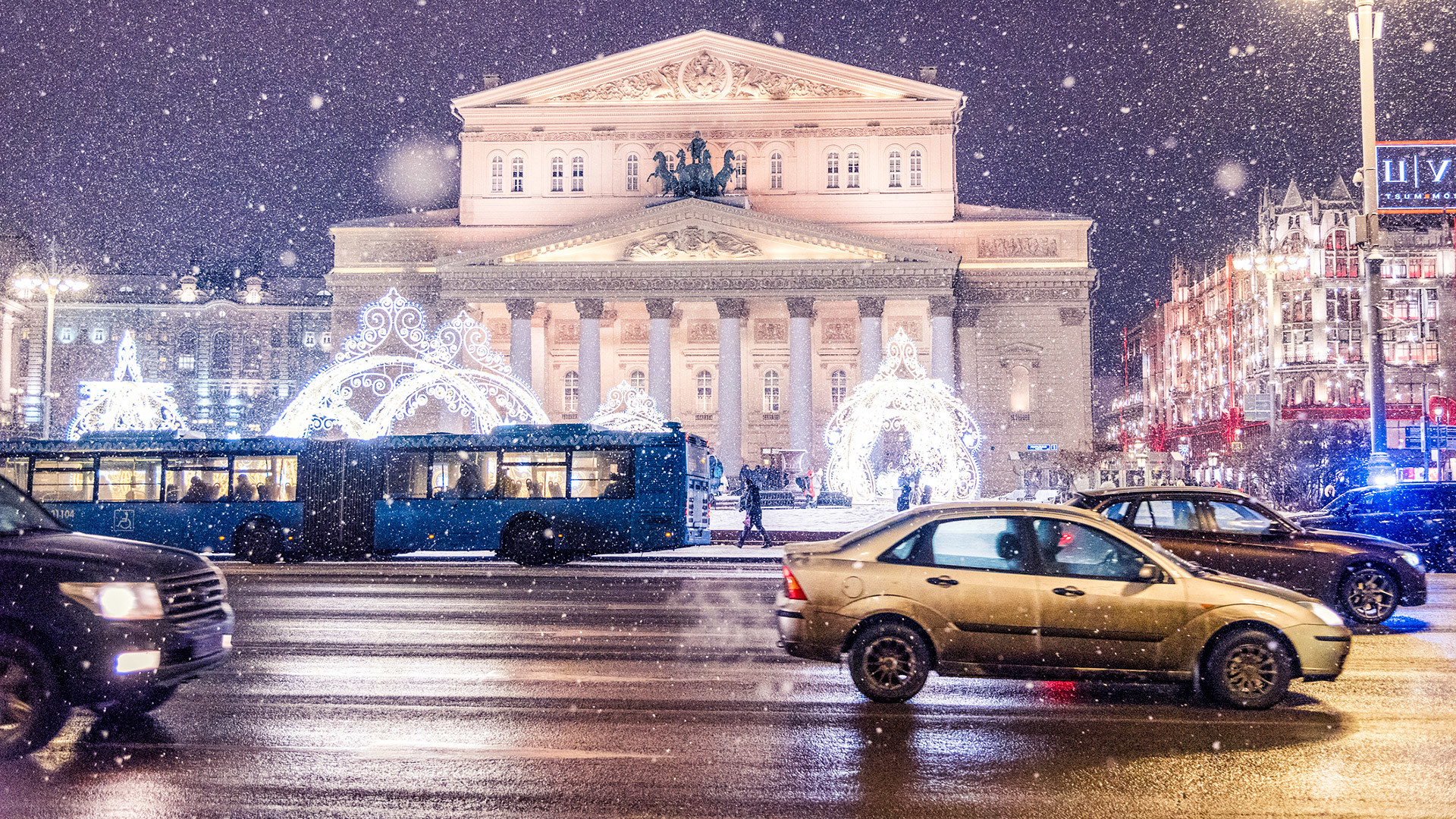 Legion Media
In the winter, Moscow sometimes gets covered in lots of snow and frost. How does the city ensure that traffic and public transportation don’t grind to a halt?

In Moscow, the winter season for public transportation comes in October and lasts until April. While snow and frost don’t usually come this early, the metro, bus and tram systems already have to get ready for any sudden changes in weather. A harsh winter often comes on suddenly overnight, and then snowfall and blizzards can seriously disrupt the daily commute for millions of Muscovites. Amazingly, traffic in the capital has never once stopped due to weather conditions. 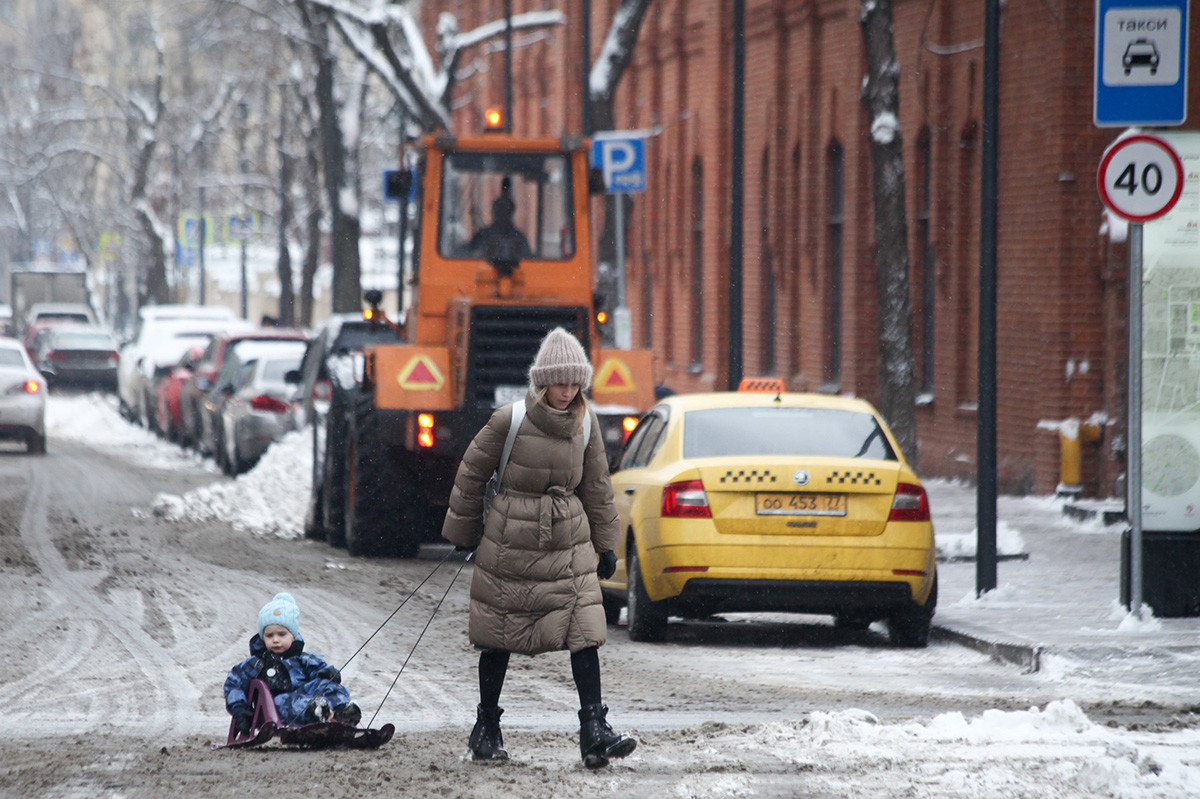 By Russian standards it cannot be said that Moscow is an especially cold city—the average temperature in winter is just -10°C, while -30°C frosts are quite rare and do not last long. But when they do Moscow often has heavy snowfalls that could disrupt traffic. On such days, Muscovites are advised to leave their cars at home and switch to buses and the metro to avoid traffic jams, especially since road accidents become more common and can further slow down traffic. There are dedicated lanes for public transport on many city roads. Switching to public transport is particularly important when snowfall is followed by a spell of mild weather and then a sharp cold snap, which causes dangerous black ice to form on the roads. When this happens, it is dangerous for both pedestrians and vehicles. 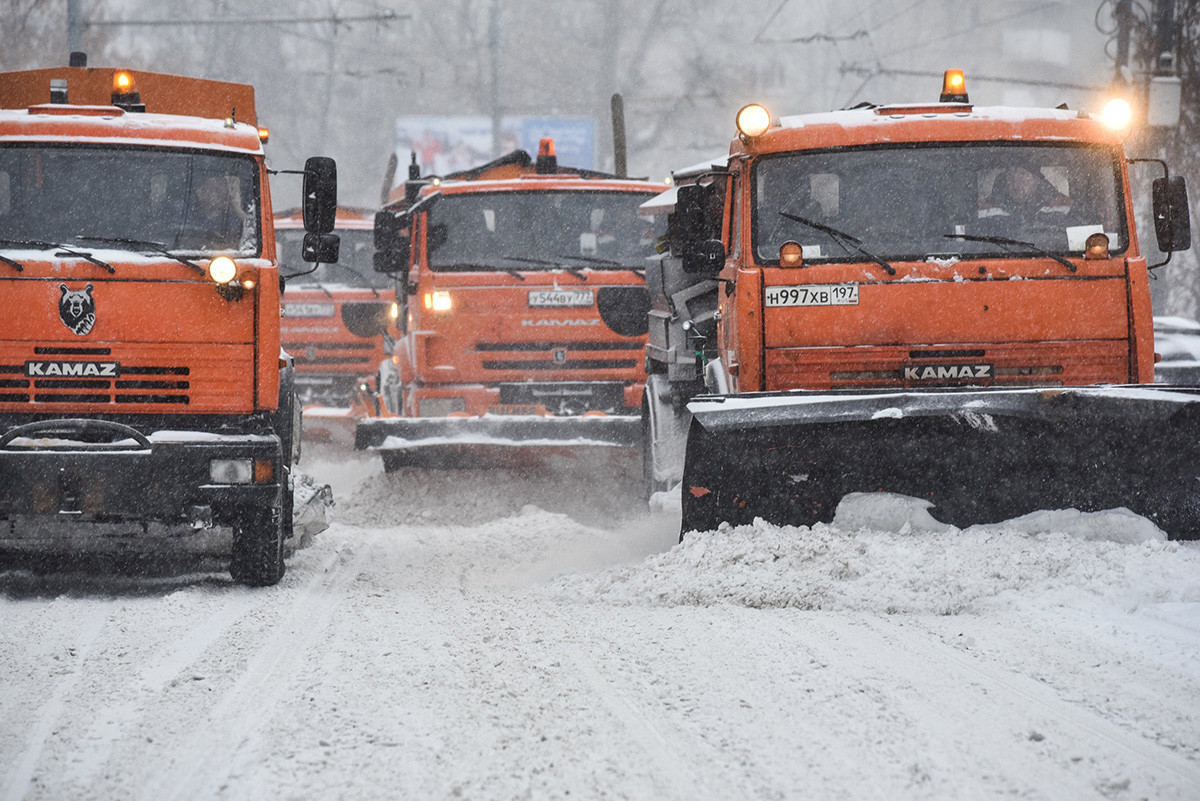 In January 2019, Moscow was hit by the worst snowfall in almost 70 years. On just one highway in the south of the city around 50 cars and trucks blocked the road for several hours after getting into seemingly minor road accidents. At the time, around 14,000 street cleaning units were working to clear the streets of snow, as well as another 32,000 people clearing snow and ice by hand. 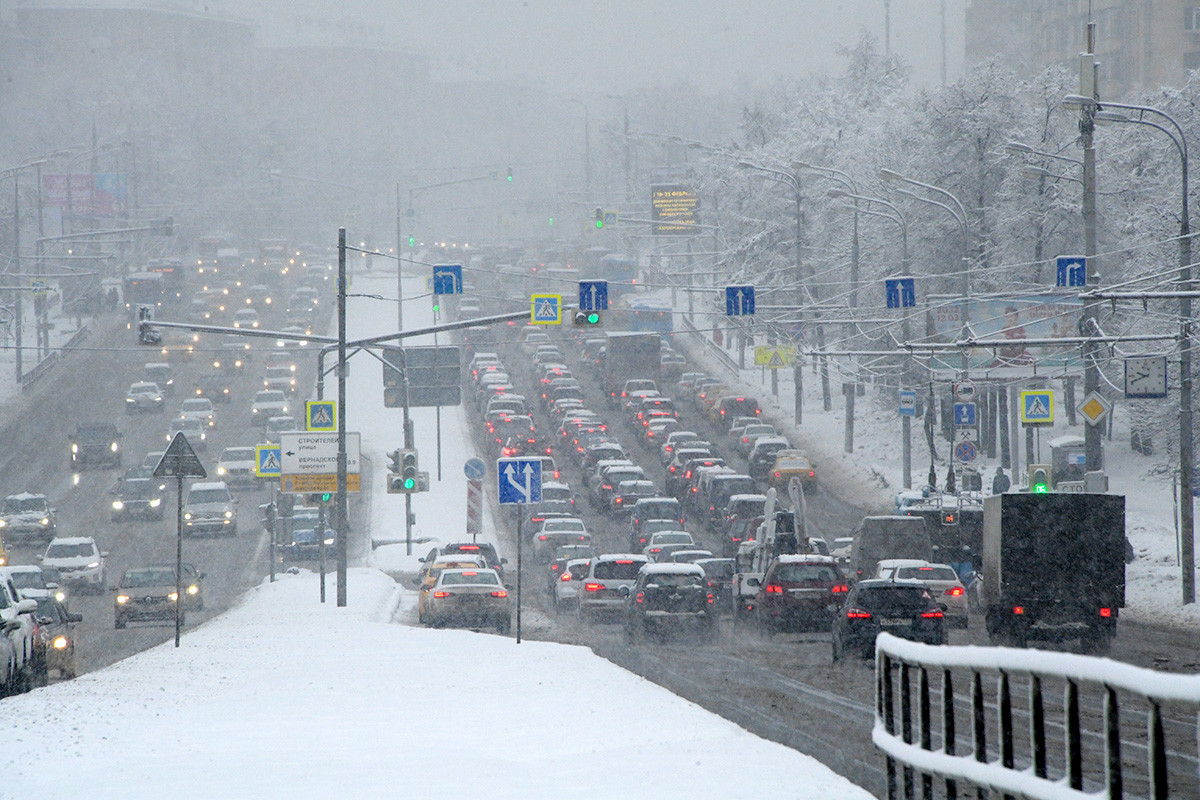 According to city regulations, every 10 centimeters of fallen snow in Moscow must be removed within three days at the most, with one extra day added for each additional three centimeters. When it is snowing, streets must be cleared continuously using special equipment. The process of clearing snow begins as soon as it starts falling. Priority areas for snow clearing are metro exits, bus stops and parking lots. Meanwhile, snow must be removed from the main roads within 24 hours. 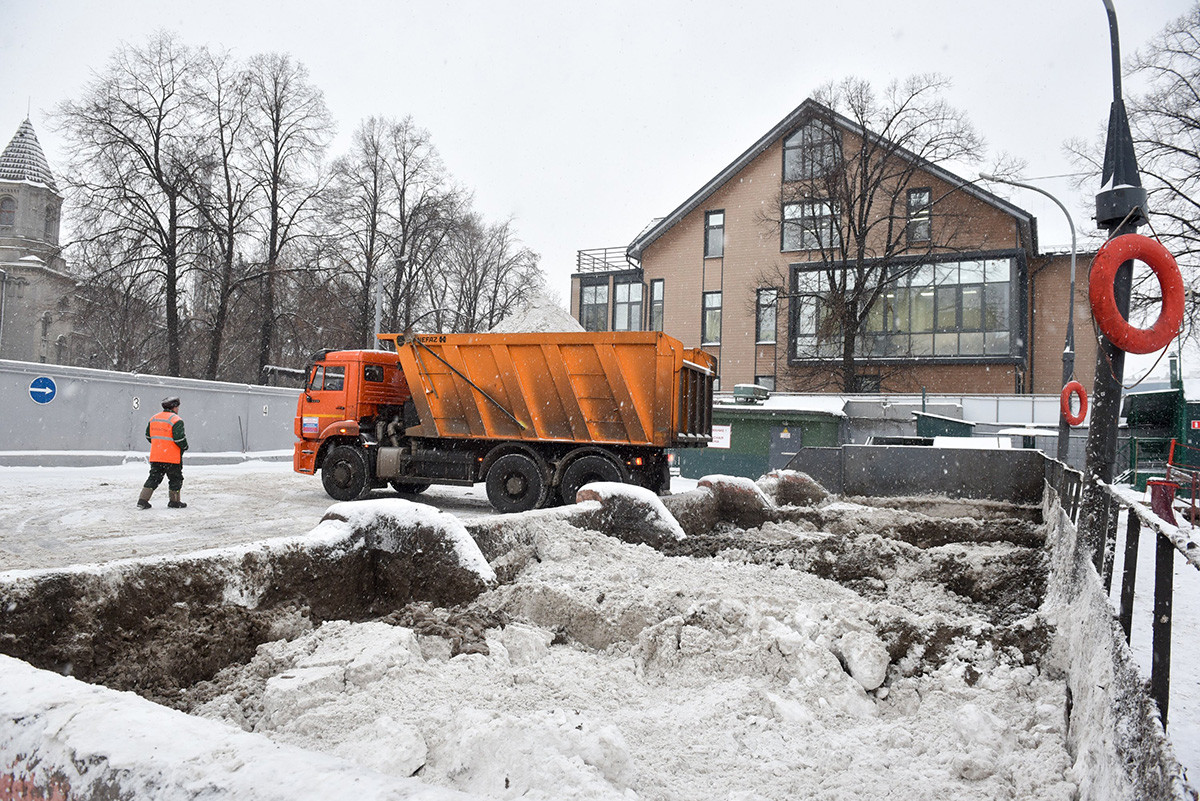 Regardless of how high snow banks are, they must be removed within two days. All of this is disposed of at special snow-melting sites—there are around 200 of these in the city. Anti-icing chemicals are also used in Moscow and other northern cities.

Double doors in the Metro 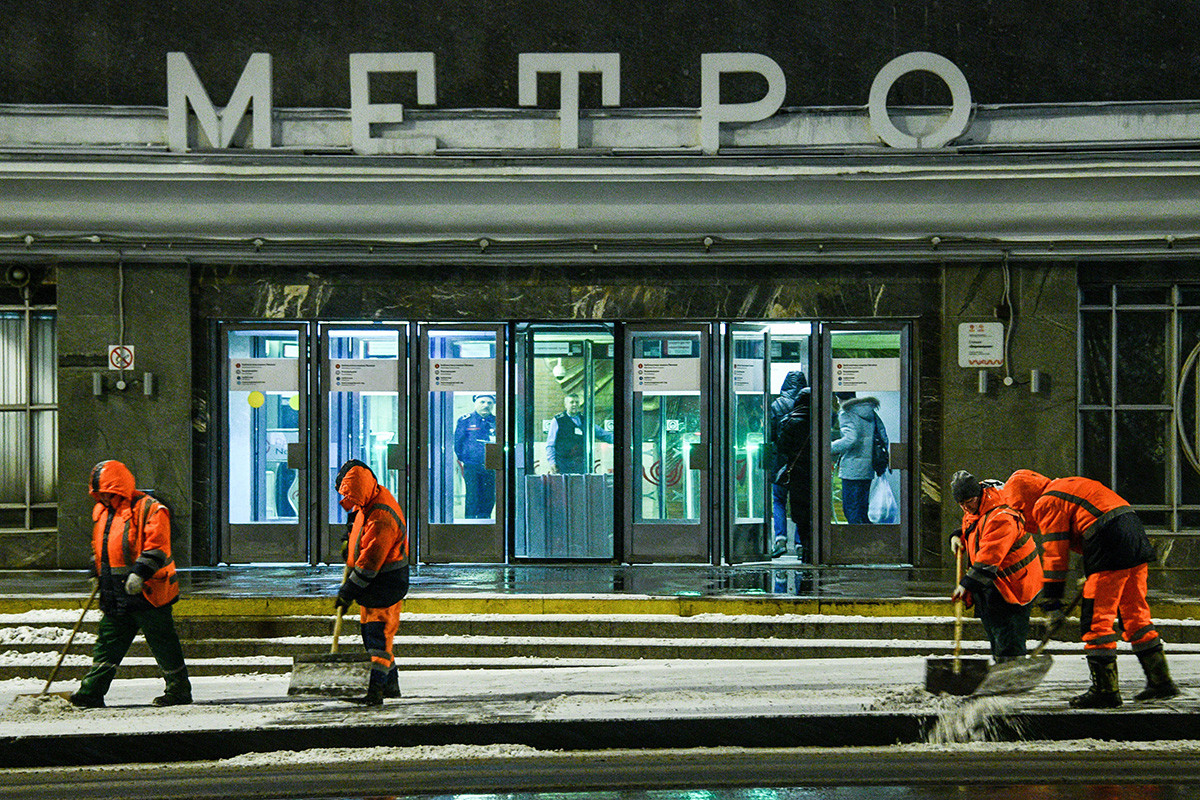 At first glance it might seem that the metro would be immune from the impact of the weather since it is underground. There is, of course, some truth in this, and in extreme weather the metro is the most reliable way to get to any destination in the city. But this doesn't mean that the weather above does not impact its operations.

In October, secondary doors are installed in station entrance halls to protect passengers from direct gusts of cold air, while warm air curtains are installed at entrances to maintain the temperature inside. Meanwhile, climate control systems operate on the trains themselves.

Where steps lead to station entrance halls, heating systems are used to prevent icing. During snowfalls, special attention must also be paid to removing snow from the above ground sections of the metro.

No bus routes to the beach 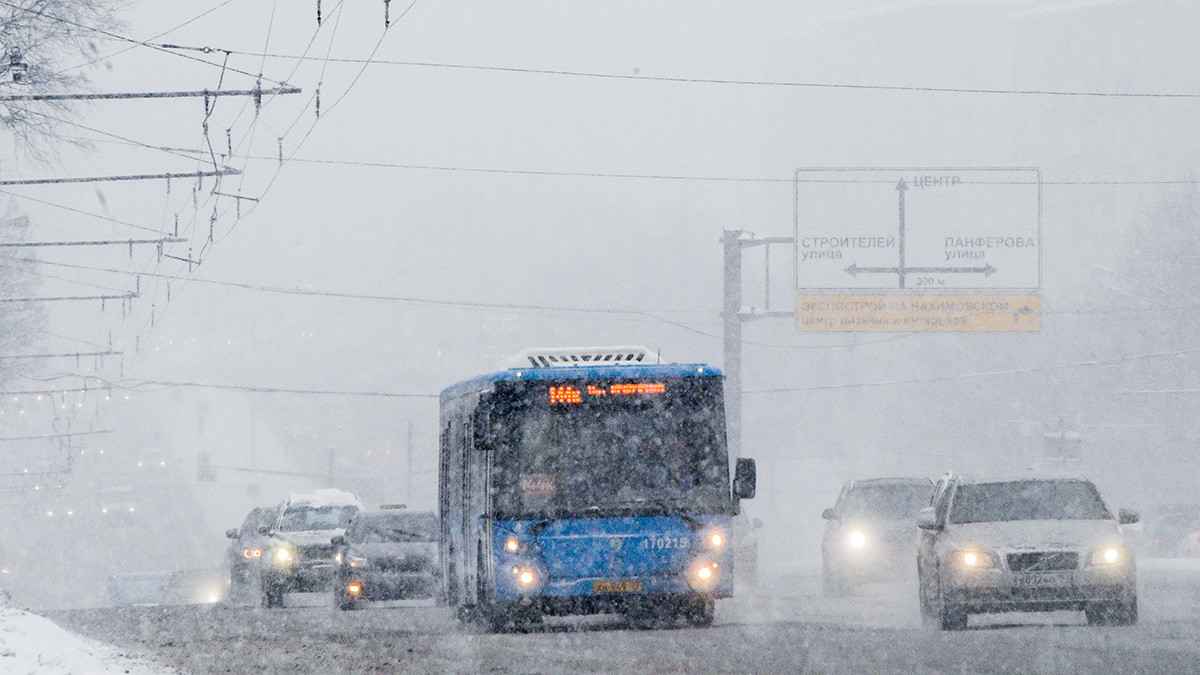 Aboveground transport systems undergo rigorous technical inspection prior to the start of the winter season. Heating systems and door and window seals are checked. The heating turns on when it is below +5°C outside and, according to city regulations, the temperature inside must stay at least +12°C or above. Modern buses have climate systems that adjust automatically. At temperatures from +15°C to +21°C, they operate in ventilation mode and at higher temperatures in cooling mode, so that the inside temperature remains a steady +21°C inside.

Buses and trams also operate on a different timetable in winter, running more frequently than in summer. This is due not only to the weather but also to the end of the holiday season, when the number of passengers on routes to schools and universities increases significantly. Understandably, buses carrying passengers to Moscow’s beaches (which do actually exist) run less frequently or disappear altogether until May.

Moscow buses do not have winter tires and instead use all-season tires throughout the year.