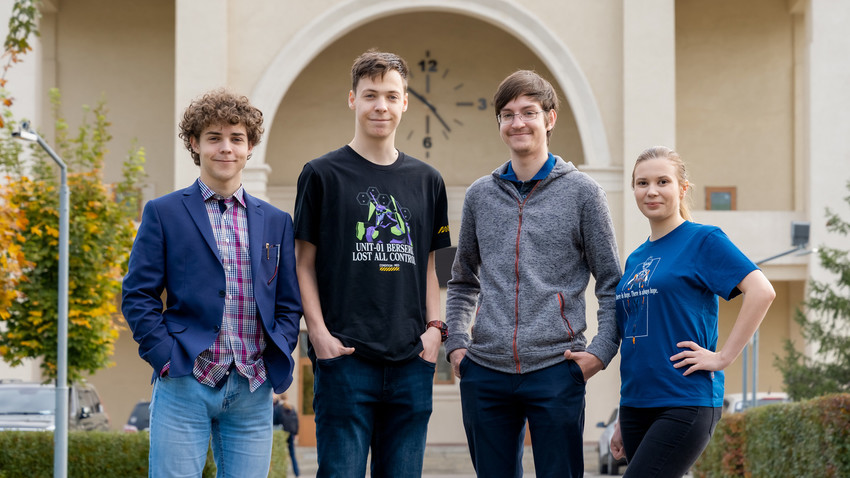 Natalia Arefieva MIPT pr-team
Young winners of the International Physicists’ Tournament reflect about their life and studies, what their take on Russian education is, how to popularize science and the problems young women who choose a career in science might sometimes face.

The Moscow Institute of Physics and Technology is a leading Russian technical university, whose graduates are top-notch specialists in engineering and natural sciences. Teams and individual students from MIPT have consistently earned awards at international contests over the past 10 years. And the latest International Physicists’ Tournament in September 2020 was no exception, with the multinational MIPT team taking first place. We sat down to talk to Russia’s Elena Zvorygina, Artem Sukhov, Ivan Polonik and German Karnup, as well as Belarus’ Ivan Kalesnikau and Ukraine’s Dmytro Spinov.

What motivates you to keep pursuing science?

Elena: [One day to] win the Nobel Prize! But seriously, I found what I really love and so I want to give it my all. I wake up every morning with the thought that there is still so much in this world that we do not know and if I can contribute just a teensie part into mankind’s future, then I must do it. Science is hours and hours spent on finding solutions that will benefit mankind.

Popularizing science is important to many scientists. What do you think needs to be done to make science more popular among youth (and not only)? 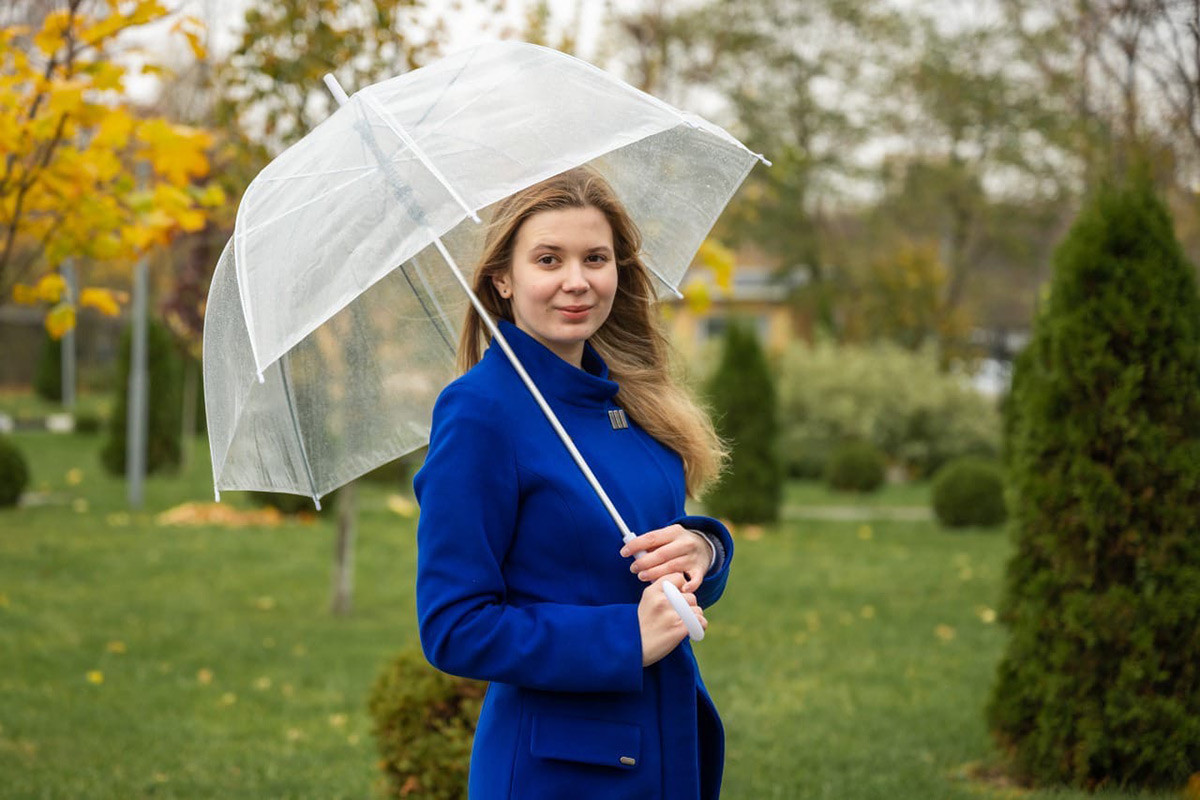 Artem: I’m concerned not only about popularizing science, but also about the quality of it. I actually think that science is becoming more and more popular every year. The main reason for this are ‘SciencePop’ videos. Personally I really like [YouTube channel] Mamix?, as it’s got a cool approach to videos - I would only like for there to be a bit more science in them. Also, I’m extremely happy about the amount of science competitions there are today. What I would like to see happen is the recognition of team Olympiads for school children. 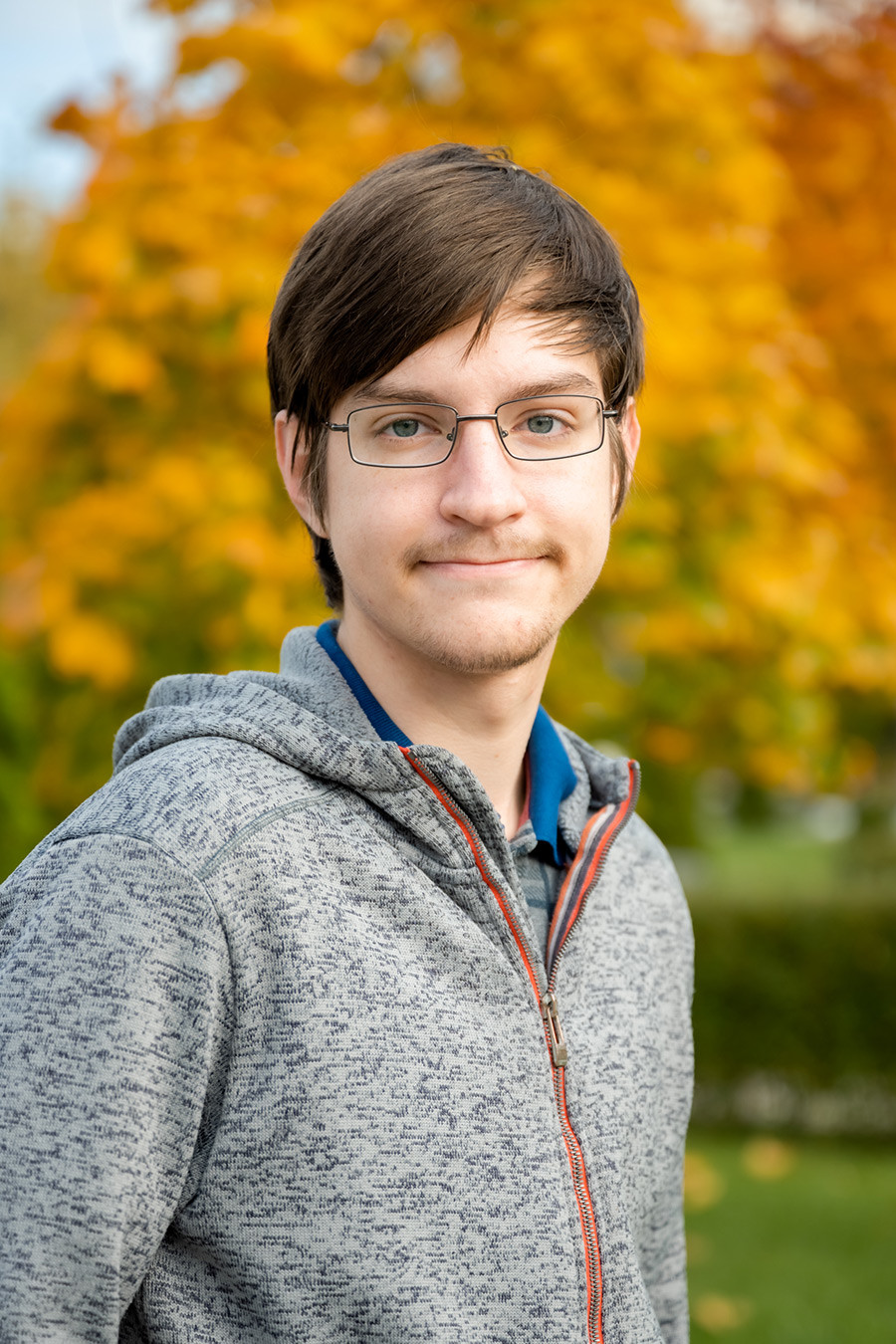 Elena: How can I not be concerned about popularizing science, when there are so many people out there who have never even opened a book? A lot of stereotypes exist about science: crazy people do science, they don’t get paid any money, they do weird stuff, science in Russia is in a bad state, etc.

Luckily these stereotypes are starting to slowly disappear. First of all, it’s not so bad, because there are research grants, some companies invest in science and there is international cooperation. Second, there are certain branches of science that, for one reason or another, are indeed weak in some countries and this is also true of Russia. So we must continue fighting against stereotypes and let people know that science is the foundation of progress.

Unfortunately, nowadays it’s fashionable to scream that vaccines kill, new Internet networks will turn you into a zombie thanks to microchips and only stars can tell you with whom to live with and what the future holds. The funny thing is that usually, these people forget that their beloved iPhone is a scientific creation. So we need to focus on education because at the moment, you can count on your fingers the number of schools where teachers are “walking encyclopedias” that are prepared to answer a million questions [starting with] “Why?” We need open access to museums so that people could see how things work and what it is that scientists actually do. And young specialists need to feel like they are needed, not like it is now - we have all sorts of grants, but some shady people who have never done science decide which science is the most important. So, as soon as the Russian government starts spending as much money on science as it does on defense, everything will be alright.

What do you find good and bad about the present-day education system in Russia?

Artem: One issue is that that little money is allocated to the popularization of science . I am also sad that the field I want to work in — physical modeling in cinema — only exists abroad, at companies such as Disney. This means I’ll have to leave Russia to find employment.

Ivan: I am not particularly fond of education in Russia. I have two younger brothers who are studying at the same school I went to. The curriculum is changing and becoming much simpler. That said, I’ve seen a foreign physics curriculum and compared to that it seems that we’re doing great. 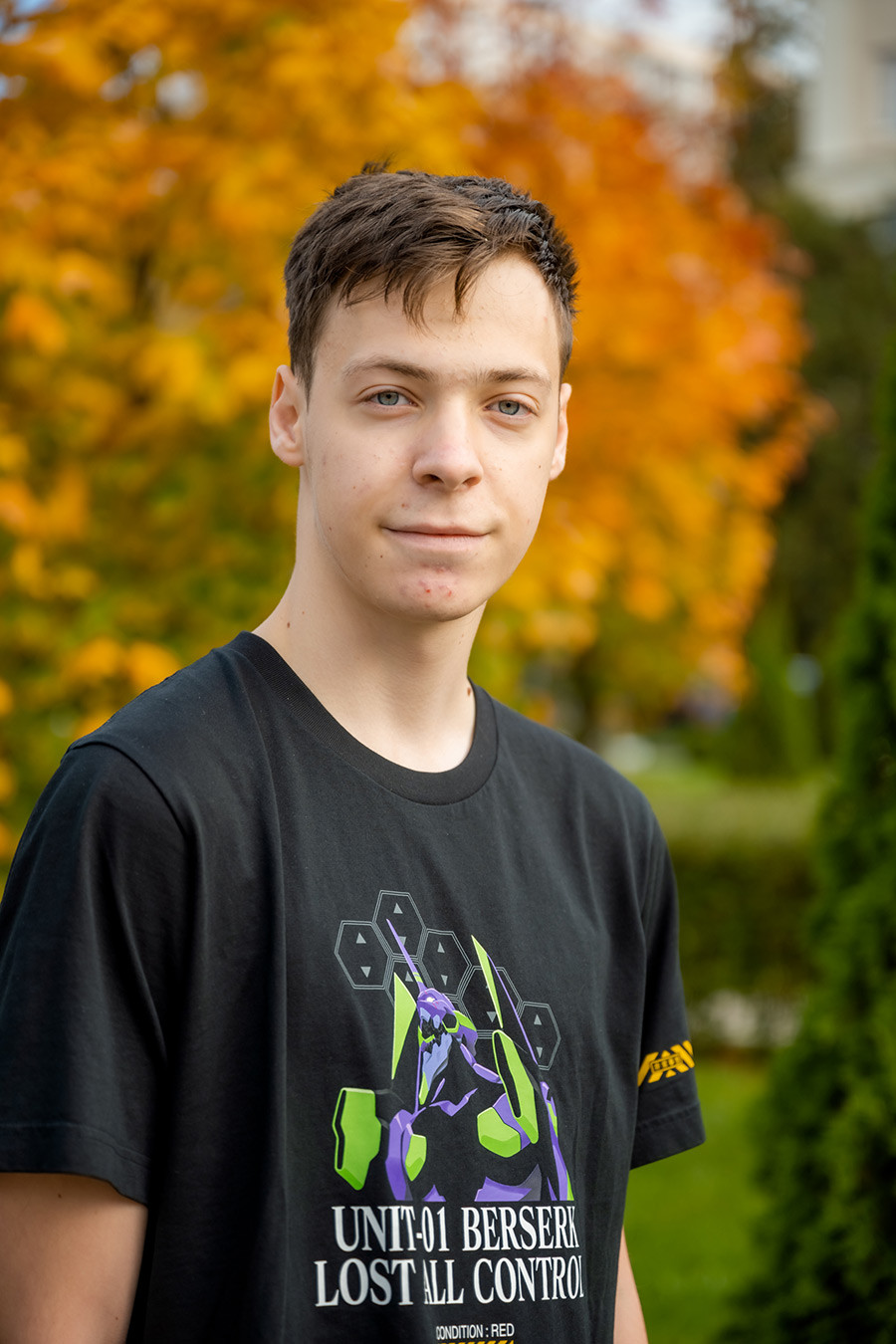 Elena: In general, if we consider some run-of-the-mill schools, things tend to get simpler, just like Ivan was saying. But if the student is willing, they can find a decent school and great teachers without paying anything. If we talk about universities, you got MIPT and many other reputable institutions. They offer everyone opportunities to fulfill themselves in virtually any field of science.

Let’s talk about your winning performance at the physicists’ tournament. First, could you first say a couple of words about the tournament as such?

The tournament consists of a series of selection “battles” and the “final showdown”. In a selection battle, there are three participating teams with different roles: the presenter (reporter), the opponent and the reviewer. The reporting team presents its solution and the opponent’s task is to highlight its advantages and disadvantages. The reviewer evaluates the talks given by the two other teams. Everyone’s performance is assessed by the jury. The strongest teams make it into the finals where they present their best problems.

Which problems did you solve and what were the things you struggled with?

Artem: In the second fight, we were challenged to the resonating glasses problem. It was originally intended for the finals. It was the biggest and most worked-through problem in terms of the material we had. Alas, 10 minutes weren’t enough for the jury to fully grasp the point of our presentation and we did not get too many points, so we steered clear of that problem in the finals.

Ivan: In the finals, we reported on the cumulative cannon problem, which we won the All-Russian tournament with. The core of the report remained exactly the same, but we added many new slides to the presentation. It wasn’t the most advantageous problem to tackle in terms of the underlying physics, but it was the most dramatic to look at and we scored very highly with it.

Can you go into some detail about how the coronavirus affected your training and the tournament itself?

Dmytro: The international tournament was originally supposed to take place in the spring in Warsaw, but it was cancelled one month before the event because of the coronavirus. This gave us more time to prepare by further honing the solutions and working on our English. Another thing is, since the University was closed, we could not run experiments. One has to understand that taking part in a remote tournament is very different from participating in person: The problems are tough enough in themselves, but now you also get additional connection and communication issues. 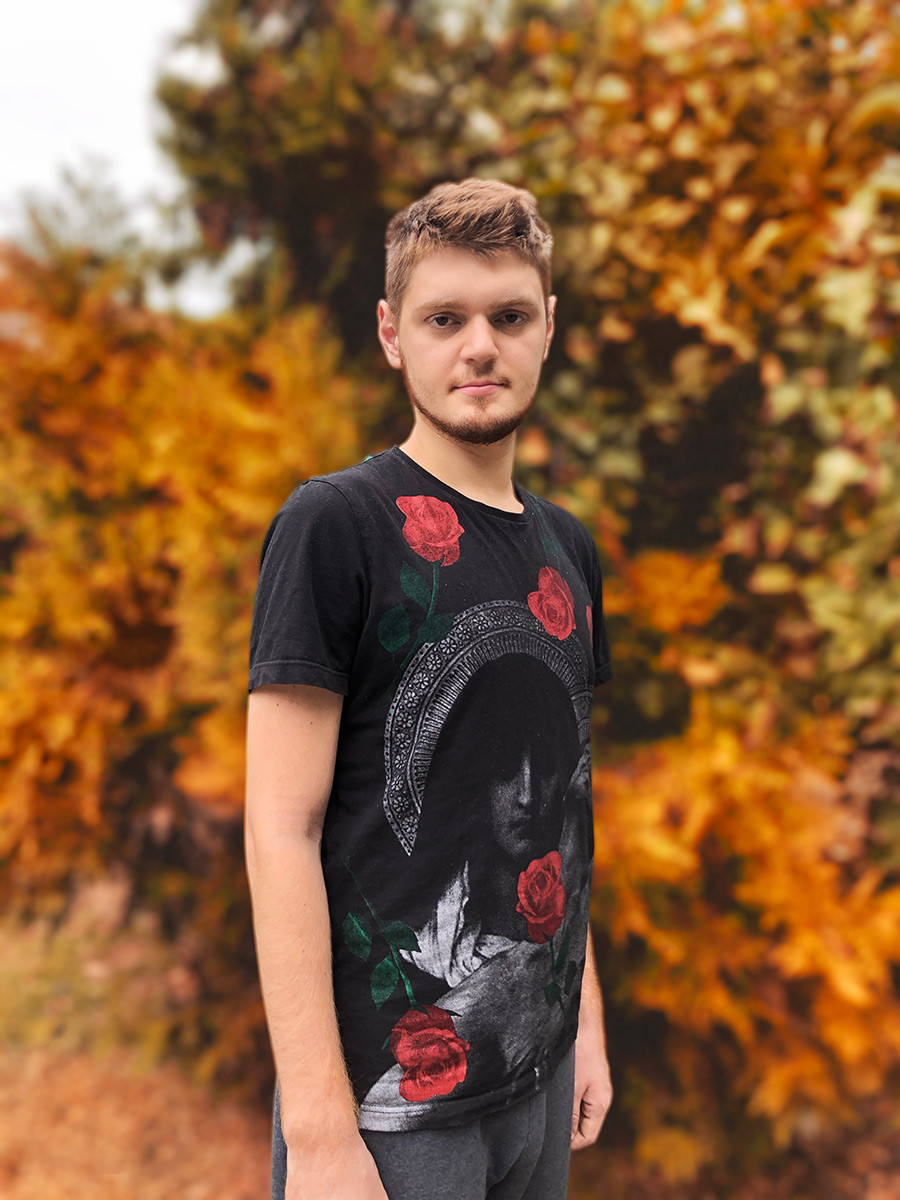 Elena, how does it feel to be a young woman in science? Do you run into problems because of it or does it perhaps make things easier for you?

Elena: Back in the 10th grade, I did not pass the admission to the MSU boarding school and a friend told me “they don’t admit pretty girls there”. Later on, at the University, I saw an ad about the physicists’ tournament. I decided to have a go and one of my groupmates saw me the first time I came to a meeting and said: “Why would you come here? You don’t know a thing.” This hurt a lot, but eventually I took part in that tournament and have been doing it ever since.

I scored low in my first tournament because I was an aggressive opponent. The coach approached me and said I should not be aggressive, because if a girl is aggressive in any sphere, this causes her more problems than her male peers.

As for conference science, I often hear things like, “Such a young girl doing such serious stuff,” and “Wow girl, your research supervisor must be a lucky fellow.” I think there should be equality everywhere, because there are quite a few female scientists.

What are the positive aspects of being a woman in science?

Elena: During my undergraduate studies, I felt like my male professors were much “softer” with me. Of course, if I made mistakes somewhere my professor would give me a bad grade, but, on the whole, I would say that he would be more careful with the expressions he used in addressing me and would not yell at me as much as he did at the guys. My scientific coordinator today treats me the same as he treats the boys.

Also, I remember at one conference I had a mistake in my report. The people who were listening to my presentation knew there was a mistake, but stayed silent in order not to upset me. Half a year later, I discovered this mistake myself and felt sad.

What do you think, is this good or bad? Should women in such a difficult science as physics be treated ‘softer’ than men? Or for there to be equality does everyone need to be ‘yelled at’ the same?

Elena: This is bad. I think there should be equality in science. Otherwise you feel uncomfortable, you think that the others think you’re an idiot and if some questions come up, you think that it’s easier to try and find the answers yourself, instead of asking for fear of looking stupid. Pity demotivates a person; you start asking yourself if there’s any point putting in real effort if you don’t get told off for making errors or if someone ends up redoing your work for you. Every person chooses what they do (in an ideal world, of course) and science moves progress so there should be no “softness” in science. Either you do important things and don’t whine, or you know where the door is and leave.

This one’s not serious and it’s the last question. How similar do you find what you were doing to the way physicists are portrayed in ‘The Big Bang Theory’ TV show?

Elena: I know many real physicists, so I can say lots of them are passionate about what they’re doing. As for that show, you look at the main characters and you understand they are not actual physicists. The reason they are not particularly believable is the comedic quality of all the characters. That said, the sitcom is jam packed with jokes that have to do with physics and science and that actually does bear some resemblance with the way we joke!