5 spheres where Russia is a world leader 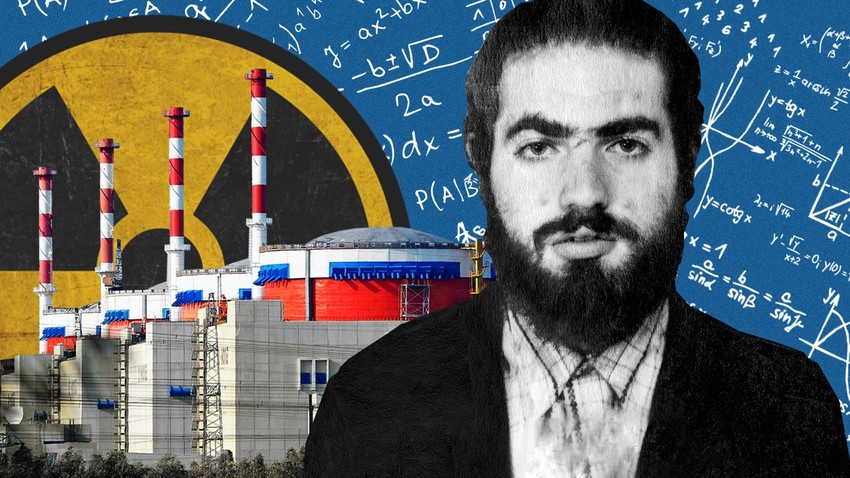 AFP; rosenergoatom.ru/Global Look Press
In science and technology, world powers compete and collaborate, with leaders sometimes only weeks and days ahead of each other. That said, we've taken the liberty to highlight five industries in which Russia and Russian scientists hold a firm global lead.

As Einstein would agree, a nation’s technological leadership is relative. Scientists scan the globe for the best working and living conditions (which don’t always coincide), and change citizenship and place of residence almost at will. Often the place of achievement doesn't match the achiever's place of birth.

Without claiming the final say on the matter, we spotlight the main areas of science and technology in which Russia takes or at least shares first place. 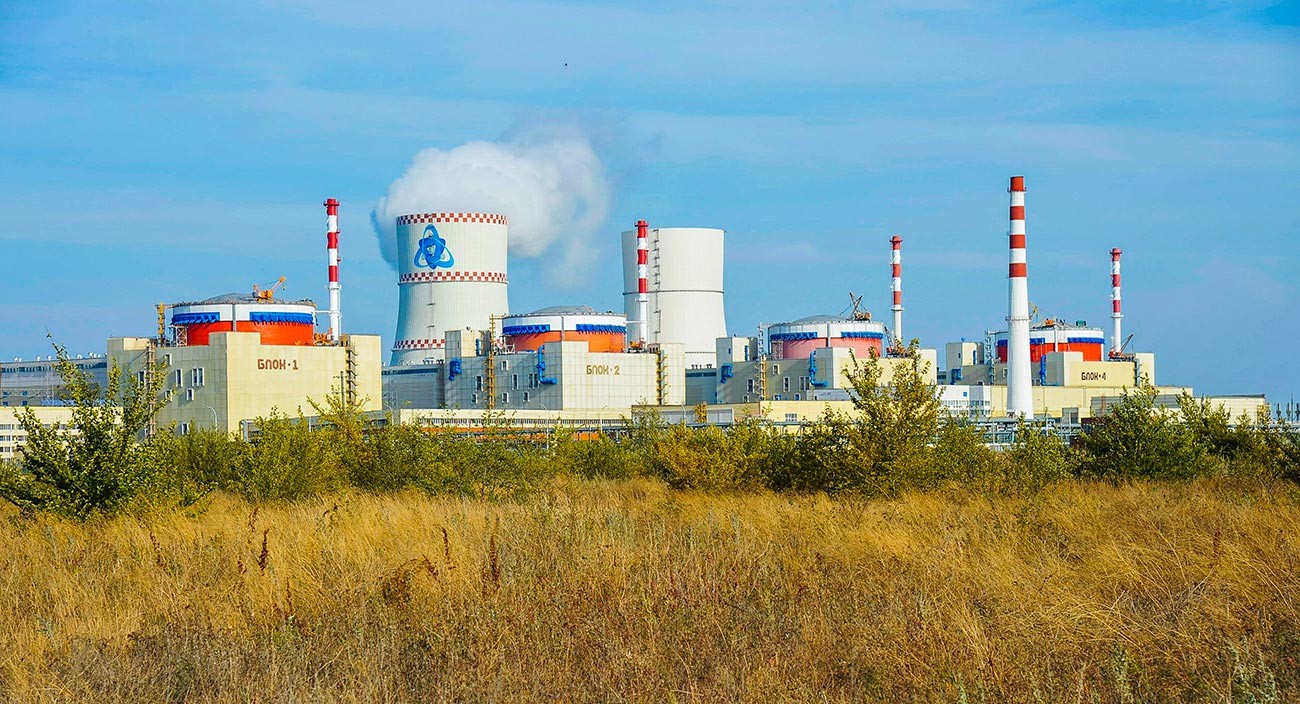 Russia is the world’s leading country by the number of nuclear power plants built beyond its own borders. It is a world leader in the production of highly enriched uranium for the needs of nuclear power and the export of nuclear fuel (state-owned Rosatom owns 40 percent of the global market for uranium enrichment services and 17 percent of the market for nuclear power plant fuel supply). And as a world leader in the field, Russia possesses state-of-the-art technology for the processing and disposal of spent nuclear fuel. 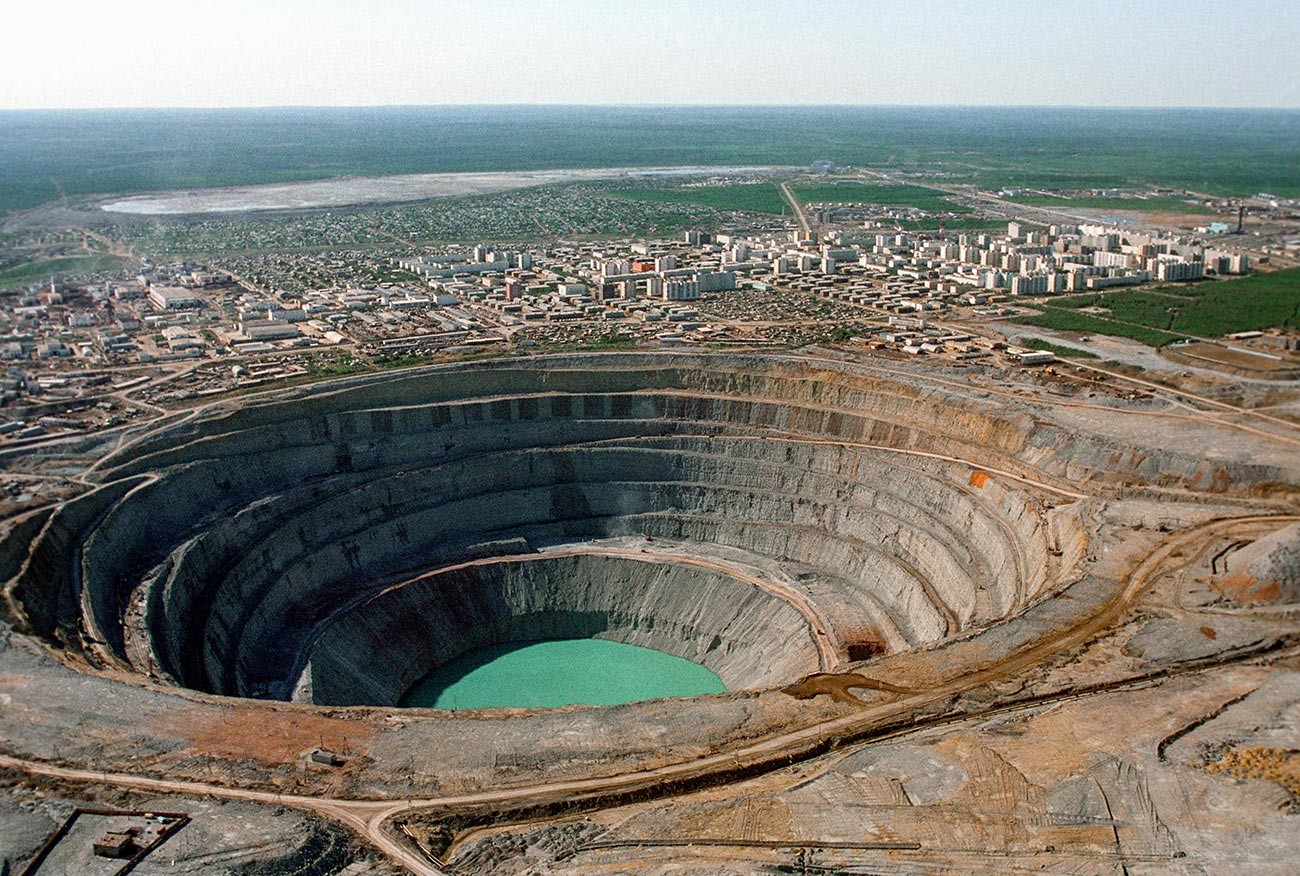 The "Mir" mine in Yakutia, Russia

Russia is the largest country in the world by area (17.1 million sq. km). As a direct consequence, it possesses the biggest reserves of drinking water and forest resources. Sure, this has nothing to do with Russian scientists per se, but they are the ones who create the technology for exploring its natural reserves. Russia ranks first in the world by proven reserves of natural gas and diamonds.

It is home to almost 25 percent of the world's natural gas reserves, and is a perennial leader in this field. Second-place Iran has around 17 percent, so Russia’s primacy is unlikely ever to be challenged.

Diamond production is one of the oldest mining industries in Russia, which began with the discovery of diamonds in Ural gold deposits back in 1867. Today, Russia is a world leader in terms of both physical volume of mined diamonds and their total value. Russia also ranks first in the world by actual reserves of diamonds – so much so that its potential reserves are estimated to be three to four times higher than those of all other diamond-producing countries combined! 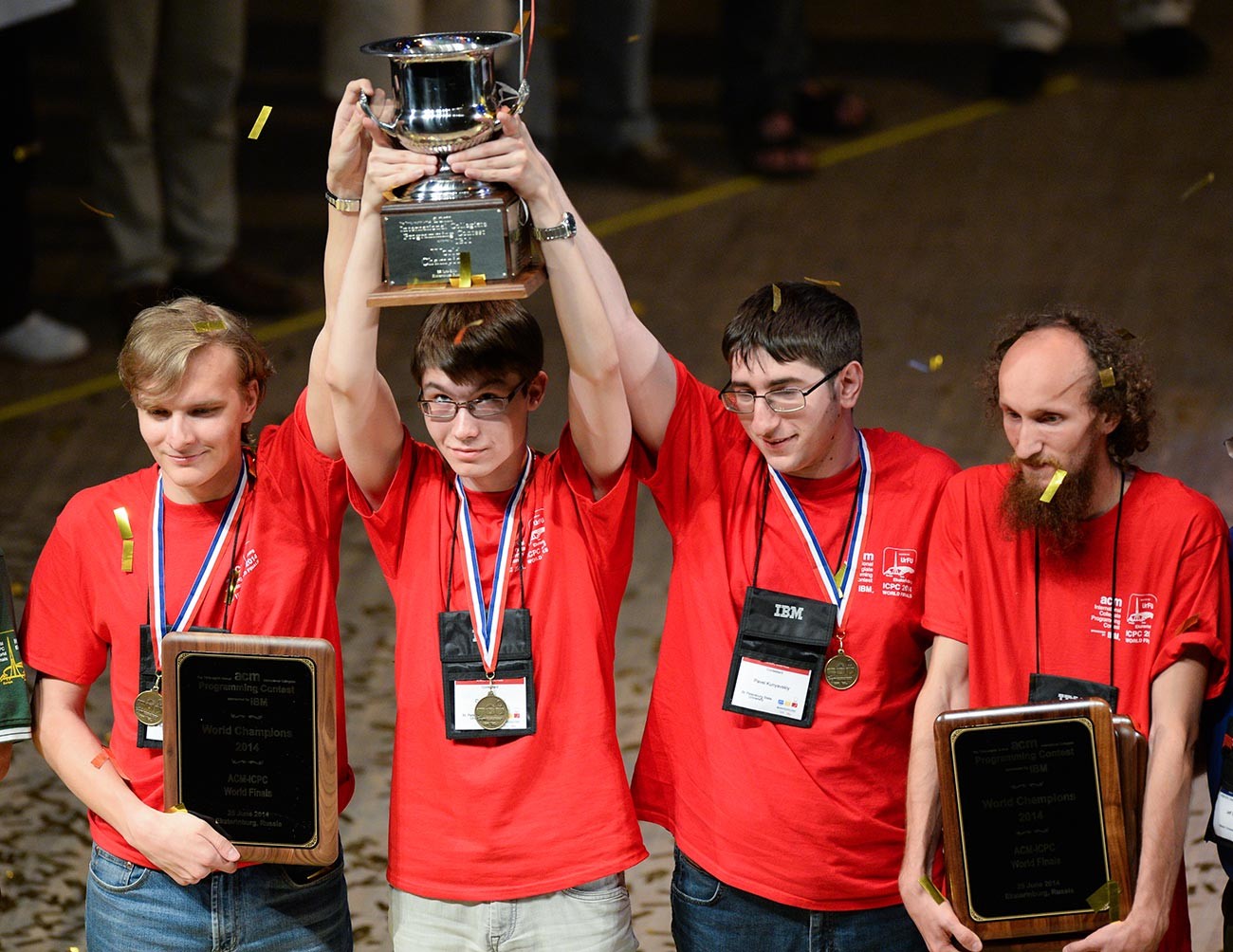 According to HackerRank, Russia and China are constantly vying for the top spot in global ratings for software development; at the same time, Russians are the undisputed leaders in the field of algorithm development. 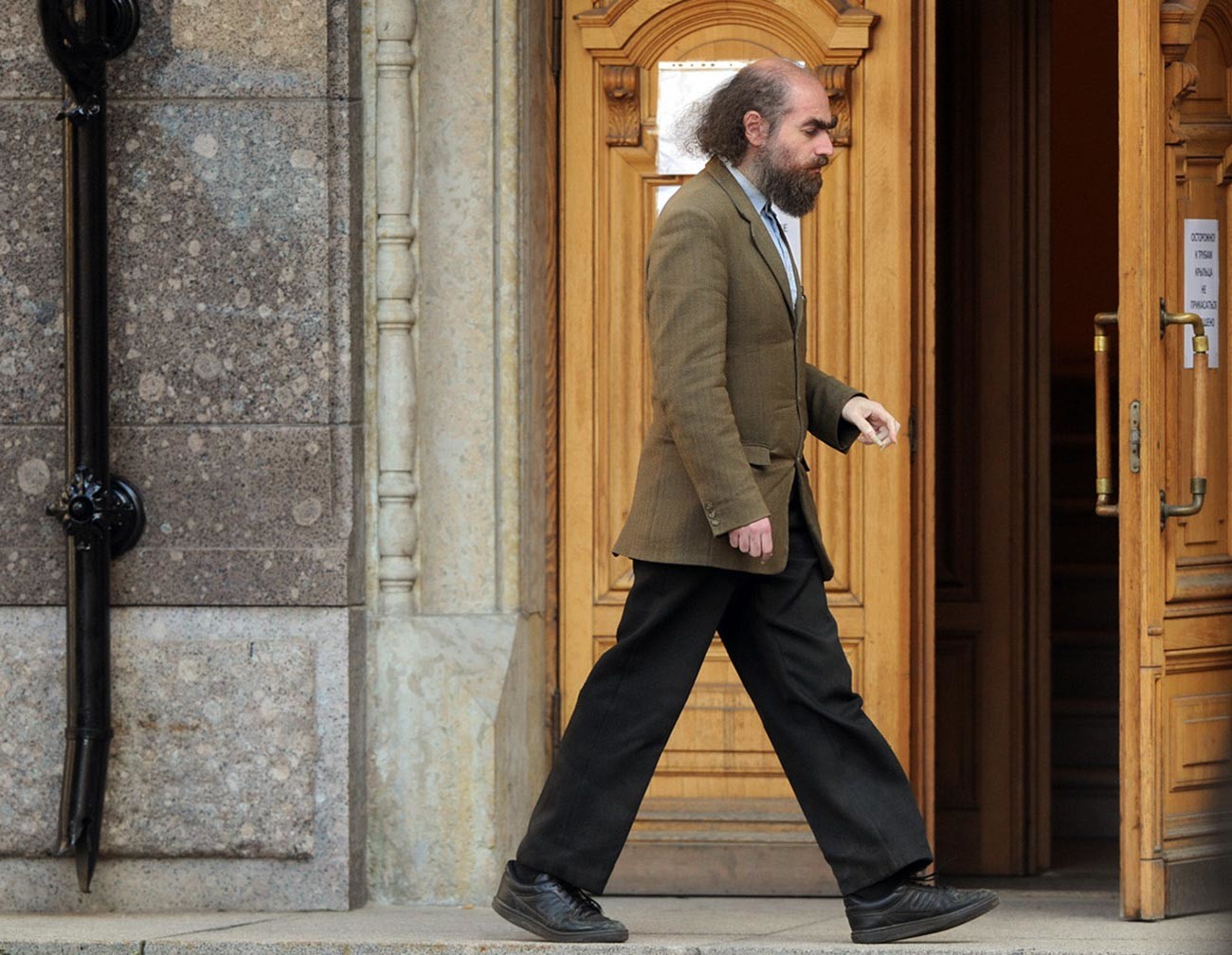 Grigory Perel'man as seen walking somewhere in his hometown of St. Petersburg. Grigory famously evades and/or ignores journalists and reporters.

Since 1991, six Russian-born mathematicians have received the Fields Medal, the most prestigious prize in the world of mathematics. They are Efim Zelmanov, Maxim Kontsevich, Vladimir Voevodsky, Grigory Perelman, Andrei Okunkov, and Stanislav Smirnov. On a separate note, it is worth mentioning the above-listed Perelman’s proof, in 2002-03, of the Poincaré conjecture—the first and only (as of 2020) of the seven so-called Millennium Prize Problems to be solved. 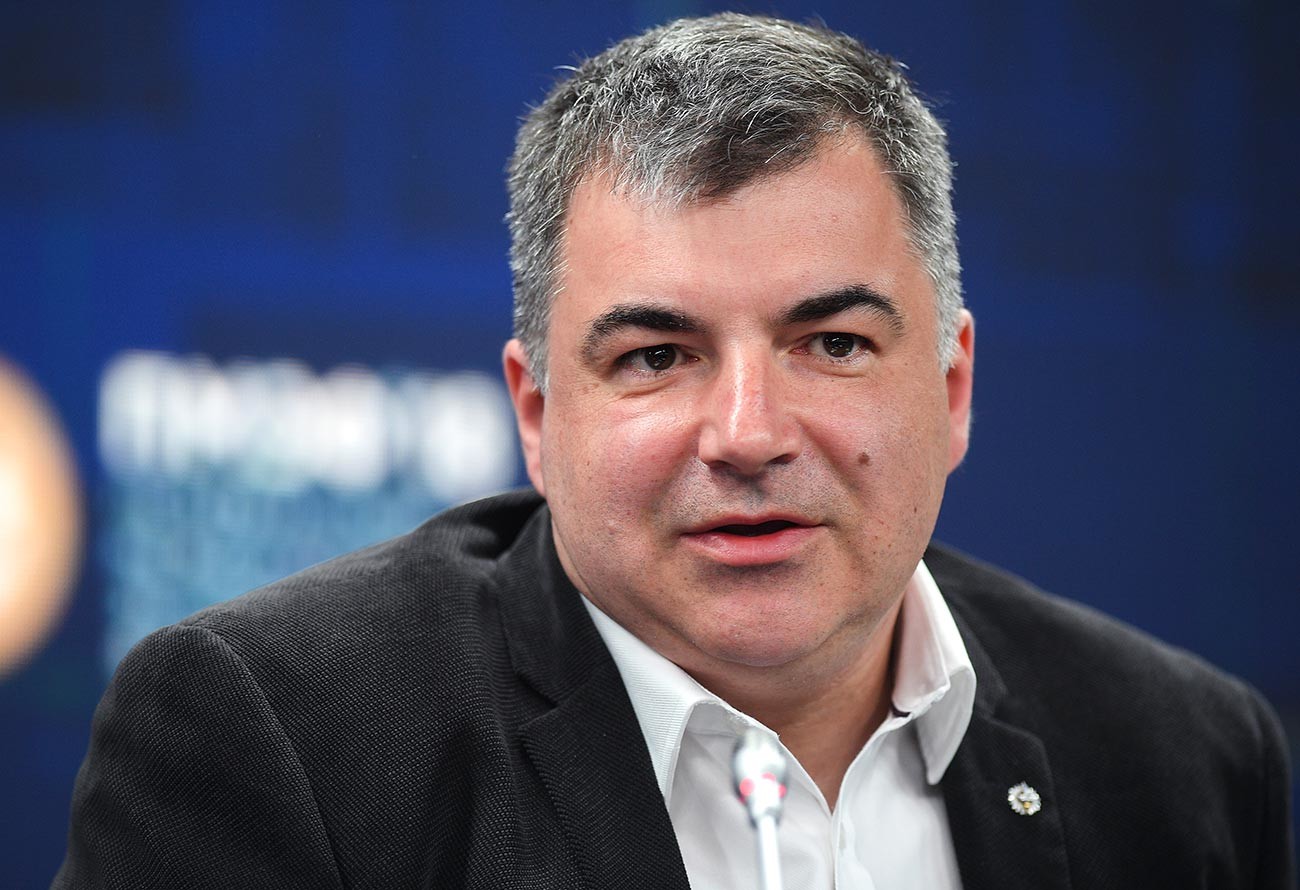 By the sum of its achievements in the various fields of physics, Russia is a world leader here too. Since 1991, five Russian-born physicists have been awarded the Nobel Prize in Physics: Zhores Alferov, Alexey Abrikosov, Vitaly Ginzburg, Konstantin Novoselov and Andre Geim (who, although born in Sochi, is a German by nationality and has never identified as Russian).

More than 700 Russian scientists were involved in the construction of the Large Hadron Collider. And way back in 1997, Dmitry Dyakonov, Viktor Petrov, and Maxim Polyakov hypothesized the existence of the pentaquark – a particle detected by the LHC in 2015.

Last but not least, Russian physicists occupy leading positions in such fields as thermonuclear energy, plasma physics, radio astronomy, and gravitational astronomy, to name just a few. It’s safe to say that Russian physics education is second to none.