How Russia and the US destroy nuclear weapons 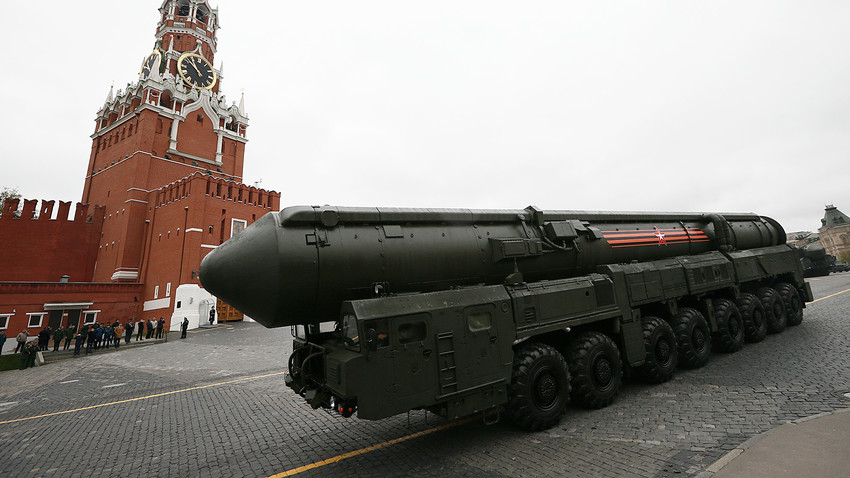 AP
The Russians and Americans carefully monitor any developments in each other’s nuclear arsenal and keep a meticulous count of warheads.

Under START III, which entered into force in 2011, neither Russia, nor the US is permitted to have more than 1,550 nuclear warheads and 700 nuclear weapons until 2021.

That said, both sides are constantly updating their nuclear arsenal, which also entails decommissioning outdated weapons to remain within the prescribed limit. For instance, Russia in 2018 adopted the Sarmat intercontinental ballistic missile, able to strike targets at a distance of 17,000 km. The US for its part is only drafting a program to modernize and update its nuclear forces, content with the missiles it already has, at least for the time being.

How do the two sides dispose of missiles and monitor each other? 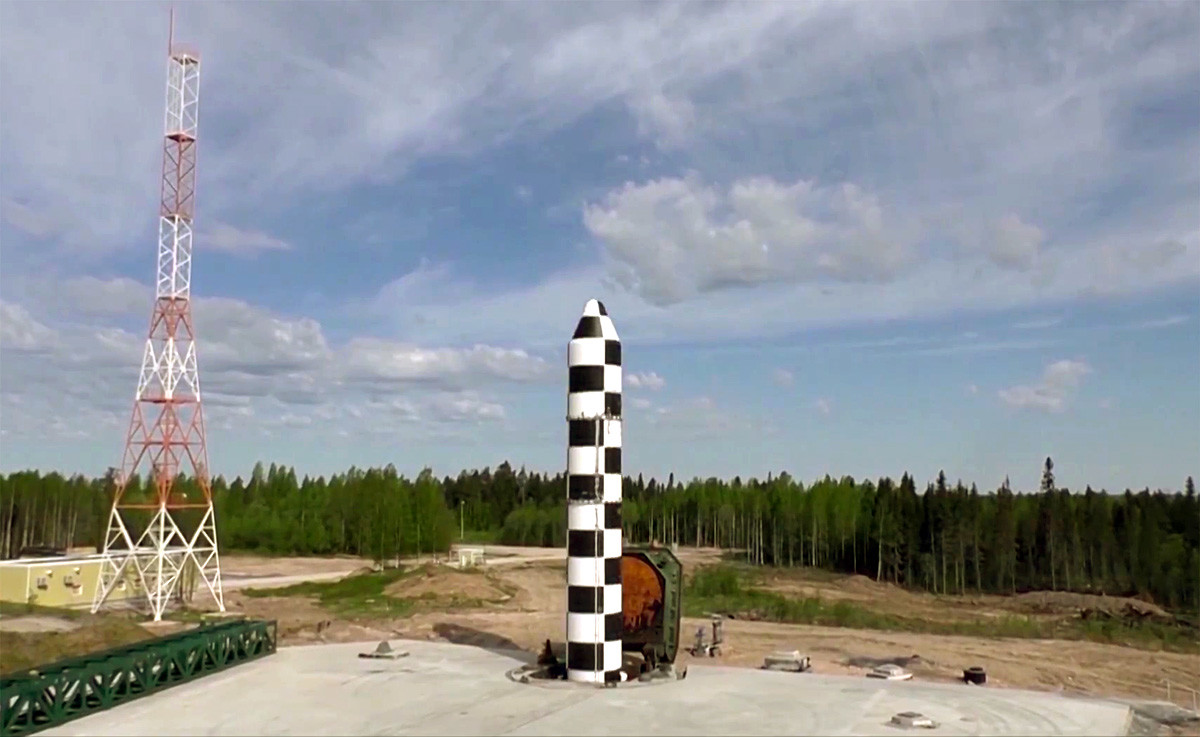 Teams of experts visit bases where the atomic monsters are sited, and are allowed to check anything they choose.

“The commission goes to a military base, removes the fairings from an intercontinental missile, and inspects the number of nuclear warheads inside. Up to eight can be located on a single missile,” Alexey Arbatov, director of the Center for International Security under the Institute of World Economy and International Relations, told Russia Beyond.

He talked about how the number of missiles on US submarines, for instance, Trident, is monitored. The US Navy currently has 14 submarines of this class, on which 24 missiles were installed prior to START III, each of which had eight nuclear warheads (192 nuclear bombs on each submarine). After the signing of the offensive arms reduction treaty, the Americans manually removed a number of warheads from the missiles, lowering the total on each to three.

“This is readily verifiable on site. The commission selects a submarine, and a missile is removed from it and sent to the repair room, where the fairing is taken off the last stage of the missile (the warheads themselves are covered so as not to reveal their design), and the inspector counts the number of nuclear explosives on each missile,” explains Arbatov.

The situation is somewhat different as regards nuclear bombers. Some remain in service, but repurposed for non-nuclear objectives. This involves removing any pylons for large heavy cruise missiles, as well as equipment for nuclear weapons. After these surgical procedures, the aircraft is decommissioned from nuclear to non-nuclear (conventional) service.

Warheads are sent straight to a storage facility, where they are dealt with accordingly. There are no procedures in respect of warheads and nuclear charges; only missile stages and launchers are dismantled.

“Eight times a year Russia and the US exchange progress reports on the recycling and disposal of nuclear missiles, including where each individual missile is based, the precise location of the recycling station, and exact dates of removal. What’s more, the entire process is tracked via satellite,” TASS military analyst Viktor Litovkin told Russia Beyond.

Each step is photographed and videoed, he says. This data is sufficient to accurately decode what kind of object it is, and to obtain its full tactical and technical specification.

At the recycling facilities, the missiles are sawn into pieces and placed on display in front of the plant. “It’s important to show missile fragments to the other side.”

But for nuclear warheads that get removed from a missile before it is dismantled, the situation is more complicated.

The art of destruction 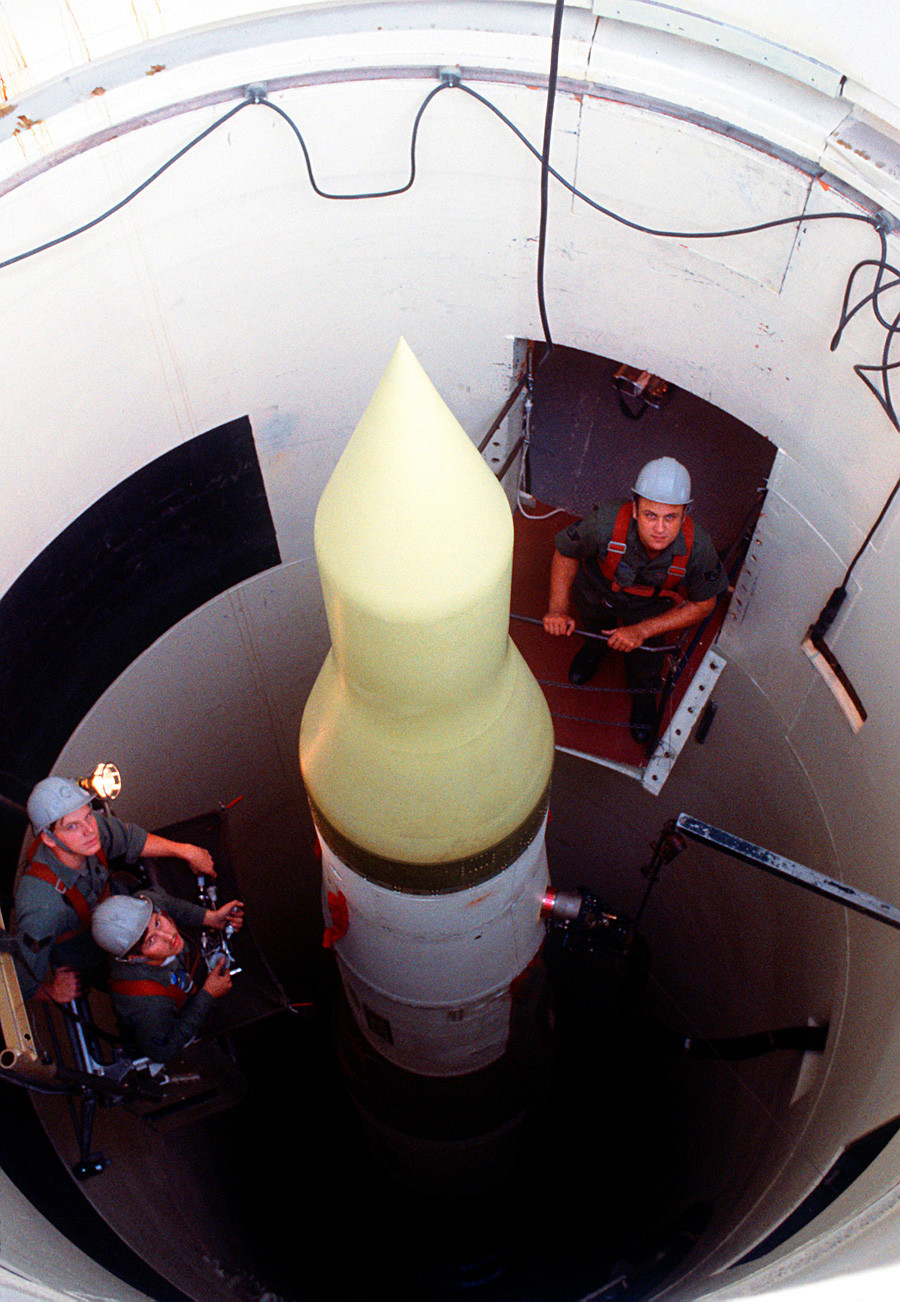 Some warheads and missiles are destroyed in the simplest way possible — by launching them without a nuclear warhead inside.

If this cannot be done for some reason (say, the electronics or engine are not working), the missiles are dismantled at special facilities, where they are reduced to scrap so that the debris cannot be used to build new missiles. At the same time, the launching gear inside is compressed, cut up, and melted down.

That concludes the simplest part (relatively speaking) of the operation.

At the final stage the nuclear weapon is buried, since humankind has yet to come up with a more effective solution to the problem (nuclear warheads are made from spent nuclear reactor fuel). The industrial workers’ main task here is to ensure radiation safety at all stages of handling the materials. For this, Russia and the US created special airtight capsules that prevent nuclear waste from coming into contact with the outside world.