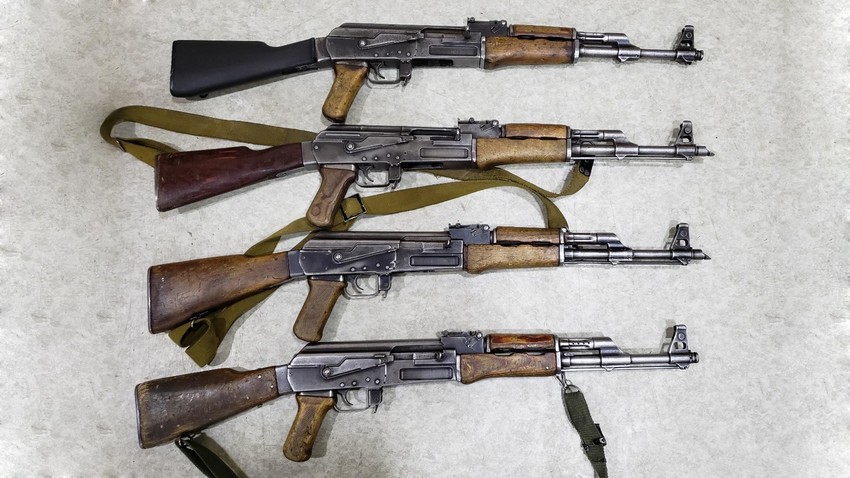 The Kalashnikov rifle still remains one of the most recognizable symbols of Russia, known in every corner of the world.

But the Kalashnikov and other Russian guns are not just weapons of war anymore. In many countries, you can find civilian and sporting versions of famous Russian rifles and handguns. People use them for competition shooting, for personal defense, for hunting, as deactivated weapons for historic reenactments and as movie props.

While working in different countries, I was asked many times by people of all nationalities: “How can you tell that the gun is actually Russian? What should I look for?” 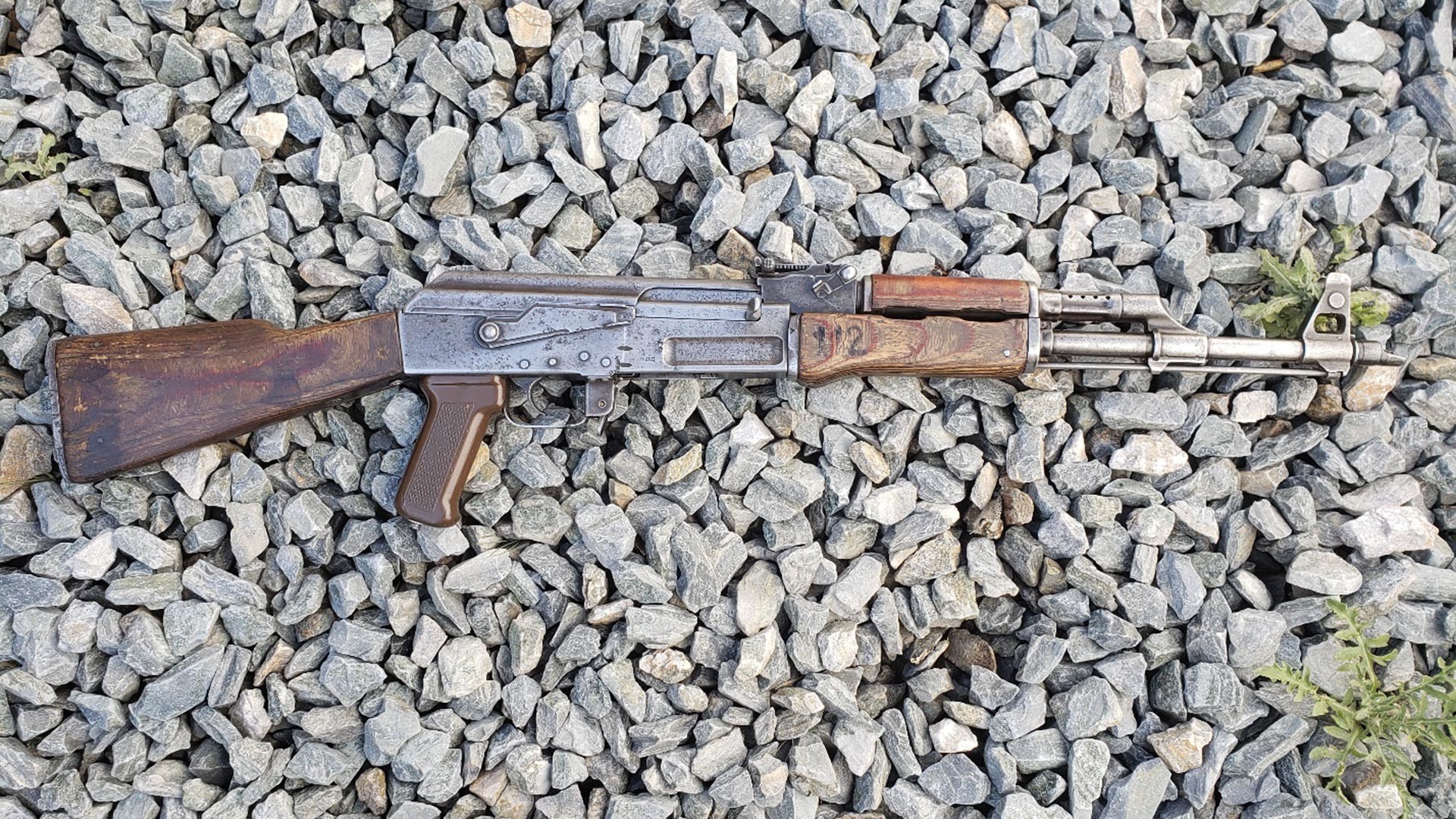 The question is completely justified, since Russian weapons have been produced, some illegally, some under license, in dozens of countries all around the world. For example, different variations of Kalashnikov rifles are now manufactured in 28 different countries, and they all are not made to the same standard.

Let’s take the classic AK rifle as an example. There are several things to look for. The simplest way is to look at the manufacturer’s markings on the left side of the receiver. There, you will see a stamp that tells you where the weapon was manufactured.

In this case, it would either be an “arrow in triangle”, which means that the weapon was made at the factory in Izhevsk, or a simple star, which means the weapon comes from Tula, at another large arms manufacturer. 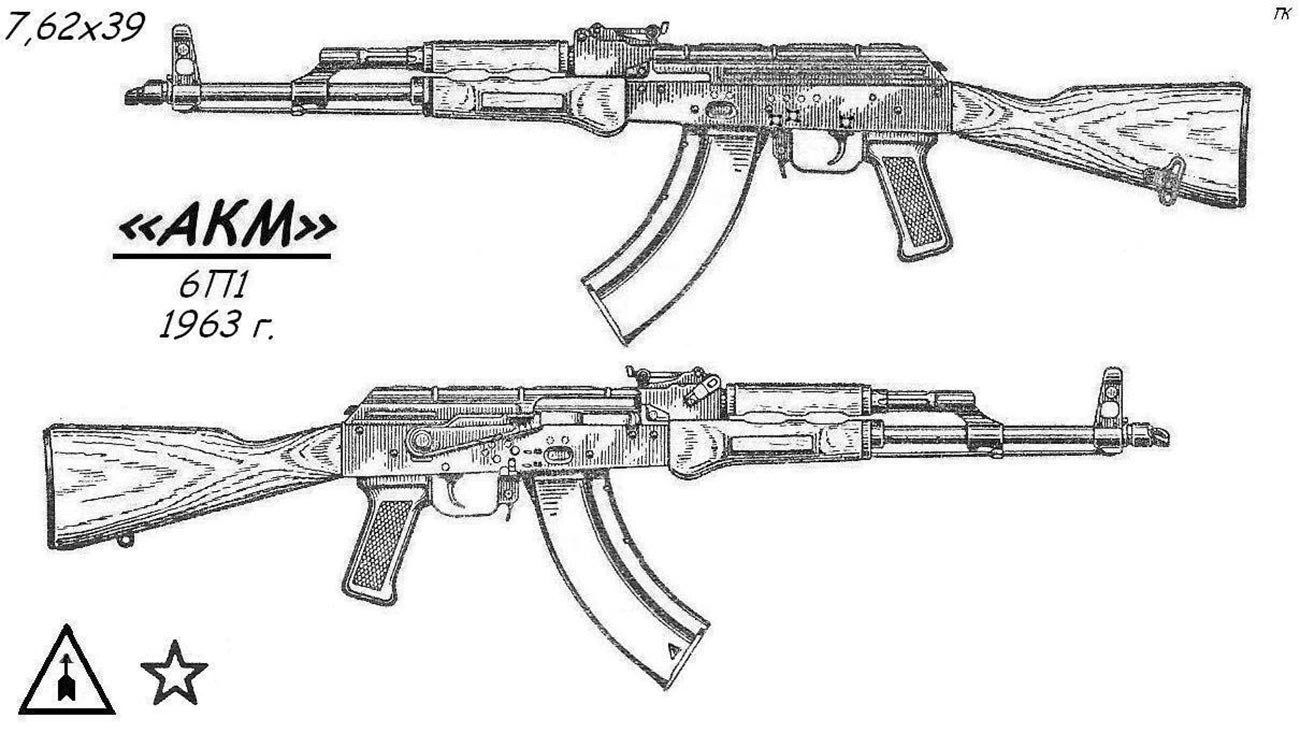 There is another manufacturer that has become more prominent in recent years called ‘Molot Factory’, which was founded during World War II to supply the Red Army with much-needed submachine guns. In the early 1960s, it became a main manufacturing facility for the Kalashnikov light machine gun, RPK.

In the 1990s, Molot Factory used that experience to produce civilian sporting rifles called ‘VEPR’ (meaning “Wild Boar”). Known for its reinforced design and ruggedness, these rifles are popular among shooters who follow the words of Boris the Blade from Guy Ritchie’s movie ‘Snatch’, who used to say: “Heavy is good, heavy is reliable. If it doesn’t work, you can always hit them with it.” Since VEPRs are based on a light machine gun, they are indeed heavier compared to other AK variants. 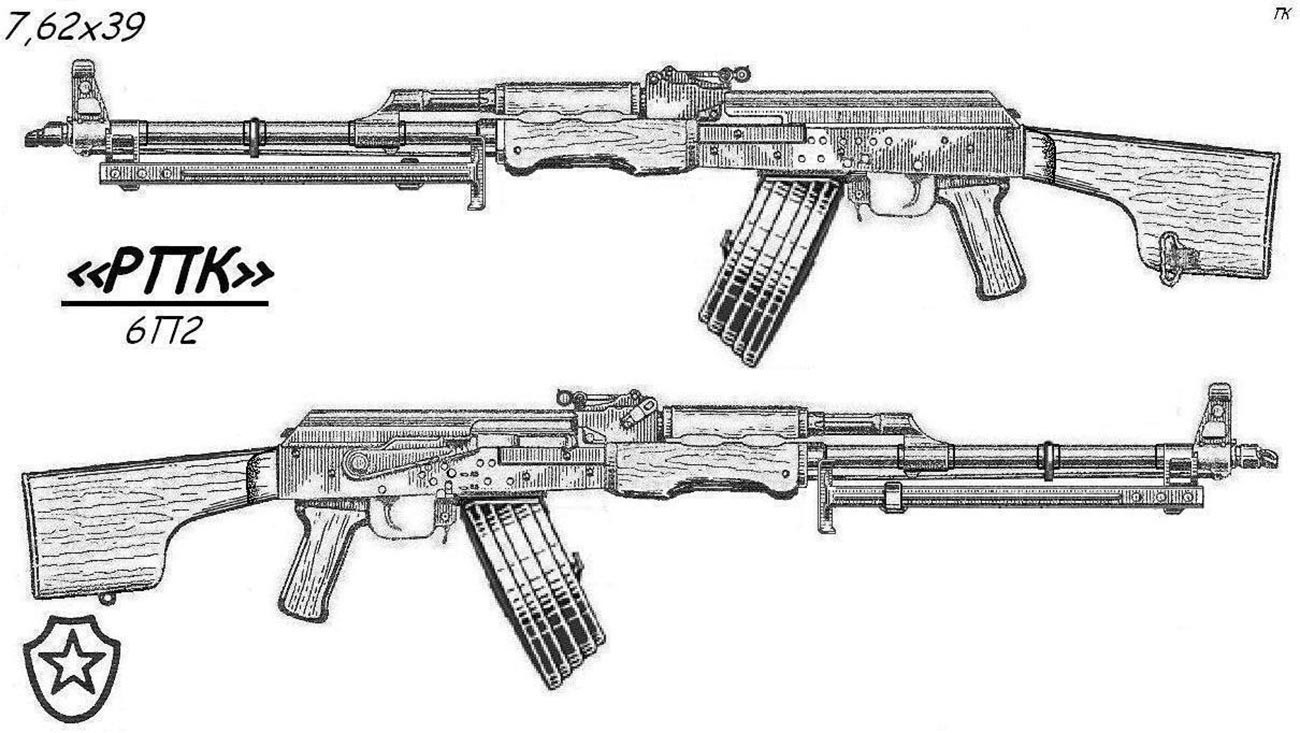 To identify an authentic VEPR, look for a “star inside the shield” mark on the left side of the receiver.

While working in Afghanistan, I saw many low quality copies of Kalashnikov rifles made in the Pakistan Tribal Areas, and one of the biggest giveaways of those guns was Latin (English) letters in the serial number. 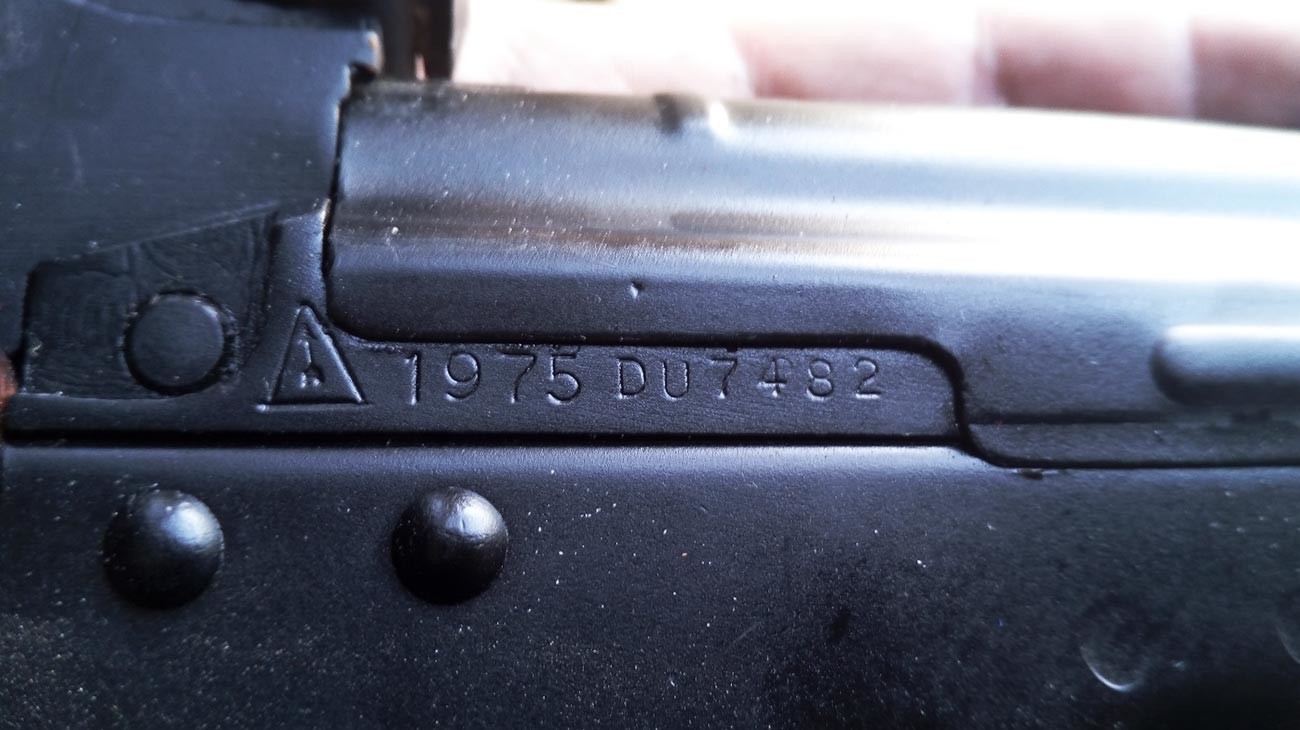 In this region, making counterfeit guns is an old tradition. Dealers in the tribal areas know that they will be paid more for an original Russian weapon and will do everything to make it look as close as possible to the real thing.

What usually gives them away is poor grammar. For example, on the right side of a Russian gun you can find selector markings with Cyrillic letters ‘ОД’ and ‘АВ’ which stand for “semi-automatic” and “fully-automatic” modes, respectively.

Fortunately, most tribal gunsmiths are not avid Russian language enthusiasts, so on their creations those letters often look more like ‘ОА’ or ‘ДВ’. Another proof that proper grammar is important.

Another giveaway of many fake rifles is poor quality. In Kabul, I came across several weapons that could not even be loaded – the barrel and chamber were so out of sync the round would not go in all the way. That is why, even if the markings are right, try to do a simple function check, and if you do not like something maybe you should look for something else. 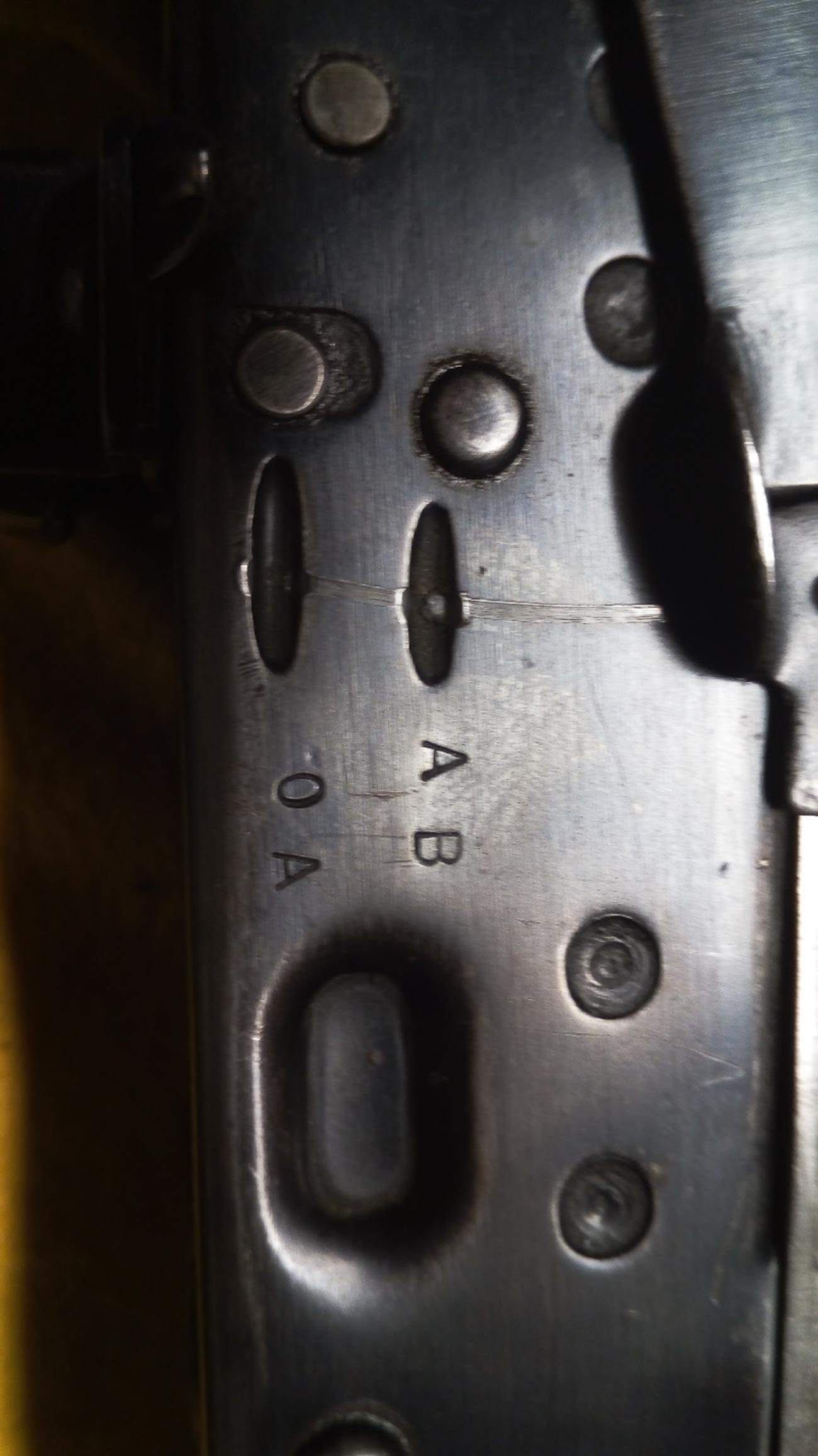 Other Kalashnikov copies have their own identification marks – a Hungarian gun would have an infinity sign and number ‘1’ as selector’s markings, a ‘10’ in circles indicates Bulgaria, ‘11’ in one means the weapon was made in Poland… You can write an entire book about it. Every AK variant is different and represents the history of the country, its political affiliations, progress of technology and manufacturing capabilities.

That is why every museum has their own weapons. Since ancient times, the sword or a spear could tell you more about the history of a particular civilization than many manuscripts. And every historical Russian weapon can definitely also tell you the story.

That is one of the reasons weapon collectors love Russian firearms – they might sometimes look crude and unrefined, but they perfectly represent the character of the nation and show how difficult and remarkable Russian history is.