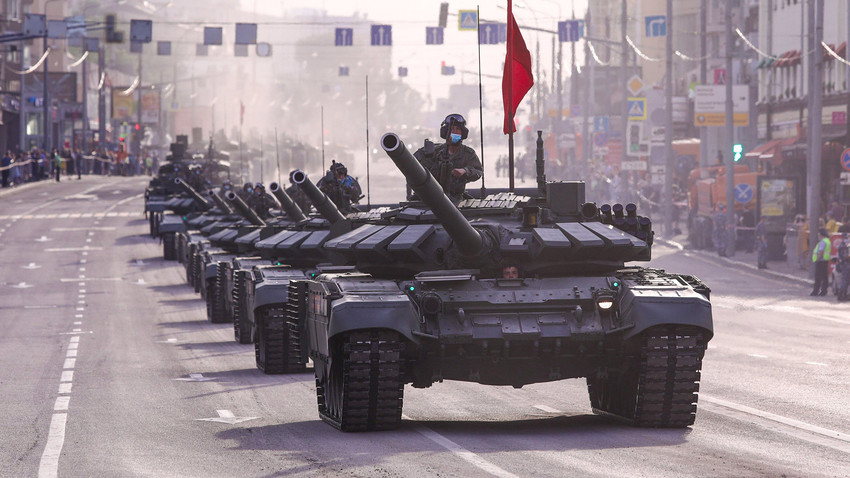 Kirill Zikov/Moskva Agency
Soldiers and military equipment roared through the streets of the capital during the final military parade rehearsal prior to this year’s celebrations, held on June 24th. 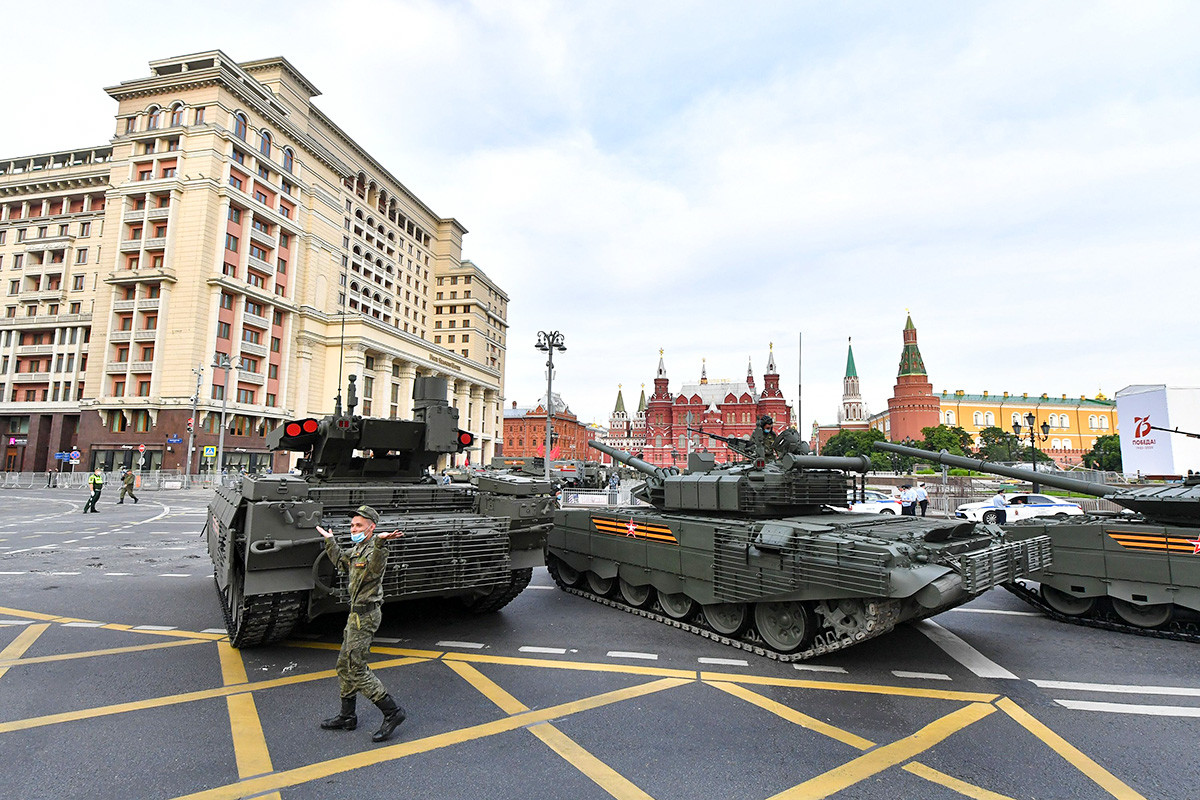 Over 14,000 troops, accompanied by 300 pieces of military equipment, spent the night of June 18th parading through the streets of central Moscow and the Red Square. 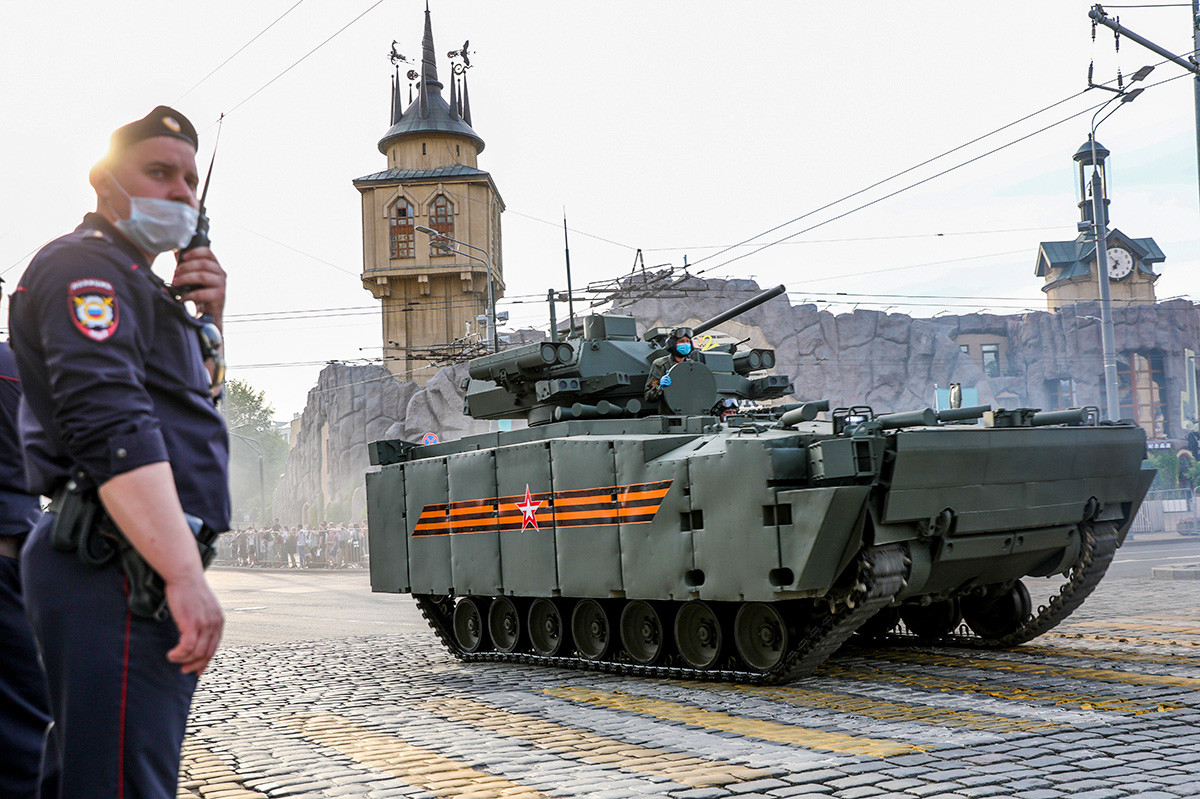 Local residents had a chance to follow the action through the city center after the recent lifting of the COVID-19 lockdown in the Russian capital. 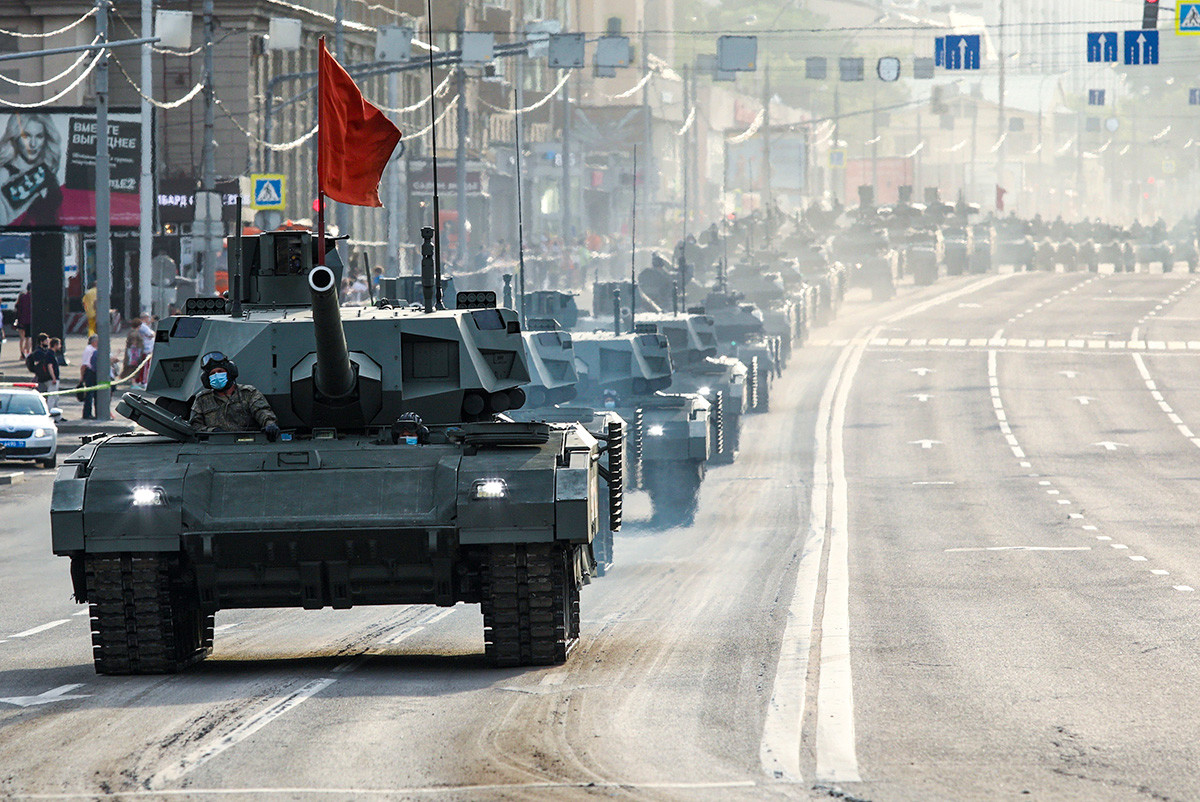 This column of light and heavy equipment consists of 300 vehicles. Among them are the S-400 and Pantsir-S1 air defense systems, T-14 Armata tanks, as well as the Koalitsiya-SV and Msta-S self-propelled howitzers. 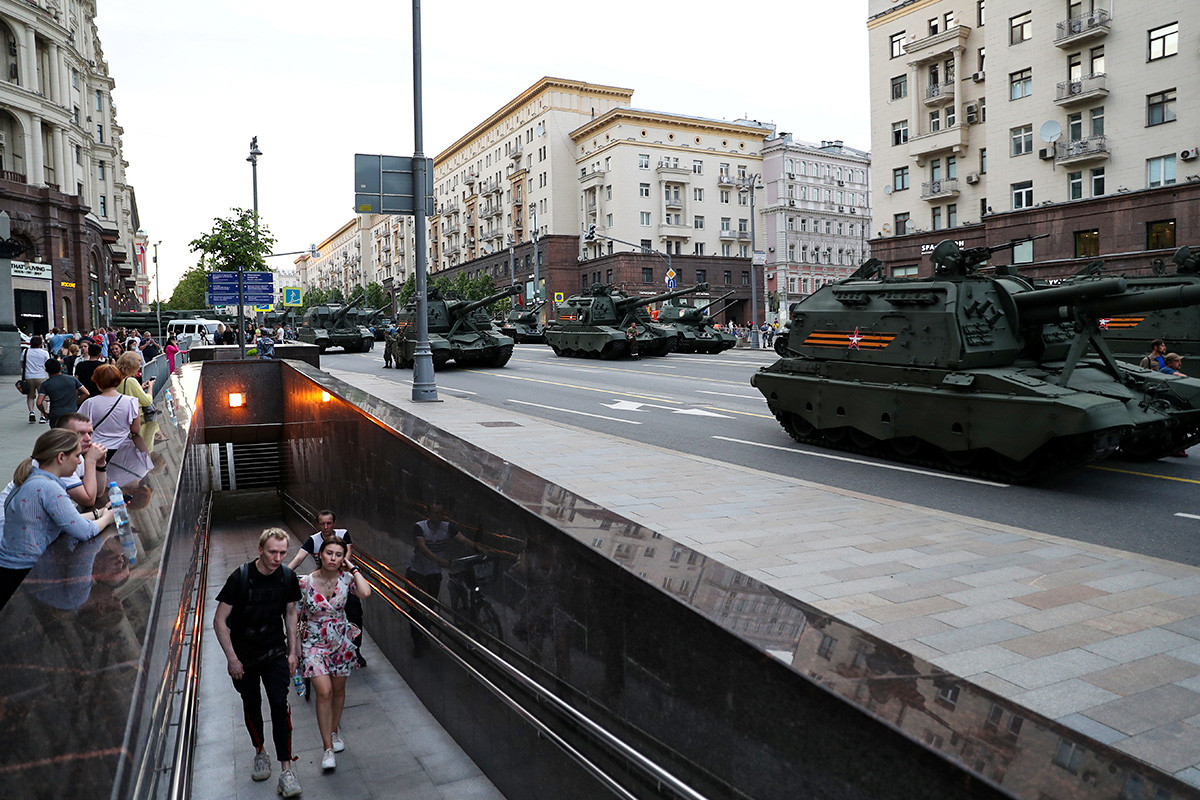 These annual street rehearsals are a unique opportunity for people to witness cutting-edge military equipment for the first time, as military parades are a presentation of the country’s latest additions technology. Follow the link to read about all the novelties that will be revealed on June 24th. 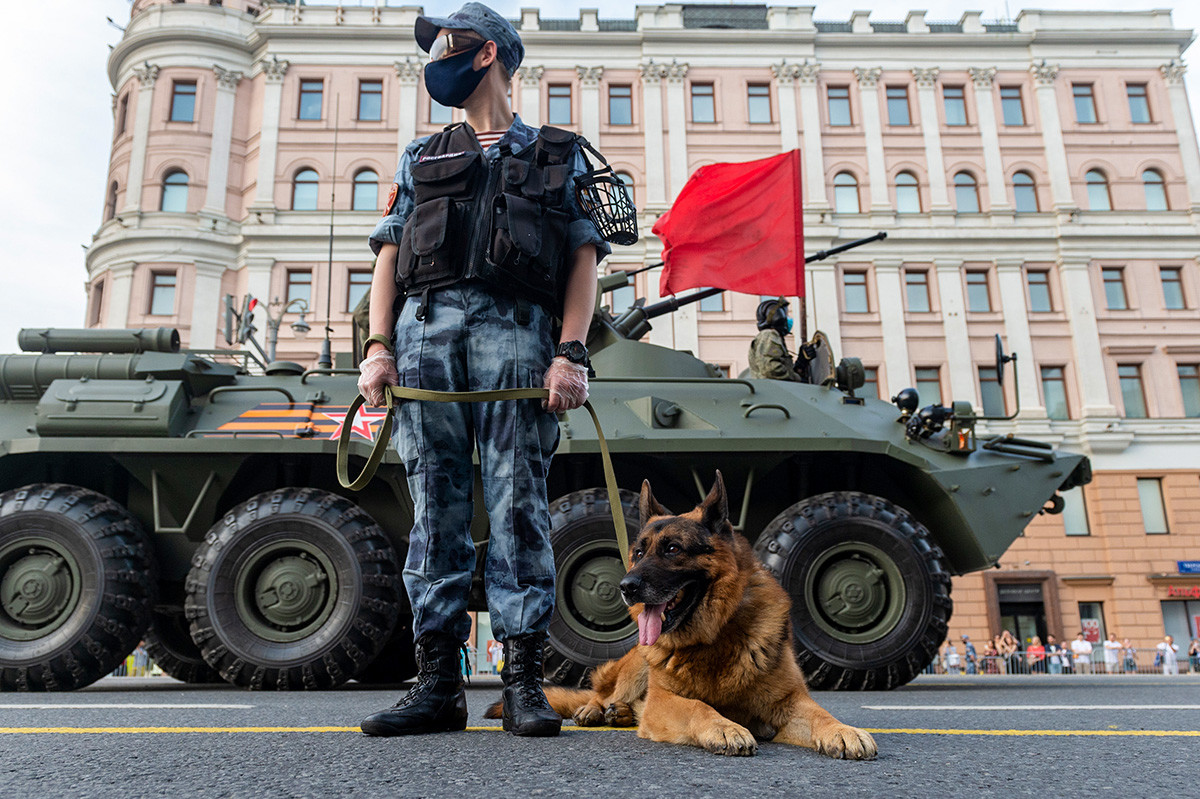 City police in Moscow’s downtown area prior to the march. 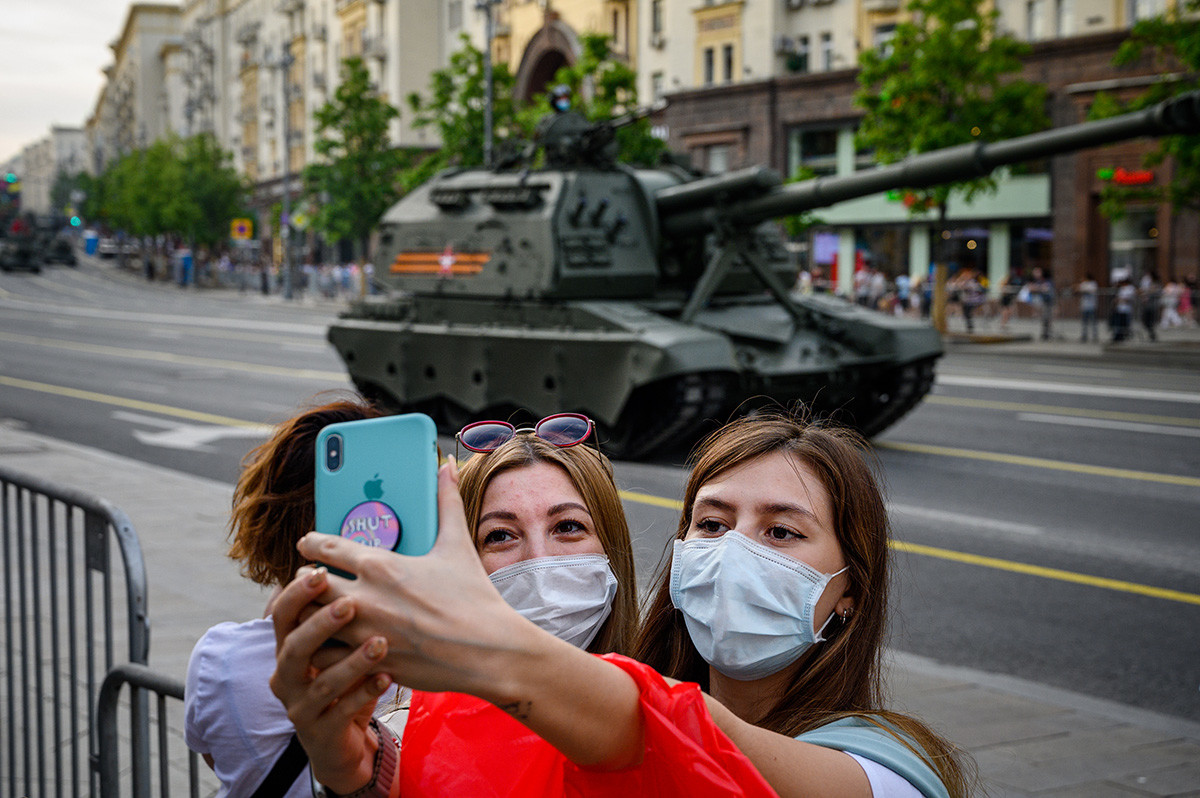 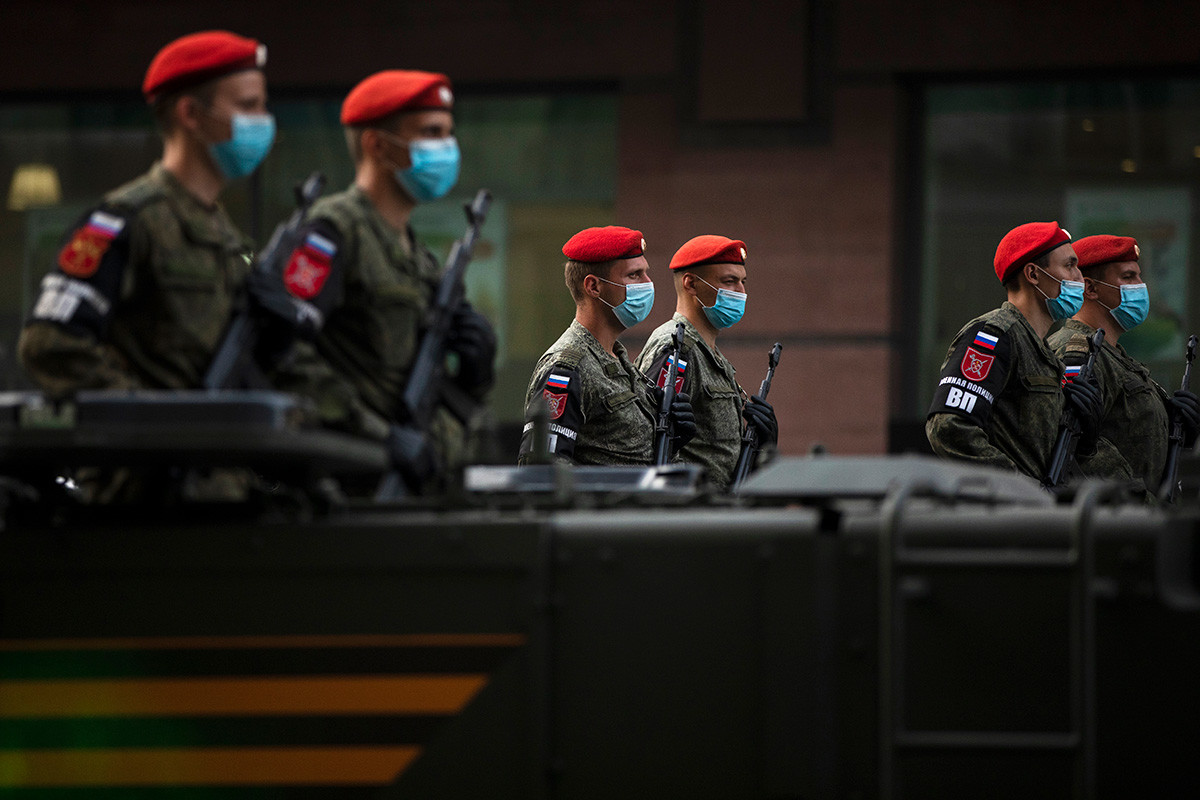 This year the Russian army is also joined by military police units that defended order in Syrian cities following their liberation by the country’s armed forces in December 2016. 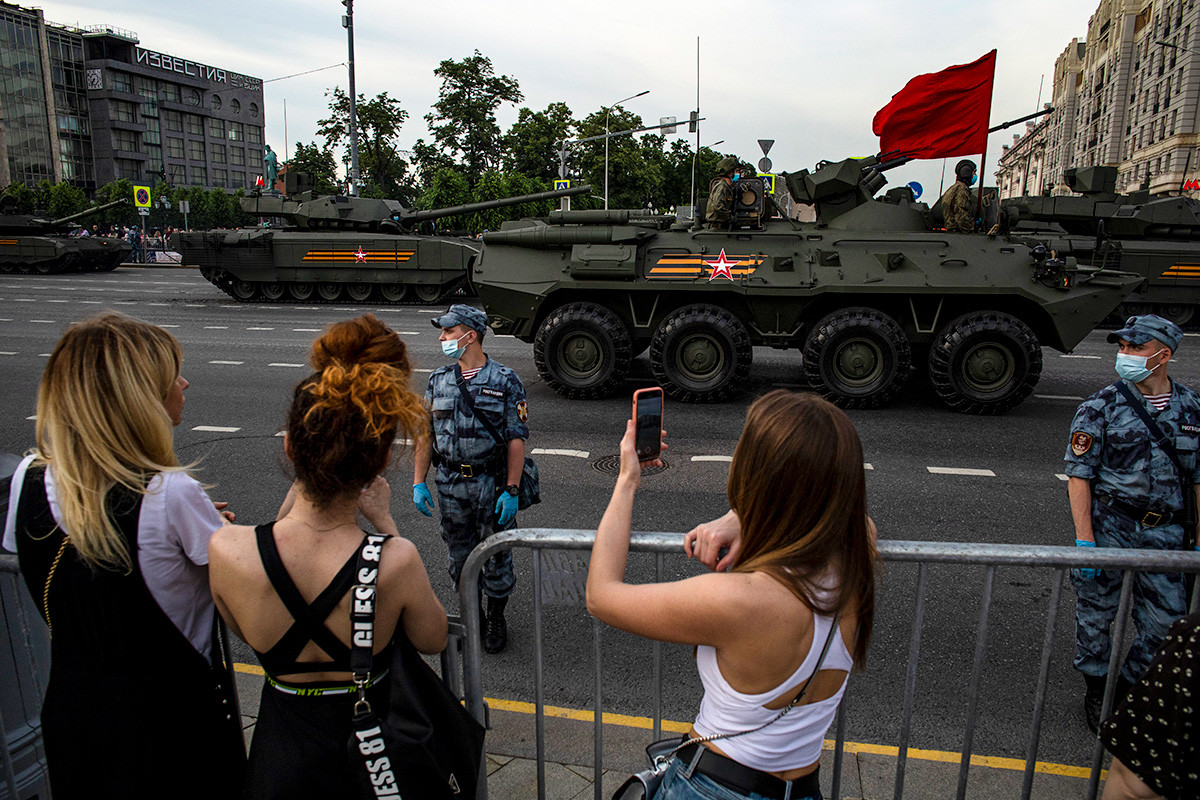 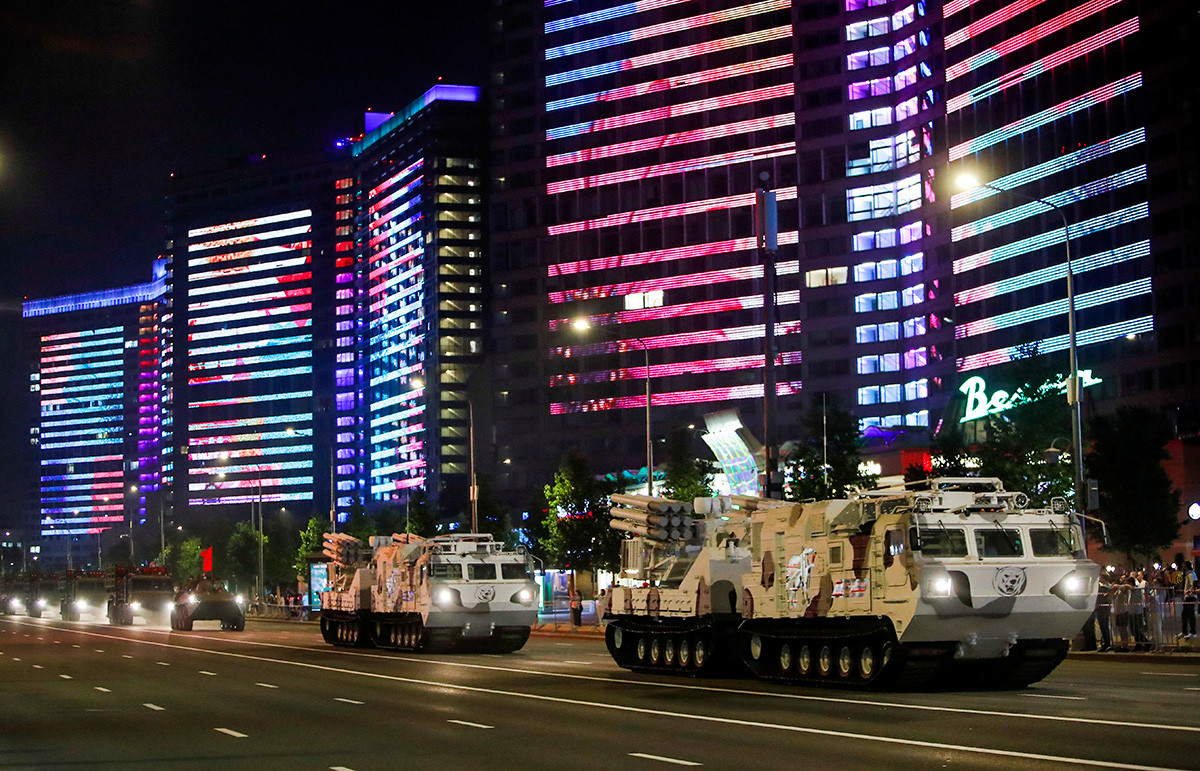 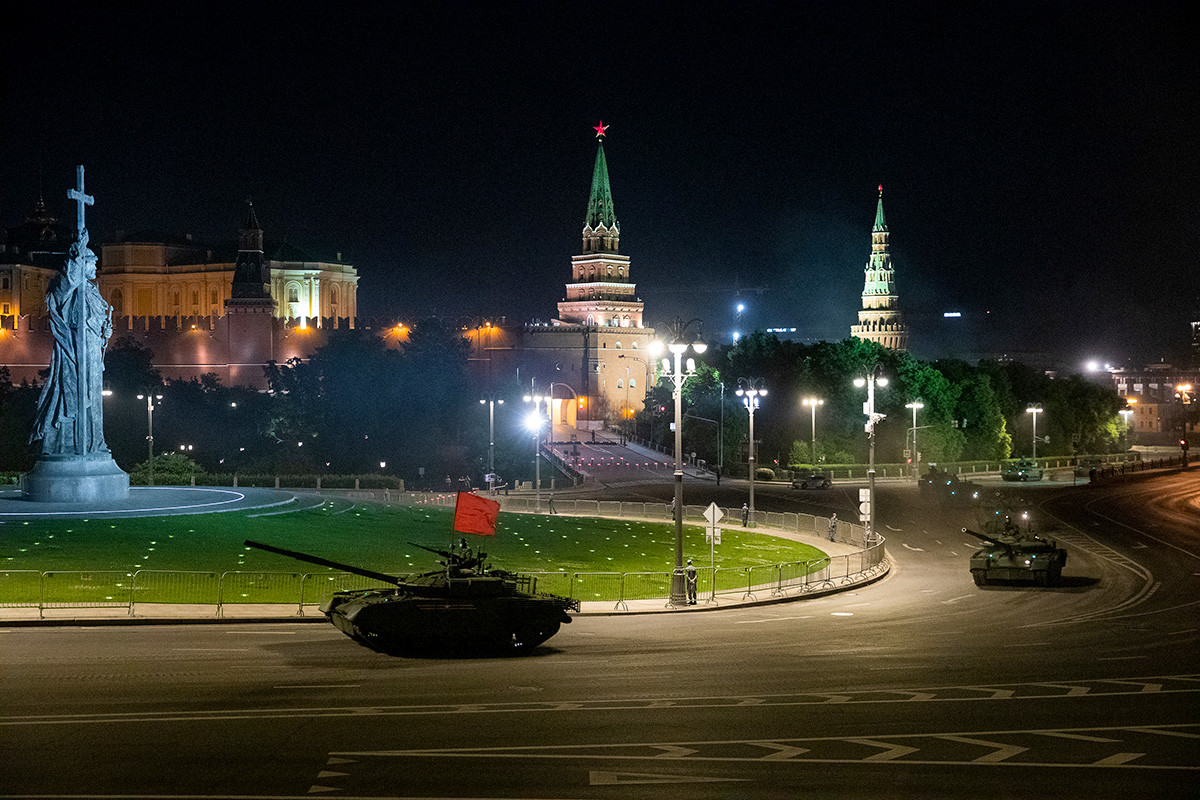