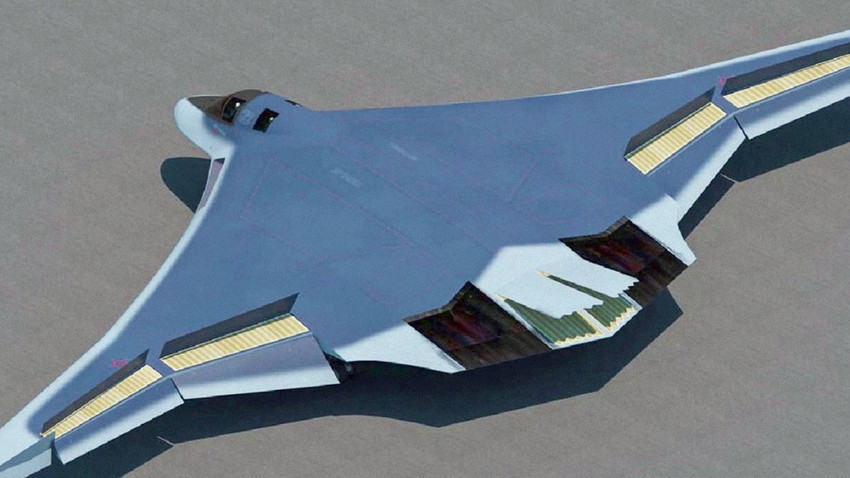 PAK DA Stealth Bomber Prototypes - - - Screenshot PowerRossiya/YouTube
The monster is to be equipped with nuclear missiles able to reach distances of up to 5,000 kilometers (3,106 miles).

At the end of May, Russia began the construction of the first experimental unit of the so-called ‘Prospective aviation complex for long-range aviation’. To put it simple, a new era strategic bomber coded ‘PAK DA’, capable of using intercontinental nuclear missiles without leaving homeland territory.

According to Russian media, currently, engineers have already completed the construction of the pilot cabin, while the whole plane will be completed as soon as in mid 2021. And the coronavirus pandemic has not slowed down the construction timeline.

Construction of the ‘prospective aviation complex for long-range aviation’ is coded as “top secret”, so we can only reveal the information its creators (the Tupolev aviation corporation) has revealed up until now. 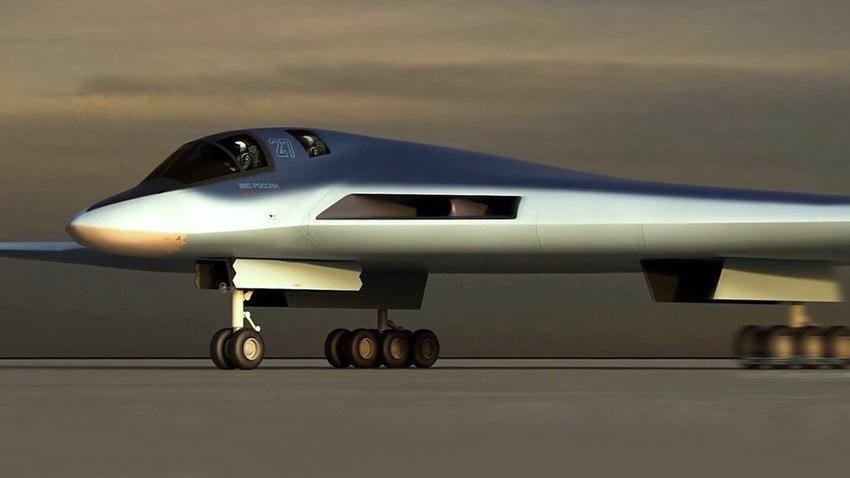 The machine will be built according to the “flying wing” scheme (without the tail unit and a fuselage that is separated from the wings) and will be able to fly at subsonic speeds of up to 1,190 km/h; 740 mph). This is significantly less than the speed of the Tu-160 strategic bomber that the new PAK DA is supposed to replace in Russia’s air force.

“Previous era strategic bombers Tu-160 were created with the purpose of breaking through an enemy’s air defense system. Thanks to their supersonic speed and flight characteristics, they can go out into the stratosphere to avoid the enemy’s fighter-interceptors and anti-aircraft missiles and then easily drop bombs on enemy territory. Meanwhile, the new era PAK DA will be able to shoot nuclear missiles without leaving Russia’s airspace,” says Professor Vadim Kozyulin of the Academy of Military Sciences.

Today, Russia’s air force has received the powerful X-555 and X-101 long-range missiles that can fly 5,000 km (3,106 mi.), which is why there is no more need for such long-distance bombers. Now the strategic bomber can carry out its mission basically without leaving Russian borders and remaining under the protection of air defense systems.

Also, the weapon will be placed within the plane, while the body will be made of Stealth radio-absorbing materials.

The expert also states that each PAK DA will carry up to 40 tons of ammo, as all other modern strategic bombers.

“It will have all types of nuclear and conventional bombs: armor piercing, penetration, cluster and others,” Kozulin concludes.

According to media reports, each PAK DA plane allegedly fly for up to 30 hours without refuelling in temperatures ranging from -60 to +50 degrees Celsius.

Each plane’s minimum service life time is supposed to be no less than 12 years, with prolongation to 21 years after service maintenance procedures.