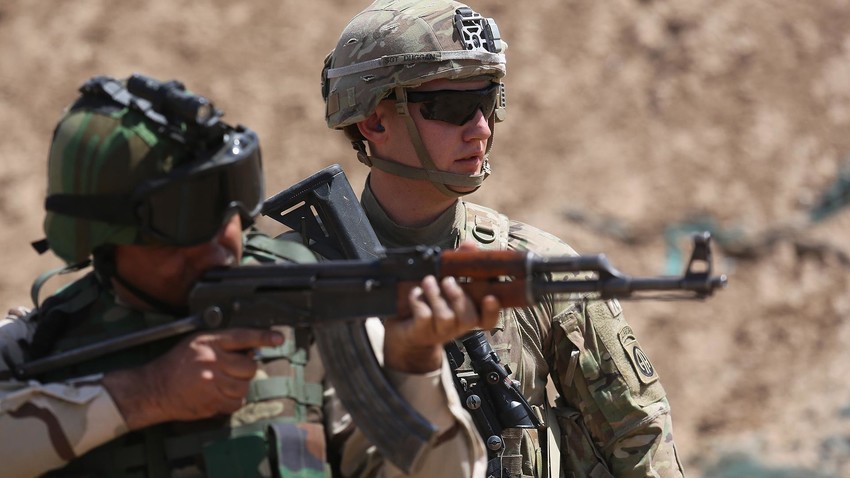 Getty Images
The country’s getting its Spec Ops troops ready for battles in Middle Eastern arenas swarmed with AKs and other Soviet weapons.

The U.S. Army Contracting Command posted a notification on the U.S. government’s main contracting website, asking for information from contractors about their ability to produce and deliver Non-NATO commercial ammunition.

According to a recent notice, the U.S. Army is looking to acquire special ammunition for Russian-made assault rifles, pistols, sniper rifles and machine guns.

According to the general specification from the notice, the U.S. Army is looking to buy small-caliber ammunition for Makarov and Tokarev pistols, AK-47 assault rifles, PKM and YaKB / DshKM machine guns and SVD Dragunov sniper rifles. 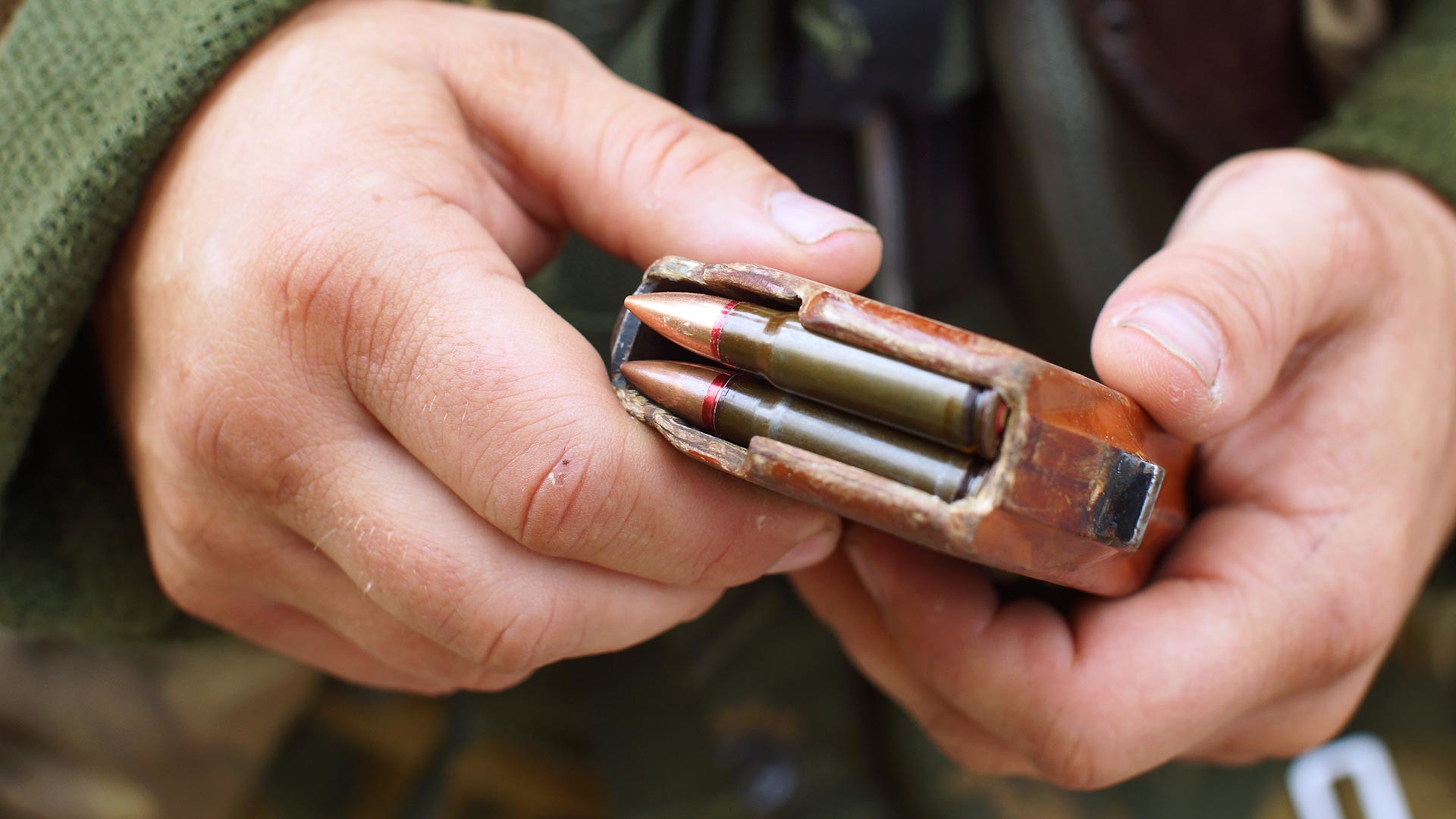 “The military command trains Spec Ops groups have to operate Soviet-made weapons in cases when their M-4s run out of ammo and they still have to fight terrorists.” according to a source in the Russian special operation forces.

He says it’s standard procedure for all units prior to ‘business trips’ in war zones.

“Here in Russia, we also train with NATO-made H&K and M-4 assault rifles and pass numerous drills with these kinds of weapons. It’s a common thing to run out of ammo during operations abroad and then having to pick up your enemies’ weapons to fight. In real battles, milliseconds count, so you have to be a perfect M-4 and AK-47 operator to survive combat,” he says.

According to him, all former Soviet ammo will be produced and bought on American soil and will not be transported from Russia, due to sanctions and weapon delivery restrictions imposed after Russia’s annexation of Crimea. 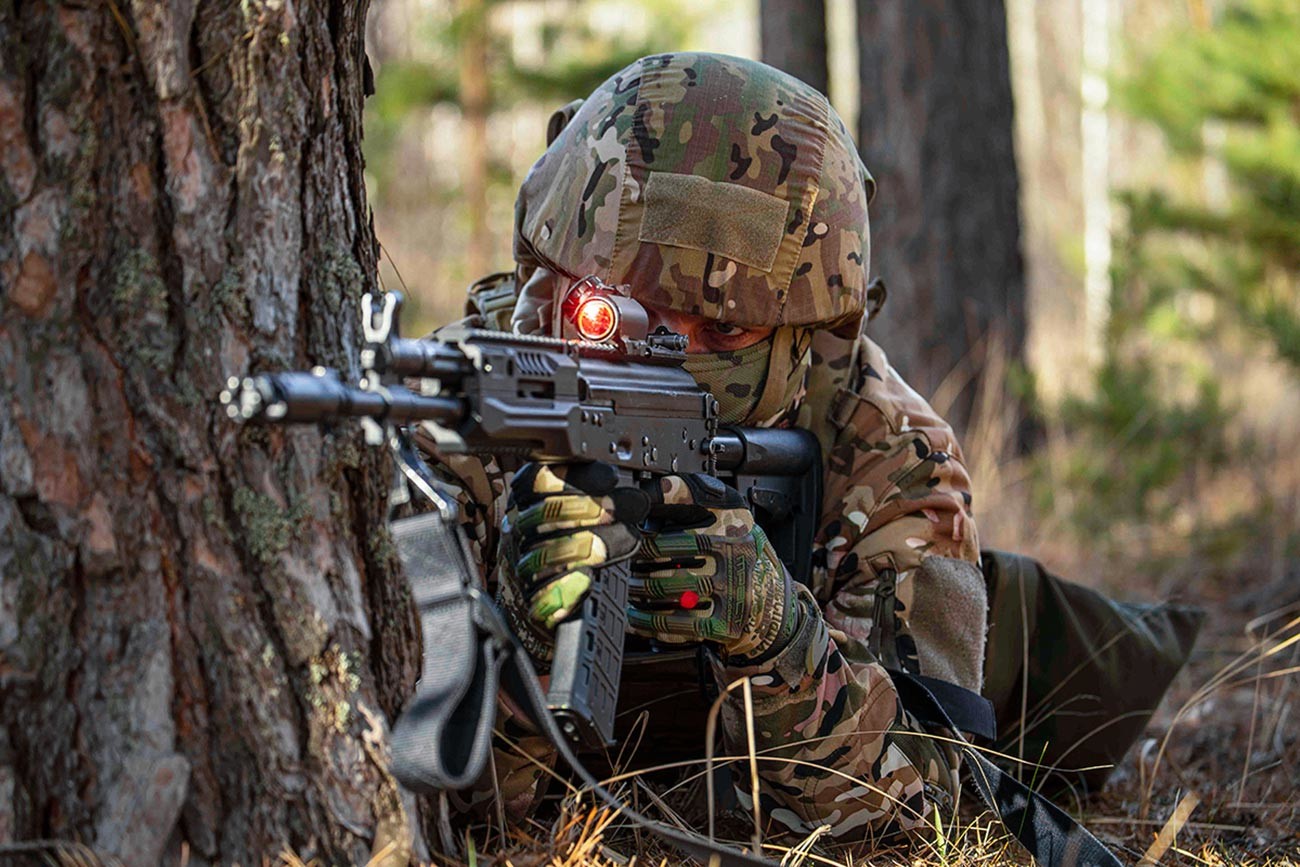 “ The American weapon market lacks our latest AK-12s, but still has a number of Soviet made rifles delivered from CIS republics. Russian-made AKs are still of great value. Yet, they can’t get their hands on our latest developments,” the officer says.

The first batch of Russian made AK-12 was firstly presented this January during the ‘Shot Show 2020’ exhibition in Las Vegas, yet there are still no concrete contracts with U.S. weapon stores, due to sanctions imposed by the U.S. government.

“It’s still unclear when they will be able to get their hands on the AK-12s that we’re using now. There’s a possibility of delivering these systems via third parties and countries, but it’s unknown whether or not they will be available to U.S. customers,” he concludes.

You can read why the AK-12 is so special and what its main advantages and disadvantages are compared with the American made M-4 here.