What do Russian and U.S. tactical nuclear arsenals look like today? 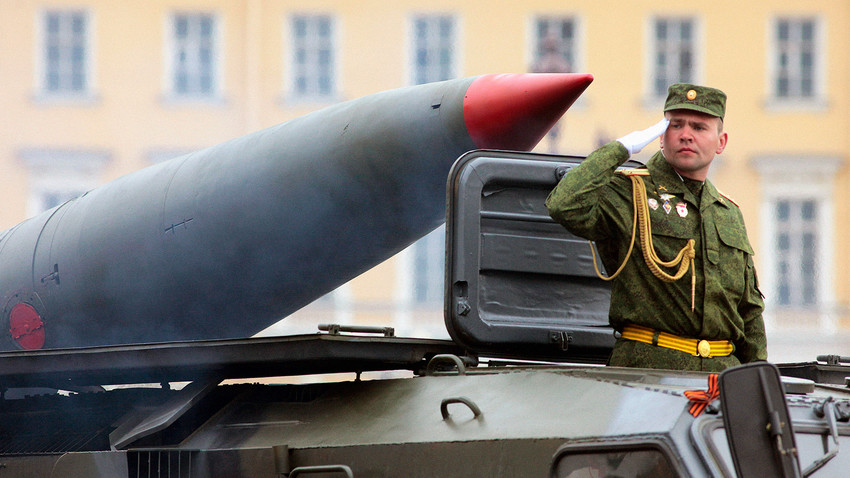 Tactical nuclear weapons are meant to be used in battles on frontlines and a dozen kilometers beyond it. They are much smaller than strategic ones, yet remain one of the deadliest means of war ever created.

“Both the Soviet Union and the United States experimented with nuclear armaments,” says professor Vadim Kozyulin of the Academy of Military Science. “Each country researched the possibility of adding a low-yield nuclear charge to rifle saws, anti-infantry and anti-tank mines, as well as tank projectiles and various artillery shells.”

According to Kozyulin, such weapons have still never been used in a combat situation, as the radioactive fallout and contamination of the surrounding area would simply end the assault by killing your entire attack troops together with the enemy.

“One of the key differences between tactical and strategic weapons lies in the fact that the former isn’t regulated by any international treaty. For instance, nuclear warheads for intercontinental ballistic missiles, submarines and nuclear bombers are capped at 1,550 units and 700 carriers in Russia and the United States,” the expert adds. “As for how many ‘smaller’ nuclear warheads each country can have, that part is not covered.”

The world’s powers still can’t come to an agreement on the matter, moreover, both are presently also trying to legally lower the threshold for their use. Simply speaking, it’s how high the threat level must be before a low-yield tactical nuclear weapon can be deployed in a regional conflict. 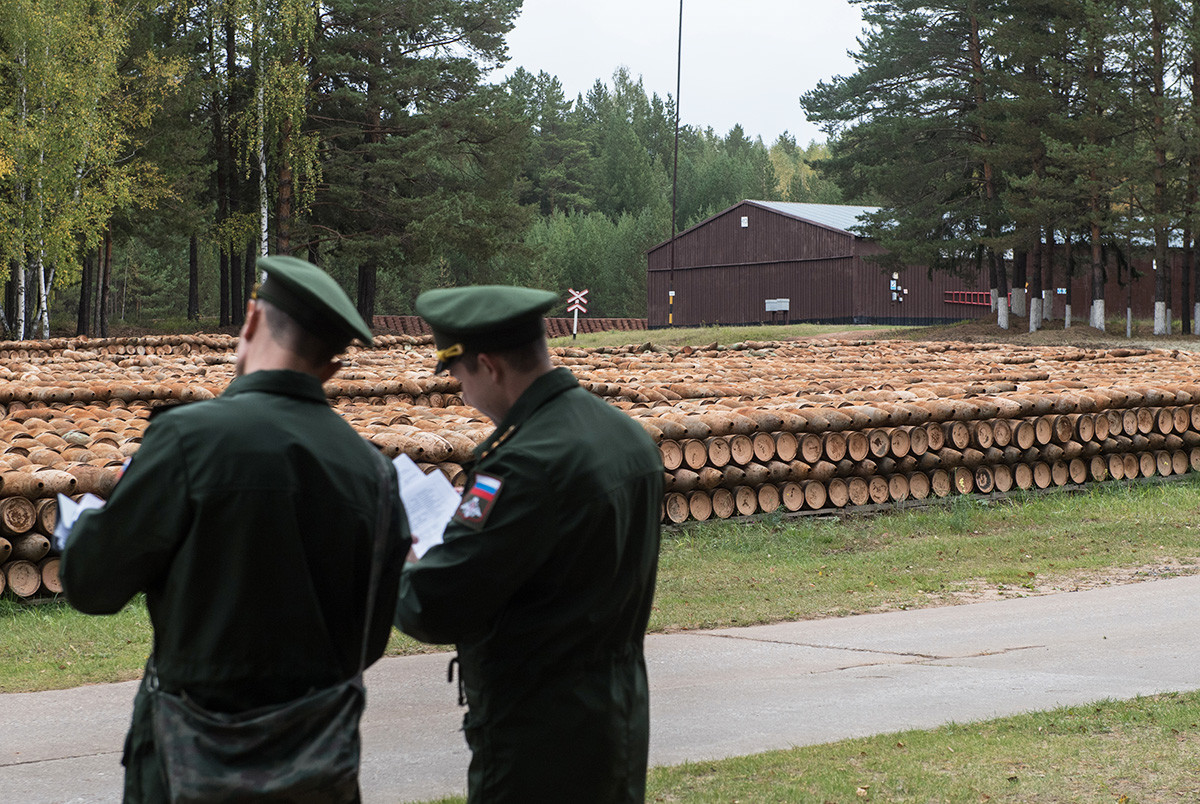 “The American arsenal could have up to 20,000 tactical warheads, while Russia has no more than 2,000,” says Vladimir Dvorkin, a retired General-Major and former head of the 4th Central Research Institute at the Ministry of Defense.

According to him, in the early 1990s, the Russian arsenal consisted of warheads and air bombs for the ‘Oka’, ‘Tochka’ and ‘Luna’ missiles. Aside from those, Russia also had hundreds of warheads for anti-ship and submarine missiles, as well as anti-air and anti-missile defense ones, nuclear mines and large-caliber artillery shells.

“We started to unilaterally decommission them when the arms race had ended,” he says, adding that we might see countries once again growing their nuclear arsenal in the near future - a direct outcome of the new U.S. military doctrine.

“The document also talks of the role of low-yield nuclear charges for use in local conflicts. Americans are claiming that this is being done as a deterrent, to bolster defenses against the use of tactical nuclear warheads by other actors,” the analyst added. 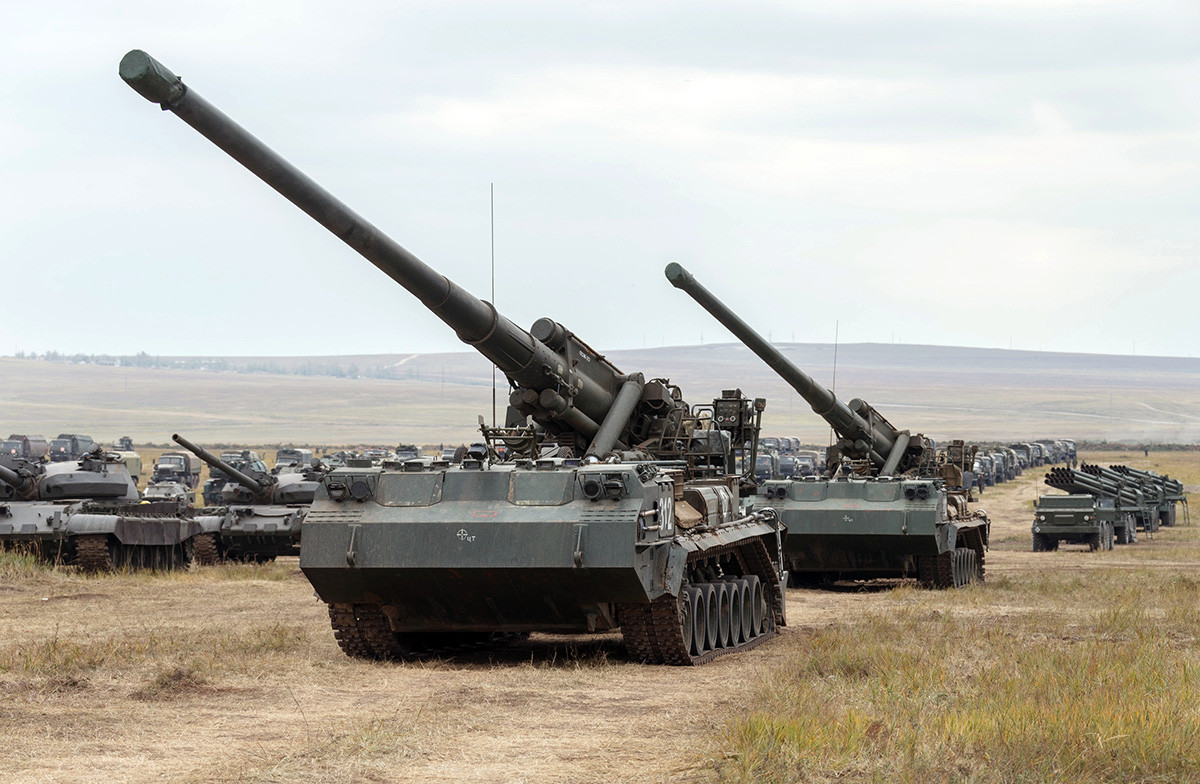 According to Kozyulin, at present, the U.S. is modernising its BGM-109 Tomahawk cruise missile - one that can be used to carry a warhead. The threat to Russia lies in the fact that the warheads are stationed at the new American base in the town of Redzikowo, in northern Poland, where the U.S. has set up its national missile defense complex.

“Following claims of reducing the nuclear threshold, as well as the appearance of these missile complexes near our borders, Russia has begun returning its large caliber 2S4 ‘Tyulpan’ artillery complexes, for use with 240-mm shells, and 203-mm 2S7 ‘Pion’ howitzers,” Kozyulin says. “Before the breakup of the USSR, they were based in the western part of the country, intended for repelling a NATO offensive by pummelling it with nuclear mines.”

The expert adds that Russia’s defense ministry is also considering other options in the case of a rising threat from attacks using ‘Iskander-M’ tactical nuclear warheads.

“The military can also repurpose the ‘Kalibr’ sea-based cruise missiles, as well as the ‘Kinzhal’ anti-aircraft ones, for use with similar nuclear warheads. We’ll see how the situation develops, but our command does have the capabilities, and they’re currently being discussed,” Kozyulin says.