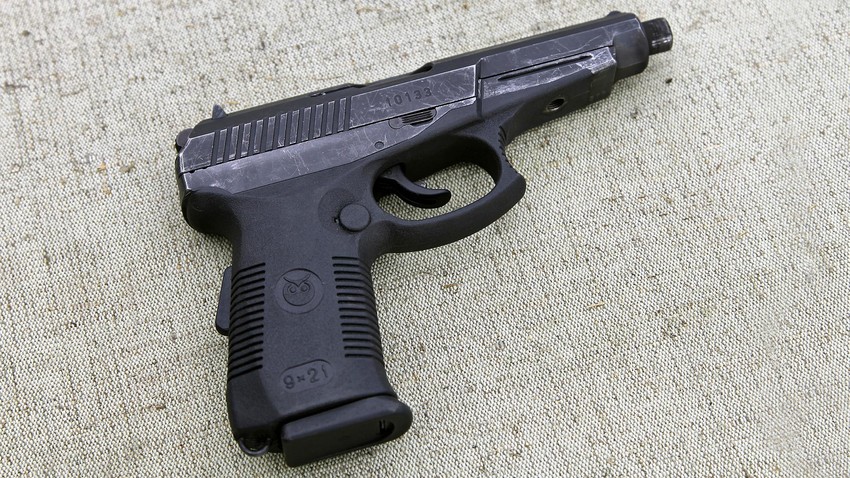 Vitaly V. Kuzmin/vitalykuzmin.net
This gun has enough firepower to pierce 30 layers of kevlar, which made it the weapon-of-choice for the Russian president’s personal guards.

In the mid 90-s, Russian engineers living in the Moscow suburbs decided to create an analogue of an elegant yet powerful pistol of that era - the famous Italian Beretta that’s still widely used not only by SpecOps units operating in urban areas, but also by officers guarding the countries’ leaders.

However, the constructors decided to make their upcoming creation more powerful and effective in close combat. The result surpassed their greatest expectations, as the newly arrived  SR-1 Vektor (also known as ‘Gyurza' in Russia) was immediately adopted by Federal Protective Service (the people guarding Russian presidents). The trouble is that it was also banned in the U.S. due to its drastic firepower. 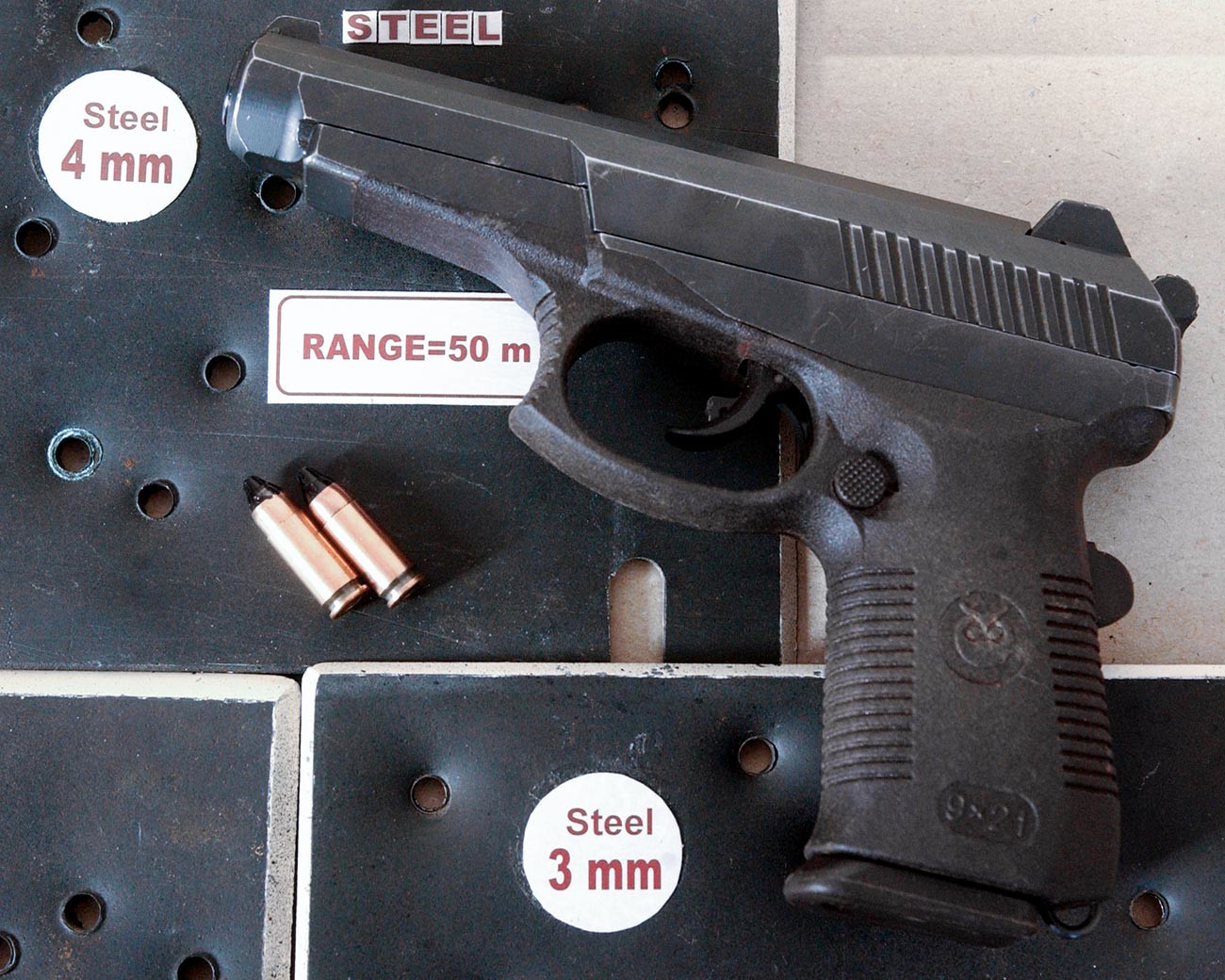 The new gun is designed for a more powerful 9x21mm cartridge, which gives it an edge over existing 9x19mm models, such as European Beretta and Glock 17 pistols. In terms of ammunition, the SR-1 also outguns even modern Russian pistols on duty such as the Yarigin and Makarov.

To be more specific, the standard armor-piercing ammunition used by the newly appeared SR-1 was able to pierce 30 layers of kevlar - the most widely used body armor filler of the 90s. It was also able to pierce a 4 mm sheet of steel from a distance of 50 meters. This cartridge gives operatives defending the Russian president an edge in a potential shootout in close urban spaces.

Yet with these advantages also come setbacks. The cartridge has enough firepower to penetrate even modern body armor plates, but potentially hit an innocent passer-by, having gone through the enemy.

“Federal Protective Service protocol doesn’t factor in possible ‘friendly fire' issues. Personal guards pass training to avoid such casualties, but their main focus is on protecting the leader of state at all costs, no matter what. Therefore, it is unlikely that there will be anything more than an internal investigation in case of unexpected casualties, with no severe consequences if the leader is safe,” editor-in-chief of ‘Homeland Arsenal’ magazine Viktor Murahovsky, told Russia Beyond .

According to the expert, this excess in firepower is not a concern for Russian officers in domestic circumstances, yet becomes an issue during foreign trips, as a number of countries banned this pistol from use on their territories.

“Americans don’t allow Russian SpecOps to use SR-1 on their territory due to this firepower, and the Federal Protective Service guys have to operate with 9x19 mm Yarigin pistols during their foreign trips”, Murahovsky added. 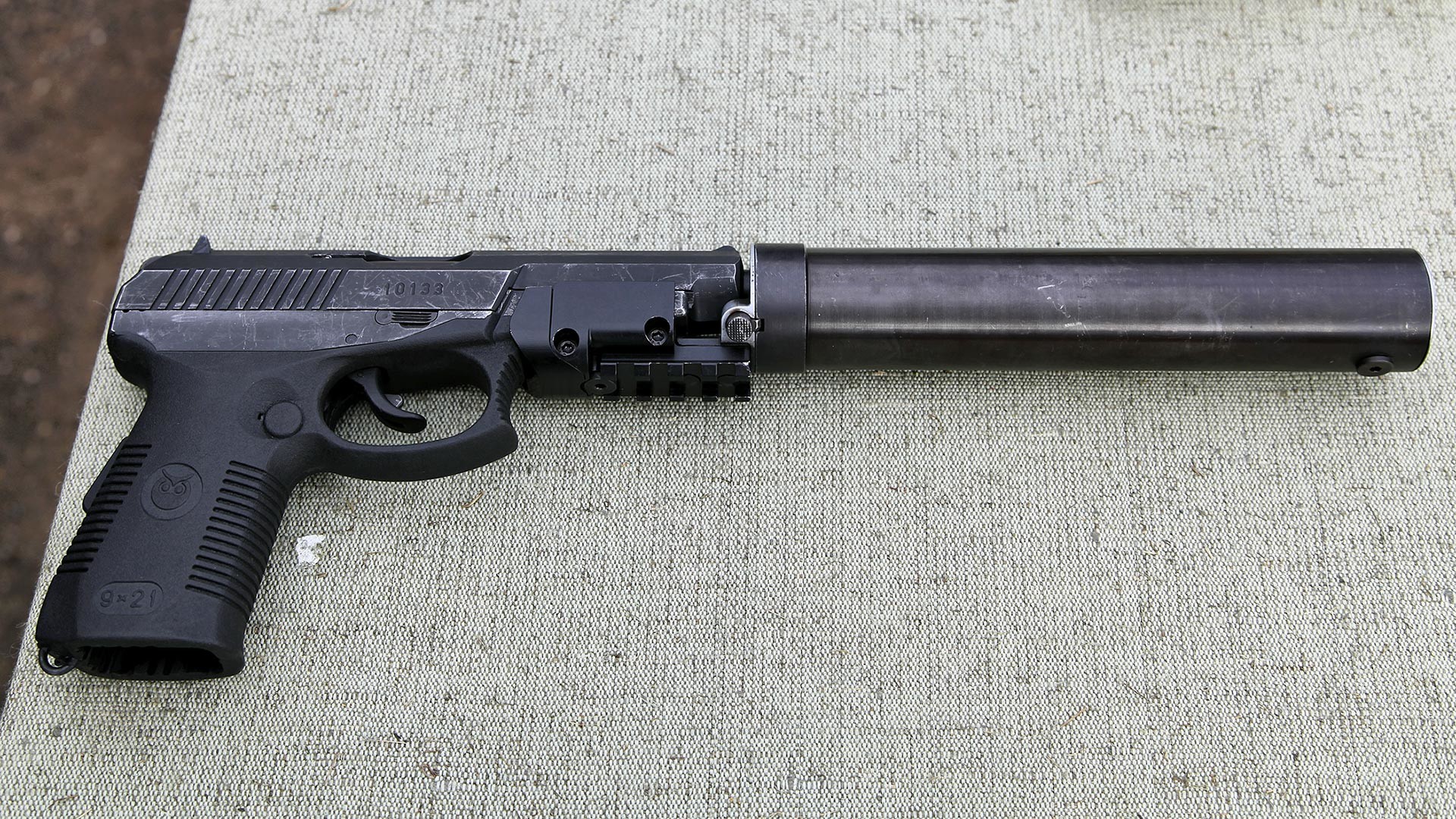 I personally witnessed the SR-1’s might during one of my business visits to the workshop where it was made - the TsNIITochMash industrial design bureau.

If we take into consideration the ergonomics and design, it has to be said that this weapon didn’t become an example of style and elegance as the Italian Beretta did. SR-1 is made of heavy and rough metal alloys with ‘minced' angles. A regular shooter with an SR-1 also lacks speed compared to a guy with a Glock 17 or a Beretta, due to the SR-1’s increased trigger travel.

Meanwhile it has a huge edge over the elegant ‘Europeans' in matters of reliability. The SR-1, just as the AK-47, was created to operate in any conditions, be they tough or downright unimaginable. Each pistol passes a number of drastic ‘dirt shooting tests’ - for example, after spending an hour in a machine imitating sand storms, another imitating tropical rain, and an hour later, in a ‘refrigerator' that imitates northern temperatures down to -65 degrees Celsius. If a pistol doesn’t pass any one of these tests, it becomes scrap metal.