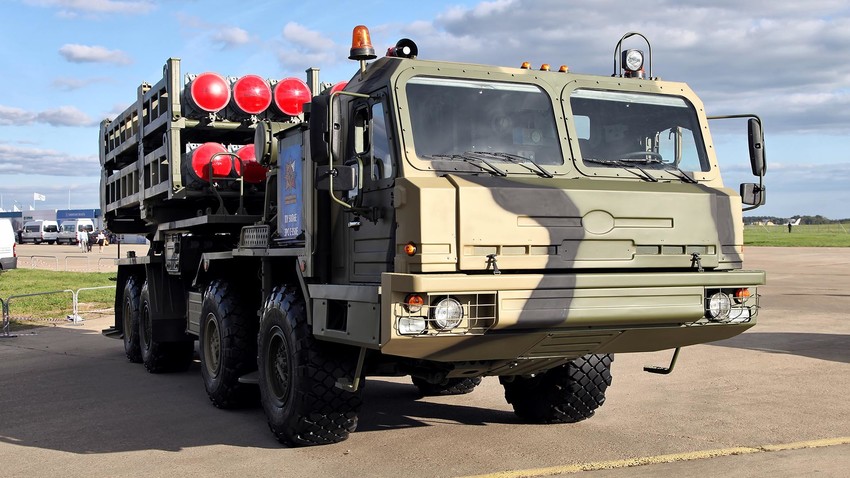 Vitaly V. Kuzmin/vitalykuzmin.net
These metal monsters are already protecting Russia’s borders, and will roll across Red Square for the first time at this year’s Victory Parade.

Over 14,000 troops, accompanied by 300 pieces of military equipment, will take part in the commemorative event. As announced by Russian Defense Minister Sergei Shoigu, up to 20 new and upgraded weapons systems will trundle over the paving stones. 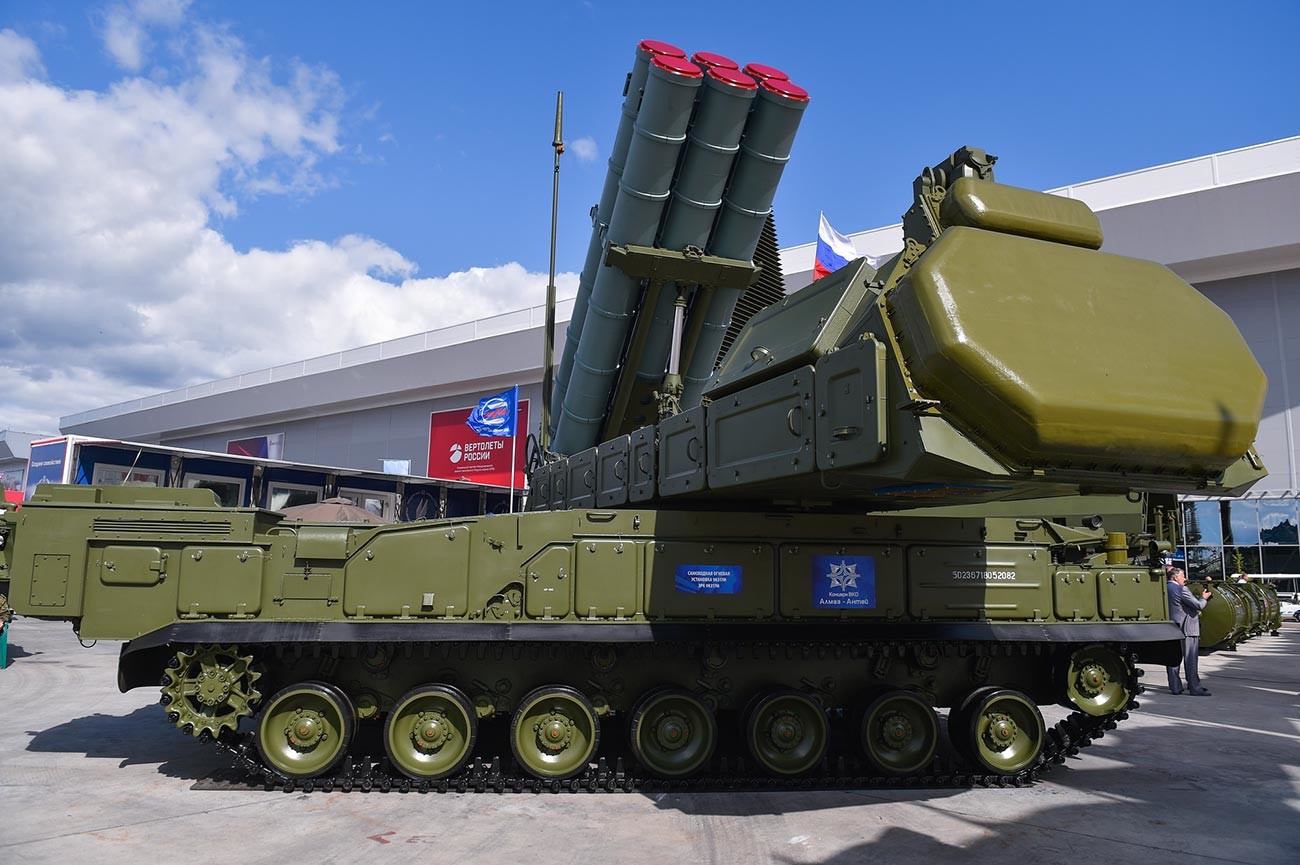 This all-weather tactical missile system was created as the “last air defense frontier.” It covers objects at close range if, by some miracle, an enemy plane or missile slips through the S-400 and Pantsir-S1 echelons.

The Buk-M3 is capable of shooting down any aerial target at a range of 45 km. 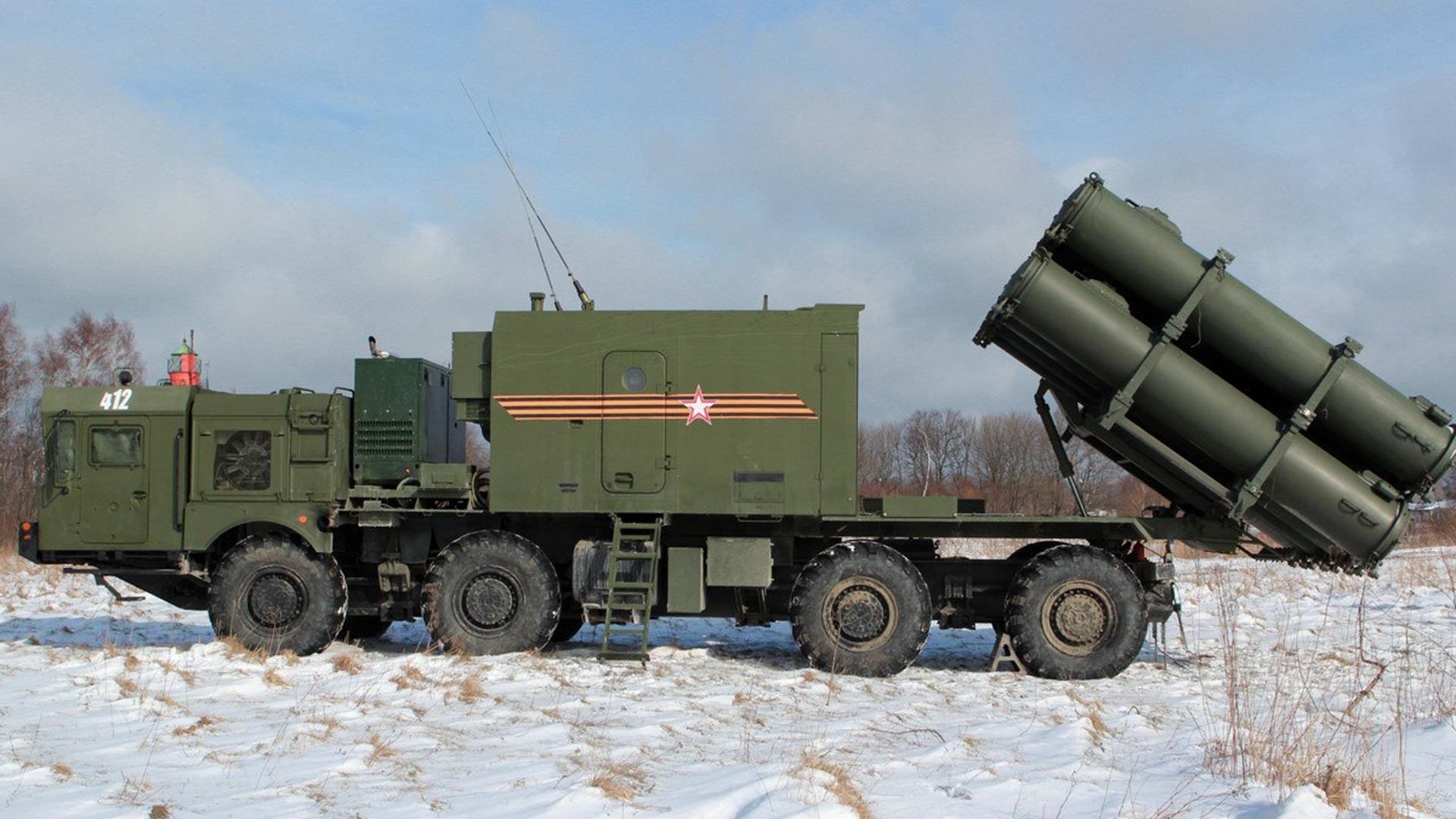 Each complex consists of up to four launchers armed with Kh-35/Kh-35U cruise missiles, each capable of hitting enemy ships at a distance of 260 km. Not only that, their 140 kg warheads can turn an aircraft carrier into marine debris. 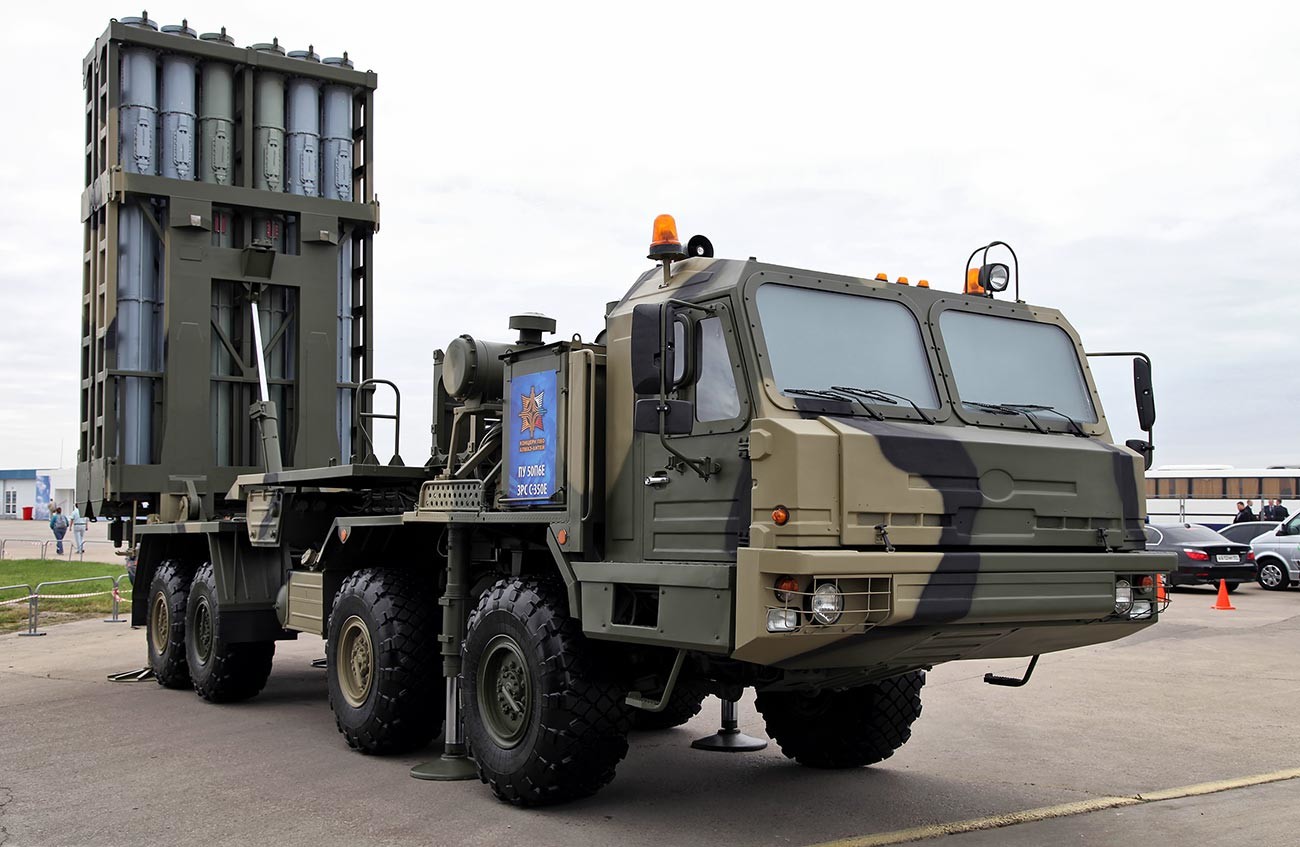 The S-350 is the new air defense shield from the Almaz-Antey arms company, which should alarm not only enemies, but also competitors in the short-range air defense market.

The creators of the S-400 believe that their latest machine can more effectively deal with approaching missiles, bombs, and hostile aircraft, and want to incentivize the manufacturers of the Tor, Buk, and Pantsir SAM systems on both the domestic and international markets. 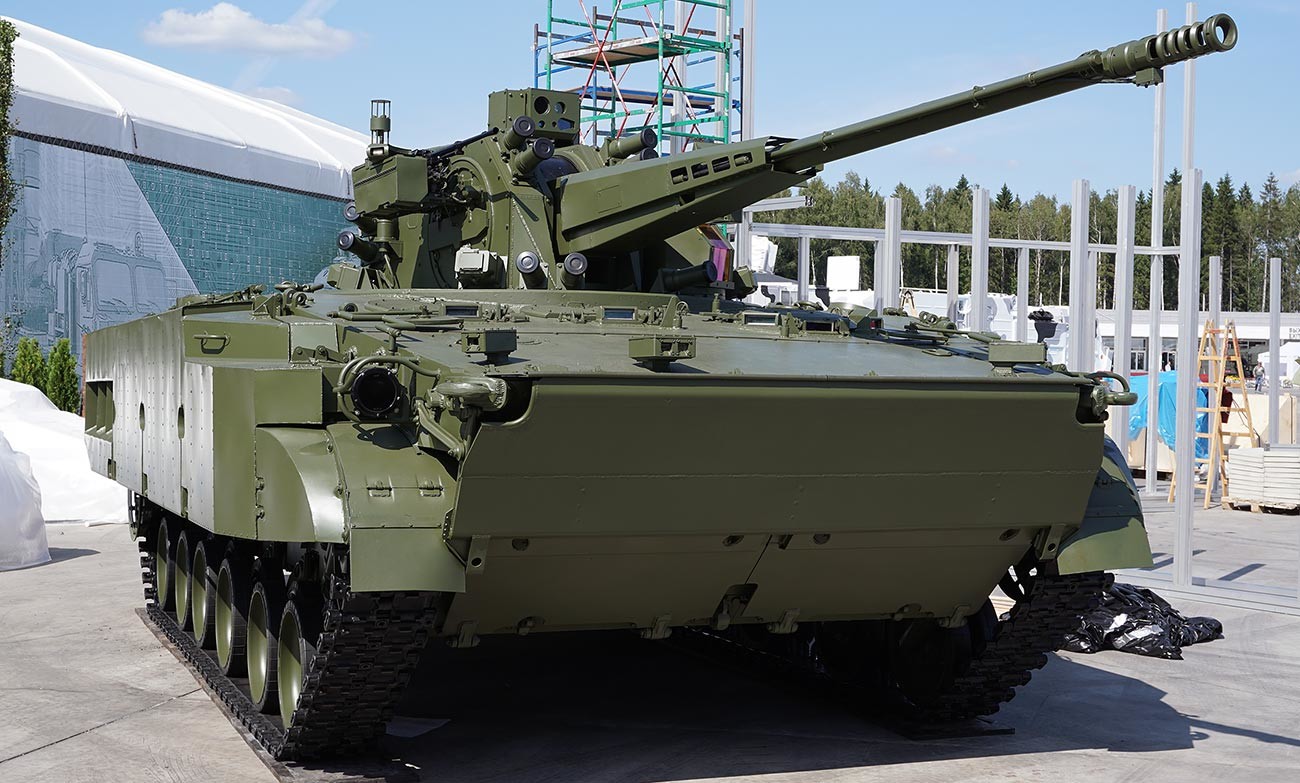 At its core, the Derivatsiya is an anti-aircraft gun based on the Armata platform and designed to take out enemy drones. It is a relatively inexpensive and effective tool for dealing with small aerial targets with onboard bombs, such as those used by militants in the Middle East.

The system features a 57-mm automatic artillery gun, plus a heavy 12.7-mm machine gun and the Kornet anti-tank missile system. 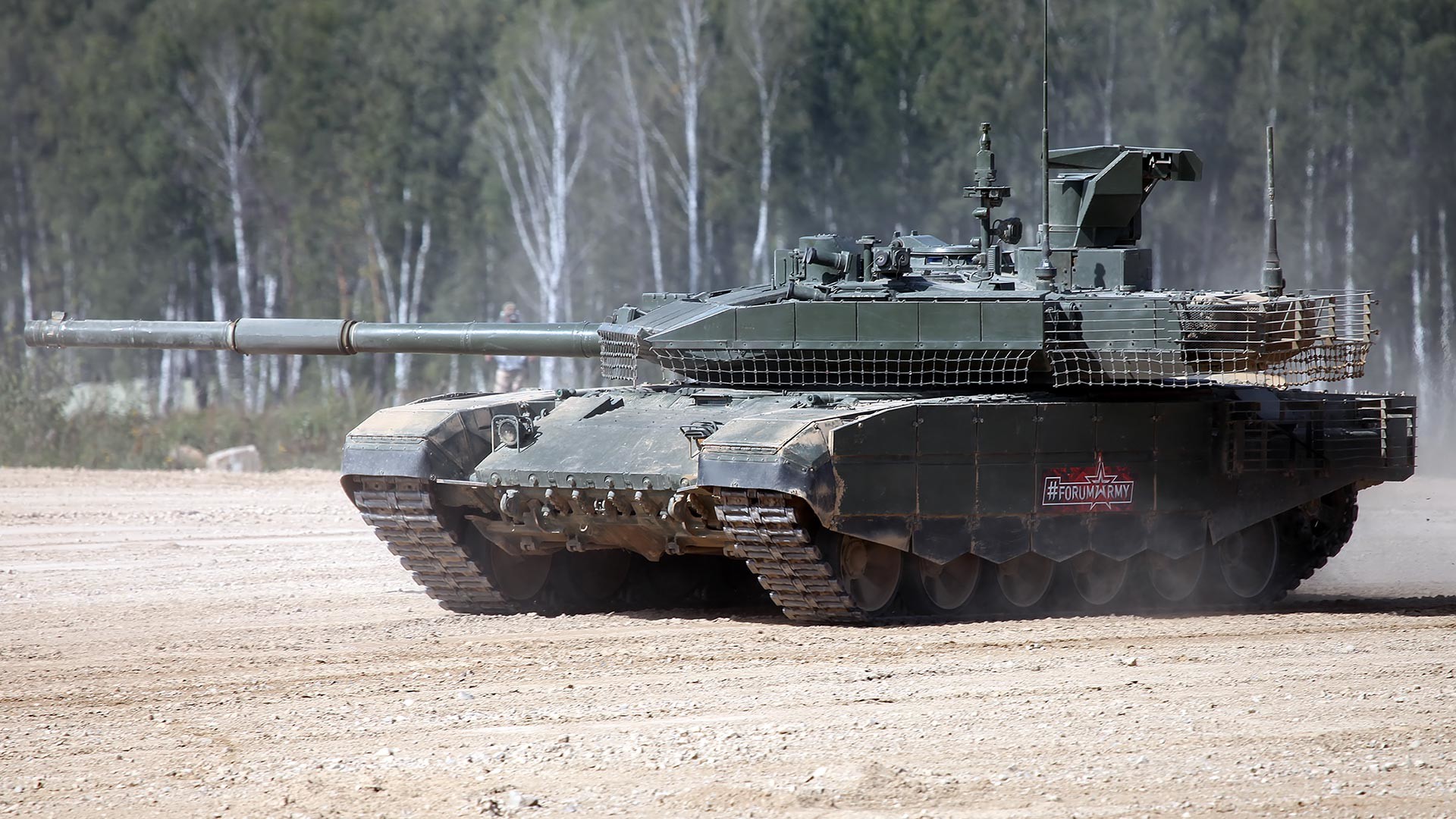 The key difference between the T-90M Proryv and previous T-90 models is the upgraded turret module, rebuilt for 21st-century warfare. It features several layers of armor, an ammunition stowage unit located outside the fighting compartment, and a 125-mm 2A82-1M gun (from the latest T-14 Armata).

The Proryv is in fact a budget version of the latest T-14 Armata for countries that want the best tank in the world, but feel the pinch in the pocket. 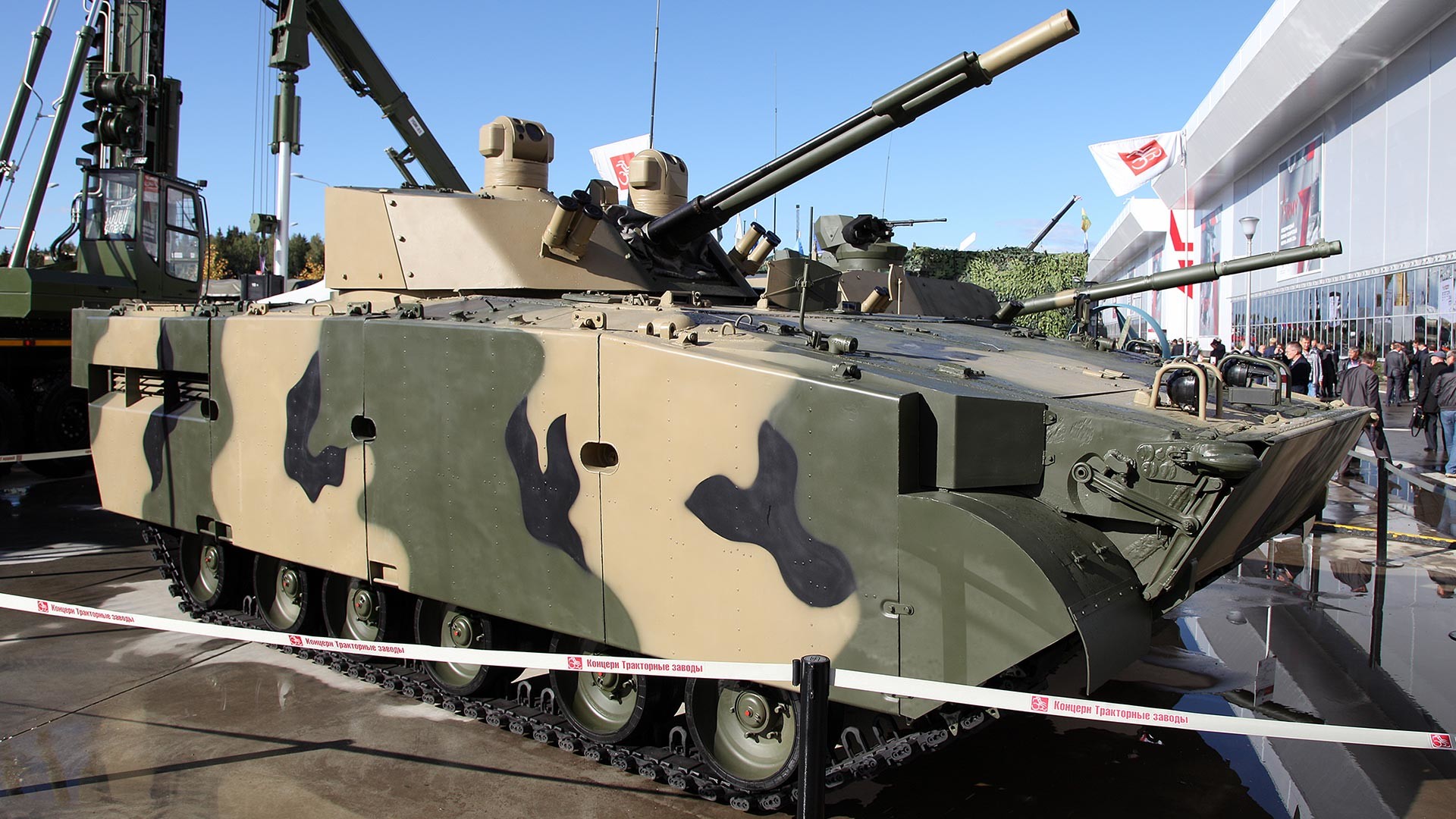 The BMP-3M Dragun is equipped with the latest fire-control system. What’s more, the vehicle can be fitted with a 57-mm, 100-mm, or 125-mm gun, the latter able to pierce the armor of any modern tank.

Inside, all vital functions are carefully monitored — from tracking the vehicle’s movements on the ground to logging fire-control system data. The latter employs an AI system that independently identifies, locks onto, and follows ground and air targets, and can also fire at them. 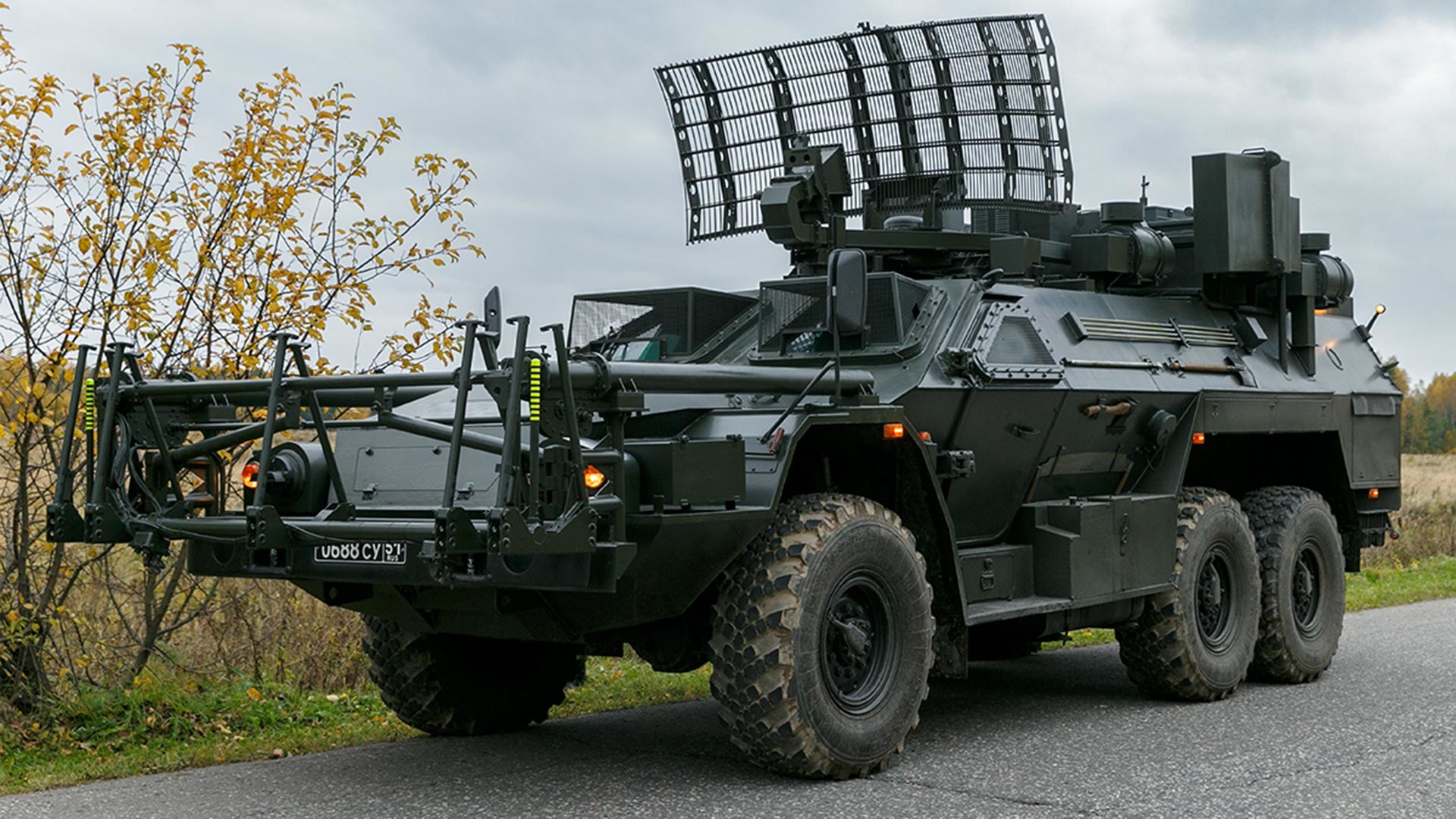 This armored car is for evacuating wounded personnel from the battlefield. At heart, it is an army ambulance capable of withstanding shelling from all types of small arms as well as mine explosions.

The Listva was created on the basis of the Typhoon family of APCs (see link to our previous article), but unlike the latter, in the main compartment behind the driver’s cabin, doctors are able to treat the injured. It can accommodate up to four people in a lying position, or six sitting.