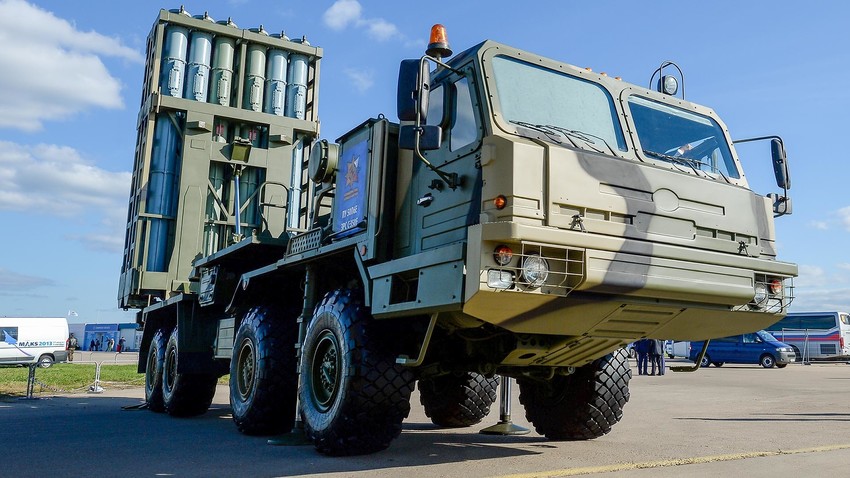 Ramil Sitdikov/Sputnik
The system is set to form the final echelon of Russia’s missile shield. It will provide a last line of defense against enemy missiles and aircraft that somehow evaded the S-400.

Named the S-350 Vityaz, the new missile defense “umbrella” is designed to eliminate low-flying cruise missiles, helicopters, and planes that somehow managed to break through the S-400 anti-aircraft echelon.

The S-350 Vityaz consists of a self-propelled launcher combined with an all-round radar and command post.

“It is especially effective against low-flying missiles and air targets that try to merge their radar pattern with the terrain to evade detection,” Viktor Murakhovsky, editor-in-chief of Arsenal of the Fatherland magazine, told Russia Beyond.

For this, he explained, the system is suppled with two medium- and short-range missiles: the first locates and destroys targets using a radar homing head, the second using an infrared (thermal) beacon.

One Vityaz division includes four launchers, each with 12 combat-ready missiles and another 24 in reserve. Hence, each anti-aircraft missile battalion will have up to 144 missiles at its disposal, making it possible to cover any facility from an all-out missile attack.

According to Murakhovsky, the Vityaz can take out an AGM-86 ALCM (air-launched cruise missile) or an ARM-158 JASSM (joint air-to-surface standoff missile), as well as repel an attack by a squadron of F-15, F-16, and F/A Hornets. However, the S-400 has to be brought in to deal with the F-22 Raptor and F-35 Lightning II fifth-generation fighters.

“An S-350 division can repel a massive strike using its missiles. This is the key difference from the S-400. The latter is designed to destroy the hardest-to-spot planes and missiles, and may not have enough ammunition for ‘simpler’ targets,” the expert added. 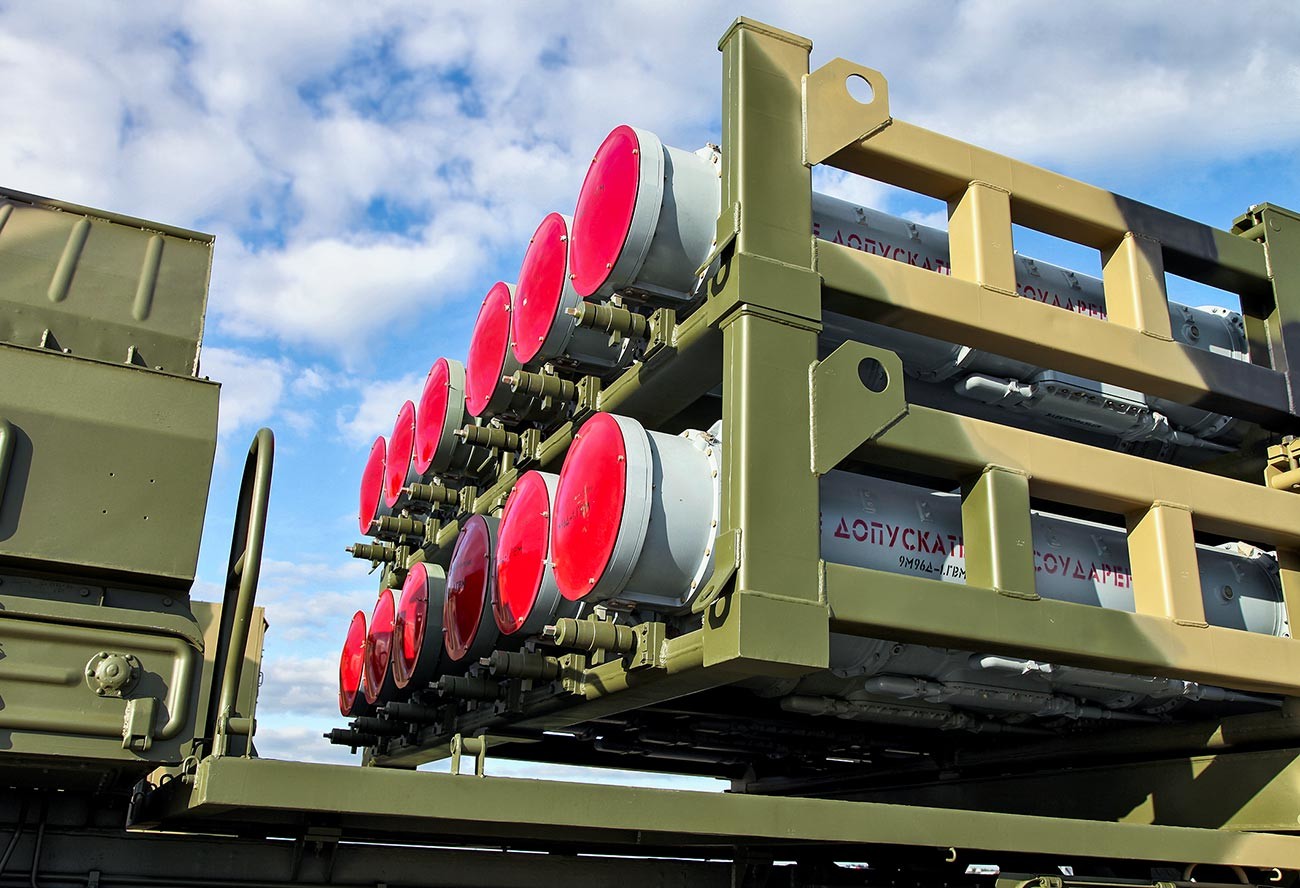 Max. no. of simultaneously fired-upon targets: 16

Max. no. of simultaneously guided missiles: 32