What medical equipment did Russia just send to the US? 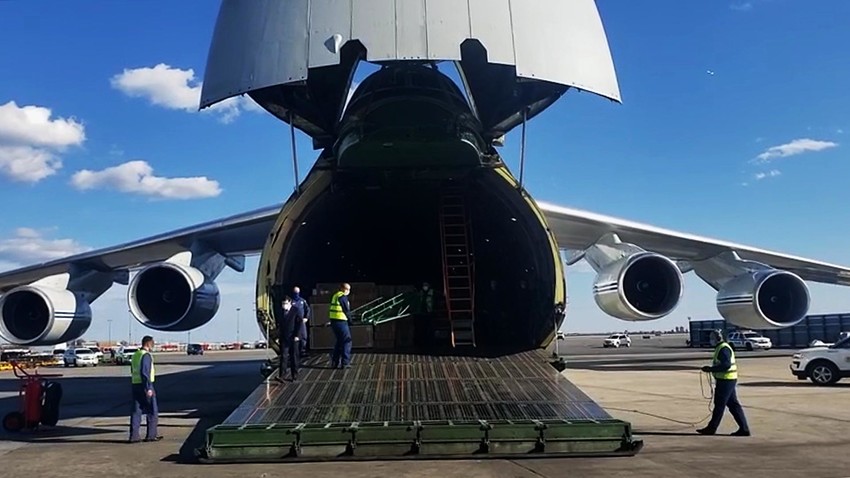 Sputnik
A Russian An-124 carrying medical equipment has landed at New York’s JFK airport amidst efforts to combat the rapid spread of the coronavirus epidemic in New York.

JFK crews on April 2 finished unloading the Russian plane, carrying supplies and equipment, such as ventilators and other assorted protection gear for American medical staff on the front lines of battling the coronavirus pandemic.

The delivery comes on the heels of a March 30 phone call between U.S. President Donald Trump and President Vladimir Putin, with the former agreeing on the purchase of the necessary supplies.

According to Russian media, the unloading procedure went smoothly, facing no bureaucratic or hurdles of any kind. 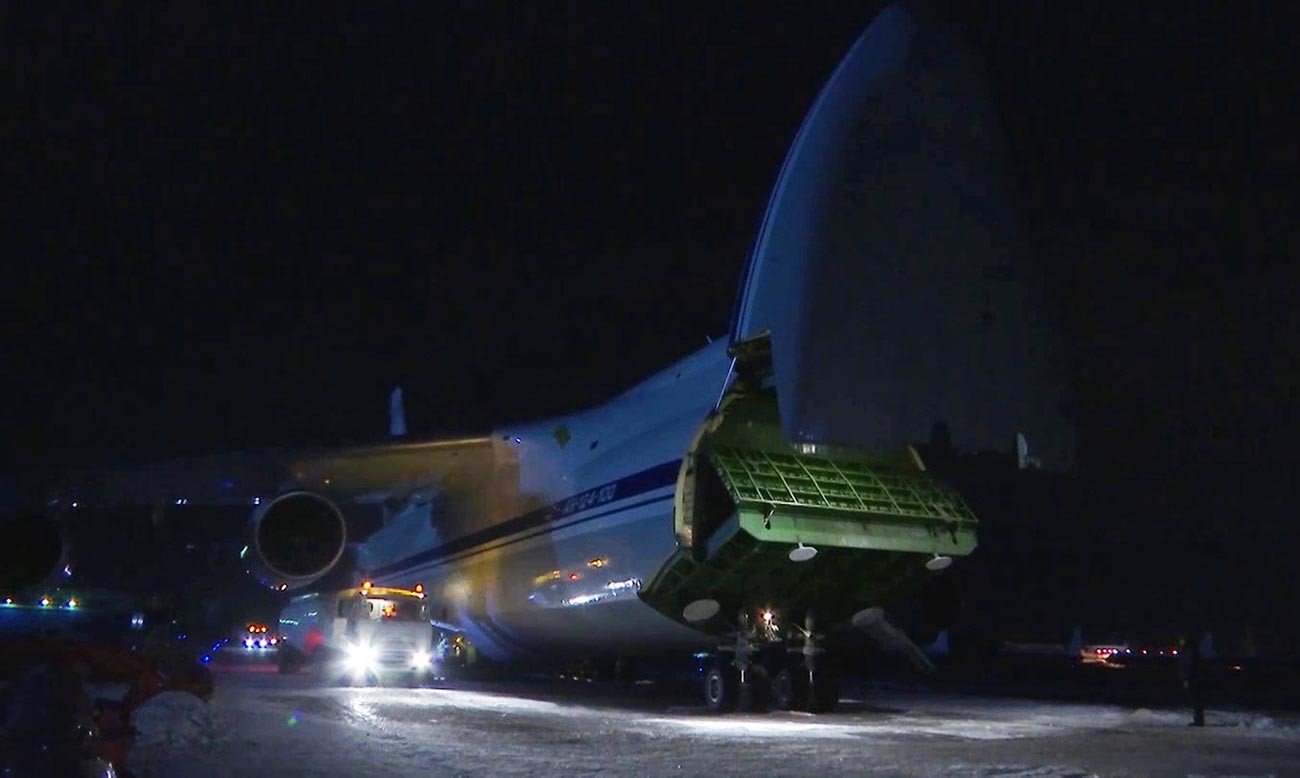 First Deputy Permanent Representative to the United Nations, Dmitry Polyansky, was at JFK to welcome the Russian crew. He told Russian media that the humanitarian aid, for the most part, consists of personal safety and protection equipment, which the doctors in New York are currently experiencing a catastrophic shortage of: “It is an extremely tough situation indeed in New York. It seems that, at present, every mask, every sanitizer is being accounted for,” he told reporters.

It’s not yet known which hospitals will be getting the equipment. According to Polyansky, local authorities are handling that end personally, and will be distributing lifesaving ventilators and other gear among the local clinics.

In case the need arises, Russia has expressed its readiness for a repeat shipment.

According to president Putin’s spokesperson, Dmitry Peskov, the rationale behind the assistance lies in the hope that the United States would reciprocate by coming to Russia’s aid, should things here escalate dramatically. “When American medical equipment manufacturers get back on their feet, they will themselves be in a position to offer return assistance,” Peskov said.

Spokesperson for the U.S. State Department, Morgan Ortagus, commented in an official statement that “both countries have provided humanitarian assistance to each other in times of crisis in the past and will no doubt do so again in the future.”

Why the U.S. is experiencing a shortage of medical supplies 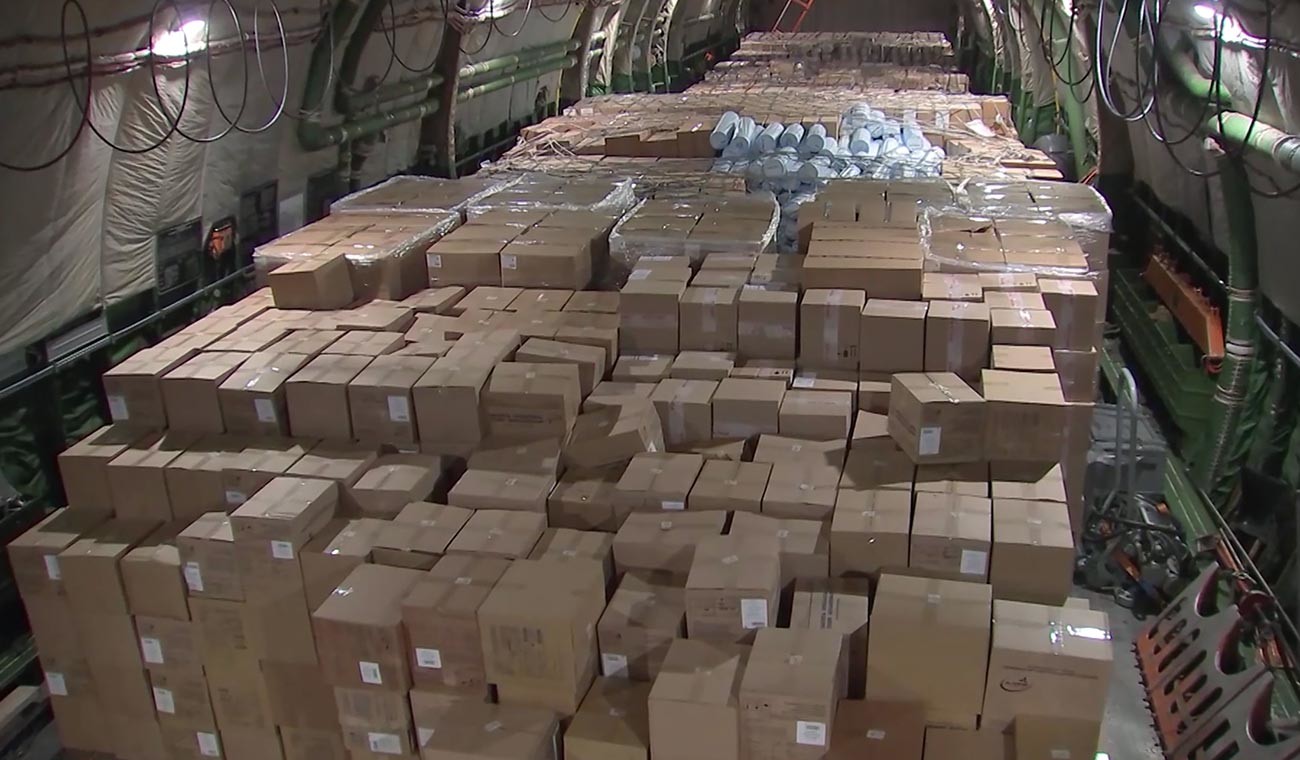 “It is no secret that the United States boasts one of the most advanced medical sectors in the world with regard to exclusive services - be it expensive procedures or curing very serious conditions on a case-by-case basis,” Editor-in-chief of ‘Russia in Global Politics’, Feodor Lukyanov, told Russia Beyond. “The coronavirus, however, pertains more to a country’s readiness to face a fairly mild, but an incredibly far-reaching contagion, as well as the acute need to address it across an entire nation. Here we discover that less developed countries turn out to be more equipped to deal with objectives of this nature.”

Lujyanov went on to say that the American system is ill-prepared to tackle a pandemic of this sort, hence the appeal to purchase the necessary equipment from abroad. The emphasis being on “purchase”, he adds, in the sense of the move being far from an invitation for a negotiation to do with relaxing any foreign policy measures currently in place.

“In the days of the 2nd World War, the United States assisted the USSR by way of the Lend-Lease Act. Everything cost money. Russia is doing the same thing here, also for money. Any discussion over potential political concessions or the lifting of sanctions is entirely off the table here,” Lukyanov adds.

The epicenter of the COVID-19 pandemic has shifted from China and Italy to the U.S. According to Trump’s senior medical advisors, the number of American casualties could potentially top 200,000 if things continue at their present rate.