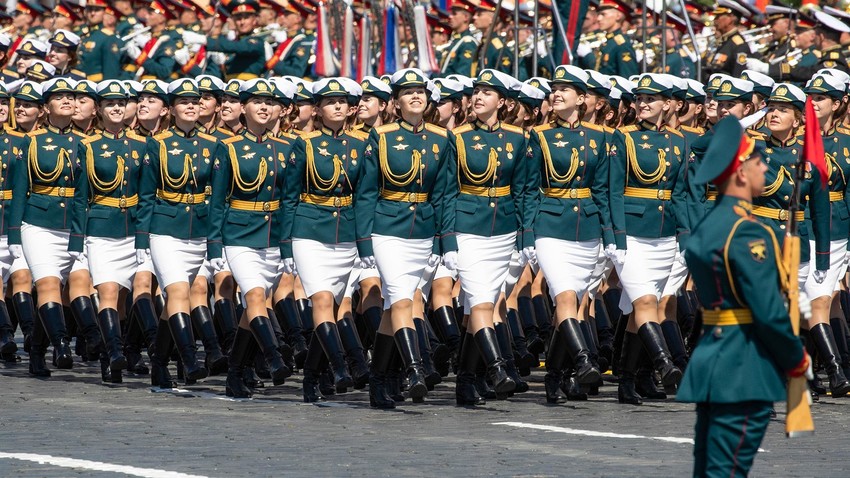 Bai Xueqi/Xinhua/Global Look Press
Moscow put on a spectacular show of Russia’s military power - on the ground and in the skies.

Russian Minister of Defense Sergey Shoigu, as in previous years, drove alongside congratulating troops prior to thousands of soldiers marching across the Red Square, as well as through the capital’s streets. 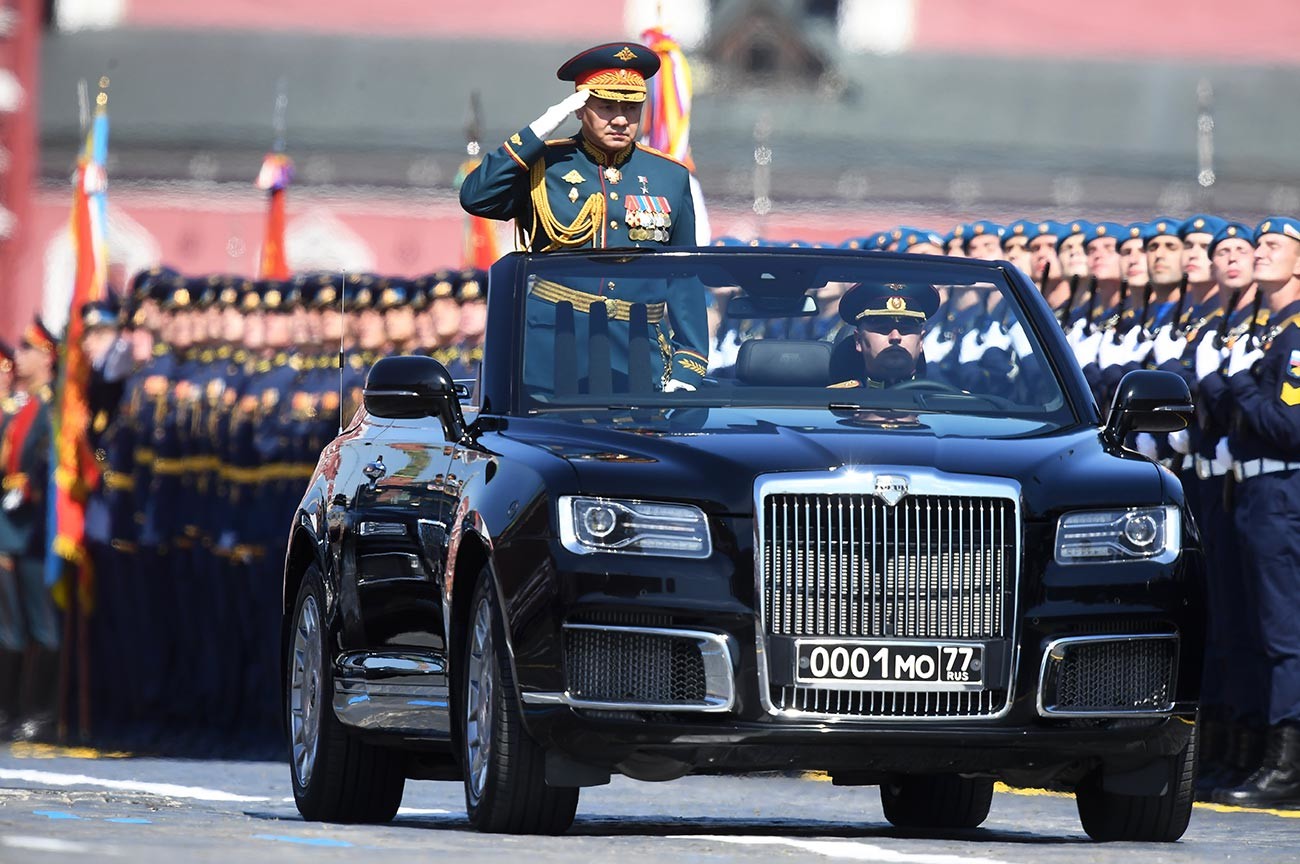 Over 14,000 troops, accompanied by more than 200 pieces of military equipment, roared through the streets of central Moscow and the Red Square on June 24, as Russia celebrated the 75th anniversary of the end of the Great Patriotic War. 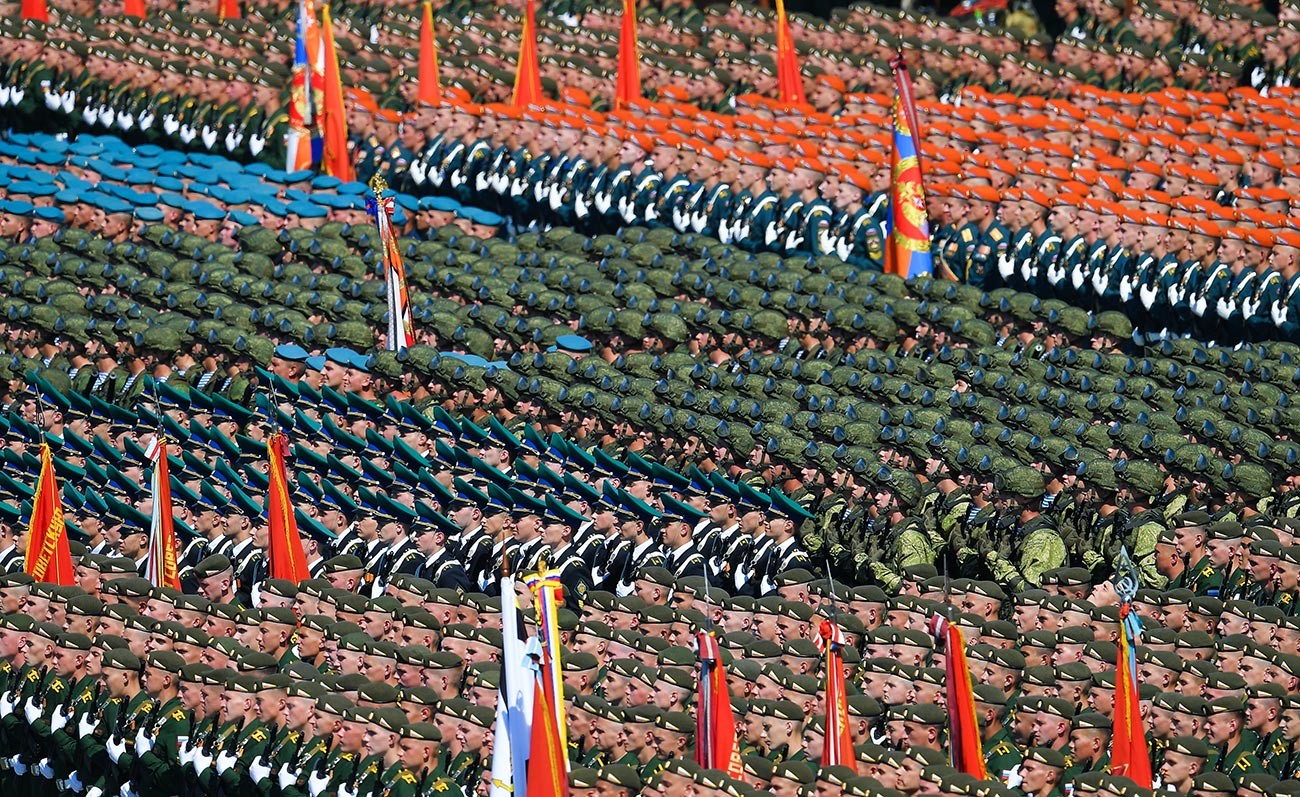 It's considered to be a real honor among Russian military men to be a part of military parades on symbolic dates. Each soldier that marched on the Red Square on such a date also receives a medal, a one week-long vacation and even additional pay (or bonus, not quite one’s month salary). 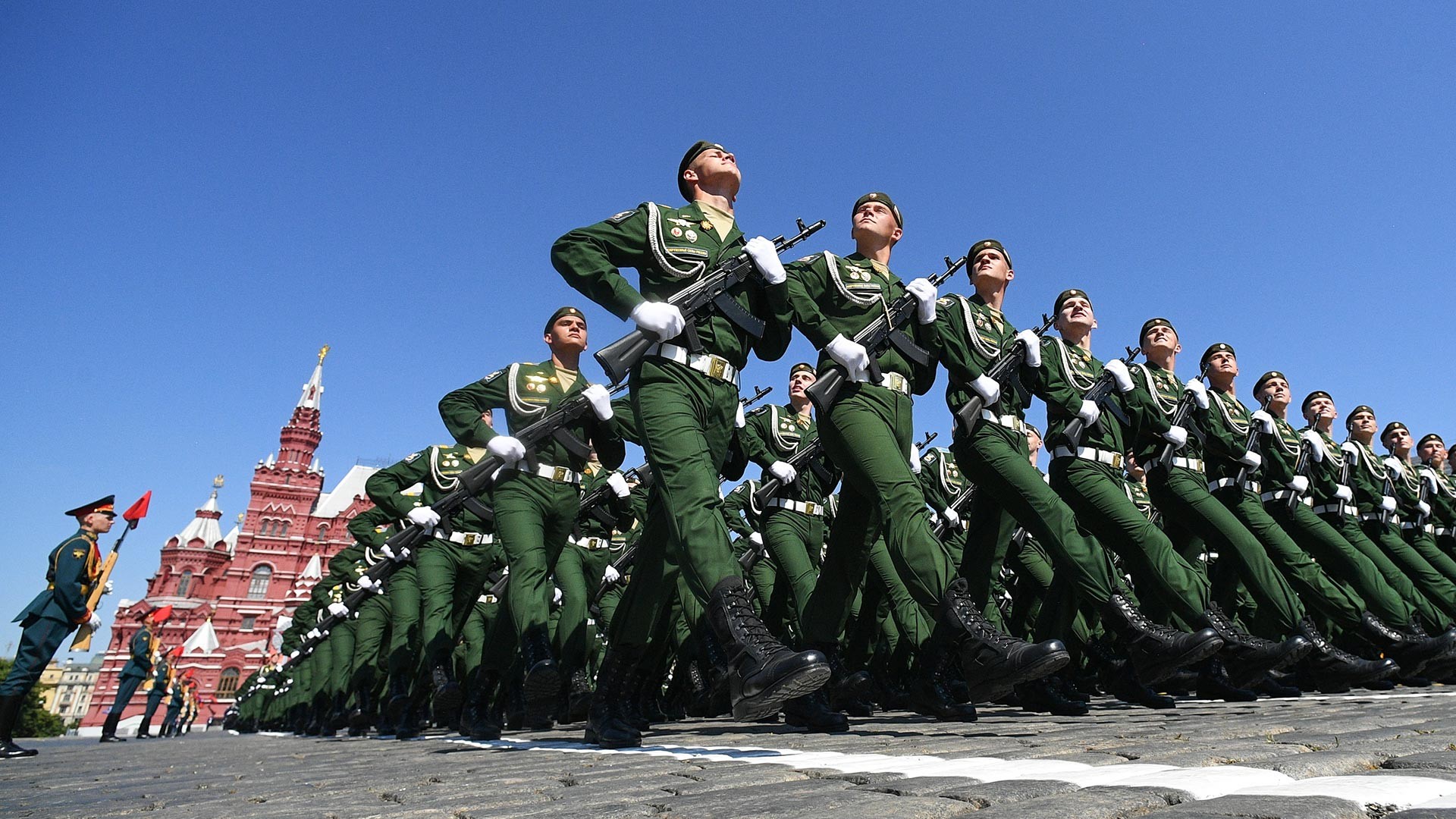 Women who defend the Motherland also joined regular troops on the Red Square. There were as many as 400 military women marching alongside men from Russia and all over the world, accompanied by Russia’s latest military vehicles. 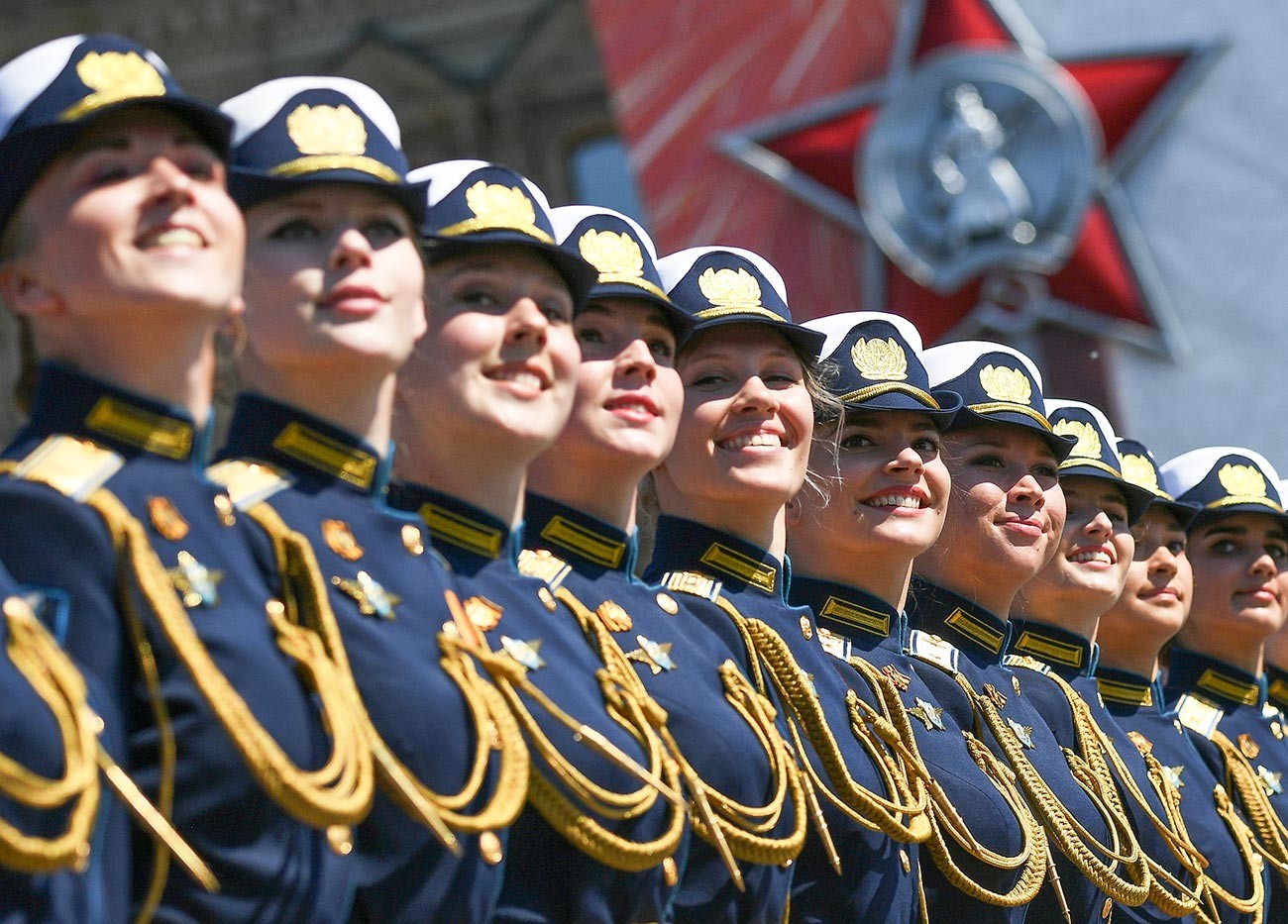 Concerning guests from abroad - Troops from India, China, Serbia, Mongolia, alongside those from a wide range of ex-Soviet nations, also marched through the Red Square, alongside Russia’s 14,000 troops. 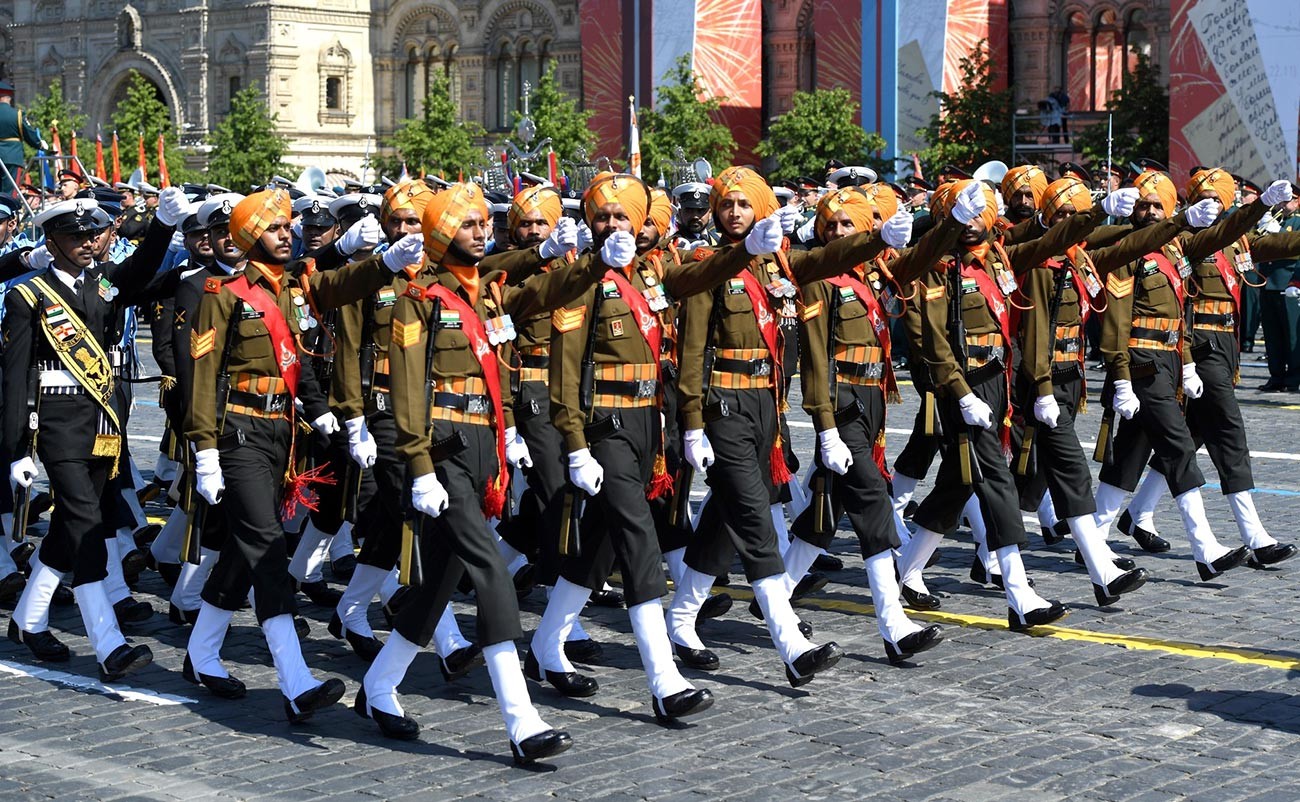 The T-34, a legendary tank that helped turn the tides of the Great Patriotic war, traditionally opens the parade. These fully operational retro battle machines can be seen (and you can even take one for a ride) in Park Patriot in the Moscow suburbs. 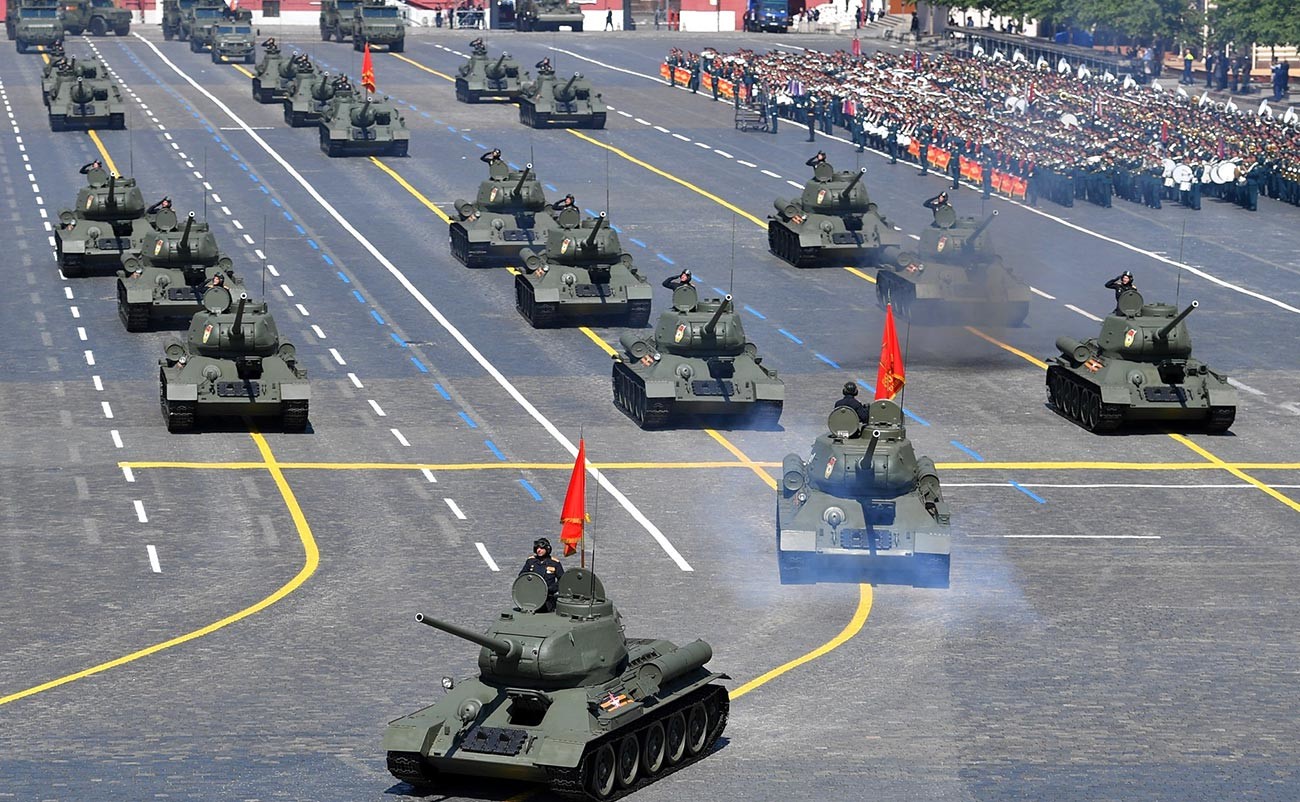 Going by the telling name ‘Terminator’, this heavy tank support unit is armed with twin 30mm cannons, four missiles, grenade launchers and machine guns. This machine became an instant sensation once it appeared in the Russian Army, due to its unstoppable firepower and state-of-the-art capabilities. 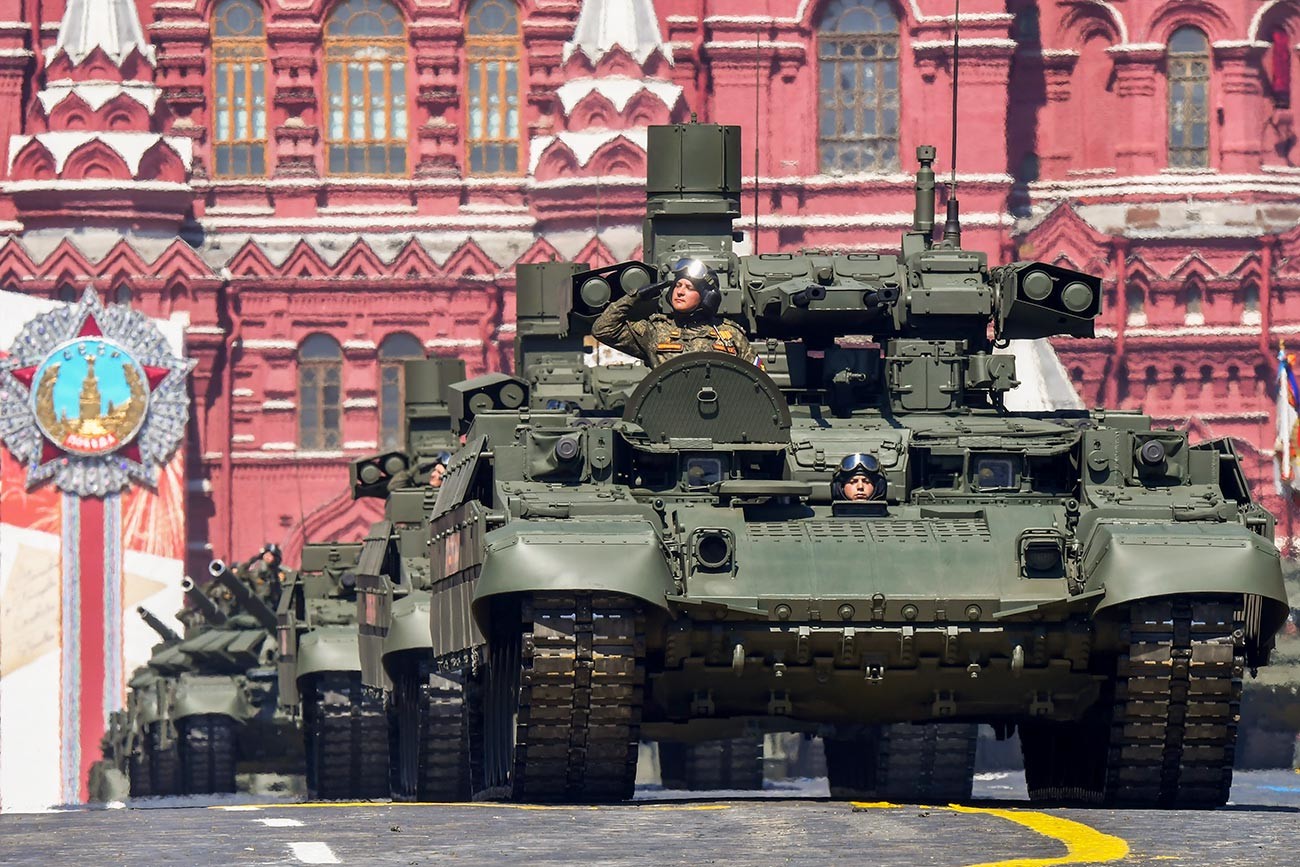 The A-50, one of the biggest airborne early warning and control (AWACS) planes in the world, also joined the aerial part of the parade. 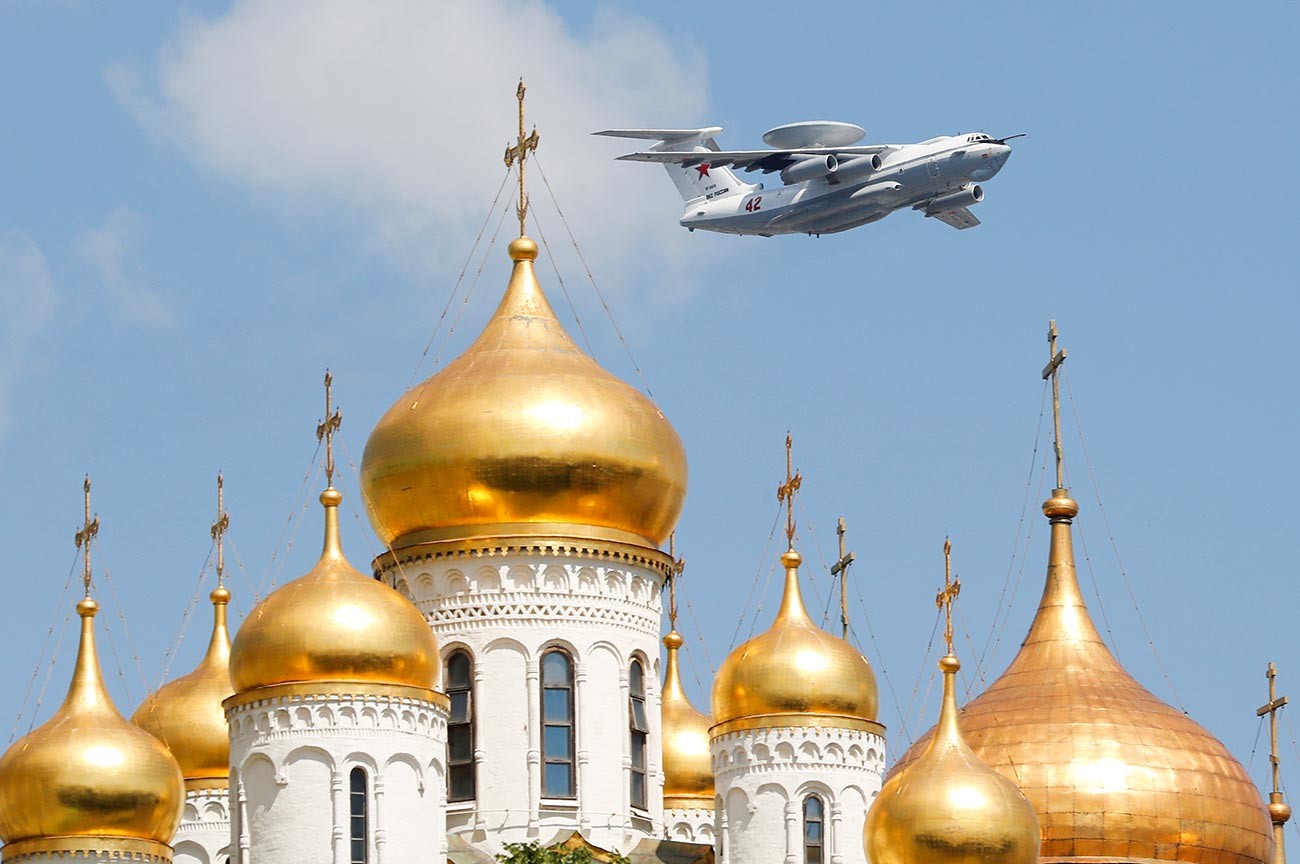 Battle helicopters, alongside cargo ones, traditionally flew over the roofs of Moscow’s buildings to be closely examined by the people living in the city. 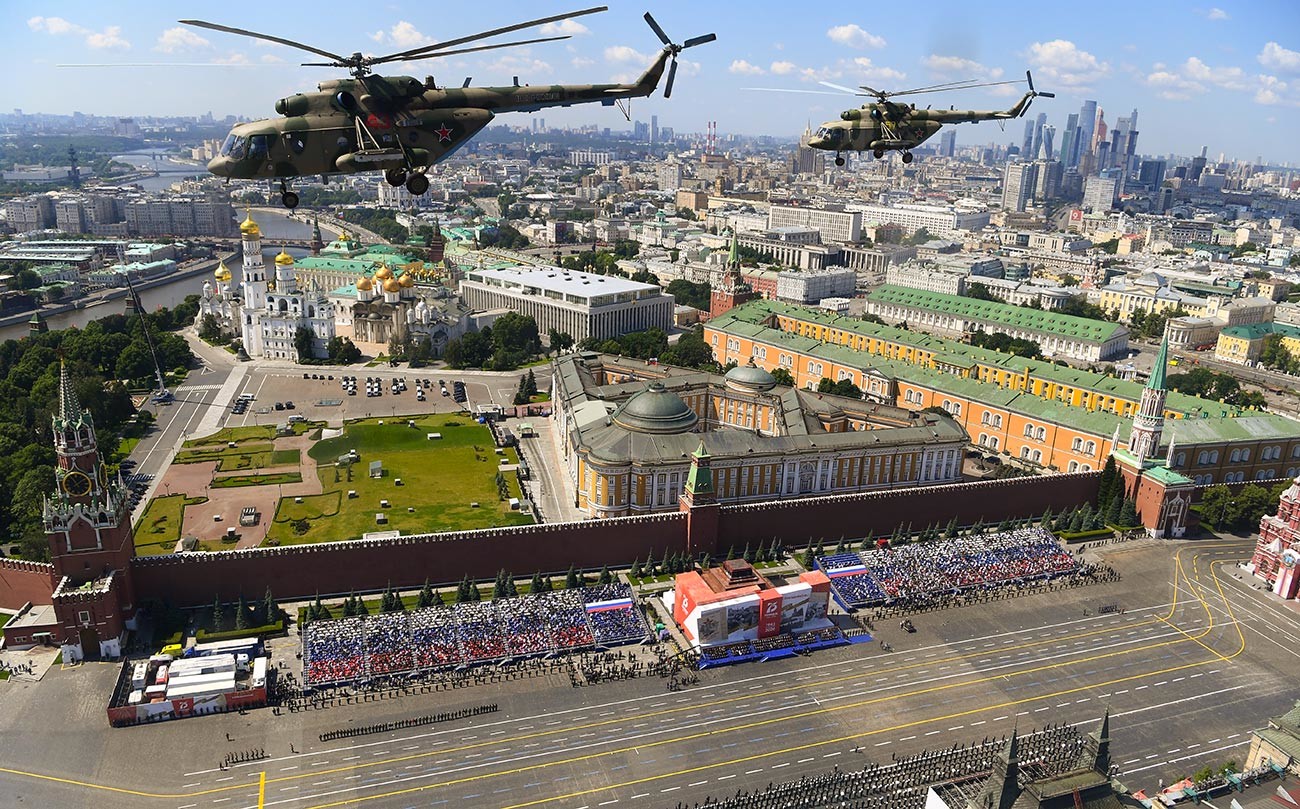 The Russian Knights aerobatic team traditionally drew a Russian tricolor in the skies over Muscovites, symbolising the conclusion of the military parade 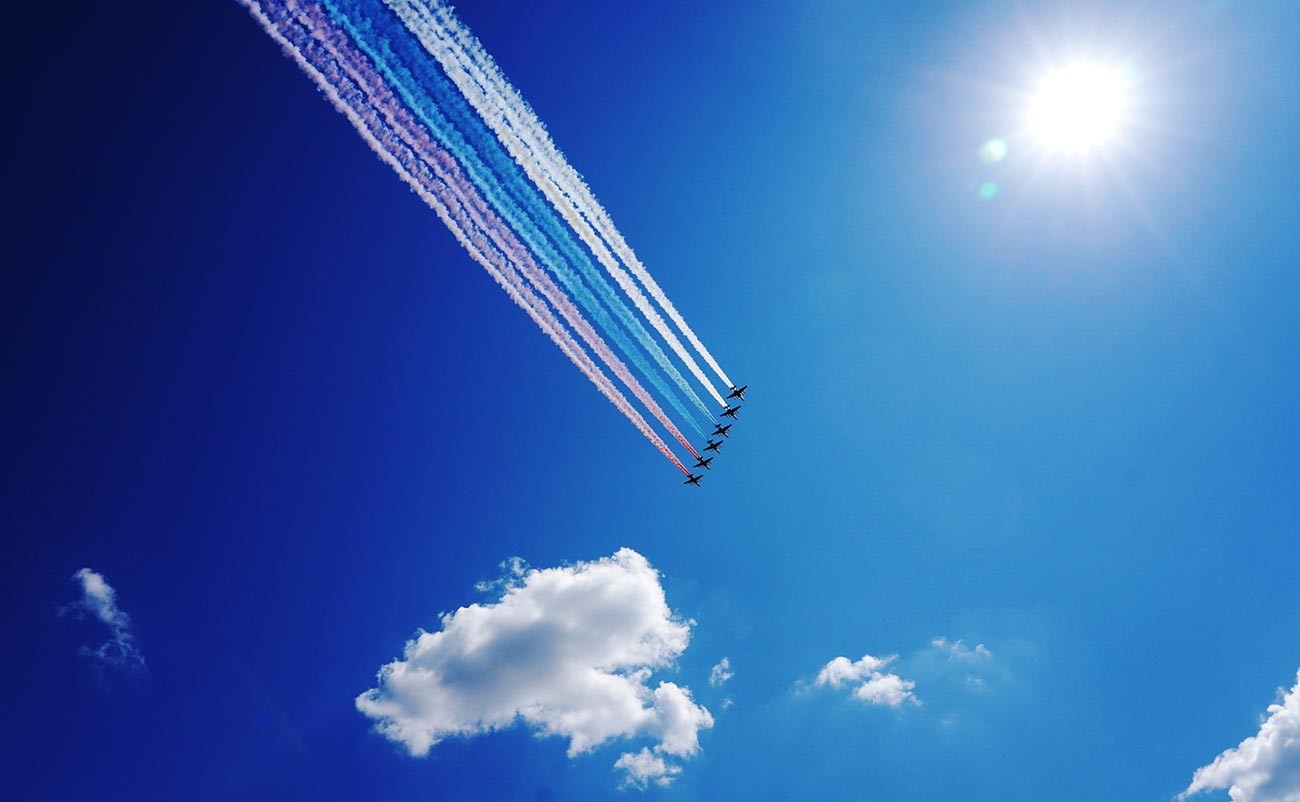 Follow the link to find out what new military vehicles were premiered to the world at the 75th Victory Day military parade in the Red Square! 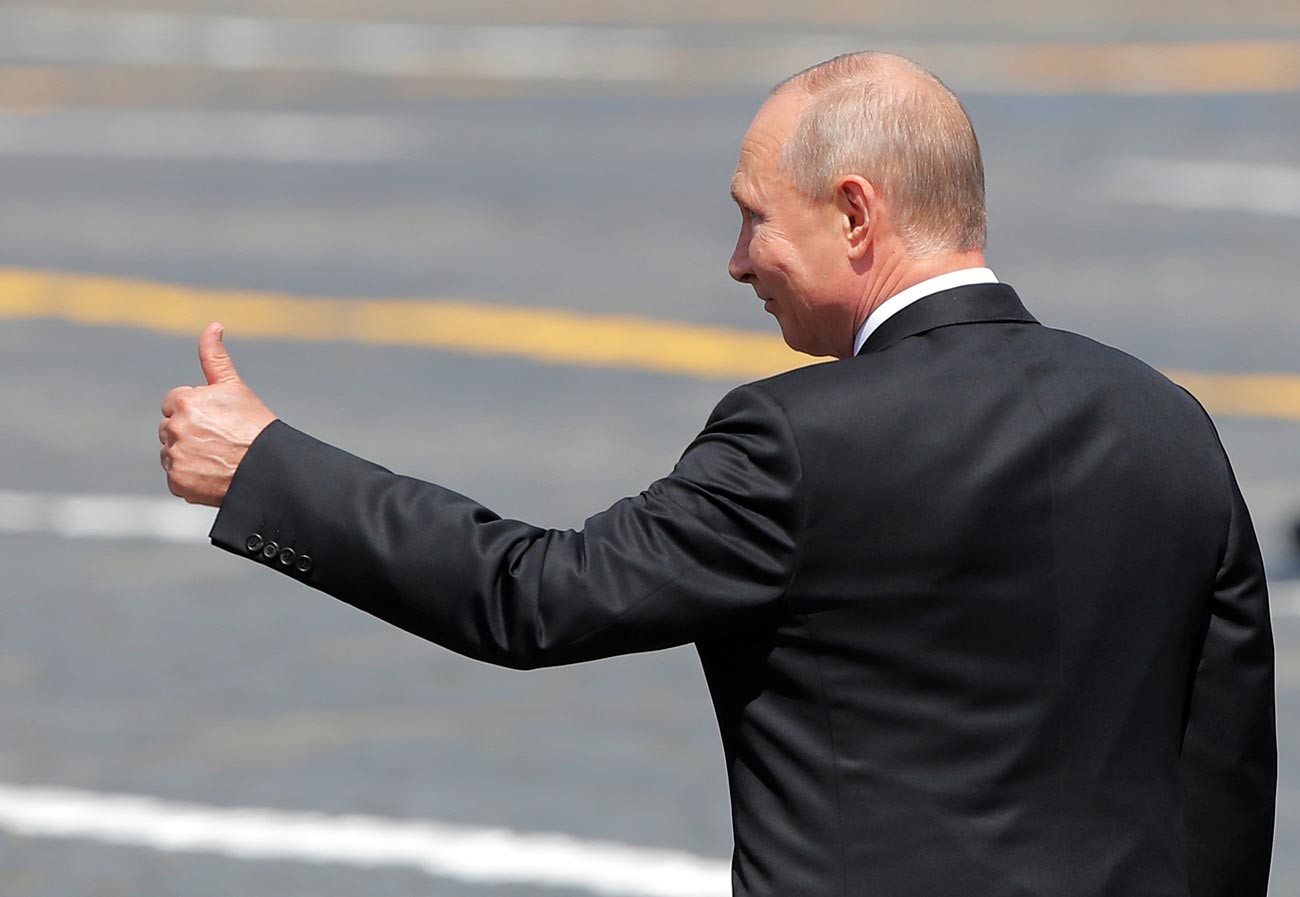