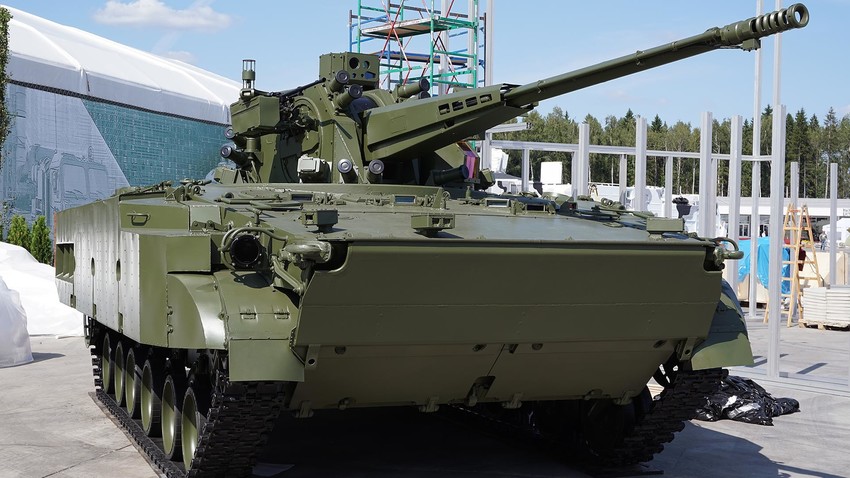 Vitaly V. Kuzmin/vitalykuzmin.net
The machine will create a shield from a hail of projectiles that burst with shrapnel in the air, forming an impenetrable barrier against enemy drones.

In the coming years, the new Derivatsiya-PVO self-propelled anti-aircraft gun will join the ranks of the Russian military.

It is based on the BPM-3 infantry fighting vehicle and the AU-220M automatic weapon station, which fires up to 120 large-caliber artillery shells per minute.

“Its ammunition kit includes remotely detonated and guided projectiles, which means that anti-aircraft gunners can fire a shell and detonate it with a single keystroke during the flight, or adjust its path to track the enemy's movements,” a source in the Russian military-industrial complex told Russia Beyond, who wished to remain anonymous. 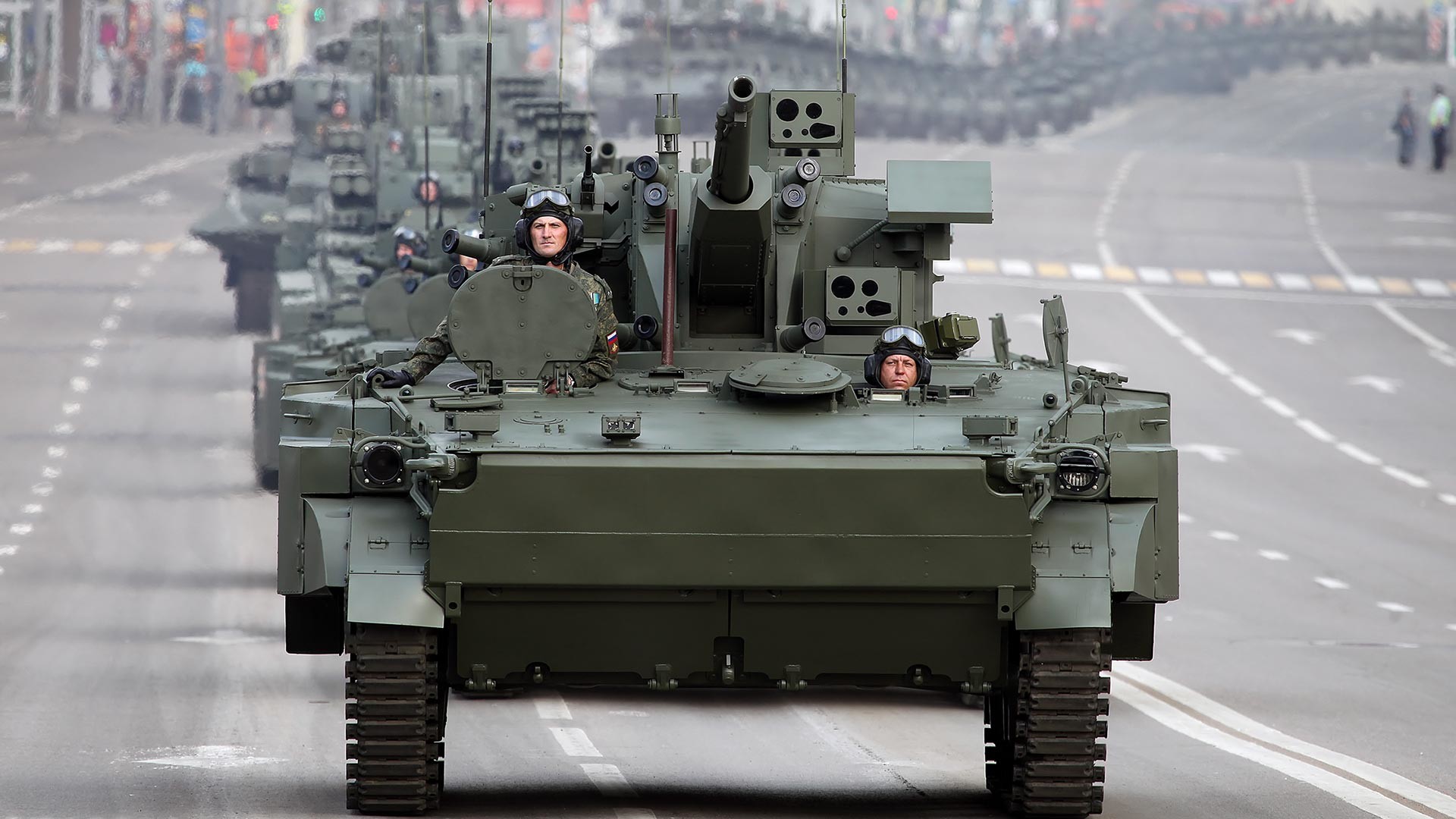 Moreover, it is tailored for small-size targets flying at an altitude of several hundred meters.

“Drones have become the scourge of our army in the Middle East, and not only ours. Militants make remote-controlled ‘helicopters’ from improvised means, attach bombs to them, then dispatch a whole flock of ‘suicide bombers’ to blow up expensive air-defense systems or tanks and helicopters. Basically, any equipment that costs millions of dollars,” said the expert.

In response, he says, the army is forced to shoot down dime-a-dozen drones with multimillion-dollar missiles, since there is no cheap-and-easy system in service capable of resisting a swarm of drones. "It is to save money and equipment on destroying these buzzing bomb-laden irritants that Derivatsiya is being developed," he added. 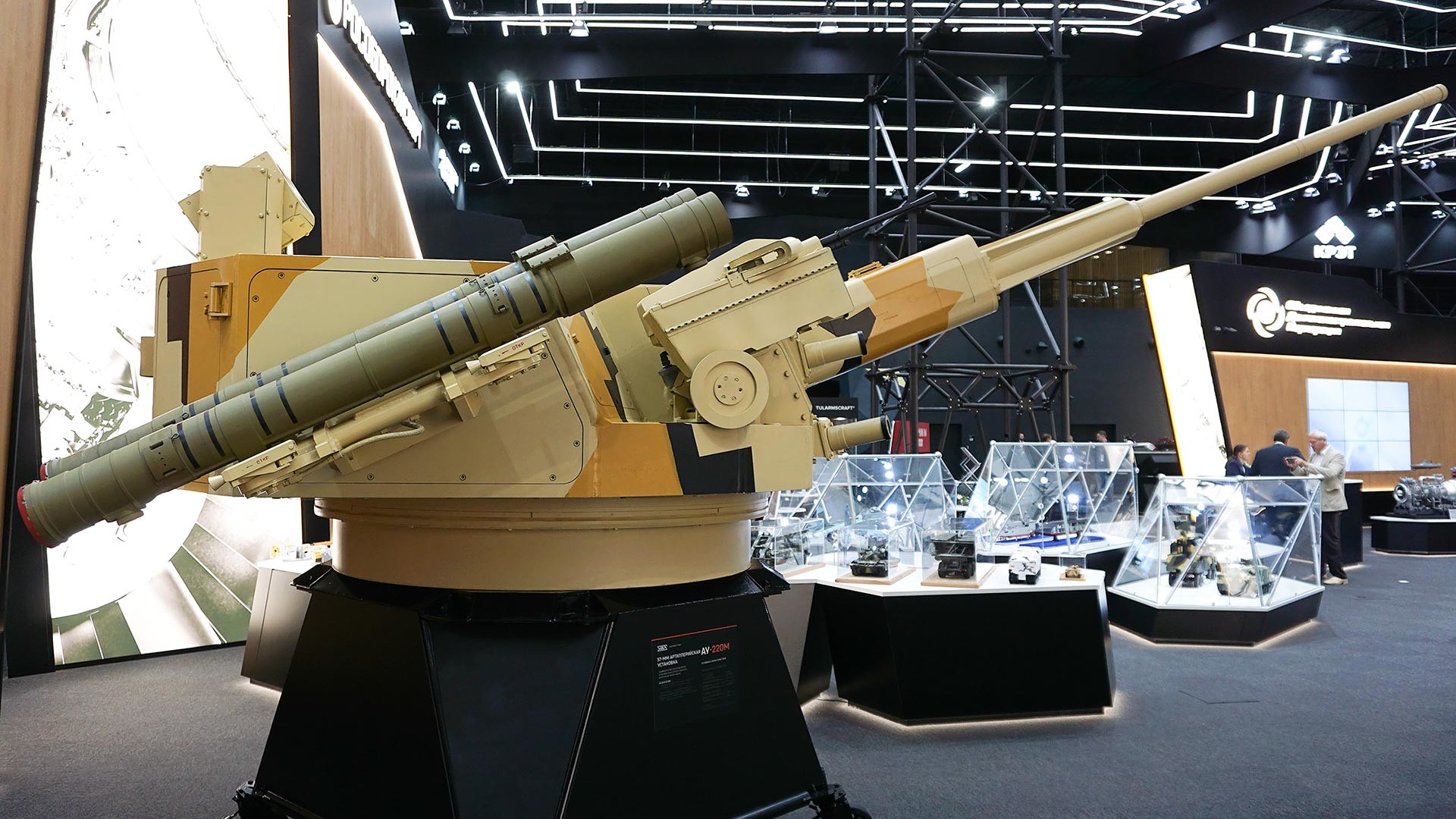 With a firing rate of 120 rounds per minute, Derivatsiya is capable of launching a whole row of projectiles and instantly detonating them, whereupon the cloud of fragmentation debris wipes out any incoming drones from the sky.

In terms of range, Derivatsiya is comparable to NATO's laser-guided UMTAS anti-tank missiles, as well as the Roketsan MAM-C and MAM-L smart munition systems, used by the Turkish Air Force in the Middle East.

One particular feature of Derivatsiya’s AU-220M cannon is its modularity. Put simply, it can be installed both on heavy equipment, in the form of multi-ton caterpillar-track platforms or ships, as well as on BRM-3 infantry fighting vehicles or BRM-3K reconnaissance vehicles.

“There also exists a version of the AU-220M for transport aircraft. This transforms the Il-76 or An-12, in terms of combat power, into the equivalent of the US C-130 Hercules. For military transporters, the AU-200M is made in 30 and 105-mm calibers,” said Russia Beyond’s source.