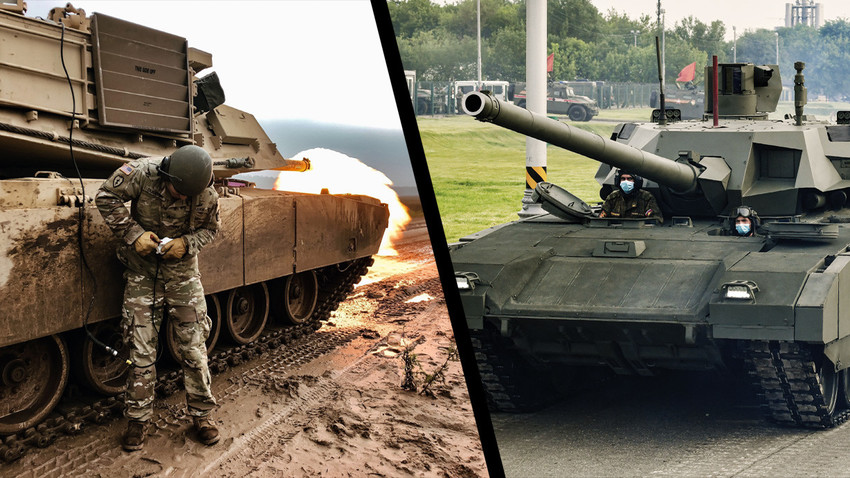 US Army/Global Look Press; Mikhail Voskresenskiy/Sputnik
This appears to be one of those rare cases, where the Americans are catching up to Russians in the field of military tech. But can cutting-edge electronics sufficiently improve a latest-generation tank?

U.S. engineers have made their next move in the field of artificial intelligence with ATLAS (Advanced Targeting and Lethality Aided System), which has been integrated into the “brains” of their armored ‘Griffin I’ light tank equipped with a 50mm automatic cannon, with further plans to include it in their Abrams tanks, a potential rival of Russia’s T-14 ‘Armata’ on the worlds' weapons markets.

ATLAS centers around an automatic targeting and locking system for tank-based weapons. Its AI is capable of distinguishing enemy objects and moving targets from friendly ones and relays the information in real time to the division commander. The decision to shoot, however, still lies with humans.

The Aberdeen Proving Ground in Maryland is currently testing ATLAS. As mentioned earlier, the U.S. military has so far only integrated it into its Griffin I armored light tank, equipped with a 50mm automatic cannon.

As the ATLAS system is engaged, the optical and infrared sensors mounted on top of the tank begin to spin, scanning the area. All the data is relayed to the central sensor. The electronic brain uses machine learning algorithms to automatically select targets, their type, speed and distance.

The operator and division commander receive a real-time readout on the tank’s internal display. All that’s left is for the operator to point out the target on the map to confirm - the AI will do the rest: turn the cannon, calculate distance, ballistics, automatically correct the angle, select the type of weapon (armor-piercing, cumulative, shrapnel or high-explosive) and firing mode.

Another press on the screen from the operator and the job is finished.

After the target is hit, the commander selects a new target on the monitor and repeats the process, the way you would in a video game.

The new targeting system allows the U.S. military to shorten the time from target location to the point of elimination by three times. The technology will, presumably, place the Abrams in direct competition with Russia’s fourth-generation T-14 Armata. 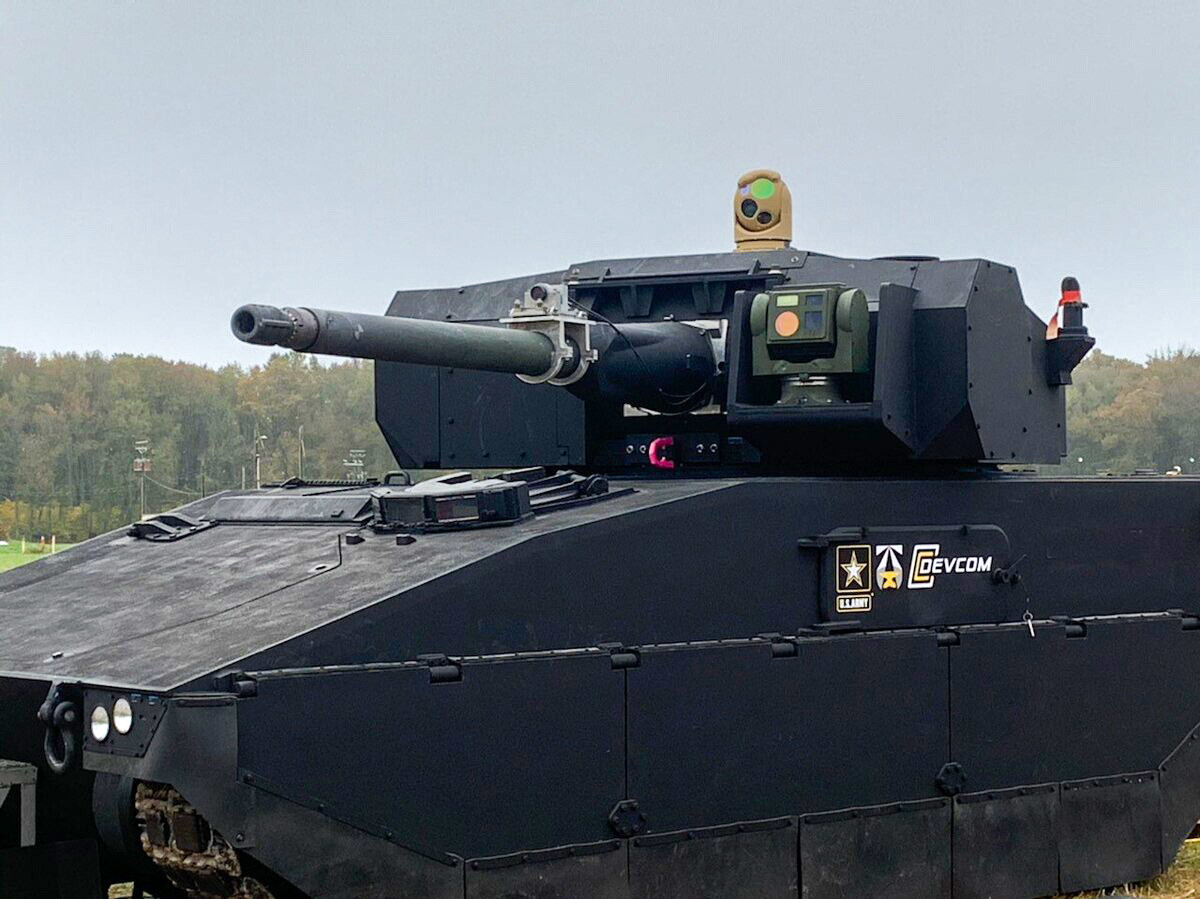 “Warfare in the 21st century is network-based. It sees the battlefield as a unified matrix of information, where spy planes, unmanned drones, artillery complexes, tanks, snipers and so on, are integrated into a singular computer system, working in concert,” a source in the Russian tank industry told Russia Beyond on condition of anonymity.

According to the specialist, the fighter and machine operators in the field will require a tablet and an on-board computer with a full layout of the enemy’s technical characteristics and other information required for locking on and automatic engagement.

“Such a system is scalable from a single shooter up to a ballistic missile. It represents so-called digital warfare,” the expert says, adding that the Armata is already equipped with a targeting system similar to the American one and has already integrated it into Russia’s digital warfare systems.

“Similar ballistic calculators have already been integrated into all Russian tanks - the T-72 and T-90 among them. The tank commander doesn’t even need to see the enemy - he simply receives the coordinates, and all that’s left is to press ‘Fire’,” the source says.

Further to that, ATLAS won’t help Americans against the Armata on the battlefield, as the targeting system and AI can’t alter the onboard weapons’ stopping power.

“The Armata is equipped with cutting-edge systems for an active, dynamic defense. There are videos on YouTube, where Syrian fighters are using the American anti-tank ‘Javelin’ complex to shoot at a last-generation T-90 (whose armor is lighter than the Armata’s). The pictures clearly show that the non-engaged machine remains completely unscathed, as its internal dynamic defences are activated in passive mode. If [the tank] did activate and function at full capacity, the active defences with their on-board interference systems would not even allow the Javelin to get anywhere near its target,” the expert added.

Moreover, the Armata sports systems that allow it to remain hidden from enemy optical and radio surveillance systems. 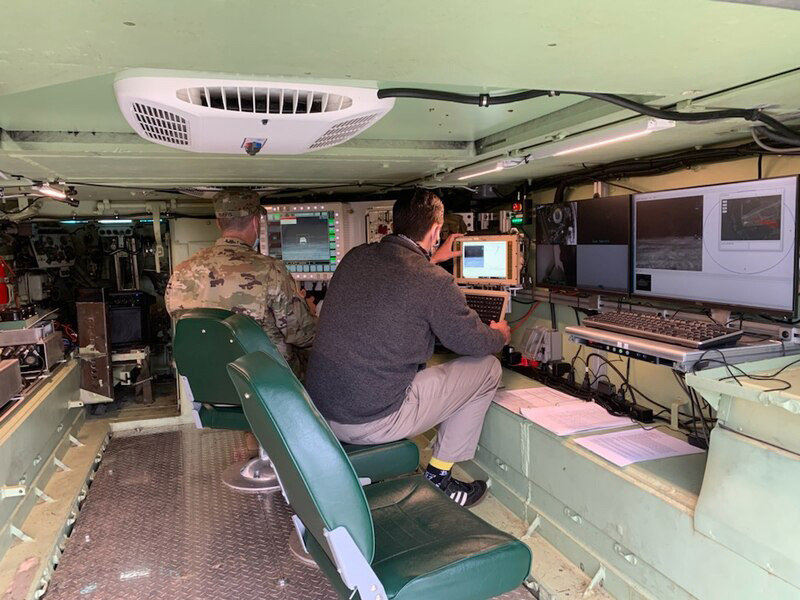 “Americans don’t do ‘know-how’, but create technologies, necessary for modern warfare. Systems that are analogous to ATLAST are already installed in our machines and this is one of those rare cases when our partners are catching up to us,” says Viktor Murakhovsky, Chief Editor at ‘Arsenal Otechestva’ magazine.

It’s important to note that U.S. electronics are an order of magnitude better, stronger and more high-tech than Russian ones.

“It’s just that the Americans are pragmatists. Tank-based targeting systems didn’t really interest them before, as they normally only go to war in third-world countries, where you won’t find anything close to the Armata. Now, however, the weapons market has a next-generation tank that has been pushing foreign rivals toward developing technologies previously missing from their machines,” Murakhovsky concluded.