How students from Russia are making world-class robots 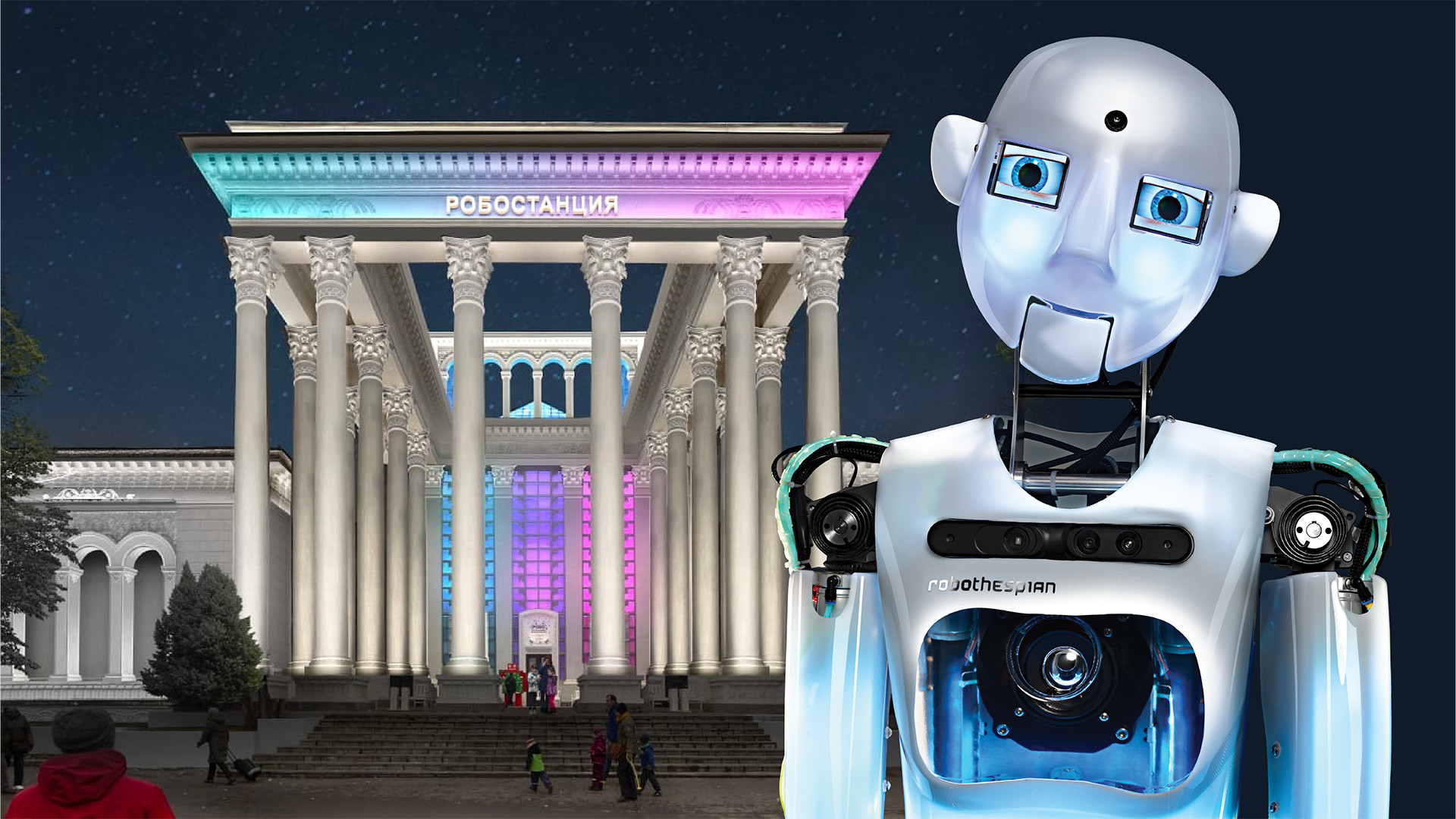 Press photo
Young Russian robotics enthusiasts often win prizes at international competitions. We spoke to three RoboCup winners to find out how to make the world’s best robot , how to train in robotics, and how to teach a robot to play the flute.

The pandemic has given additional impetus to the effort to make robots part of our life in all spheres. All over the world people are now talking about drones that will replace couriers, of industrial robots that will go to work and never get sick, and of medical robots that can take care of COVID-19 patients. Russia is very much part of this trend. According to a report by the International Federation of Robotics, Russia ranks second globally in the production of service robots. Also, teams from Russia repeatedly win prizes at the World Robot Olympiad and at RoboCup competitions. 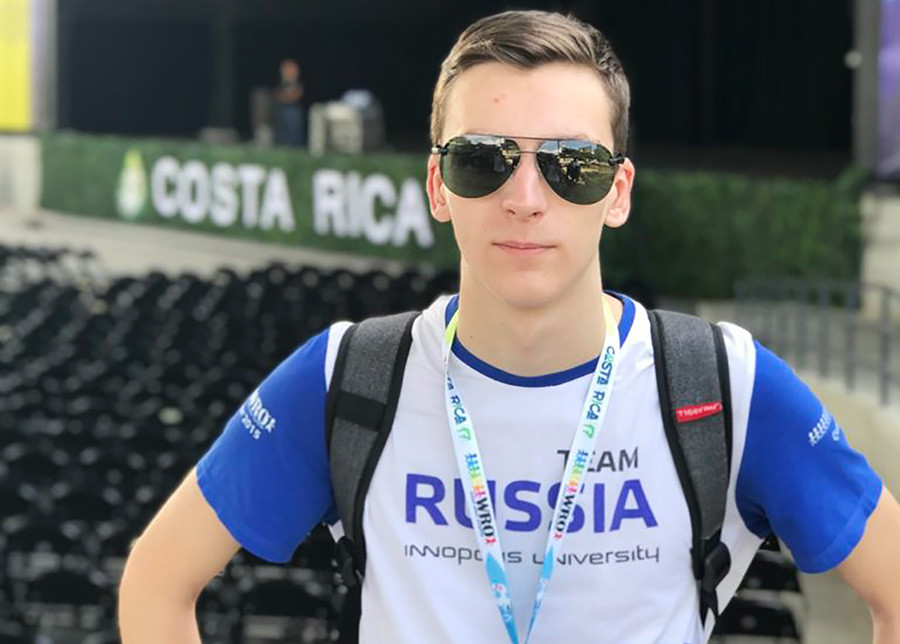 I first heard of the League of Robots in 2014 and began to take part in robotics competitions and Olympiads. In Russia selection for these events goes through several stages: the first is the local (city) stage, then the regional, then an All-Russia Olympiad, then there are federal training camps and then the international level - the World Robot Olympiad.

In 2014, we took 11th place in the national selection round, and so, we did not make the top 10 teams that continued to the international level. In 2015, we won a place on the national team and went to the World Olympiad. It served as a serious incentive not to give up what we were doing. At our first Olympiad, we did not make it even to the middle of the rating, but ended up at the very bottom. So, we began preparing for the next World Olympiad in 2016.

For this, teams had to field fully autonomous robots. Teams design their robots in advance, program them and release them on the field in an autonomous mode, where the robot moves by itself, orients itself with the help of sensors and manipulates objects. We cannot approach the robot or influence its movement in any way.

In other words, everything you could do, you had to do in advance. So, there we were, in the finals at the 2016 World Olympiad. The presentation of our robot began, there was a huge crowd and hundreds of cameras. The robot started up, began moving; everything was going well and then suddenly it just veered off the line. This never happened in training, and we did not expect it. The whole room gasped. We returned home, and, of course, we were very upset. At one point we even decided to throw in the towel, but then we sat down and analyzed the whole situation. We had not foreseen that robotics was different from programming, that the situation could be dramatically affected by external factors.

Our task as developers and designers was to come up with a robot that was ready to withstand external influences. We spent all of 2017 working on it. We took pictures of our robot with a flash, we kicked it, we wanted to be sure that no external force would affect our outcome. In 2017, at the World Olympiad the stars aligned in our favor: we were as well prepared as it was possible to be prepared. The assignment was not easy, but we understood that our competitors could not achieve that level of performance even at the World Olympiad. And in 2017 we became world champions.

After that we took a break to study at university, but in 2018 we decided to try to repeat our success and went to the World Olympiad in Thailand. However, things did not go quite so well for us, and we ended up in the top 16 teams in the senior category, but did not finish among the leaders. The competition was very tough, and everything was decided by a split second, whereas our robot was a couple of seconds behind. However, we received a nomination for the best solution in the category, which was very nice.

First place in the 2018 World Robot Olympiad, in the Open Senior High Category, St. Petersburg team from ITMO University and Presidential Physics and Mathematics Lyceum No 239. 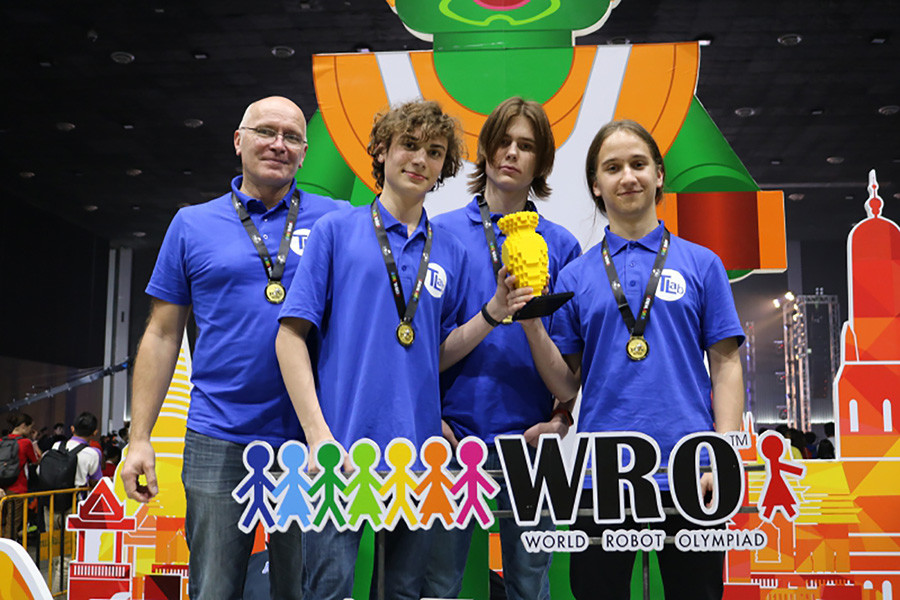 There are several categories in the World Robot Olympiad (WRO). For example, in one category you are given a specific task and the competition is about completing it faster and better than the others. But there is also an open category, where you are given an exhibition booth 2 by 2 meters in size and you have five minutes to present your project.

When you have a clear, specific task, it allows you to focus and concentrate, which gives rise to numerous original, outside-the-box solutions. However, in the open, creative category there is also a spirit of competition, but you are allowed to think creatively, to do whatever comes into your head.

We took first place with a robot that picked strawberries from a garden bed. It sounds easy, but in fact we had a camera. The robot, using a neural network, found berries and determined their condition, and uploaded the information into a database. Then, the user ordered these strawberries through an application; the robot went and picked the berries with a soft silicone gripper, then drove to a drone and the drone took off. It seems easy, but in fact it was the result of a lot of work, with numerous technologies having been brought together. Not only did it have to operate at the same time, but completely different technologies had to be synchronized.

After that, we created a project for RoboCup OnStage: a humanoid female robot that played the flute. The robot, which is called Elsa, plays the flute for real. She blows into the mouthpiece and presses the keys with her fingers. She can also hear chords played by a guitarist, recognize them, compose her own melody in the same key and then perform it together with the person playing the guitar. In other words, it also was a very strong project technology-wise. Projects like these develop our imagination, which helps us to make serious strides in various fields of robotics. For example, there is soft robotics [which uses flexible, easily deformable materials that allow robots to adapt to different tasks - from modeling aquatic creatures to performing surgery], which is a very interesting and promising area right now. 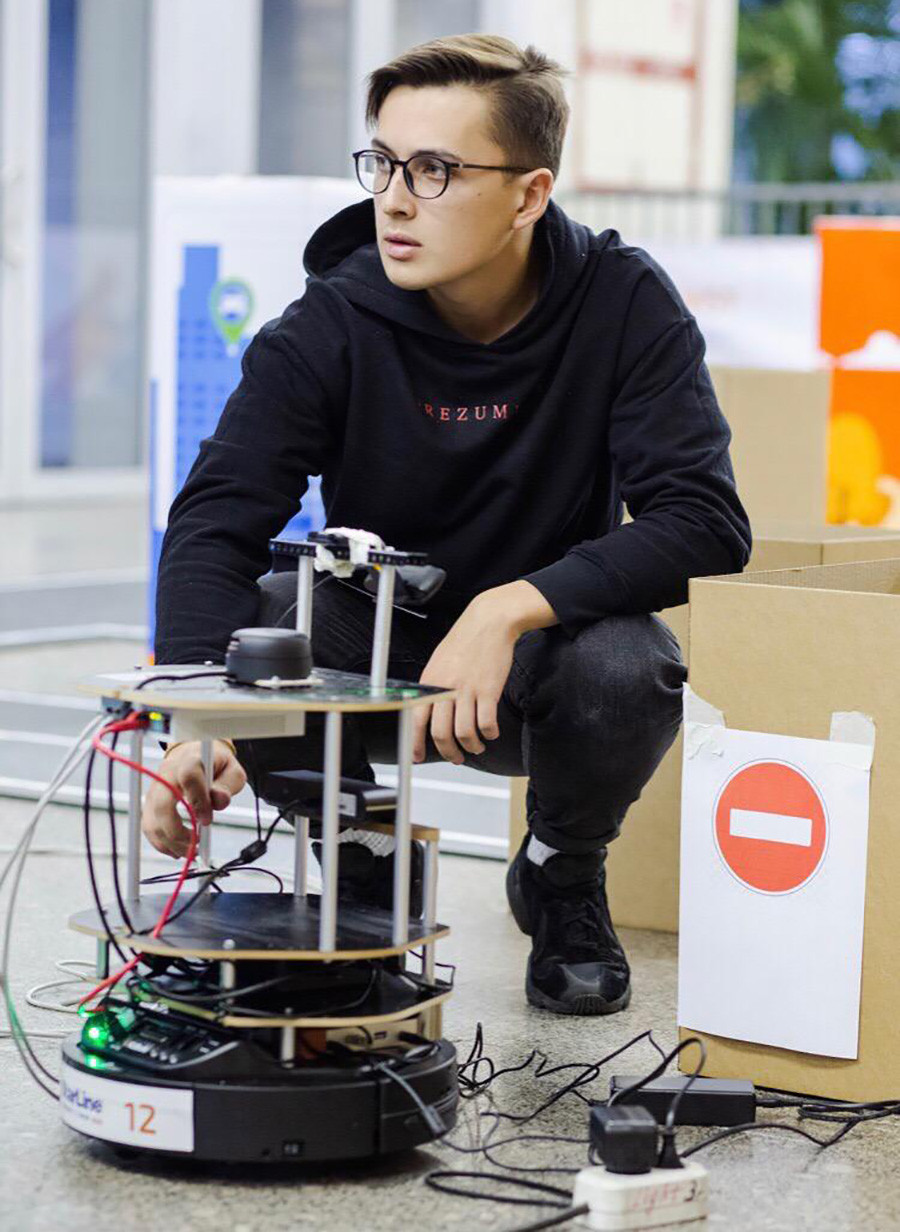 I am a student in the SM-7 Department of Mechatronics and Robotics, and also the captain of the Bauman Robotics Club. Our team has taken part in RoboCup competitions. There are two categories: students take part in the senior category, which has three leagues. The first and the original, from which RoboCup began, is RoboCupSoccer, in which humanoid robots play soccer. The second league is RoboCup@Home, where robots must solve problems in a real living space. For example, last year the task was to collect a basket of groceries in a supermarket. The third league, in which we participate, is RoboCup@Work, where a warehouse is simulated and a service robot must place objects correctly on the tables. Initially, all the objects are scattered randomly, and the robot is given a task to move specific objects from one table to another, with the objects being bolts, screws, etc.; basically, something mechanical. There are also some additional tasks; for example, a robot must insert a specific object into a suitable aperture.

We have taken part in these competitions for two years now, and for two years in a row we’ve taken second place, falling behind the team from Singapore. I like the fact that this event is more focused on the development of robotics as a science. The given tasks are knowledge-intensive, professional, and involving many different fields. The tasks use a full-fledged navigation program, whereby a map of the premises is built using a laser rangefinder and the robot must navigate on this map. A stereo vision camera is used, which detects objects, and all this is done using neural networks.

During the competition, teams exchange experience, talk about their technical solutions, and the code used in the robots is made available to everybody. This is done specifically for the development of the industry. Different areas of knowledge are used: probability theory, linear algebra, mathematical analysis - all together.

In addition to RoboCup, I am involved in other projects, too. For example, last year we attended a conference in China with a project on using the internet of things in service robotics. There, we created from scratch a control system and an interface for a service humanoid robot so that a person could interact with it.

This conversation took place within the framework of the Robotics Wednesday project organized by the Robostation pavilion at VDNKh, in cooperation with the National Association of Robotics Market Participants and the PRO Robots channel on YouTube. Every Wednesday until the end of December, the official website of Robostation and the PRO Robots channel host online meetings involving robotics experts from all over the world.