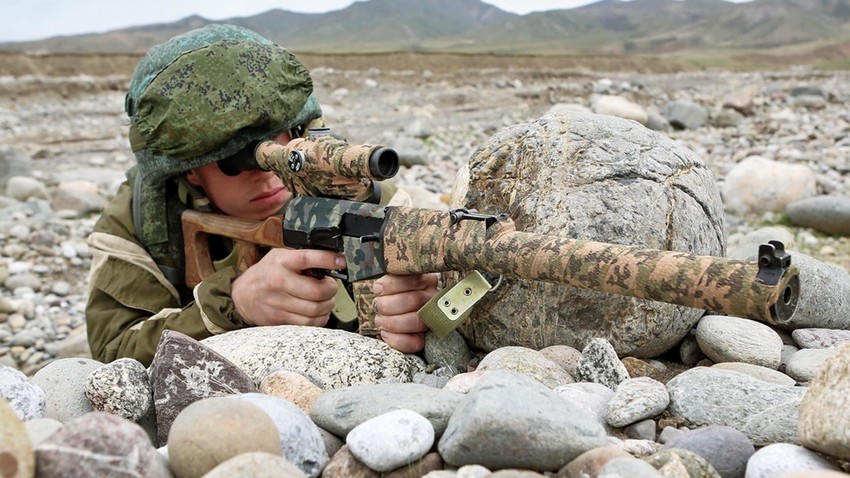 Russia created its first ever assault rifle, the AS ‘Val’, and silent sniper rifle, the VSS ‘Vintorez’, back in the mid 1980s of the Soviet-era.

These weapon systems were meant to effectively eliminate terrorists in urban areas on distances of up to 300 meters. To be frank, that’s a perfect distance for a silent assault rifle, but a pretty short one for a sniper rifle. In comparison, a standard sniper rifle chambered in 7,62x54 mm or in .308 Win can effectively shoot down targets from distances twice as far - from 600 meters. 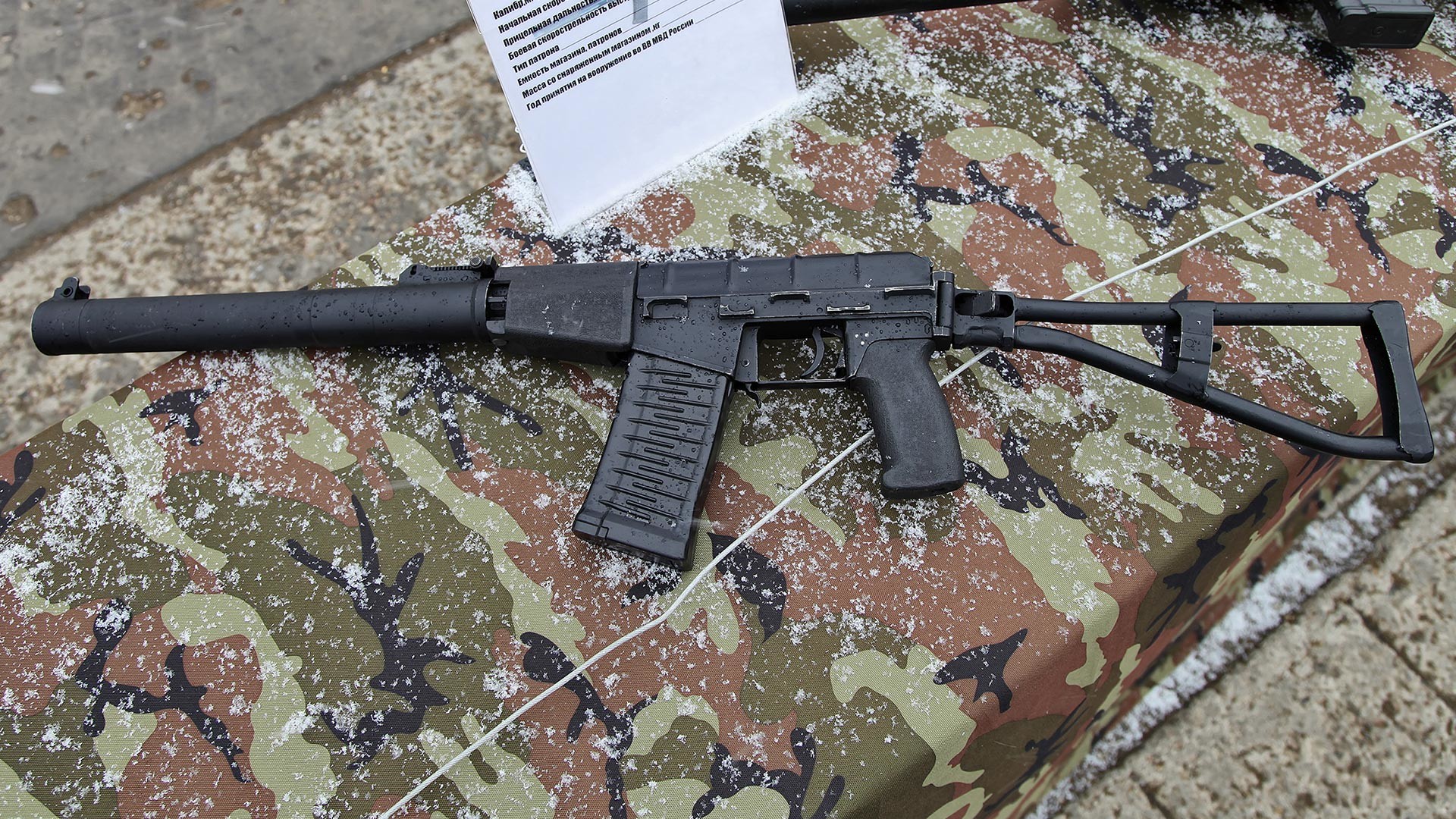 Nevertheless, both the AS ‘Val' and the VSS ‘Vintorez' successfully passed military tests back in the Soviet Union and were adopted to the law enforcements and to the Spec Ops units of the Defense Ministry.

These systems were compact, could easily be disassembled and hidden into a typical case. A sniper could use it the way movie characters do when they unpack their suitcase, take out their clothes and start assembling a sniper rifle piece by piece on a roof from numerous weapon parts hidden in the lower parts of the case.

Worth mentioning that this compatibility issue was a serious advantage of these weapon systems during the military trials.

“Both passed their baptism of fire during Chechen campaigns. Russian Spec Ops units successfully used them in battles with terrorists and even eliminated one of Russia’s mafia bosses, Granda Hassan, with the VSS ‘Vintorez’,” says the weapon’s creator, Petr Serdukov.

Shooting the AS ‘Val' and VSS ‘Vintorez’ 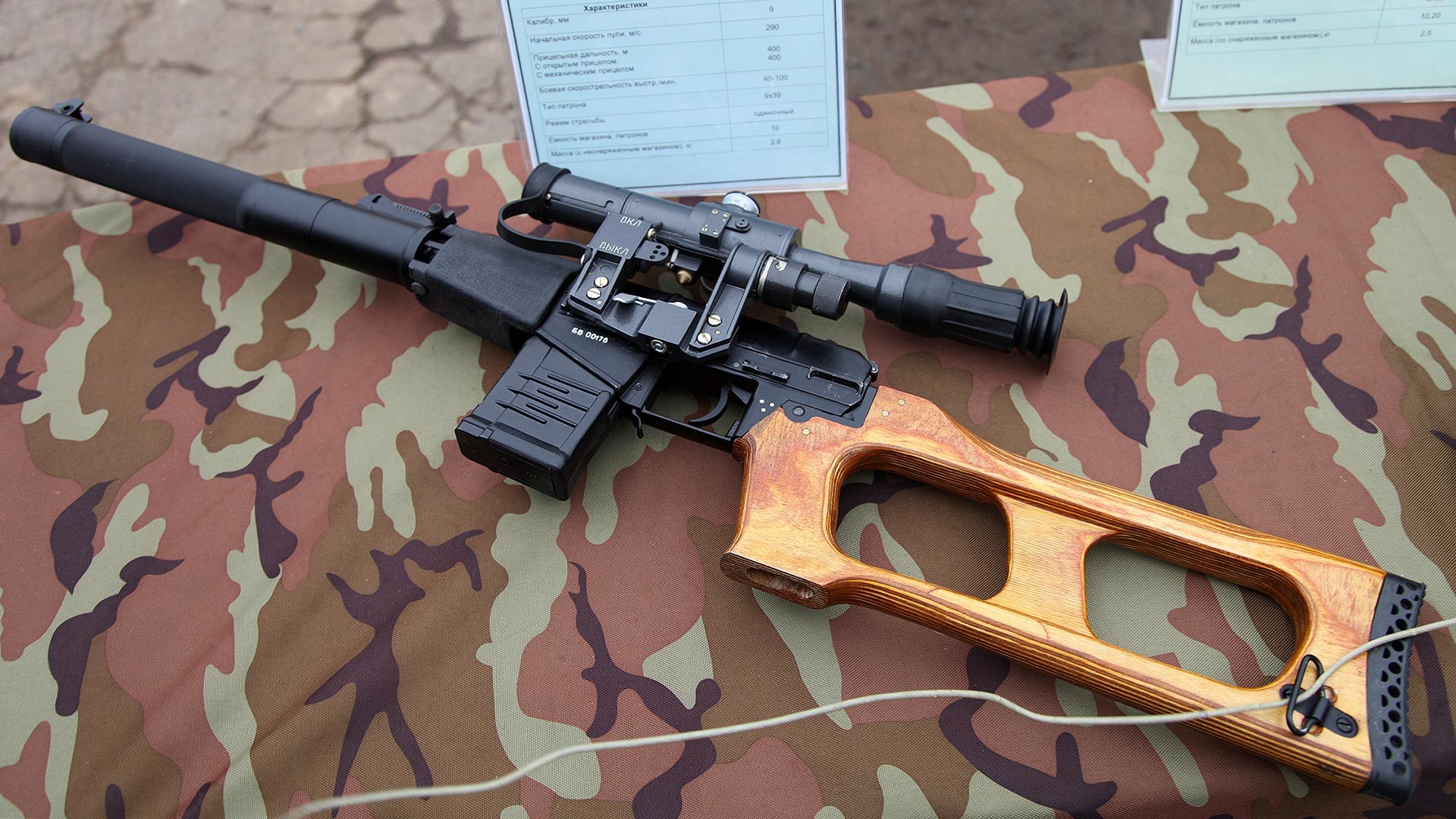 Both the AS ‘Val’ and VSS ‘Vintorez’ are chambered with subsonic 9x39 mm rounds. These weapons can effectively penetrate 2nd grade body armor plates from 200 meter distances.

There is no official explanation why, but the first shot of this subsonic ammo from VSS ‘Vintorez’ was heard without earplugs as a typical 9x19 mm shot. It was surprising as these are subsonic rounds shot from a suppressed weapon. Nevertheless, all the later rounds went smoothly and wouldn’t unmask a hidden shooter.

Both of these weapon systems look clumsy up close, but “good-looking” was never an issue in Russian firearms industry. All weapons were created to accomplish various tasks.

Each weighs as much as 2,5 kilograms without optics. They’re compact and comfortable when firing. Due to the subsonic 9 mm rounds there is practically no recoil. To be honest, AS ‘Val’ and VSS ‘Vintorez’ could have been perfect civilian weapons for hunting back in the day - light and effective weapon systems eliminating targets 300 meters away. What else does one need for deer hunting?

They are lighter and EVEN easier in operation and cleaning than AKs. Maybe they don’t look fancy enough, but they work like a Swiss clock.

Another “setback” of these weapons is their fire accuracy. The bullet spread is a really wide 10 cm on average at a 100 meter distance.