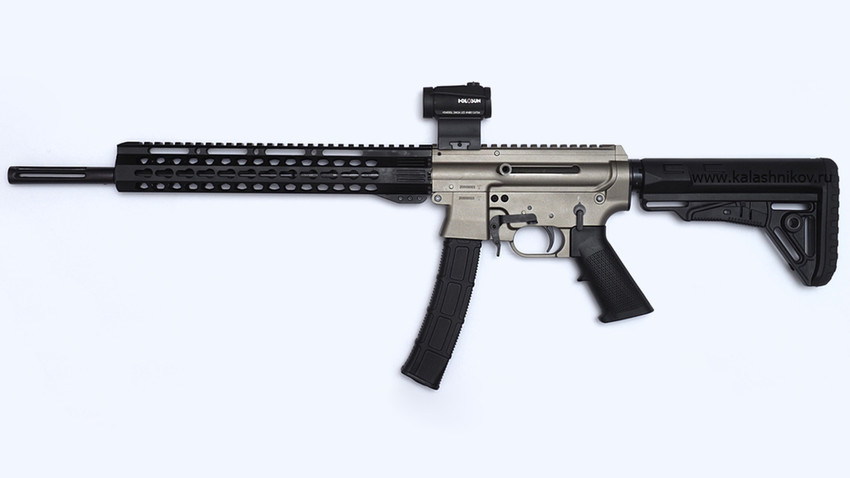 Михаил Дегтярёв/kalashnikov.ru
How the US AR-15 rifle was reborn in Russia.

The TK509 is a semi-automatic pistol with blowback. The weapon is marketed as smoothbore due to the new .345 TK cartridge and 305-mm Paradox-style barrel (i.e. it has a section with grooves to stabilize the bullet and twist it during flight).

It is made by Molot Arms and Tekhkrim from Vyatskiye Polyany (800 km east of Moscow). The former produces aircraft-grade aluminum barrels for .345 TK cartridges; the latter assembles the weapon and applies chrome plating and a protective, decorative coating. 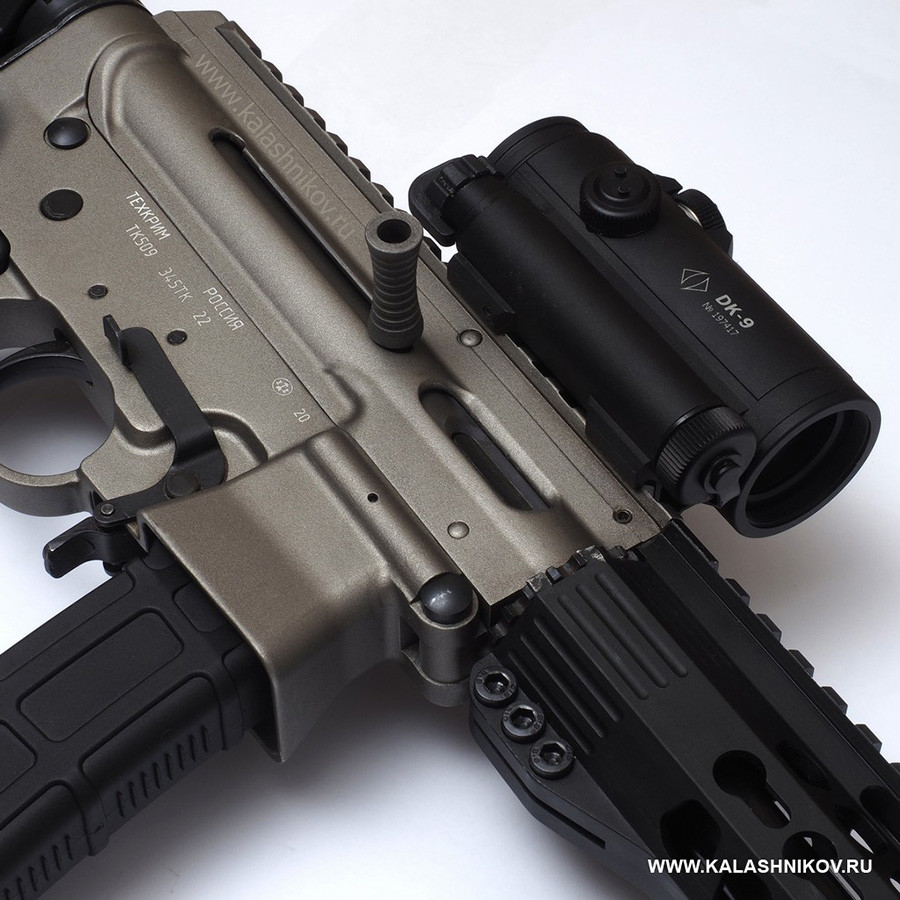 According to Vadim Kozyulin, professor at the Russian Academy of Military Sciences, the TK509 is the ideological continuation and development of the US AR-15 platform — the main competitor of the AK in the small arms market.

“For the past 50 years, people have argued about which is better, the AK or the AR-15. In Russia, there is demand for both rifles. However, after the introduction of restrictions on the supply of US rifles in 2014, some Russian companies bought licenses to make the AR-15 and its derivatives. So the TK509 is the ideological continuation of the ‘American’ in a stylish modern Russian design,” he said.

The TK509 uses as many parts from the standard AR-15 as possible, including all grip features, as well as firing mechanism and striker components.

The weapon is designed for both right and left-handers, allowing the operator to cock the bolt manually from either side.

Moreover, in contrast to the AK series of assault rifles, the TK509 lacks a "classic" mechanical sighting device. Instead, there is a Picatinny rail on the breech and aluminum forestock for mounting optics or sights.