5 BEST Russian airplanes of all time 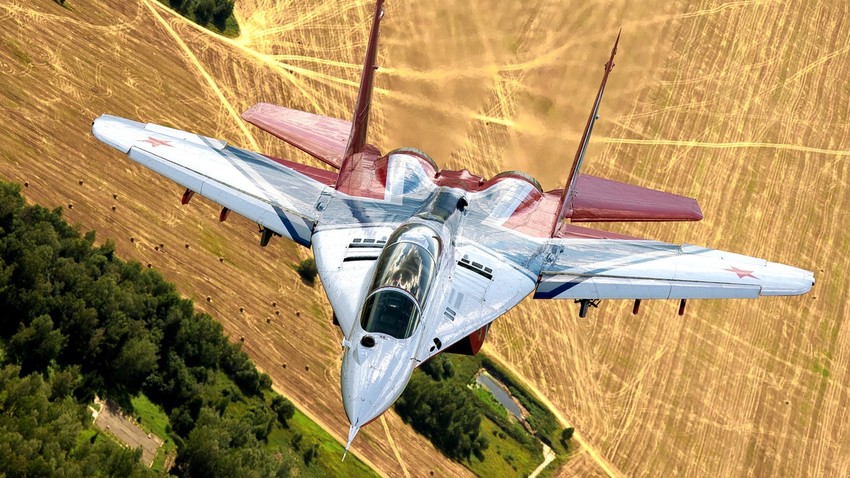 Mil.ru (CC BY 4.0)
From a ‘corn crop duster’ to fourth-generation fighter jets, these aircraft are famous all over the world, not only in Russia. 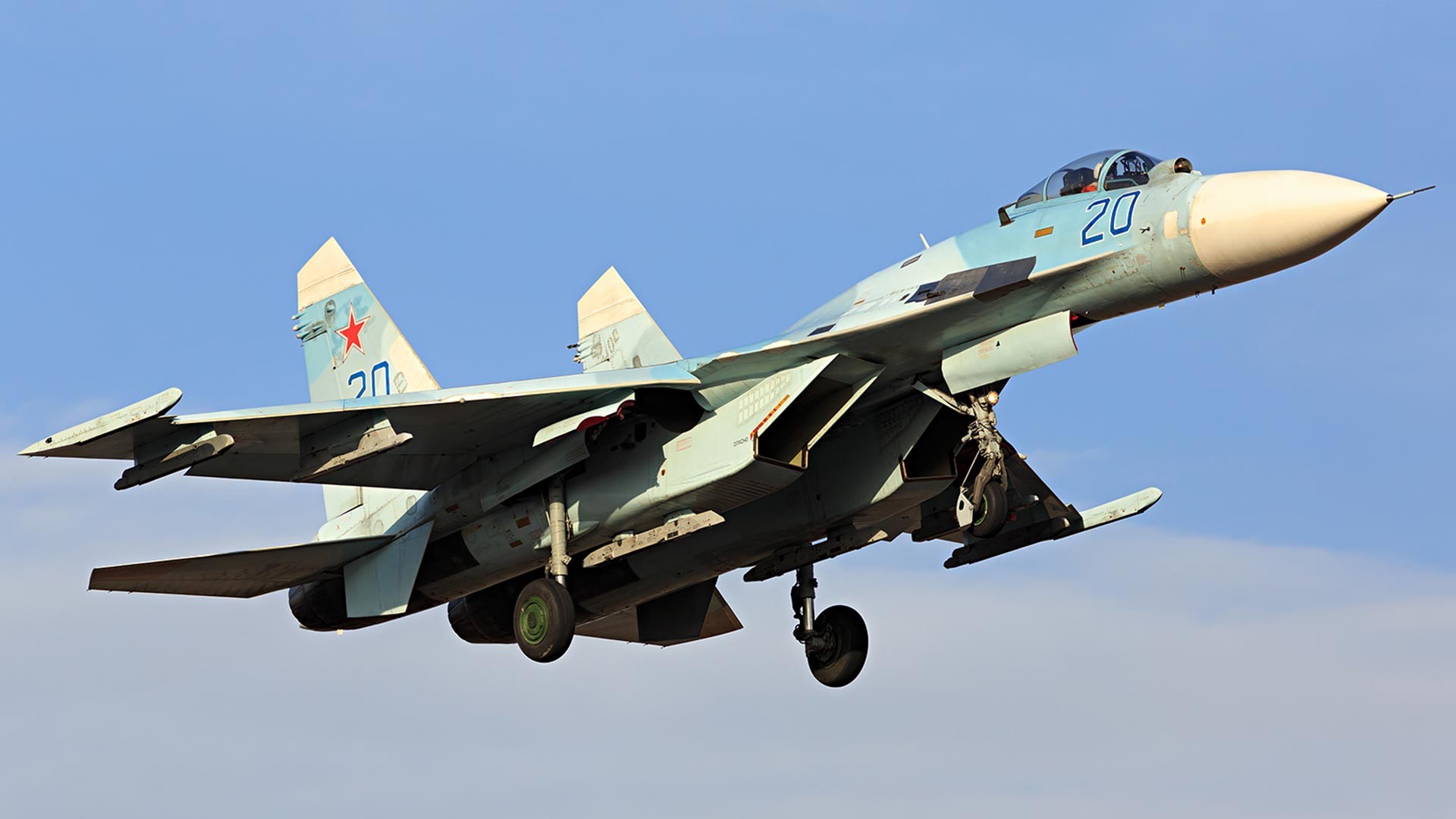 The Sukhoi Su-27 was the Soviet answer to American fourth-generation F-15 and F-16 warplanes that were being produced in the 1970s. Learning about the U.S. Air Force’s program to develop a new superior fighter jet, the Soviet leadership realized it would endanger national security, as the U.S. and the USSR were entwined in the Cold War.

The Soviet General Staff issued ambitious requirements and specifications for a prospective model of a new Soviet fighter jet. The new aircraft had to have good long-range, but also short-field performance, Mach 2+ speed (twice the speed of sound) and also had to be able to carry heavy armaments.

The specifications were too ambitious to be realized in a single project and two fighter jets emerged, one of them being the Sukhoi Su-27.

Equipped with a 30 mm cannon and R-73 and R-27 air-to-air missiles, the Su-27 was designed for air superiority missions and other aerial warfare operations. Since the 1980s, the Russian military has produced a few modifications of the fighter jet that also included air-to-surface missiles. Currently, the air forces of China, India, Indonesia, Vietnam and a few post-Soviet states operate this model. 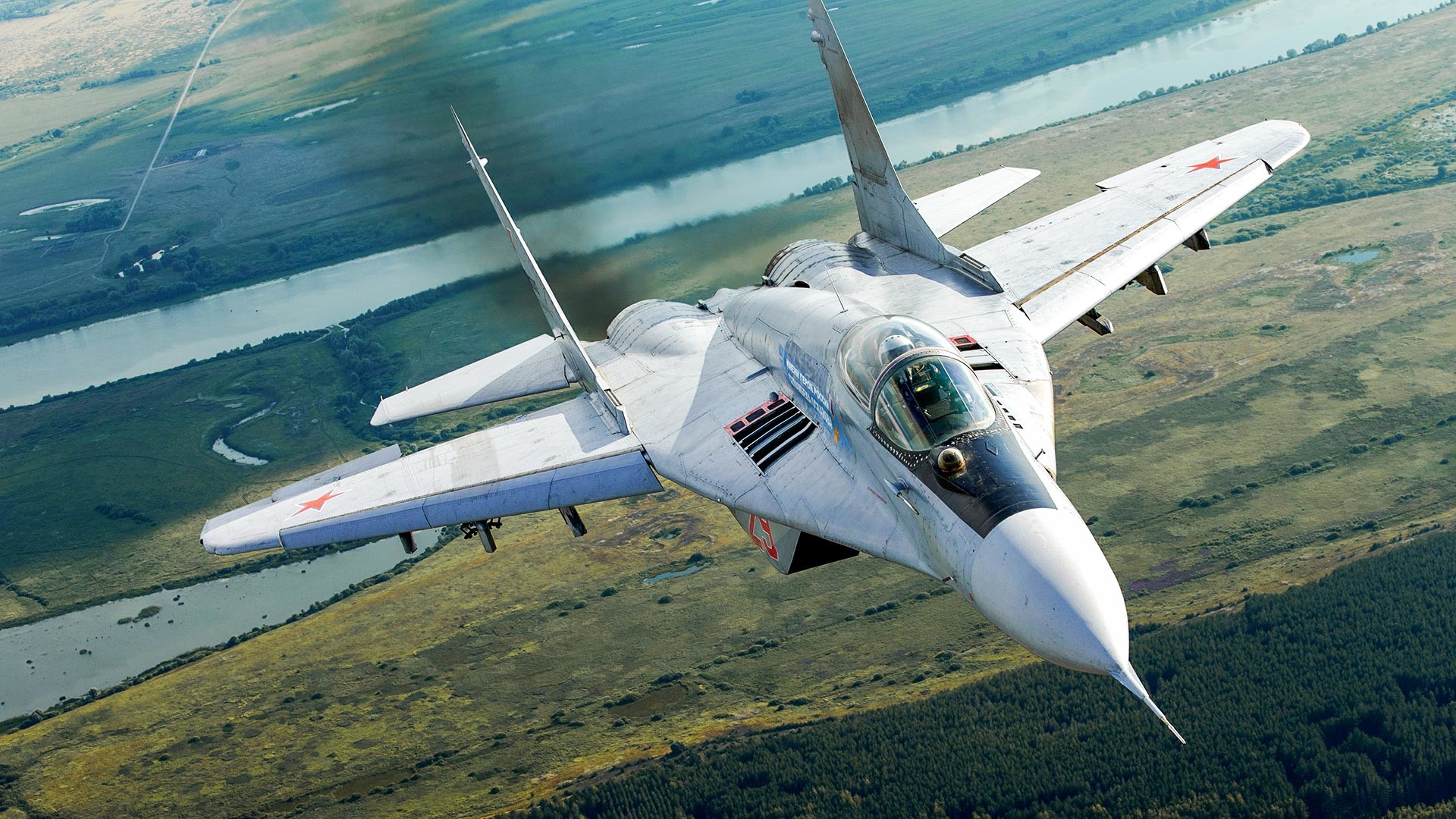 The Mikoyan MiG-29 was the second fighter jet that sprung from Soviet efforts to counter the U.S.-made F-15 and F-16 models. Although the smaller MiG-29 cannot compete with the Su-27 in terms of speed and combat range, it does surpass the famous jet in maneuverability. Tests conducted by the German military after the Cold War also revealed that Soviet MiG-29 was more agile than the American F-16.

The fighter jet can be equipped with air-to-air and air-to-ground missiles. First produced in the early 1980s, the MiG-29 remains in active service in Russia and several other countries including India, Serbia, Peru, Poland and others.

Currently, Russia intends to substitute both the Su-27 and the MiG-29 with the fifth-generation Su-57 fighter jet. 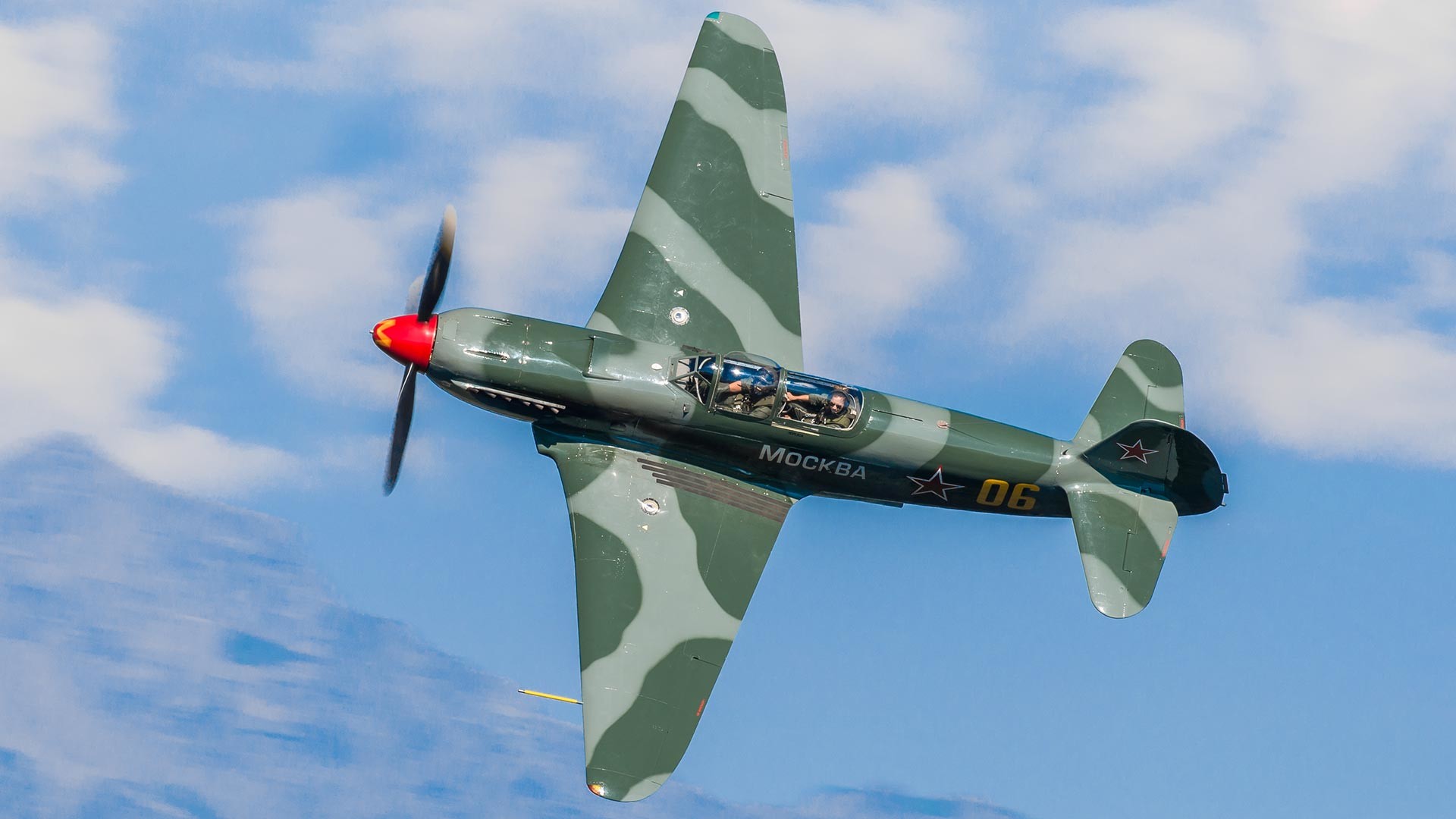 The Yakovlev Yak-9 appeared in 1942 when the Soviet Union fighting Nazi Germany needed it the most. This single-engine single-seat fighter aircraft with a propeller in front played a fundamental role in breaking the German Luftwaffe’s air superiority during WWII.

The Yak-9 proved an ideal platform for different types of air missions, including combat, training, reconnaissance, as well as passenger flights. 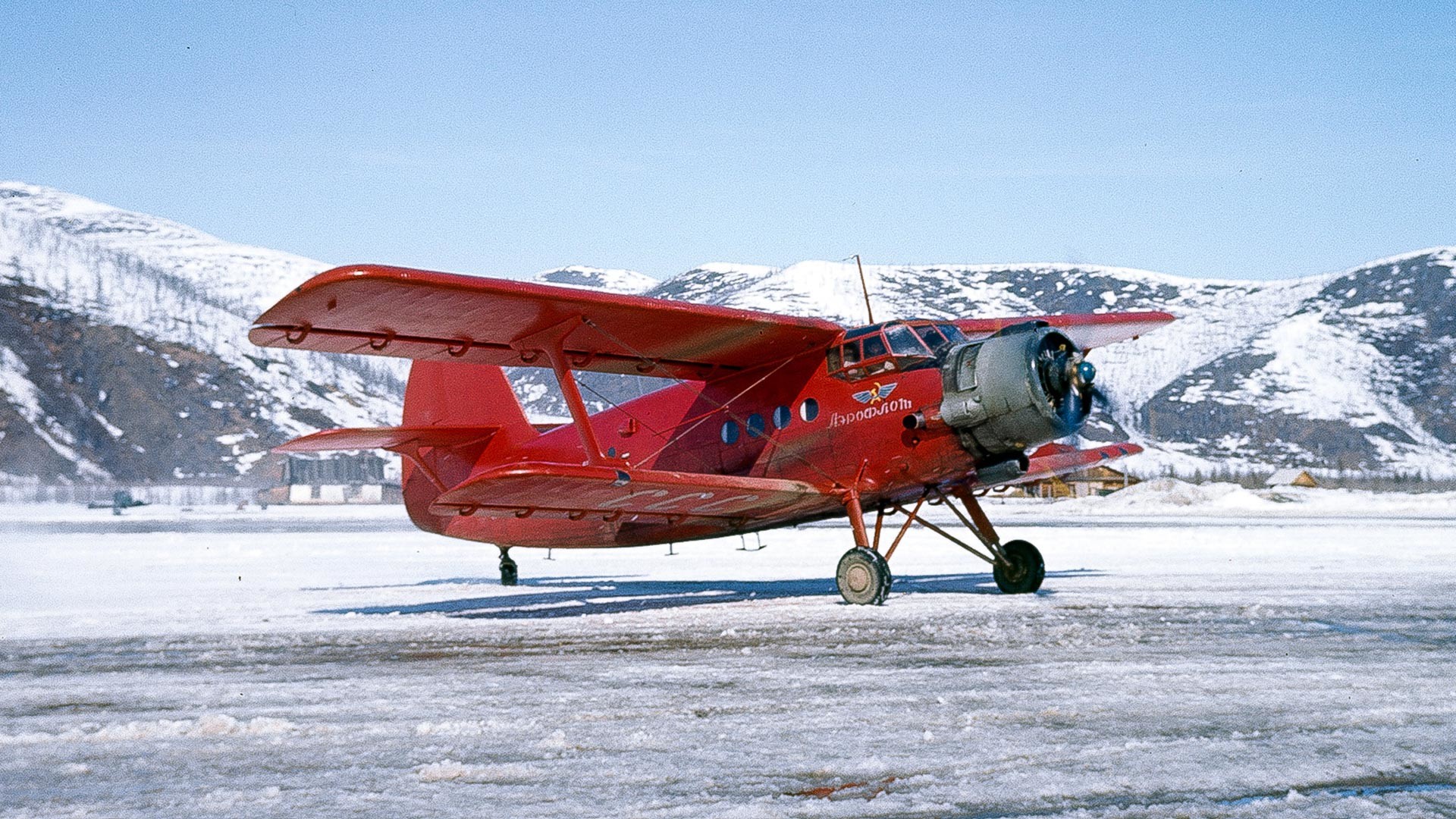 The Antonov An-2 is a truly legendary aircraft. Dubbed ‘kukuruznik’ — aka a corn crop duster — this single-engine biplane was designed for use in agriculture and forestry sectors, but it soon proved it was capable of so much more.

Soon after its production, the An-2 proved to be a remarkably durable and highly reliable aircraft. Its main advantages, however, were its high lifting power, combined with the ability to take off and land on virtually any flat surface not specifically equipped with runways. This incredible feature made the An-2 applicable in places where other planes would not be able to operate, due to technical or economic reasons.

Throughout the years, this simple and genius aircraft has been adopted for various missions including crop-dusting, water-bombing, atmospheric sampling, etc. It has also served as flying ambulances in remote parts of many countries. Its other modifications were used for deploying paratroopers.

Although it was first produced in 1947, the An-2 biplane still makes up about 90% of the small aviation sector in Russia, which earned it the moniker “the eternal aircraft”. 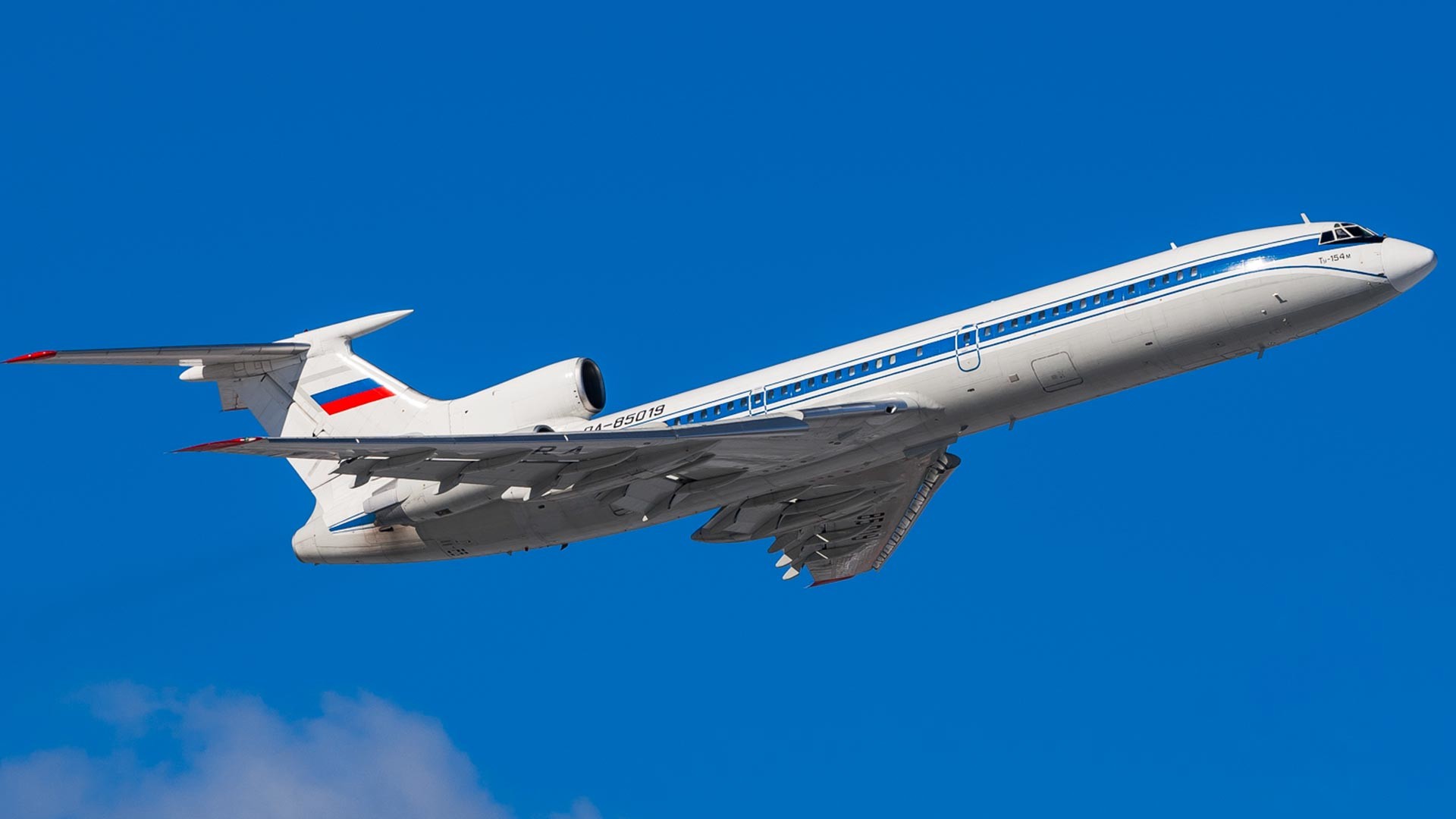 The Tupolev Tu-154 was the primary Soviet airliner. This three-engine narrow-body jet airliner conducted its first flight in 1968 and soon became the “workhorse” of Soviet and, later, Russian airlines, remaining in service for several decades.

In its prime years, the Tu-154 carried half of all passengers serviced by Aeroflot, the Soviet monopolist in the field of air transportation that operated virtually all aircraft in the USSR.

One of the most notable features of this airliner was its ability to take off and land on unpaved and gravel airfields, demonstrating incredible flexibility for an airliner of its size. It was widely used in the Arctic and other regions of Russia with extreme conditions.

Unfortunately, this model has also been involved in some aviation tragedies. In 2010, the Tu-154 carrying then Polish President Lech Kaczyński and the country’s leadership crashed near Smolensk, Russia.