What was the main rival of the AK-74 during army testing? 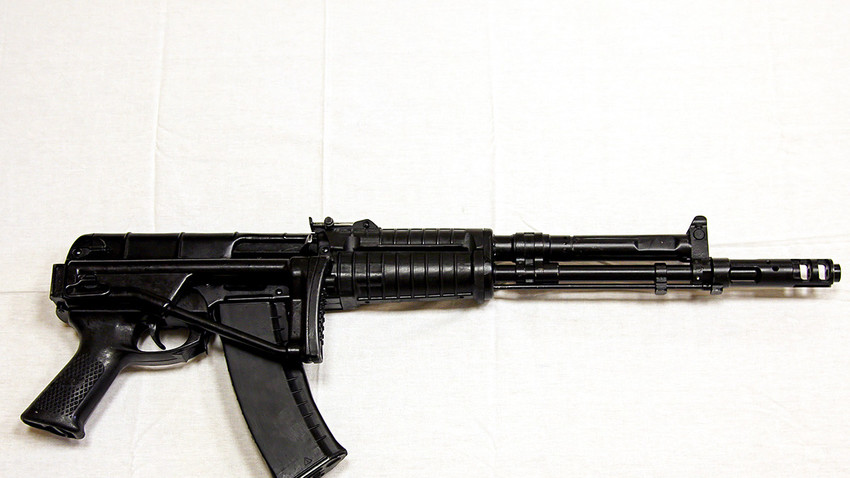 Vitaly V. Kuzmin/vitalykuzmin.net
This assault rifle was 1.5 times more accurate, yet too sensitive to warfare circumstances.

In the early 1970s, Soviet military command was looking for a brand new assault rifle that would replace the outdated AK-47 series. Kalashnikov Concern presented for the military trials their AK-74 model, while their rivals from a small town of Kovrov presented the SA-006 rifle that would end up out-classing the famous AKs in a number of areas.

SA-006 and its SpecOps reincarnation

“The AK-47 has a number of minuses - an excessively powerful cartridge and an unbalanced automation. It results in low fire accuracy, especially while firing stand up. That’s not good enough for close combat shootings and silent operations in buildings,” says a law enforcement source that preferred to stay anonymous.

These minuses were among the reasons the military command opened trials to find a modern replacement for the AK-47.

The SA-006 model made by Kalashnikov’s rivals proved to be an assault rifle with balanced automation.

There was compensation for the impact of the bolt carrier on the rear wall of the receiver and the recoil of the weapon was reduced by almost half.

According to the law enforcement source, the SA-006 wasn’t adopted by the military, but instead received a number of modifications and was then bought in limited quantities for FSB units. The reincarnation of the SA-006 is known today as the AEK-971.

“It has less recoil than an AK-74 and it’s fire rate is more than 900 shots per minute compared to the AK’s 600. It’s good, but it’s sensitive and is fit only for soldiers with proper shooting experience,” he says.

According to him, a low level, ill-trained soldier wouldn’t even know how to dissemble and maintain an AEK-971, as it has drastically more parts and requires special instruments compared to the AK-74.

“You can’t throw the AEK-971 in dirt and then pick it up and start shooting again. You have to know what to do with it and on which operations take it,” the interlocutor notes.

Experts explained the decision to adopt the AK-74 as the main weapon for Soviet soldiers as very simple - it was easier and more convenient for the Soviet weapon production industry to make parts and cartridges for Kalashnikov assault rifles, since they had already been doing this for a long time. Besides that, AKs are fit for all types of shooters, ranging from beginners to professionals.

“And if they took the SA-006 into development, then a lot of things would have to be modernized or simply changed, which would cost a lot of money. And since the AK-74 itself showed very decent results, they decided to stop at it,” notes the editor-in-chief of the ‘Homeland Arsenal’ magazine.