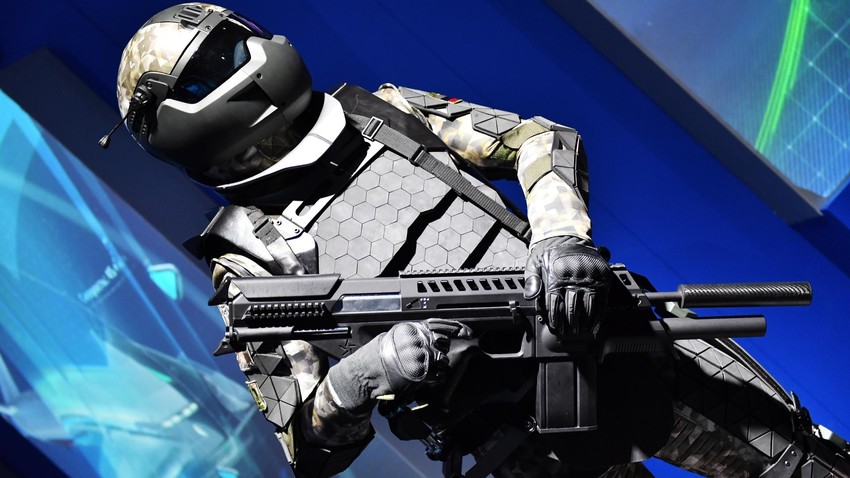 Natalia Seliverstova/Sputnik
It’s set to become the lightest body armor in the world that will be able to save a person from a bullet that’s capable of damaging light armored vehicles.

In late January, Russian state corporation Rostech announced details of the battle gear that’s meant to replace ‘Ratnik-2’ (click the link to find all the info about the latest Russian soldier equipment) and change the tides of war on the battlefield.

As the head of Rostech corporation Sergey Chemezov stated, the ‘Sotnik’ (aka ‘Centurion’) will be as light as a feather and will automatically adjust to any soldier’s body type. It’s defense is set to exceed all the existing body armor plates. It means that the ‘Sotnik’ will be able to withstand a .50 BMG direct shot (the bullet is able to penetrate a light armored vehicle up to 2 kilometers away) and a soldier will survive.

It’s also going to be made out of Russia’s new polyethylene fiber.

“The gear will not restrict movement and will allow you to take the extra weight necessary to perform special missions,” the state corporation said.

In the future, the ‘Centurion’ will not only be able to stop a bullet flying at a speed of up to 670 meters per second, but also extinguish the shock pulse, which can cause serious damage to internal organs even without breaking through the protection. “We expect to get such an effect through the use of special shock-absorbing components,” the corporation’s press service stated.

As the director of the Rostech weapons complex Bekhan Ozdoev said last November, the ‘Centurion’ will be lighter, more ergonomic, more reliable and more technologically advanced than the ‘Ratnik’. The equipment, Ozdoev noted, can receive robotic additions, as well as elements of artificial intelligence.

There is also a possibility of including an active titanium exoskeleton with mini-electric motors. Specialists at the Rostech corporation are currently working on the power sources for the new exoskeleton.