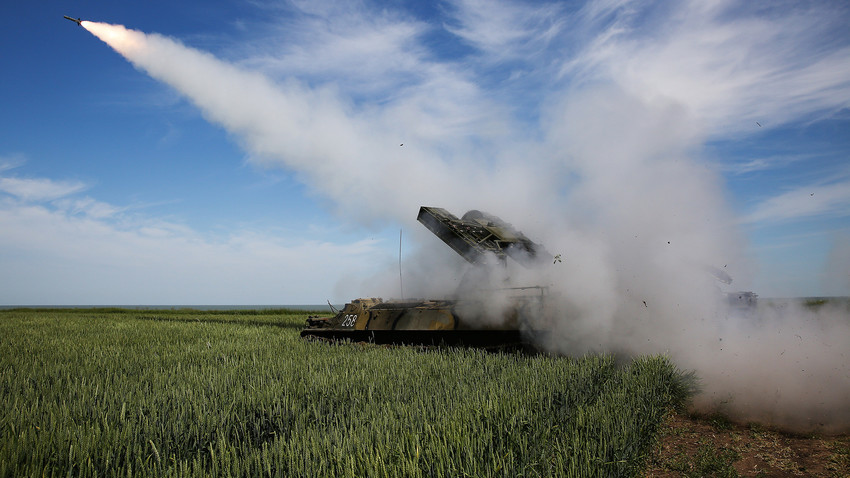 Vitaly Timkiv/Sputnik
These projectiles will become an integral part of the ‘9K35 Strela-10M’ surface-to-air system.

The Kalashnikov Concern in the beginning of 2021 launched a mass production of a new guided missile 9M333, designed for anti-aircraft systems of the 9K35 ‘Strela-10M’ family.

The weapon will be delivered for use by the army forces of the Russian Defense Ministry.

As noted by the concern, the new ammunition works on the principle of “shot-forgot”. “It means that you lock down the target, press a button, launch the missile and concentrate on a new target while the missile hits the target in 99,9% cases,” says Vadim Kozulin, a professor at the Academy of Military Science.

According to him, a distinctive feature of the missile is the homing head, which operates in three modes. “In particular, these are photo-contrast, infrared and interference modes. This is the biggest advantage over other ammunition of this class,” notes the expert.

The 9M333 missile is designed to destroy low-flying aircraft and helicopters at any time of the year in conditions of optical interference by the enemy, as well as drones and cruise missiles.

Anti-aircraft missile systems of the Strela-10M family are designed to protect military units in battle and on the march from air attack and reconnaissance vehicles flying at low and ultra-low altitudes. As of 2020, they are among the most common air defense systems in the world.

As the expert believes, these missiles with high-explosive warheads will be mainly used to defend Russian and foreign troops against drone armadas.

“There are several reasons why drones have become terrorists’ main strike weapon. Firstly, to carry out an attack, any cheap and basic drone will do, which any engineer can make in a field and attach improvised explosives to it. Secondly, all air defense systems of the world’s greatest powers are intended for destroying fighters, bombers, cruise missiles, etc,” states the professor.

In other words, these are very expensive weapons, with expensive missiles, aimed against similarly expensive systems. Firing S-400 or TOR air-defense missile systems at small improvised drones is expensive and inefficient.

Thus, troops needed a cheaper, but still effective, weapon that counters these kinds of drone threats.

According to him, the Strela-10M differs from its Russian and foreign counterparts with its latest homing warheads that makes it difficult to shoot down. “Even with the use of heat traps, it’s become much harder for the enemy to shoot down a missile fired from the Strela-10 M air defense system,” concludes the expert.