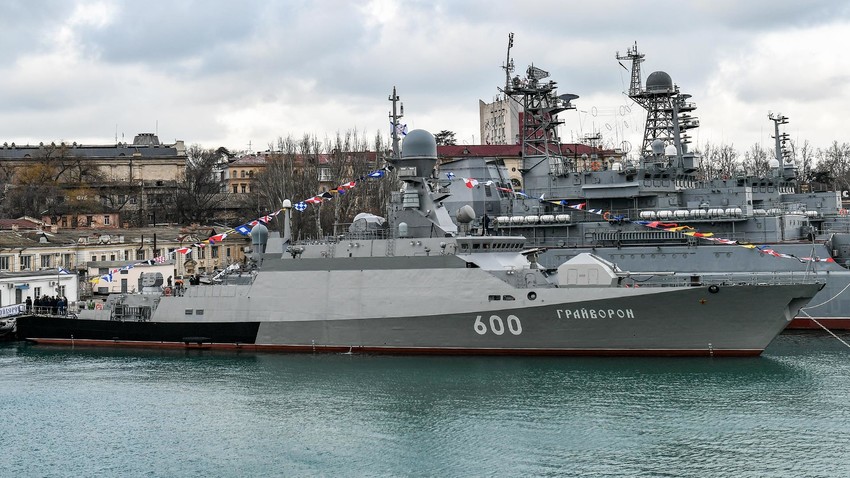 Konstanton Milhachevsky/Sputnik
It’s capable of striking enemies and pirates wandering into the Suez Canal from the Russian territory.

In late January 2021, the Russian Black Sea fleet received a new Buyan-class corvette (a small artillery and missile ship according to Russian classification) dubbed the ‘Grayvoron’, with ‘Kalibr’ cruise missiles on board.

All subsequent vessels are being constructed according to the improved ‘Project 21631’ subclass, incorporating greater tonnage, stealth technology and the 3S14 vertical launching system for either Kalibr or Oniks anti-ship cruise missiles, significantly enhancing combat capabilities.

According to editor-in-chief of the ‘Independent Military Observer’ Dmitry Litovkin, the ships are primarily designed for operations within littoral zones to protect Russia’s vast coastal areas.

“Due to the small tonnage, they can operate even within shallow parts of oceans and seas, as well as Russia’s river system. This feature allows Buyan-class corvettes to easily change their dislocation point and hide within rivers. It’s also important if you need to change theaters of probable combat operations,” he says.

According to him, a purely “tactical” type of ship from the first glance is capable of solving quite strategic tasks due to its eight Kalibr cruise missiles capable of hitting targets at distances of up to 1,500-2,500 km.

“To put it simply, Buyan-class corvettes can hit targets in the Suez Canal or in the Mediterranean Sea, while being situated in the Caspian or Black Sea,” the expert notes.

The new shell alongside its stealth systems gives Buyan-class corvettes advantage over the NATO analogues. “The whole point during the creation of these ships was to make them undetectable on modern radars. In order to achieve that engineers created a new shell from composite materials. As the creators suggest, the ship’s invincible to enemies. But our hope is we won’t ever have to find out whether it’s true or not in real battle,” he concludes.

The Buyan-class corvette’s main difference from Soviet predecessors are its eight silo launchers for cruise missiles and anti-ship missiles. Due to that, the ship itself has become quite big for a corvette - 74 meters long. It can cover up to 2,500 nautical miles without needing to re-dock. The ship’s artillery armament consists of: a 100-mm A-190M artillery mount and a 30mm AK-630M-2 ‘Duet’ artillery mount. In addition, the armament includes 2 ‘Gibka R’ anti-aircraft missile launchers, as well as two 14.5 mm and 3x 7.62 mm machine guns. 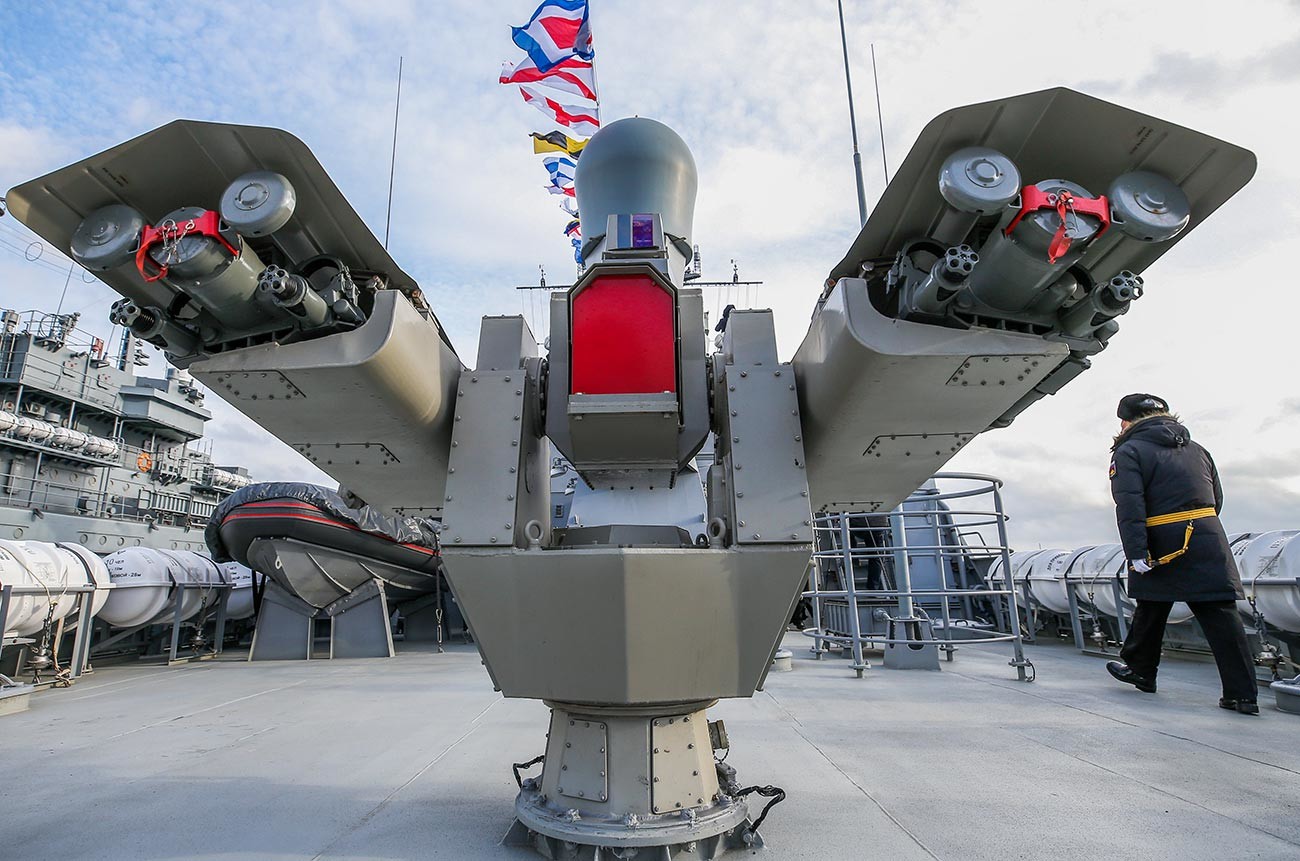