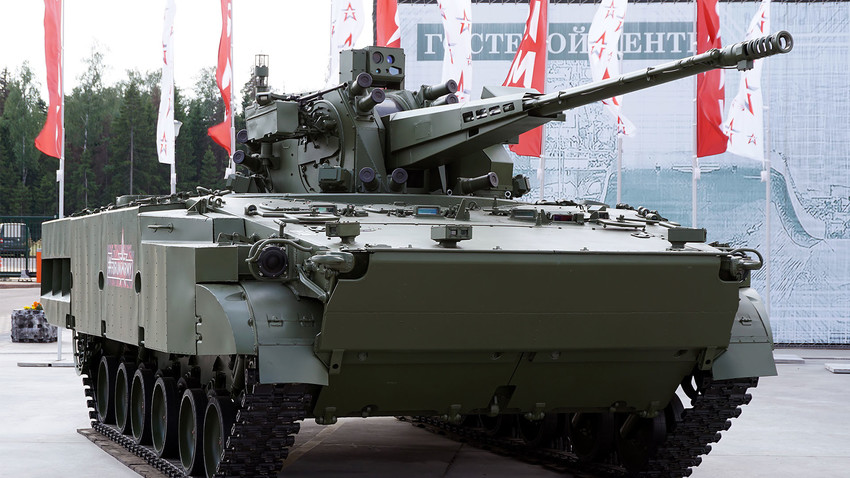 VITALY KUZMIN
This ammo will give a light artillery system advantage against all low-flying targets and will give it a possibility to “blind” modern tanks.

The anti-aircraft artillery complex ‘Derivation’ will receive new ammunition with multifunctional, armor-piercing, sub-caliber and guided projectiles by 2022. That’s according to the press service of UralVagonZavod corporation, Russian monopolist on the state’s tank market.

The self-propelled anti-aircraft system is based on the chassis of the BMP-3 infantry vehicle and is equipped with a 57 mm automatic cannon module. The gun is capable of firing ammunition with remote detonation, which is mostly effective against low-flying aerial targets.

The combat vehicle is primarily designed to combat drones, cruise missiles and aircraft weapons on low altitudes. But it is also capable of eliminating ground targets.

“57 millimeters is the maximum caliber for artillery units that can be installed on electronic control systems. If we take into consideration the density and accuracy of ‘Derivation’s’ fire rate, we can state that such guided projectiles will drastically increase the firepower of a unit,” said a source from the military industrial complex that asked to stay anonymous.

As he suggests, the addition of these guided projectiles to ‘Derivation’s’ arsenal will make it a threat even for battle tanks on the battlefield.

“Hitting an armored tank with 57-mm projectiles will ‘blind’ its electronic systems and make it vulnerable against other Russian weapon systems,” the expert noted.

Meanwhile, the addition of these ammo systems also increases ‘Derivation’s’ capabilities in battle.

“Now it will be able to target armored vehicles, as well as enemies’ outposts on the battlefield, alongside low-altitude aerial targets,” he stated.

According to him, due to the optoelectronic guidance and reconnaissance systems, as well as the advanced fire control systems, ‘Derivation’ does not need a radar station that cloaks its position to enemies.

“Besides that, tele and thermal imaging channels can effectively find targets in all weather conditions without unmasking a unit to enemies,” concluded the expert. 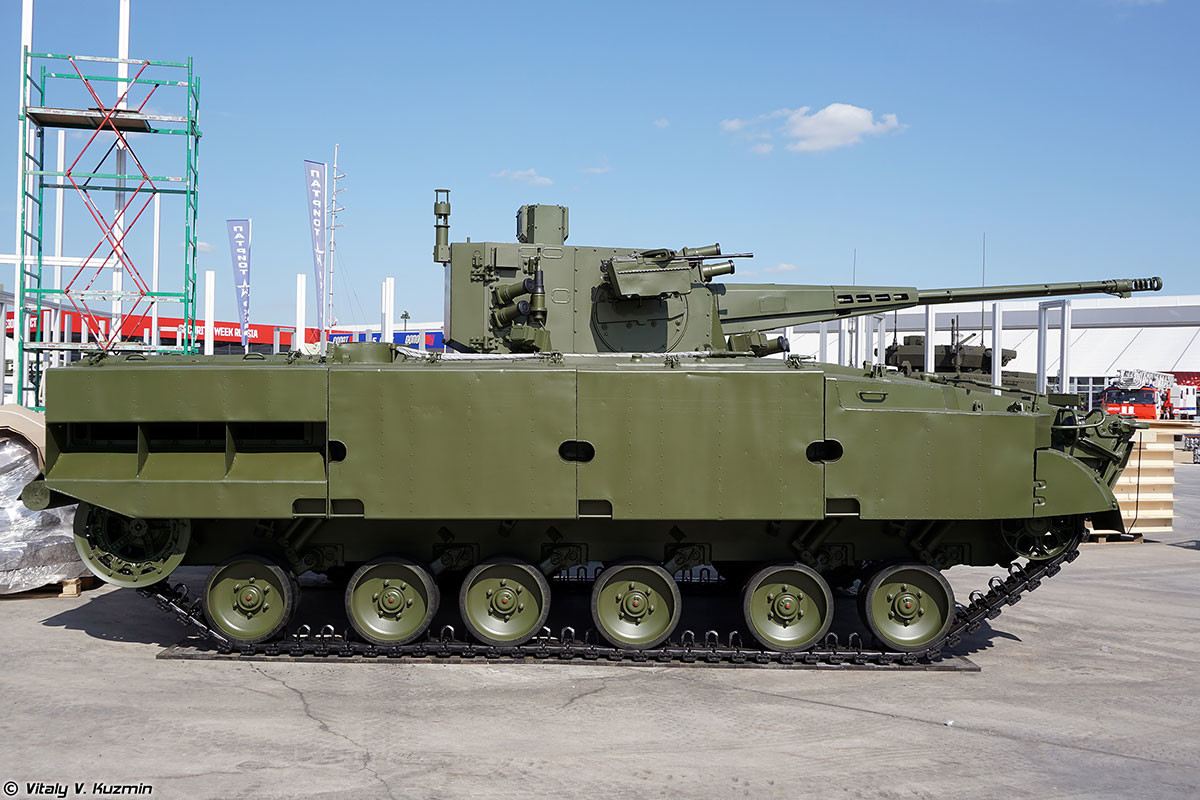 With a firing rate of 120 rounds per minute, the ‘Derivation’ is capable of launching a whole row of projectiles and instantly detonating them, whereupon the cloud of fragmentation debris will wipe out any incoming drones.

In terms of range, the ‘Derivation’ is comparable to NATO’s laser-guided UMTAS anti-tank missiles, as well as the Roketsan MAM-C and MAM-L smart munition systems, used by the Turkish Air Force in the Middle East.

One particular feature of ‘Derivation’s’ AU-220M cannon is its modularity. Put simply, it can be installed both on heavy equipment, in the form of multi-ton caterpillar-track platforms or ships, as well as on BRM-3 infantry fighting vehicles or BRM-3K reconnaissance vehicles.

“There also exists a version of the AU-220M for transport aircraft. This transforms the Il-76 or An-12, in terms of combat power, into the equivalent of the US C-130 Hercules. For military transporters, the AU-200M is made in 30 and 105-mm calibers,” said the source.