TOP 4 tanks of the Russian army 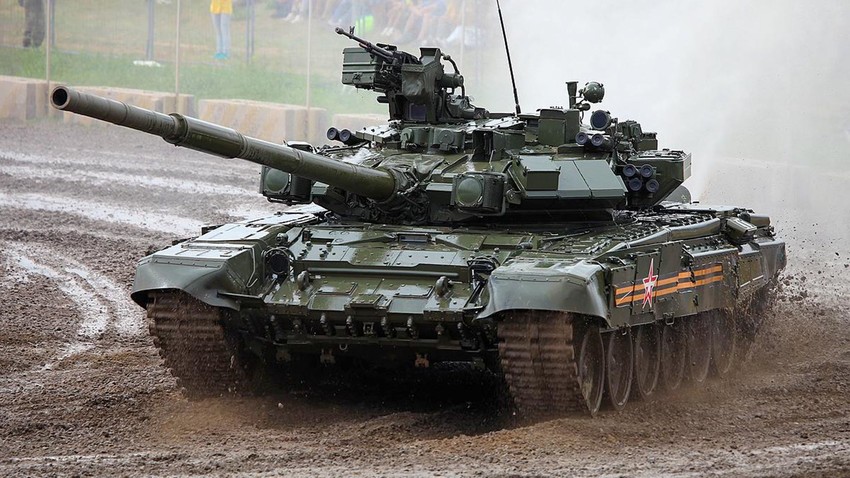 Vitaly V. Kuzmin/vitalykuzmin.net
These are some of the meanest machines that helped shape the history of Russia and the whole world. 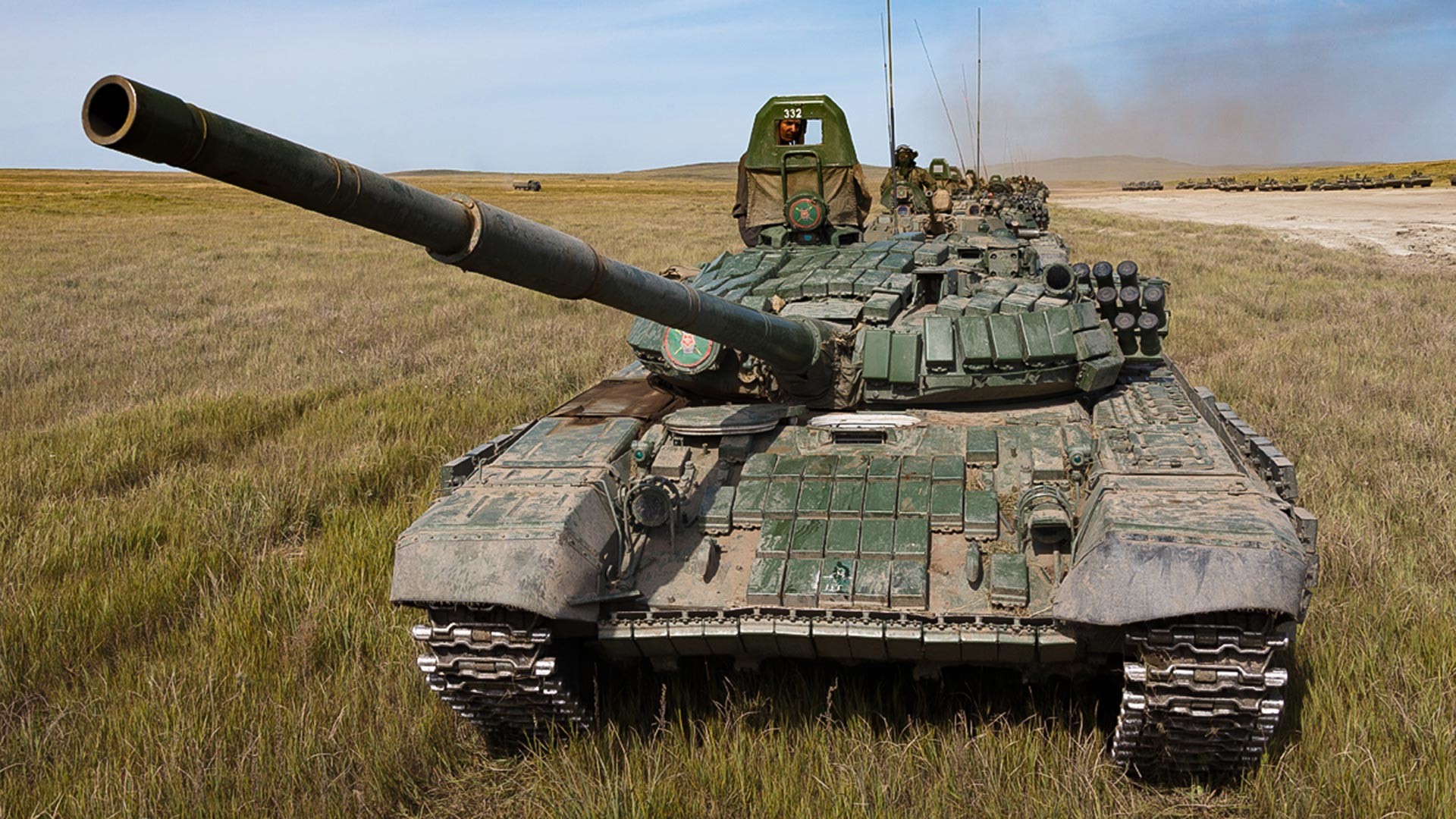 The “oldest” tank in service is the T-72BM ‘Ural’. The tank was adopted in 1973 and still has the potential for future improvements.

This is the most produced second generation tank and more than 30,000 units have been built to date. There are numerous modifications for both domestic and foreign markets.

What differs the T-72BM from other second gen models is the built-in dynamic ‘Contact-5’ protection system that can shoot down enemy projectiles flying towards the machine.

The tank also has a 125-mm smoothbore cannon, which allows it to fire guided missiles. The V-shaped multi-fuel diesel engine with a capacity of 840 hp allows a driver to accelerate up to 60 km/h on highways and up to 35-45 km / h on rough terrains. 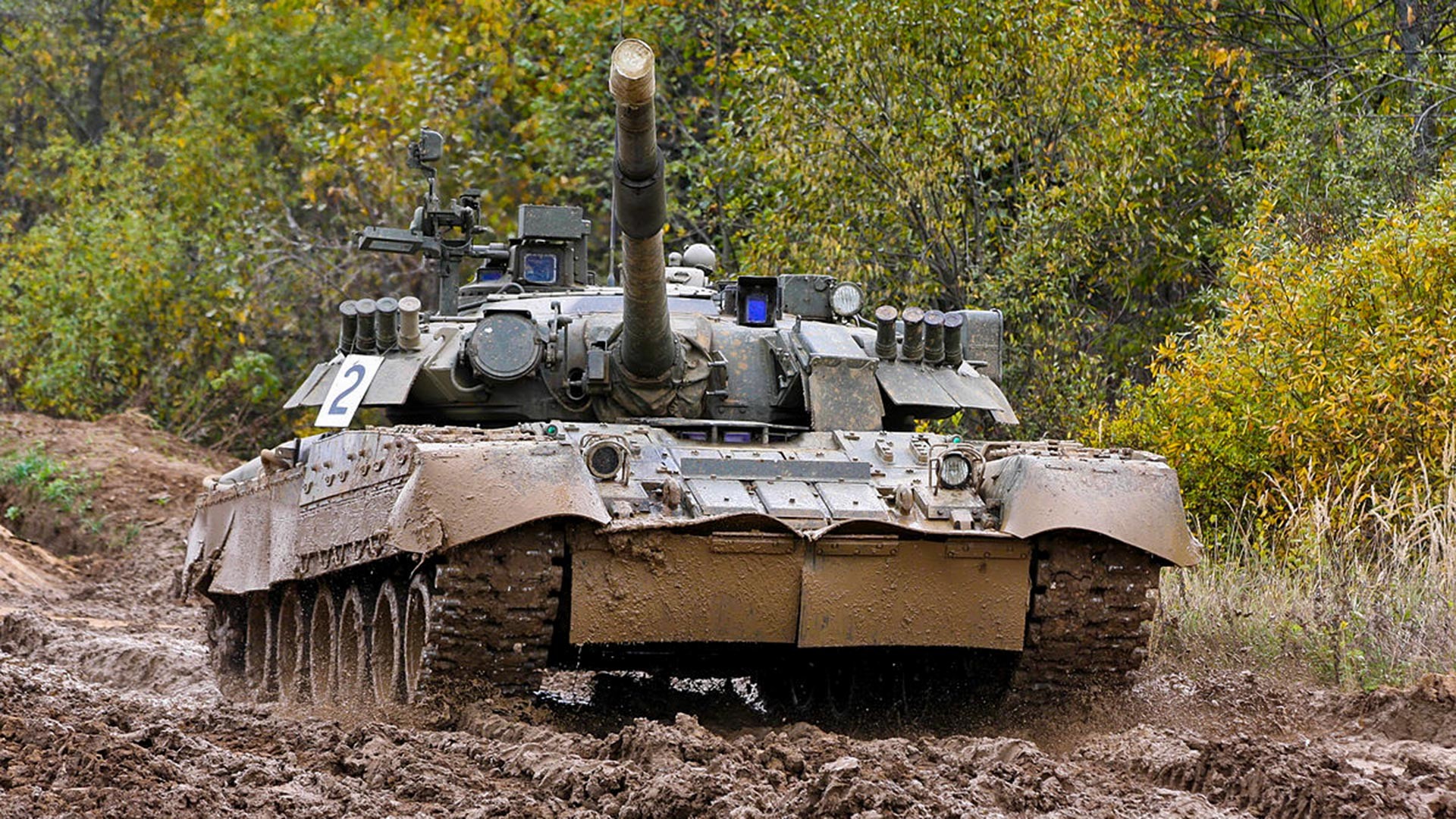 This is the world’s first tank with a gas turbine engine, often dubbed a “helicopter” or “jet” for its characteristic whistle. Regular gasoline, kerosene and diesel can be used as fuel. In emergencies, fuel oil, natural gas, water gas, alcohol, ship fuel and even crushed coal can be used.

The T-80U’s engine produces 1,250 hp; its maximum speed on highways is 70 km/h, while on rough terrain - 45 km/h. This tank was created at one time to break through the whole of Europe, as the probability of a new war was very high. And the engine allowed you to “eat” anything and constantly move forward. But there were also disadvantages: the technical complexity of the repair and fuel consumption. The tank could only be repaired at the factory and the consumption was about 8 liters per kilometer. By comparison, the diesel T-72 consumes just 2-4 litres per 1 km. 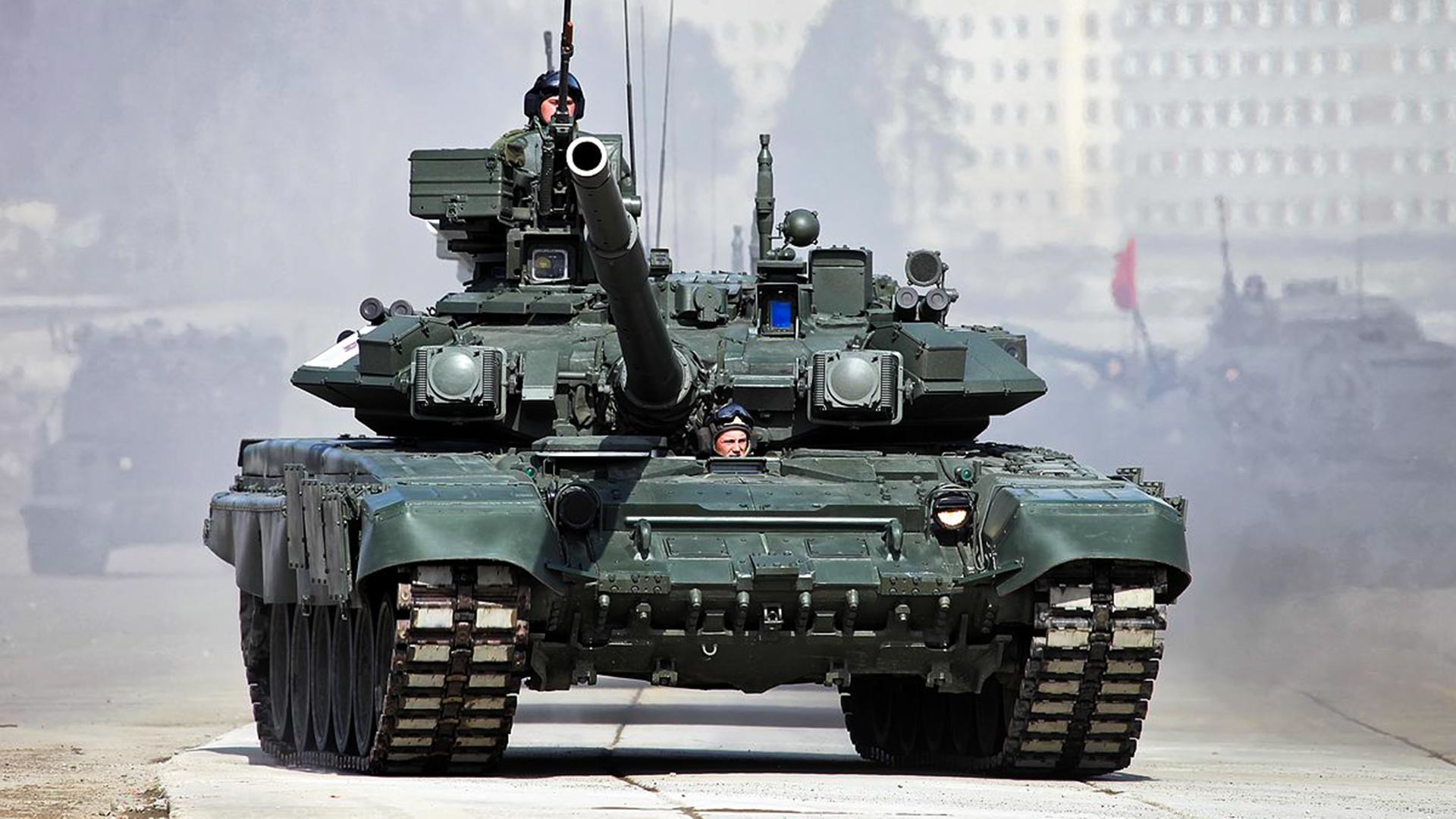 The nickname ‘Vladimir’ is taken from the name of the chief designer of the tank. This was the way the government of the Russian Federation honoured its creator’s memory.

In 2011, purchases of the T-90 for the Russian army were discontinued to free up funds for the new T-14 ‘Armata’. For this reason, they abandoned the most recent modifications of the T-90, which already has a modular dynamic ‘Relic’ protection.

Around 400 T-90s are currently in service, most of them with ‘A’ modifications. There are also about 200 units in storage. 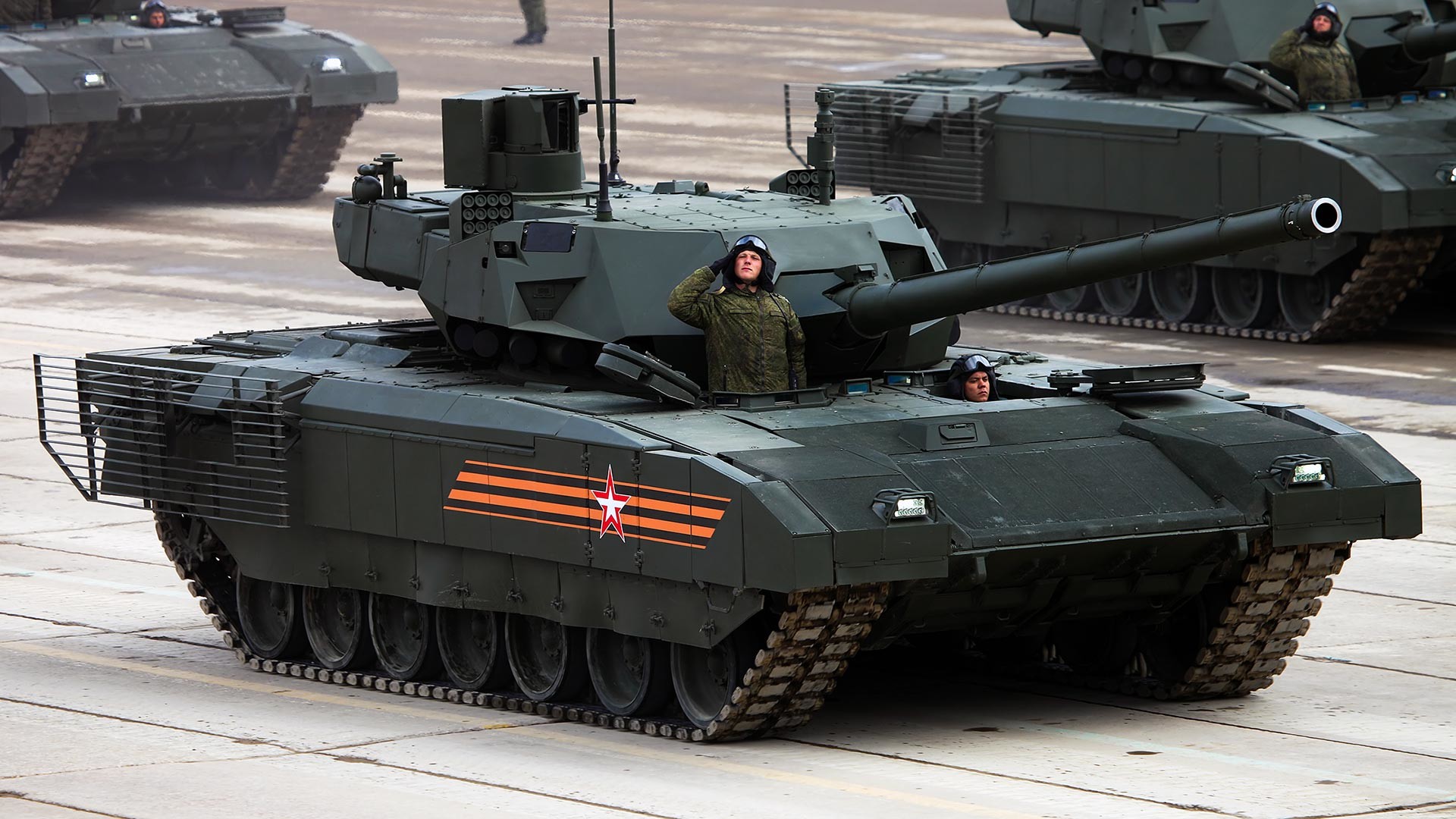 The basic version of the T-14 tank is designed for use with a 125-mm gun. However, according to the weapons manufacturer, this combat vehicle can also be supplied with a 152-mm cannon, as well.

In addition, each new Russian tank is equipped with its own radar system, which gives it specific advantages, in terms of aiming and firing control. Thus, the T-14 can also hit aircraft and intercept rockets and missiles launched by an enemy.