Not just bears and tigers! Even the world’s largest owls live in Russia 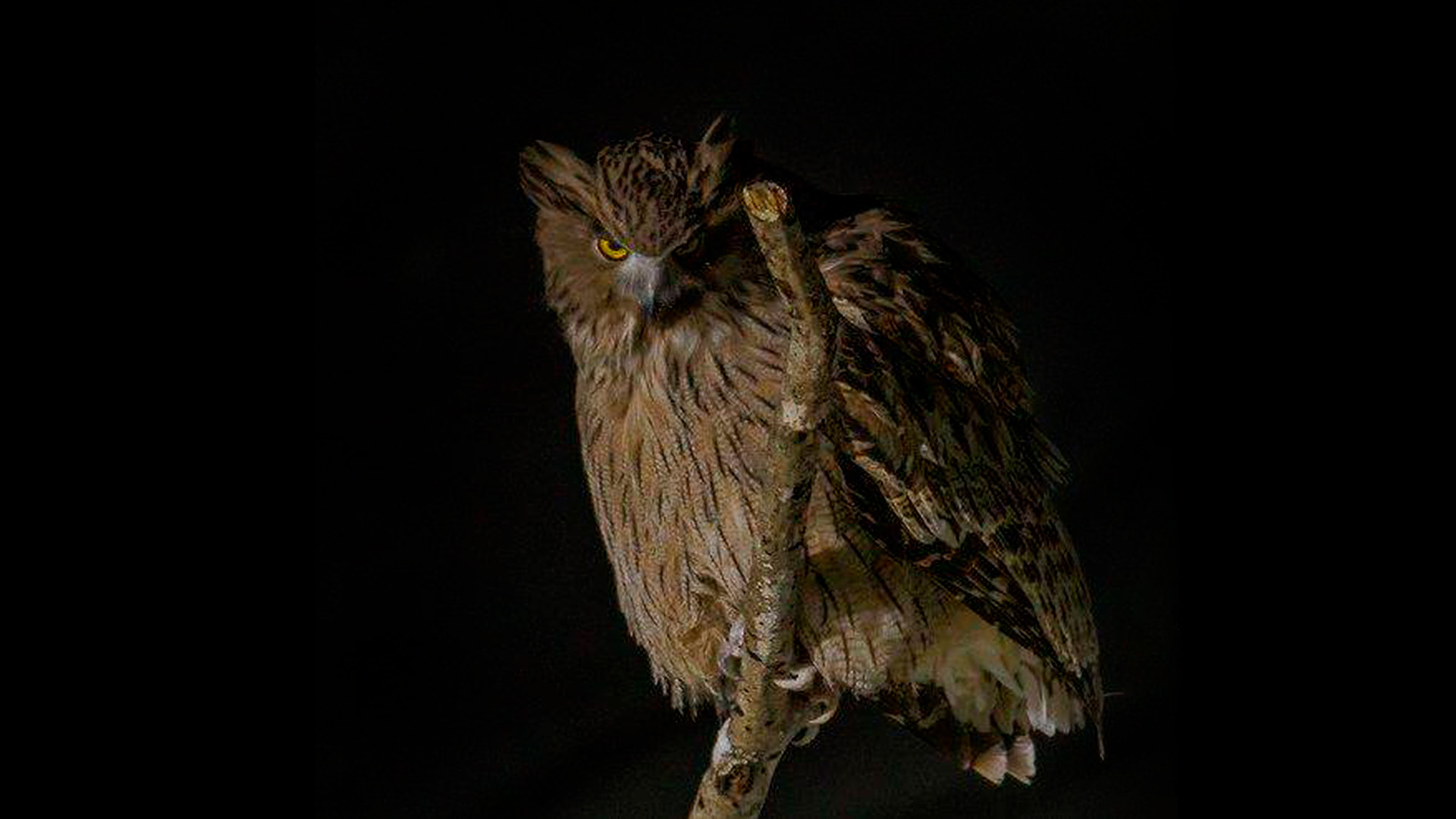 redbookrf.ru
The Primorye territory is home to anything between 200 and 400 Blakiston’s fish owls. International efforts are on to save the beautiful species from extinction.

When it comes to the fauna of the Russian Far East, it’s the large cats that stand out. Well-publicized international conservation efforts to save the Siberian (Amur) tiger and the highly endangered Amur leopard have made these felines the unofficial mascots of Russia’s eastern forests. However, the taiga of the Primorye territory, which borders North Korea, China and the Sea of Japan, are home to the largest living species of owl on the planet – the Blakiston’s fish owl. 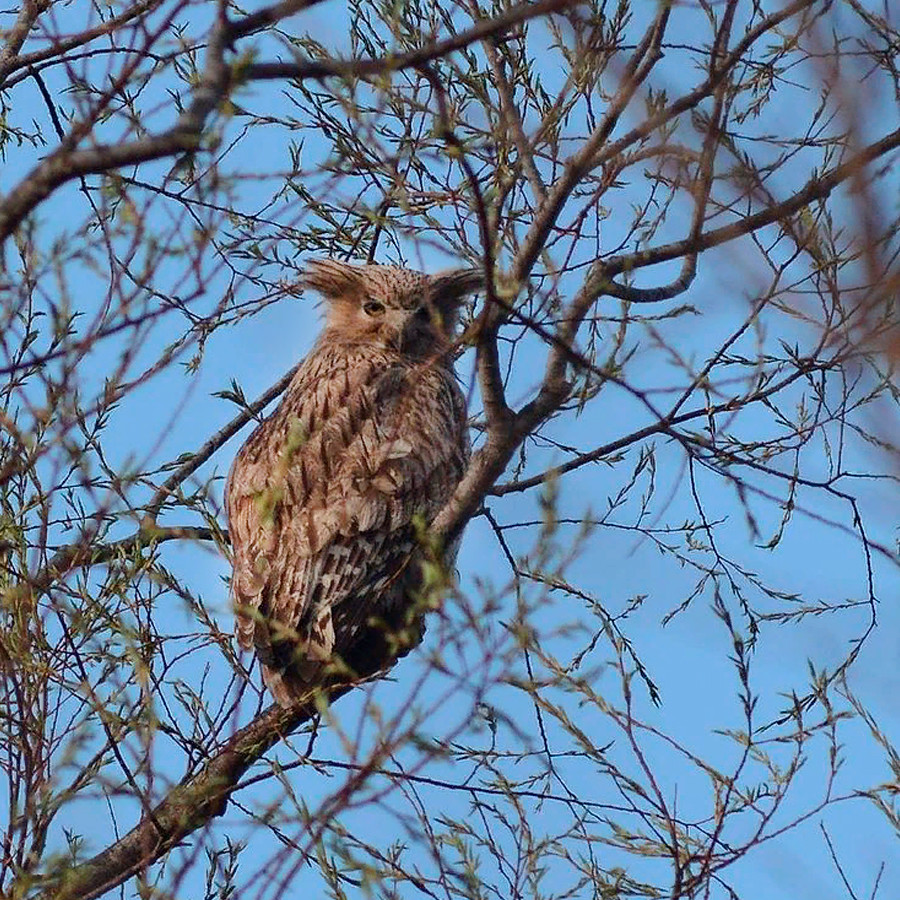 These beautiful owls have a wingspan of six feet, and are usually over two feet tall. The female is much larger than the male and can weigh up to 4.5 kg.

Their habitat extends into Hokkaido, Japan and China’s Heilongjiang province. They are listed in Russia’s Red Book of endangered species, and can be found as far north as Magadan, and as far to the east as Sakhalin and the Southern Kuril Islands, where a subspecies is present.

They are a sedentary species and don’t like to get out of their comfort territory, unless extremely hungry. This begs the question of how these owls, which are not found anywhere close to Europe, received their British name. It turns out that the first European to notice this elusive bird was Thomas Blakiston, an English naturalist who lived in Japan in the 19th century. In 1883, he collected an owl specimen in Hokkaido that was later named the Blakiston’s fish owl by Henry Seebohm, an English steel manufacturer and amateur ornithologist. 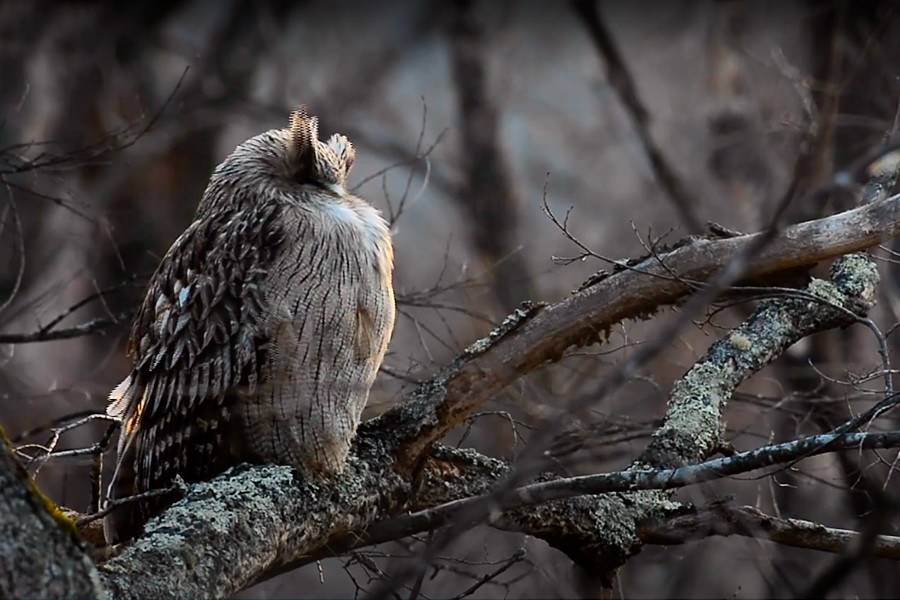 Blakiston’s fish owls specialize in hunting in riparian areas. The birds have evolved to specialize in hunting fish instead of mice. Their favorite hunting grounds are riverbanks. Their diet includes spawning salmon, crayfish and frogs, and they are strong enough to catch fish that weigh up to a kilogram. While their usual mode of catching prey is to sit on a stone by the bank and pull out fish, they also go belly-deep in the water to trap a victim.

In the Russian Far East, the top layers of rivers freeze in the winter months, making life more difficult for these owls. However, the birds find open water either where the river current is fast-flowing enough or where there is an upwelling of warm spring water. A few meters of open water is enough for the fish owls to last out the winter. In the coldest months, the owls even hunt smaller birds. 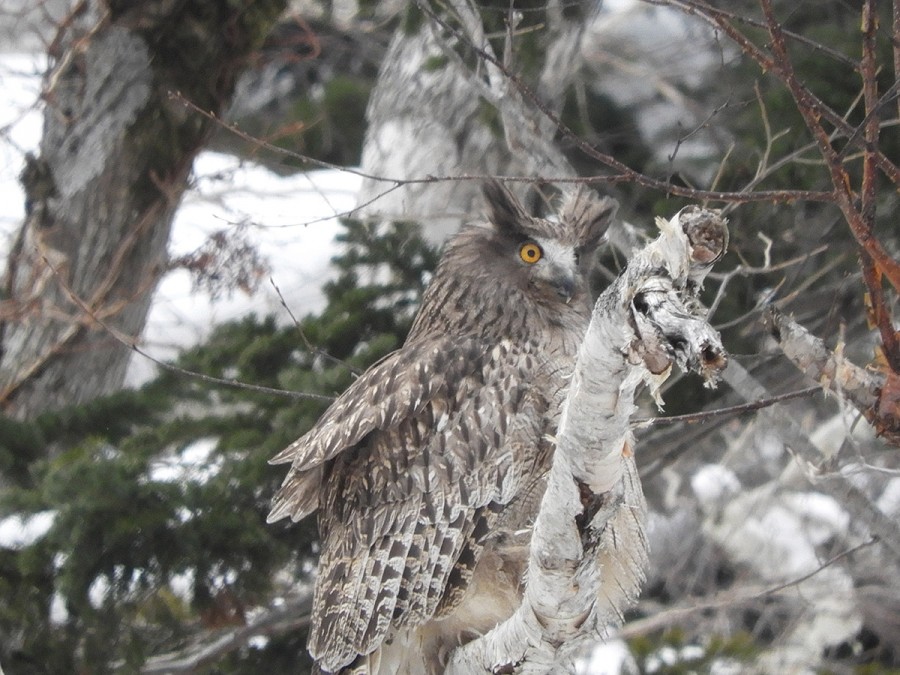 According to the best estimates from conservationists, there are 3,700 of them remaining in the wild. Primorye is home to anything between 200 and 400 fish owls. Like the tigers and leopards of the Russian Far East, these owls are by no means, social creatures, and were almost erased from the living memory of residents of southern Primorye.

In 2000 Jonathan Slaght, then a young wildlife biologist from Minnesota, spotted one of these birds while he was on a hike with his friend. He unexpectedly flushed a fish owl, which panicked and took to flight. “Taking to the air with labored flaps, it hooted its displeasure, then landed for a moment in the bare canopy perhaps a dozen meters above our heads,” Slaght wrote in his 2020 book titled Owls of the Eastern Ice: A Quest to Find and Save the World’s Largest Owl. 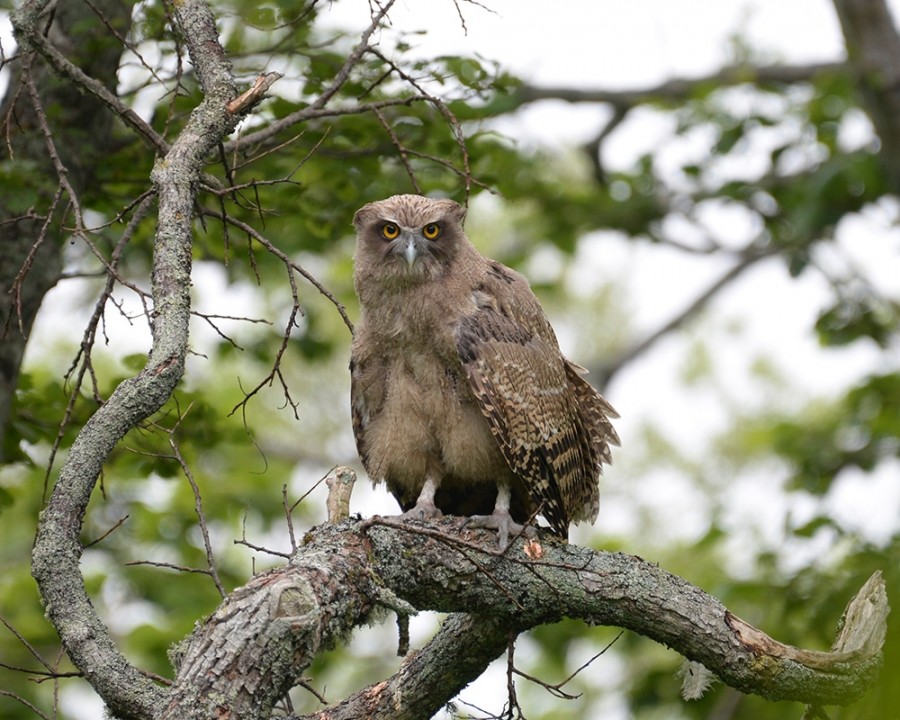 “This disheveled mass of wood-chip brown regarded us warily with electric-yellow eyes.” Slaght and his friend weren’t sure of what the bird was. “It was clearly an owl, but bigger than any I’d seen, about the size of an eagle but fluffier and more portly, with enormous ear tufts.” It was the first time in a century that anyone had spotted the fish owl this far south.

Slaght has dedicated the greater part of the last two decades to the conservation of the fish owl, and documents his numerous journeys to Primorye over this period in his book.

The expansion of the logging industry and the construction of dams in Primorye have majorly contributed to the species becoming endangered. Commercial fishing also poses a threat to these birds with many owls getting caught in salmon nets and drowning. 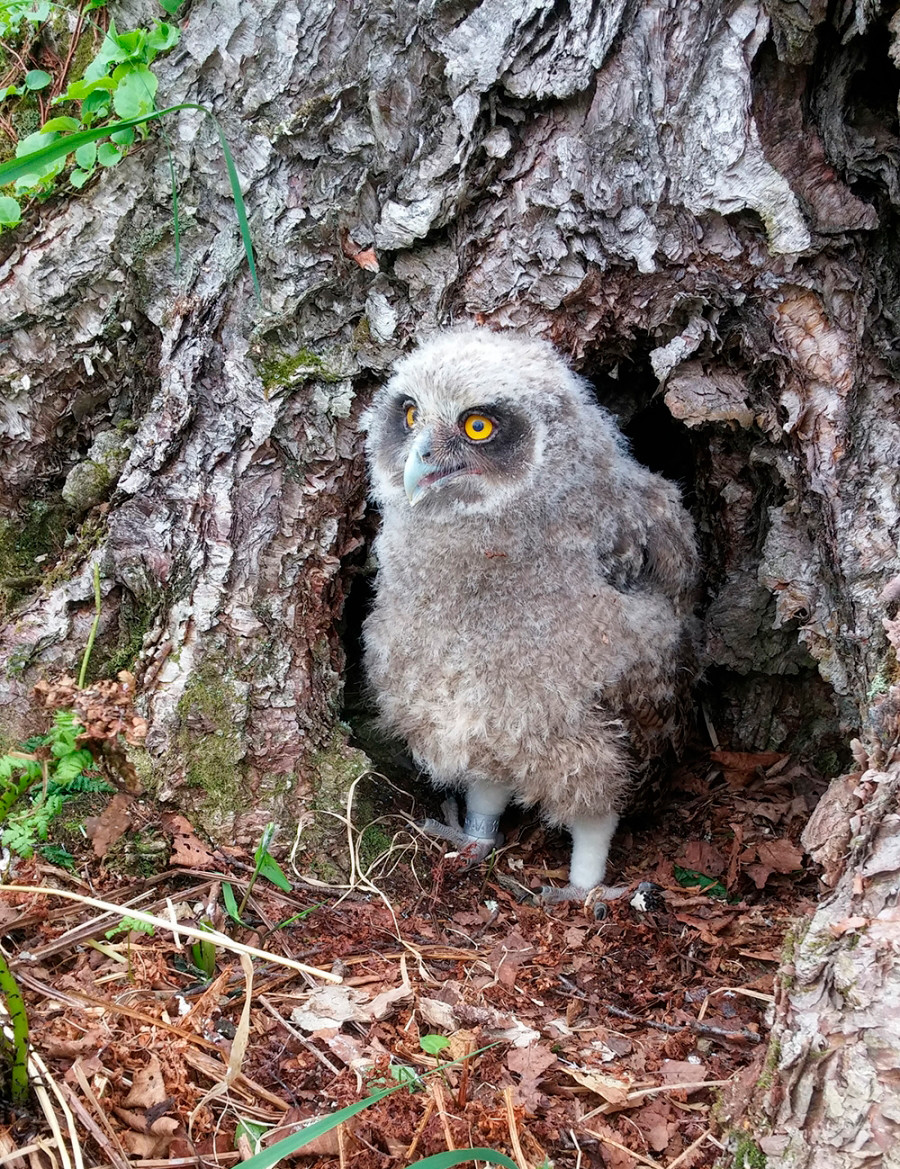 Although it’s illegal to hunt these birds, news agencies from the Russian Far East occasionally carry reports of fish owls being shot by hunters. Biologists in Primorye say that many a time hunters just shoot a large bird they see from a distance; not knowing it’s a fish owl. Such hunters leave the bird behind when they realize what they have shot.

Then there’s the danger posed by climate change. A 2016 typhoon destroyed 1,600 square kilometers of forest in Primory’s Sikhote-Alin Biosphere Reserve, a major habitat of these birds. 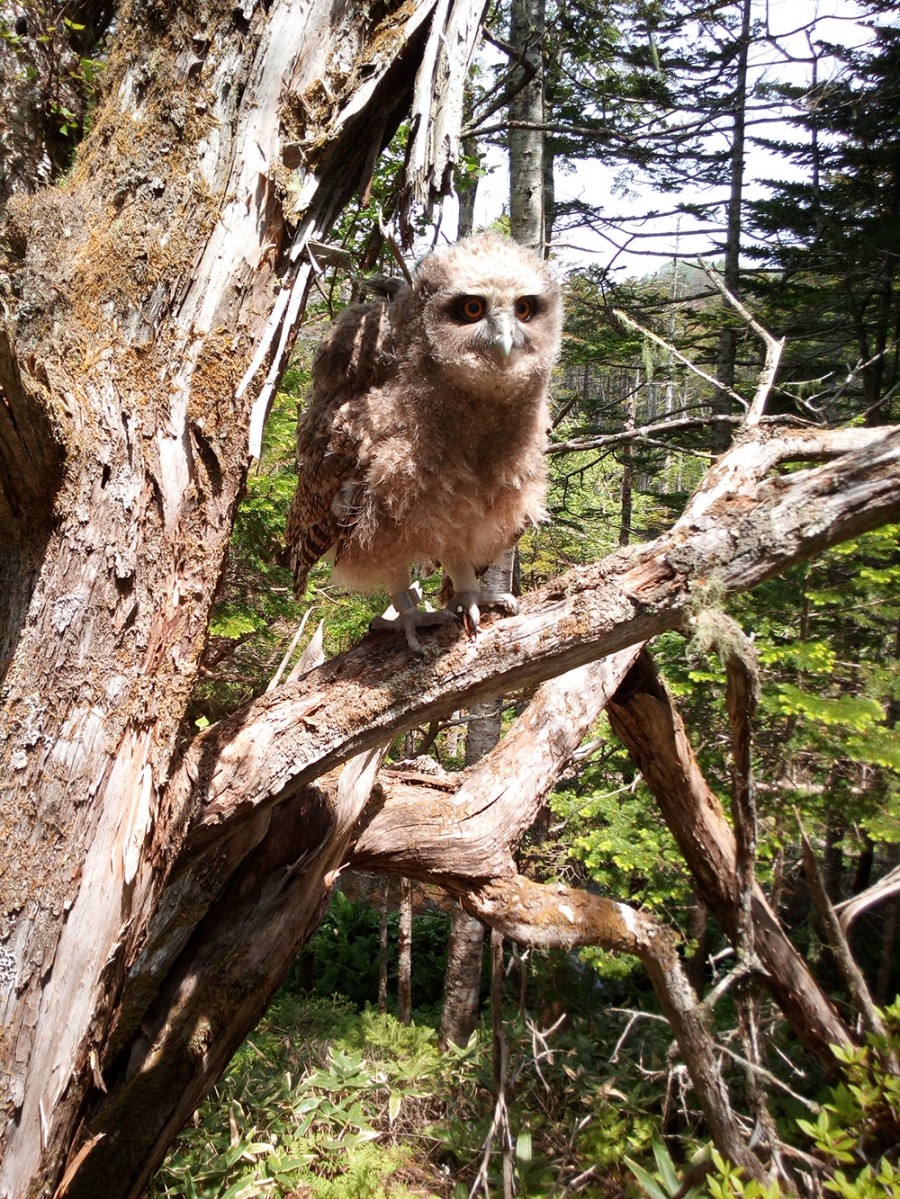 Some 200-400 out of 3,700 owls remaining in the wild inhabit the Primorye territory of the Russian Far East

“Primorye is, more so than most of the temperate zone, a place where humans and wildlife still share the same resources,” Slaght wrote in his book. “There are fishermen and salmon, loggers and fish owls, hunters and tigers. Many parts of the world are too urban or overpopulated for such natural systems to exist; in Primorye, nature moves in a flow of interconnected parts.” The American biologist, who is the Russia and Northeast Asia Coordinator for the Wildlife Conservation Society, believes that, with proper management, the owls can be saved.

Wildlife enthusiasts and photographers hoping to get a glimpse of these large owls should visit Primorye in the winter, when these elusive birds are easier to spot on frozen white riverbanks.