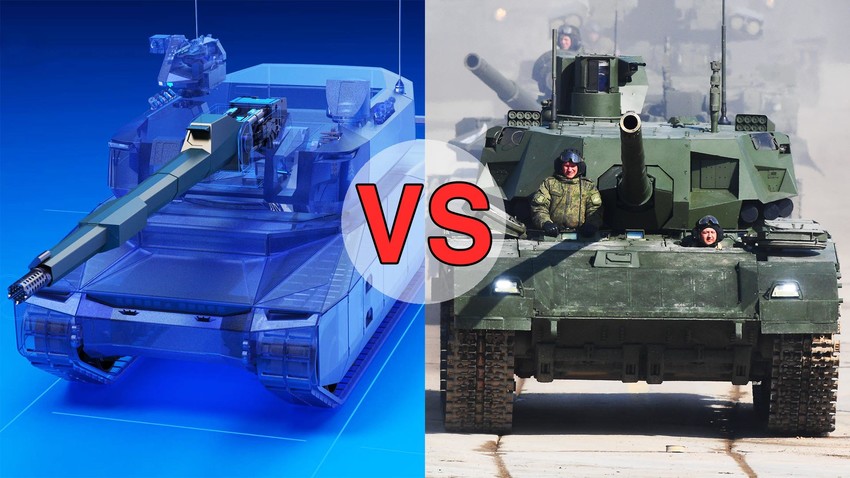 Nexter Group; Ramil Sitnikov/Sputnik
In 2025, NATO plans to reveal a weapon that it claims will match the power of Russia’s next-gen T-14 Armata tank. But which one is better?

France and Germany are actively working on the creation of a “new generation” tank in the ‘Main Ground Combat System’ or MGCS project.

The tank is supposed to be the answer to the new Russian T-14 tank based on the heavy tracked ‘Armata’ platform.

The Europeans approached the matter more than responsibly. The “birth” of a new combat vehicle began with the creation of a weapon for it, which would be fundamentally different from everything that is now used by NATO tanks.

Recently, an important and significant event for the program took place: The French company Nexter revealed the concept of the ASCALON (Autoloaded and SCALable Outperforming guN) tank armament, which can be integrated with new generation combat vehicles. 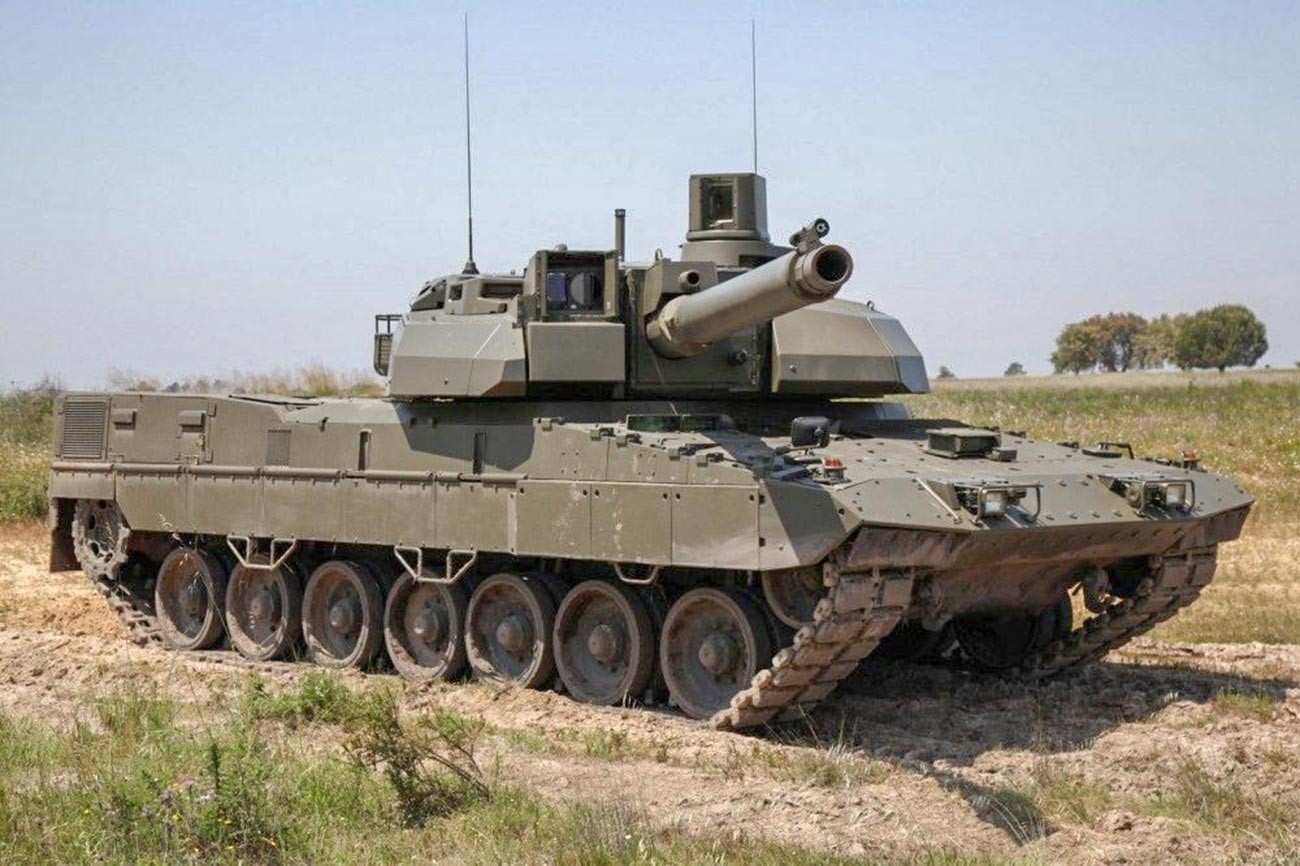 The Europeans decided to keep the caliber of the gun a secret. But it’s widely believed to be a 140-millimeter gun. Back in 2019, it became known that Nexter had armed the ‘Leclerc’ battle tank with a massive 140-mm gun and managed to conduct a series of tests by the time.

The upgraded machine made more than 200 successful shots. At the same time, the company itself said that the new gun was “70 percent more effective” than the existing 120-mm NATO tank guns. At the same time, it became known that the gun was not intended for the ‘Leclerc’, but for the new ‘Main Ground Combat System’. 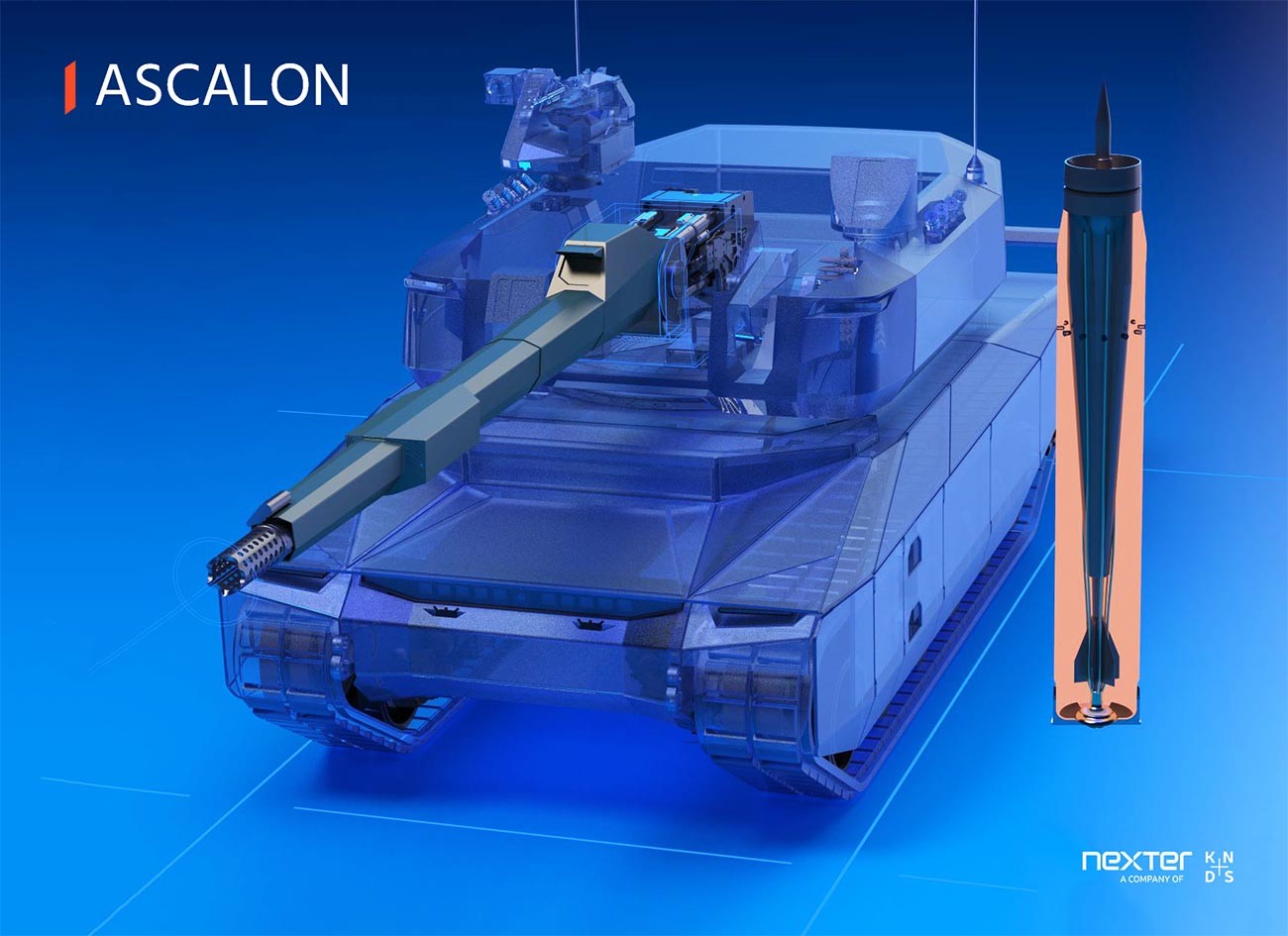 The Europeans say that the MGCS testing phase will last until 2024, followed by a systems demonstrator phase from 2024-2027, followed by the implementation phase, which will only commence in 2028.

However, the goal is very ambitious: to ensure tactical superiority in the following decades. The gun will receive an automatic loader, created on the basis of the experience of developing the automatic loader of the Leclerc tank, as well as a number of other significant innovations.

“In any case, the use of the new caliber will make the MGCS an enemy that neither the USSR or Russia has ever faced in combat. Experiments with high-power tank guns have been conducted in the West before, but new technologies allow (at least in theory) to make them quite compact and reliable,” says Viktor Murakhovsky, editor-in-chief of the Arsenal of the Fatherland magazine.

According to him, MGCS has a competitor that also seeks to create a new generation of weapons for European tanks - the German company Rheinmetall. Last year, it presented a video with a demonstration of its latest smoothbore 130-mm tank gun.

Noteworthy is that the British ‘Challenger 2’ tank was used as a base for it and not the famous German ‘Leopard 2’. A very unusual, but original solution, given the low popularity of the British tank in the world.

A new European weapon against the Russian T-14 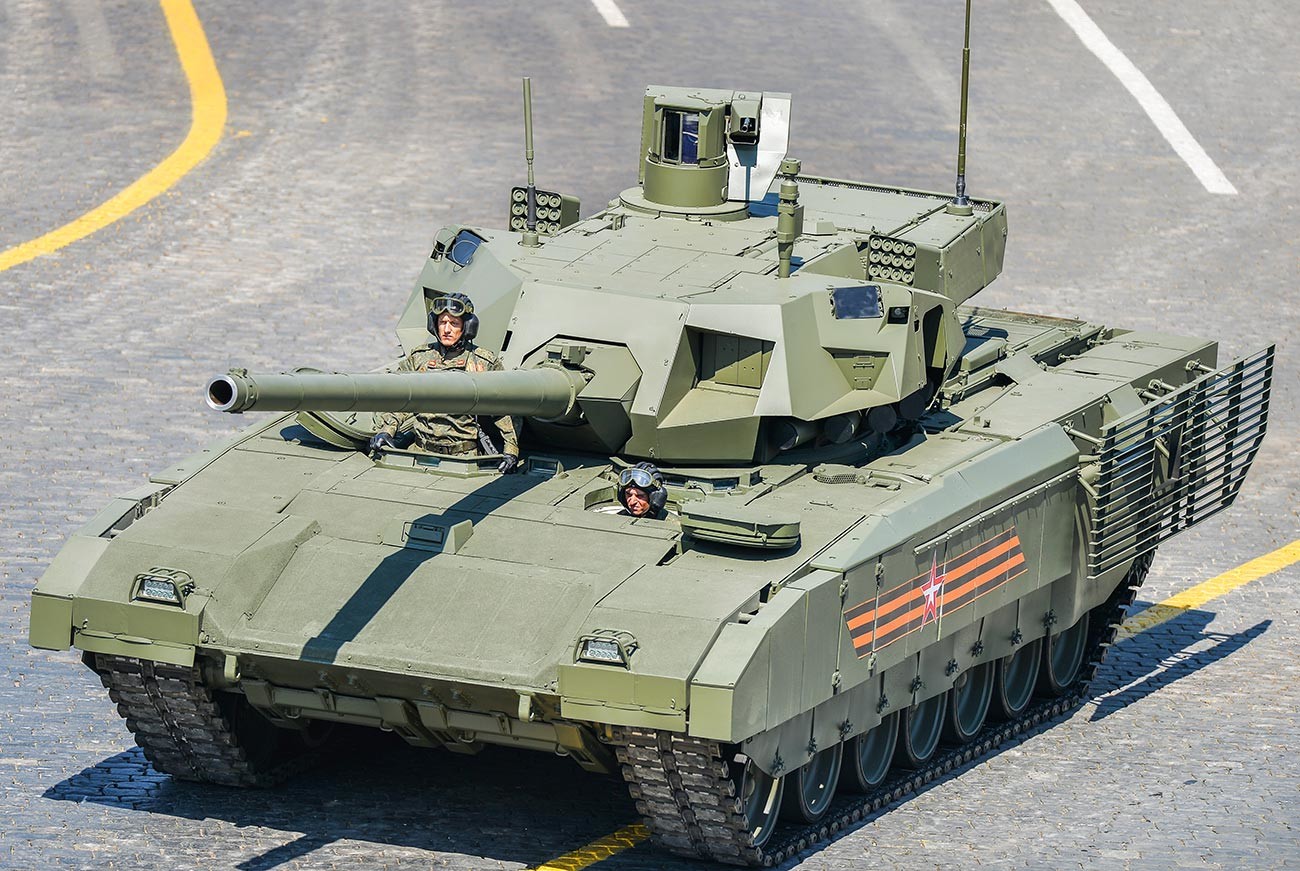 “In general, the appearance of a European car armed with a new 130-millimeter or 140-millimeter gun (even in the future) will be a challenge for Russia. The complex of active protection (T-14 received KAZ "Afganit") is now hardly surprising and the 125-mm 2A82 gun installed on the new Russian tank has no fundamental advantage over the NATO guns,” Murakhovsky adds.

As he notes, in response to this, to increase the combat power of the ‘Armata’ and strengthen it on the battlefield against European and NATO vehicles, the T-14 tank will receive a new uninhabited tower with a 152 mm cannon.

At the same time, the ‘Armata’ is already equipped with the latest defense systems that European countries don’t possess at the moment. 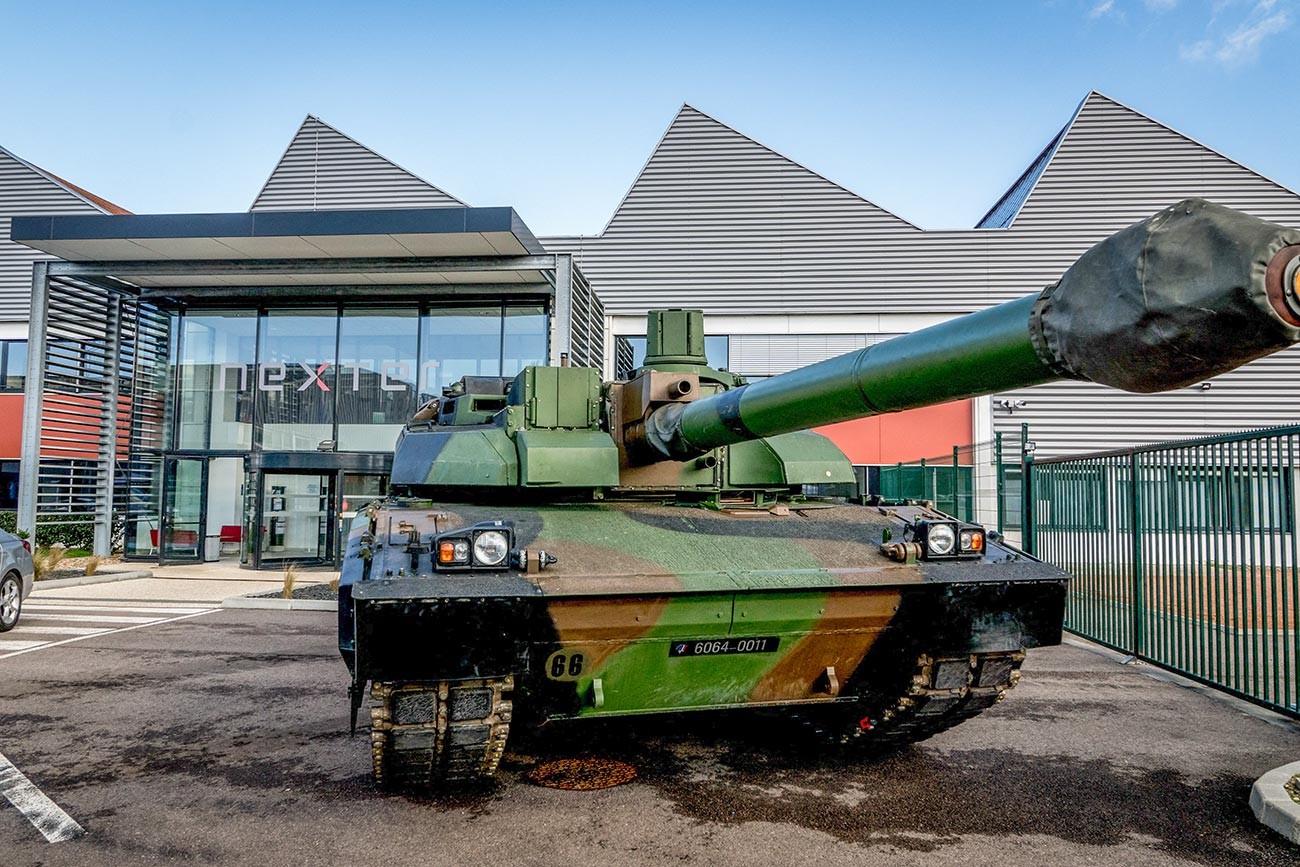 “The ‘Armata’ is equipped with cutting-edge systems for an active, dynamic defense. There are videos on YouTube, where Syrian fighters are using the American ‘Javelin’ anti-tank complex against the latest-generation T-90 (whose armor is lighter than the Armata’s). The footage clearly shows that the non-engaged machine remains completely unscathed, as its internal dynamic defences are activated in passive mode. If [the tank] did activate and function at full capacity, the active defences with their on-board interference systems would not even allow the Javelin to get anywhere near its target,” says Dmitry Safonov.

According to him, the ‘Armata’ also has systems that allow it to remain hidden from enemy optical and radio surveillance systems.