Why is the AK still the world’s most reliable assault rifle? 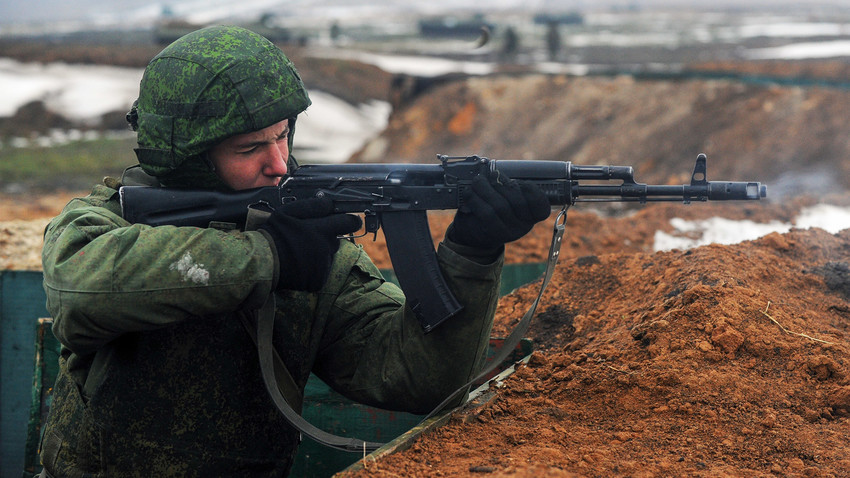 Sergey Pivovarov/Sputnik
The weapon has to pass the roughest operational tests in the world that no other weapon has to sustain in order to be adopted to the military.

The AK assault rifle remains the only one capable of functioning in the desert or in snow storms, as well as in tropical rains or after heavy dusting. These features have made it the weapon of choice for numerous armies around the globe.

I asked representatives of the Kalashnikov Concern how they created such a unique weapon back in 1947 and why it remains the most reliable weapon more than 70 years after its birth.

How the AK became such an unpretentious assault rifle 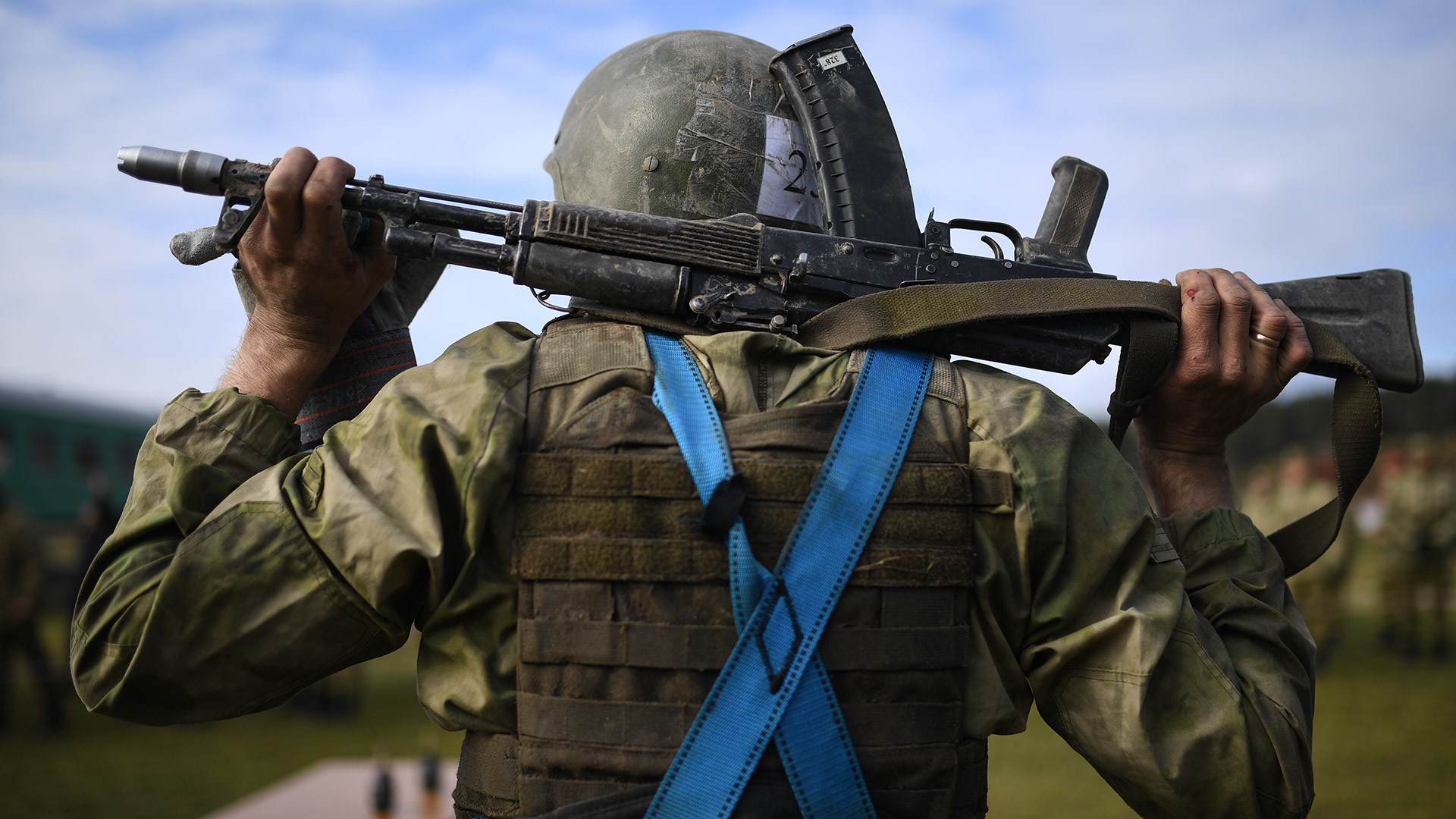 “There are several reasons why AK is one of the most reliable assault rifles. The first reason is the Russian system for weapons testing and evaluation. Created after WW2, this system analyzed the experience of the Great Patriotic War and, consequently, new improved requirements for small arms were established. Since then, the top priority has always been reliability – if a firearm does not work in the actual environment where it will be used, the rest simply won’t matter,” says Vladimir Onokoy, head of the Department for Military-Technical Cooperation of the Kalashnikov Concern.

As he notes, the requirements have improved and adapted over time. For example, nowadays, both the gun and its electronic sighting system have to undergo testing.

“The second reason is the quality of production and the amount of work put into the new generation of the AK by the design engineers. They research, test and go into every detail. As a result,  when Russian made AKs were tested along with AK replicas made in other countries, only the Russian AKs would pass the tests,” the expert notes.

What tests Russian weapons have to pass 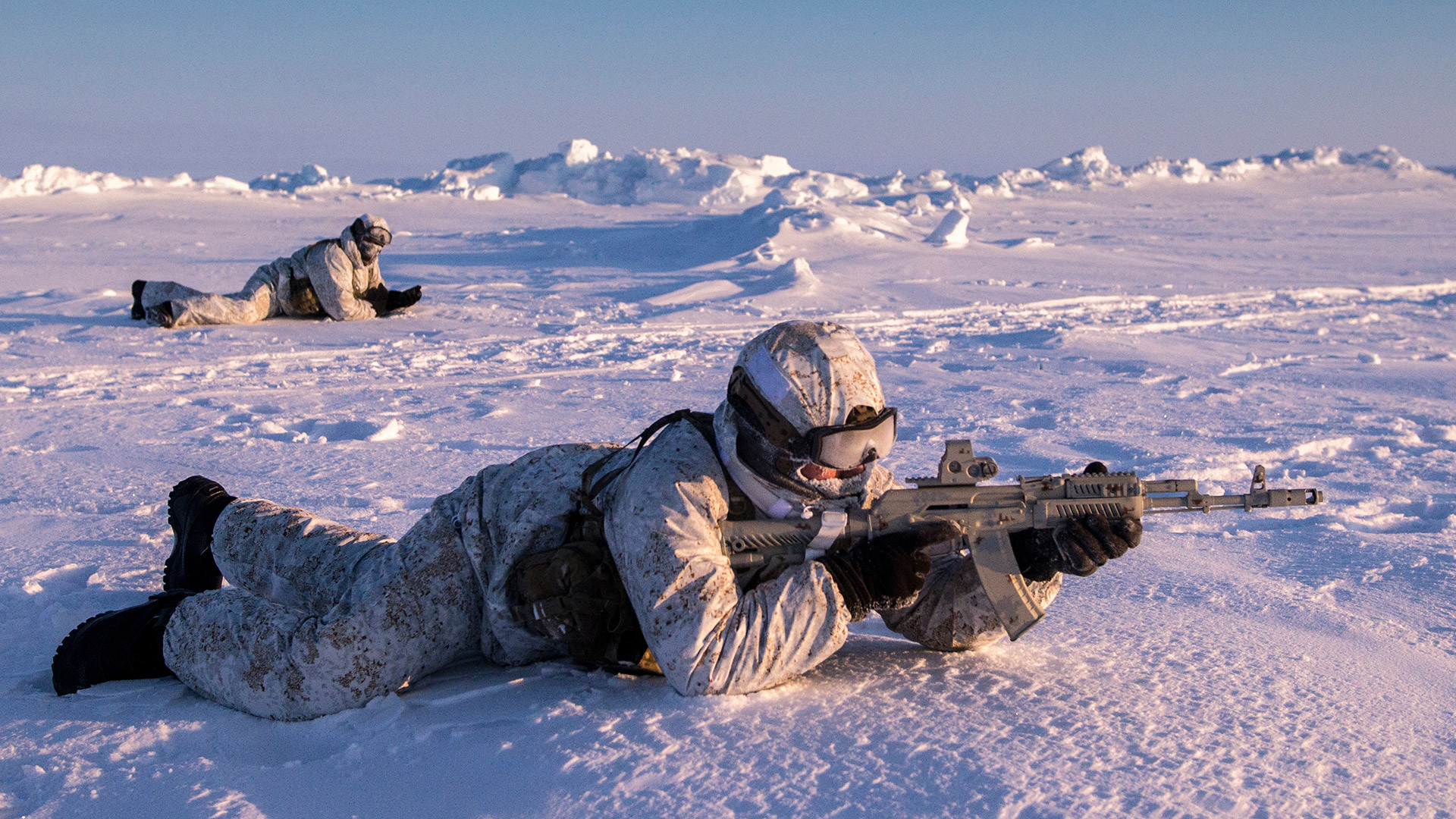 In 2020, I personally visited one such facility where military engineers conduct weapon tests to find out whether or not the system is indeed capable of operating in the harshest environments around the world.

This factory is situated in the Moscow suburbs and has a number of chambers that imitate desert and snow storms, as well as tropical rains among other extreme weather conditions. Literally, the weather of the harshest places in the world where the rifle could potentially be used.

There are a number of consecutive tests where, at first, engineers heat up the rifle up to +60 degrees Celsius and then take them into ‘the desert’ - the room where the latest tech imitates sandstorms in order for sand to clog up the rifle’s mechanisms. Next, an engineer takes a weapon to the adjacent shooting range to find out whether or not it's capable of operating still. According to the factory’s engineers, a lot of assault rifles from around the globe start malfunctioning at this point.

After that, the rifle is taken to a tropical chamber, where heavy rain liquefies the sand making it viscous, which usually prevents moving parts from working. And if the weapon is still capable of operating in such conditions, it is taken to the last chamber with sub zero conditions, where the water, dust and dirt inside freeze, immobilizing the moving parts.

Only when the weapon passes all these consecutive tests can it be taken further to shooting tests and be considered for adoption to the Russian military.

The AK’s technical differences from competitors 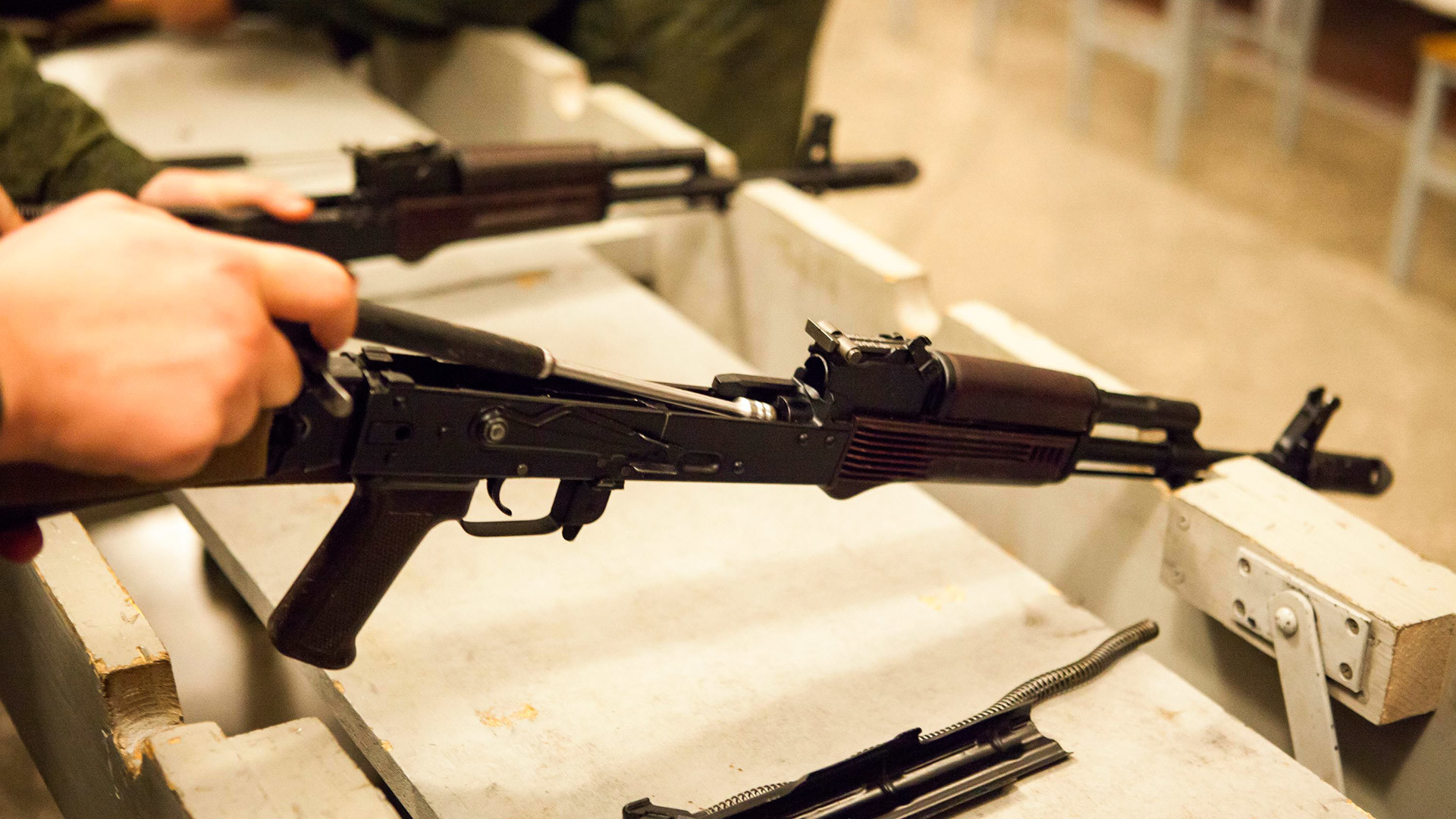 The AK platform passes these tests without problems. According to Onokoy, it’s all due to its design features that differentiate a rifle from its direct American, German, Czech and Israeli competitors.

“The design of the AK ensures reliability with the clearances allowing sand and debris to end up on the bottom of the receiver, where they would not interfere with action, while the gas system is adjusted to ensure sufficient speed of the moving parts to keep weapons operational in any environment,” explains the expert.

And as former FSB sniper Ivan Alekseev told me, the AK has a minimum of moving parts. The weapon has a simple design that works with an increased pulse of the exhaust mechanism that knocks out all the dust and dirt from the weapon.

“Dirt does not stick to the chassis and does not settle on small parts that are present in American and German automatic machines, preventing them from working in difficult conditions. Foreigners may have more technical and high-precision weapons, but ours was sharpened for a person who haS never held a weapon in his hands and is able to handle it in any situation,” the expert notes.

Why foreign companies don’t make their weapons as reliable 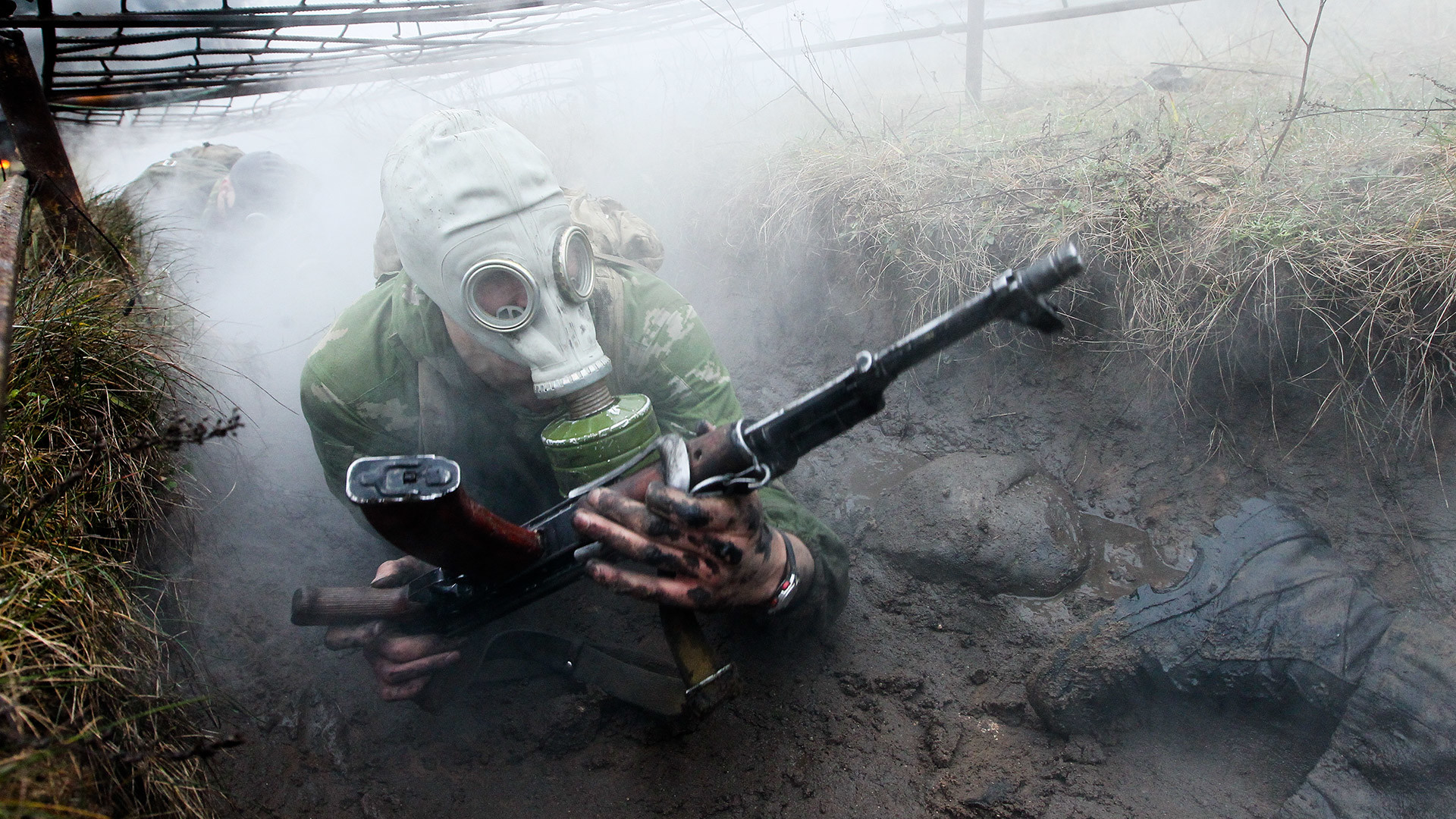 “They don’t make their assault rifles as resistant to dirt, because they don’t plan to ambush people out of the swamp. Americans and Europeans prepare their rifles for wars of the future with precise operations and night conflicts, while our military command believes there will still be conflicts like the ones in WWII, where infantries had to sit in trenches and run into frontal attacks. These are two different types of warfare and they require different weapon systems,” says Alerseev.

He recalled his experience of “torture testing” an M-16 and the AK-74. According to him, the M-16 started malfunctioning after six magazines in a row, while the Soviet AK-74 was still capable of firing.

“I don’t know who needs to fire 200 rounds nonstop from an assault rifle in real battle circumstances, but our rifle will still be operational in such a situation,” he boasts.

The expert also noted that American and European armies have better supply systems. If some weapons go out of business, their supply units will immediately provide new weapons.

“At the same time, Russians created their weapons to work once and forever at the expense of accuracy and possibility of utilizing additional weapon gear. The AK is definitely the best mass army weapon, while American and European ones are definitely better for precision operations,” he concludes.