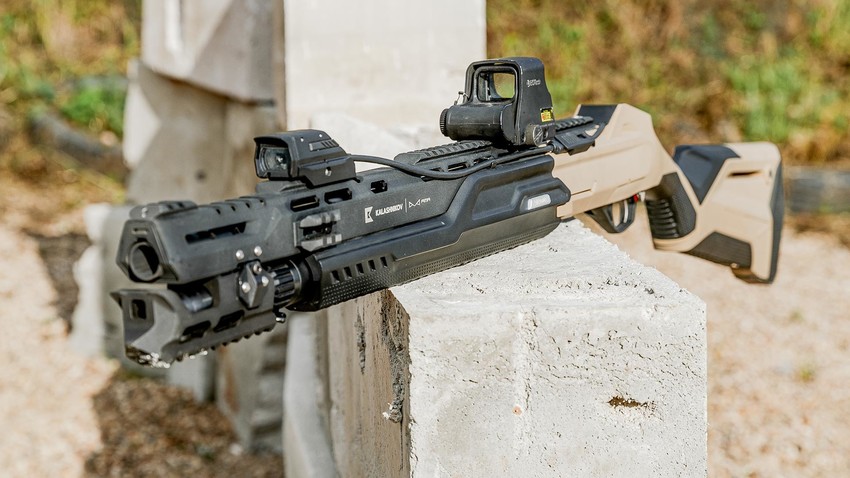 Kalashnikov Media
It records every action you take with the gun and sends it right to Tim Cook.

Kalashnikov Concern recentlyunveiled the M-155 ‘Ultima’ shotgun that can be integrated with an Apple Watch. The novelty was presented during an arms expo in Moscow in late September 2021. 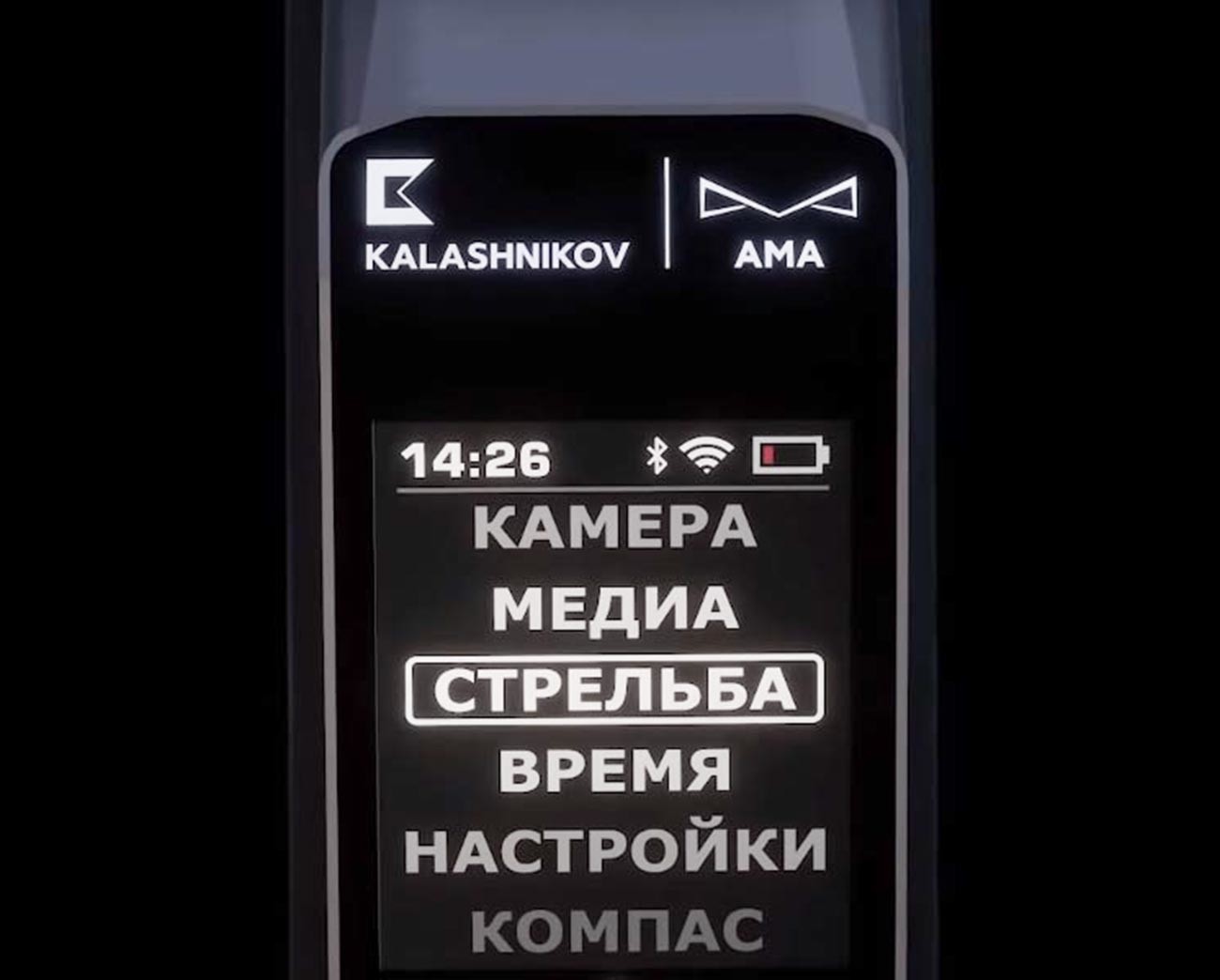 The state-of-the-art shotgun has a bunch of hi-tech gadgets that you would never expect to see on a firearm. For example, a built-in computer with an external display, Wi-Fi router, Bluetooth, battery and other electronics.

And all of this is hidden inside of its buttstock.

The main feature of the weapon is video recording. It has a pre-installed camera under the barrel that projects all your actions right onto your iPhone or  Apple Watch. The camera works the same as a GoPro camera that athletes install on their helmets - it shows all the action from a POV angle.

This camera also has a display on the buttstock showing the user everything that is happening directly in front of the weapon. However, the LCD display reflects badly in the light and barely anything can be seen under a blazing sun. 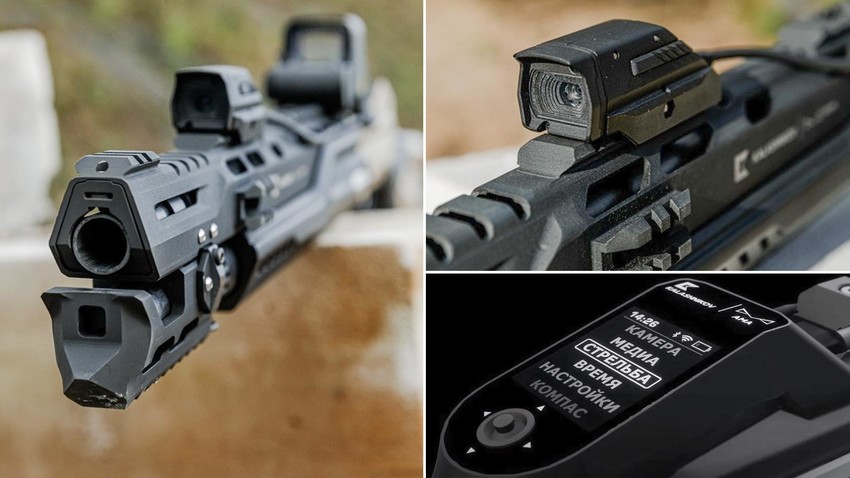 Nevertheless, this video recording feature will help a user to master their shooting skills and process all their actions once they return home.

The computer inside the buttstock also has a built-in timer that records the number of shots and hits, the time and rate of fire and the number of targets hit. So every action of yours will be recorded and can be analysed afterwards.

Besides that, the M-155 ‘Ultima’ has a pre-installed compass and a GPS module showing the location of the weapon if you somehow lose it (we hope you don’t).

You can also download videos via Bluetooth or via the USB connector on the side, if the battery runs low. 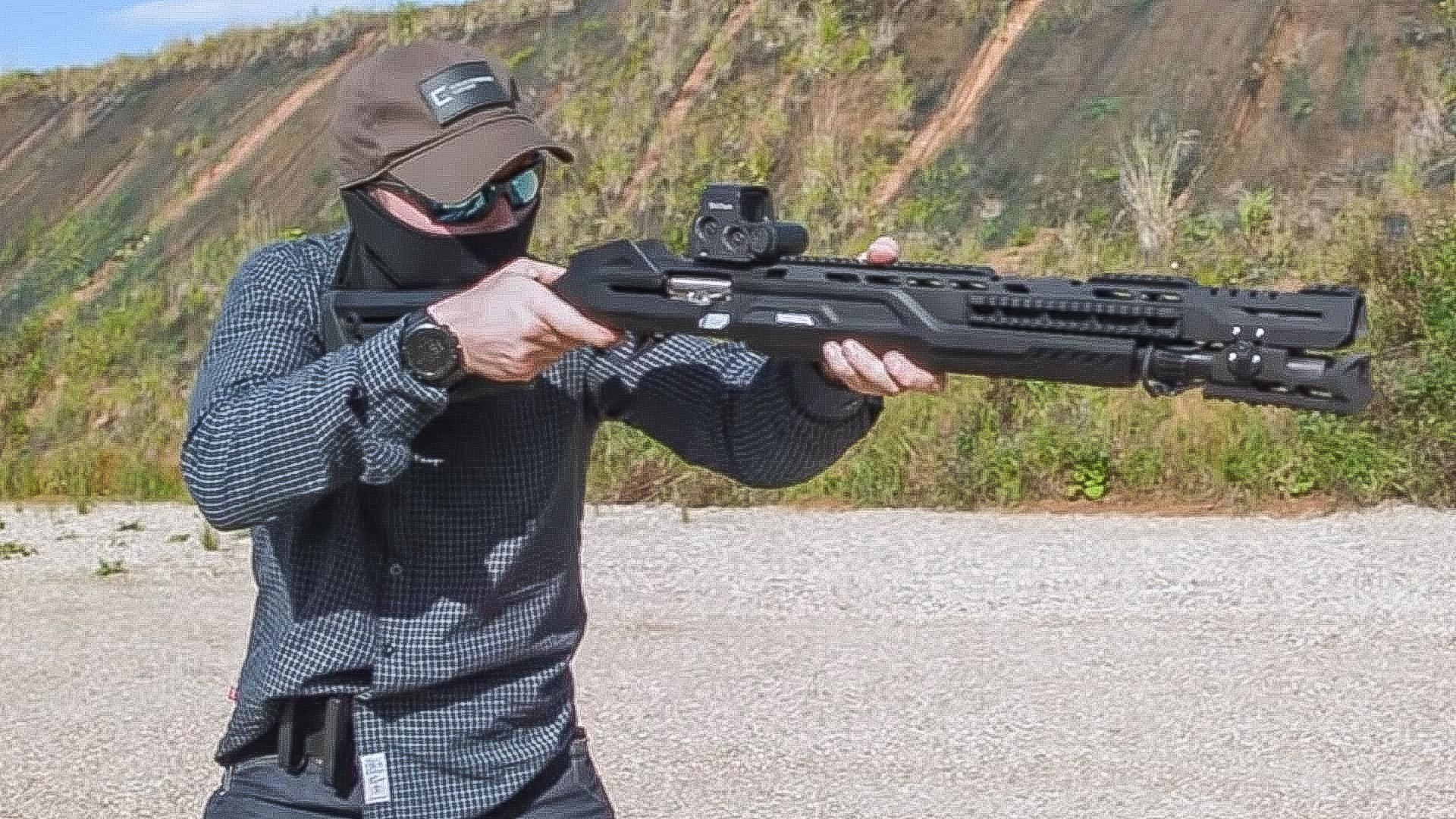 “The reason for such an unexpected addition to the weapon was simple - to attract new users into the gun world with a fancy and stylish ‘toy’. In real life, these ads would only harden the life of a shooter, but if you go on a ranch or into a forest to shoot some stuff for fun - then it definitely would work,” says Yuri Sinichkin, a former sniper and an engineer at Lobaev Arms corporation.

According to him, the weapon is also pretty expensive and a professional shooter or hunter would most likely buy themselves something else.

“It costs as much as a ‘Benelli’, which costs a lot, as it’s created in Italy, reliable and used by the American SWAT. And ‘Ultima’ costs a lot because it’s fancy,” the expert mentions. 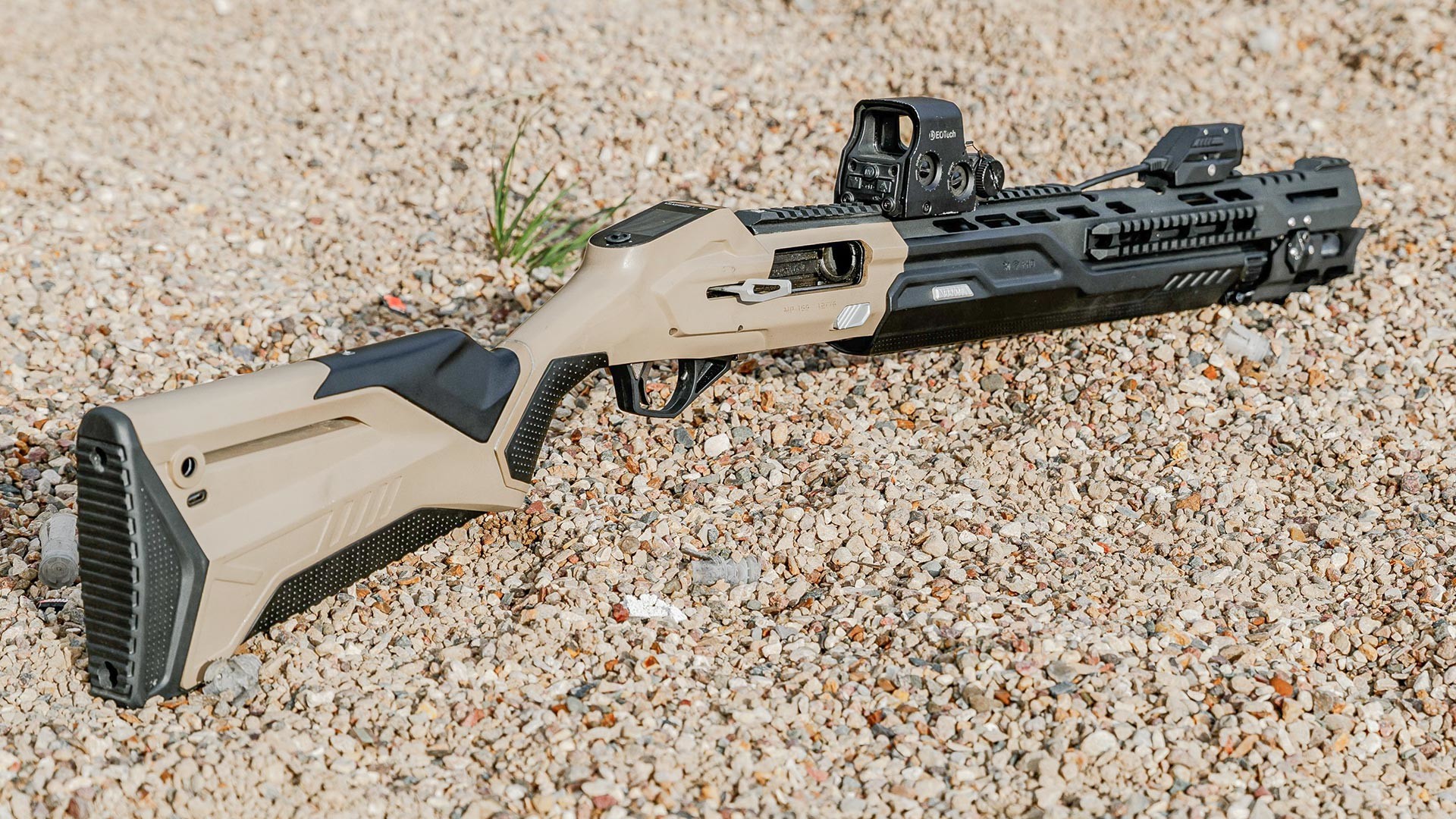 The M-155 is a well-known weapon created decades ago for hunting and practical shooting. M-155 ‘Ultima’ is the weapon’s rebirth into a new attractable form for customers.

The weapon is smoothbore and has a classic 12/76 caliber. Its 71-cm-long barrel allows a person to effectively hit targets up to 100 meters away.