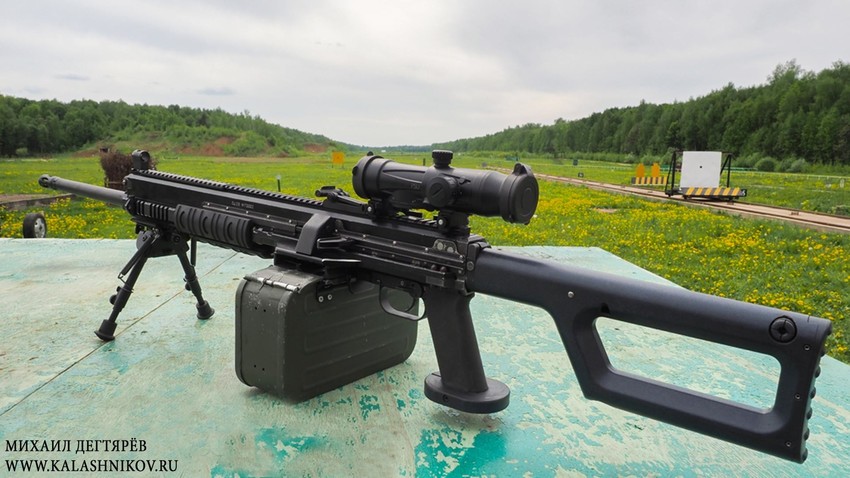 Michael Degtyarev/kalashnikov.ru
This will be the first Russian machine gun with sniper rifle capabilities and the potential of eliminating even light armored vehicles.

Russian arms manufacturers recently unveiled the OC-128, one of the potential replacements for the PKP machine gun that was created in the early 1990s for the Russian army. The weapon was demonstrated to Russia Beyond at a private shooting range outside Moscow in early September 2021.

Currently, the weapon is being put through the Defense Ministry’s military trials and is dubbed “classified”, so we’re only able to reveal a short number of essential facts about it.

Why it’s so special 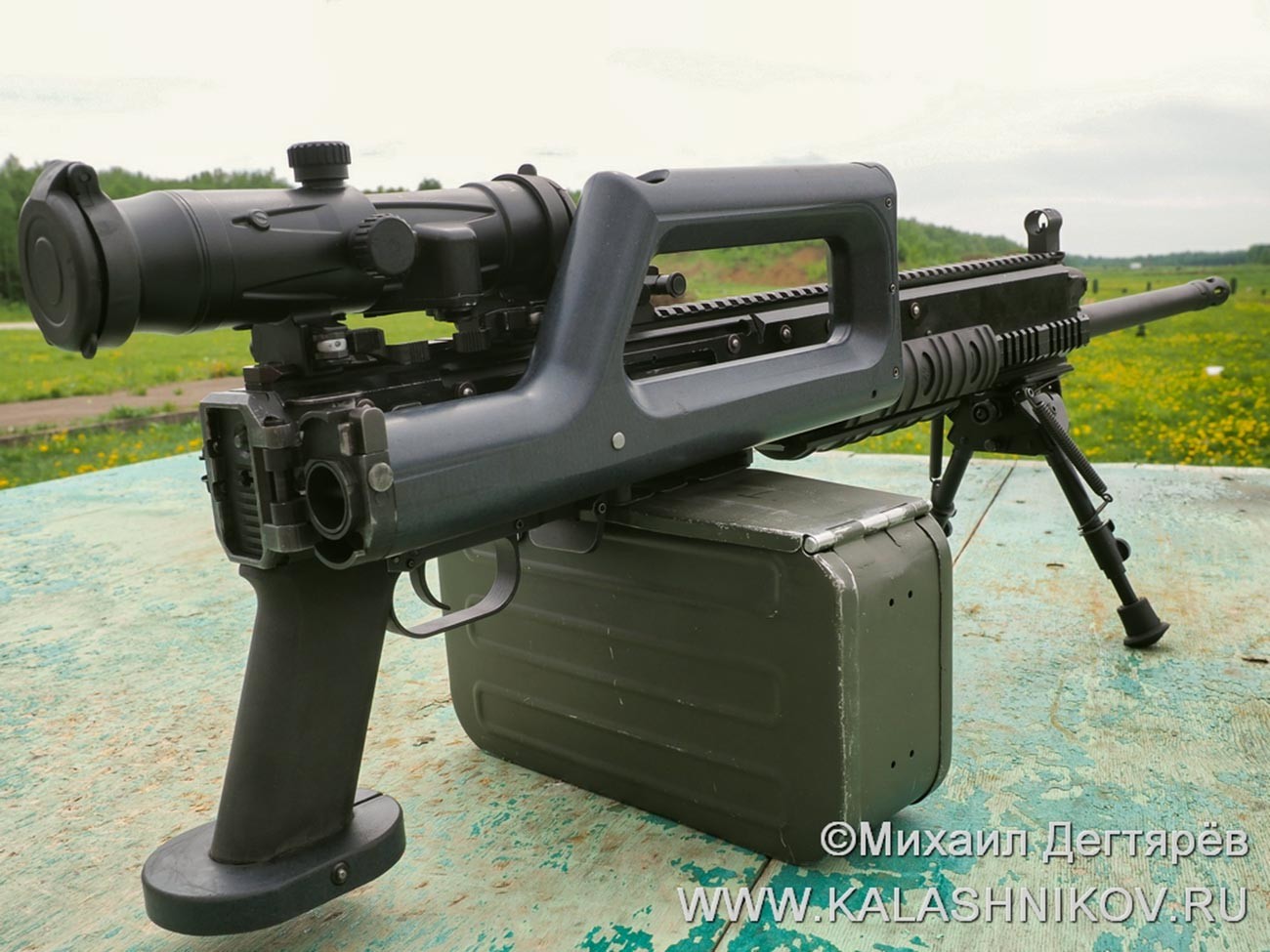 The OC-128 will be the first Russian machine gun chambered with NATO’s 7.62x51 mm rounds. This was initially done for two purposes.

First of all, to drastically increase the weapon’s accuracy.

“Its direct predecessor was created for barrage fire. It’s powerful, but inaccurate. You can’t fire dozens of rounds and expect it to hit targets in the same spot,” says Ivan Alekseev, former Spec Ops officer.

As he notes, the new machine gun will use ammo widely used in NATO’s sniper rifles, which are quite effective at short distances of up to 600-700 meters. The weapon also has the same balanced automatic system adopted from the rare AEK-971 Spec Ops assault rifles (click here to find more about the AEK-971 assault rifle).

“The balanced automatic system makes the AEK-971 a sensitive weapon suited for special operations and unsuited for poorly trained regular soldiers, who often have to crawl with their weapons in mud or swamps. That’s the main difference between it and any AK that can easily survive such elements,” notes the expert.

Secondly, the new ammo for the machine gun is supposed to be as powerful as the ammo used in the PKP machine gun.

“Both weapons have big and powerful calibers. They are both used in machine guns for barrage fire to support infantry on the attack. But the OC-128 will be more accurate. And in a case of [hot] war, the ammo for it will be easier to find on the battlefield,” states Alekseev.

However, one disadvantage is its weight. Without ammo, the OC-128 weighs 7 kg. It is a belt-fed weapon, which is believed to be more reliable and effective on machine guns, compared to standard magazines.

The OC-128 has all the modern features of a highly ergonomic weapon. It has an adjustable side folding stock that will help to comfortably adjust the weapon for people from 160 up to 215 cm tall.

It has rails on the top and bottom, which can be used to mount all modern optics and accessories.

Another small setback the expert mentions is the cost of the weapon. 7.62x51 mm ammo is more expensive compared to the ammo usually used in PKP machine guns.

“The weapon itself won’t also become a mass product, as you need an enormously powerful administrative resource and billions to replace all Kalashnikov machine guns in the army. It’s unrealistic and unnecessary. The OC-128 will be purchased selectively in small batches for particular units. This will be a great addition, but I can’t say that it’s revolutionary,” the expert concludes.