GSh-18: What the lightest pistol in the world is capable of 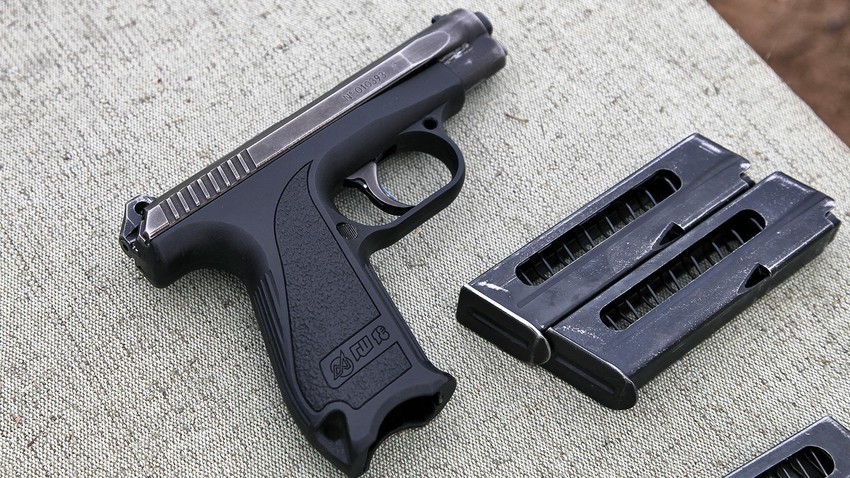 Vitaly V. Kuzmin/vitalykuzmin.net
This weapon became one of the most powerful pistols in Russia and replaced the Makarov pistol in a number of Security Forces units.

In the early 2000s, the Russian military sought a new light and effective sidearm that would be more powerful compared to the Makarov pistol and could be concealed beneath clothes. So, Russian arms manufacturers fulfilled that need and created the lightest pistol in the world called the ‘GSh-18’, which was immediately adopted to all the branches of the country’s military and has become one of the favourite pistols of Russian security service officers.

!I went to a shooting range to test the weapon’s capabilities prior to its replacement by the PLK pistol in the hands of the Security Forces units (click here to find out everything about the weapon). 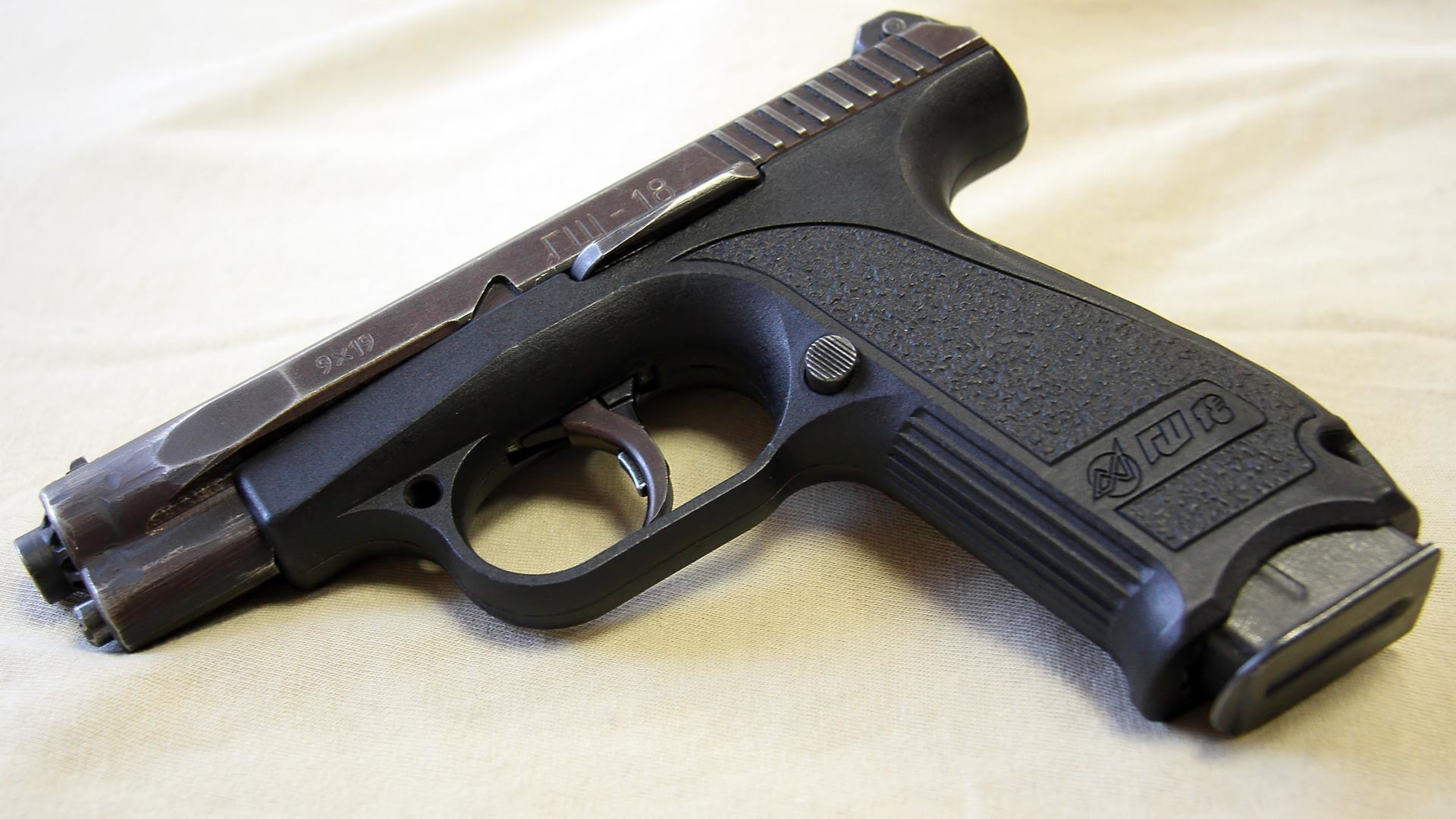 I personally tested the gun at a shooting range in the Moscow suburbs in early September 2021.

Let’s start with its appearance. On the outside, it looks like a simplified version of a Glock pistol with a metal frame placed on a plastic grip. Yet, the difference between the Austrian one and the Russian one is drastic. The European pistol looks stylish and comfortable. It feels good in your hands, while GSh-18 feels edgy and clumsy.

“The ‘look’ was never a factor for Russian constructors. These pistols weren’t created to become a commercial product and be sold in weapon stores around the world. The GSh-28, as other pistols in Russia, were created to fulfil certain needs of the Defense Ministry. So it did,” says Andrey Piskunov, a Spec Ops instructor.

Engineers at the range said that the Defense Ministry had wanted the new pistol to be as light as possible.

“The GSh-18 wasn’t purposely made to be the lightest pistol in the world. It was a mere accident. Back in the 2000s, constructors used special polymers in the grip and left only essential metal parts inside of the frame to make this pistol operational as well as reliable,” says Yuri Omelin, a leading engineer of the High-Precision Weapons corporation.

The frame of a pistol looks edgy and scratches hands if you fire it without gloves. At the same time, the frame goes smoothly and easily when you reload the weapon.

The grip does feel uncomfortable and wide. The trigger is long and has a Glock-style safety mechanism on it - a very practical addition compared to the previous era TT and Makarov pistols.

The GSh-18 takes time to get used to. If you hold it tight like a standard 1 kg pistol, it starts nodding down upon firing. You need to relax your hands as much as possible to precisely hit targets 25-50 meters away.

Operatives like it for firepower, as the GSh-18 is capable of piercing body armor plates, which the Makarov pistol could not. 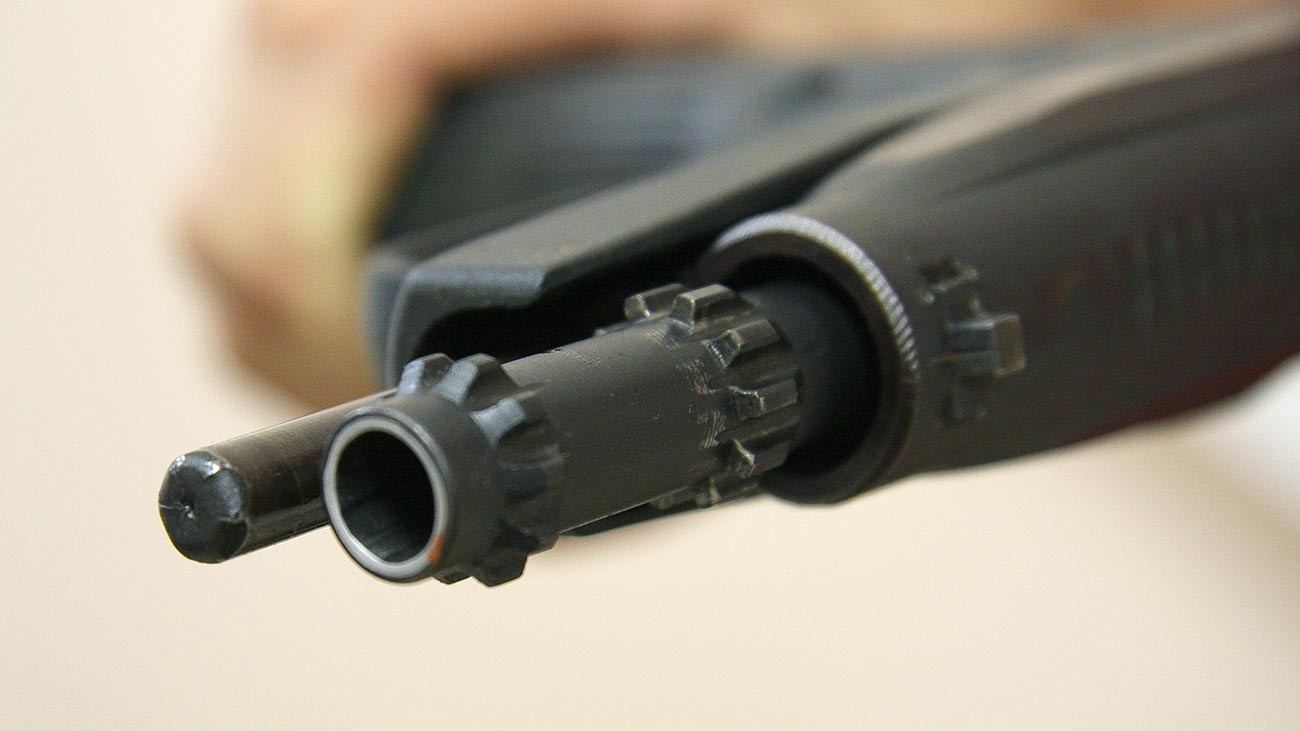 The GSh-18 uses the world’s most widely used pistol ammo - the 9x19 mm Luger and Parabellum rounds. The weapon received enlarged magazines capable of storing up to 18 rounds (in comparison, the Marakov pistol can only hold eight rounds).

Each GSh-18 pistol has a minimum life span of 30,000 shots. It weighs as much as 580 grams and is still the lightest military pistol in the world. However, there are lighter pistols on the commercial market.

“These guns are called ‘ladies pistols’. These are small-caliber pistols that should fit inside of a purse. They are totally ineffective during a skirmish, but good enough for self-protection,” notes Omelin.

The weapon has spent 20 years in service in the Russian military and these days, it awaits its replacement in service by Kalashnikov’s PLK pistol (click here to find out everything about the GSh-18’s shifter).