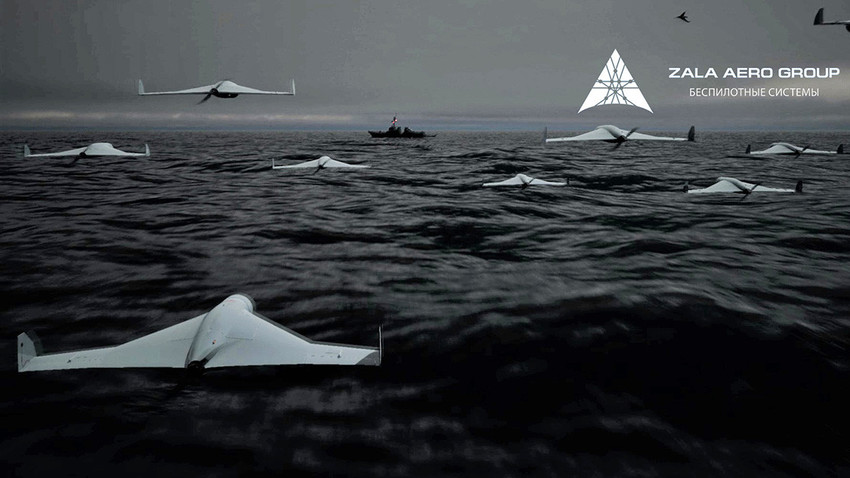 Kalashnikov Group
This will be a silent armada with bombs on board capable of sinking the latest military ships.

The Kalashnikov Concern presented new small sized drones with bombs on board during the ‘Army 2021’ military exhibition outside Moscow in late August 2021.

It’s the latest modification of the 2019 ‘KYB’ project created to work as a flying swarm with 3 kg bombs on board each drone, capable of flying undetected towards an  enemy ship (or any other enemy target) and destroying it.

At the moment, the company has completed state military trials and also created a special launcher from which up to 15 drones can be stored simultaneously. The launcher can, in turn, be placed on small sized speed boats or on light armored vehicles in battle zones. 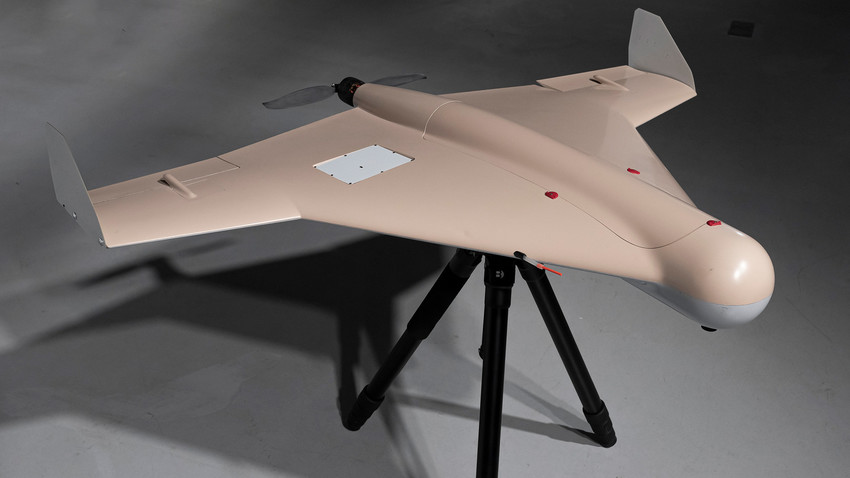 “This drone is a barrage bomb that can stay for hours in the sky or immediately fly towards the target in a pack of similar machines to blow it up. It’s small and silent, due to its electric engine that makes pretty much no noise, unlike its foreign analogues,” says Nikita Hamitov, Head of special projects of the ZALA Group, which is in charge of the creation of this weapon system within the Kalashnikov Concern.

He said that the drones can be used against any targets - whether they are on water, on land or even in the air.

Russia’s ‘KYB’ differs from its foreign analogues in a number of ways.

“There are not too many weapons of this kind on the market. Foreign companies tend to create drones with 80 kg bombs on board. They are more powerful compared to our ‘birds’, but more expensive and louder. We wanted to create a small, stealthy weapon that will be able to work as a flying swarm,” notes Hamitov.

These differences make the ‘KYB’ unique on a weapon market and, in future, the company plans to present it on the international stage. But, when it happens is still unknown, as they first plan to finish working on the Russian Defense Ministry’s order and deliver these drones to the country’s army.

How such drones work in war zones 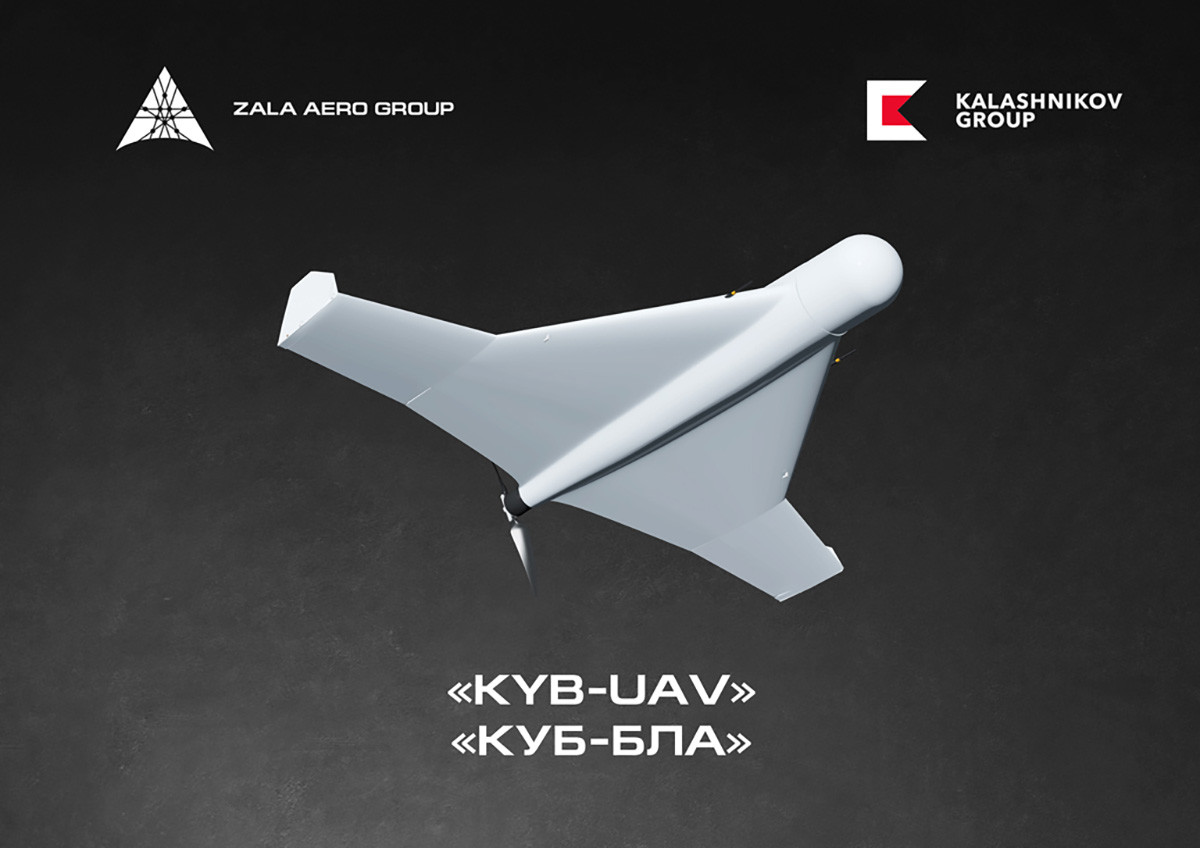 “The latest usage of similar kamikaze drones was during the 2020 Nagorno-Karabakh war between Armenia and Azerbaijan. The latter side widely used drones with bombs on board to eliminate Armenian armored vehicles, anti-missile systems and to set chaos among their ranks,” says Ivan Konovalov, Development Director of the Foundation for the Promotion of Technologies of the 21st Century.

Such kamikaze drones turned out to be very effective, as even Russian forces were surprised by them in the days of the Syrian war.

“Terrorists in Syria committed a number of suicide drone strikes on our military base in Hmeimim. Their engineers assembled small toy-size helicopters and sent dozens of them with bombs attached to our base at the same time,” recalls Konovalov.

Hmeimim military base was protected by the ‘Pantsir’ S-1, a missile system of self-propelled, medium-range surface-to-air missile and anti-aircraft artillery systems. This weapon was created to eliminate cruise missiles, fifth generation fighter jets and other expensive military targets. And it turned out to be ineffective against a bunch of $15 drones with small bombs attached.

“Ammunition for the ‘Pantsir’ S-1 costs thousands of dollars. It includes guided missiles and artillery shells. These projectiles shot down the terrorist drones, but left the base vulnerable to attacks with hi-tech aerial weapon systems,” notes the expert.

After that, the Russian military saw the need to create a cheaper weapon against drones. Companies created a 57-mm self-propelled anti-aircraft gun that has buckshot ammo and new radio electric systems that can turn-off the drones mid-flight. You can find more about these machines and systems here.