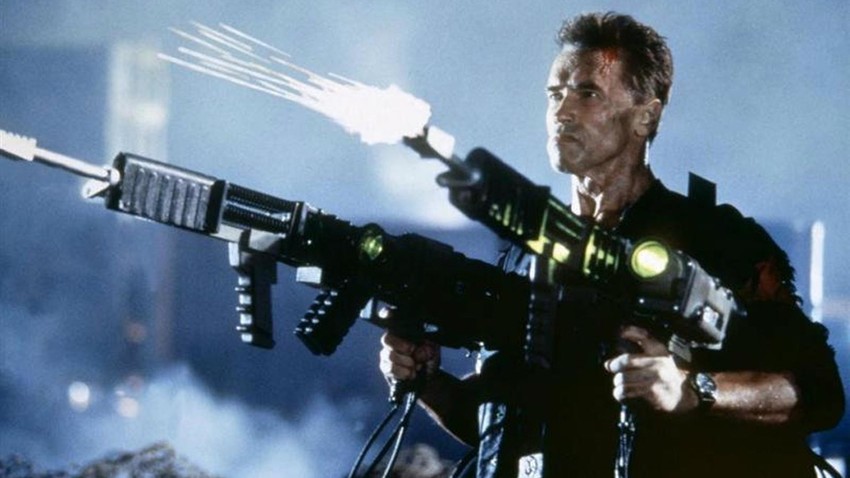 Chuck Russell/Warner Brothers,1996
Is it possible to silence a shot with a pillow or to find shelter from a bullet behind a tree?

Everyday, we watch a lot of gunfights in Hollywood movies. Some of them have been choreographed with professionals and servicemen and some of them were nothing but a mere imagination of the directors.

We asked a Russian Spec Ops instructor to bust some of the wildest gun myths people see in movies. Here’s what he told us. 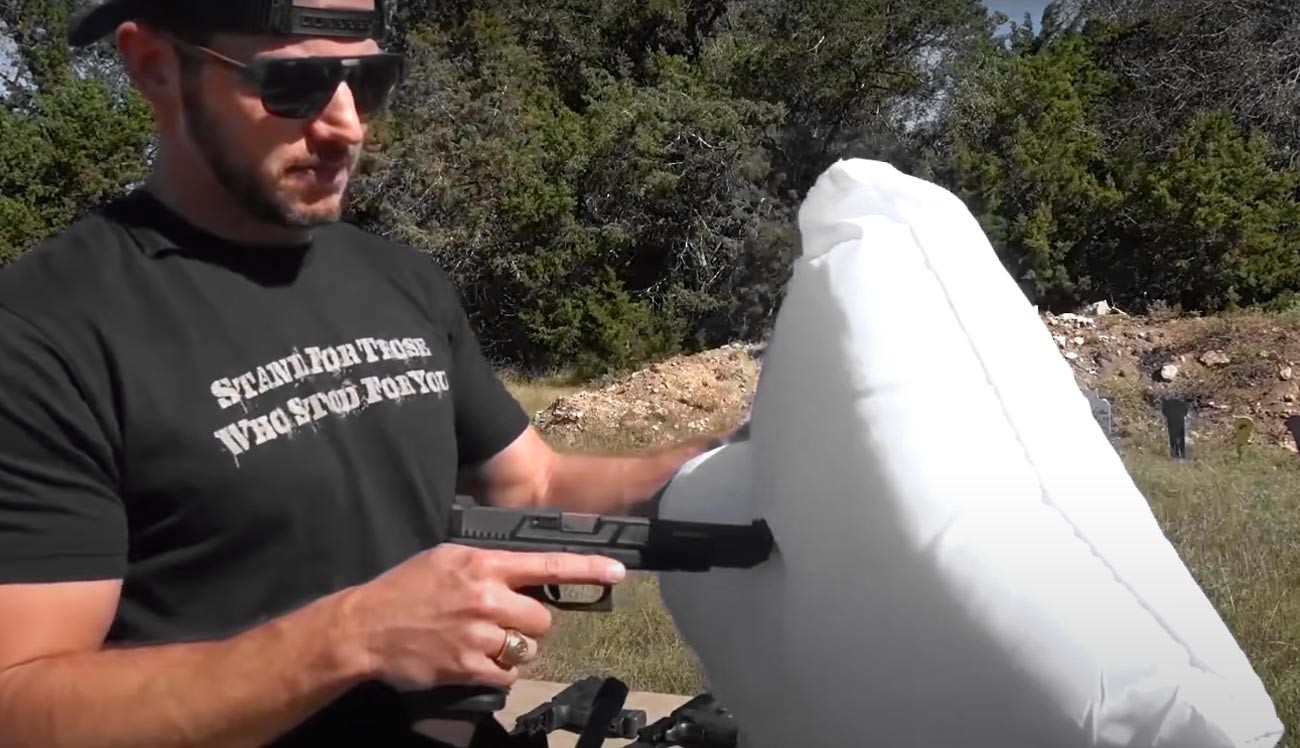 The shot will be a bit more quiet, but a pillow can’t change a thing. It’s the same as shooting through glass wool [insulation]. Nothing inside your house can substitute a silencer.

The main problem in muffling the sound of a shot lies in the ammo itself. The clap that the ear hears is the moment when a bullet breaks the sound barrier and reaches a speed of more than 333 meters per second.

Myth 2: Trees save you from bullets 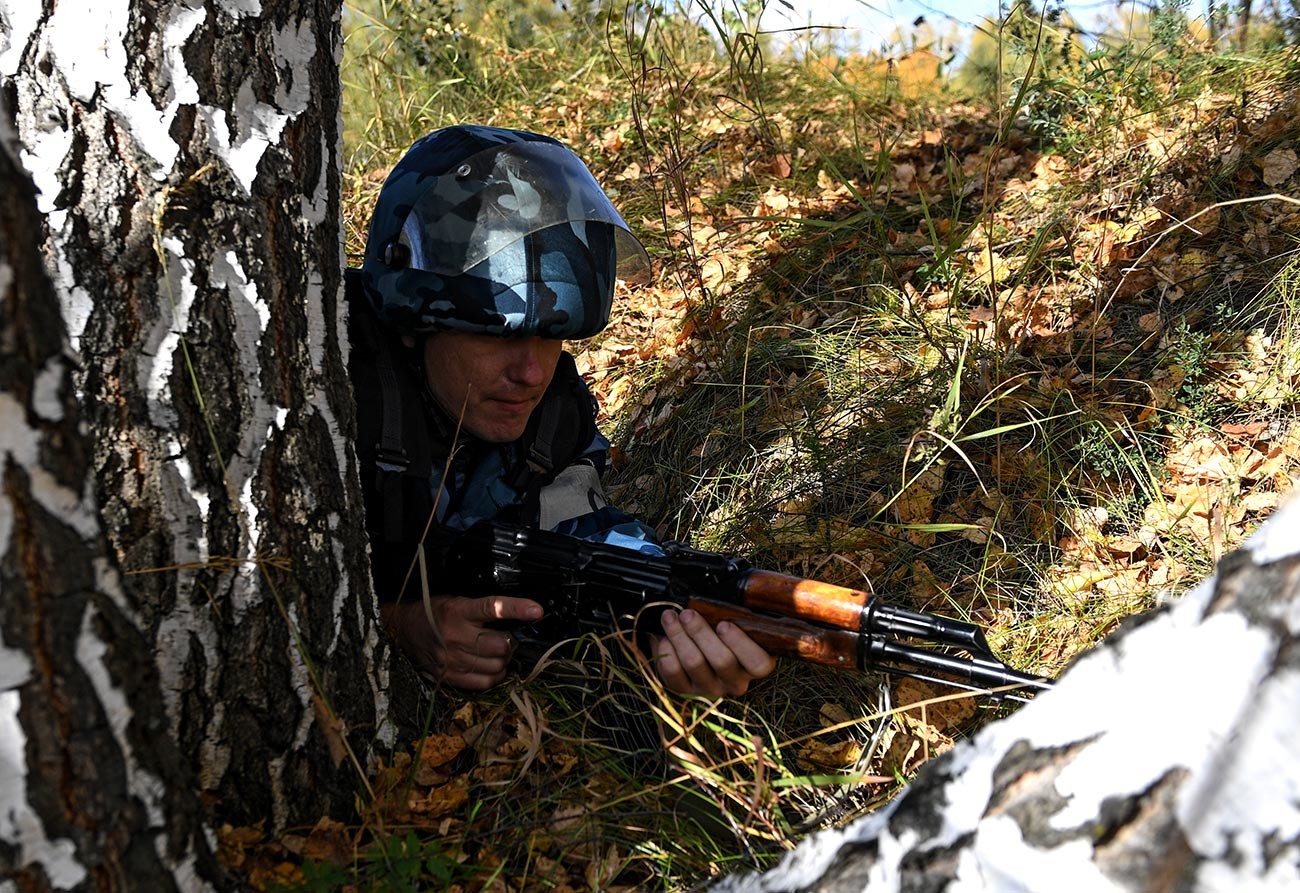 We conducted tests like that in a couple of regions. We used AK-74s chambered with 5,45x39 mm ammo. Some trees save you from bullets, some don’t.

It all depends on the viscosity and density of the wood.

Birch will not save you, but oak can.

Myth 3: You can shoot down enemies with two assault rifles in each hand 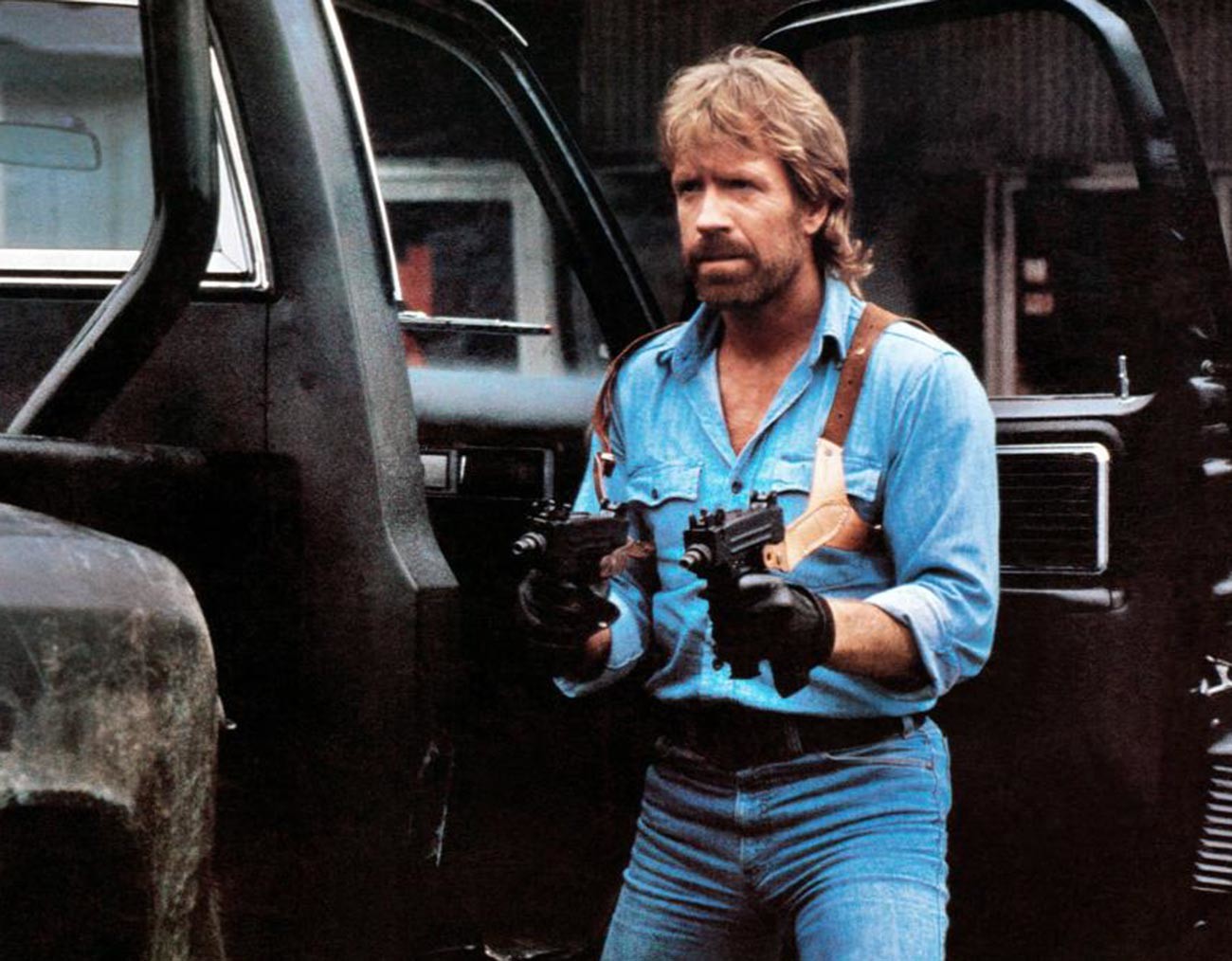 The shooting will be in the direction of the target, but you can't predict where the bullet will fly.  So forget the myth from movies with Schwarzenegger and Stallone, when they take a machine gun in each hand and shoot down 50 people around them. This is impossible.

Shooting with a pistol in each hand can be effective in an elevator or in any tight place. In any other situation, only a world class shooter will be able to shoot down targets even 15 meters away.

It’s much more effective, accurate and faster to hold a pistol with both hands and hit targets even 30 meters away. 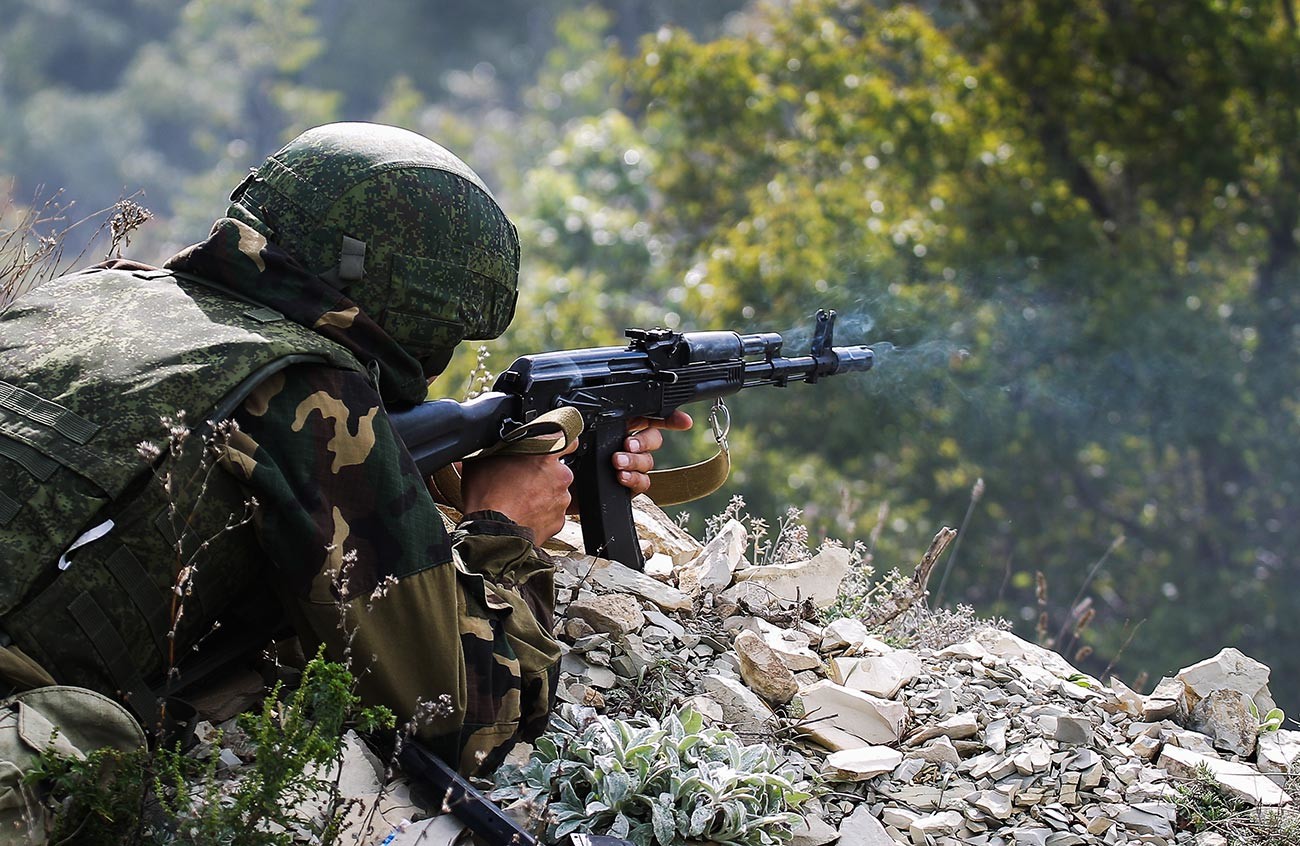 Everything depends on an angle at which it hits a stone. Your ammo doesn’t matter in this situation. It doesn’t matter whether or not you use armor-piercing rounds or simply standard army rounds with a steel core.

All of them will ricochet away. 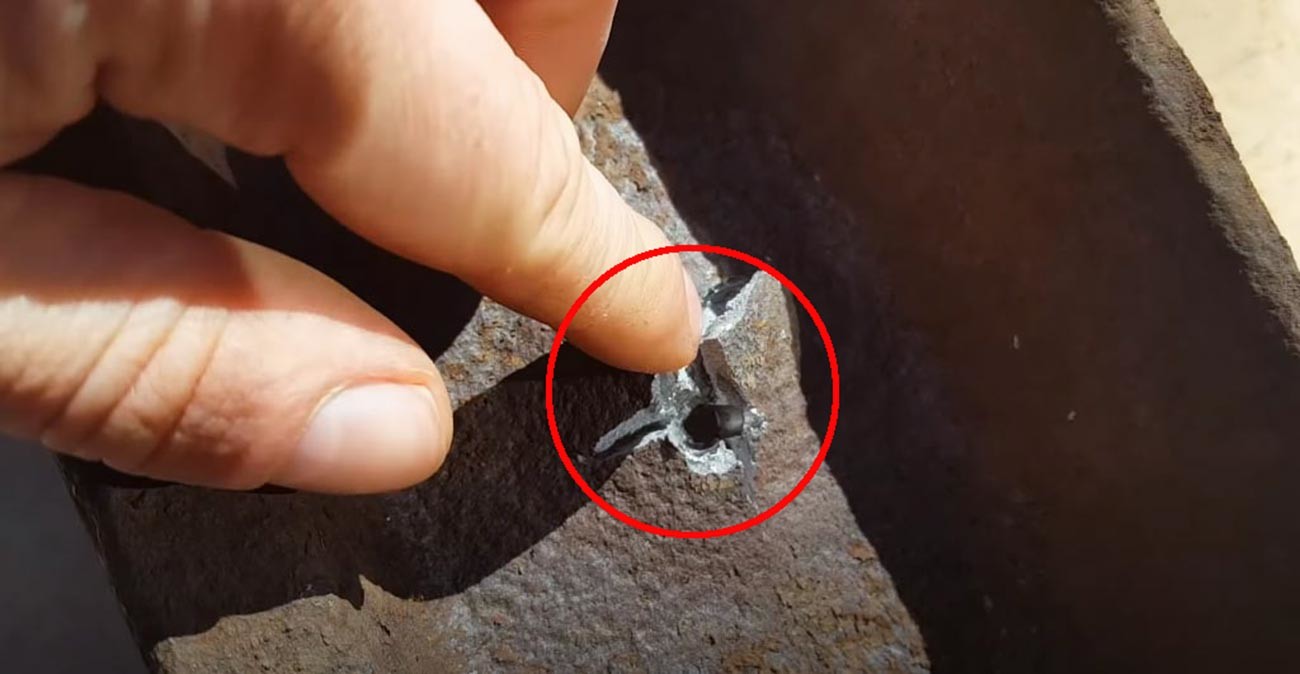 The AK-47 can penetrate train rails with armor-piercing rounds.

A regular cartridge, on the other hand, will only leave a dent on the rail if the bullet hits at a right angle. Otherwise, it will simply ricochet away without leaving much of a strace.