How Russia competes for its share on the global arms market 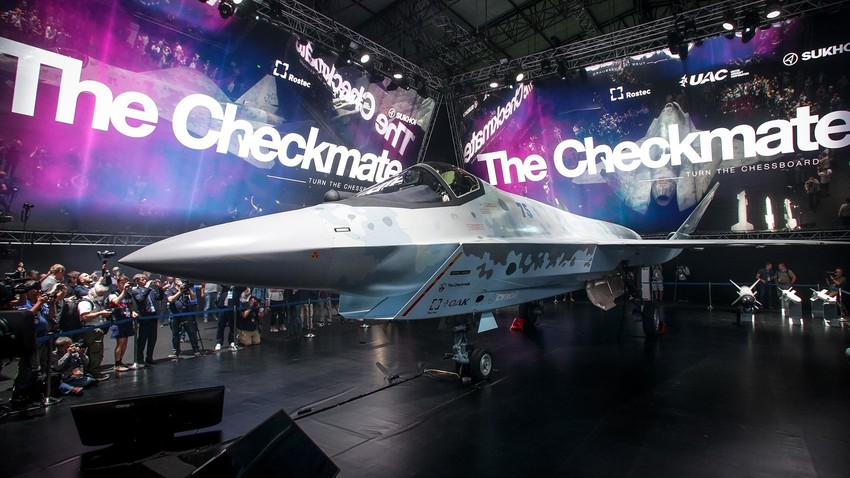 Leonid Faerberg/SOPA Images/LightRocket/Getty Images
Russia has signed military purchase contracts worth a record $53 billion in recent years. What is the country’s strategy for attaining new clients and conquering new markets?

In the course of summer 2021, Russia managed to sign weapons contracts worth three billion euros. The deals were made at several international weapons exhibitions in Russia: the naval MVMS 2021, the air and space MAKS 2021 and the military-technical Army 2021 forum. The three billion in deals includes the delivery of Russia’s Su-30 fighters, Mi-35 and Mi-171 helicpters and various aviation weapons systems. The ‘Pantsir’ anti-aircraft missile and cannon complexes and ‘Verba’ mobile systems were also included in the contracts. Clients were likewise interested in the ‘Protivnike-GE’ radiolocation system, the ‘Krasukha’ and ‘Repellent-Patrul’ comms jamming systems, as well as the ‘Kornet-EM’ anti-tank missile complex. And of course, there were the remote-controlled battle units, naval and submarine weapons, firearms and ammunition that were equally popular. The ‘Palma’ naval artillery complex was also put up for sale for the first time. And the list could go on...

Artificial joints from the ‘Zircon’ missile 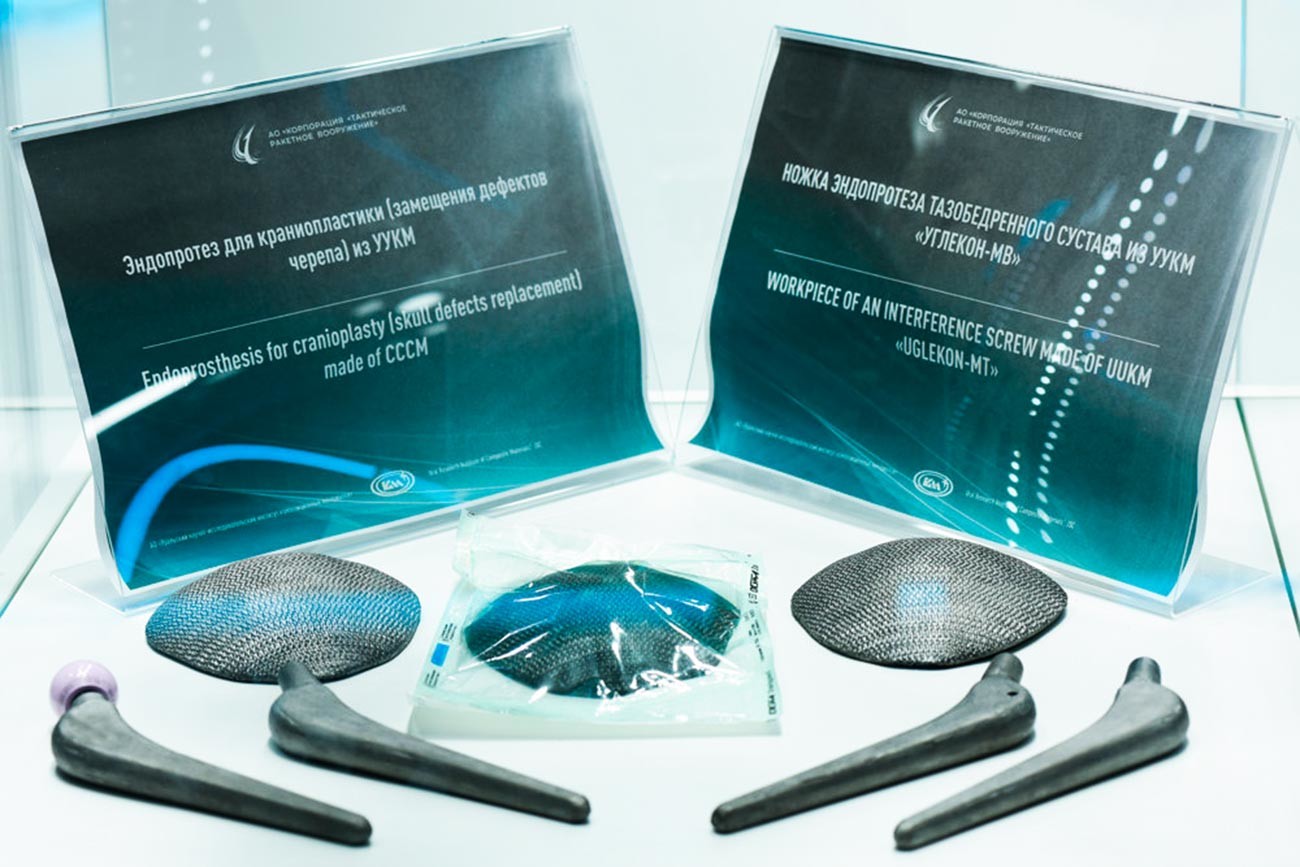 The expansion of trade with foreign partners is part of the Russian weapons industry’s strategy, given that the country has almost completed the project of upgrading its technical and weapons capabilities. The 10-year program cost Russia an astronomical 23 trillion rubles (approx. $350 billion). According to Minister of Defense Sergey Shoygu, in 2021, the rate of re-equipping the army with modern weapons and equipment was 71.9%. This is the highest percentage in the world.. However, with the project drawing to an end, investment in it will likewise be reduced. President Vladimir Putin warned the arms industry of the need to diversify their weapons and equipment manufacturing. By 2030, the share of military equipment manufacturing by the defense industry must be reduced to 50 percent, with the remainder of their output aimed at the civilian sector. That being said, weapons manufacturers aren’t terribly excited about the prospect of having to mass-produce for the civilian market. Nor are they very effective at it.

There are, of course, exceptions to the rule. Starting with MAKS 2019, cruise missile manufacturer ‘Tactical Missile Corporation’ (KTRV - a member of the Union of Machine Builders of Russia) has actively been promoting its endo-prosthetics. The endoskeleton is impossible to pass by during the show, even when it’s surrounded by missiles and various sea mines and torpedoes. And it isn’t there to remind you of the frailty of human existence. It turns out that the company possesses the manufacturing know-how to produce a variety of endo-prosthetics using reinforced carbon-carbon composite technology. According to the company press release, the material is able to withstand temperatures of up to 2,500 degrees Celsius, while also being very similar to human bone matter. Furthermore, unlike the titanium prosthetics, the endo-prosthetics practically mould with the human organism and do not require replacement. KTRV director Boris Obnosov says that, currently, the technology is in the process of being certified, while the production facilities for working with it are already being built. It’s not difficult to imagine a material that’s quite similar to the one used in the lining of ‘The Avangard’, a nuclear hypersonic boost-glide vehicle, and the ‘Zirkon’ missile.

Bringing everything to market 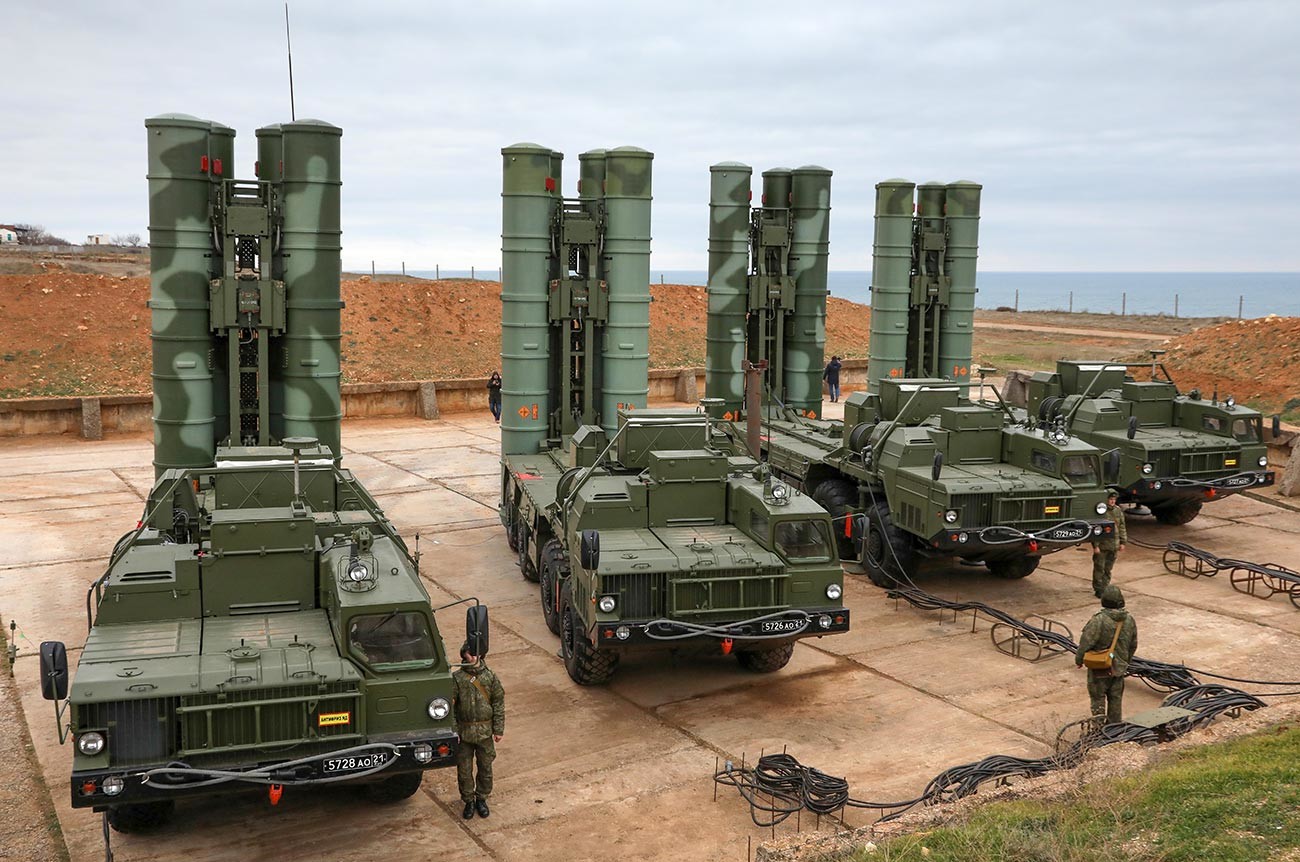 The above example is rather an exception, however. So, in decreasing the amount of domestic trade, the military industry is looking increasingly towards Eastern and Western markets. Decades-long investments in military modernization and the purchasing of new cutting-edge armaments led to the creation of a surplus in the military-industrial complex, which can only be addressed by entering overseas markets. State-owned ‘Rosoboronexport’ saw this much early enough to avert a crisis. The decision was made to aggressively promote Russian merchandise in a market that lies outside of Russia’s normal dealings.

For example, at the air-space MAKS 2021 show, the light tactical ‘Checkmate’ fighter jet made a debut - the first of its kind for Russia. The corporation’s head, Sergey Chemezov, said the plane will cost $25-30 million, which is several times cheaper than overseas rivals. Chemezov specifically singled out the French ‘Dassault Rafale’ and Swedish ‘Saab Gripen’, which cost $60-90 million. According to him, ‘Checkmate’ should become “a seriously workable solution” for countries that don’t have the cash to afford a U.S.-made F-34 ‘Lightning II’ for $120 million. He added that the order will consist of 300 units.

Industry and Trade Minister Denis Manturov said in February 2021 during a show in Abu-Dhabi that Russia and the UAE would form a joint venture for researching and developing supersonic passenger jets. According to him, the independent fund ‘Mubadala’ will participate on the UAE side. Abu Dhabi was, until recently, a strategic partner of the U.S. At present, however, it’s ready to work with the Russian-made Tu-160 ‘White Swan’.

Unlike the West, Russia isn’t building any type of political “pentagrams” when choosing partners. Ankara, for instance, has let down Russia numerous times during military operations in Syria. In 2015, Turkish F-16 fighters shot down a Russian Su-24M during a mission to destroy terrorist bases, after it “accidentally” entered Turkish airspace (lieutenant colonel Oleg Peshkov was killed). This, however, did not deter Moscow from selling the Turks the S-400 ‘Triumph’ anti-aircraft complex. Moreover, Chemezov expressed willingness to help Ankara in manufacturing a fifth-generation fighter.

“Turkey intends to realize the ambition of having its own fifth-generation fighter, the ‘TF-X’. Given our unique know-how in the area of researching and developing aviation complexes and systems, we are open to considering the possibility of assisting our Turkish partners in the creation of the fighter jet,” Chemezov told the RIA Novosti news agency.

Such examples illustrate the steps being taken by the Russian arms industry. Traditional Russian markets in India, China and a number of other countries are overflowing with Russian weapons. The country requires new niche markets. However, they’re traditionally taken up by the U.S. and other Western countries. Russia, with its new technological capabilities, is attempting to change this. Not only is it selling merchandise at better prices than the competition, it’s also ready to open a credit line for the client. In 2020, the ‘Kommersant’ newspaper, citing a diplomatic source, said that Moscow is ready to allocate $500 million for Colombo, Sri Lanka, to acquire six Su-30 fighter jets and a shipment of BTR-28A armored personnel carriers. In addition, Moscow is ready to co-finance the development of promising weapons.. Another thing that sets Russia apart from Western powers is the willingness to share its technologies.