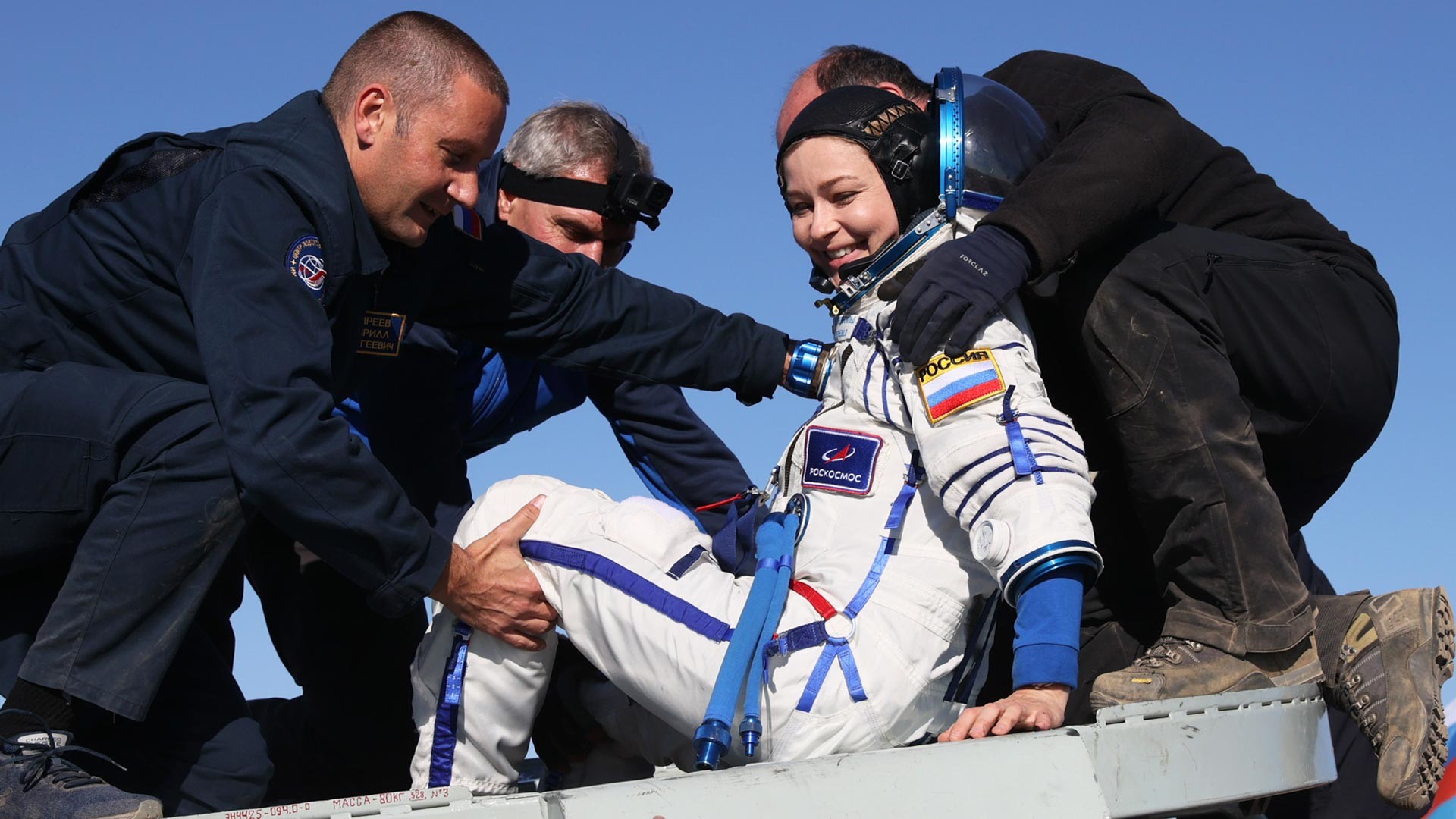 Kazakhstan. A member of the film crew of the film "The Challenge" actress Julia Peresild after landing the descent vehicle of the Soyuz MS-18 manned transport spacecraft

Sergey Savostyanov/TASS
The actress and director described spending 12 days of filming in space with barely any sleep.

The hatch of the lander opens and rescuers and ground staff begin to help actress Yulia Peresild get out of the capsule. Next to her in the chair sits cheerful director Klim Shippenko. Doctors measure his pulse and blood pressure. Not far from him, cosmonaut Oleg Novitsky undergoes the same procedures. And while it is a third trip back to Earth for Novitsky, Peresild and Shippenko were in space for the first time. Moreover, they were the first actress and director in the world to go to Earth orbit. The crew of the world’s first feature movie partially shot on the ISS returned to Earth on October 17, 2021, after twelve days in space.

“I’m in a bit of a sad mood today. Because it seemed like 12 days was a lot, but when everything was over, I did not want to go back home,” said Peresild. 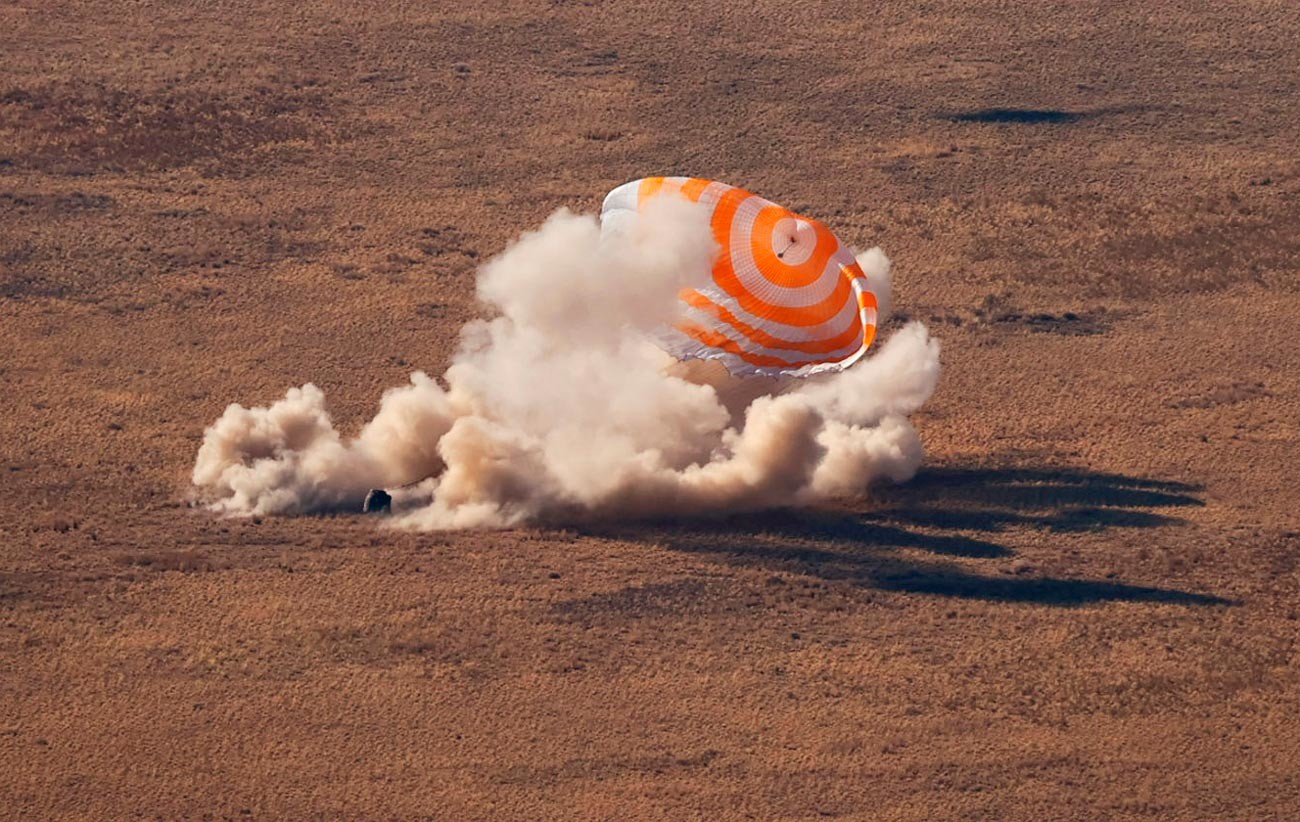 Peresild and Shippenko went into space on October 5, together with cosmonaut Anton Shkaplerov, after four months of training. They were shooting the feature movie ‘Vyzov’ (‘The Challenge’), a joint project of Roscosmos, Channel One and the ‘Yellow, Black and White’ film company. ‘The Challenge’ tells the story of a doctor who has to fly into orbit in order to save a cosmonaut.

On October 17, the movie crew said goodbye to the ISS staff and closed the hatches on the landing ship shortly after midnight. ‘Soyuz’ MS-18 undocked from the station at 04:14 Moscow time. At 07:35, the landing pod touched the ground in Kazakhstan, 148 kilometers from the city of Zhezkazgan. 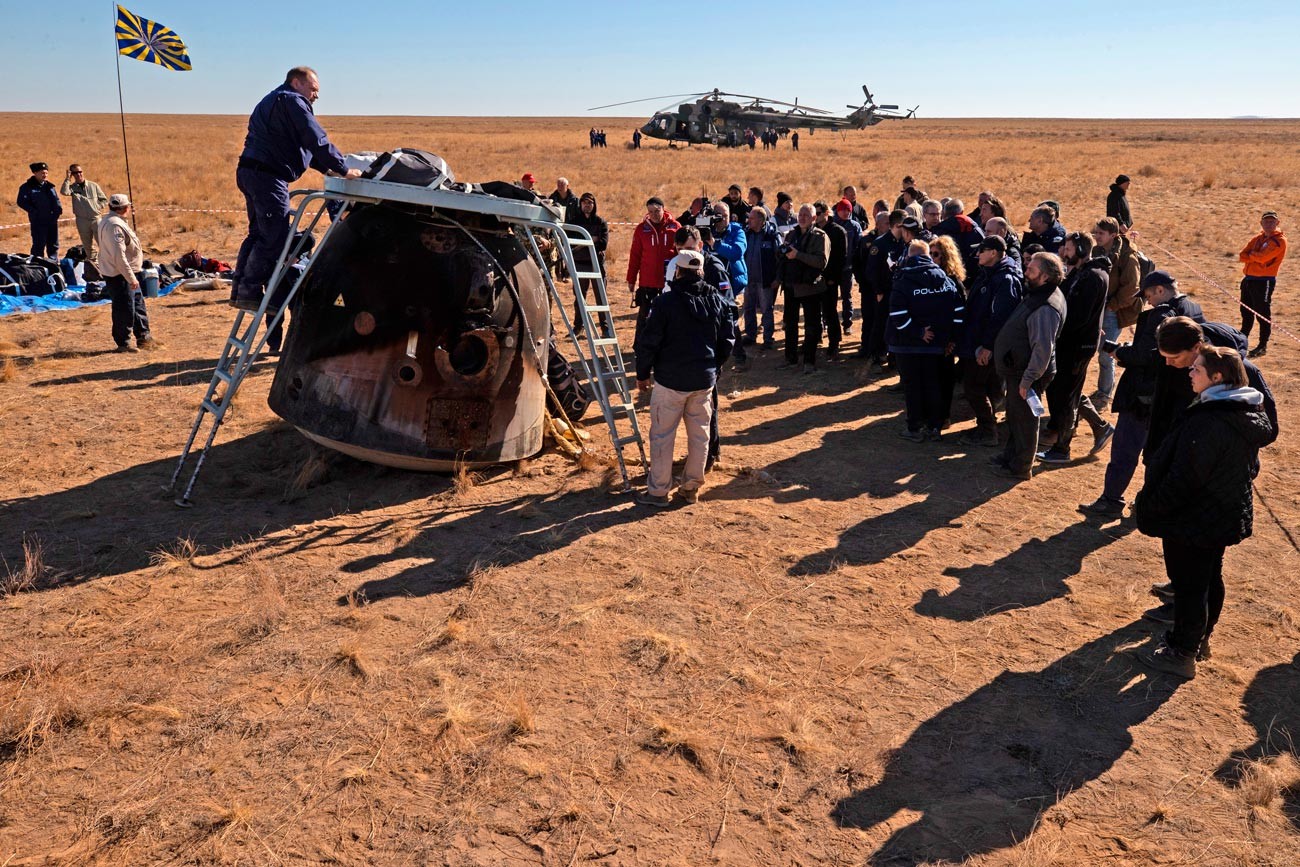 The crew was met by rescuers, together with Roscosmos CEO Dmitry Rogozin and Channel One General Director Konstantin Ernst.

Rogozin said that the landing went excellent, the crew felt good and noted that the ship did not fall on its side, as sometimes happens during landing. Immediately after the medical examination, crew members were served birch juice at Novitsky’s request.

“Insanely happy we made it,” said Klim Shippenko. “We were like on a roller coaster, I think. The plasma, everything was on fire... We had a lot of fun, actually. When the parachute shot out, it started to shake a little bit, but again, we felt like we were on a fancy rollercoaster.” 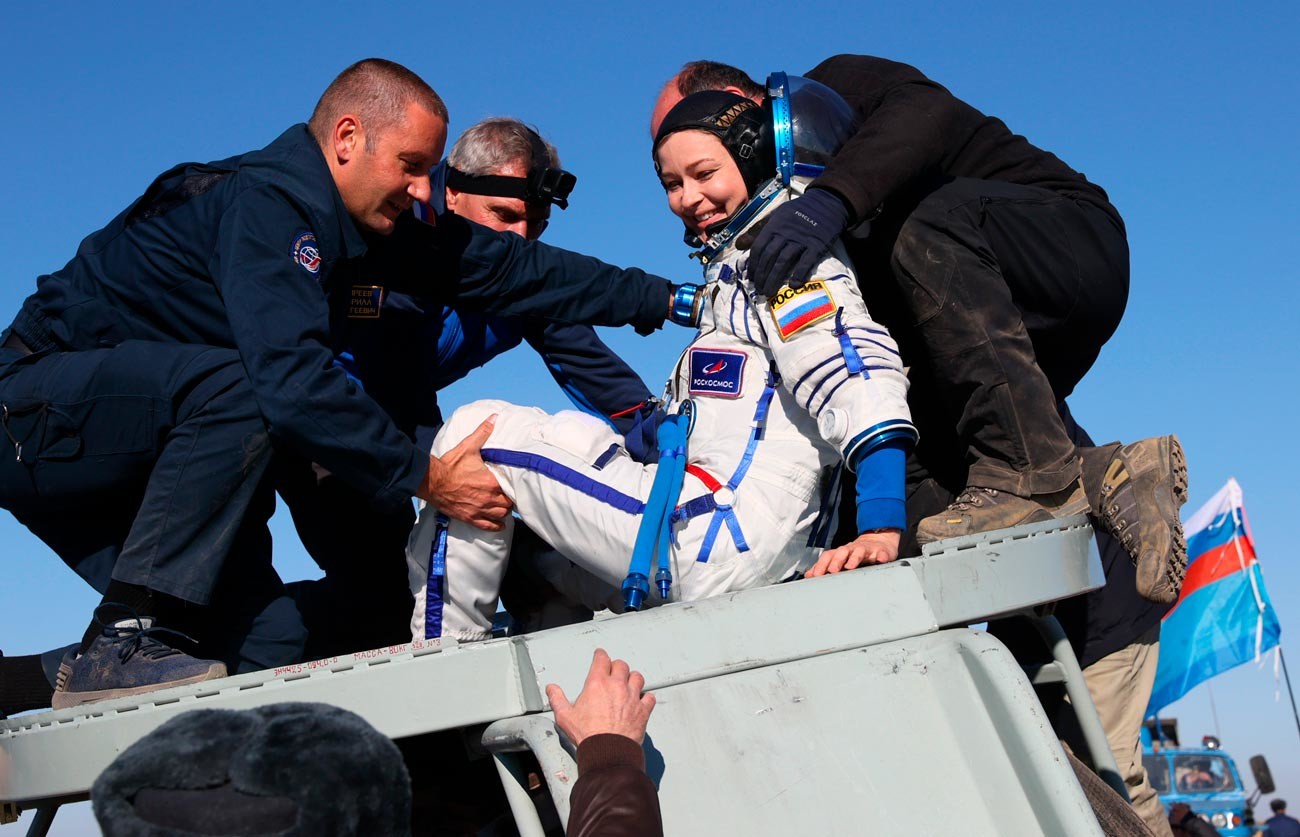 Yulia Peresild also had a vivid impression of the landing.

“When the parachute opened, the capsule got so spun up! Plus all these overloads. We experienced them before, but now it was a little different. It’s one thing when you feel it all on simulators, but it’s another thing when you’re in real life, you realize it’s all happening to you. You’re seeing the capsule you’re flying in is on fire,” said the actress. 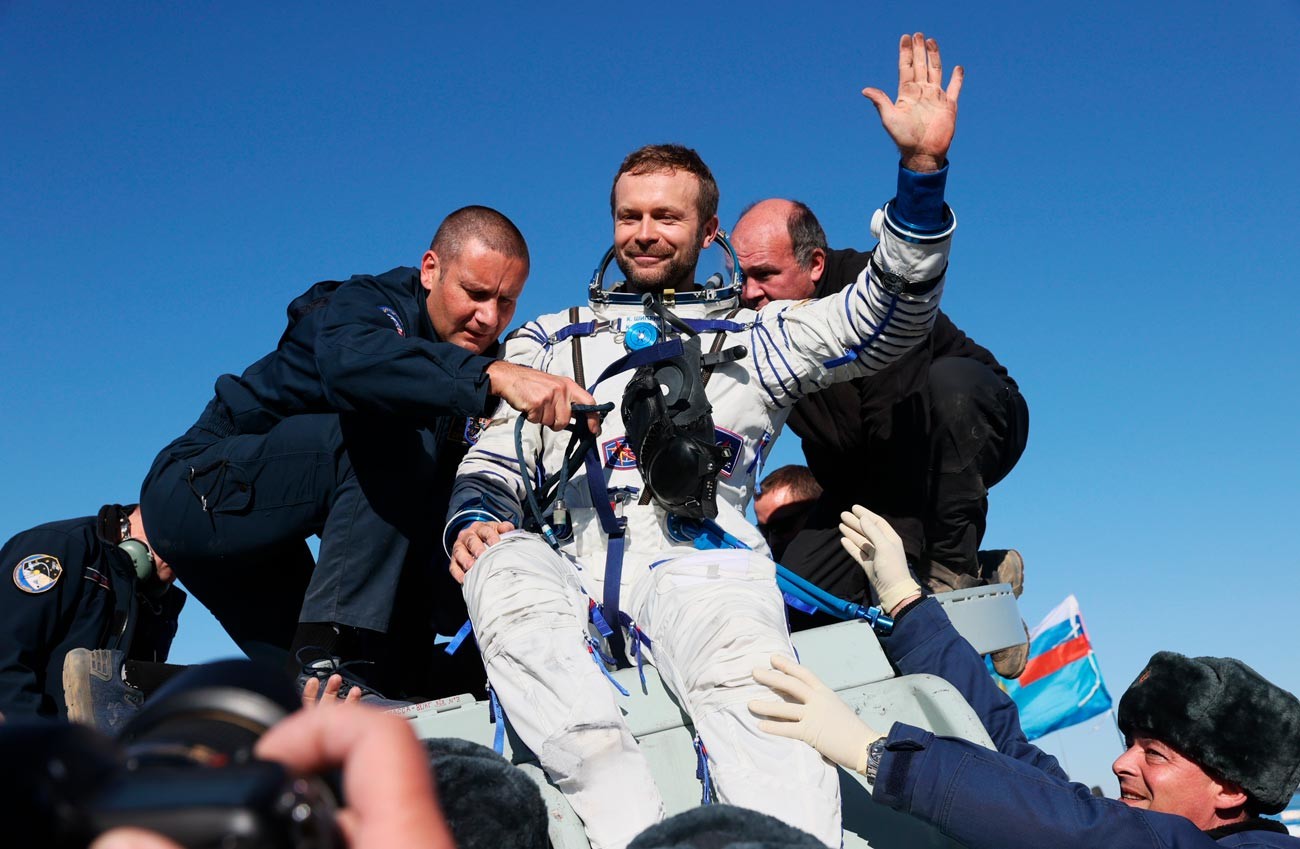 According to her, at first after the flight she didn’t feel well.

During the flight, the team had to shoot 35-40 minutes of footage. General Director of Channel One Konstantin Ernst said that the crew had fulfilled 120% of the shooting plan and the footage turned out cinematic. 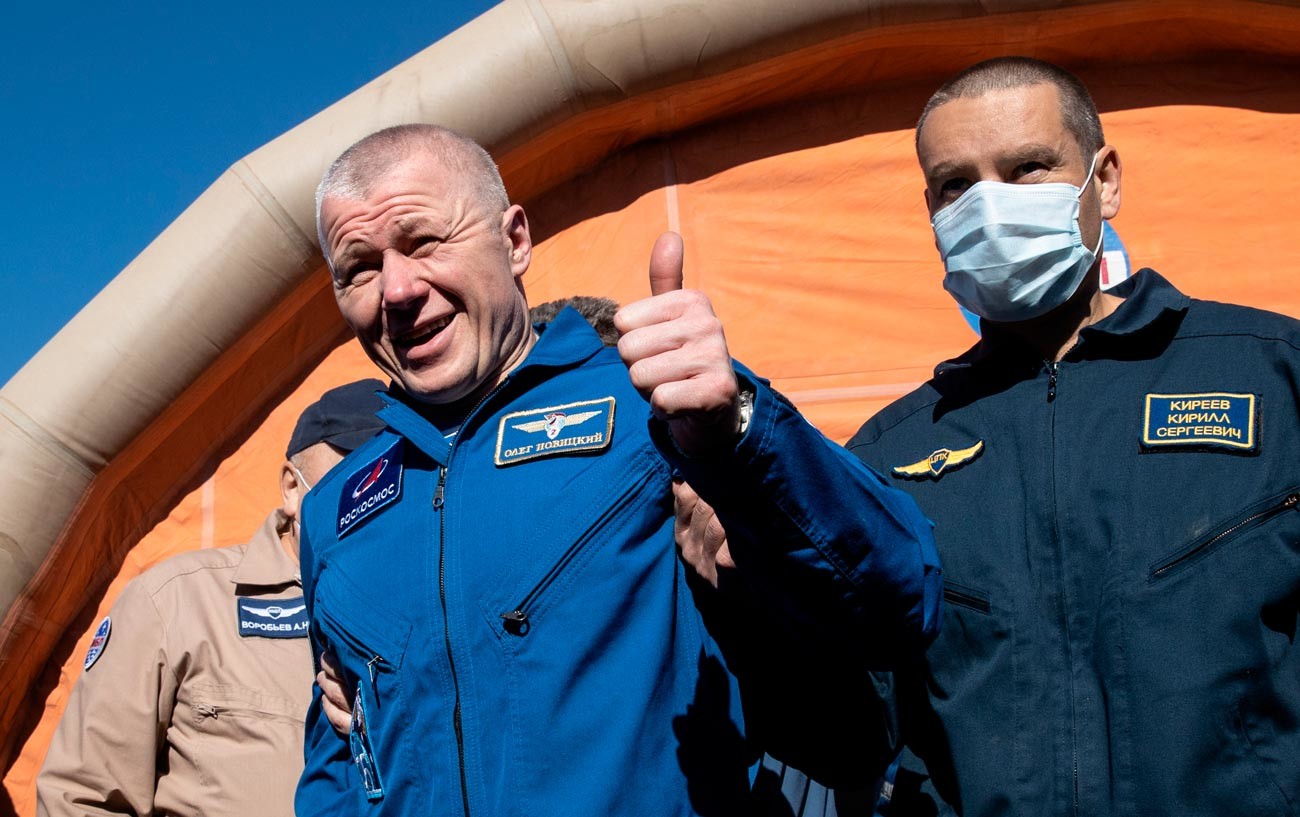 Peresild, in turn, said that the shooting was hard - Klim Shippenko had to also be a cameraman, a director and a member of the lighting crew, while Yulia doubled up as a makeup artist and a costume designer. She also admitted that the members of the film crew almost did not sleep for 12 days of shooting, as they were afraid of deteriorating in the following days and feared not having enough time to shoot the material.

“Everything was on the verge: it seemed that you couldn’t go any further, but with some extra effort everything worked,” said the actress. 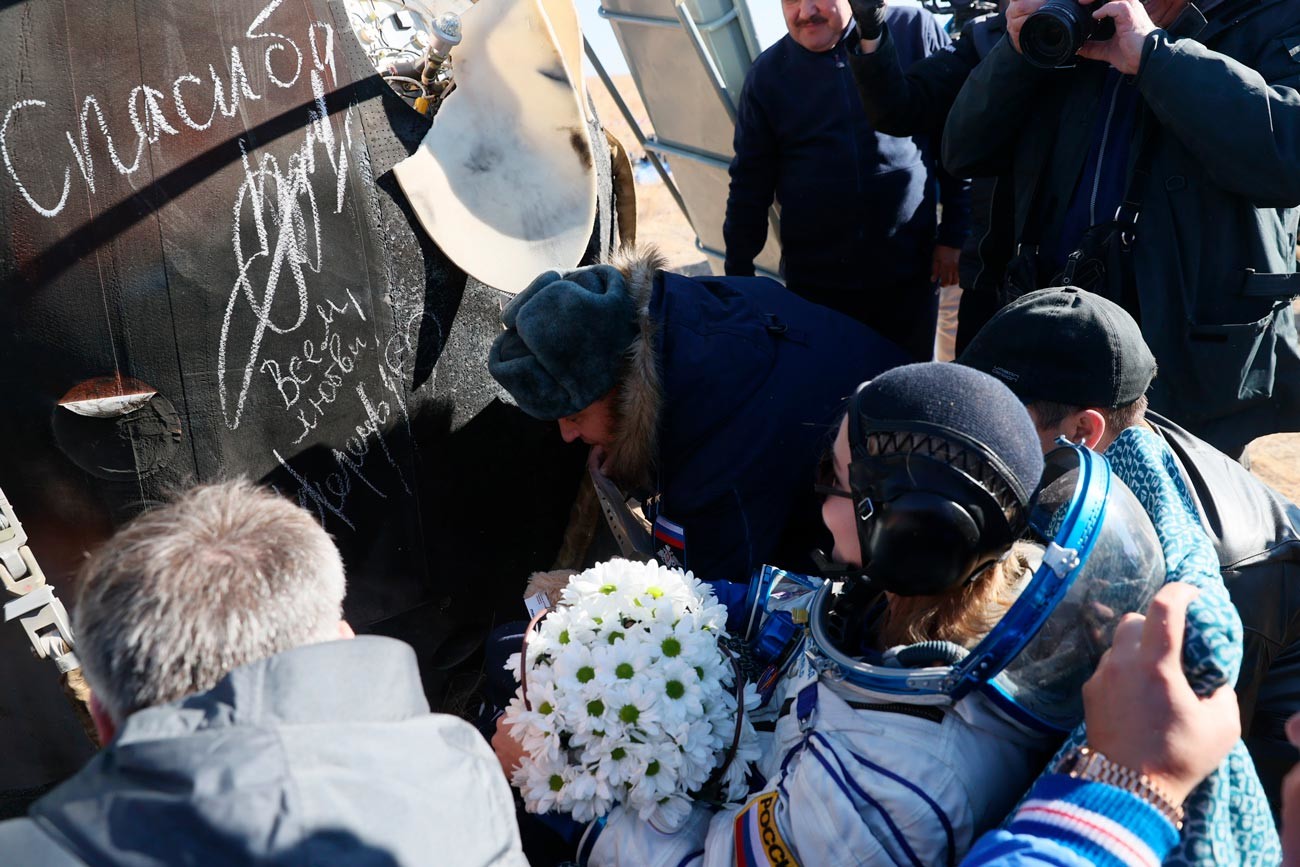 After the historic flight, Peresild, together with actor Vladimir Mashkov, who is also involved in the movie, left inscriptions on the body of the landing pod. Yulia wrote: “Thank you!” and Mashkov: “Hurray!”

Now, Peresild, Shippenko and Novitsky are undergoing the first stage of rehabilitation in Star City. For Novitsky, it will take three weeks and then he will be sent to a sanatorium, as the cosmonaut returned to earth after 191 days in space. For the rest of the crew, rehabilitation will take about a week. 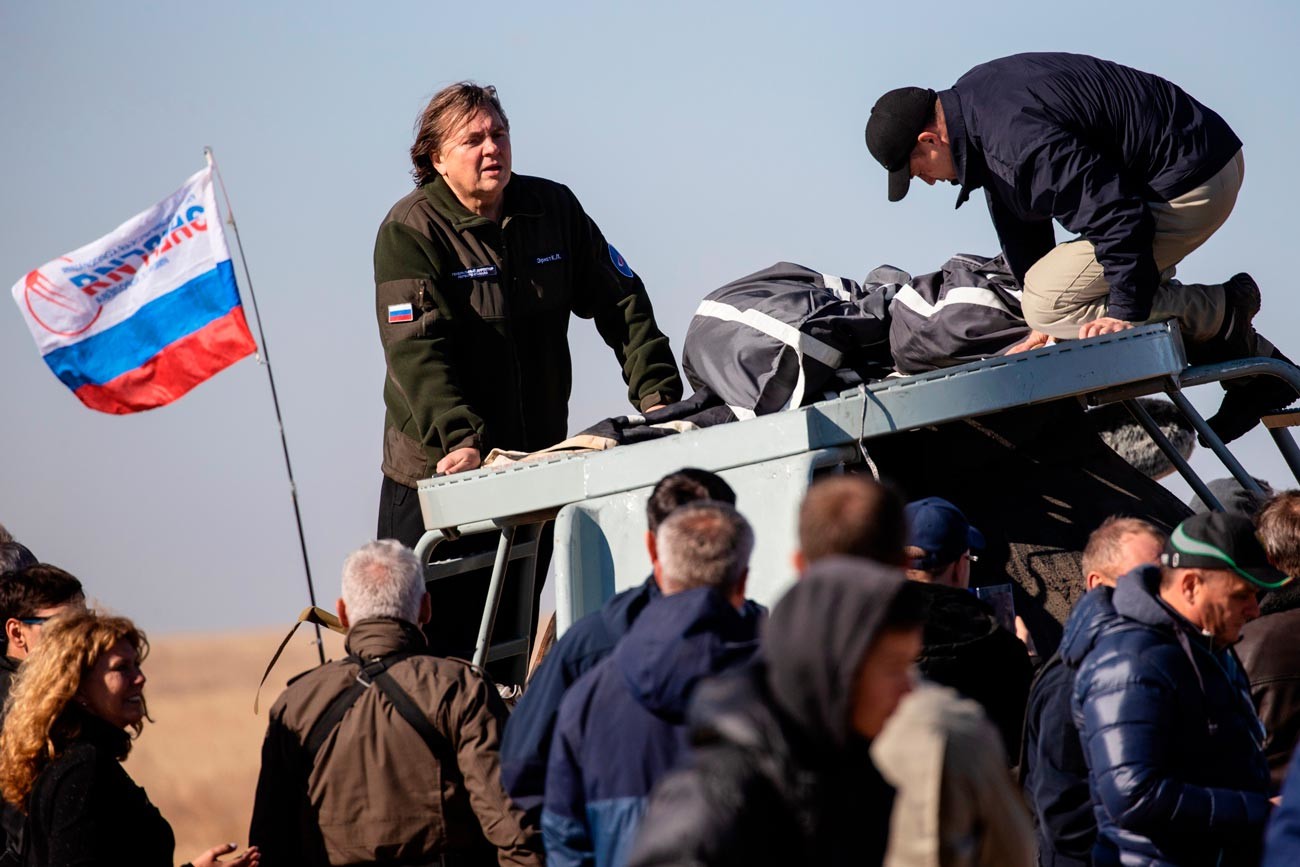 READ MORE: Who is Yuliya Peresild - the FIRST actress to shoot a movie IN SPACE?