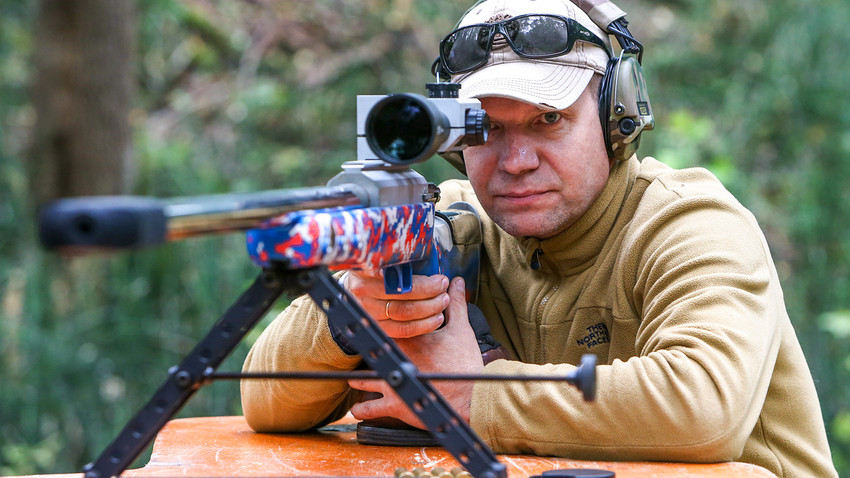 Vladimir Gerdo/TASS
Some of these records weren’t included in the Guiness book, but were still immortalized in weapon history, as are the names of their creators.

Russian arms manufacturers were always famous for creating some of the most efficient and reliable weapon systems in the world. Some of them were created specifically to set world records and showcase the potential of the county’s arsenal.

The most powerful atomic bomb explosion 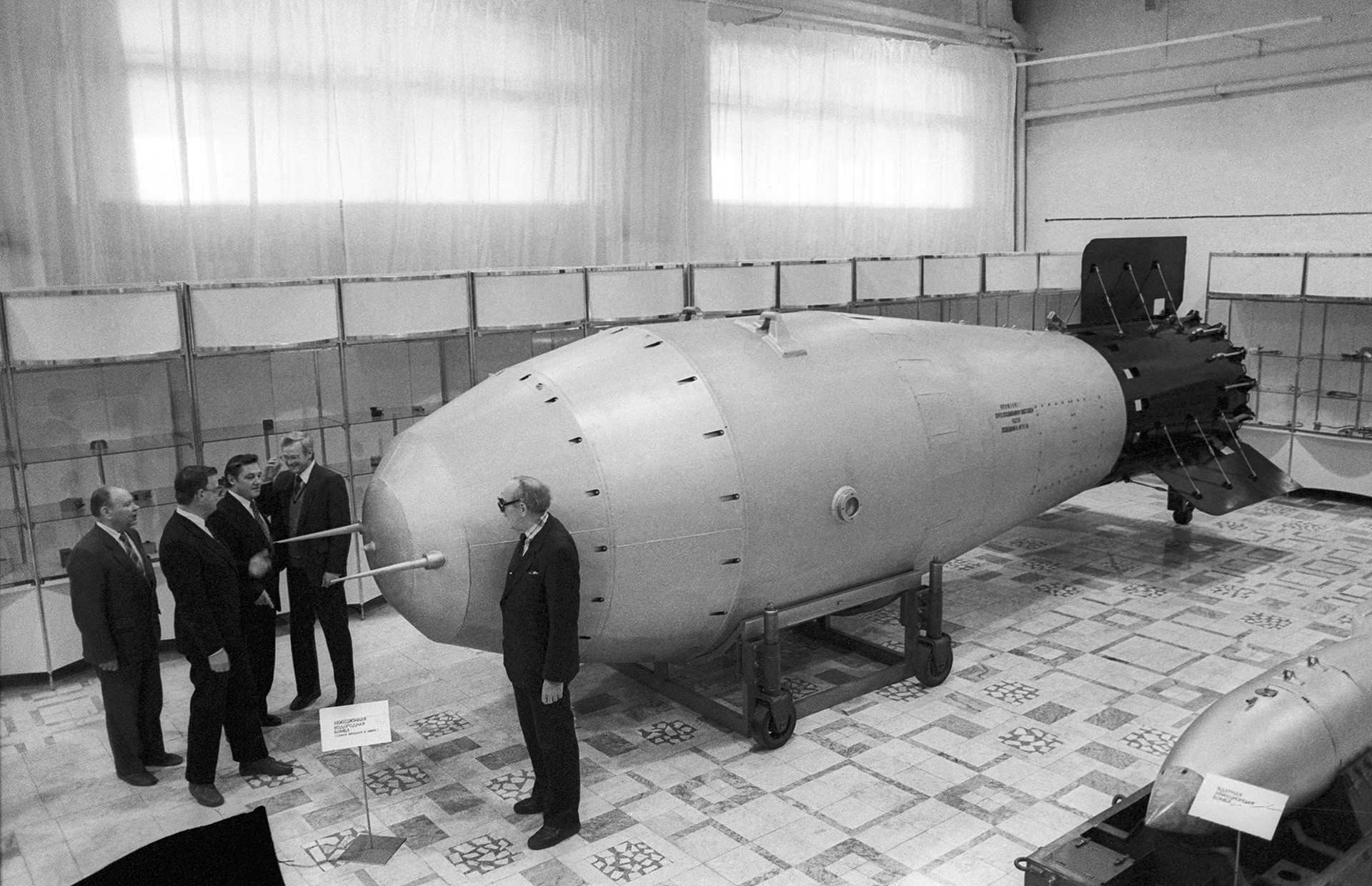 On October 30, 1961, the USSR exploded the most powerful hydrogen bomb in the world with the power of about 58 megatons in TNT equivalent. The bomb was nearly three thousand times more powerful than the atomic bomb dropped by the U.S. on Hiroshima in 1945. Today, such a test and its effect look horrifying, although, unlike the bombing of Hiroshima, no one was harmed by the explosion. The Soviet Union considered this test necessary to show its power to the USA and to prevent real conflicts.

The explosion showed the Soviet’s capabilities of creating the most powerful nuclear charges in the world. The test led to the signing of the ‘Treaty Banning Nuclear Weapon Tests in the Atmosphere, in Outer Space and Underwater’, which prohibited all test detonations of nuclear weapons, except for those conducted underground.

In the beginning, the power of the Soviet bomb was 100 megatons in TNT equivalent. But after experts calculated the impact of such an explosion on the environment, it was decided to test the bomb with a reduced charge.

In order to conduct the test, engineers had to upgrade the heavy strategic bomber Tu-95, as the test nuclear charge couldn’t fit inside of the plane. They manufactured a special device that would secure the bomb beneath the fuselage during the flight.

Military command also had to decrease the bomb’s fall speed so the plane would be able to safely fly away and the crew wouldn’t suffer from the nuclear explosion. In order to do so, engineers added three specially created parachutes that decreased the falling speed up to 20-25 meters per second.

The thermonuclear charge was dropped from a strategic bomber and detonated 3,700 meters above the ground. By the time of the explosion, the plane was able to fly over 45 kilometers away, but could still clearly see the “atomic mushroom cloud”.

The most powerful non-nuclear explosion 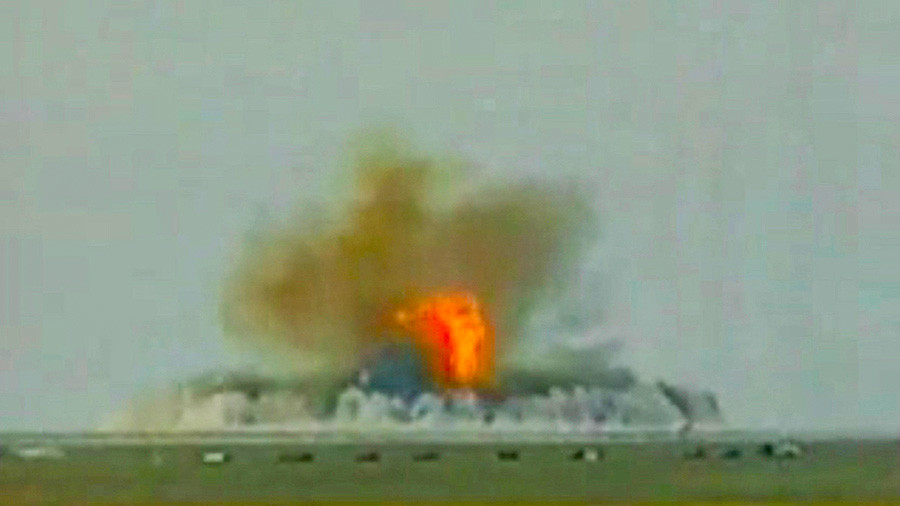 Fireball blast from the Russian "Father of All Bombs", with the beginnings of a mushroom cloud

The Russian army also has the most powerful non-nuclear bomb in the world, which is unofficially called ‘Father of all bombs’.

It was created by the Russian military as a more powerful analogue to the American GBU-43/B Massive Ordnance Air Blast (unofficially called the '‘Mother of bombs’). The weapon had a firepower of 10 tons of TNT and was used by Americans during the war in Afghanistan in April of 2017, after having spent decades sitting idly in arsenals.

The original name of the Russian weapon is ‘Thermobaric Air Bomb’ (TAB) and has the power of 44 tons of TNT. The test of this weapon was conducted on September 11, 2007. Yet, afterwards, the weapon never ended up being used in real battle circumstances.

Its destructive power is comparable to that of nuclear warheads. But, unlike the warheads, it does not leave behind a radioactive cloud, thanks to the so-called “thermobaric explosion”.

It works as follows: the “nose” of the bomb contains a device that, when wound up, diffuses the explosive substances inside the shell.

Once the explosion time arrives, the aerosols inside of the bomb turns into a mixture that is detonated by the fuse.

The bomb creates a striking wave that at the point of explosion forms an airless vacuum. And, due to this change of pressure, all objects in the explosion’s epicenter literally explode from within, be it people, fortifications or any other defensive structures belonging to the enemy.

The weapon has never been used by the Russian armed forces and is kept under locks in arsenals to be used only when no other means are possible.

The longest sniper shot in the world 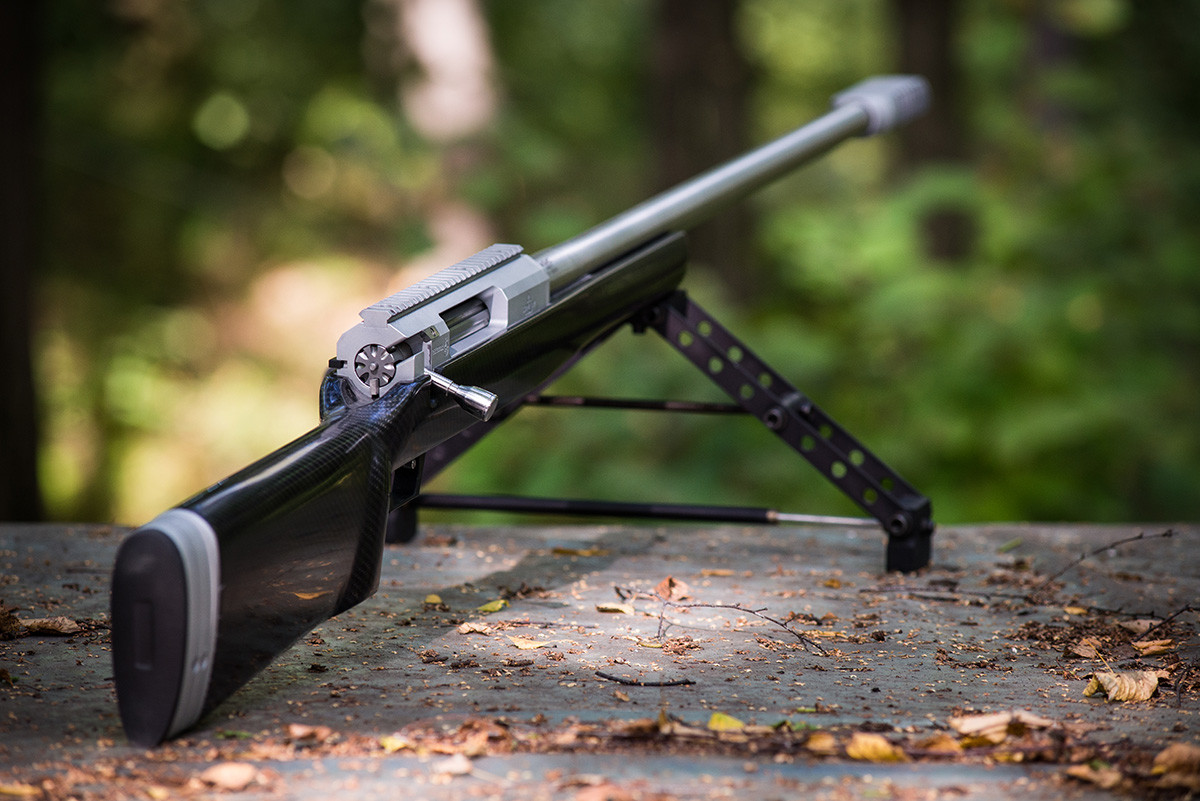 Russian arms manufacturer Lobaev Arms holds the record for the longest sniper rifle shot in the world. Their SVLK-14S holds the record of a precise hit of 4,200 meters away (it’s further than the horizon line). The record was set in September 2017. The previous record was held by American shooters, who used HCR’s Extreme Long Range Tactical rifle with the 375 ‘CheyTac’ caliber.

The weapon is chambered with an improved version of a .408 CheyTac (10,3 mm) round with bigger volume and higher velocity. It’s a one-shot weapon with no magazine created specially for such sniping records.

It’s made out of carbon fibre, which is actually a mix of plastic, fibreglass and kevlar. It’s a durable substance that was created to withstand vibration of a heavy 900-mm long steel barrel and the most powerful round in the world and its recoil.

Each shot from this rifle can penetrate a metal rail 3 cm thick, so no body armor plates in the world would save a person from it.